Try a gallon of Aircraft paint stripper. this stuff has usually what it takes to remove the paint, but beware gloves and a respirator are a necessary evil, this stuff is hot,

SerpentHunter said:
I have a dumb military trailer question. How did you strip off the original paint on the trailer in this post? ... I asked a local sandblast guy and he said it could get into the hundreds of dollars to remove the paint, more than the trailer is worth IMHO.
Click to expand...


In the case of my trailer, I took it to the local sandblast guy. Told him about the CARC and he didn't seem to be concerned. He did a bang-up job (he's a member of a local tractor restoration club and does mostly that.)

I asked him to be careful not to over-do the floor (this is something to be cautious about with any of these trailers that has set outside for awhile) and he got it down to bare metal, but minimized erosion making for a small patch job.

He charged me $200 to do it, which I considered very fair.

Painted it myself after bringing it home on a dry day.

What I'd do in your situation is try to find another local sandblast guy. It took me a couple of tries. The first guy I called had died since he put his Yellow Pages ad in, unfortunately, but I kept looking and found one. Regular sandblasting needs pretty good protection; I'm not sure what other precautions need to be taken, but your contractor will know whether or not they're OK with it. My guess is that someone will be willing to do it for a reasonable price if you keep looking.

I discoverd that Swampman lived close by - he fabricated one of his lids for me... great guy. [/ATTACH] 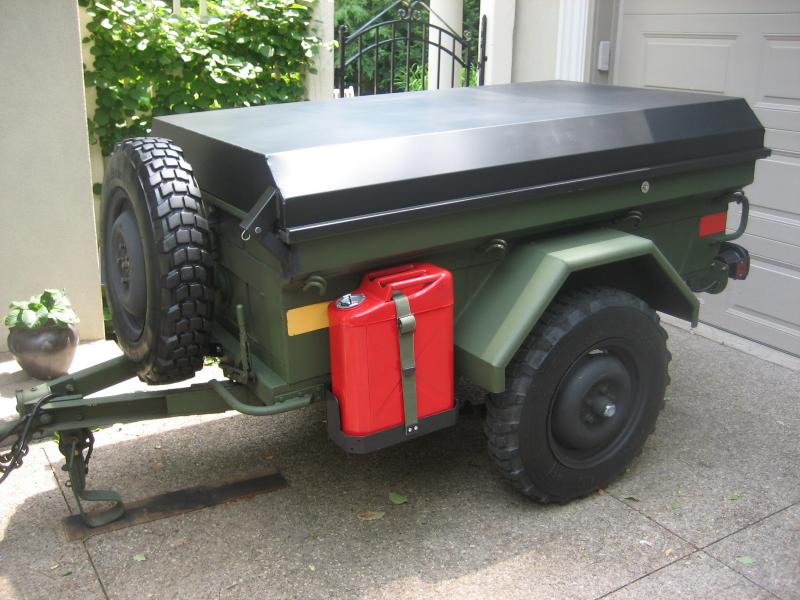 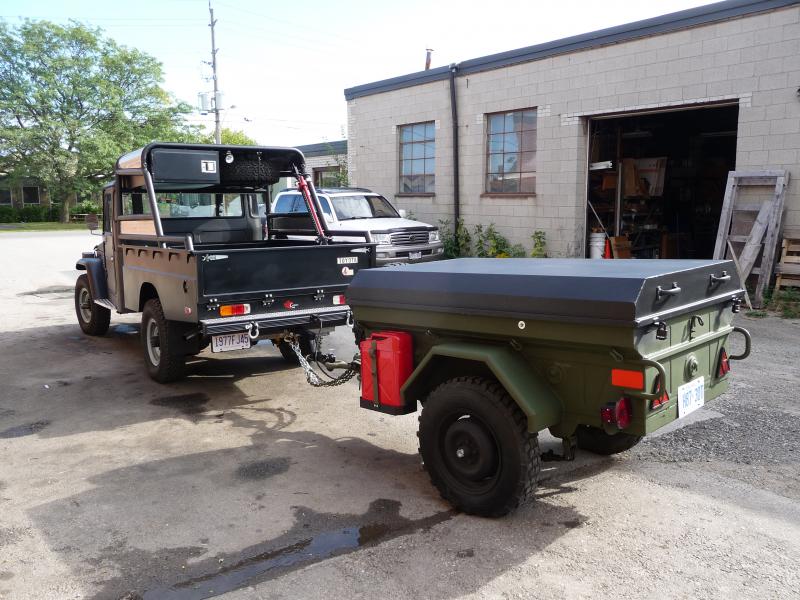 Nice trailer! Swampman's lid build is icing on the cake.

That 45 don't look too shabby, either

I discoverd that Swampman lived close by - he fabricated one of his lids for me... great guy. [/ATTACH]
Click to expand...


What type of spare tire mount do you have there on the front of your trailer? Please post pics of how you mounted it and with the tire off. Thanks!

Sorry, can't post a photo at the moment as the trailer is in off-site storage for the winter (not that we had much of one this year)...

I can tell you that the tire is mounted on an Iltis spare tire hub and hood bracket, which was then modified slightly so it could be bolted directly to the trailer - the assembly is removeable. It was designed to allow the lid to be raised (note hinges at front) while the spare tire is in place, and it also allows access to/operation of the parking brake.

The downside is that it does shift weight forward and makes the trailer tongue heavier.

I'll try to post pictures with the spare off once I get the trailer out of storage. Hope this helps!

Okay... I finally managed to get pictures taken of the spare tire mount on my Cdn M101. Hope this helps - sorry for the delay! 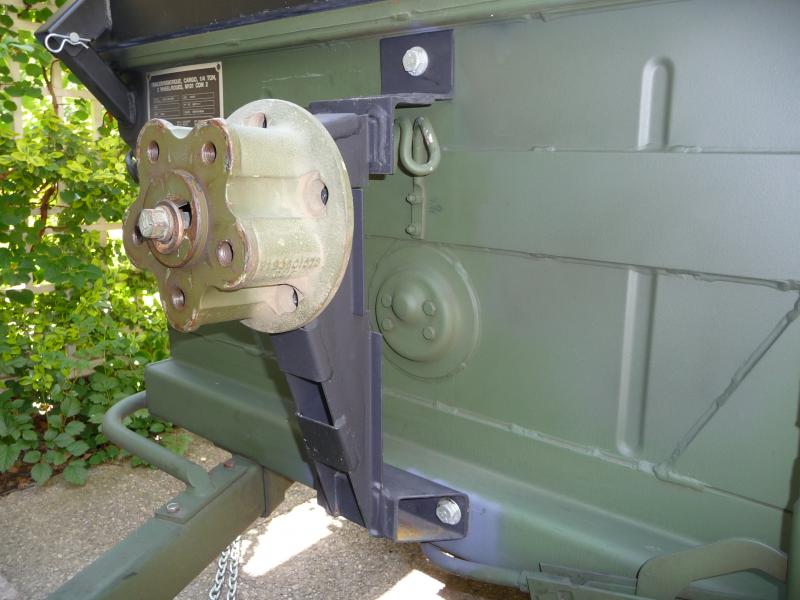 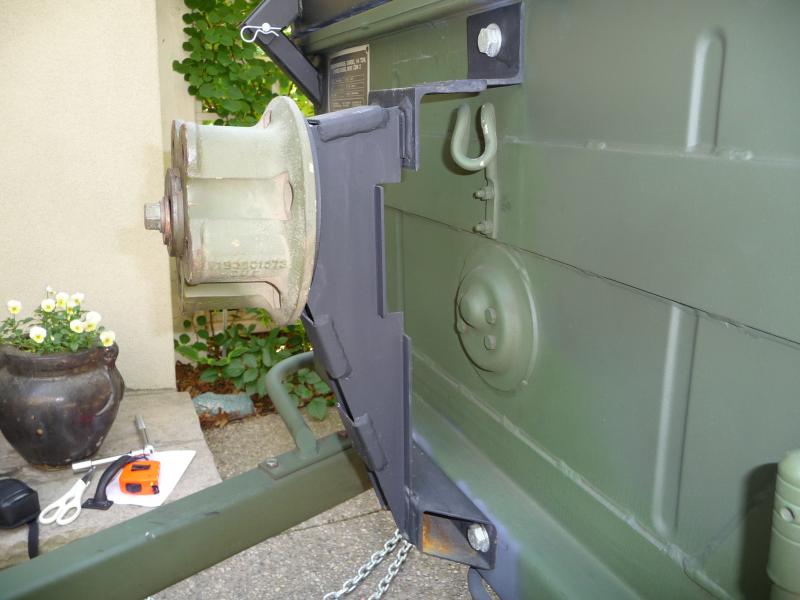 Location
Always on the Run

what kind of spare tire holder is it from? OEM CDN M101 or Iltis tire holder?

It's from an Iltis spare tire holder.

Nice install. I like how it clears the tiedown hook and preserves its function.
You must log in or register to reply here.