You may have seen a product announcement in the Nov/Dec 2019 issue of Toyota Trails about these. If you didn't, then go sign up to be a TLCA member! great magazine...

Wanted to share most of my impressions with these new fridges, figured this was the right spot to do it. Here goes...

I have always been drawn to different approaches and solutions to the challenges we face as we build up and modify our vehicles, and in some ways it’s become one of the things I am known for in this little hobby we all share. So as I further develop new products and introduce new product lines at Gamiviti, a big push is to stay unique, knowing there’s little value in a me-too approach competing only on price. This approach has become a pillar of success here, and something our friends and customers have come to expect from us. So that approach remains a core value through all the various small business hats I wear including designer, consultant, fabricator, and occasional influencer.

Now most of us agree on the benefits of having a powered refrigerator in our rigs; no ice, no mess, take the mustard from the kitchen to the truck, go camping, bring the mustard back into the kitchen. One of my big contentions has always been the benefits are not limited to out on the trail or some extended overlanding expedition, but in everyday life with the ability to get groceries at 11:00am on Tuesday as you prepare for the weekend, or just having cool drinks around all the time. We take this for granted sometimes only to be reminded just how cool it is when bringing another kid home from a soccer game, who marvels at how he’s just been handed a cool sports drink from a hot car. Yeah fridges are cool, pun intended.

So imagine my delight in June 2019 when I met the team from ACO Solar, who presented me with the first ever solar-powered portable fridge/freezer. Now you may be thinking your fridge is already solar powered… I mean, you’ve got the panel set up, the charge controller hooked to the truck, which powers your battery, which powers your fridge right? Correct, but these new Lion Coolers bring all of that internally, with built-in battery and built-in charge controller. So it runs completely stand-alone, even outside of the house or vehicle. No one else in the overlanding world has seen this... ok sweet what a great opportunity!

Excited, yet skeptical, I placed my first order and took delivery of their two most popular sizes, the 30 and 40 liter. I also picked up their recommended 90w foldable solar panel, which will plug directly into the fridge. I then set out to attempt to defeat the manufacturer’s claims, knowing that if I don’t uncover the truth first, the market will, and I’m big on setting realistic expectations and under promises. I mean, how well could these things really work? My reputation as a fridge/freezer connoisseur hanging in the balance, I set out to put these through their paces, using an approach that has transitioned my relationship with ACO from customer to consultant, as they are now looking to me for product development ideas and feedback, something I am happy to do. So yes I have already shared this feedback with their engineers, and am pushing them to implement a lot of my recommendations.

Now I’ve owned and used portable fridge/freezers for about 15 years now, units including Engel, Edgestar, and Dometic, and have experience on trips with others’ ARB, Snomaster, and National Luna units. Not enough space to list out all the similarities and differences, but point being I feel fairly well qualified to do some fridge testing. My testing was done in 3 main phases, which we’ll refer to as the back patio, Lake Powell, and Rocky Mountain Overland Rally. The back patio test involved a full 40L fridge running stand-alone, powered only by its own battery and solar panel. Lake Powell took the same equipment on a houseboat for a week. And then a similar test at the RMOR, using the smaller 30L. The back patio was the most focused, with data recorded hourly on fridge temps and battery condition, the two camping trips were slightly less scientific, yet in the end the three tests combined led us to some fairly solid conclusions. Oh, and may as well add a fourth test, in that we’ve had one of these installed in our GX470 for 4 months now, being mistreated whenever possible. Here’s what we learned:

On the back patio, the fridge died on day 4… meaning it ran for 3 days, but on the morning of the 4th it was out of power, and the battery pack’s power was too low to be brought back from the solar panel alone. I was pushing for defeat here, seeing what would happen if the fridge was left in the sun at times, solar panel allowed to get behind a tree, etc., really wanted to get a feel for how much of these variables I needed to control. In Lake Powell we saw similar performance, but were able to keep the fridge alive with the occasional boost from 110v- the houseboat group we were with would fire up the generator in the mornings and evening for about 30 minutes to make coffee, run the AC, so I took the liberty of getting a battery boost when that was available. Without that, and we’d have seen fridge power ending around day 3 or 4, like on the back patio, but with the periodic 110v boosts we were able to last the week.

The best test was at the RMOR using the smaller 30L fridge, where we were able to continually move the fridge into the shade, and reposition the solar panel into the sun. This worked so well I found myself with “extra” power… with a fridge battery topped off by 1:00pm, I was even swapping batteries around to charge a second. So yes if you are ok with a little project, you can keep these fridges running for multiple days only using the internal battery and solar panel. I’ll spare you the data graphs, and instead break up the results and impressions in three categories, which I’ll call the good, the bad, and the reality.

The good
The bad
The reality

ACO Power has a good history in the solar world, and they certainly know their way around the different solar panels and charge controllers. Their portable fridge/freezer market has been most popular in the boating world, being wheeled around big ski boats and cabin cruisers. They are hoping to jump into the overlanding market, and for early adopters have a product line today that brings some new benefits. We likely use these opposite of their other customers though; the others have this fridge in the house or garage most days, then only occasionally bring it to the car or boat, so the portability tends to outweigh the need for durability and ability to tie it down. But like you I’m exactly the opposite- fridges live in the truck for the most part, so new uses outside the vehicle have yet to be realized, and given my current build I haven’t fully needed the other advantages of the battery and solar, as the rig we installed this into already had a second battery and 100w solar panel installed. I think their next Gen units will be a lot better, once they resolve some of the case issue and make it more “overlandy.”

In conclusion I’d say these new Lion Coolers are a viable alternative to the other portable fridge/freezers out there at similar price points, so if you’re in the $1000 and under market, it’s worthy of consideration. They come with a one-year manufacturer’s warranty, like the others, with similar compressors to the others as well. I can see a case being made for using this in multiple rigs, or in a rig without a second battery, or a rig that only has switched 12v power going to the cargo area. Being able to run on battery-only makes it possible to bring this to the sidelines for a soccer game, or onto the golf cart with you, out onto the deck for a party, or inside your hotel room at night, all benefits that may be useful someday but none that I’ve really used. Plus, given that I’ve got it strapped down it’s just a little more of a project than it’s worth to me to pull it from the vehicle. If you see a use for the added portability and standalone features, that may be enough to convince you to try one of these guys out.

I’m going to continue to use these fridges, and offer demos to folks wanting to see more. I’m hopeful the launch of the next gen lines will incorporate a lot of the feedback I’ve provided, and bring us an even better product to consider in the future. You can see more pictures of the fridge on my website, just click on vehicle accessories Products — Gamiviti thanks for reading let me know your questions/comments. 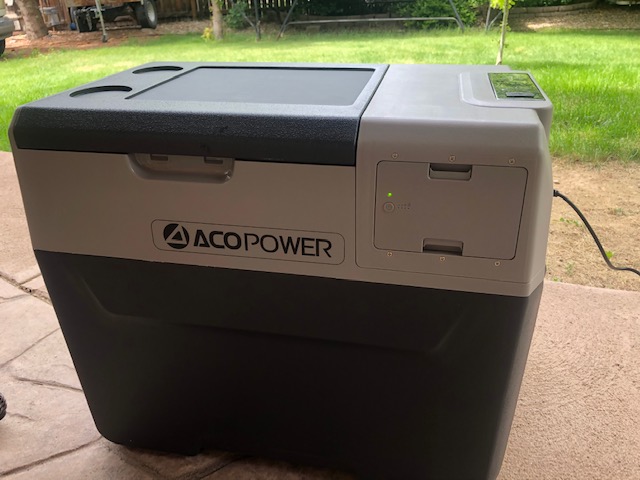 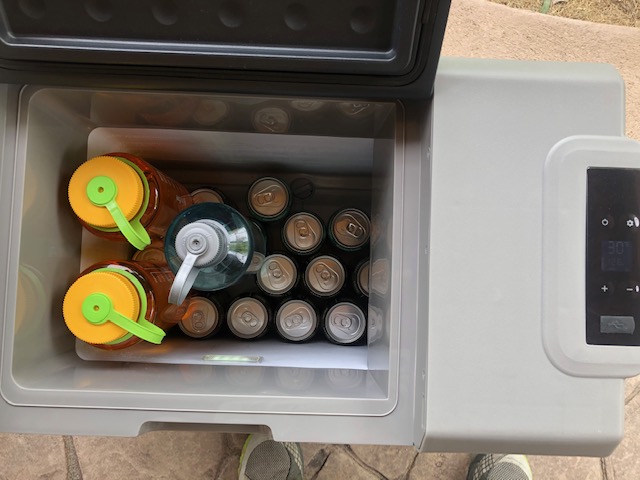 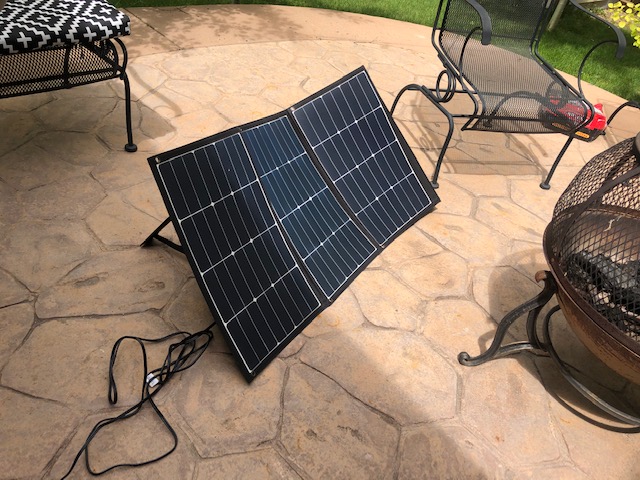 Cool write up (pun intended), i dont have any plans to replace my current ARB fridge but it's cool to see innovation and new thinking being put out. Hopefully they add some insulation to the walls or use a different kind of plastic in the future to fix that downfall.

NateMob said:
Cool write up (pun intended), i dont have any plans to replace my current ARB fridge but it's cool to see innovation and new thinking being put out. Hopefully they add some insulation to the walls or use a different kind of plastic in the future to fix that downfall.
Click to expand...

thanks for taking the time to read that! And agreed on the comments... if they can make this one more "overlandy" I think it'll do quite well.
You must log in or register to reply here.