Short story: We did not make it.

Long story: We all arrived at the two lakes camp ground on the evening of the 1st, just as planned. But not as planned was 98mm of rain causing a mudslide which took out the road just south of the campground. We could no longer get to the falls. A bulldozer arrived to clear the road. We could now make it to the falls the next day. Jason and Lara drove down to the slide a few hours later to check his progress. Turns out the bulldozer cleared the road, got stuck and another mud slide blocked it in. Jason saw the operators predicament and gave him a ride back to his truck so he could get home. We could no longer make it to the falls.

Morning rolls around, breakfast was eaten, coffee has been drank and we are planning a different trail run that we were told no truck would ever make it through. Then a guy from another camp site pulls up and says we are trapped as there is another mudslide that has covered the road to the north of us. This also blocks us from getting to our trail. We drive up the road to check out the new mudslide that is blocking us in and decide it is passable if needed. We see a few work trucks on the other side who tell us they are bringing in an excavator to clear mudslide #3 so they can clear mudslide #2 that is blocking in the stuck bulldozer that was clearing mudslide #1. They also warn that once the road is clear and they have their bulldozer they will not be back for at least a week due to safety concerns and recommend we get out while the road is clear.

We took their advice, packed up camp and drove out once the road was clear. Our wheeling trip quickly turned into a camping trip and we drove south stopping at Rock Lake (they had a flooded camp ground) then drove over the cardinal divide and spent our last night at the brazeau river bridge.

Post up any pictures you took along the way!
J

Fifth is flooded roads at the rock lake camp ground 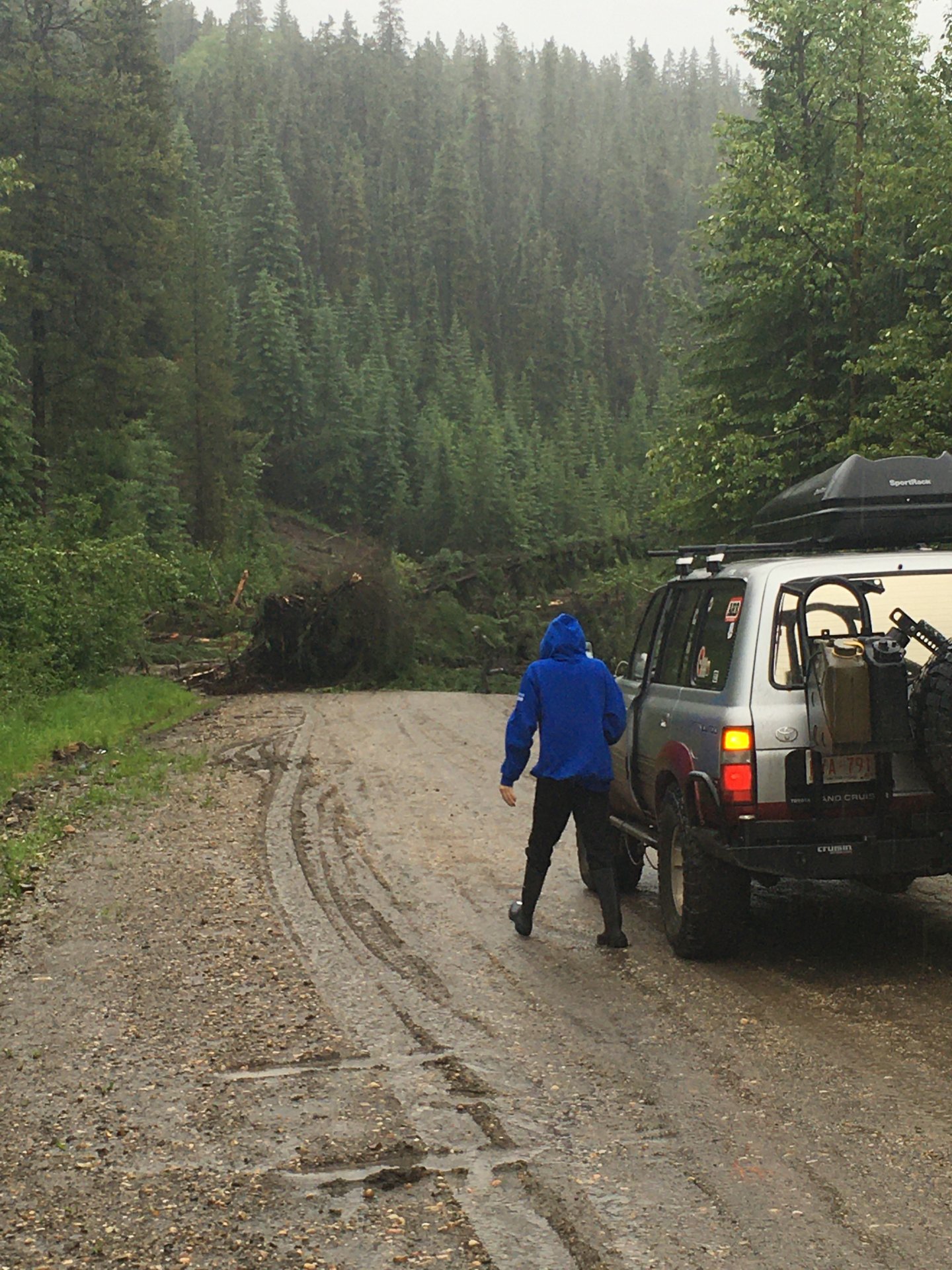 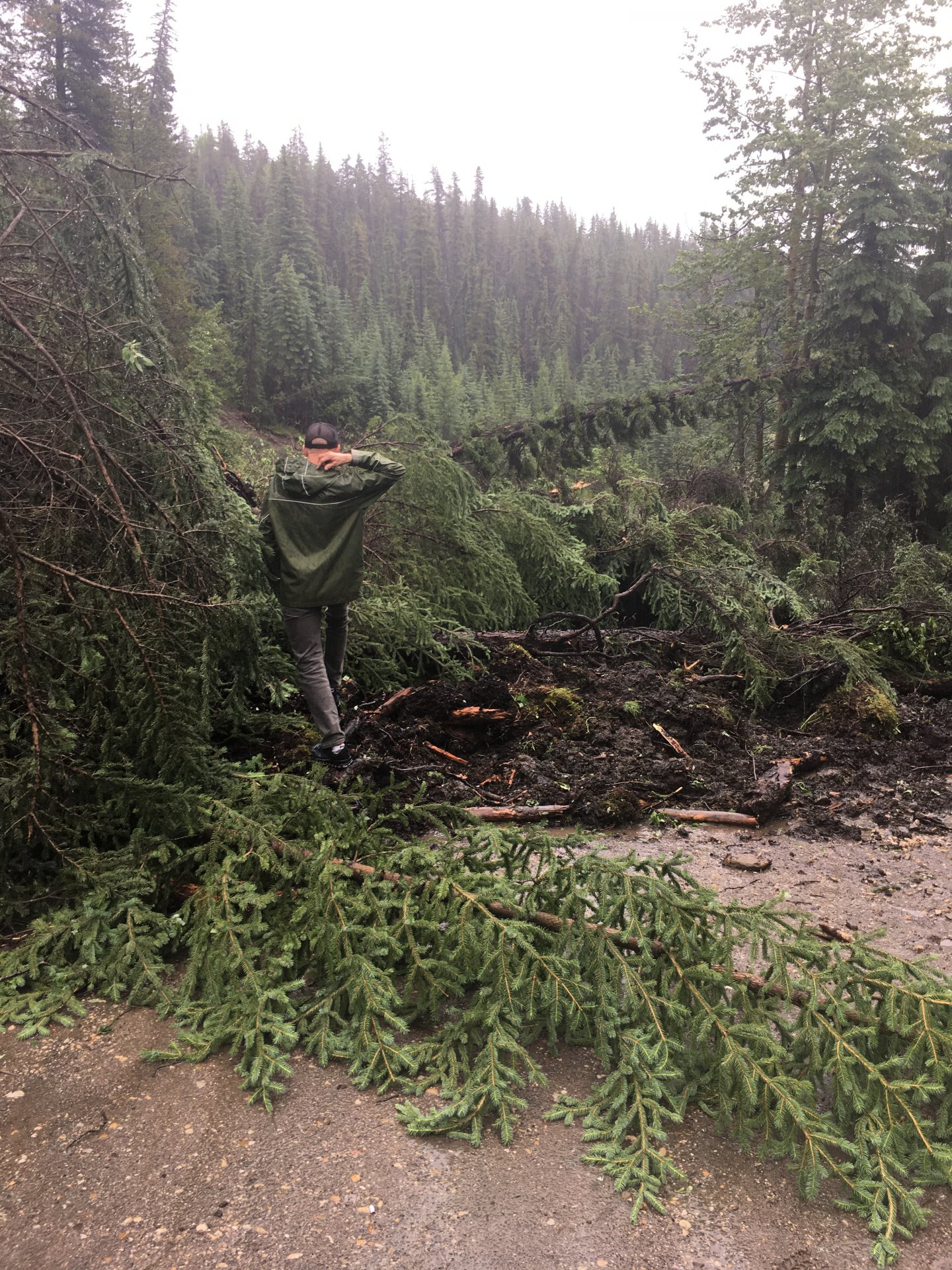 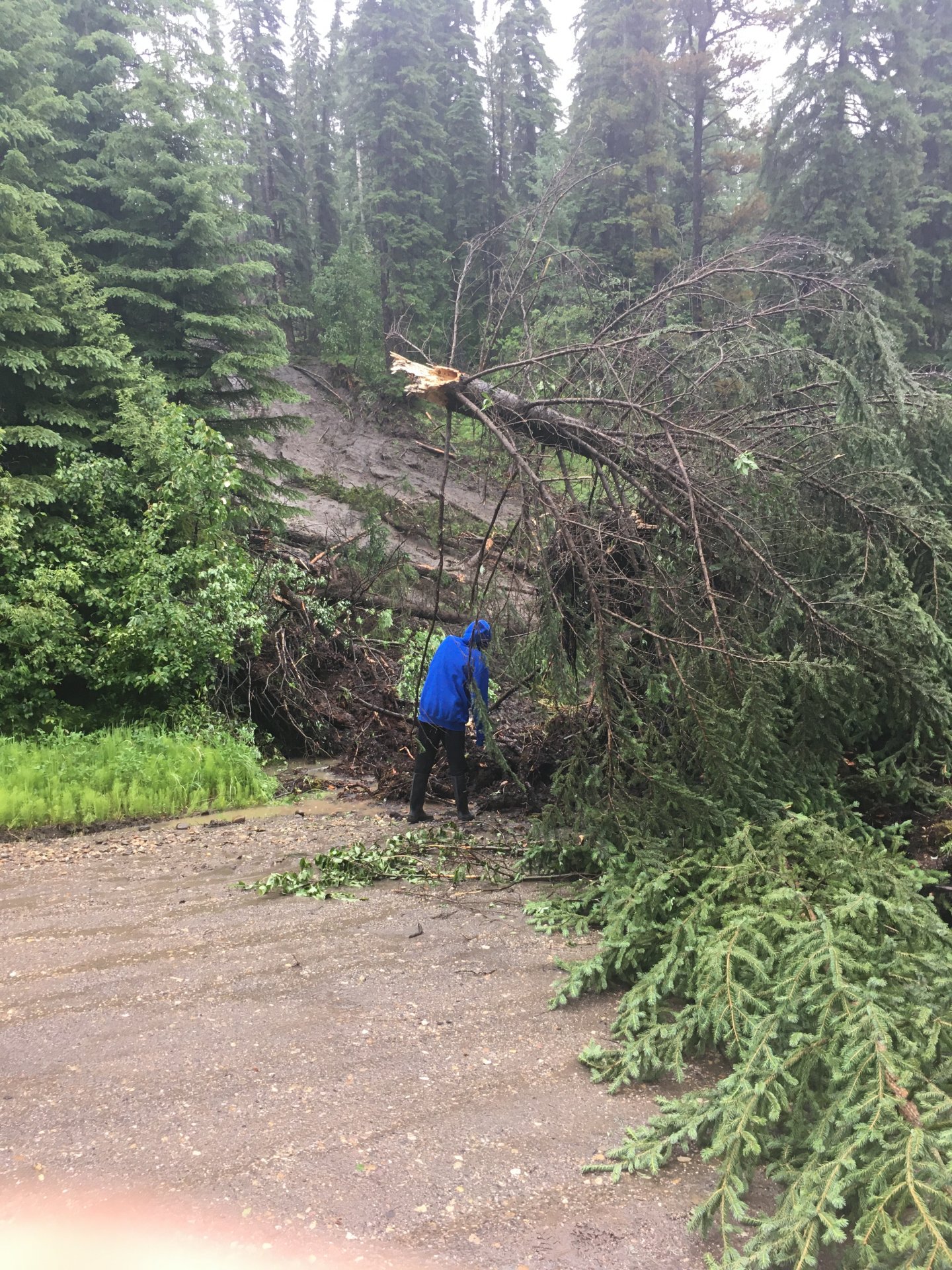 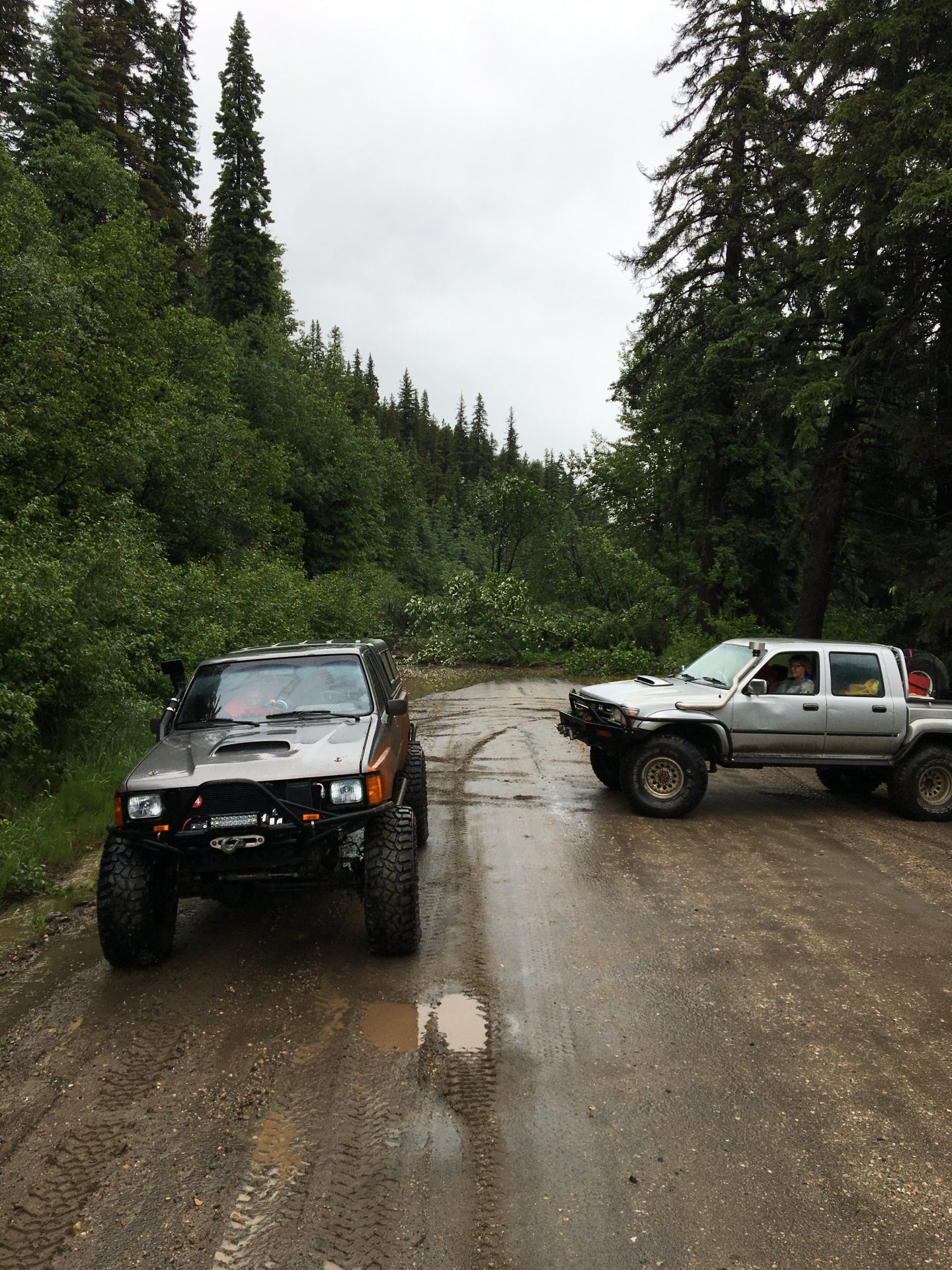 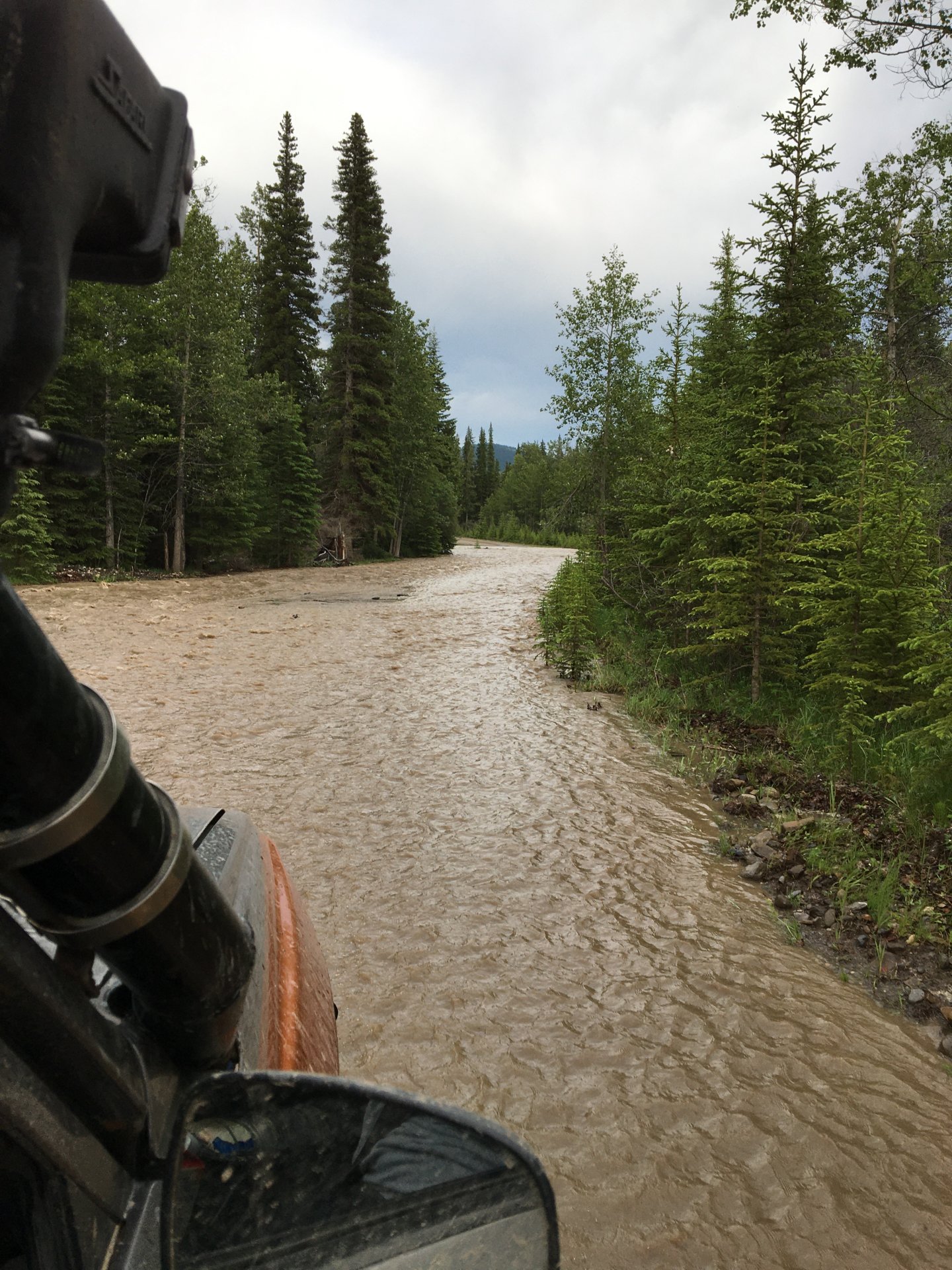 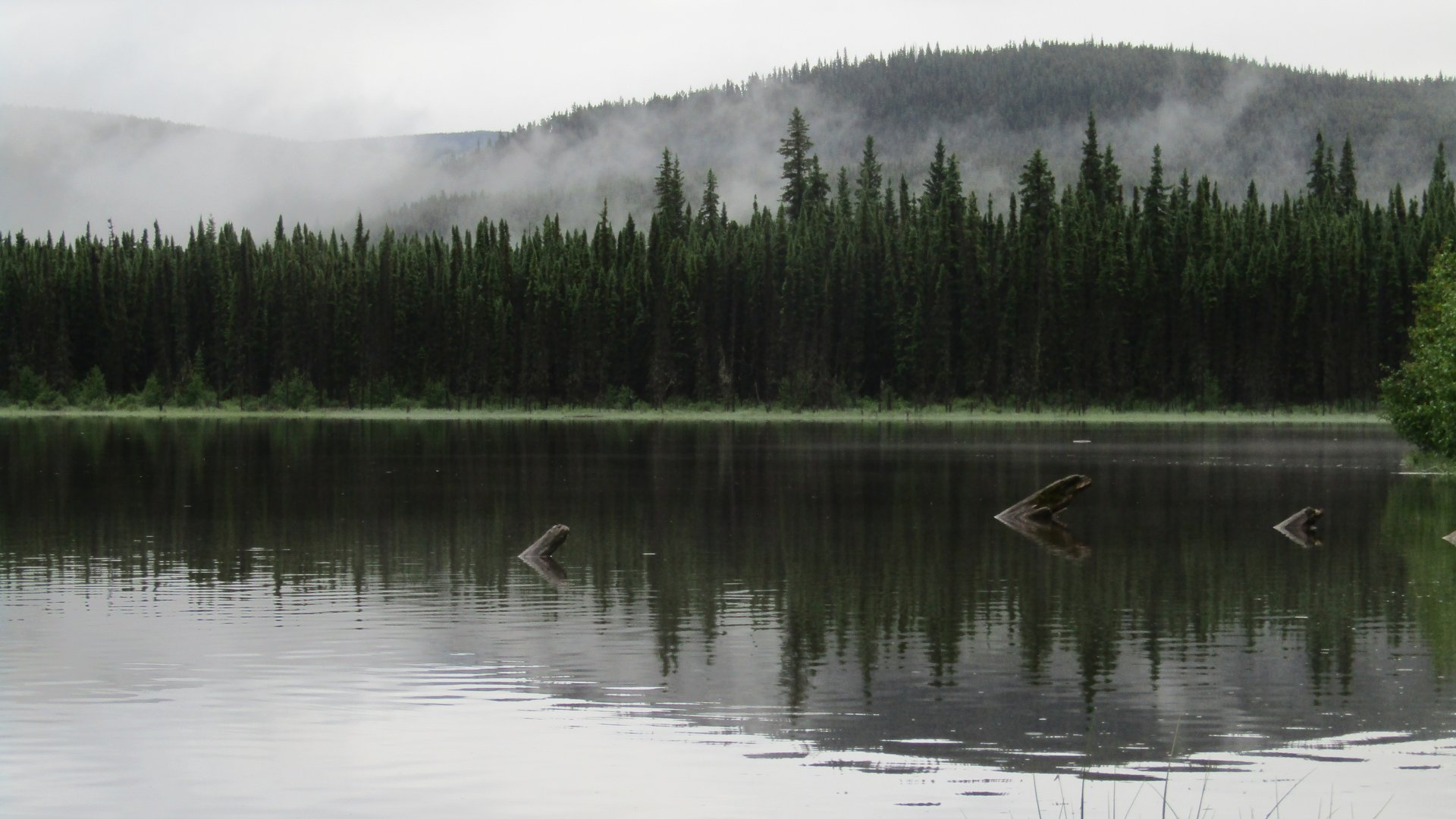 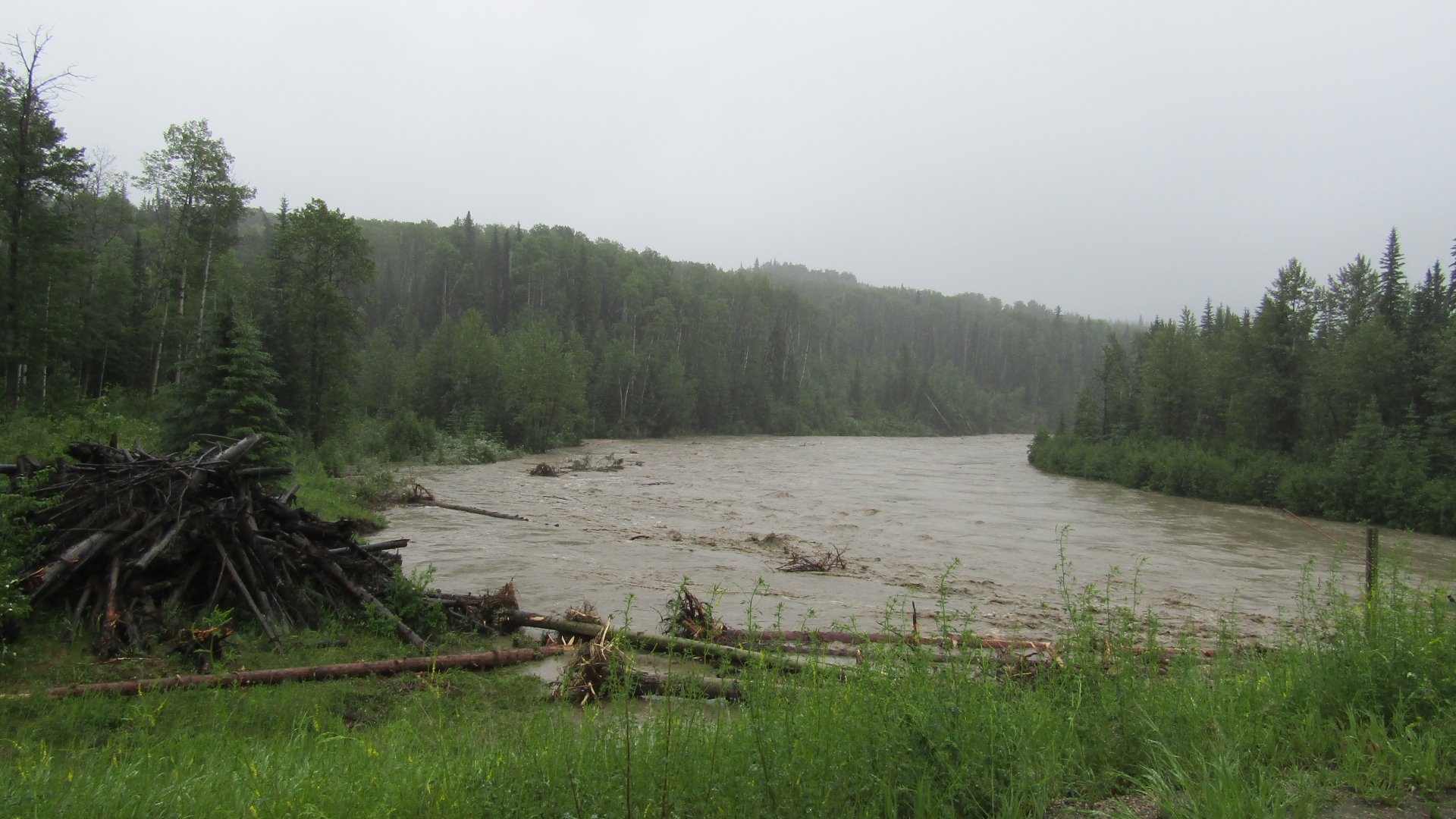 Has anyone been up there in the last week or so? was thinking of heading up Saturday?

Not from this group. I saw somebody post pictures of the falls from July 19. Looked like a lot of water going over. Water crossings may be a bit higher than normal August level and you may need a lot of fuel for chainsaw of downed trees. Let us know how it goes!
You must log in or register to reply here.