Here are a few examples of the electrical shenanigans I was talking about last night:


My glow plug system uses a glow timer (ecu) to control voltage and duration to the glow plugs through the use of two relays, a water temp switch, and a resistor (the sender in the sketch).

I'm trying to translate the voltage flow diagram to something that I can actually use to make a harness with the connections in the right spot.

This is the glow resistor that has the #87 hi-current source from the glow relays. 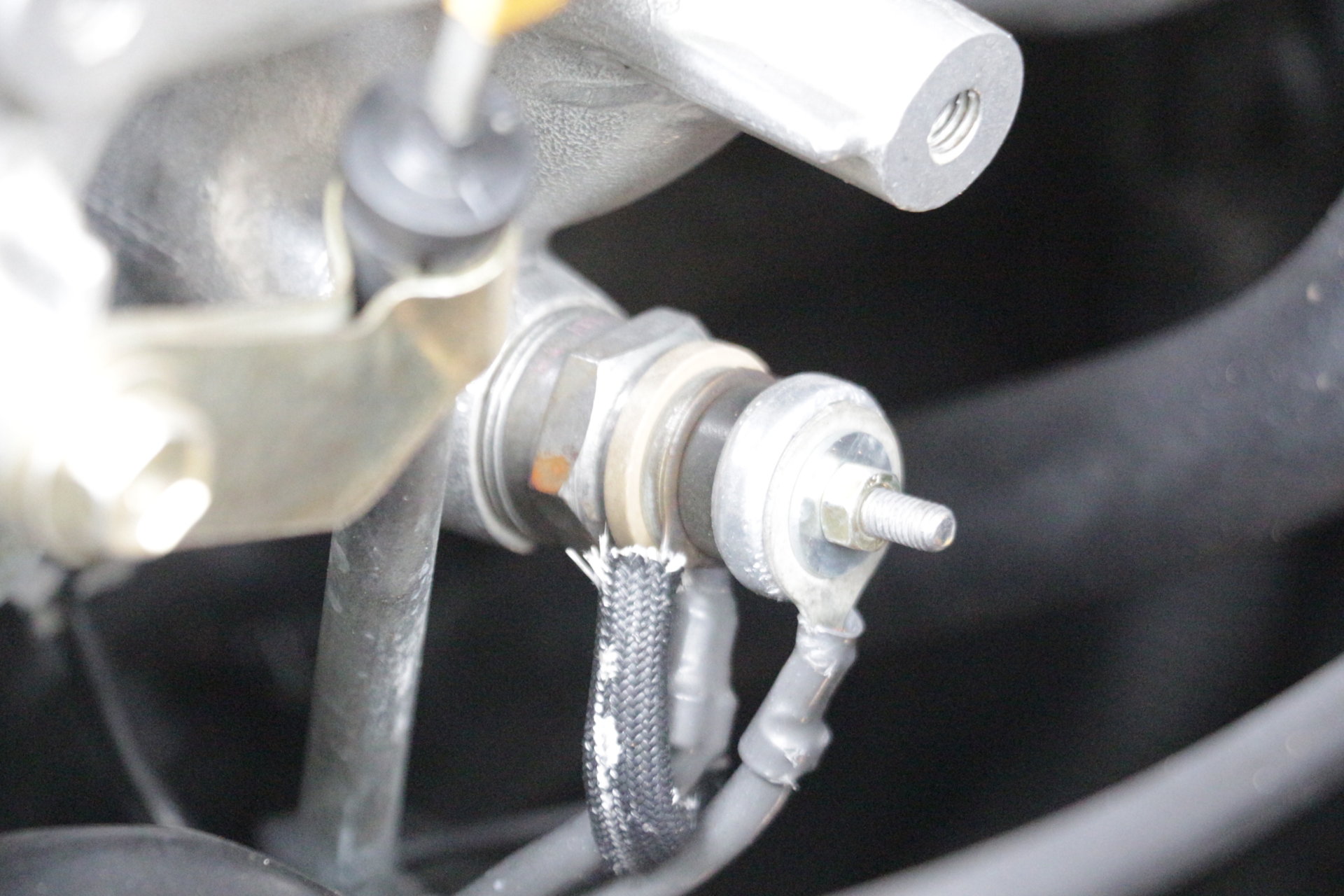 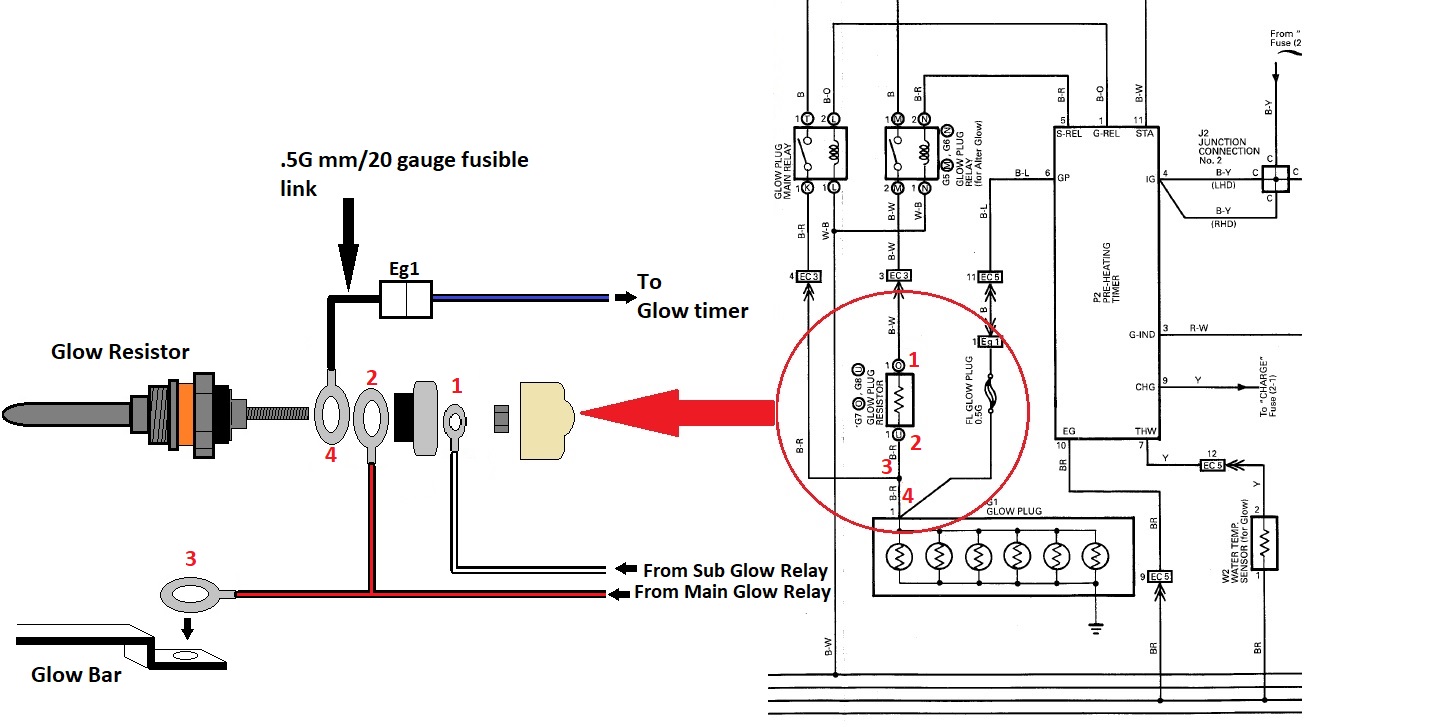 I'm also working on the circuit for my fuel pumps. As I mentioned, I'm going to use a oil pressure switch to control voltage to the fuel pumps through a relay. Then, I'll use a second 5-pin relay to control which pump will activate based on a dash mounted rocker switch that controls the Pollak switching valve.

Step one is to figure out how the original FJ40 headlight switch and turn signal stalk were designed to work... which has not been easy. 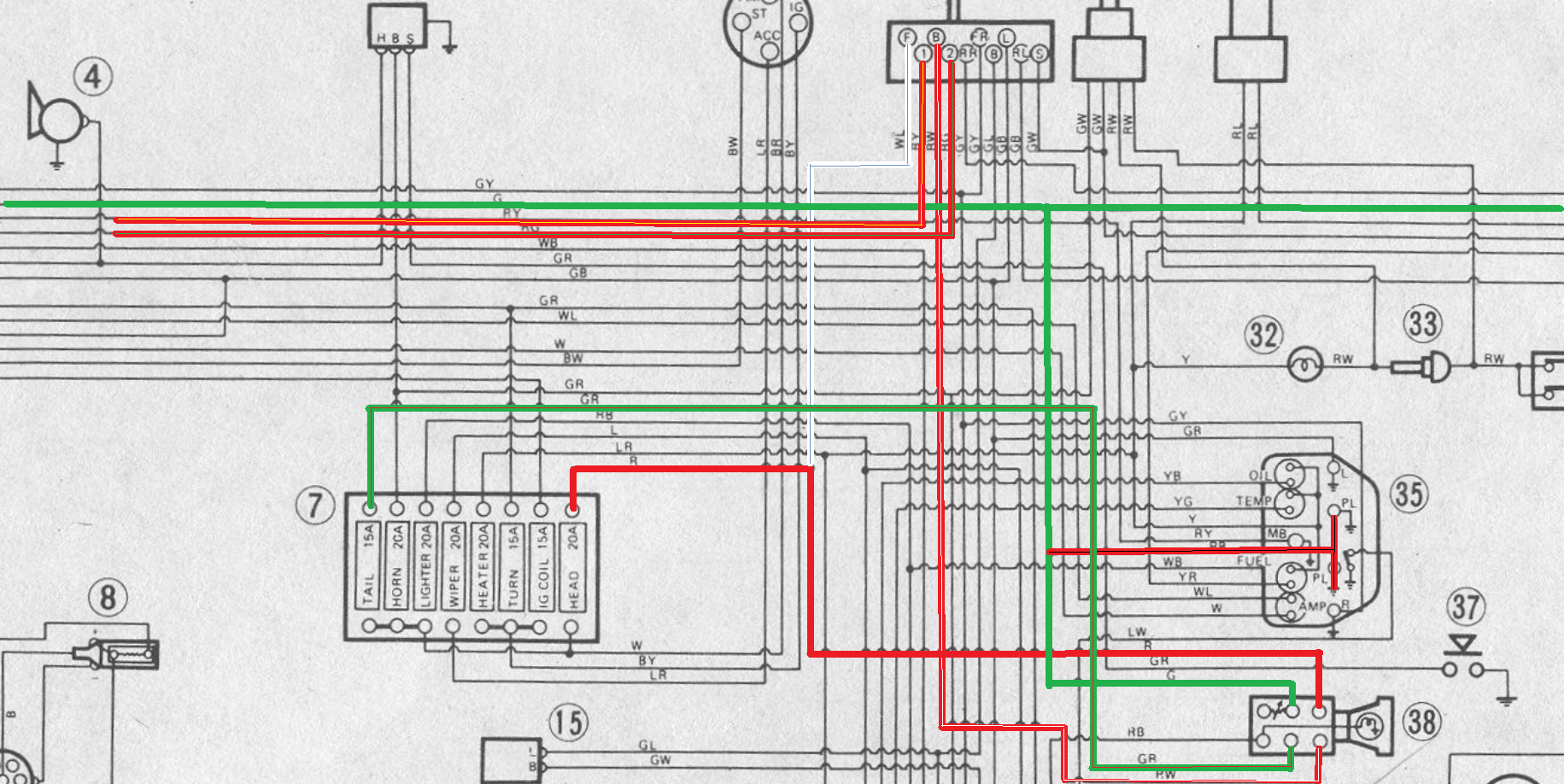 Yup, the factory wires look to be between 8 and 10 gauge.

I'm learning stuff by watching this...

Is the Glow Resistor a current sense resistor?

Is the Glow Resistor a current sense resistor?

Thanks for the feedback on the fuel pump circuit as well. The fuel pumps are really not necessary for this engine and as long as I don't do something which creates an unnecessary failure point (like installing electric pumps that don't allow flow when not running) they should be pretty idiot proof. I'm not worried about needing them to run in some sort of over-ride mode since they are just a back up to the IP. My fuel circuit has a manual priming pump as well so I don't think I need to worry about purging or priming.

Since it screws into the block or water jacket, I imagine that is how it works to know glow time and after glow duration.

Personally, I detest most oem glow plug or grid heater setups. Manual control rarely fails and doesn’t require electronics which all seem to be made by Chinese window lickers with recycled water bottles and half sized components then sold at top-end Honeywell prices..

I vote for a current limit resistor. If the glow plug acts like an inductor it will have very low resistance when voltage is first applied. A limit resistor would stop the wire from getting too hot from the inrush current.

So I was thinking about the glow plug resistor thing. Years ago I worked with solid state switches for traffic signals, back when they were incandescent bulbs. What happens with an incandescent bulb is you apply power and initially they have a very high resistance. As soon as they hit the temperature where they begin to glow the resistance drops dramatically. In a DC system this would result in basically a short circuit. I would bet that the glow plugs in modern diesels engines have an internal resistor.

I was wondering if they screwed it to the block to manage the heat from reducing 24 volts to 12 or 6 for the glow plugs to live.

The glow plugs themselves should be self limiting. The Ford and GM IDI world is full of glow plug tech. So are the VW and Mercedes IDI sites.

I think I get it now.

If I'm right the Glow Resistor is just a power resistor using the block as a heat sink. With the Main relay on the resistor is bypassed, so full voltage is applied to the glow plugs and they draw max current and deliver max heat. With the Main relay off and the Alter relay on, plugs are powered through the resistor, reducing overall current and glow plug power. Eg1 back to the timer module is a feedback indicating voltage at the glow plugs. A fusible link is used here because whatever fuse or breaker protects the glow plug circuit is too beefy to protect the 20AWG wire used for feedback. That feedback circuit may tell the timer if one or more glow plugs have shorted or opened because when the Alter relay is on, the voltage across the Glow Resistor varies on the total current through the glow plugs.

Does that make sense or am I off in the weeds?

Yup, that's my assumption as well. I think the glow resistor just uses the intake manifold as a heat sink as it reduces the current to the glow bar. The timer basically has two settings - primary glow and afterglow.

I think the glow timer sequence of operations is pretty close to this:

-When the ignition is switched on, the timer ecu wakes up and looks for a signal from the charge fuse to indicate that the engine is running.
-If the timer is receiving a ground signal from the charge circuit, it assumes the engine is not running and then looks to the engine water temp sender to determine if a glow function is necessary.
-If the water temp is under a predetermined value, the timer grounds the bulb circuit to illuminate the "Wait to Start" light. When this happens, the timer also activates the primary glow relay and the relay provides full battery current to the glow bar via the primary glow circuit. The timer lets the glows run on the primary circuit for a predetermined amount of time (~4-5 seconds, depending on the water temp sender's resistance value).
-After the initial glow period has expired, the glow timer turns off the glow light, indicating that the engine is ready to start.
-Once the engine has started, the charge circuit opens and, as determined by the water temp switch signal, the timer begins it's afterglow function.
-The timer activates the afterglow relay, which provides battery current to the glow bar through the glow plug resistor, effectively reducing the current reaching the glow bar. This continues for a predetermined amount of time (I believe I read in the FSM that the after glow time is set to 18-20 seconds max - or until the resistance value from the water temp switch reaches XXX degrees). I ***think*** the timer also uses the B-L fusible link wire as a feedback loop to control afterglow by modulating the afterglow relay to achieve optimum glow function.
-Once the predetermined time for after glow expires or the temp switch indicates sufficient water temperatures, the glow timer deactivates the glow circuit and the diesel motor is on it's own.

I think you might be right on the feedback being used to control glow plug temperature, but it would have to be a slow response or a wide range (see hysteresis). Relays don't last long when they break high current frequently. So are you trying to reproduce this function?

Just another data point, the F series engines direct heat from the exhaust manifold to the intake manifold to preheat the intake air. There is a bi-metal spring that controls a damper and hence the air flow after the engine heats up. Heat sinking the resistor to the intake would be a similar application.
You must log in or register to reply here.
Share:
Facebook Twitter Reddit Pinterest Tumblr WhatsApp Email Link