I topped off fuel at the Ingles on Skyland Dr in Asheville then took Skyland west to 191 north to jump on the Blue Ridge. From there you are limited to 45 mph but it is a good speed to enjoy rubbernecking the views. Pisgah Mountain picnic area is a good halfway spot.

Shortly after Hwy 19, look for the Balsam Mountain (not Black Balsam) turn and Heintooga Ridge Road on the right. This takes you to a picnic area at the border of the Blue Ridge Pkwy and Great Smoky Mountains NP. There is a Masonic monument here with stones from all over the world; from the Alamo to Antarctica. Continue down this road to Heintooga Round Bottom Rd, a 1 way gravel track through the forest. It will eventually turn back into a 2 way and later become asphalt again. When you come to a T intersection, go left and stay on it into Cherokee. A right at the next T (Acquoni Rd) will bring you immediately to another T which is 441. Take another right and you can either take it into the Smokies to Gatlinburg, or look for the sign to jump back on the Blue Ridge Parkway.

If you are using the Gazatteer, this area falls into the corners and you will need to jump onto 4 different pages. No 4×4 needed, unless your rear tire slips into a deep mud rut when you make room for a horse trailer to pass. Be aware of large hairy deer, ie elk. We saw 3 on the loop (one velvet bull and 2 cows) and another back on asphalt. Lots of turkey too. 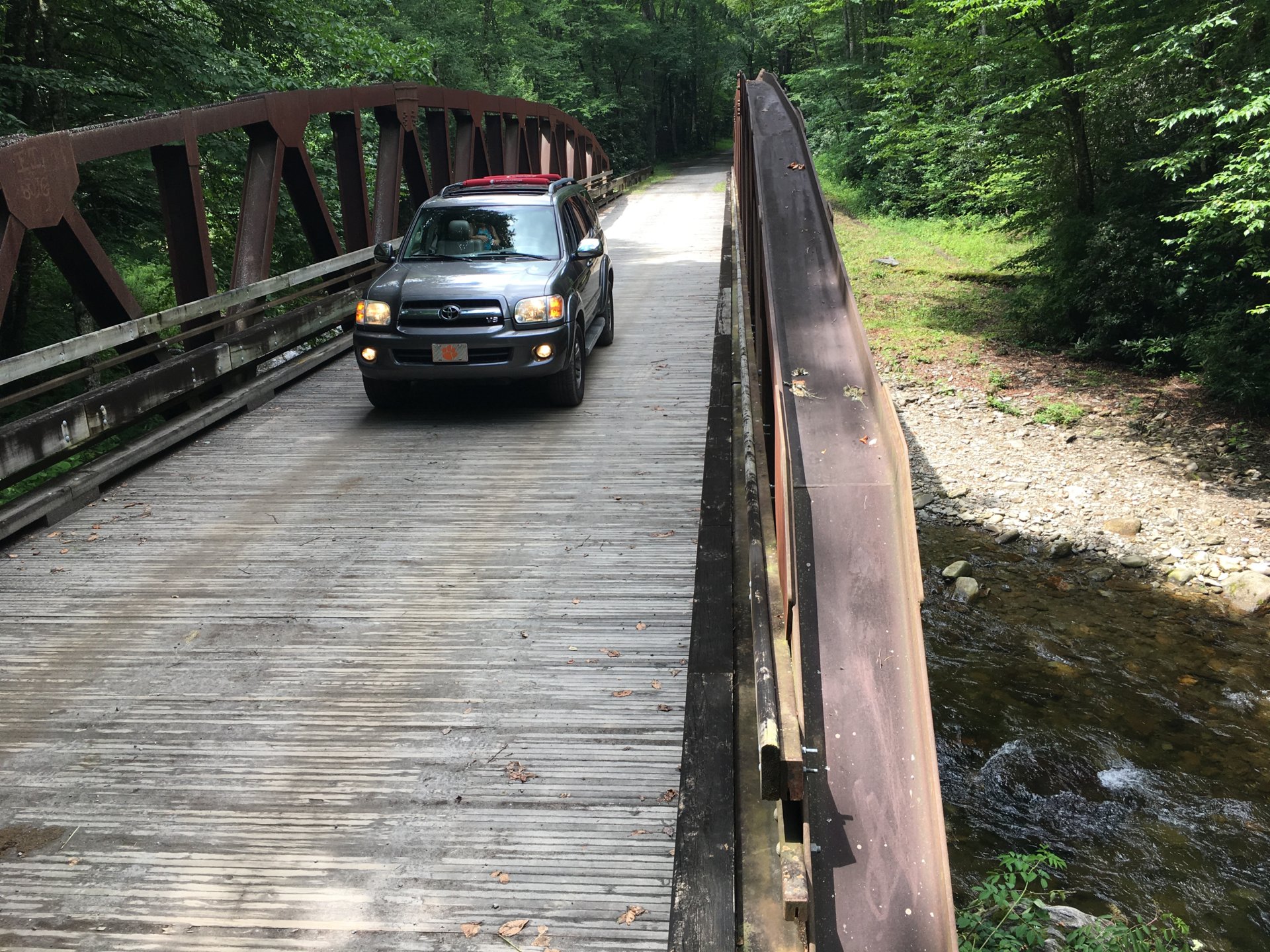 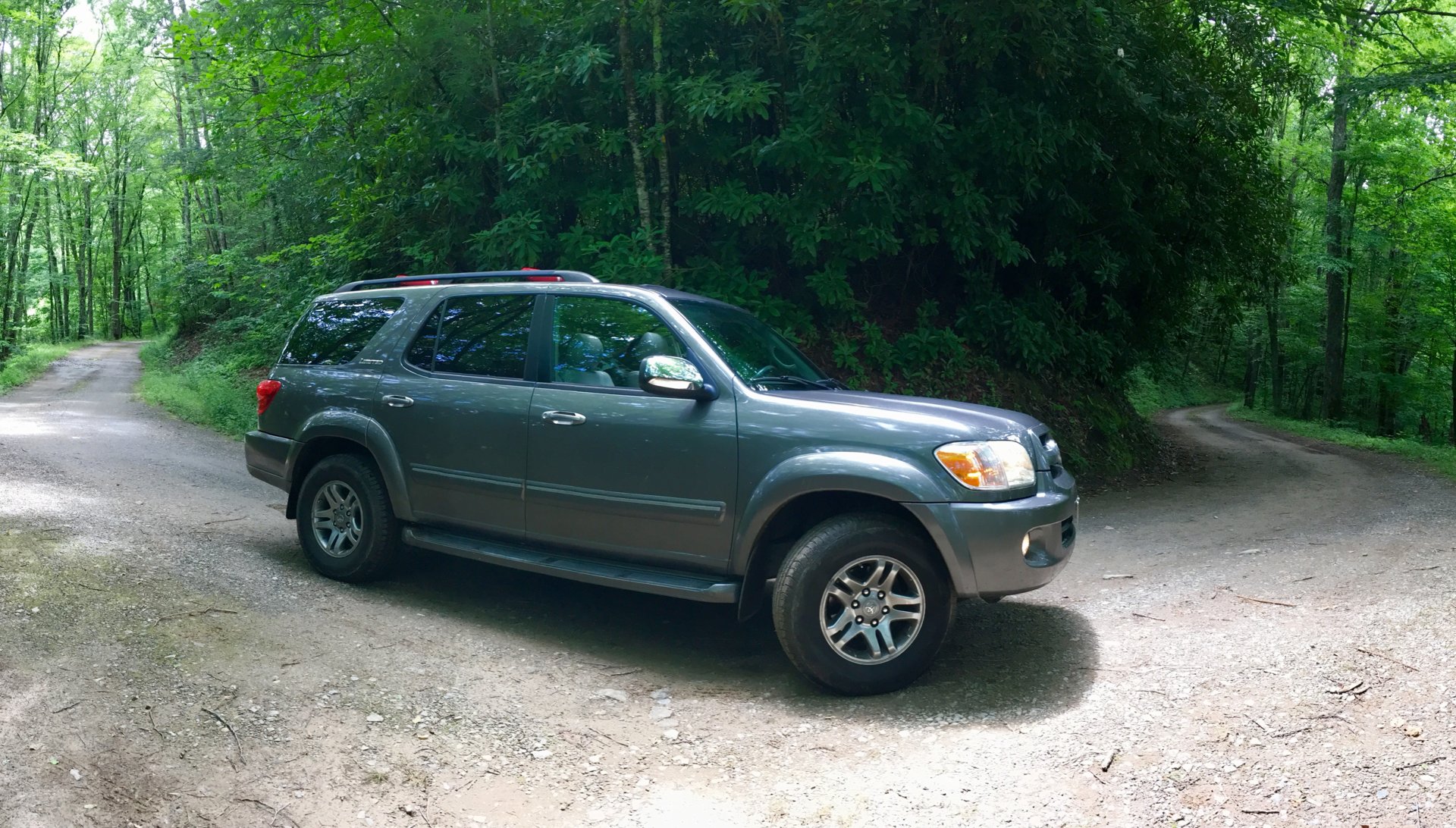 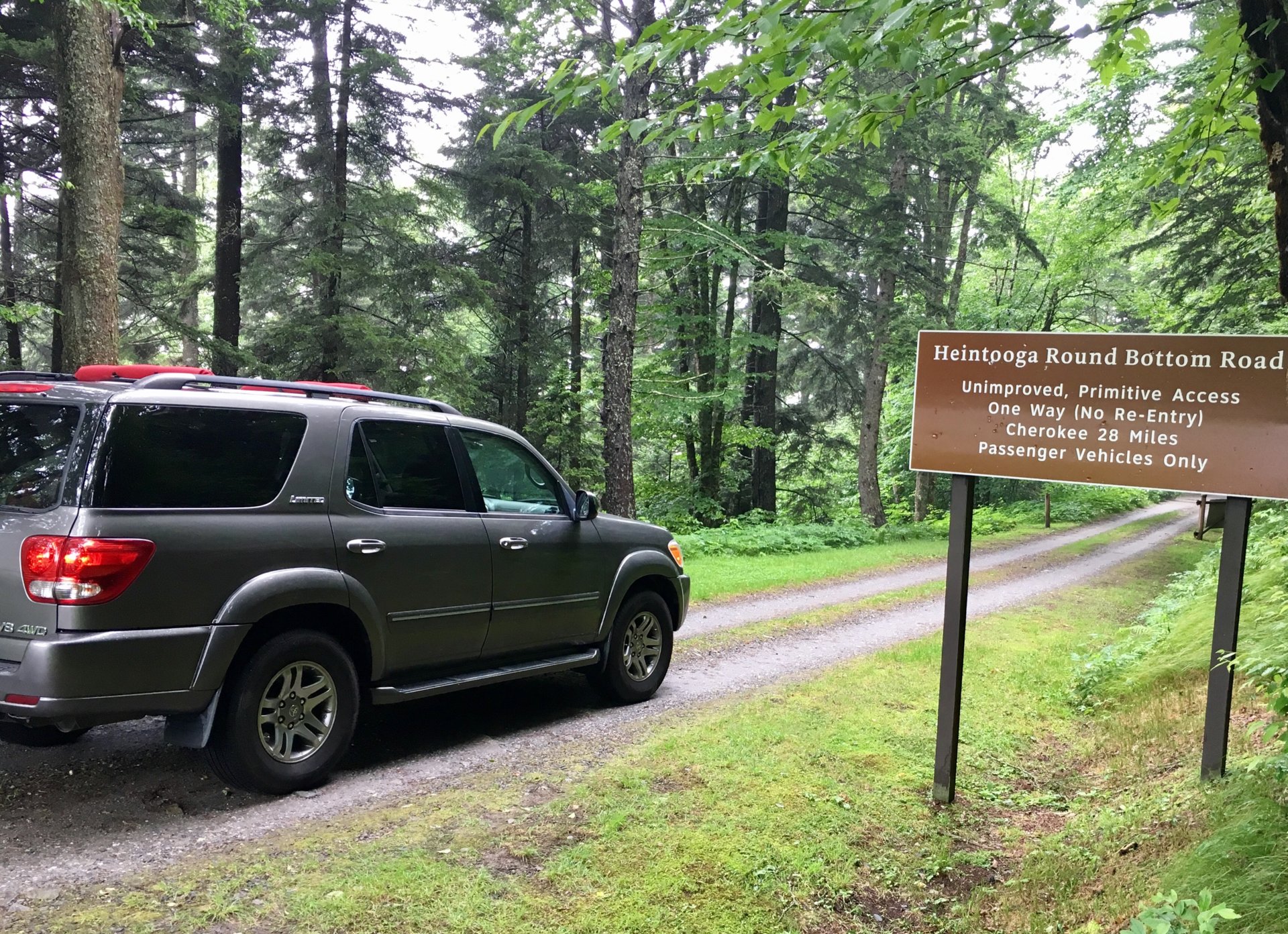 The Georgia Traverse overland trail is not that far then, worth a trip

Izzyandsue said:
The Georgia Traverse overland trail is not that far then, worth a trip

Read through your thread. That looks awesome! Something to look at later.

By 1780, the Revolutionary War had not been a smashing success for the Patriots. Several key locations had recently fallen to the crown and Benedict Arnold earned his infamy that year. However, responding to a threat made by Major Ferguson (inventor of the Ferguson Rifle and reported to have passed up a shot at George Washington) that anyone in the Appalachian region still pursing the American cause would be dealt with, a militia was formed and the Overmountain Men began their trip to make good on the challenge. In October they would arrive at Kings Mountain and route the British forces it what became a turning point in the war for independence.

Today you can drive along in the spirit of their journey and follow 330 miles of roads that follow near the known path they traveled. Overmountain Victory National Historic Trail (U.S. National Park Service) This section is the only 50 miles.

We loaded the big tree family hauler and got onto the route where South Carolina Highway 9 and 11 intersect. It was raining off and on but we soon spotted the Overmountain Victory Trail sign. The route is marked on the NC gazeteer but not the SC version. We soon realized that the road was very well marked but the gazetteer wasn't very accurate and Julie switched from navigator to sign spotting duties. 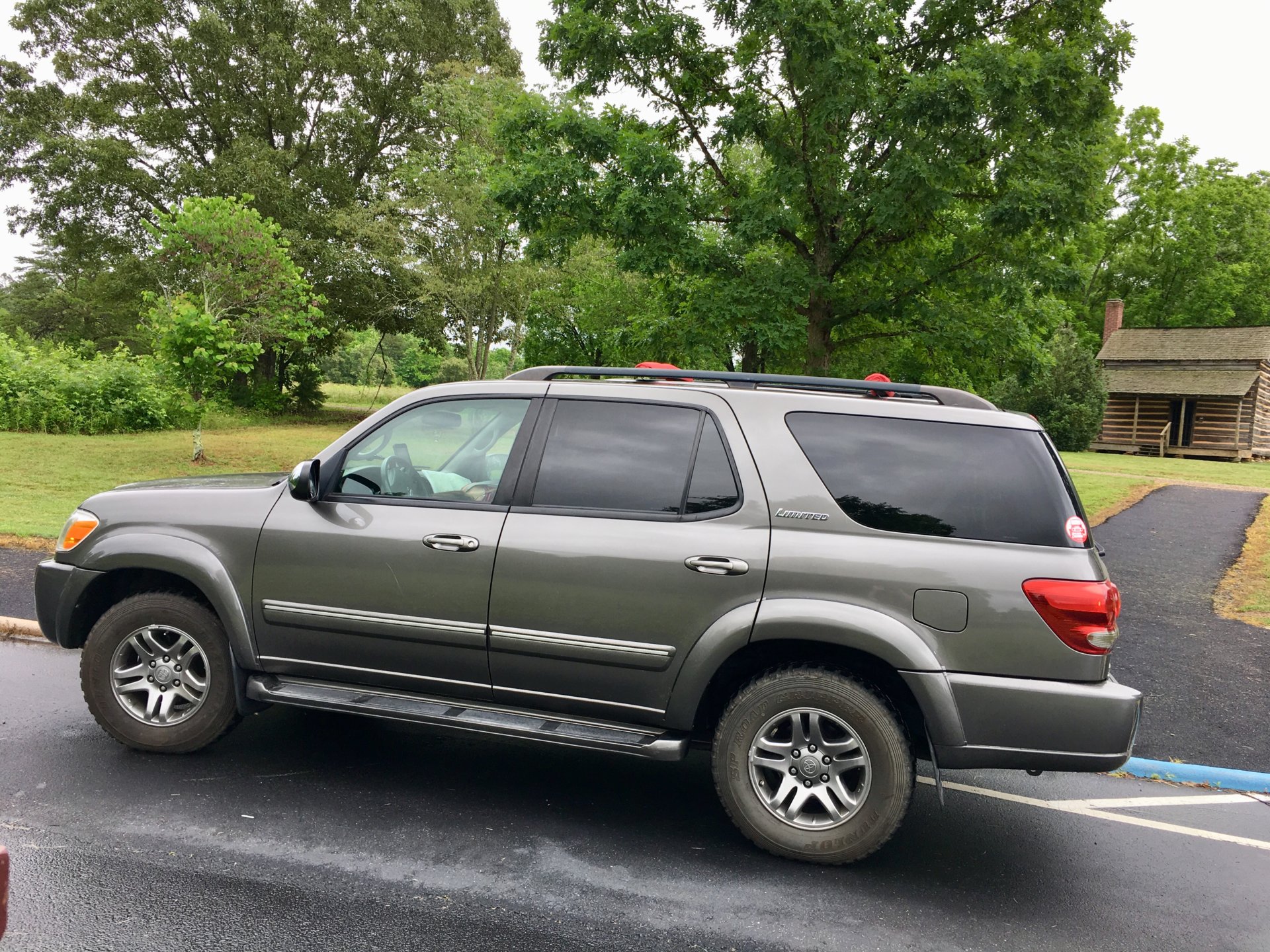 First stop, Cowpens National Battlefield. Cowpens National Battlefield (U.S. National Park Service) The Overmountain Men stopped here too, but this was not yet a battlefield then. Within months of their visit it would become the site of another pivotal victory for the Americans. It is a great little park with a nice walking path. With several information sources painting the picture, it is easy to envision the battle develop across the green field as the American's maneuvered and squeezed Tarelton's forces in a double envelopment. 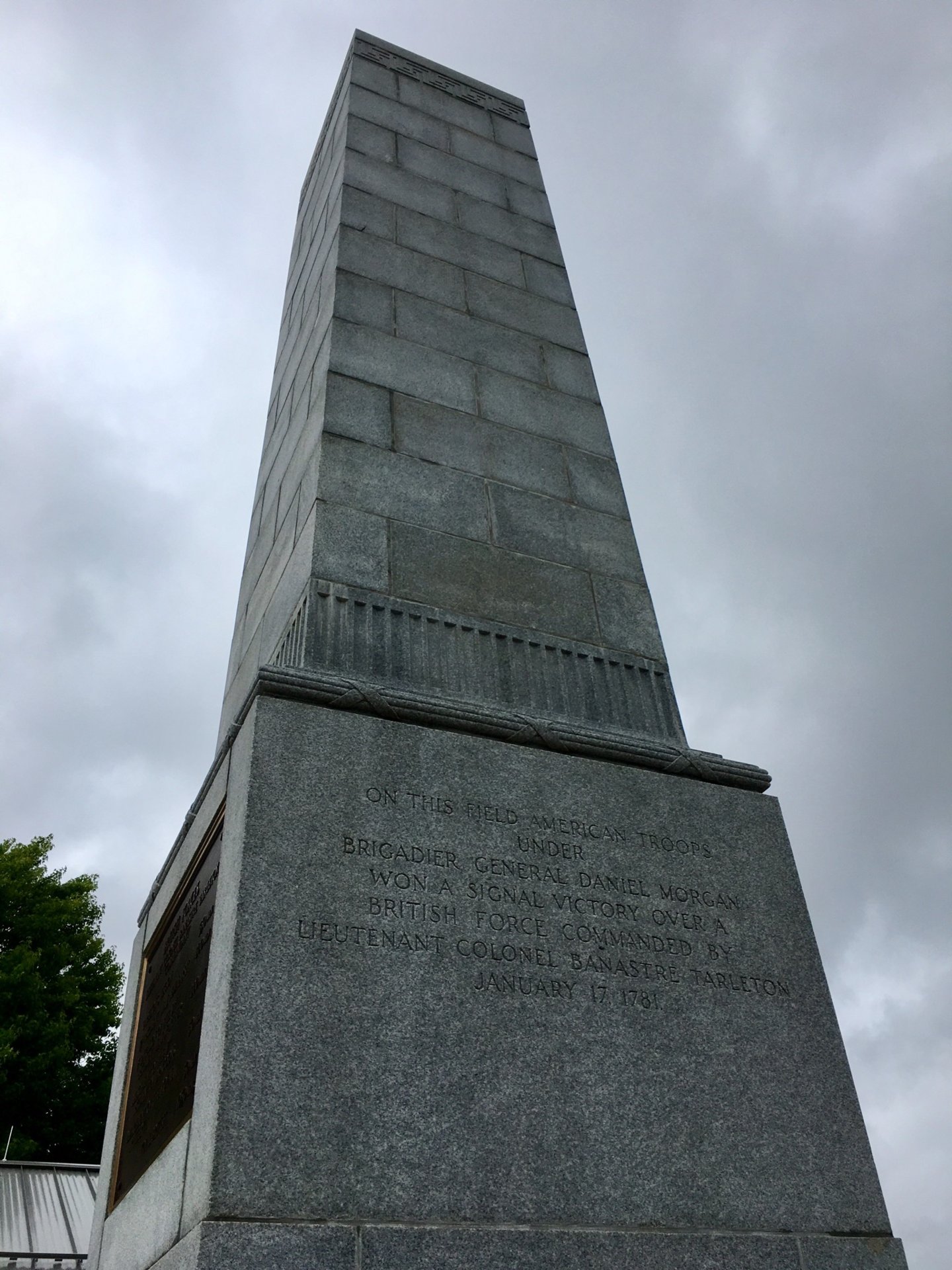 Bring a lunch and stay for a while, or get back on Hwy 11 and head into Gaffney to eat at Harold's. I find that some of these places that brag about having been on one of the numerous food related TV shows offer little than that 15 minutes of fame trivia. Not so here. Small-town southern charm (not the lazy version), excellent fried pickles, and a bar in the back. Highly recommended. 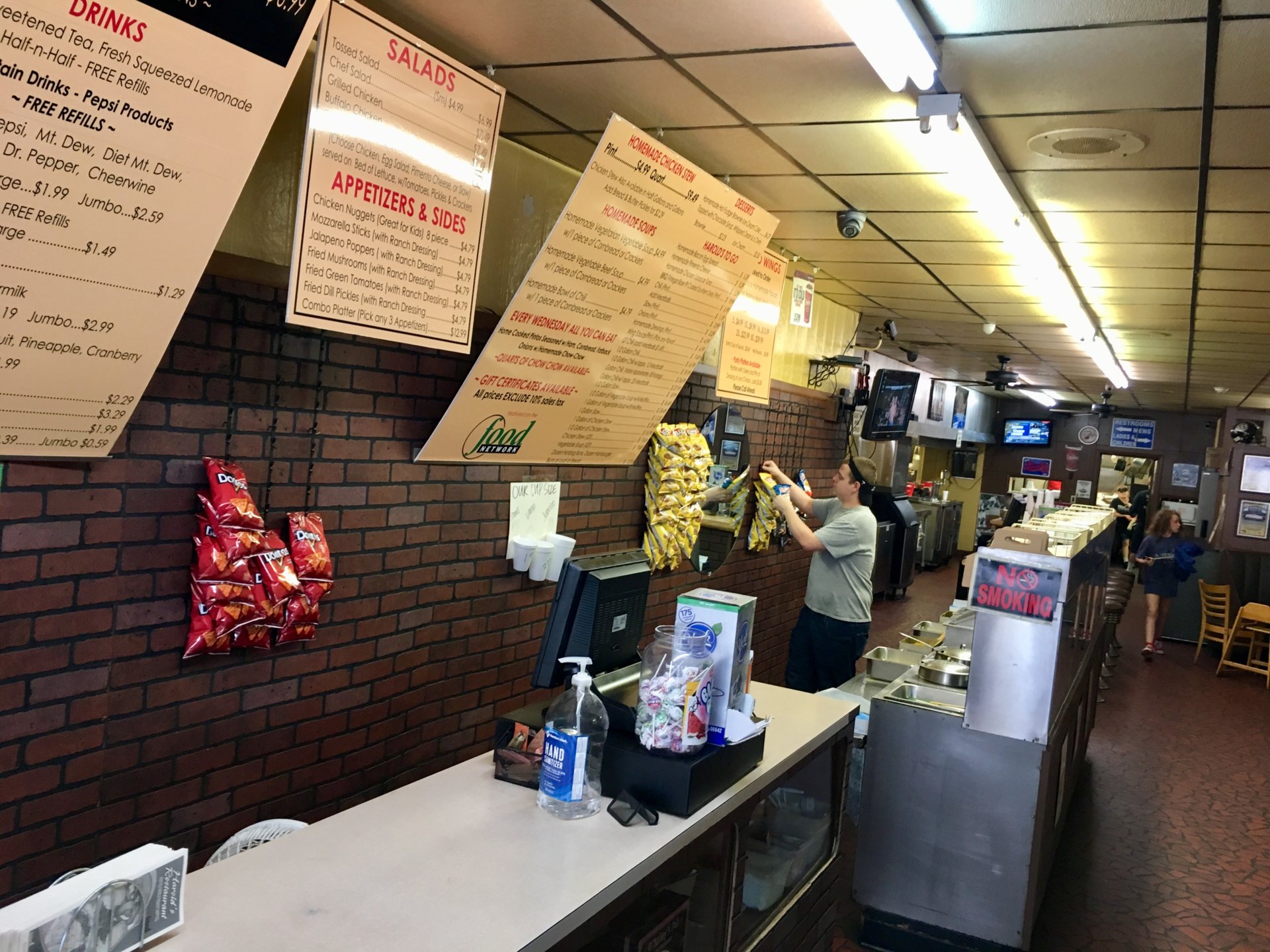 Back on route we stayed on a combination of back roads and a small section that paralleled the interstate. Only once was there a questionable intersection and we guessed right (left, actually). Before long we passed the Welcome to Kings Mountain sign and turned into the parking lot. Kings Mountain National Military Park (U.S. National Park Service) We didn't spend much time outside here. There is a small trail along the top of the mountain where the battle concluded, but the weather sent us back home after the visitor's center. We will be back.

The signs are easy to follow, but here is the GPS track anyway.

I feel like I have come a long way. 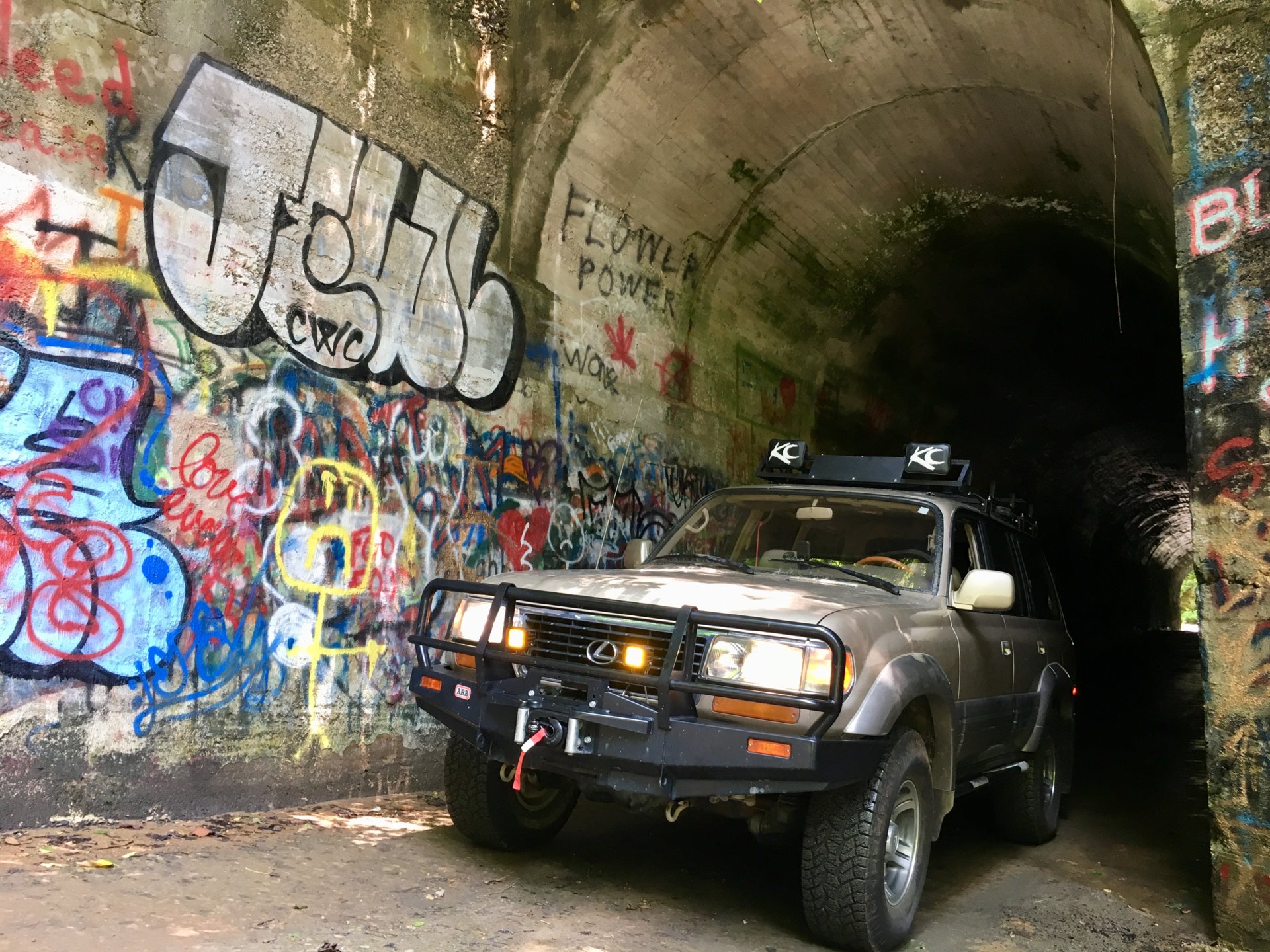 I'd be up for a scenic run including the re-enactment they do at Cowpens Battleground.
The diner in Cowpens has incredible burgers.
And lots of other places to go over that way.
B

Wrong place but this has the most activity in this group. I have a work fishing event this weekend in Whittier, NC near the casino. I am trying to find a fire road or trail that I can take my locked landy on 35s for its first time. Anything close by for a ln hour or two ride?

Burgman said:
Wrong place but this has the most activity in this group. I have a work fishing event this weekend in Whittier, NC near the casino. I am trying to find a fire road or trail that I can take my locked landy on 35s for its first time. Anything close by for a ln hour or two ride?
Click to expand...