Ever since I bought my 97 40th anniversary she has had a knock in the engine. I have been amazed how reliable these engines are. In my home country (Colombia) there is a saying that says "Toyota es Toyota" or in English "Toyota is Toyota" It can be interpreted that Toyota is what it is the best 4x4 trucks point blank.

Last year around this time I moved to Va from FL. I had left the 80 back in St Petersburg along with a small shop that I had at the time. I bought the truck with a little over 152k on the clock. She now has 165k and has never skipped a beat. The knock is prevalent and the normal front main seal and oil pump cover leaks. But she has done over 10k with 2 round trips from Va to FL without a hitch.

Towards the end of last year I purchased from AU Ebay a Coilpacked 1FZ-FE from a 105 donor with a 5 speed ECU. I also sourced a complete H151F 5 speed swap from a donor in Colombia. My plans are to bring in the 105 engine and the 5 speed and do the swap on my US Spec 80.

I want to document the swap as much as I can on this thread. For those that dont know why I would go as far as buying a 1FZ engine in AU vs the US, well let me shed some light on it.

There have been 3 generations of the 1FZ. The first one is the 1FZ-F which is a carburated engine running 190HP and 268 ft/lb TQ. Then came the 1FZ-FE which is the engine we have in our 80 series. It has 212HP with 275 ft/lb TQ. Then in 1998, Toyota came out with a new distributor-less 1FZ-FE producing 240hp and 300 ft/lb TQ. Since the engine came out in 98, it was never offered in the 80 series, it was offered in the 105 series and in VZ the 70 series. This is the engine I will be putting in my 80. Most parts are available in the US with the exception of the injection system.

I have sourced a lot of parts needed for my build in UAE and Japan. These will be here this week. In the meantime I started tearing down the engine.

Can't complain when it comes to a teardown on an engine stand. Got the head off in an hour.

I will try to document the differences between our 1FZ-FE and the holy grail of the 1FZ-FE.

I will also be doing the H151F 5 speed swap. I did the swap on my old 40th anniversary in Colombia and can only say that running 35's, stock gearing and a manual, was like driving a new truck. The 5 speed made a big difference in waking up this monster. I can only imagine how it would be with my current 80 with the updated HP and 33's.

Well with out further a due lets get this weeks update set. 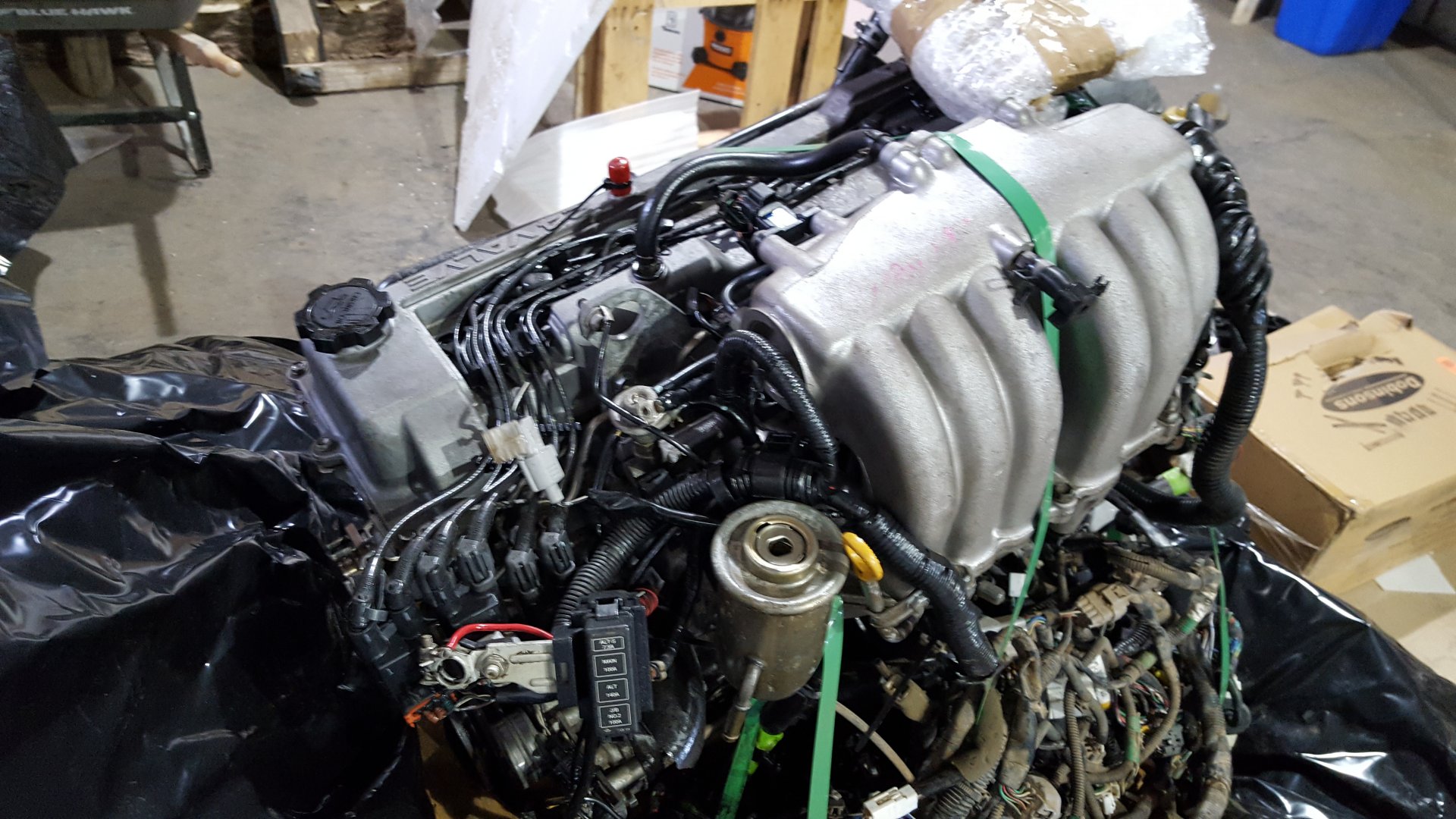 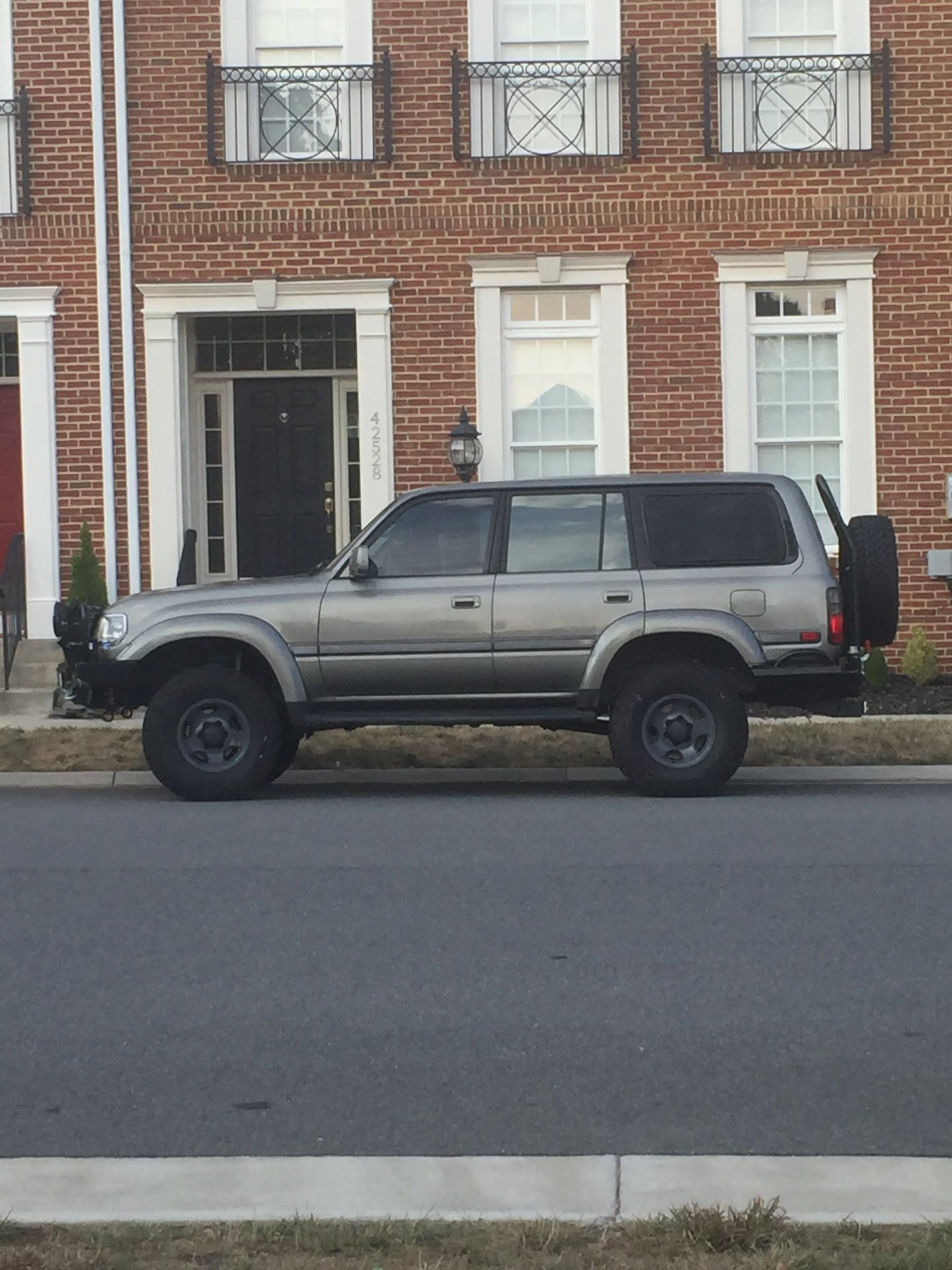 Today we tore down the 1FZ-FE down to the block. Engine has so many different sensors. The fuel rail is different, injectors are different, intake plenums are different. There is a cam sensor on the head, the most obviuos is the coilpacks. The hole where the distributor would normally go is plugged. I will have some better pictures this coming week when I go back to the shop. But for now, here are some from the tear down. 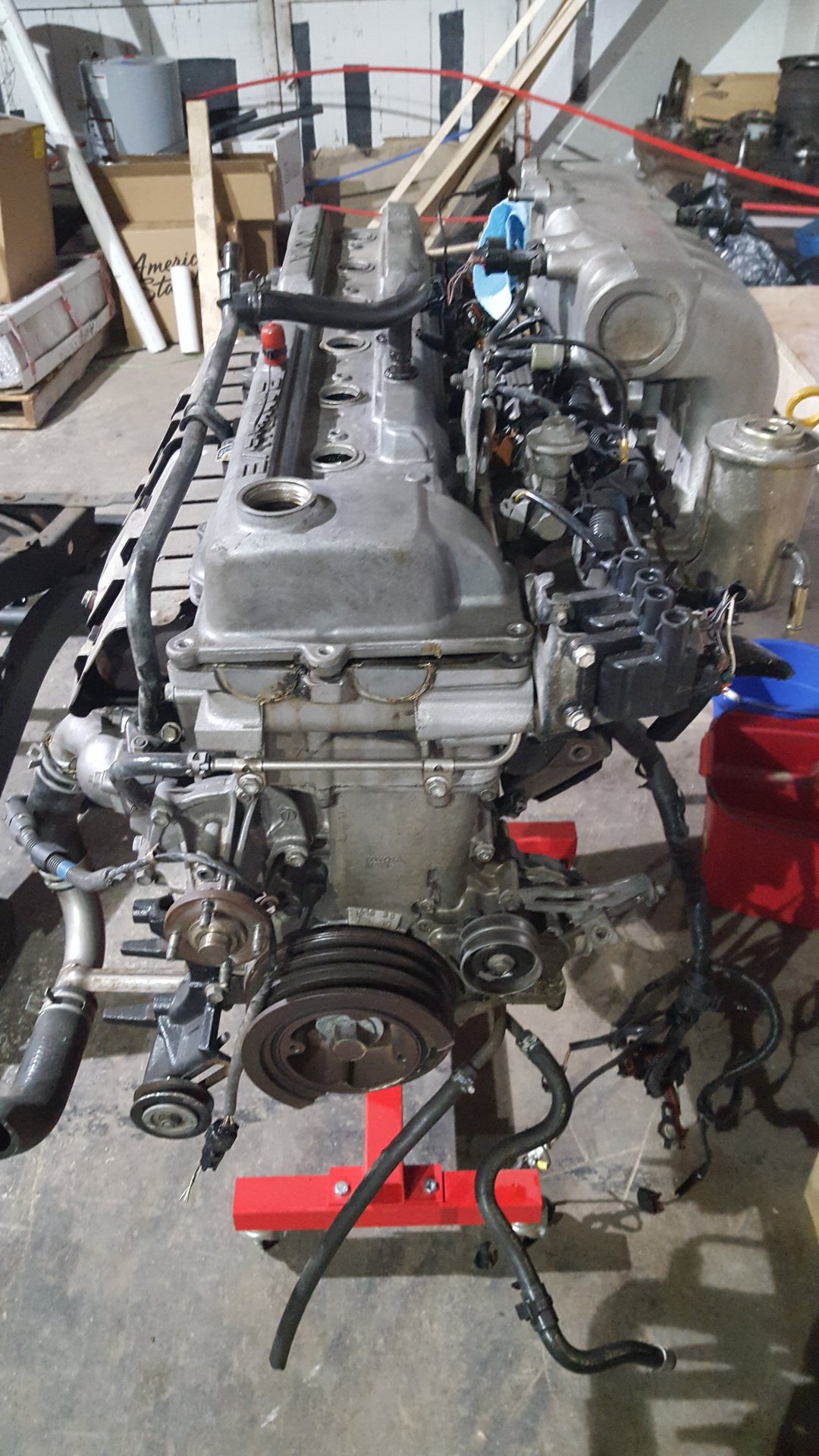 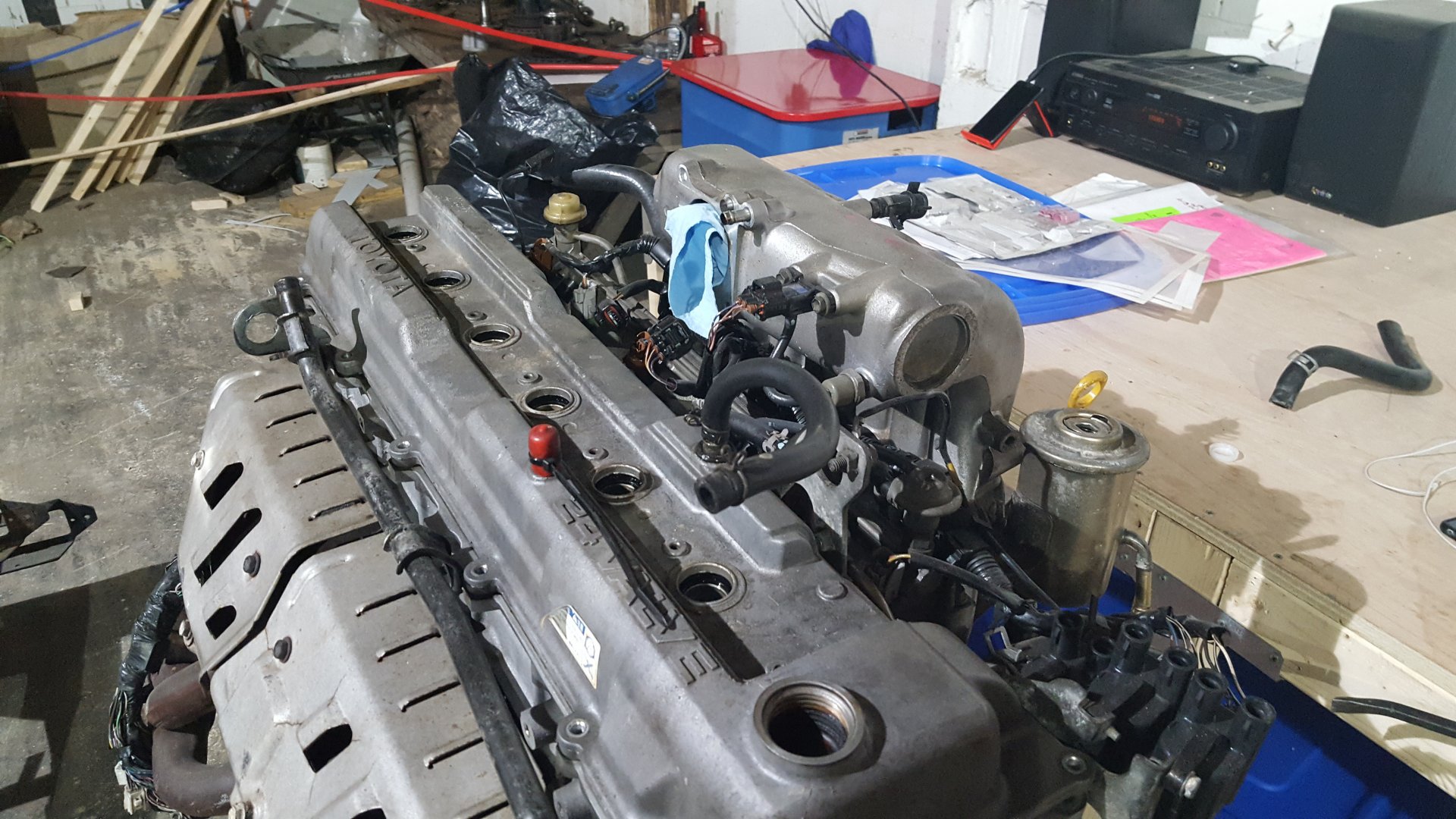 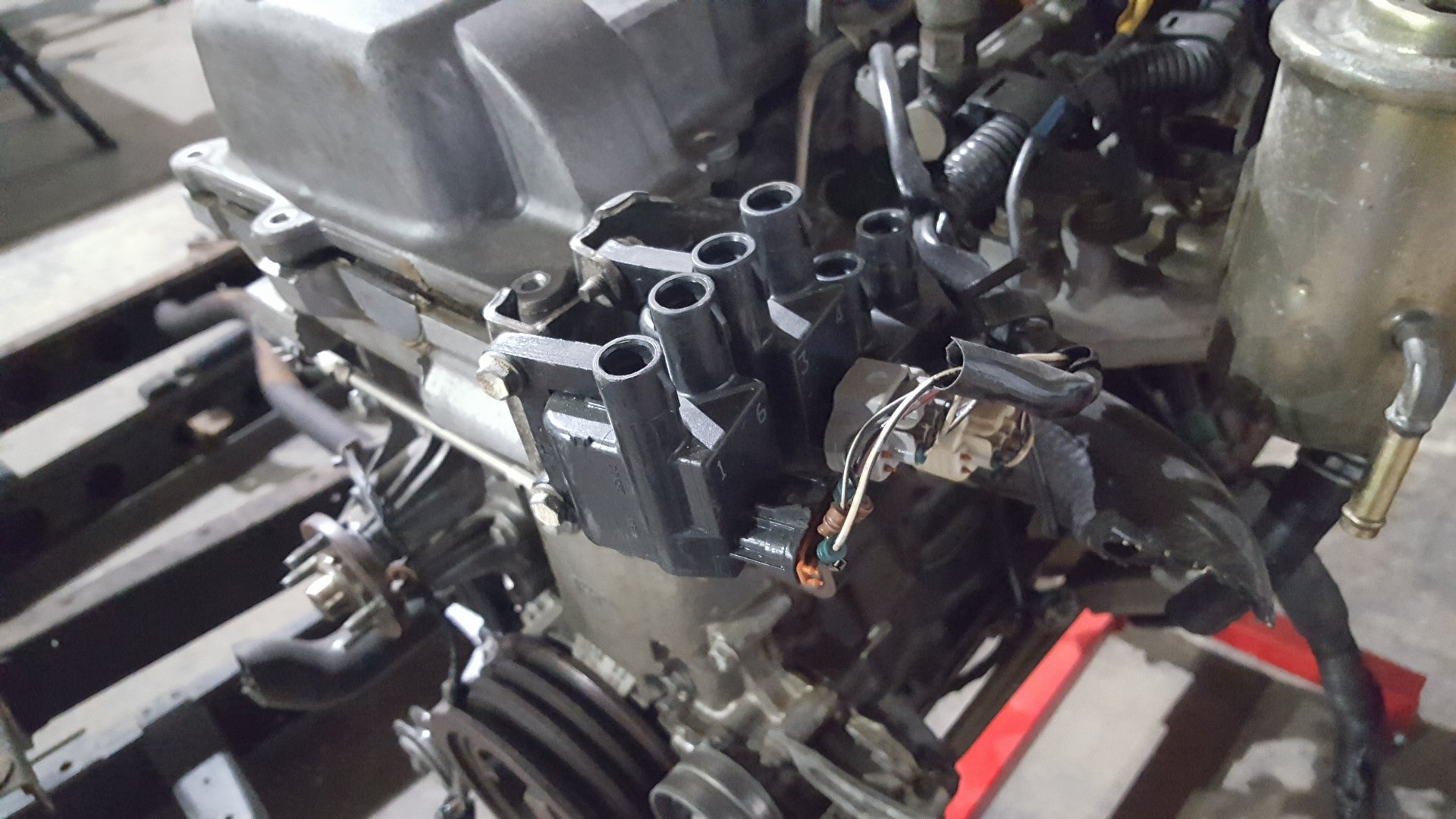 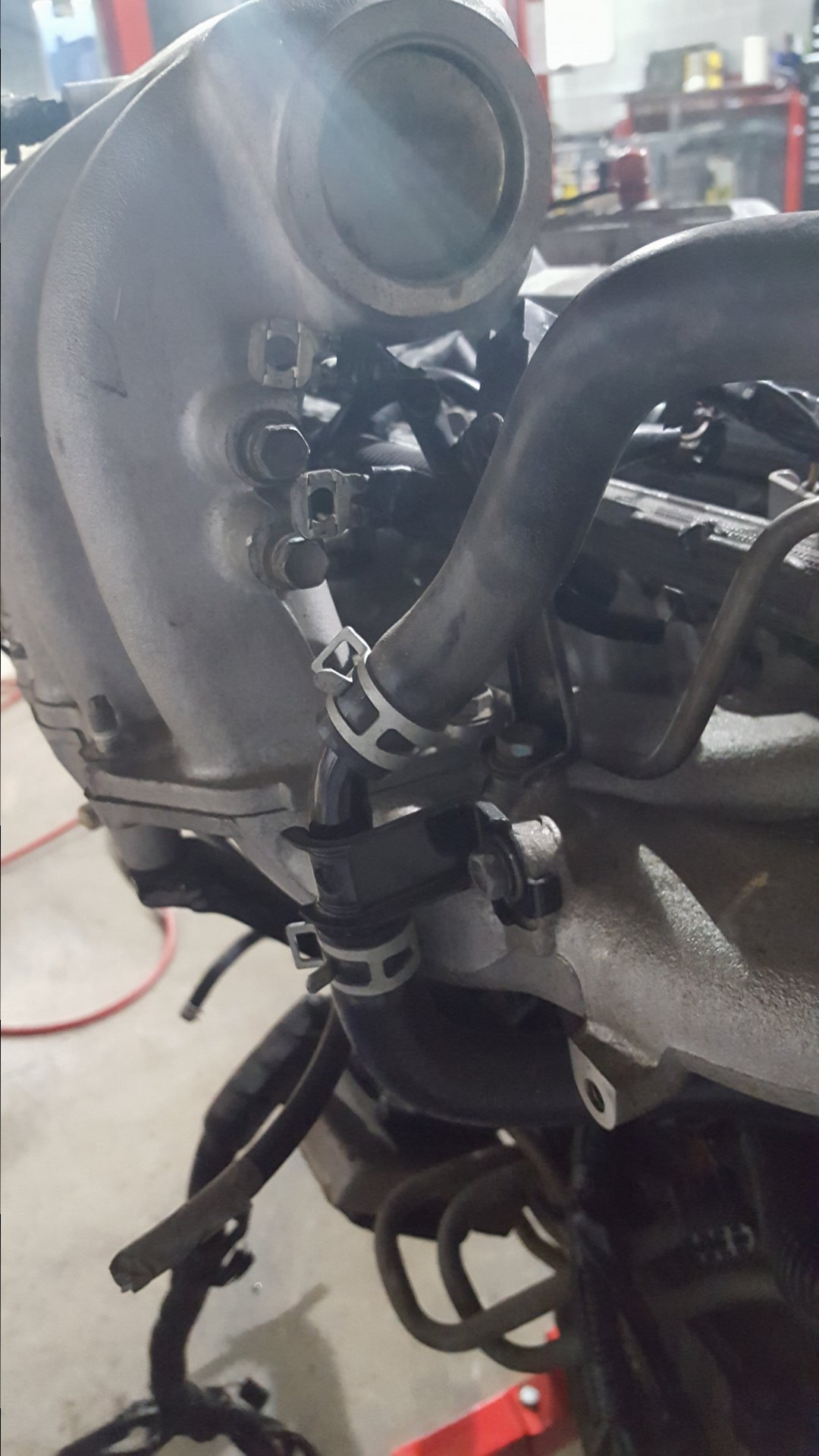 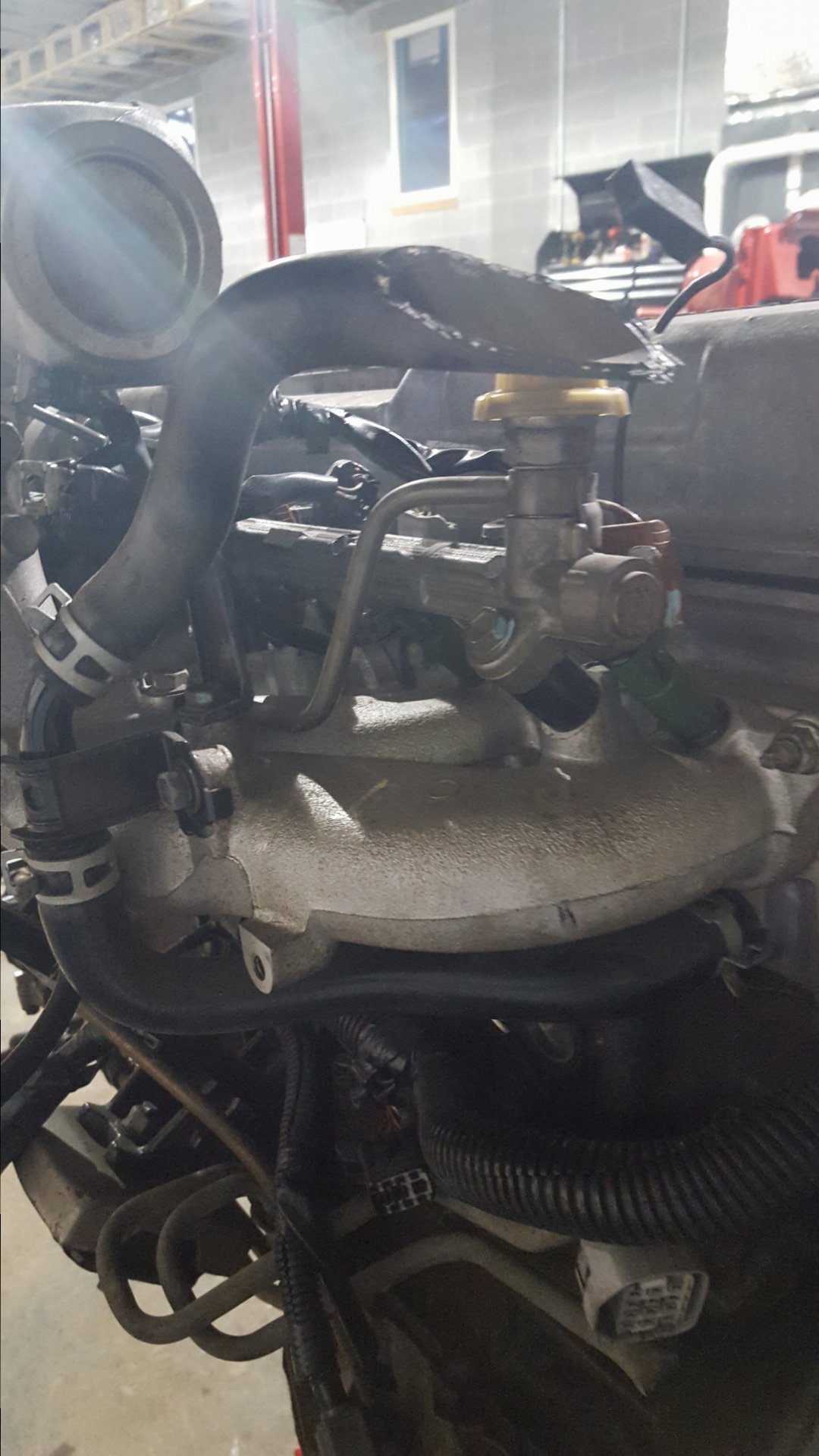 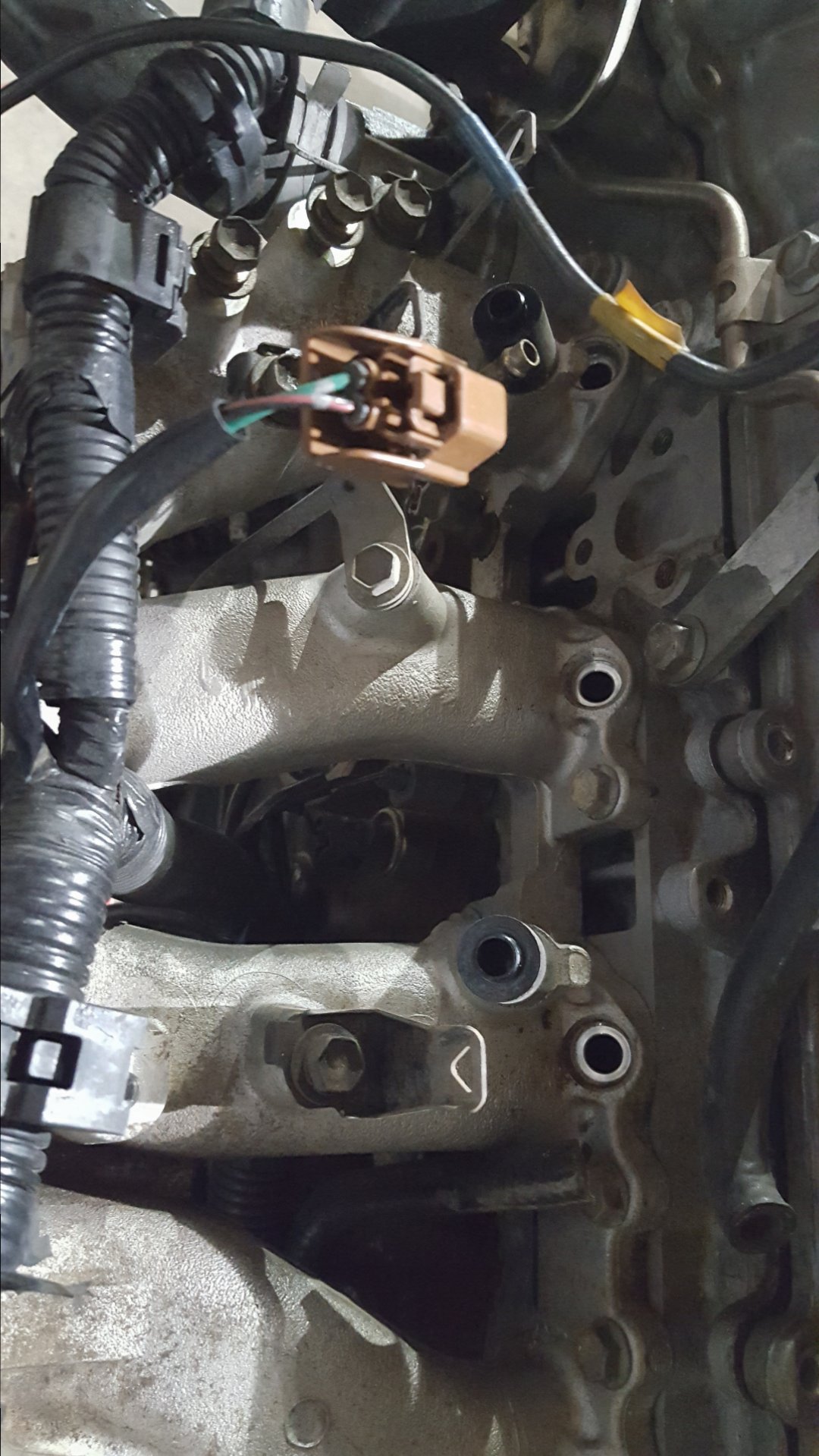 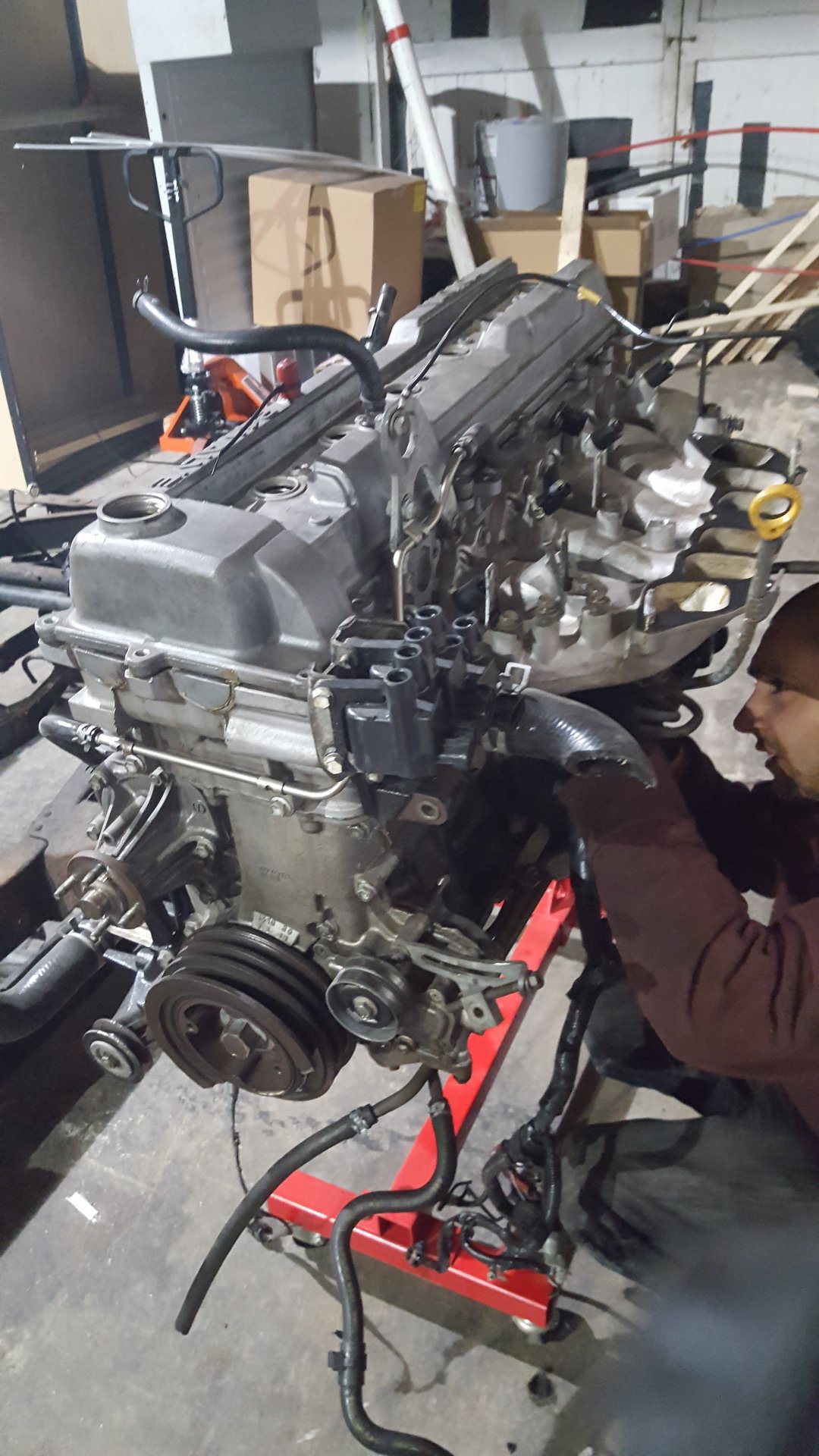 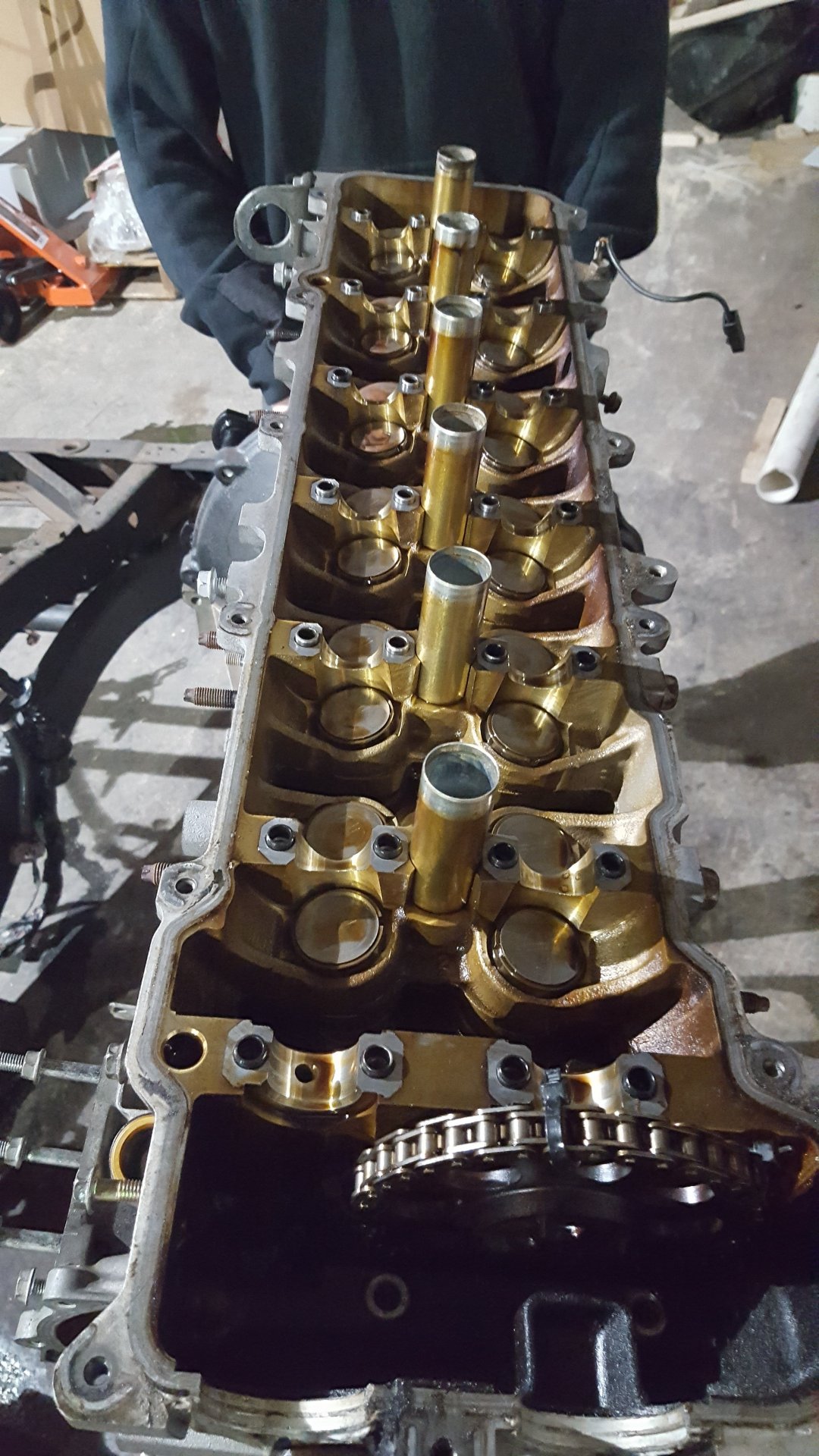 Head looks it's in good shape!

bugsnbikes said:
30hp and 25tq. is a nice bump for these stump pullers. Id be curious to see the hp/tq curve graphs is anyone has them handy
Click to expand...


Me too, especially with the significantly different intake manifold.
TEAM KDSS

S.CarolinaFZJ80 said:
I can't really tell from the pictures but are the same bosses on the block to mount the TRD supercharger?
Click to expand...

I've wondered how hard it would be to do this swap with the coil pack engine and how much different it would drive. How hard is the different wiring to deal with?
God bless America! Veterans: Thank you for your service! Welcome to Veterans' Highway!
TLCA#8891 406Cruisers – Montana Toyota 4wd Club
1982 Toyota SR5 4WD Long Bed Sport Truck
1997 Land Cruiser CE Builds - My first 80 Series

inkpot said:
I was wondering the same thing. Hmmm....... With the increased power by design, and the extra 50 ish ponies added with a SC setup, that would make one of these rigs a lot more fun to drive.
Click to expand...


Yes it would be a sick 80. The block has the bosses for a TRD. I am debating whether to prep the engine for some FI either turbo or go the SC route.


thetoyotaman said:
I've wondered how hard it would be to do this swap with the coil pack engine and how much different it would drive. How hard is the different wiring to deal with?
Click to expand...

I want to see this lady with a TC please.

FloridaFJ80 said:
I hope to document this in this thread. I have sourced the correct EWD for the 105. I can say that the engine harness is a lot shorter than what comes in our rigs. Not sure if it has to do with the engine coming from a RHD 105. But I have seen pictures from the VZ trucks and the harness goes through the firewall on the DS.
Click to expand...


I used a RHD engine and harness for my 4Runner diesel swap and was forced to extend the harness. The RHD ECU would have needed to be where the LH drivers feet or gauges were.. adding a couple feet of harness to get it through the firewall in the original LHD harness spot was my only good option.

It was mostly straightforward, other than finding shielded wire for the crank sensor wiring and a special valve on that model of diesel injection pump. Between the O2 sensors and stuff in your old 1FZ harness you'll have plenty to harvest.. if you weren't planning on selling that stuff to recover some money
TEAM KDSS

inkpot said:
So, was this engine ever available in a left hand driver format? I wonder how many of these engines were sold in various markets?
Click to expand...

inkpot said:
So, was this engine ever available in a left hand driver format? I wonder how many of these engines were sold in various markets?
Click to expand...

Yes in Central and South America for sure and some parts of the Middle East. I know in UAE and some others as well.