Longer version: I've owned it since 2017 and has been flawless up until the last 6 months or so. It rides great, looks great, feels great. Like all of you, I absolutely love my LC. It threw an error code for P2714, which led to a transmission rebuild. Never once did I notice anything at all wrong with shifting but after multiple dealerships, that's what the culprit was, somehow. Nothing comes back on LC forums for a transmission issue on this model. I regularly tow a boat and trailer for dirt-bike/4-wheeler when I go to the woods but nothing crazy. I'm not an off-road junkie and don't drive through ponds or over rocks with it. No modifications whatsoever.
Now, I have a Check PCS System light, which controls the seatbelt that tugs back at you when you slam on brakes (the 2009 doesn't have the radar). This alarm threw a few seconds after I hit the brakes somewhat hard on the interstate last week. The local Toyota shop (LexTech) is telling me it's the computer 89815-60090, which totals to about $2k to replace. I was ready to do it but the service shop flat out told me not to replace it because it's no real added value. 4lo engages no problem. It drives perfectly minus the error message. The stupid light won't go away no matter what without replacement (in no way am I implying that I want to bypass in order to mislead a buyer).
It's going to another LC specialty shop tomorrow called McIntosh Imports. Fix it if they say the same thing? Sell it with full disclosure?

ps: I picked up a F250 so will be selling this soon regardless. Just trying to figure out best way to do it.

Thanks for your feedback
Located in Charleston, SC.

Huh, I didn't realize that the 2009 had the PCS. I'd make sure the sensor (center of the radiator in the vertical radiator support) is still plugged in firmly. You'll get PCS warnings if it is unplugged or the sensor is blocked by metal (like metal grille badges). It might be a computer, but only troubleshooting will tell you that. I think a lot of dealer techs just opt to throw parts at problems.
C

CharlieS said:
Huh, I didn't realize that the 2009 had the PCS. I'd make sure the sensor (center of the radiator in the vertical radiator support) is still plugged in firmly. You'll get PCS warnings if it is unplugged or the sensor is blocked by metal (like metal grille badges). It might be a computer, but only troubleshooting will tell you that. I think a lot of dealer techs just opt to throw parts at problems.
Click to expand...


I can see the sensor but am hesitant to remove the grill because it has those little clippy-things that I can't manage to put back correctly- it's like I break them each time.

We have a terrible support network for many dealerships in Charleston, SC. It's not that big of a town so the techs quit and go work for Boeing, Volvo, or Mercedes since we've they have manufacturing facilities here.

The computer is available new from on-line Toyota dealers for about $1000. Add a couple hours labor and you should be able to get it replaced for way less than $2000. That might be worth it because the truck could be hard to sell with the warning light on.

Ok, if you can't remove plastic clips without breaking them, it sounds like you are going to have to rely on professional mechanics. Best of luck with getting it fixed.
3

sandroad makes very valid points. i checked a few toyota dealerships and below is the link for the cheapest that i found. Should only be a couple of billable hours to remove/replace.

I would be extremely surprised if hard braking caused an ECU failure. Did the PCS warning light coming on coincide with the hard braking? Was not there before?

I would check if something came loose or shifted during the hard braking force. Maybe there was a loose bolt and the sensor shifted slightly, or the harness connection came loose, or there is an intermittent connection / short in the wiring. The ECU would be pretty far down on my list of culprits based on what you describe.

Check the PCS sensor, seatbelt tensioners, connections, wiring, etc to make sure everything is correct.

I thought that thing up front on pre-radar cruise control 200s was for external temp. You should be able to get to it without removing the grille. I want to say either from underneath or from the top down.
S

My 2009 has the EXACT same issue. Check PCS after a hard braking. Haven't looked into it too much bc it doesn't seem to affect anything. Toyota dealership said they would have to start checking wires under the dash. (blank check) I'll check back to see if you figure it out.

Try disconnecting the battery overnight to reboot the system. That's always been my go-to for strange electrical things - 60% of the time, it works every time.

I agree with sdnative. It's unlikely that there is any causal relationship between braking and a bad ECU. It's like saying that you fried your motherboard because you were typing too fast. I don't believe in coincidences so my money is on the sensor or harness.

Agree with others that it's highly unlikely it's an ECU issue. Am I understanding that this error didn't pop up until they serviced the tranny? 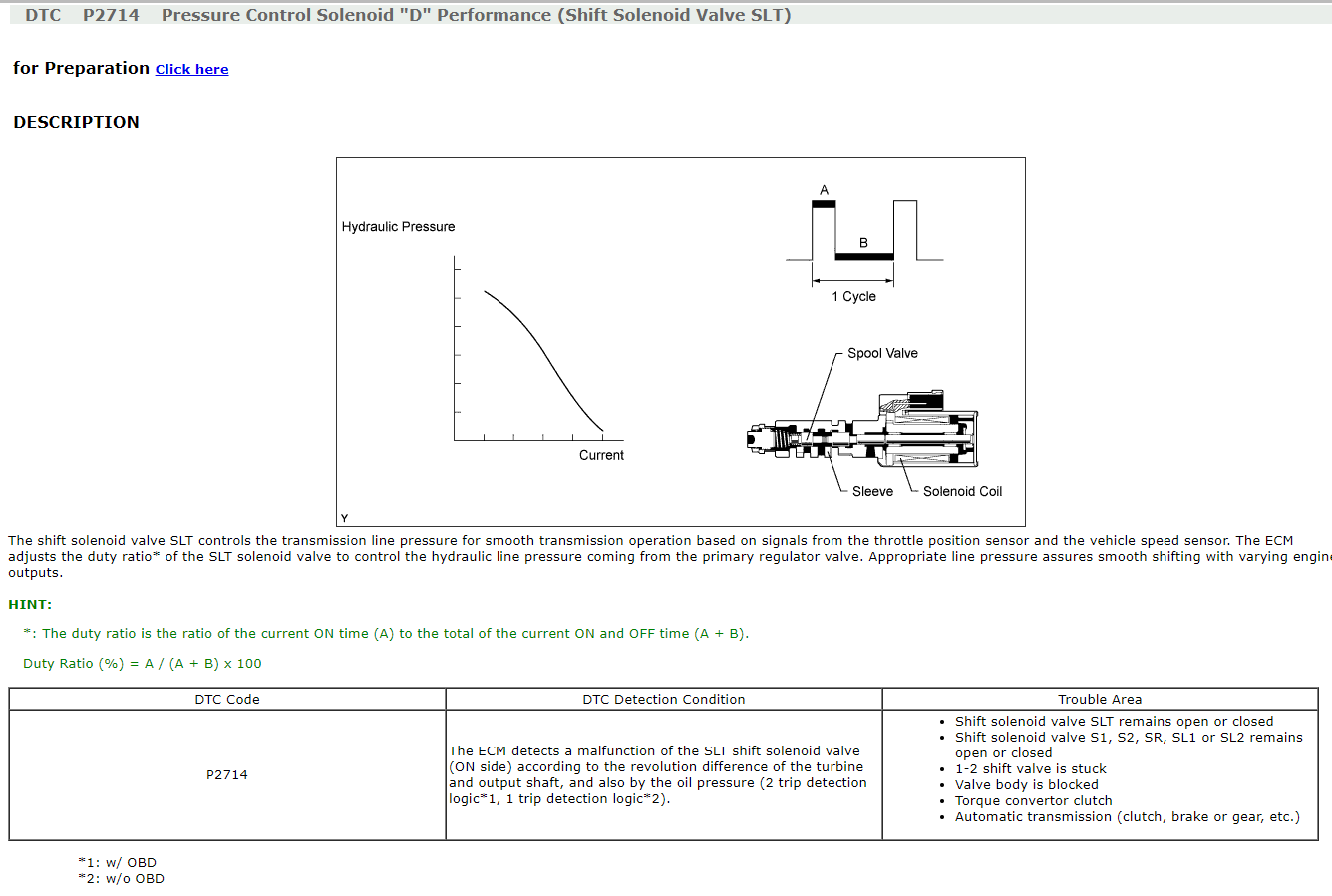 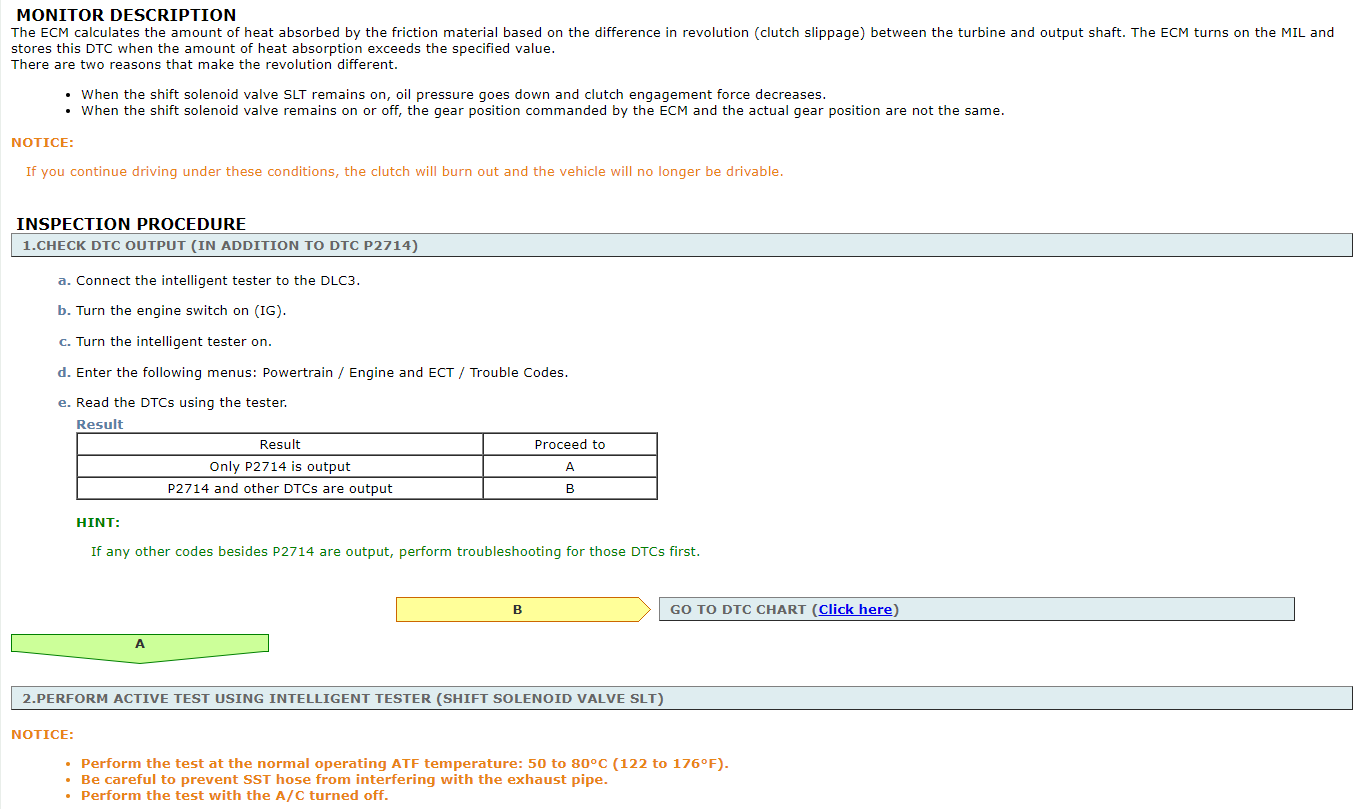 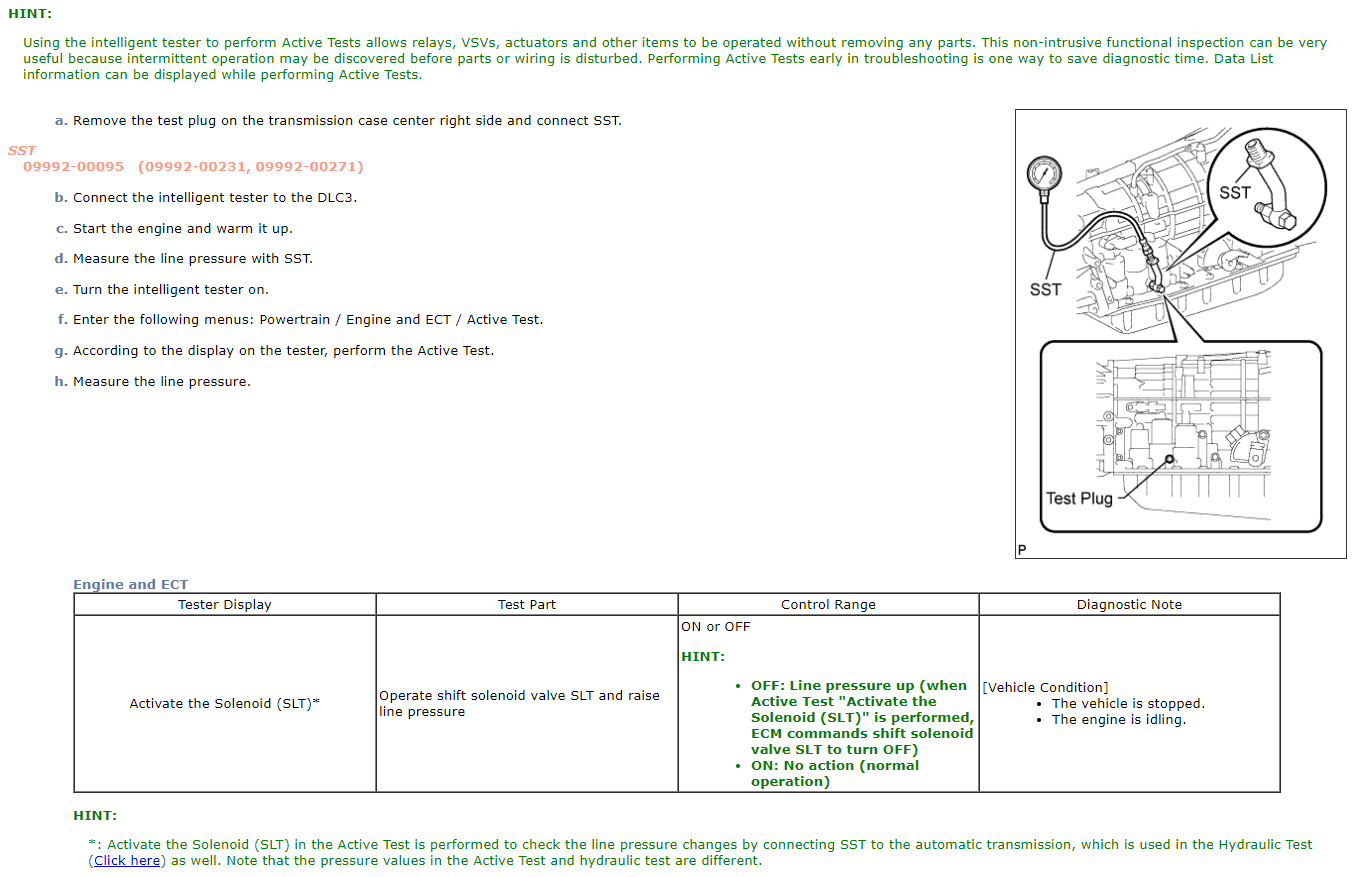 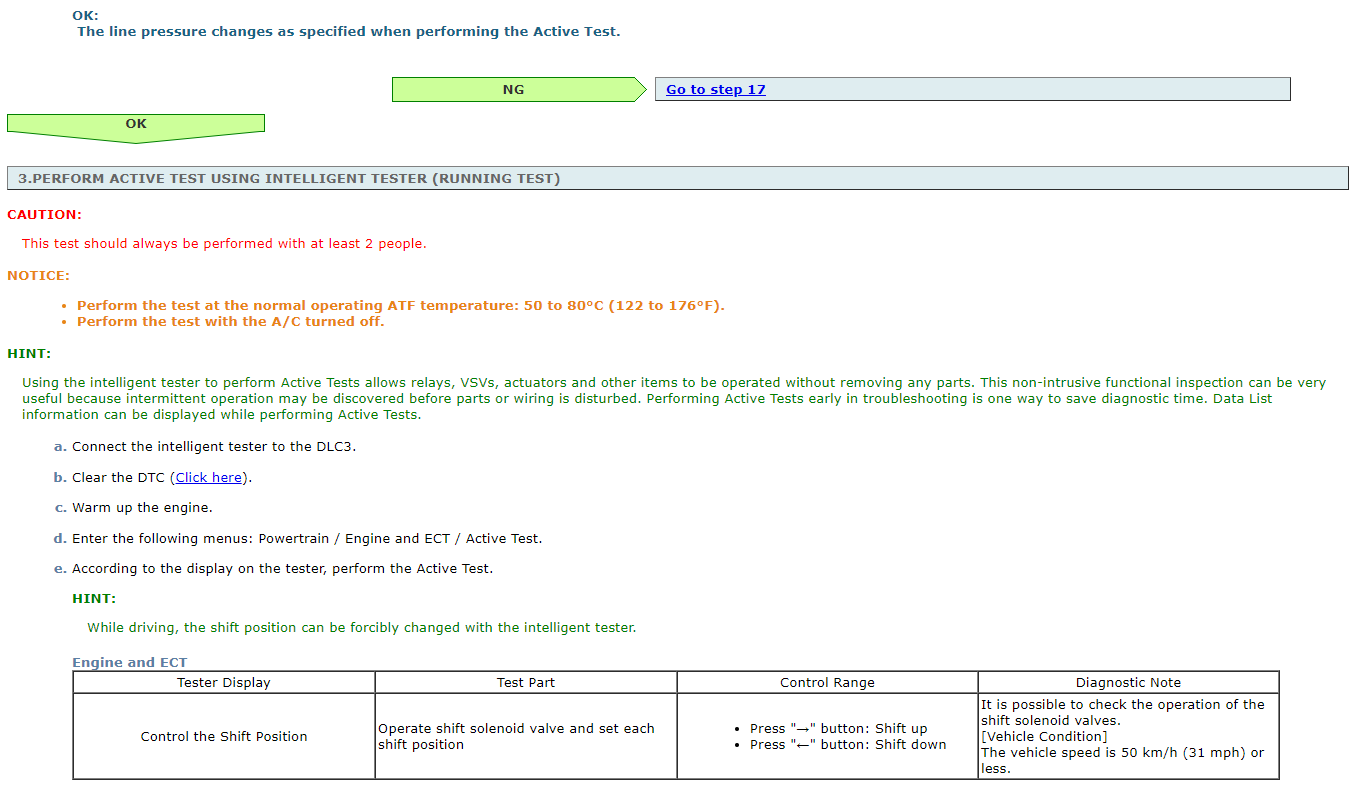 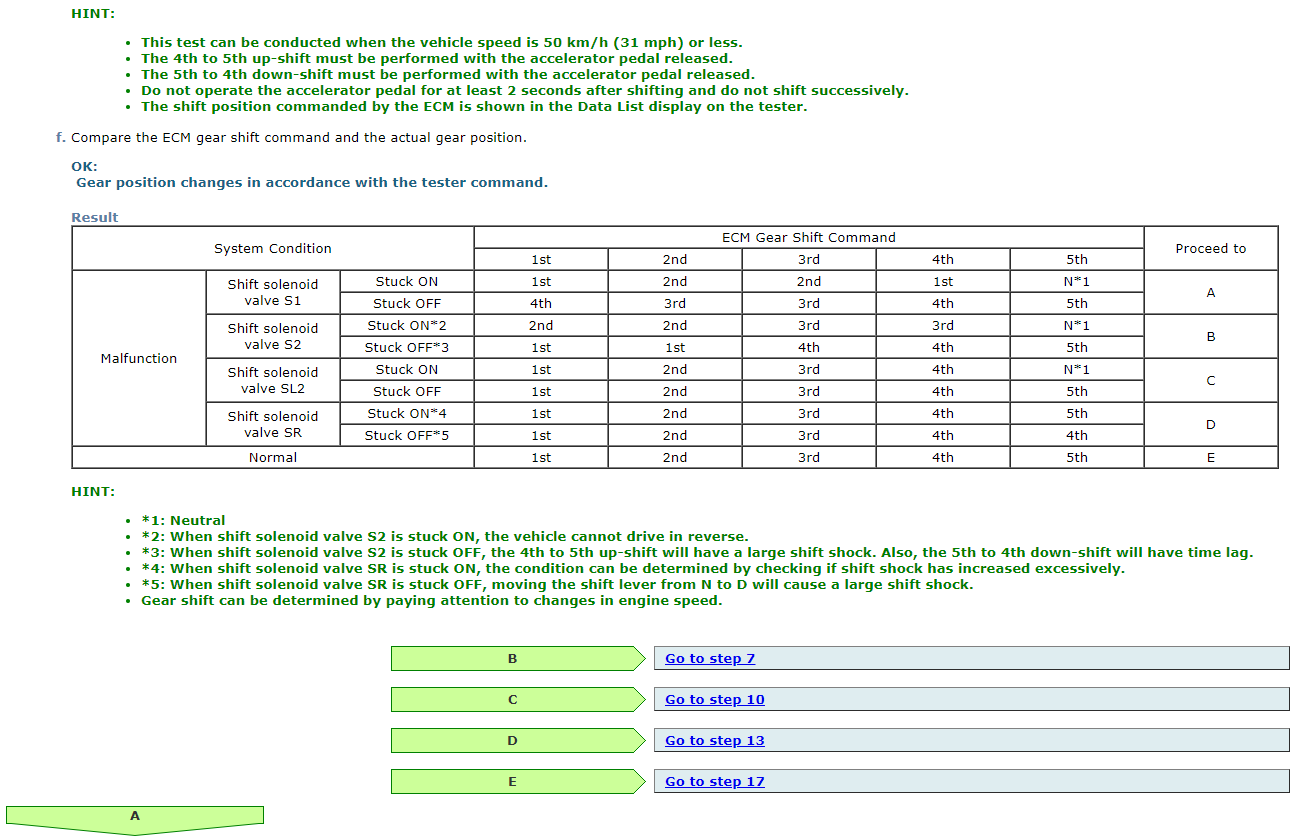 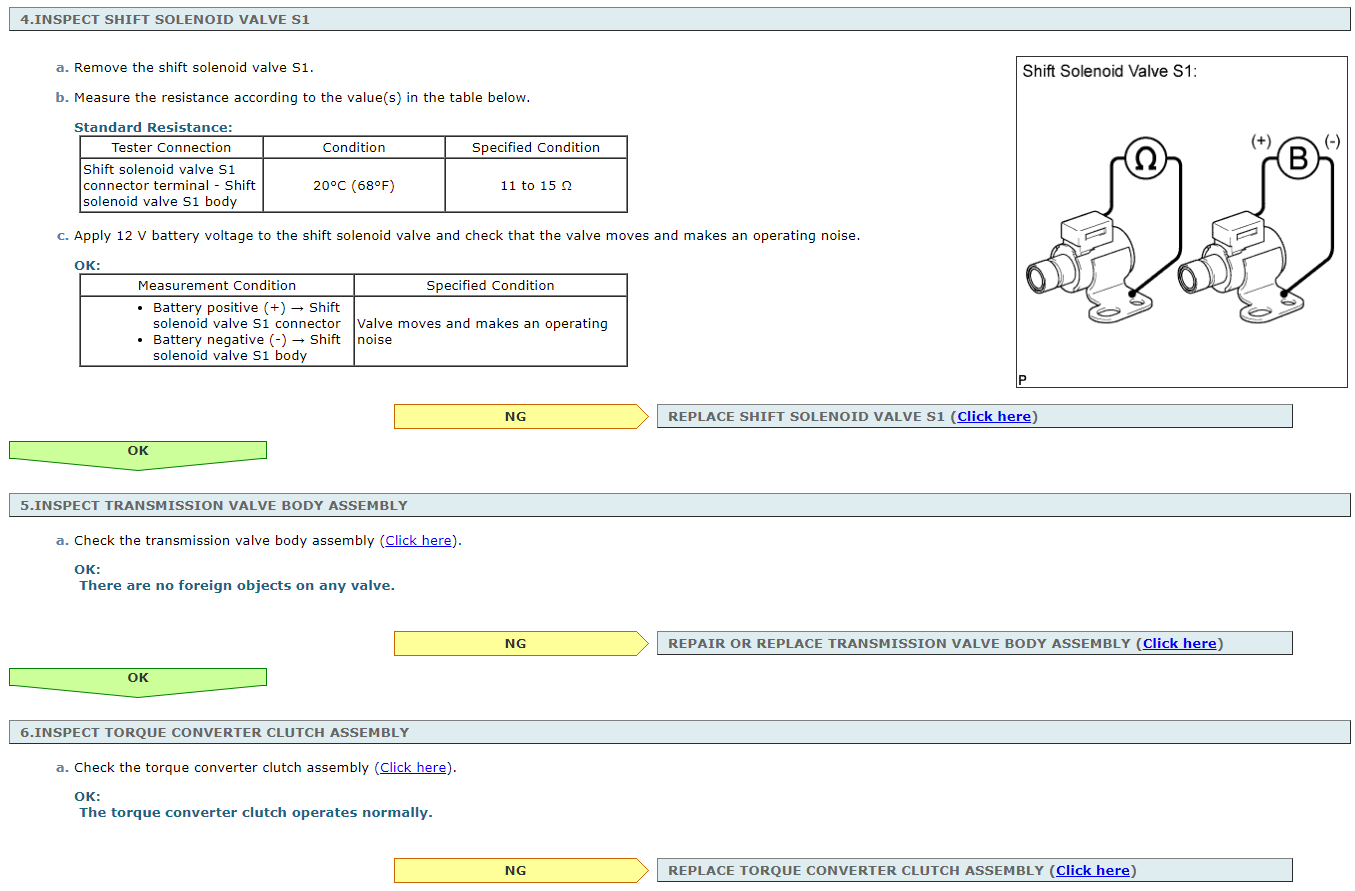 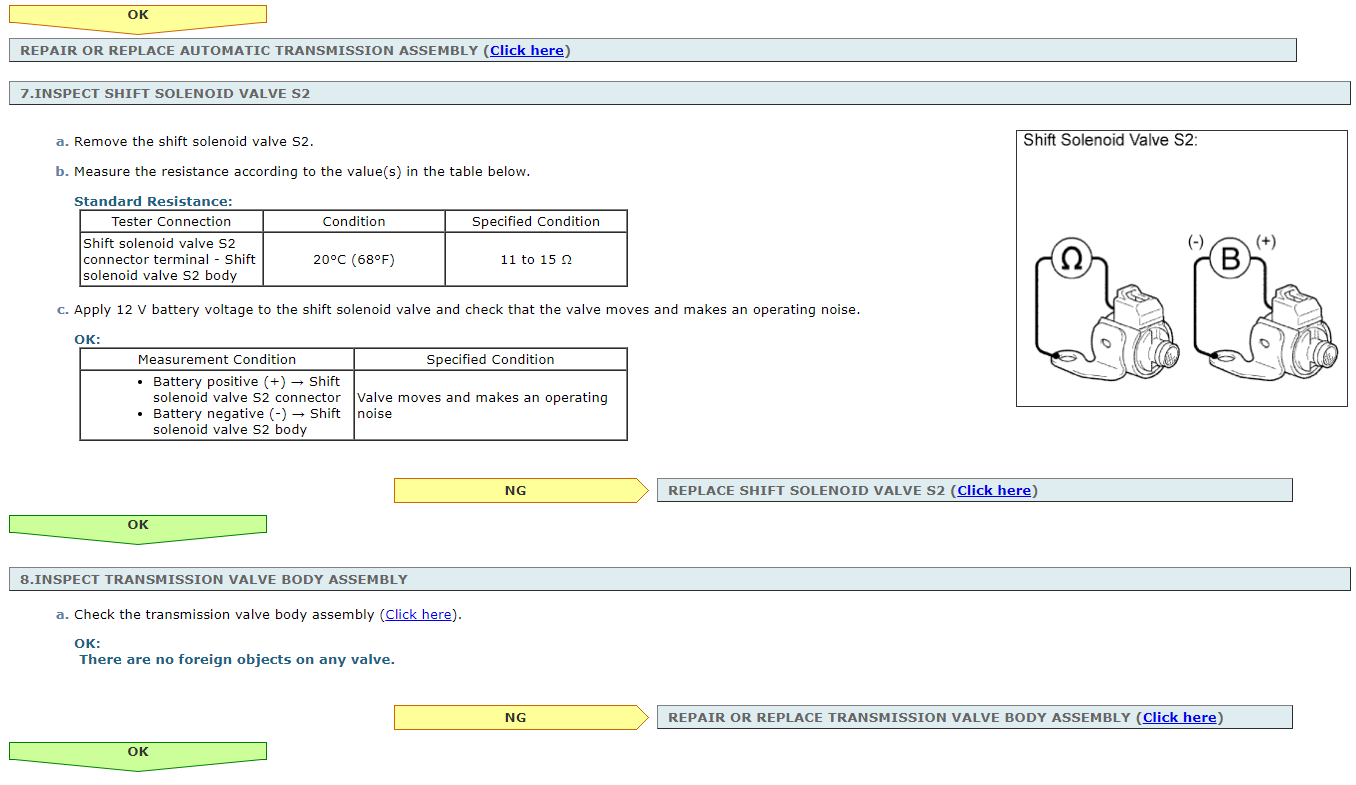 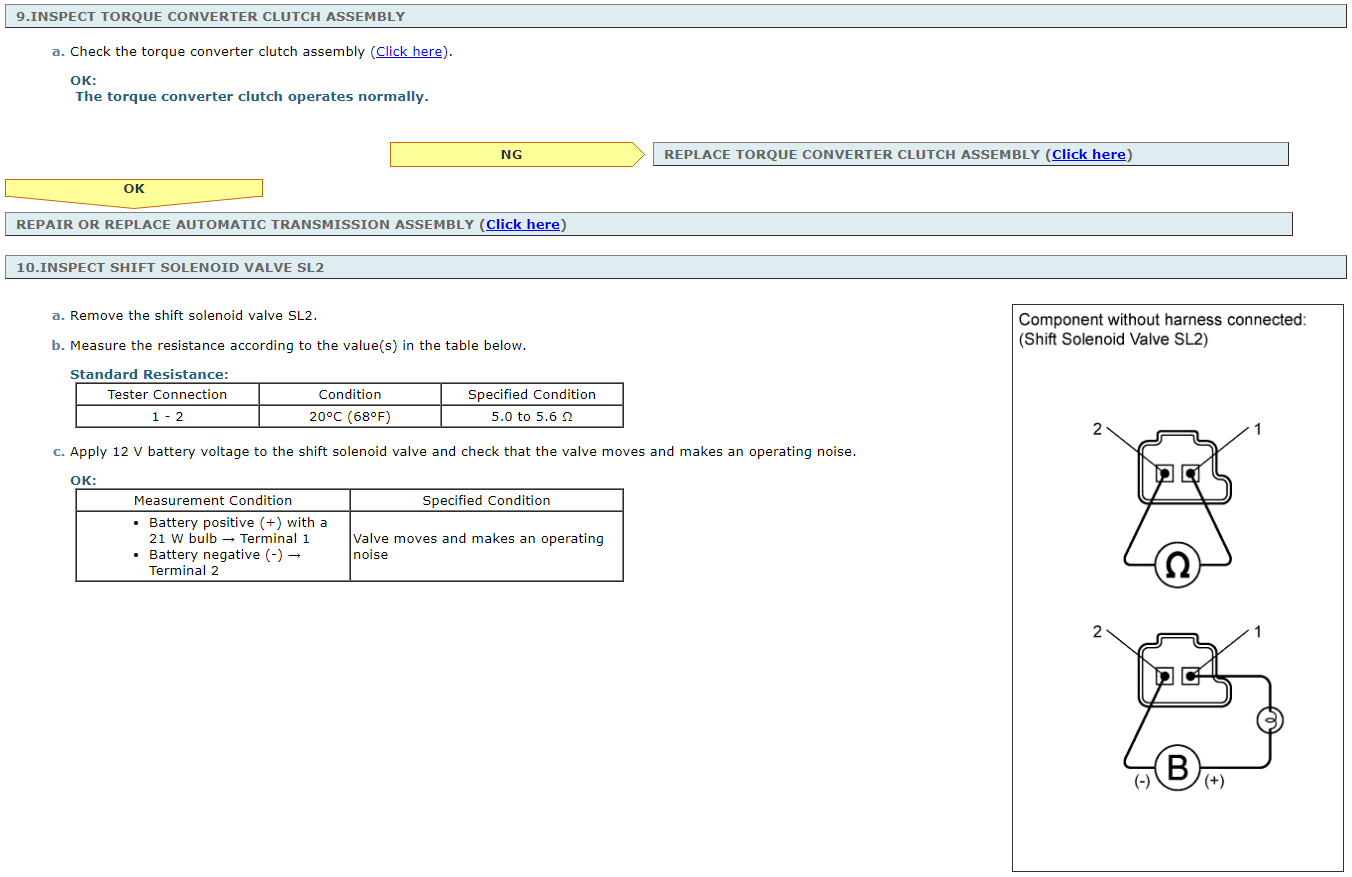 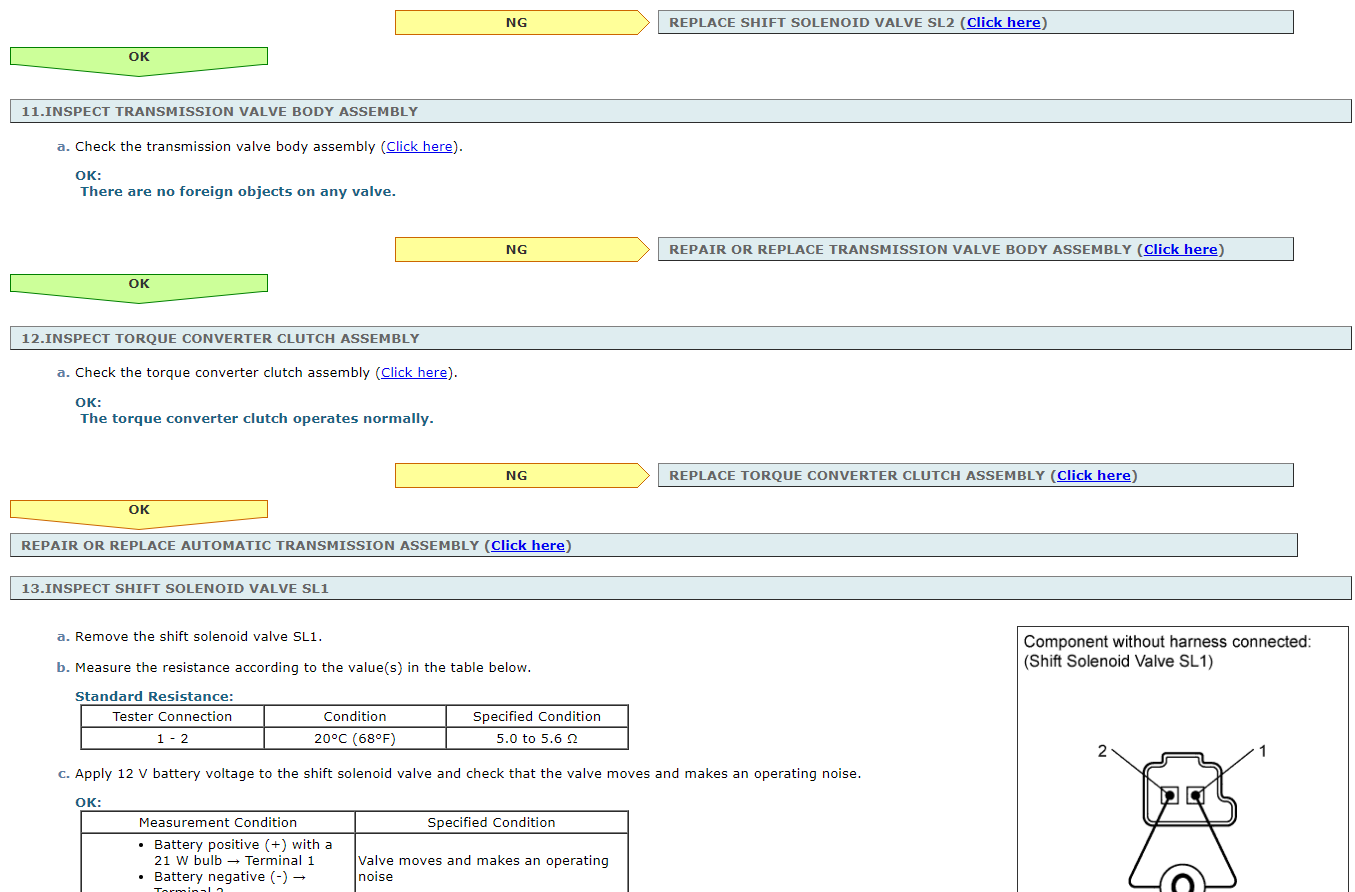 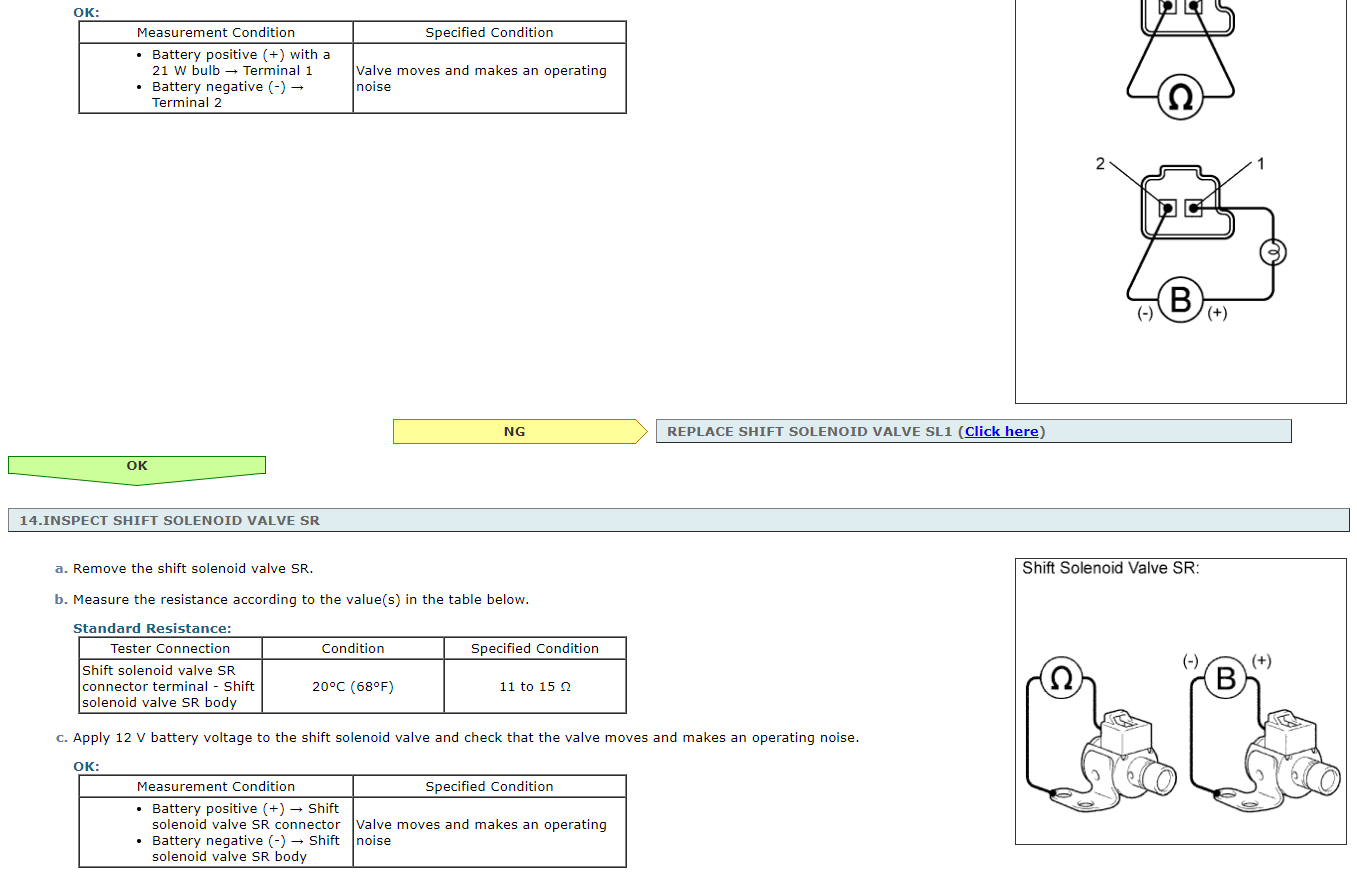 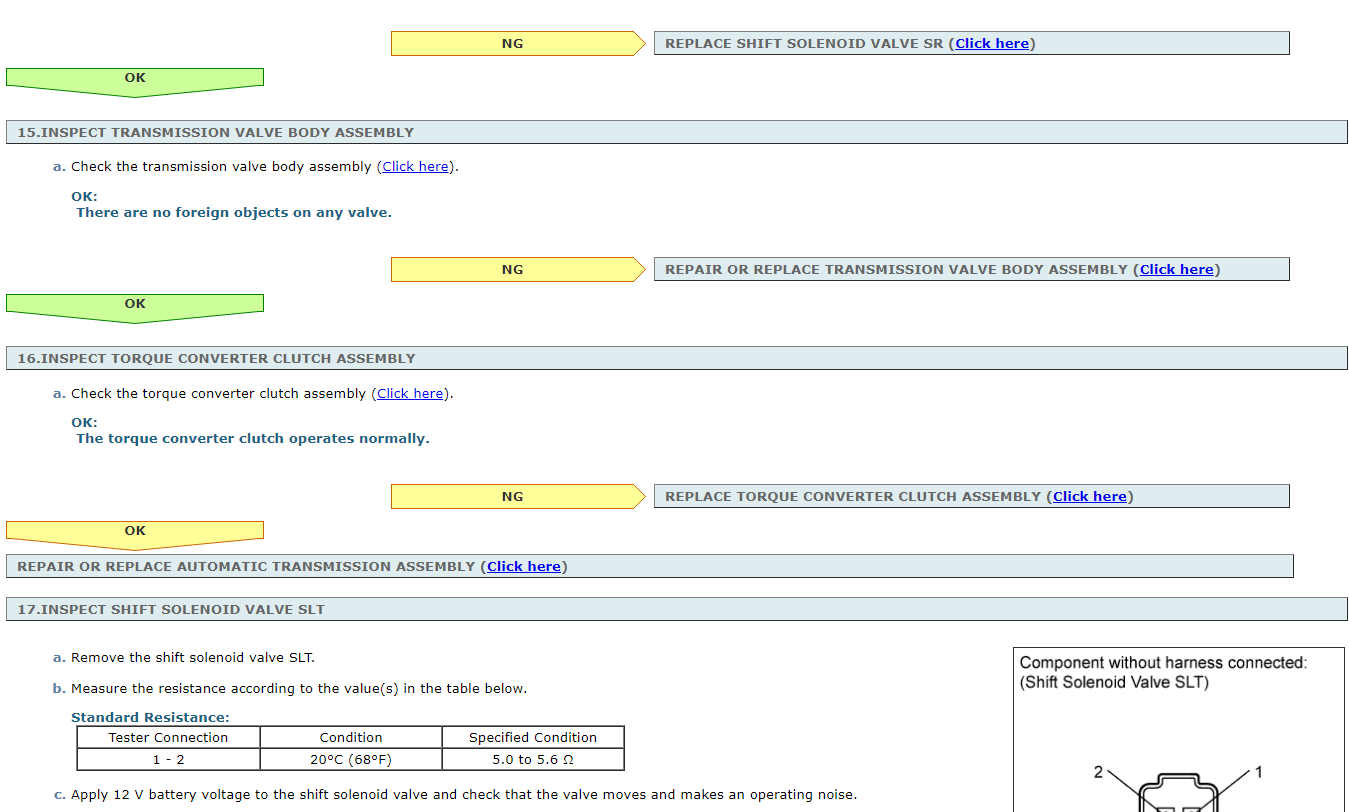 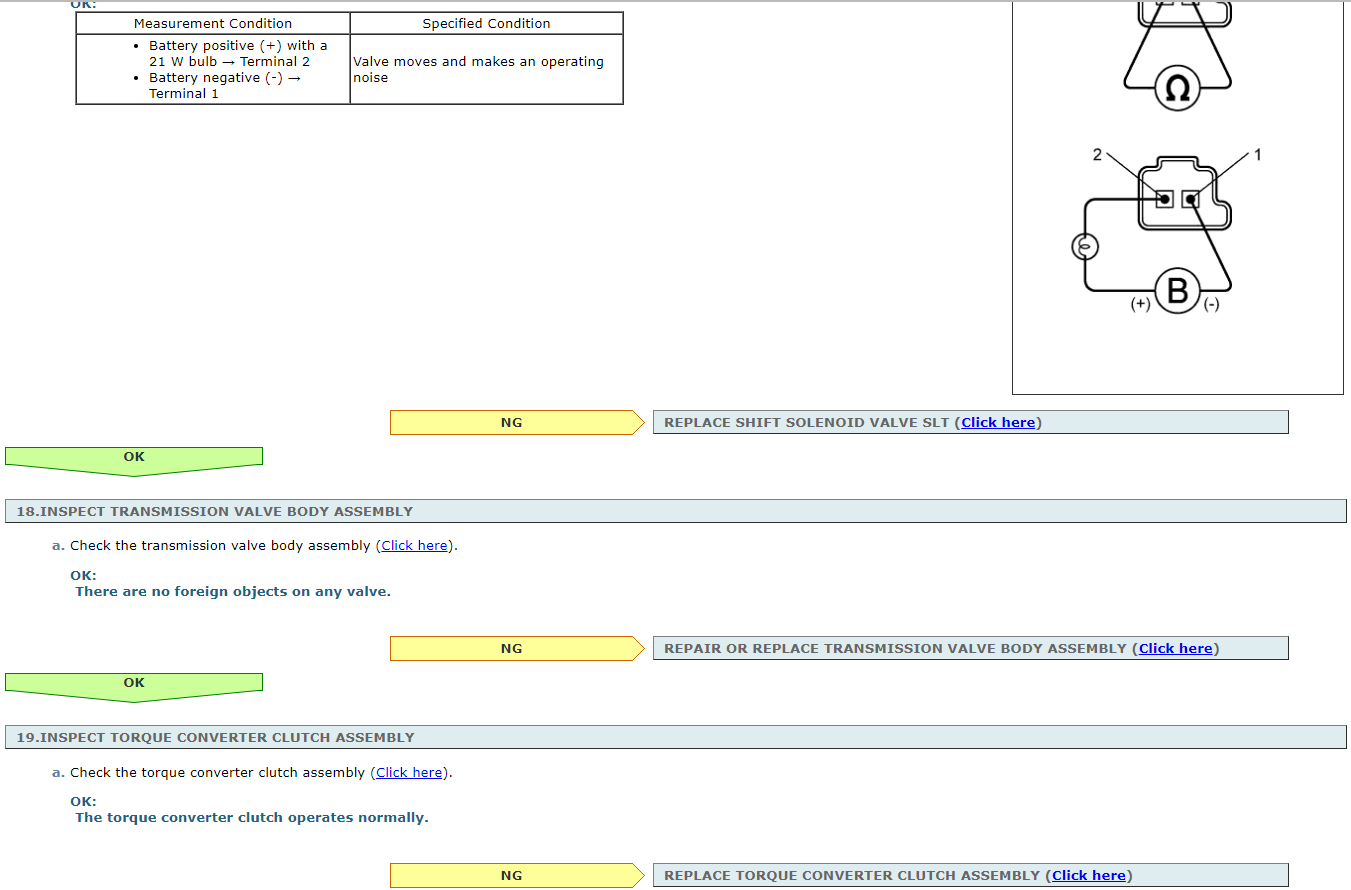 My recent adventure with squirrel chewed wires taught me that a non-working ABS system can display “check PCS system” on the dash.

Not saying your issue is chewed wires, but that digging into diagnostics on the ABS might be a way forward.

You really need the DTCs stored in the vehicle to debug this correctly. Without the error code it's a bit of guesswork or trial and error. Given the cost to replace the ECU, that's an expensive error if you guess wrong. Techstream and an OBD2-to-USB cable is ~$50 and will get you what you need.

If this happened right after hard braking and the seatbelt locking up, I suspect something is wrong with the seatbelt sensor or related system. The FSM says "Check PCS System" can appear "when the seat belt control ECU detects a system malfunction". FSM also says that error can be influenced by other systems.

With the DTC and perhaps the wiring diagram, you can trace the various sensors/ECUs where the PCS system gets its data and then follow the FSM diagnostic procedures to rule each one in or out. If you need a copy of the FSM or the related docs, let me know. Here are the initial troubleshooting steps for the PCS system 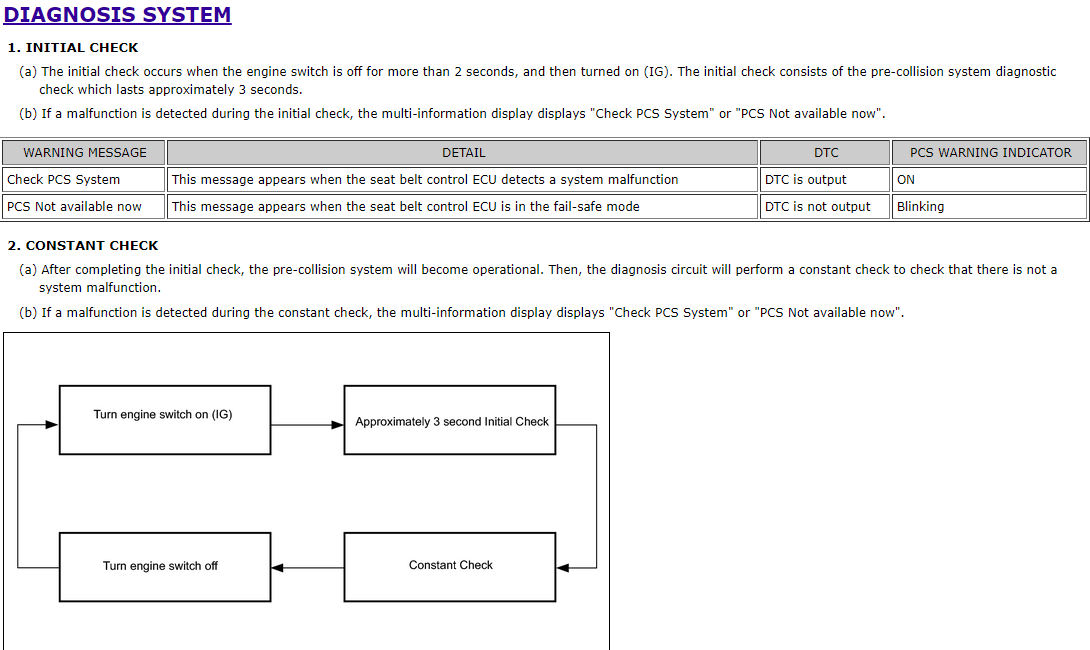 Was the seatbelt recall performed?
O

I know this adds no valuable info, but WHY is this even a topic of convo on a Land Cruiser? On a Maybach maybe, but a 'rugged' world conquering SUV that built its reputation for sitting 20 years and then starting right up with a fresh battery?
Seatbelt ECU?! ABS ECU, traction control ECU, steering angle ECU, thousand dollar brake pumps.......Who dreams up such a thing? $1000 computers?! Crazy.

Does that add ruggedness, dependability, or reliability to their hallowed truck?

Build it tight, build it rugged, build it to last. That's what they used to do at least.

I so want to like the 200 series....it is tough to a point, and a perfect size......but a new, unnecessary gremlin each day pops up in this section. Such a letdown.

Most electronic gremlins you see on this forum tend to be either (a) isolated issues, or (b) water problems. The few widespread gremlins (flashing CDL, for instance) are well known and seem to have existed across older generations too.

I don't think old school cruisers (or any vehicles) were built to last either. I know we all like the simplicity of them because we can easily understand them. But you see them still rolling because people have restored them and developed solutions to problems, but go try to find an original 40 or 60 (or 80 for that matter). They all have weak points too.

As far as a $2000 ECU repair goes, my hunch is this mechanic is hedging the actual repair cost by charging a ton to replace the most expensive part - if the problem persists they can keep throwing $ at parts after that without losing their shirt on the repair. My hunch is that the seatbelt pre-tensioner is the issue here as the problem happened immediately after braking where the mechanism engaged., now PCS throws a warning light because it detects the pre-tensioner isn't showing as "unlocked" like it should. It could be a bad or dirty sensor, it could be a sticky mechanism, etc.

FWIW if it is a bad PCS ECU combined with the transmission repair I'd start to think there was a prior issue with this truck. Maybe flood damage? Maybe an undocumented accident?

linuxgod said:
My hunch is that the seatbelt pre-tensioner is the issue here as the problem happened immediately after braking where the mechanism engaged., now PCS throws a warning light because it detects the pre-tensioner isn't showing as "unlocked" like it should. It could be a bad or dirty sensor, it could be a sticky mechanism, etc.
Click to expand...


Cory, I think Geoff is likely onto something here. I recall your truck was rained into last year due to the windows being left down. I know the owner of my former 200 (also a 2009) got this check PCS error after having the seatbelt recall performed. The tech failed to appropriately plug the tensioner harness back together. I second the hunch that you need to check the wiring at the tensioner for corrosion or other potential damage causing a short.
You must log in or register to reply here.

Friday at 2:46 PM
jovan101
J
8
Things I should check before warranty expires

Check out the upholstery in this 2014