To preface I have searched, read, and youtubed as much as I could before posting.

However, I would like at least some local opinions and opinions that are a bit fresher than threads from 2010.

So to preface I have 1973 fj40 with disc rear (No idea which kit the PO went with. ) and drums in the front. I have never changed drums before and this is a bit of a daunting task for me since I apparently have to disassemble the hubs to get the dang drums open to change the shoes. Now the way I see it is if I have to disassemble the dang hubs I might as well just do the disc brake conversion now.

So here is the big question that has been debated. Who do I go through?
JT Outfitters- kit is only $600ish after shipping. Apparently poor customer service and a record of not shipping correct items
Man a fre- kit is $850+ shipping. Looks similar to jt except uses wilwood calipers instead of chevy. So new pads will be a bit more pricey. Heard mostly good stuff about them.
Poser- No idea. Not even sure if they still make kits.
Last edited: Aug 2, 2020

If we're talking about going front disc, i would think the best bet is going to late 40/hilux knuckles.
Plug and play.
Domestic brakes are junk.

gnob said:
If we're talking about going front disc, i would think the best bet is going to late 40/hilux knuckles.
Plug and play.
Domestic brakes are junk.
Click to expand...

None of the yards I called had a hilux and no luck finding a later year 40 to take the parts from without it going over a couple thousand.

On a side note. I have no idea why my brakes are pulling so hard to the right. After finally getting it disassembled there is lots of material left on the shoes. Cleaning it up now with brake cleaner and will be checking the other side too I guess.

Ok I went through the spare parts bin. Anyone got an idea of what these are from? (Later fj40,mini truck, fj60?) 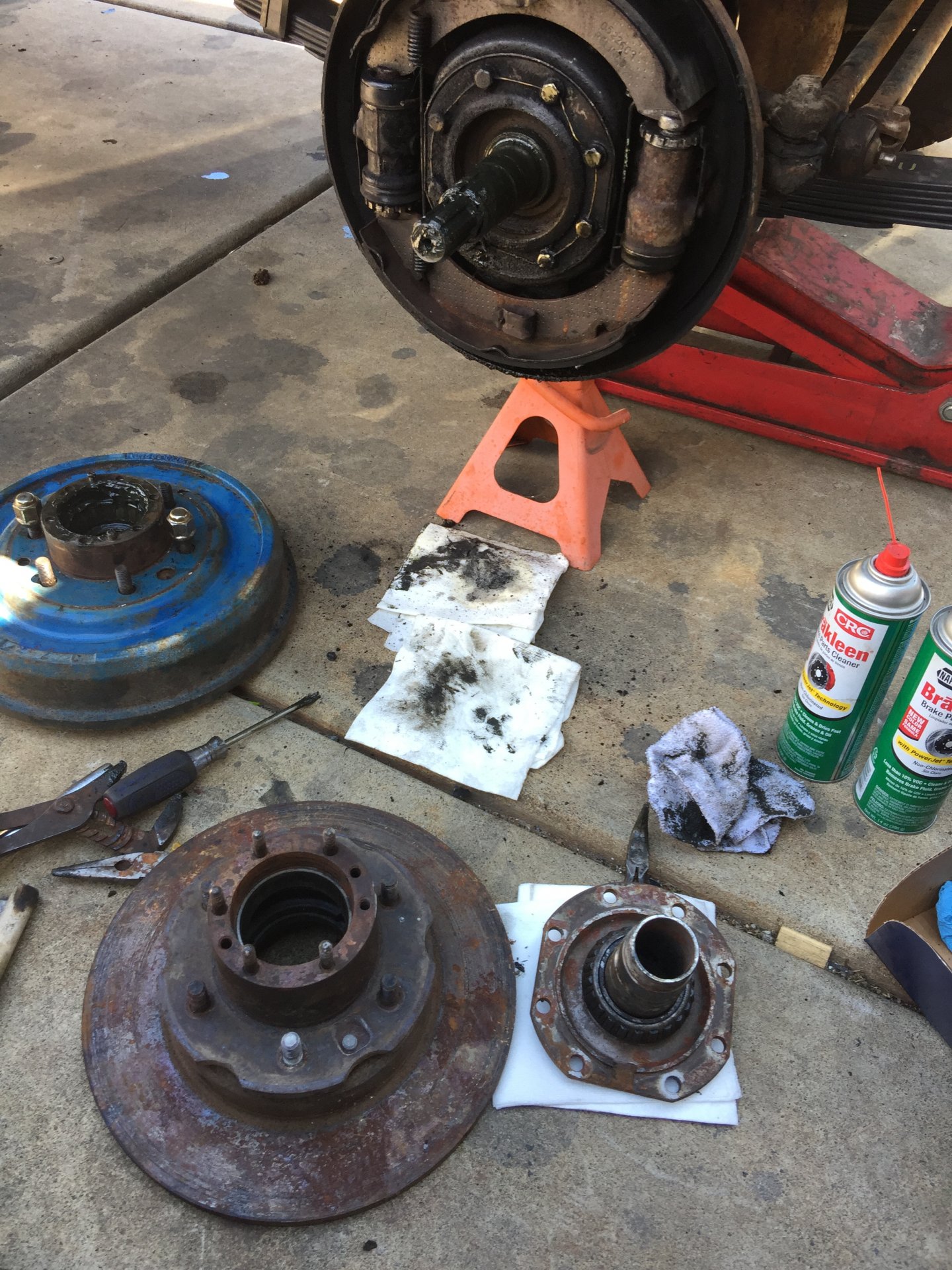 It looks a bit wider than the one that is currently on my Fj40.

If there was brake fluid or gear oil on the pads, theyre done.

The internet is your friend 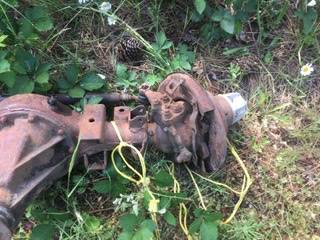 From what I can find out this is an early Toyota straight axle apears to be 4.10 gears missing the...
medford.craigslist.org

gnob said:
The internet is your friend

From what I can find out this is an early Toyota straight axle apears to be 4.10 gears missing the...
medford.craigslist.org
Click to expand...

Well I’ll be damned. Guess I need to widen my search terms a bit more! I’ll look into that one!

You can go with FJ60 outers/CV joints aka Birfields or Mini truck like Gnob posted, plenty of articles to find here, the master cylinder is a bit tricky to get right.. Some clearancing the ball housing if I remember right..

If you can't find a source there are a couple guys I know that have parts. Start a conversation with me if you are interested.
You must log in or register to reply here.