ABS Light on after CV service

I think I'm getting hosed by the dealer. I didn't have the time to service my CV boots (one tore last weekend so it need to be done) to damn busy at work.

That being said when I went to pick up the LC yesterday the ABS light was lit.

I thought ok they may have damaged the ABS sensor on the caliper and they should replace. I get a call from the dealer and they said that its a ABS sensor in the transmission???? Could that really be the case????

I'm calling BS.. the service manual does not show anything like that....the ABS sensors are on the wheel....right???
99 UZJ100 Gone but never forgotten
11 URJ200
16 4Runner TRP
"When injustice become law, Rebellion becomes duty"

Yep, it's on the hub, one each wheel. How the heck would it measure wheel spin at the individual wheels if it was in the tranny?
99 UZJ
Cult member
Think of all the FREE information you've gotten here and support the site https://forum.ih8mud.com/account/upgrades

Ditto, your dealer is coming at you without the courtesy of vaseline. Get them to replace the sensor and if the light goes out they pay, if not then still get them to pay since the light was off when you dropped it off.
TLCA# 20540

Sounds like BS to me. They're easy to hit when you're putting everything back together if you're not careful. I bet they weren't careful!
A man's greatest strides are made without taking a single step. -Craig Hospital Spinal Cord Unit
Toyota Trails Magazine
OutdoorX4 Magazine
2004LC/2014LX
W

The service manager was gone for the day, but he'll be my first call on Monday morning.
99 UZJ100 Gone but never forgotten
11 URJ200
16 4Runner TRP
"When injustice become law, Rebellion becomes duty"

Sometimes they get left unplugged, the plugs are in the engine bay and the wires are easy to inspect. Just poke around in there and see what you find, may be something easy, or may be some obvious negligence. Either way you can have a more informed conversation.

Keep in mind as well, especially at a Toyota dealer, the service writers don't have to know cars as well as a mechanic, so he may be hat dumb and not intentionally trying to screw you.

Here's what you're looking for. At best, it's disconnected at the hub or on top of the inside of the fender. At worst, the wire has been stretched or broken.

I ruined one of my ABS sensors trying to remove it from the hub while completing a DIY CV reboot (that was an expensive lesson). I now know to disconnect it from the fender, remove all the brackets holding it in place along its path to the hub, and feed the slack to the steering knuckle so that it can be swung out of the way.

Use the diagram to have a look and report back. Hoping for the best. 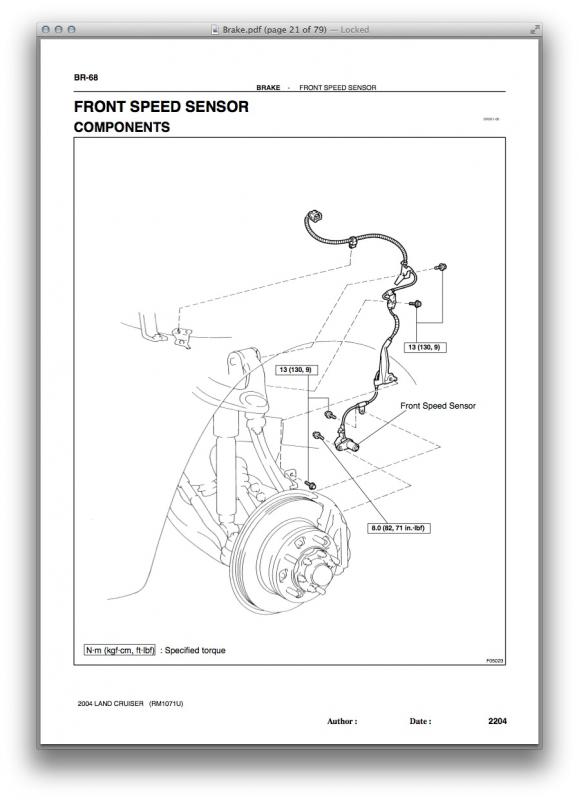 Suggest you check that the sensor cable is plugged in at both ends, as ENGINE er suggested.
If it is not, plug it in. In either case, suggest you clear the code then drive the car. If the ABS light comes back on then you take it back in and ask them to fix what they broke during the service work.
If the ABS light does not come on, then you are good to go. Either way they should never have released the car with an ABS light set. If it gets ugly, try saying something about a member of your family who works for the local newspaper asking you about how this turned out. Heh! 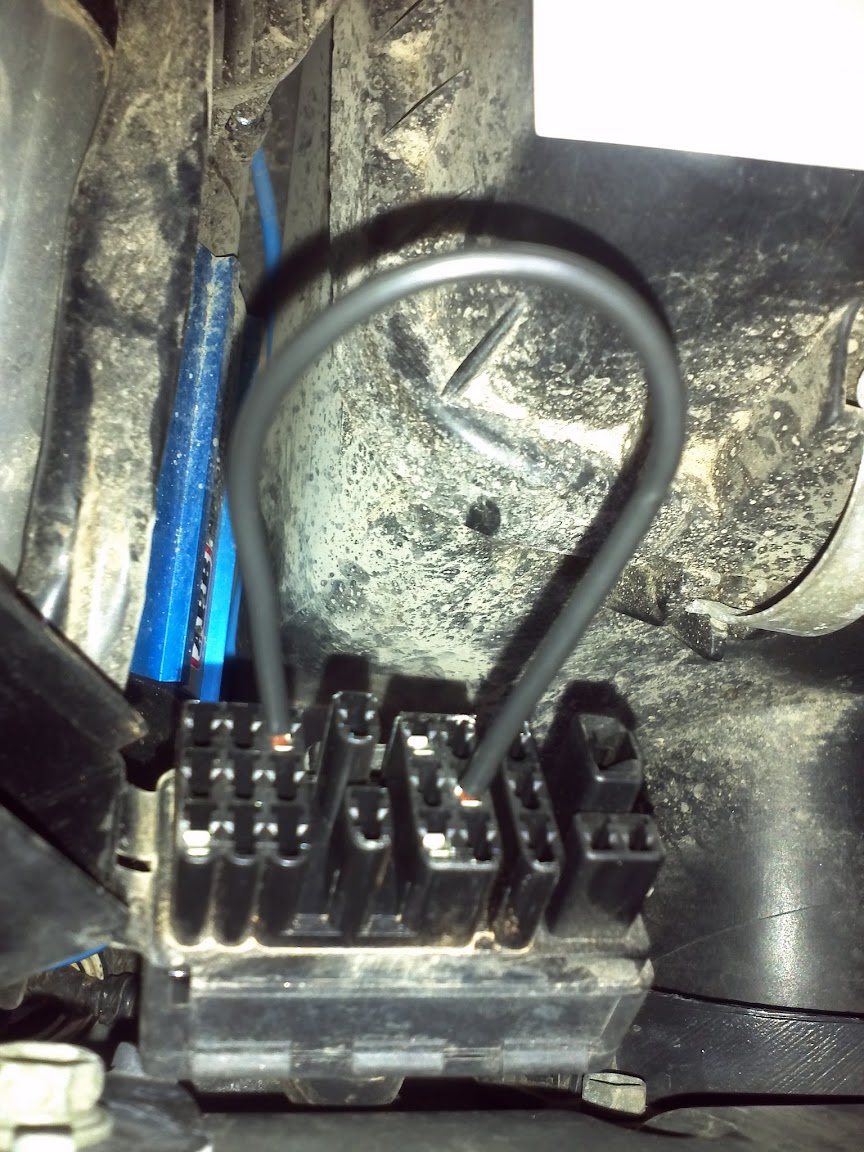 Dealer stepped up and replaced the cable. Thanks for all the help gents, it actually helped me explain the issue to the dealer.

Thanks again.
99 UZJ100 Gone but never forgotten
11 URJ200
16 4Runner TRP
"When injustice become law, Rebellion becomes duty"
You must log in or register to reply here.

J
ABS Booster MC Module Replace: Reprogram Required after install? What did you pay at Local Shop ? at Dealer?