I am looking into option for a rear seat in my troopie to fit a baby seat
does anyone know if a seat from a 70 or 74 would fit ?
been researching this alot and everyone seems to have done it different ways but no mention of a 70 swb seat

You got punked on this topic, eh?

The 7* series are all the same width, so yes it would fit, but it wont be a straight bolt in. The 70/73/74 rear seat folds forwards and sits on its hinged bracket that also incorporates the seat belt anchor on the models fitted with them.

In fact there would be many seats you could possibly use.
But you need to also check the laws in your area regarding the fitting of extra seats/seat belts.

The other thing is getting a baby in and out of a troopy rear seat doesn't sound like fun.

roscoFJ73 said:
In fact there would be many seats you could possibly use.
Click to expand...

Would it be a safe assumption that a newer 78 5 seat configuration could be adapted to a 75?

By 5 seat, the RV spec'd with the "swivel front seat" to access the rear?

(If I've engaged on another, similar question, please excuse)

Same goes for the reverse.

Would it be a safe assumption the a 78 Series swivel seat could be adapted to a 73?

Realize that's a tough one, can't find any info of the "swivel seat" operation, anyway, but verbiage in a 1999 review stated it was a huge improvement in the ingress/egress.


roscoFJ73 said:
But you need to also check the laws in your area regarding the fitting of extra seats/seat belts.
Click to expand...

It's the Wild West here, man.

It's crazy that one can be fined for no seatbelt, which I always wear, while there's but a handful of states with helmet laws.


roscoFJ73 said:
The other thing is getting a baby in and out of a troopy rear seat doesn't sound like fun.
Click to expand...

For me personally, (I bumped an old thread) the only babies I need to concern myself with are 14 and 9.

I used 80 series third row seats and am very happy with turn out. Allows for fold down and fits two car seats with room for someone in middle in needed.

Let me know if you need more pics

I'll correct in the morning 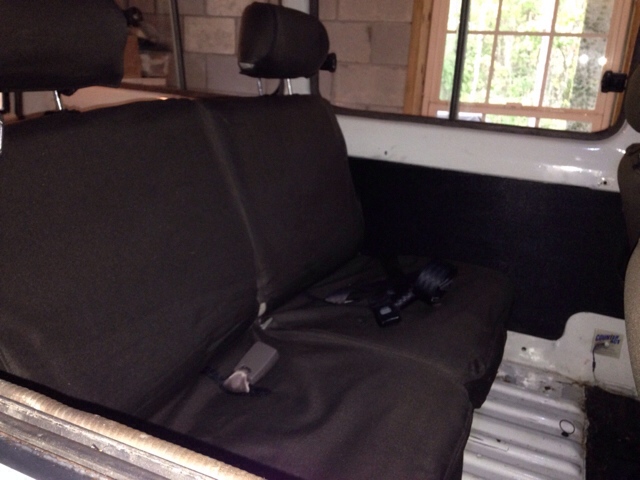 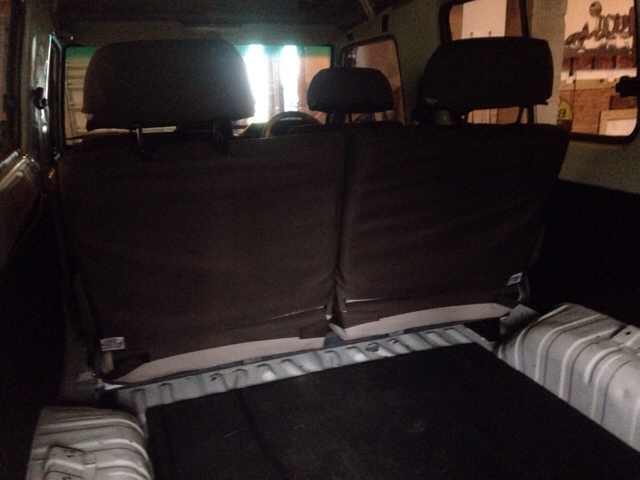 https://forum.ih8mud.com/index.php?threads/Troopy-updates-and-interior-refit..807368/
You must log in or register to reply here.

B
Troopy Side Interior Panels