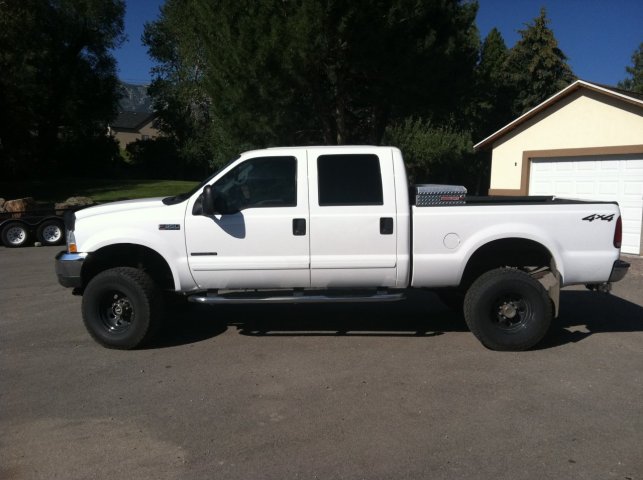 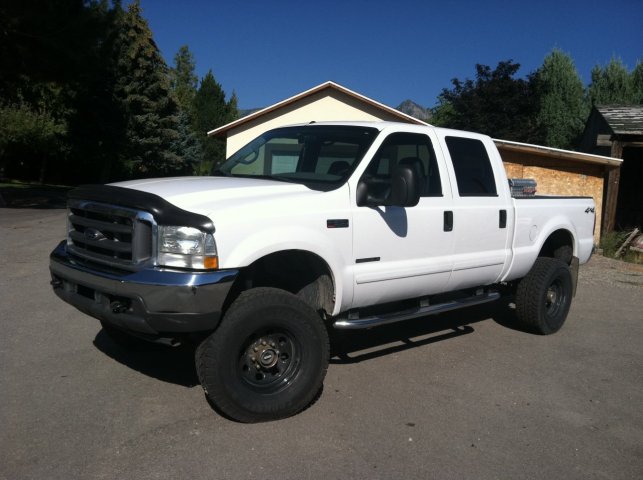 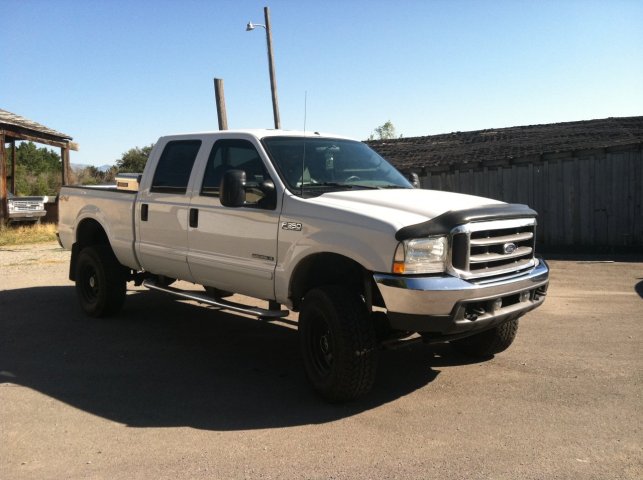 7.3 powerstroke Lariat, 4x4, lifted, differential lockers, new transmission, new injectors, low miles, crew cab, short bed. This truck is well maintained, and ready to go. I have built and maintained this truck as well as I could, with the idea that I would keep it forever. However, I've decided to focus on building my 80 series and let this one go.

The Truck:
2002 F-350
White
Crew Cab
Short Bed (6.5')
4wd, Auto
139k miles
Lariat, heated seats, power options
Dana 60 front axle
3.73 gears
Exterior: 7/10 (small dings and dents accumulated over the years, most before I got it. One smaller area behind right front tire where P/O came down on a rock has some trail rash. It never bothered me, so I haven't looked into doing anything about it.Undercarriage has approximately "normal" amount of rust for these parts, judging by my other vehicles)
Interior: 7/10 (Pretty clean, actually. One minor wear spot on drivers seat where your jeans slide across the seat as you climb in is the only issue with the leather. No cracking. Sunglasses holders up top have come out...not sure where they ended up)

Clean title, I am the third owner. I purchased the vehicle in spring of 2011.

Never been smoked in.

I got this truck originally as a work truck (I'm a landscape architect.) I never towed much with it, mostly hauled an occasional load of plants with it, or personal use.

Lockers work awesome. I did some hills easier in the Ford than my (unlocked) fzj80 and my 03 Montero 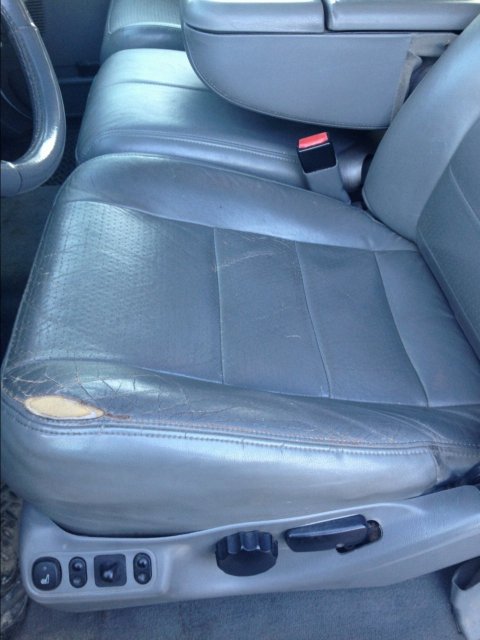 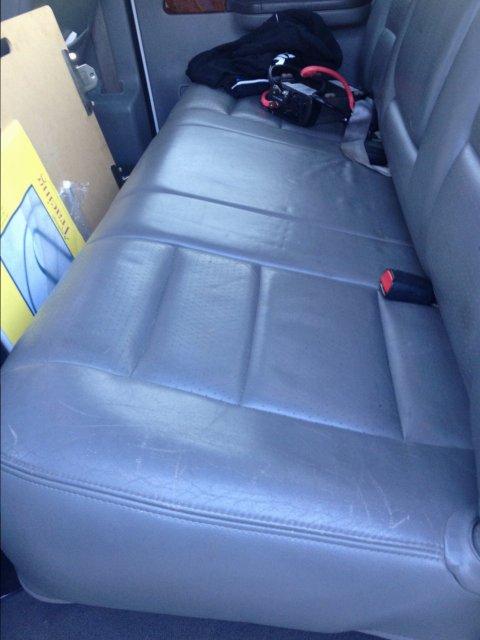