So as many of you knew, I was somewhat attempting to sell BeBe. The instigator behind this was towing a trailer last year with the 4Runner and the wife and realizing that the "glamping life" isn't a bad one. So I had originally planned to start aggressively trying to sell the 60 in the spring with the intent that she would be gone by the end of next year. I decided to throw some "For Sale" signs in the windows just to see what kinda response I would get.

Well I got the occasional tire kickers, lots of thumbs ups and a few "why are you selling THAT. They don't make them like that anymore!"
Not really seeing a whole lot of interest after we got back from seeing family for Thanksgiving I had planned on taking the signs down for the holiday and putting them back up again later. No real need or motivation to aggressively sell her. Well, the monday after Thanksgiving I am sitting in my office and I get a call on my sell, a woman wants to look at it. So I talk with her via text, they plan to come by that evening to look at her and take a test drive. Well low and behold, she is someone who has been on the hunt for a cruiser for a little while, seems enthusiastic and has no problem piloting BeBe around in the quick test drive. Afterwards we chat more, and I am honest with the things that are going on, paint needs some touch up, oil pan needs replacement, carpet is pretty bad in the rear and interior was my next phase and was going to need work but was otherwise sound inside and out.

No problem, she is all for it and asks if I will take a cashier's check. Done, I am good with that, no haggling on price or anything?
Well, we make arrangement then have to change them to this Sunday (yesterday) for her to pick up. So now BeBe has gone to a new home. Someone that is super stoked to have a new toy, not a daily driver, and is willing to learn on her. Best of all she is going to be local and keeping my plates! So you will see BeBe running around occasionally with the FJ6TY plates on her. 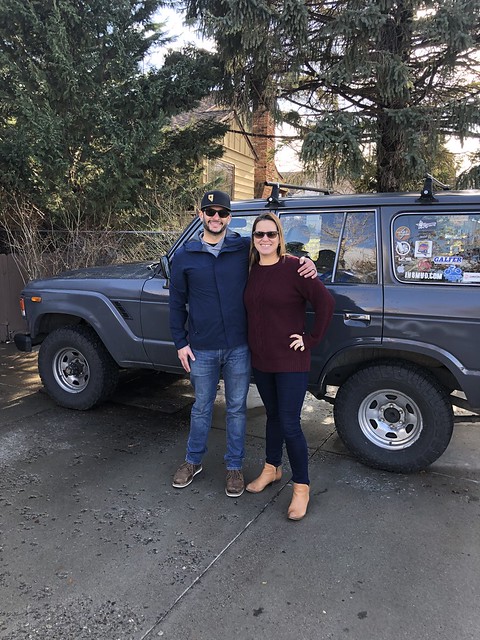 Congratulations. It sounds like he/she? went to a good home. I think they got a good deal. Nice of them not to haggle. Good luck on the search for a 100. I'll keep my eyes on the forums for you.

No 80... need the v8.. While I would love an 80 and like the aesthetic better, v8 for towing is the name of the game. Going to head over the hill in a bit here to go look at a 99 LC. One owner vehicle, 239k but looks to be well maintained and everything.

We found ours at the consignment lot on Mill street.

Yeah there are some LXs at CarZone and Budget Motors, but a bit outta my price range. Plus they are a bit nicer than I would want, would feel bad getting NV Pinstriping on them. 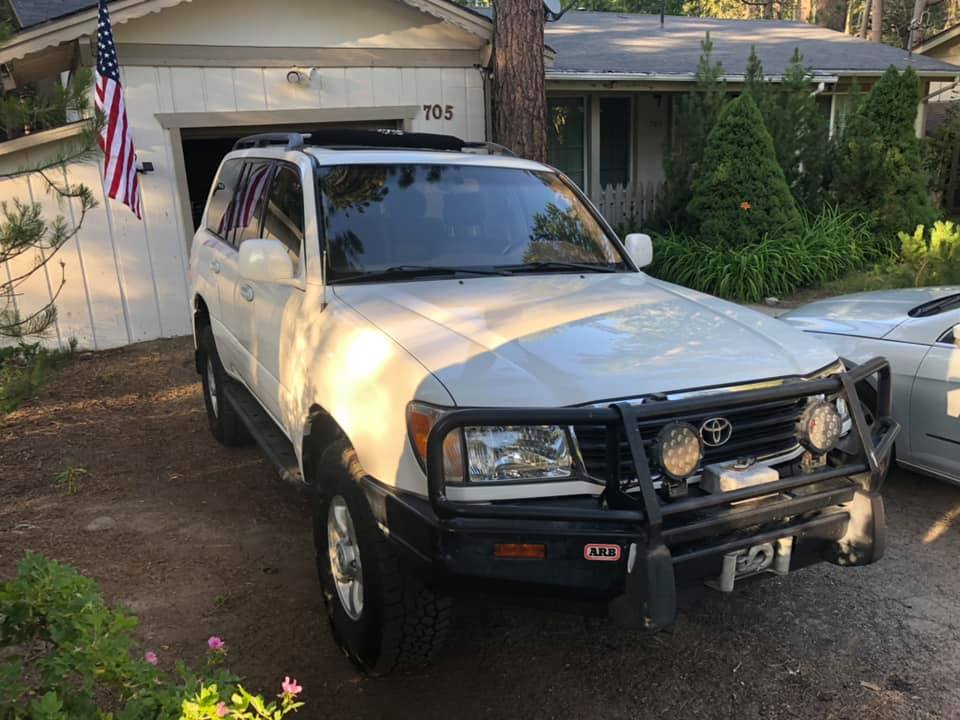 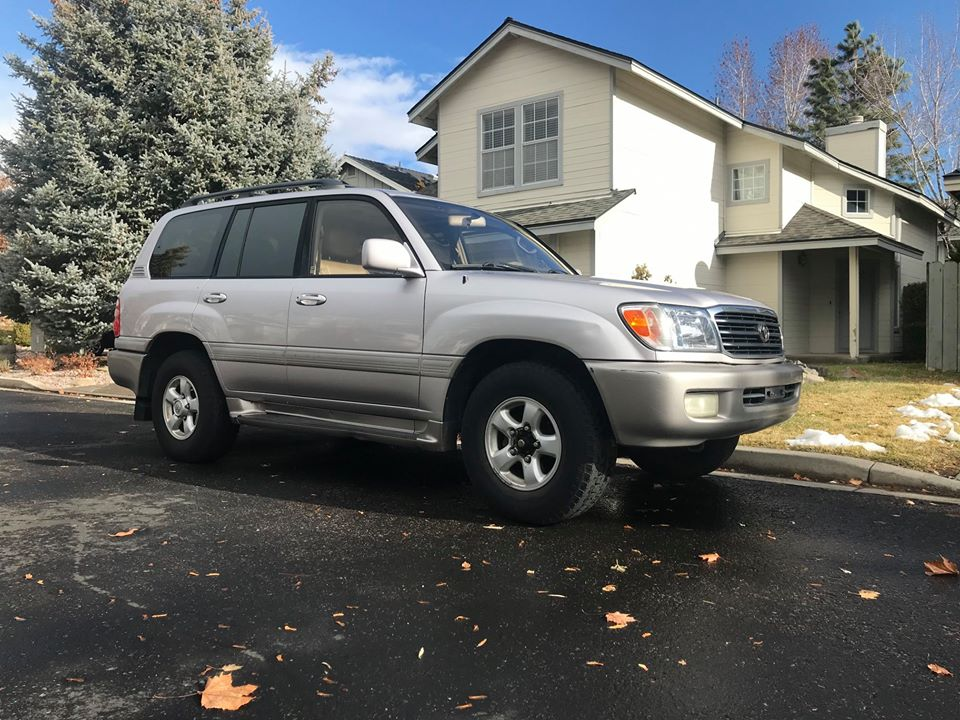 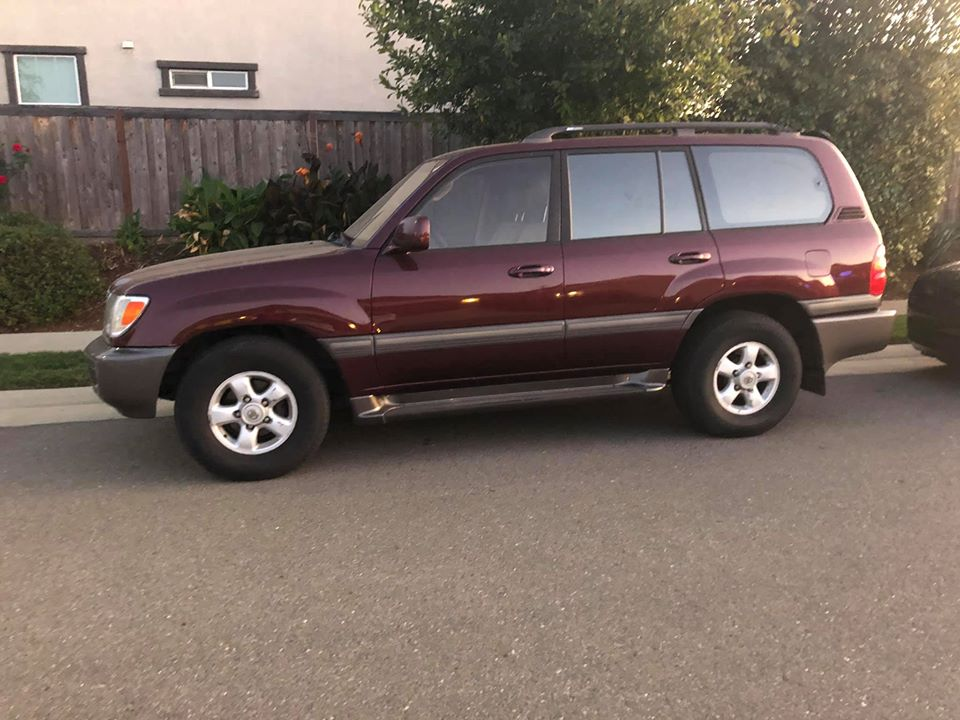 I like the white one. It would give you a good head start (lockers, winch, armor) for an "overland" rig (hwy and trail). I bet you could get it for $8700. Owner is asking $9500. High miles though, but it is a Toyota. Give it a weekend stay at Georg's TLC spa and you'll be good to go for a couple hundred thousand.

Yup already looked at the top two and the third I was talking with the owner.
1. Little higher mileage than I was looking for at 270k+
2. Lots of talking with the owner, great guy, truck just wasn't for me. Would need at least $2k of stuff just to get her baselined (new tires and TB/WP) but other than that looked like a solid truck. At 251k I figured I would wait it out and see if I found something else.
3. WV/NC truck but owner said new rust to speak of. She was supposed to be getting me pics of the underneath but nothing materialized. Bad part is that she is working to clear a lien on the truck, back in NC and apparently has been some issues.

Actually ended up finding one here on MUD. Was going a few pages back in the classifieds and remembered seeing one that was listed in Las Vegas. Clean truck, couple owner, 191k, small lift and new tires. Oddity was that it was a cloth interior (super rare) but other than that was a seriously clean truck and was previously owned by a Toyota Technician so there is literally 45 service records on CarFax/Toyota and something like 60+ on AutoCheck. All good service stuff, new axles, blah blah blah.

So.... I am flying down to Vegas on Friday to pick her up. One of those trucks I really didn't want to sit on and go back and forth about as it just seemed like too clean a truck.

Cloth is smart in Vegas. Anyone who has lived there can tell you why...

WILLD420 said:
Cloth is smart in Vegas. Anyone who has lived there can tell you why...
Click to expand...

I grew up in the Central Valley in California, I am well aware of the cons of having leather in a hot climate. Will be nice around here too, not ice cold in the winter and not blazing hot in the summer. Still has butt warmers too!

Probably first thing she will have done to her is a remote start seeing as she sits in the driveway all year long. Will be nice to be able to start her up from inside the house and not worry about trying to go out and warm her up.

If you need any help while in Vegas let me know.
JP

mrboatman said:
If you need any help while in Vegas let me know.
JP
Click to expand...