Not mine but came across it while surfing CL.

Here is the text from the ad:

Helping out my friend Jon who is the third owner selling his beautiful all-original 1979 FJ40. The 40 is located in Portland, Oregon if anyone is interested in viewing it. Current mileage is right around 51,000 miles and the truck comes with a clean Oregon title in the owner’s name.

If you believe perfection is a low mileage FJ40 that you can drive every day because it isn’t perfect – than this is the cruiser for you. As Jon stated “If not being perfect is what some regard as… perfect – this rigs for you”.

The current owner purchased this FJ40 in October of 2001 from the second owner when it had 42,2209 miles. The second owner bought it in 1991 from the original owner when it had 36,000 miles on the clock. The original owner had the FJ40 garaged at a ski cabin in the Mt. Hood Oregon area and as is typical with most Oregonians the truck was very rarely used – mostly in the summer months. As many of you know Oregon did not use salt products on the roads until the early 2000’s (well after this truck left the Mt. Hood area) and thus the nearly rust free condition of this 40. There are just a few rust spots under the drivers floor pan area due to wet/snowy boots (not from the outside or corrosive exposure) and these areas have been addressed with rust inhibitors and cleaned up too good as new when the current owner purchased the rig.

The second owner did very little work on the 40 due to the low mileage and overall condition of the rig. There weren’t many major issues but the truck did sit for a long time so beyond a replacement fuel pump there wasn’t much else needed to “restore it”. The current owner instead chose to take it into his garage and rely on a local land cruiser specialty shop (Land Cruiser NW here in Portland, Oregon) to help clean it up. Between October 2001 and March 2002 and within 500 miles of purchasing the truck the belts, radiator hoses, front and rear heater hoses, radiator service, all new oils/fluids for transmission, transfer case, front/rear diff, and the fuel lines were replaced. As of today the mileage is just over 51000 so all of this work is still extremely fresh.

From 2002 until 2011 the truck was used as mostly a museum piece. The current owner enjoyed having a low mileage FJ40 at his residence outside of Bend Oregon and he would often enjoy the occasional back roads (BLM, NFS, FISH & WILDLIFE roads) within southeastern Oregon – mostly light duty work with dirt, rock and sand byways. The vast majority as you will see with the underside photos as on public land areas in Bend Oregon.

In 2011 the FJ40 was parked in storage where it sat until 2017 due to some other projects that preoccupied the owner. In 2017 it was loaded on the back of a car carrier and dropped off to Land Cruiser NW with the instructions to get it back up to reliable road/off-road worthiness. The team at Land Cruiser NW spared no expense and all of this work was needed due to just having the car sit for almost 6 years – as the receipts will show. Rather than a restoration the team @ Land Cruiser NW performed the following work:

From 2017 until now the truck has been driven less than 200 miles and is currently in perfect working condition. We just had the 40 polished, waxed, and inspected and it is in need of nothing to enjoy for the next forty years. Feel free to call Tony @ Land Cruiser NW if you’d like any more info on the rig. 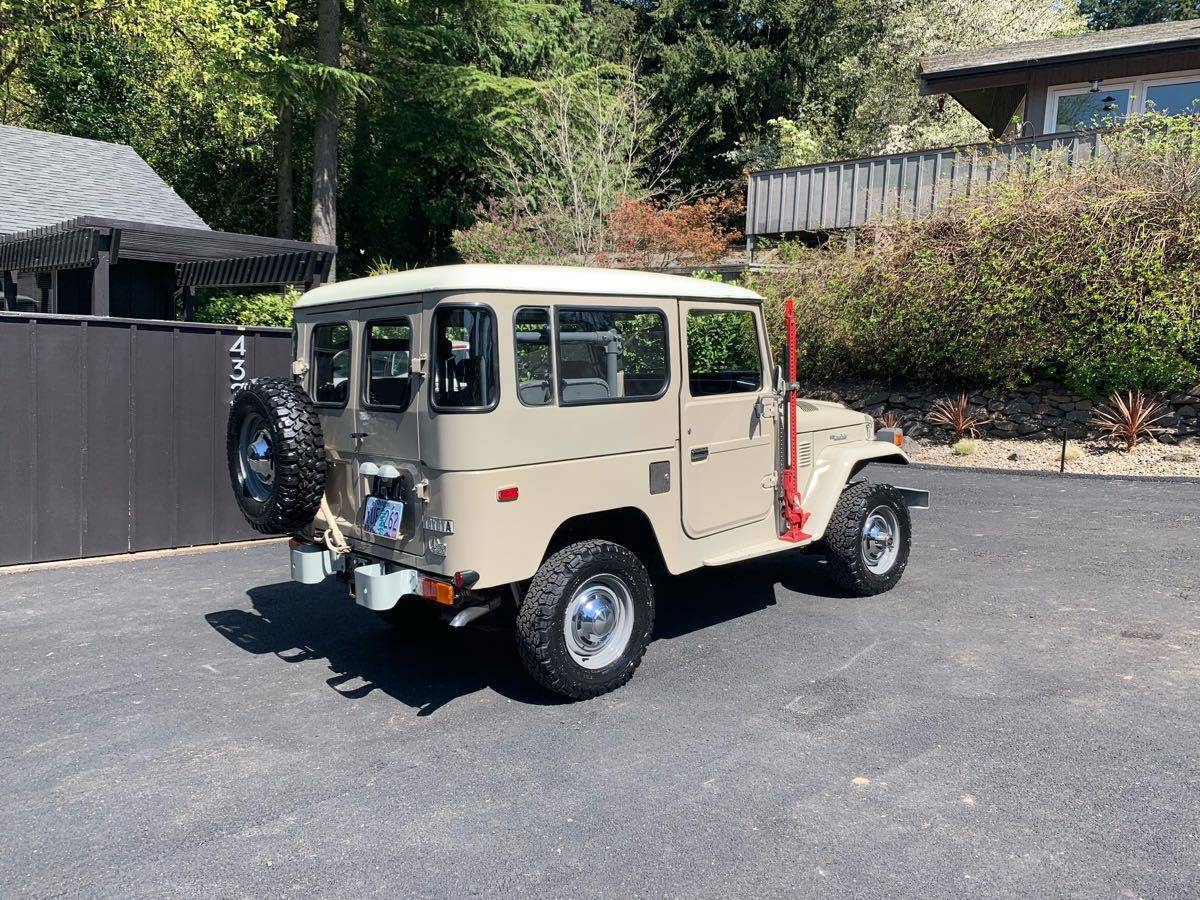 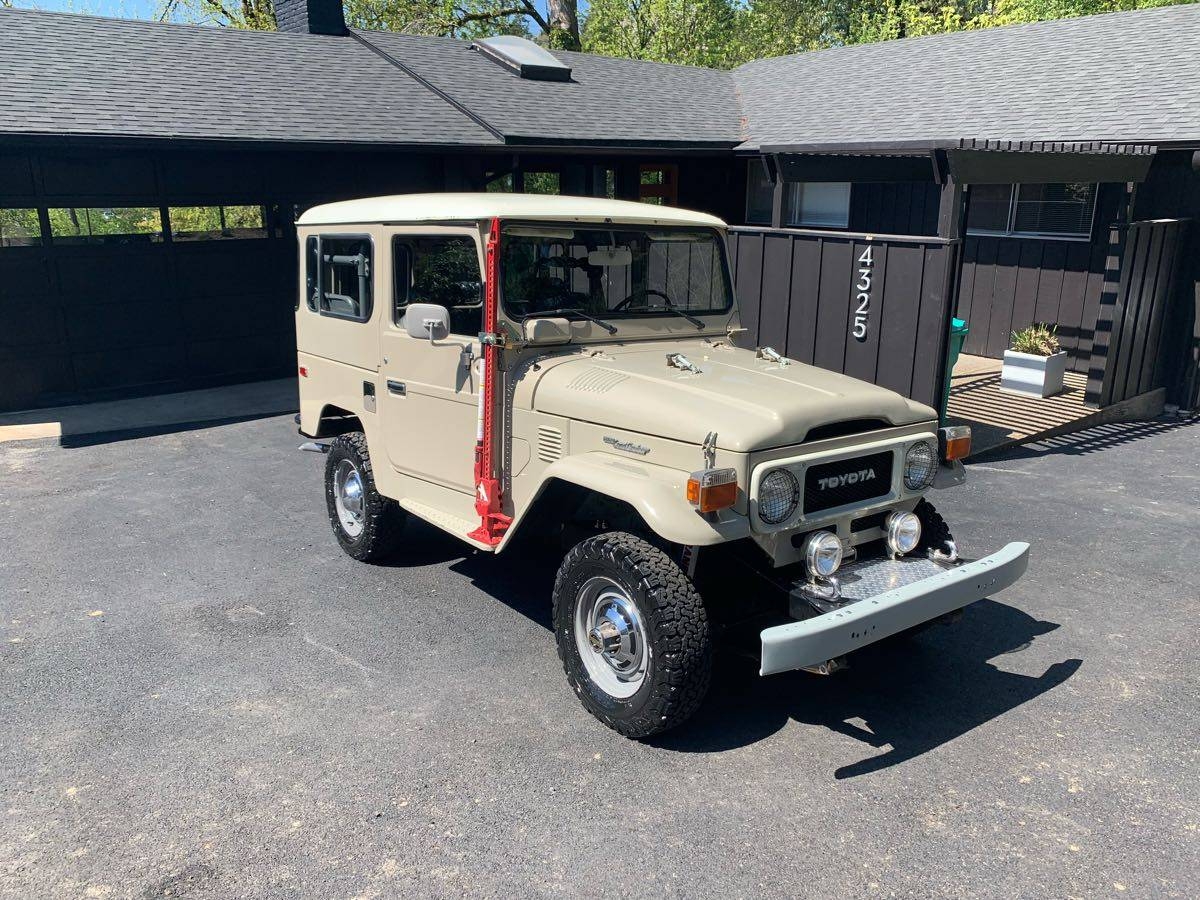 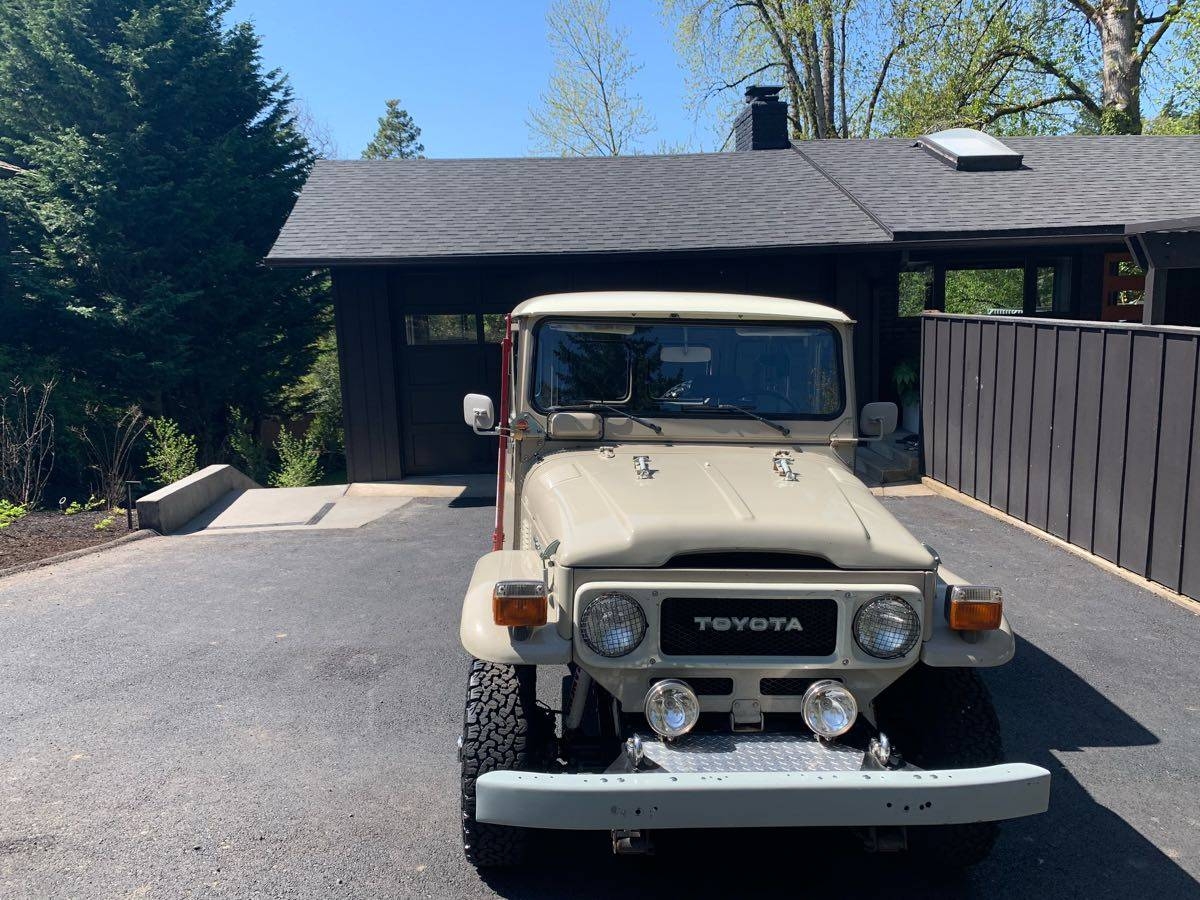 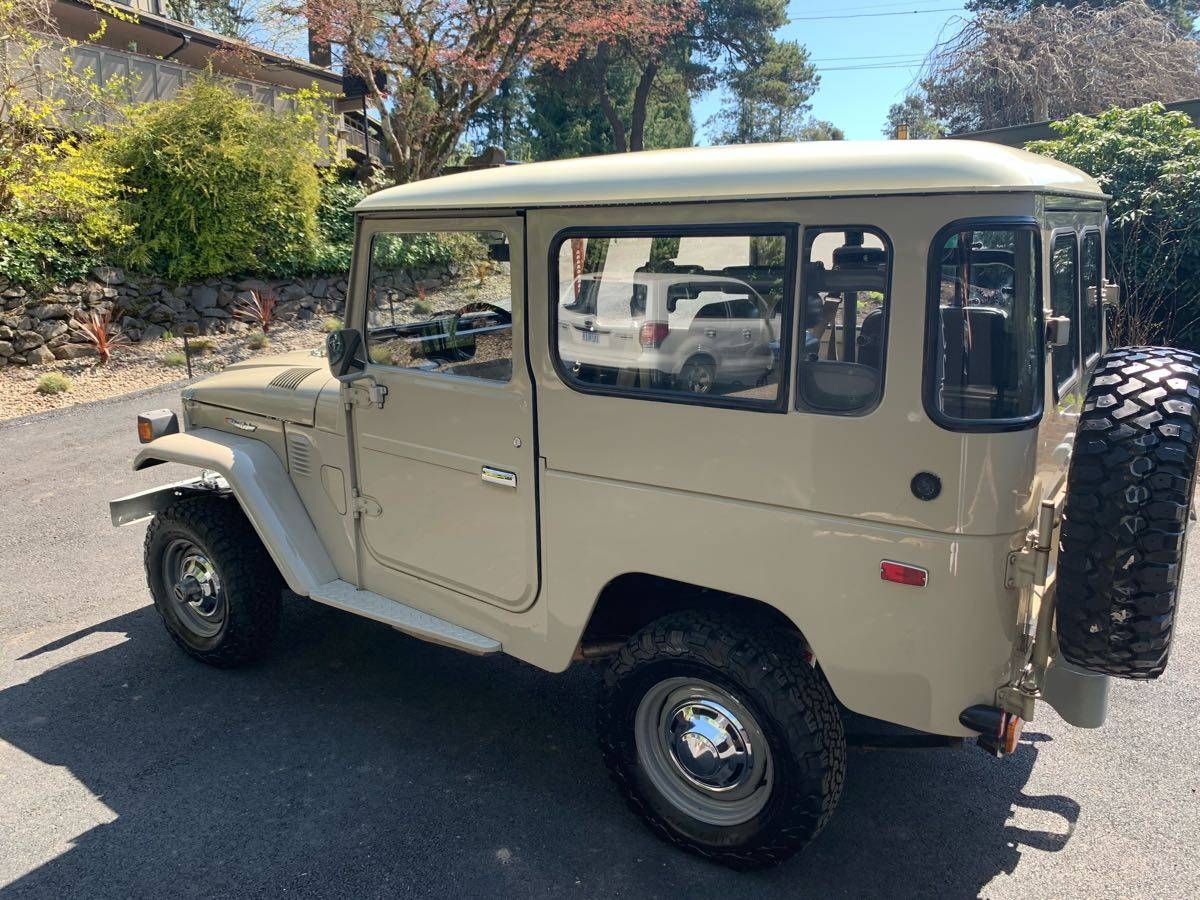 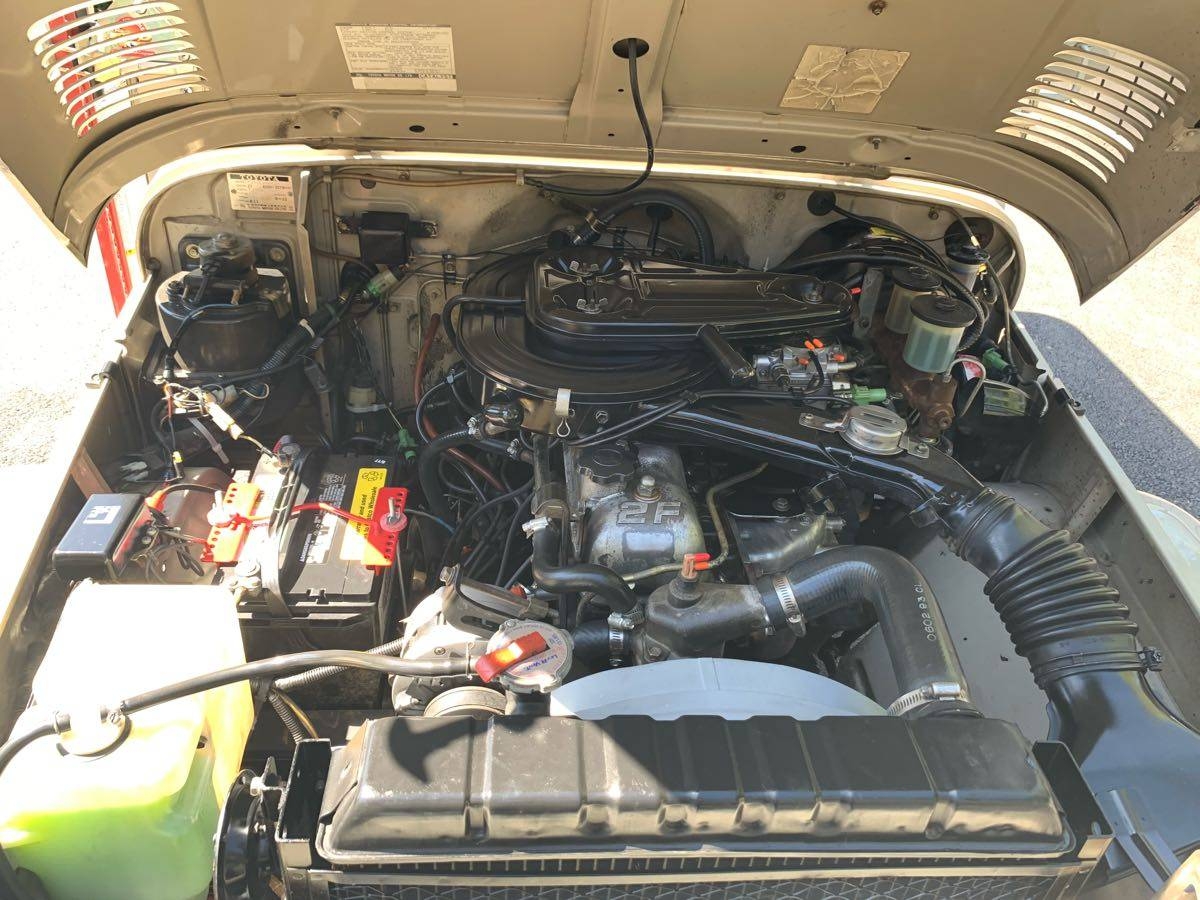