Anyone mounted or have ideas other then straps on how to mount a portable power station like a Jackery 300 inside a vehicle? I want to keep it accessible inside the truck but secure in case of accident 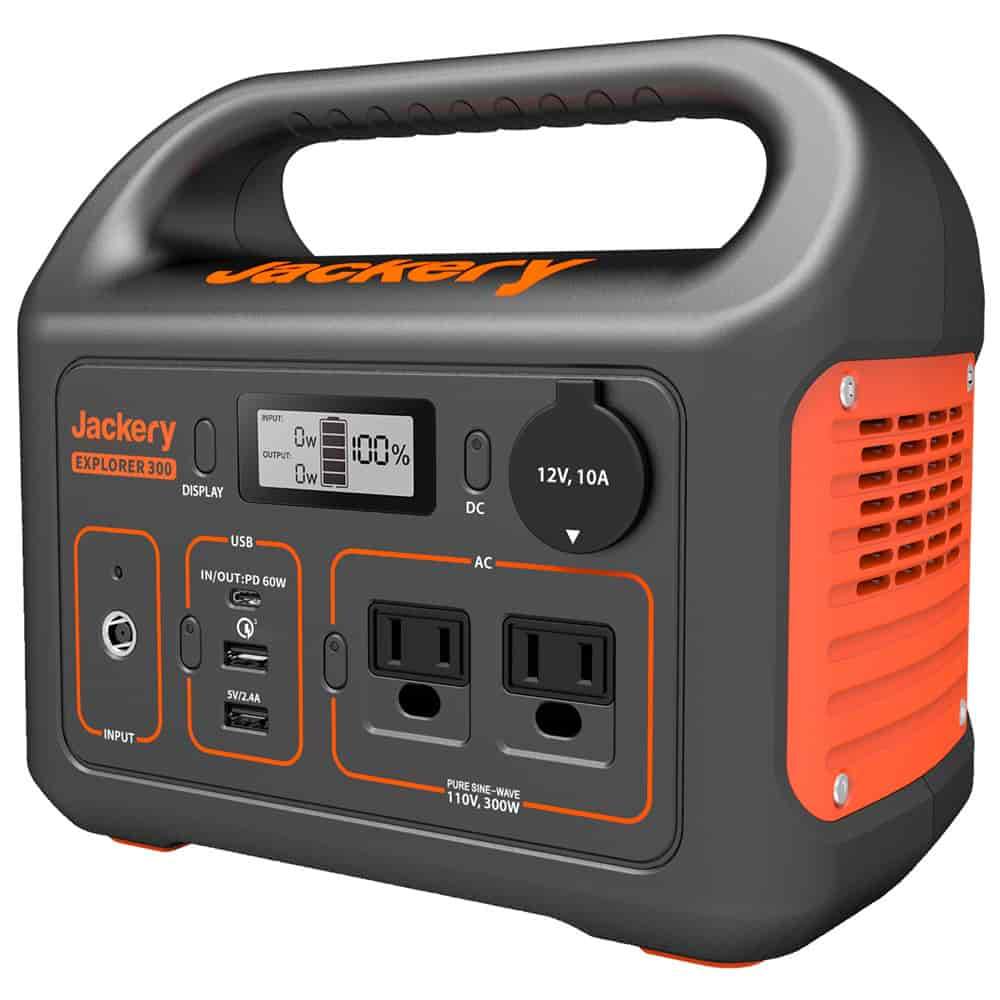 the way I look at it is that I'd primarily want the thing readily removable, and I also think that if I'm ever in an accident bad enough that I'd need to have the thing fastened securely, then I won't care one bit if it's scratched or mangled up a bit. So I'd just tie it down any number of ways with a cable, carabiner, shackle etc (and yes straps) to one of the tie down points or anything secure enough. I have actually done that plenty of times for various items. I would not spend much time and effort on anything fancier than that, TBH, but that's just me of course. If for some reason I'd need instead to do something fancier, I'd consider some formed metal "clamps" that would rotate inside the handle and be attached to a floor base, kind of like for jerry cans.
C

Do you have drawers? I have a Dometic PLB battery roughly the same size as that Jackery and it fits under the wings between the drawer and the wall, conveniently just below the 12v accessory outlet for constant charging. I just drop it right in that space and put the wing over it. I can run cords though the crack between the wing and the platform. The drawer wings aren't secured, they just drop into lace and I can easily pull it up to get to the battery if need to mess with it.
You must log in or register to reply here.