If you wheel your FJ please read these

The FJC is a great wheeler with minimal mods required. I have made a couple of excurisons to the SE Utah area and seen amazing stuff with my club, but its future is at risk.

Don't let this happen! This is what you'll be losing: 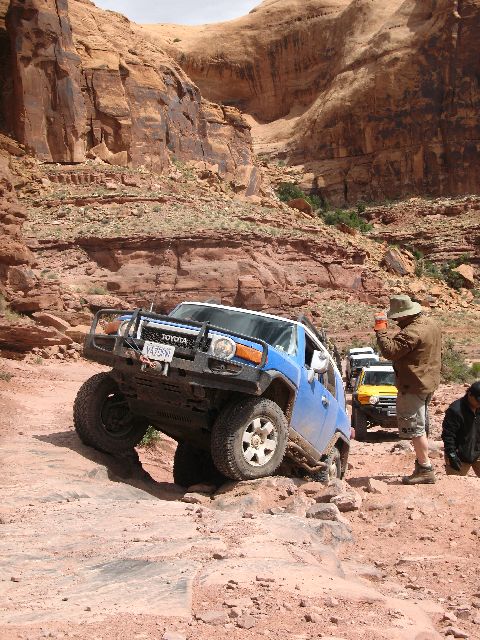 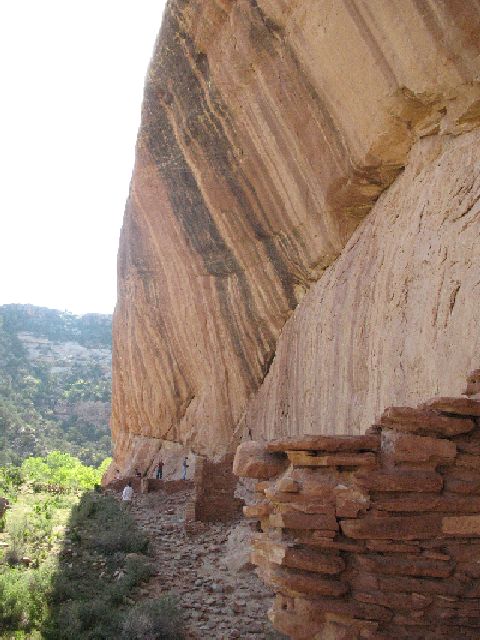 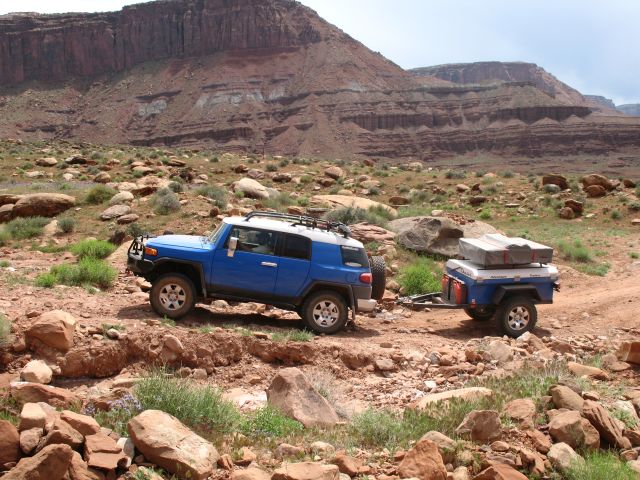 Passing the word as we speak thanks BluesDawg
My entire build thread, step into my GARAGE!
http://www.fjccentral.com/vbgarage.php?do=view&id=72

WElcome to FJCCentral.com where all of our members are mentally gone! Come check us out!
http://www.fjccentral.com/index2.php

WOW no other responses! I posted this on every board I'm on and have been bumping them constantly...I've gotten lots of folks to write to their senators. COME on yall we need to do something about this. I cant believe they piggie backed OHV users on this crap.


Unfortunately, Durbin specifically mentioned offroad use when he introduced the bill on the floor of the senate...

America's Red Rock Wilderness Act will designate as wilderness some of our nation's most remarkable, but currently unprotected public lands. Bureau of Land Management, BLM, lands in Utah harbor some of the largest and most remarkable roadless desert areas anywhere in the world. Included in the 9.4 million acres I seek to protect are well known landscapes, such as the Grand Staircase-Escalante National Monument, and lesser known areas just outside Zion National Park, Canyonlands National Park, and Arches National Park. Together this wild landscape offers spectacular vistas of rare rock formations, canyons and desert lands, important archaeological sites, and habitat for rare plant and animal species.

I have visited many of the areas this act would designate as wilderness. I can tell you that the natural beauty of these landscapes is a compelling reason for Congress to grant these lands wilderness protection. I have the honor of introducing legislation on the 20th anniversary of the year it was first introduced by my friend and former colleague in the House of Representatives, Wayne Owens. As a member of the Utah delegation, Congressman Owens pioneered the Congressional effort to protect Utah's red rock wilderness. He did this with broad public support, which still exists not only in Utah, but in all corners of Nation.

The wilderness designated in this bill was chosen based on more than 20 years of meticulous research and surveying. Volunteers have taken inventories of thousands of square miles of BLM land in Utah to help determine which lands should be protected. These volunteers provided extensive documentation to ensure that these areas meet Federal wilderness criteria. The BLM also completed an inventory of approximately 7.5 million acres of the land that would be protected by America's Red Rock Wilderness Act and agreed that the vast majority qualify for wilderness designation.

For more than 20 years, Utah conservationists have been working to add the last great blocks of undeveloped BLM-administered land in Utah to the National Wilderness Preservation System. Together, we celebrate the recent passage of a national public lands bill that protects over 180,000 acres of wilderness in Washington County, UT, for future generations. The more than 9 million acres of lands that would be protected by this legislation surround eleven of Utah's national park, monument and recreation areas. These proposed BLM wilderness areas easily equal their neighboring national parklands in scenic beauty, opportunities for recreation, and ecological importance. Yet, unlike the parks, most of these scenic treasures lack any form of long-term protection from commercial development, damaging off-road vehicle use, or oil and gas exploration.

Americans understand the need for wise stewardship of these wild landscapes. This legislation represents a realistic balance between the need to protect our natural heritage and demand for energy. While wilderness designation has been portrayed as a barrier to energy independence, it is important to note that within the entire 9.4 million acres of America's Red Rock Wilderness Act the amount of "technically recoverable" undiscovered natural gas and oil resources amounts to less than four days of oil and four weeks of natural gas at current consumption levels. In fact, protecting these lands benefits local economies because of the recreational opportunities they provide.

Unfortunately, scientists have already begun to see the impacts of global warming on public lands throughout the West. Hotter and drier conditions, larger wildfires, shrinking water resources, the spread of invasive species, soil erosion, and dust storms are all expected to increase over the next century. These threats make the need to protect the remaining undisturbed landscapes and wildlife habitats in Utah's red rock wilderness even more urgent.

America's Red Rock Wilderness Act is a lasting gift to the American public. By protecting this serene yet wild land we are giving future generations the opportunity to enjoy the same untrammeled landscape that so many now cherish.

I would like to thank my colleagues who are original cosponsors of this measure. Origin cosponsors are Senators Boxer, Cantwell, Cardin, Feingold, Harkin, Kennedy, Kerry, Lautenberg, Leahy, Lieberman, Menendez, Reed, Sanders, Stabenow, and Whitehouse. Additionally, I would like to thank the Utah Wilderness Coalition, which includes The Wilderness Society, the Sierra Club, the Natural Resources Defense Council, Earthjustice, and the Wasatch Mountain Club; the Southern Utah Wilderness Alliance; and all of the other national, regional and local, hard-working groups who, for years, have championed this legislation.

The Nation behaves well if it treats the natural resources as assets which it must turn over to the next generation increased and not impaired in value.

Enactment of this legislation will help us realize Roosevelt's vision. To protect these precious resources in Utah for future generations, I urge my colleagues to support America's Red Rock Wilderness Act.

Mr. President, I ask unanimous consent that the text of the bill be printed in the Record.
Click to expand...

My entire build thread, step into my GARAGE!
http://www.fjccentral.com/vbgarage.php?do=view&id=72

WElcome to FJCCentral.com where all of our members are mentally gone! Come check us out!
http://www.fjccentral.com/index2.php

I have been following this. It seems to me that some politicians will just do things to irritate the general public just because they know that the G has got everyone by the nuts and there is nothing we as private individuals can do about it. Look at the threat to gun ownership in this country. Same thing. Ya, we got the NRA, but they are depicted by politicians as being next to criminals. Seems to me they should be concentrating more on better health care and stemming inner city crime than screwing with people who just want to off-road and have good fun. Ok, I'm done...
Uh-oh, the pigs are flyin'...

We have been dealing with this "close mindedness" on the Eastcoast for a while, There are a few guys around here that push the local clubs to get involved, It is and will be a constant fight,
Good luck,
74 fj40 37" Rockers, Locked, 350TBI with TH350, Longfields, Saginaw PS w/power assist, SOA, SR, 60 springs, 103" wheelbase, Full custom roll cage
You must log in or register to reply here.

Toyota Trails wants to feature your next adventure!