I got a look of the underbody of an '06 LX I was looking at - Excessive rust or manageable?

Everything else is great, but the underbody looks rough. Its tough living in the NE/Mid-Atlantic 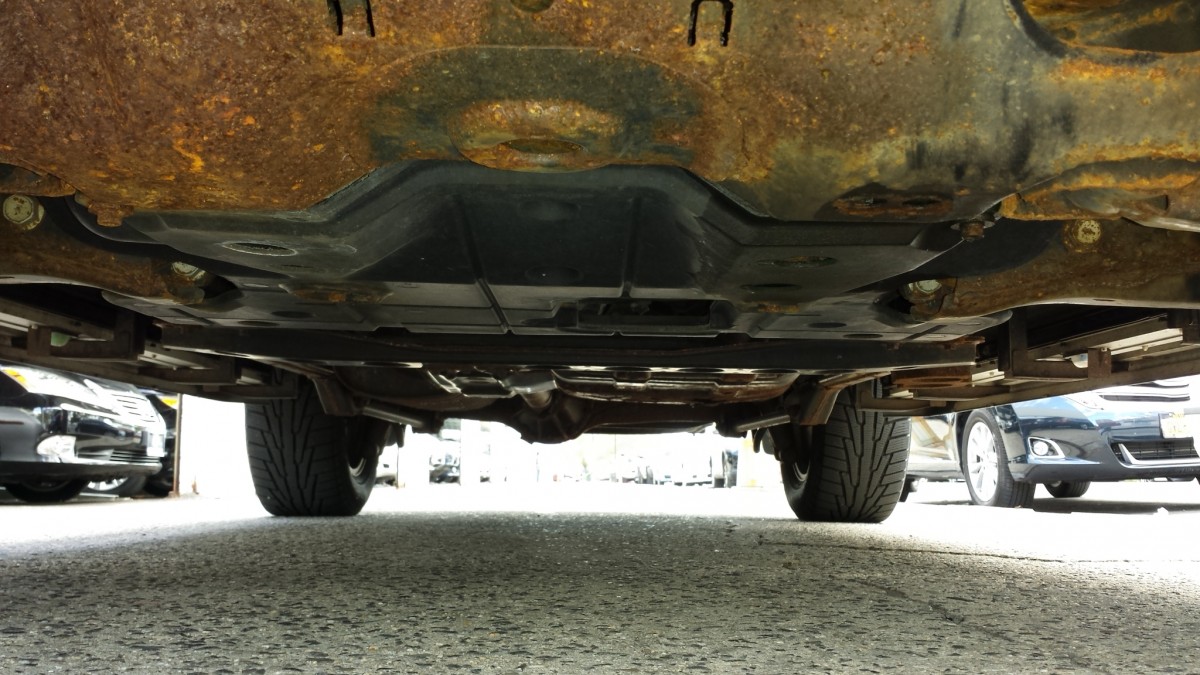 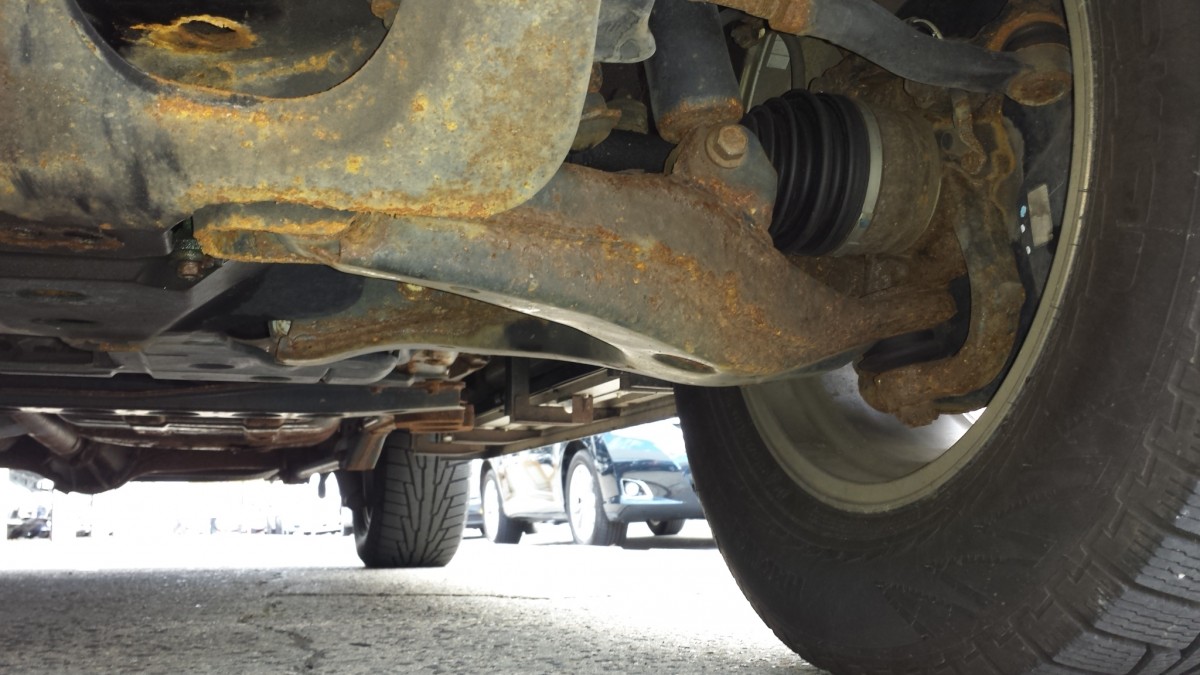 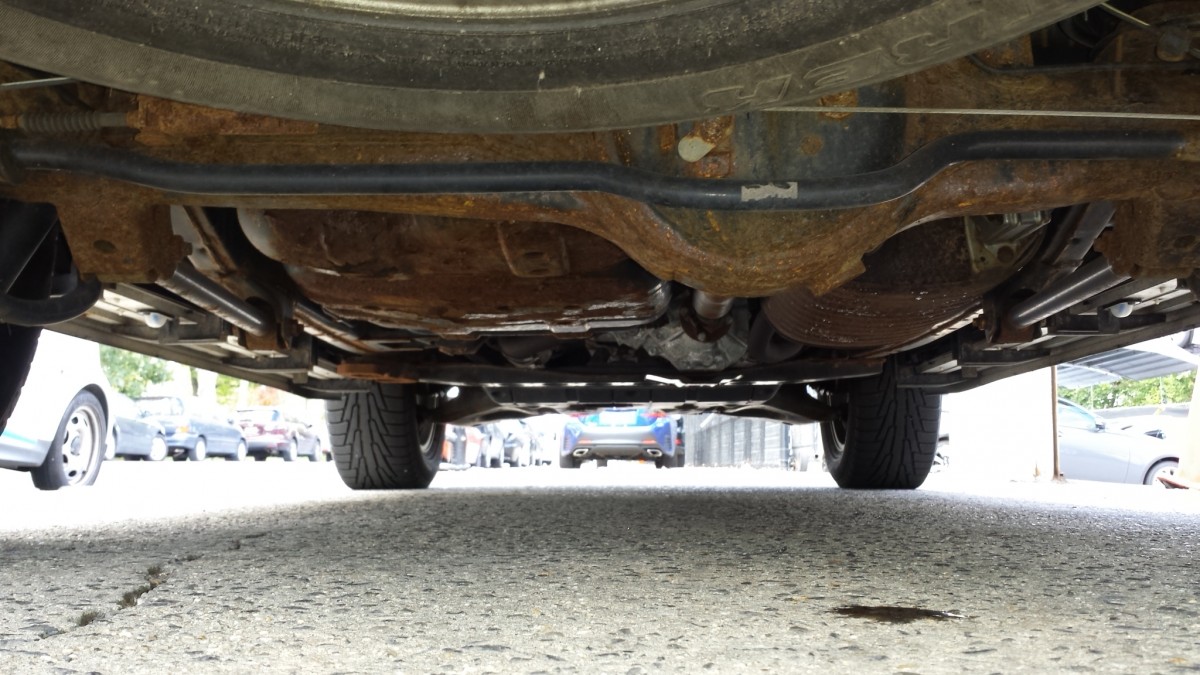 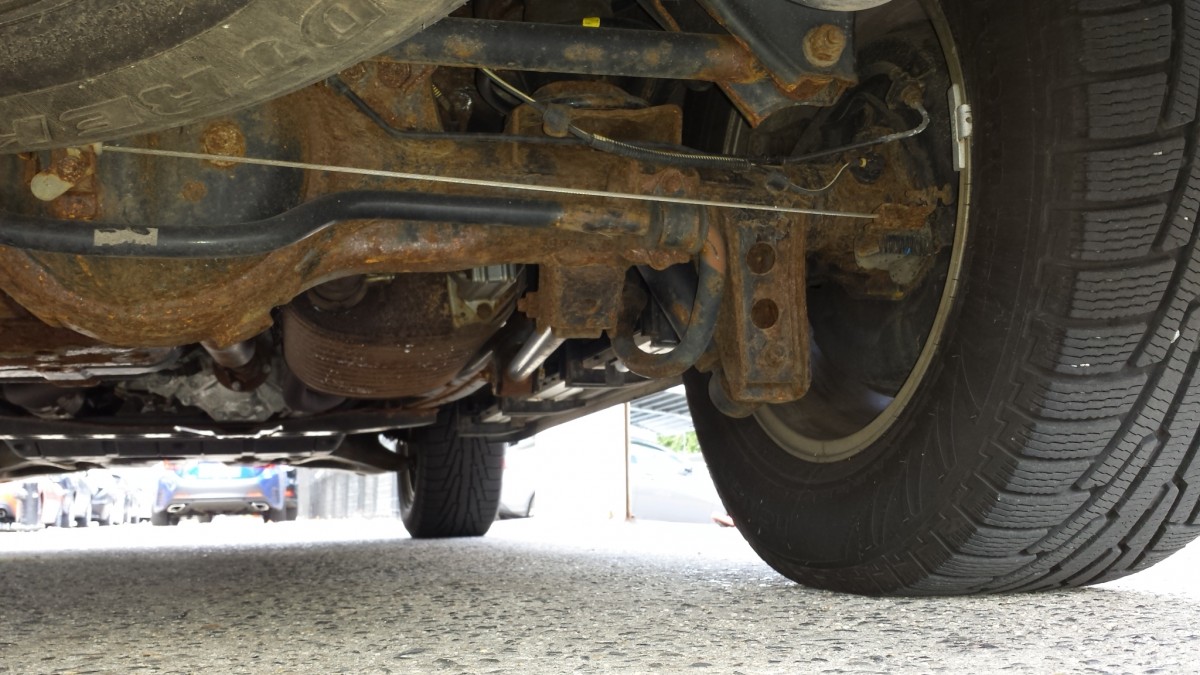 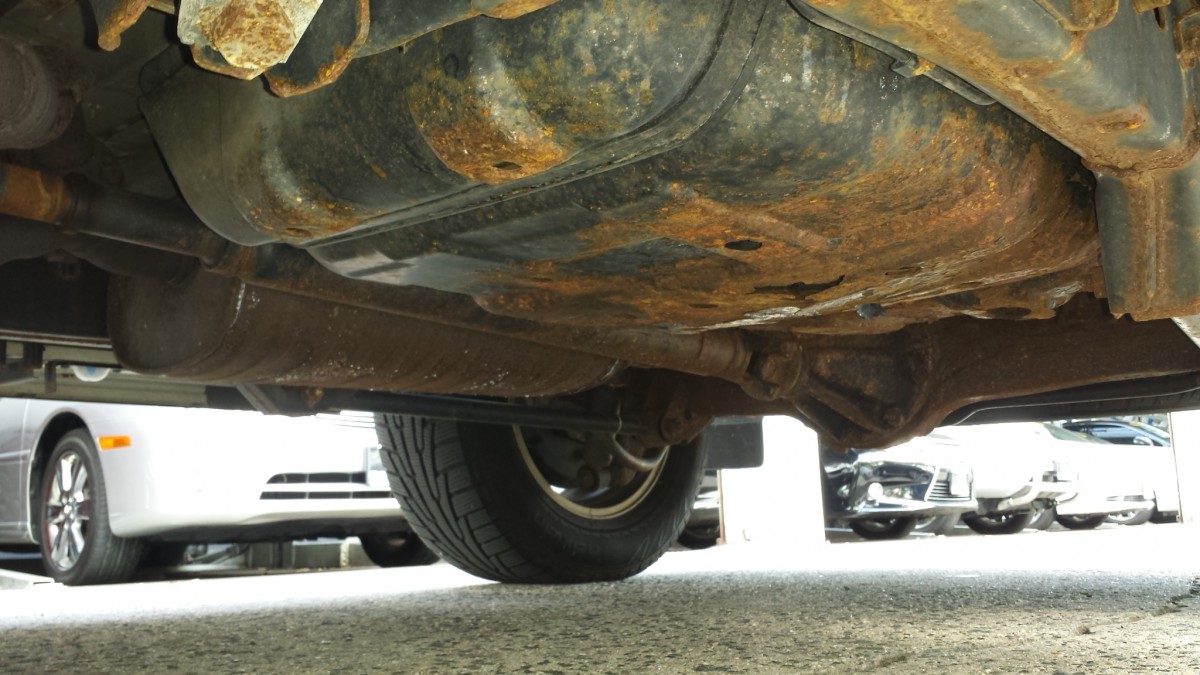 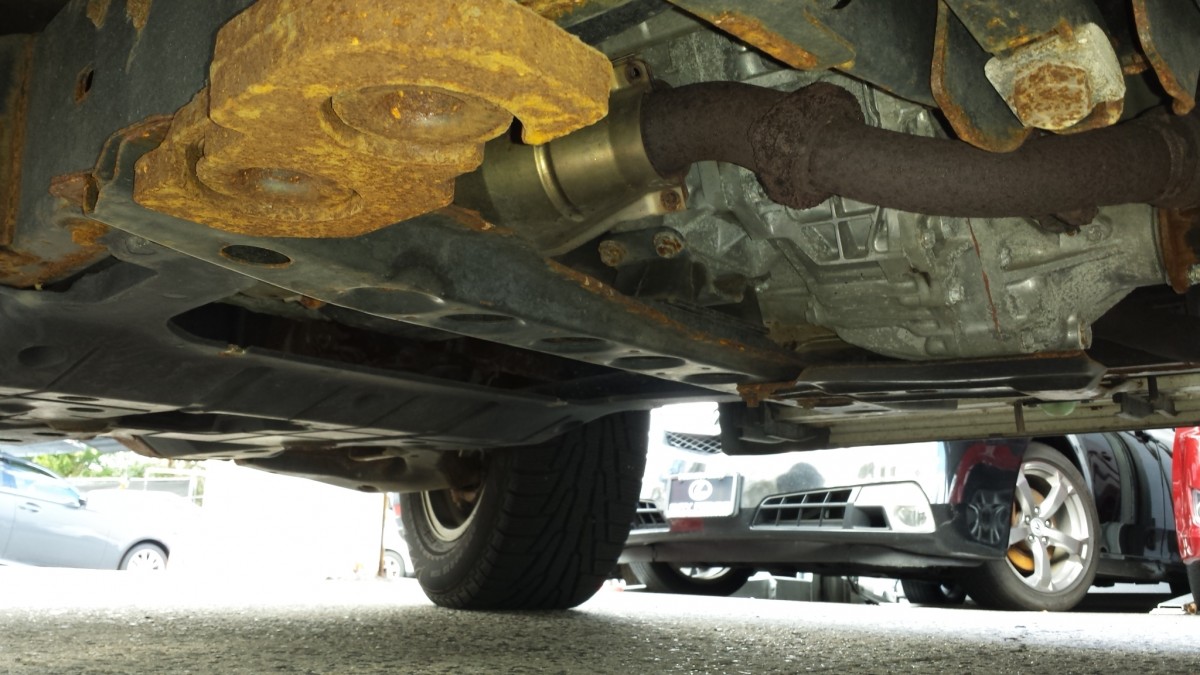 
even if it is pretty cheap, even minor service items will cause you such grief to work on that you will hate it.


Just find one in Dallas-Fort Worth or surrounding towns or Austin and fly down and get it. Pay more now and smile a lot more later!


You poor Yankees get dealt a bad hand with vehicles and rust. I am in Denver now and see some old cars with rust, and all i can figure is that the people who have rusty cars must not ever take them to the dang car wash to rinse off the snow crud and road salt.

Believe me, it will be worth it to NOT buy a cruiser with rust on it. Expecting these rigs to last 300K-400K is not uncommon and I know I sure as heck wouldn't want to work on one that had that much rust to start with when I have owned it 3 or 4 years and I want to mod it or just fix some things on it....

I can't imagine how painful it would be to even remove something as simple as a shock bolt or any bolt for that fact with that kind of rust.

Mine's not as bad as that and as much as I love the truck, if I ever buy another used vehicle it will be rust free.

Suffice to say I've become quite adept at drilling and tapping...

Finding one is well worth looking where it doesn't snow, taking a plane to where it is and driving it back after doing homework. Jmo

Mine almost looks this bad underneath.

I recently rebooted my inner axles and the tech complained about fighting the rust.

I also had both exhaust manifolds replaced, but no complaints there...

Deal breaker! I wouldn't touch that at all. As mentioned above, TX or out west is the place to get one. Make a nice trip out of it. Dallas has tons of cars and flights are cheap and easy. Then take care and not drive it immediately after it snows, wait 2-3 days for the salt to dry up.

Just an alternate opinion- I'd say not that horrible, probably looks worse than it is. Surface rust all over the frame- cosmetic. Every body on frame vehicle looks like that in the salt belt. Every 4R, Taco, LC, GX, LX, Sequoia, Tundra, F150, etc. It took what, 10+ years to get that bad? So maybe it'll ONLY last 30 years total?

When shopping for mine I know I didn't see any cruisers discounted for frame surface rust. Zero valuation influence by any valuation standard whether it be KBB or your insurance company. Nobody says "yikes, frame has surface rust, knock of a few grand".

Shock upper bolts- sawzall without question. No biggie there- SOP. You don't even attempt nut removal and generally get adept with the cutoff wheel and recip saw.

You will have to replace every single part of the parking brake- I can already see those bell cranks are hosed from the pictures. Spare tire is probably siezed up there so the winch mechanism will have to be soaked in oil and the rear bumper support is probably nearly dust. Those are a couple negatives.

If you have the time and money and work schedule, and patience to fly somewhere salt free, see a car, hope it is up to standards, then drive it back then yes, that's a really good idea. I've done that multiple times and on at least one occasion driven a car home that I should have passed on just because time and money was already invested in the trip. Just be careful and realistic with the "buy salt free" plan and know that your truck will look like that in no time once you get it home.

I am also in Maryland. I can sympathize with the rust issues. I don't think folks outside of the North East / Lake States region understand the lengths some of us have to go through to get the salt off. The regional over reaction to the white stuff and the volume of traffic means that for at least three months of the year the roads are white with salt and brine spray. If the weather is above freezing I run a sprinkler under my cars and I visit the car wash every few days.

I would pass on that degree of rust and as others have said, travel south or west. I bought my 100 from PA, and while it had spent its life in a garage it still has a small amount of surface rust (far less than the truck pictured).
S 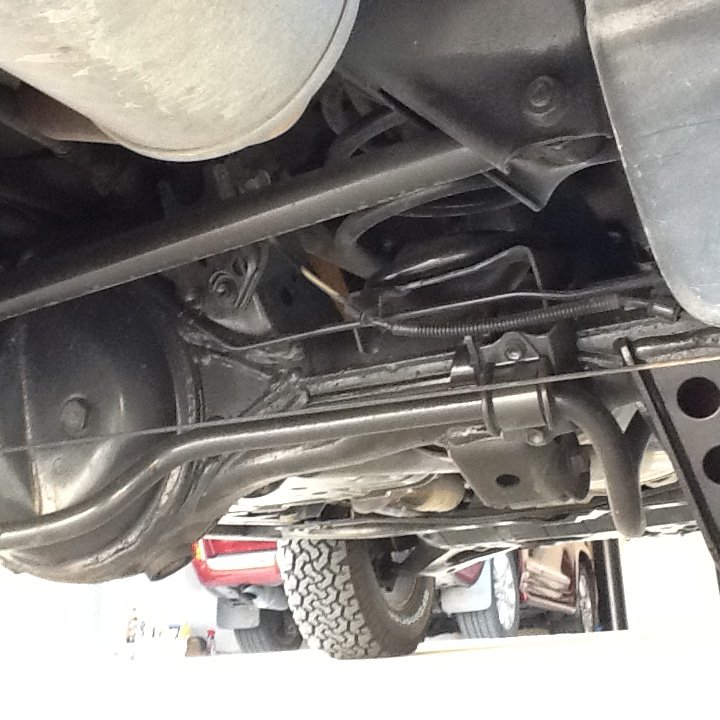 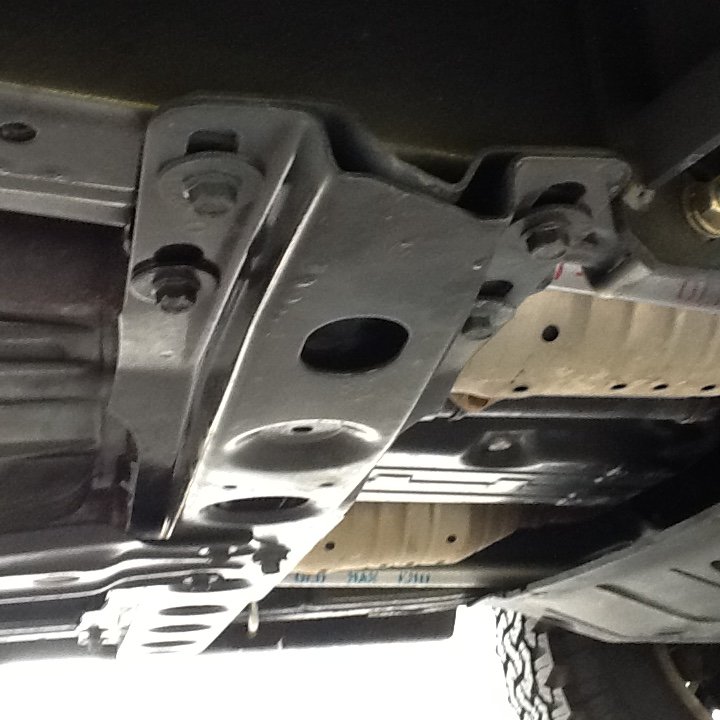 It's always good to keep your bottom clean

SWUtah said:
It's always good to keep your bottom clean
Click to expand...


Now your just trying to make people feel bad. Or get them to move in next door.
S

I get under my rig every few weeks on my crawler to make sure everything looks good if I see a speck of any rust I get out the rust arrester petroleum jelly and resolve it and then use some black rustoliem paint to protect the area. The bottom of my 100 looks better then the top. But since mine spent its life in Vegas and now Austin not much to keep it perfect.
J

Thanks for the advice, guys. I think I am going to pass on it
J


Very jealous! That is incredible

That looks like my 2000, which is in great condition for Maine.

You guys who don't live in the rustbelt are lucky.
You must log in or register to reply here.

Yesterday at 9:31 AM
TheForger