I was going thru old pictures and thought I'd write this up. I converted my 1975 FJ40 to TBI fuel injection a long time ago. The '75 originally had a hard linkage to the carb, not a cable. But TBI throttle body uses a cable. I made a janky but awesome cable linkage. I intended it to be temporary until I found a more permanent and elegant solution, but after using it I found it to be sufficiently elegant to stay in "temporarily" use ... for 13 years. Haha!

My throttle body is positioned like the one in the pic below, with the fuel inlet/return fittings on the firewall side of the throttle body. 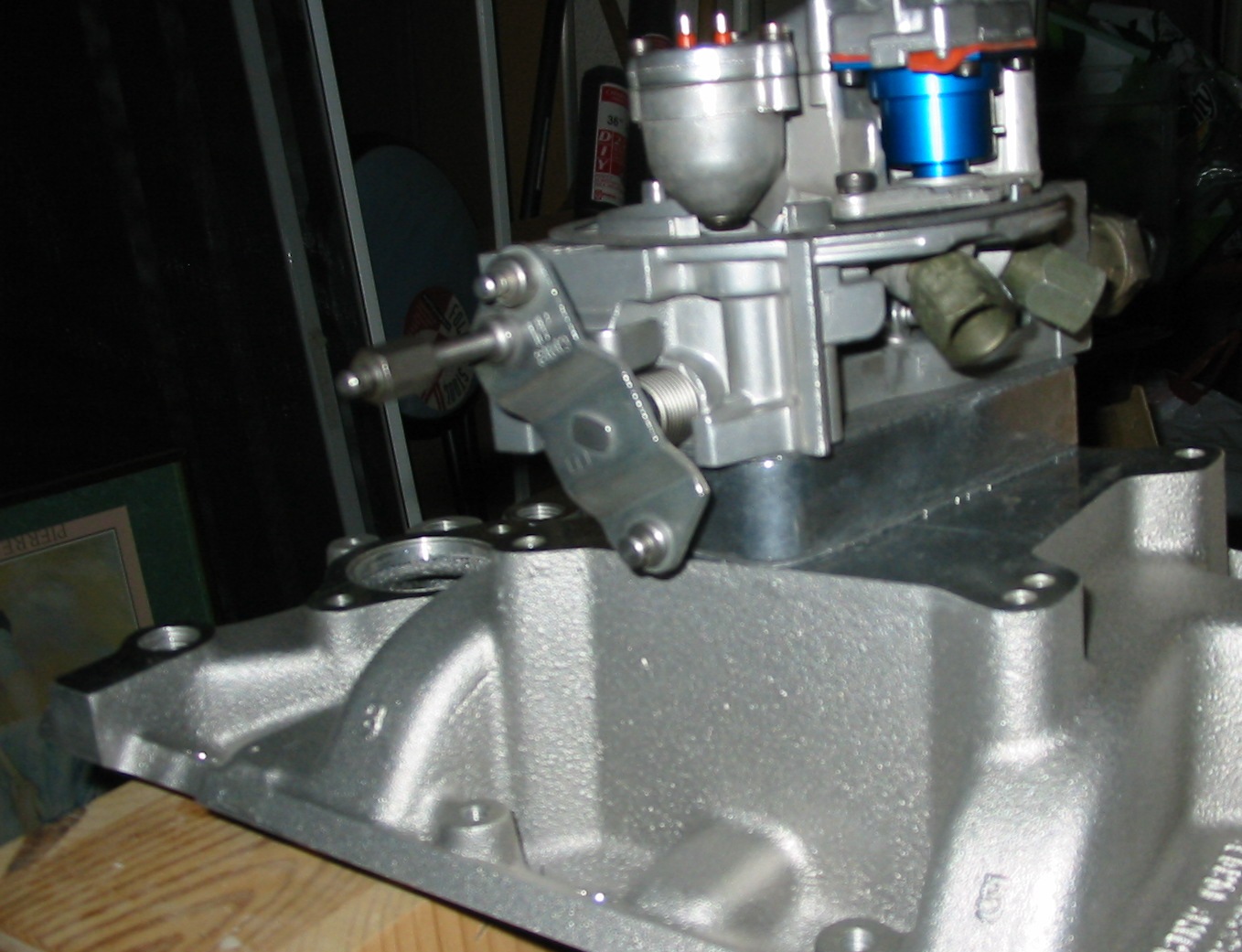 Even though my truck had a hard linkage, it still had captive-nut mounting holes in the firewall for an OEM accelerator cable linkage. That's just how Toyota rolls. There were bolts in the holes, sitting there doing nothing.

I removed the bolt from the cable-mount hole closest to the top of my accelerator pedal -- the hole points straight at the top of the pedal. Then I put a cable adjuster barrel from a bicycle caliper brake through the threaded hole and secured it in place with a small nut on the interior firewall. 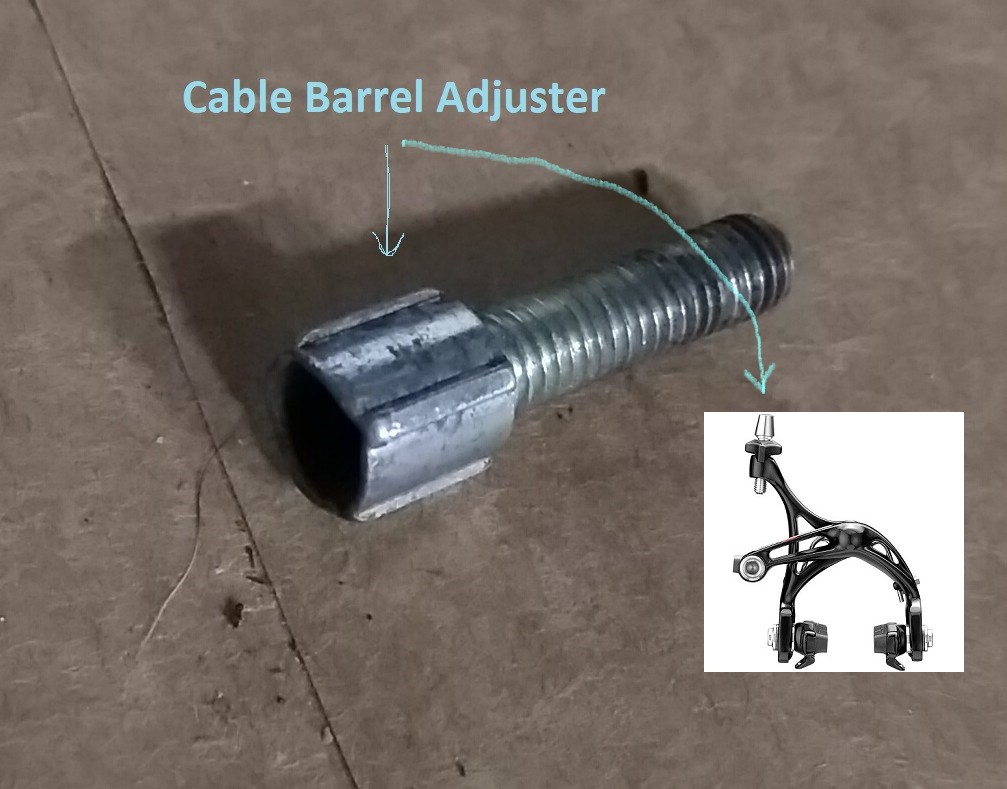 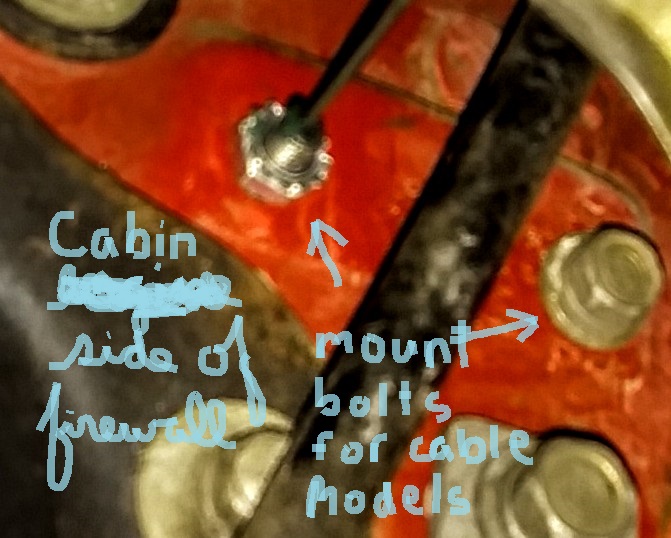 I cut 8.5" of bicycle brake cable housing and heat-shrunk it to the adjuster barrel. 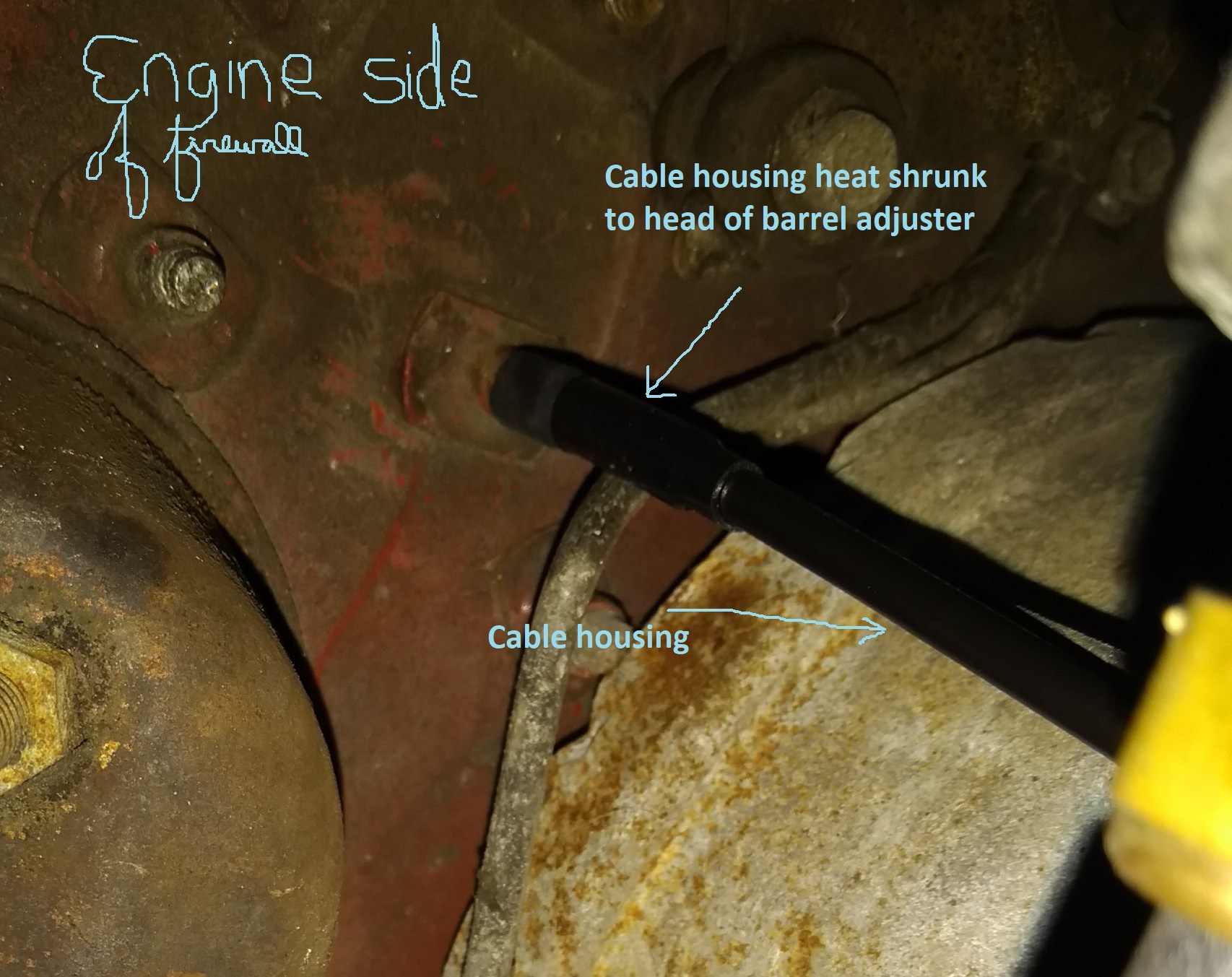 From there it was simple: run a thick bicycle brake cable thru the barrel adjuster in the firewall, through the cable housing, and straight to the top nub of the TBI's throttle controller (see first pic). The entire cable assembly is only about 11" long and goes straight from the pedal to the throttle. It pulls from the rear, right back towards the firewall. No need for a bracket at the throttle body.

So if anyone is ever in need of a temporary throttle body cable ... well, you could do worse.

Cool! Very similar. Of course, mine cost about 1/4 of just the shipping on that item.

That fitting in the last pic is interesting, but I don't see it working on any of the linkages I've seen on the ubiquitous Rochester TBI. Also, the Ebay cable is made to use a cable bracket at the carb/TBI end, which is unnecessary and a PITA.* But both of those are easy-to-solve problems -- especially if you want the firewall thru-fitting in that kit, which might be preferable for someone who does not have bins and bins of small bike parts laying around. Also, because it's so long, that cable in the Ebay item will have to be carefully routed to avoid exhaust heat, which is not so good for plastic-wrapped cable housing.

*Re the need for a cable bracket on the TBI end: I still have a 4+ cable bracket (that I probably bought from you in the early/mid-2000s) that I intended to use. But it was clumsy and there was no obvious path to success. Anyone want to buy it?
You must log in or register to reply here.