We're in the process of moving the business and family out of Colorado and out east to Georgia. I'm trying to downsize my pile of stuff that has to be transported and after some consideration I figured I'd put some feelers out to see if this project is of interest to anyone. Four years ago I started this build and was intending to go to SEMA-level finishes but the business got busy and the project stalled as I had to focus on customers and growing Well Sorted. A lot of work has been done but there's a lot to go so this project is certainly geared towards someone who is ambitious and has pretty good fab skills. The summary...

I had an FJ60 that had a rusty rear roof section so I decided to go for a Ute build. I cut it in half and set about grafting the rear D-pillar section on just behind the rear doors. I was aiming at this as the finished product (rendering done by Adam of BoxRocket Designs)... 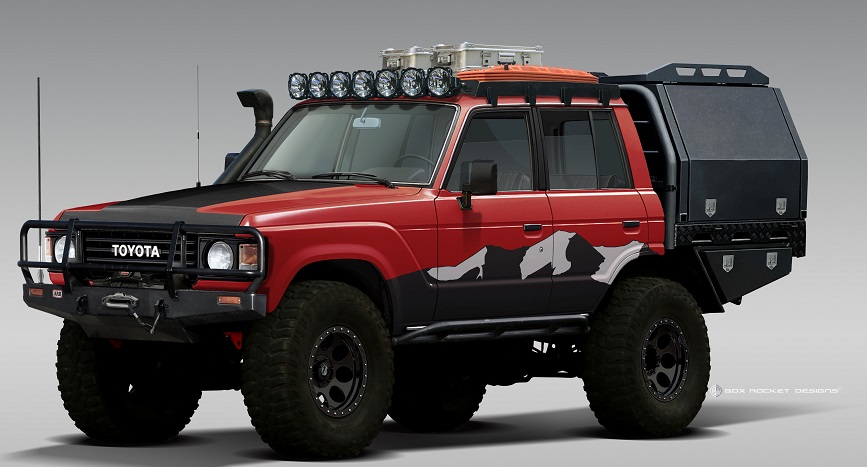 The chassis is an FZJ80 that I purchased as a parts truck, the body was sectioned and mocked up on the chassis with new mounts made and welded on the frame for the front body mounts. The frame is sitting on a set of eLocker FZJ80 axles and there is currently an FZJ80 engine/trans/tcase in it which is negotiable as part of the purchase. I have the entire FJ60 frame thought it has some rust and was just going to scavenge the VIN stamp out of it. The FZJ80 frame does not have a title.

Here's a few photos I took of the truck a couple years back, I was test fitting 37's and trying to get a sense of proportions. There is currently a rollbar welded onto the rear tray section that isn't shown here but everything is is pretty much as seen in these pics. 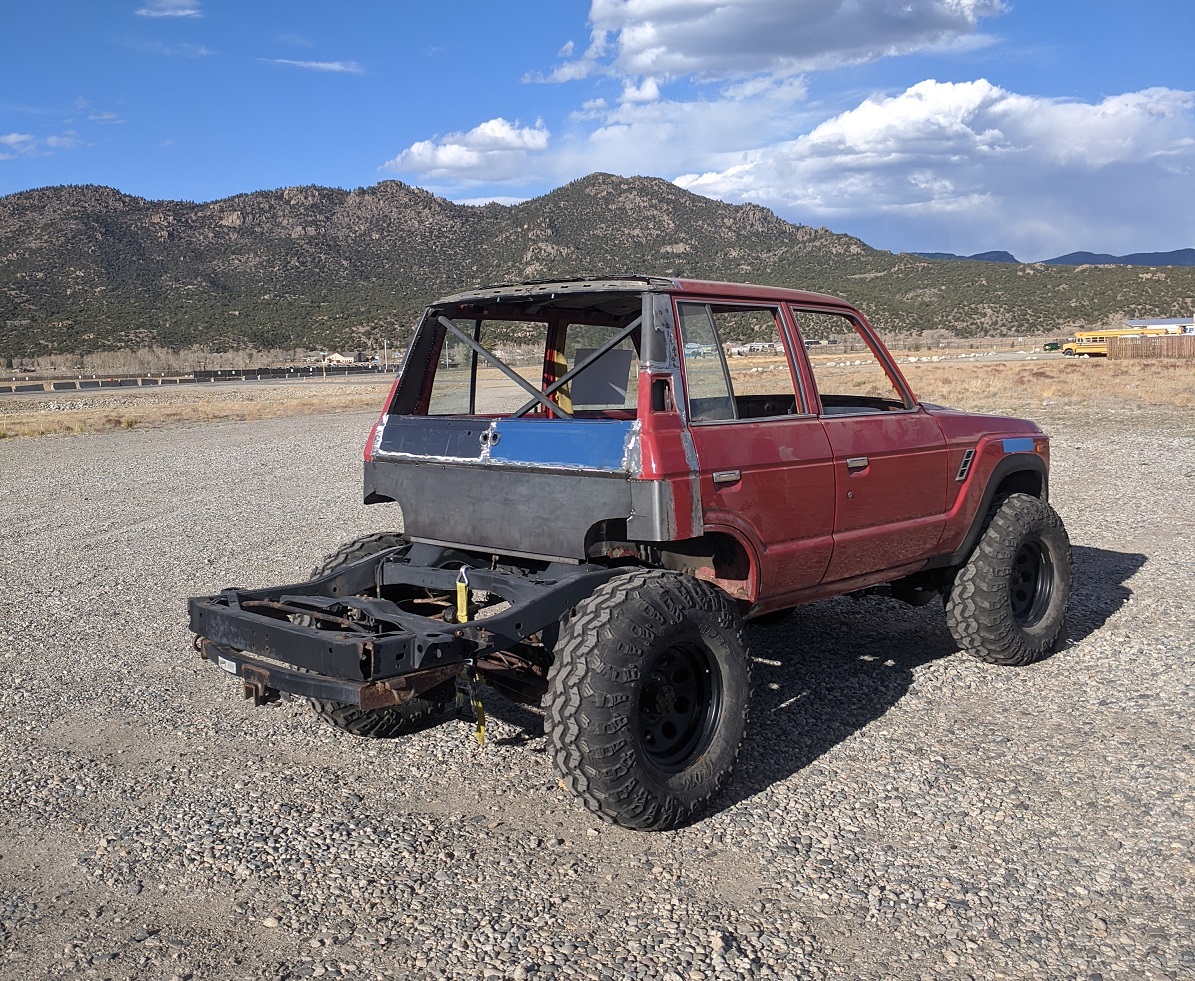 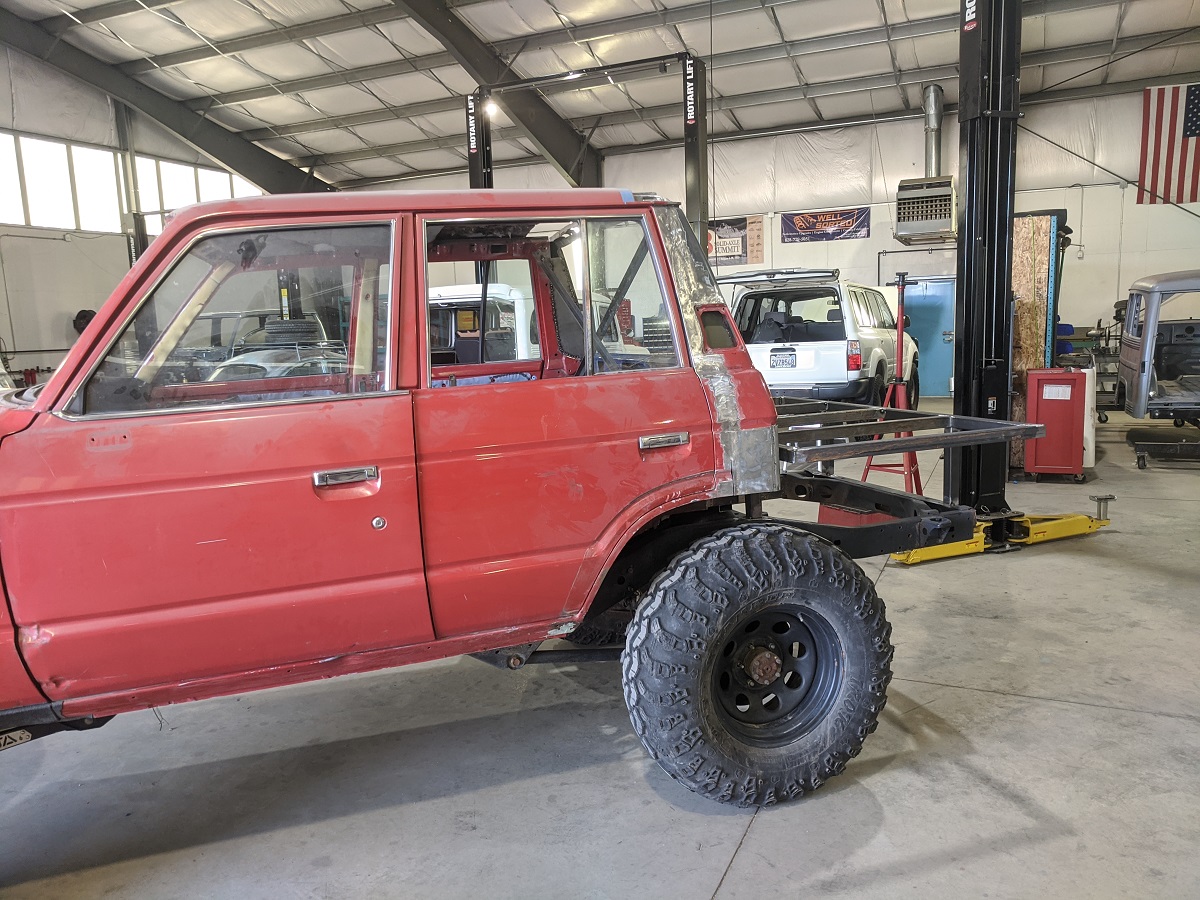 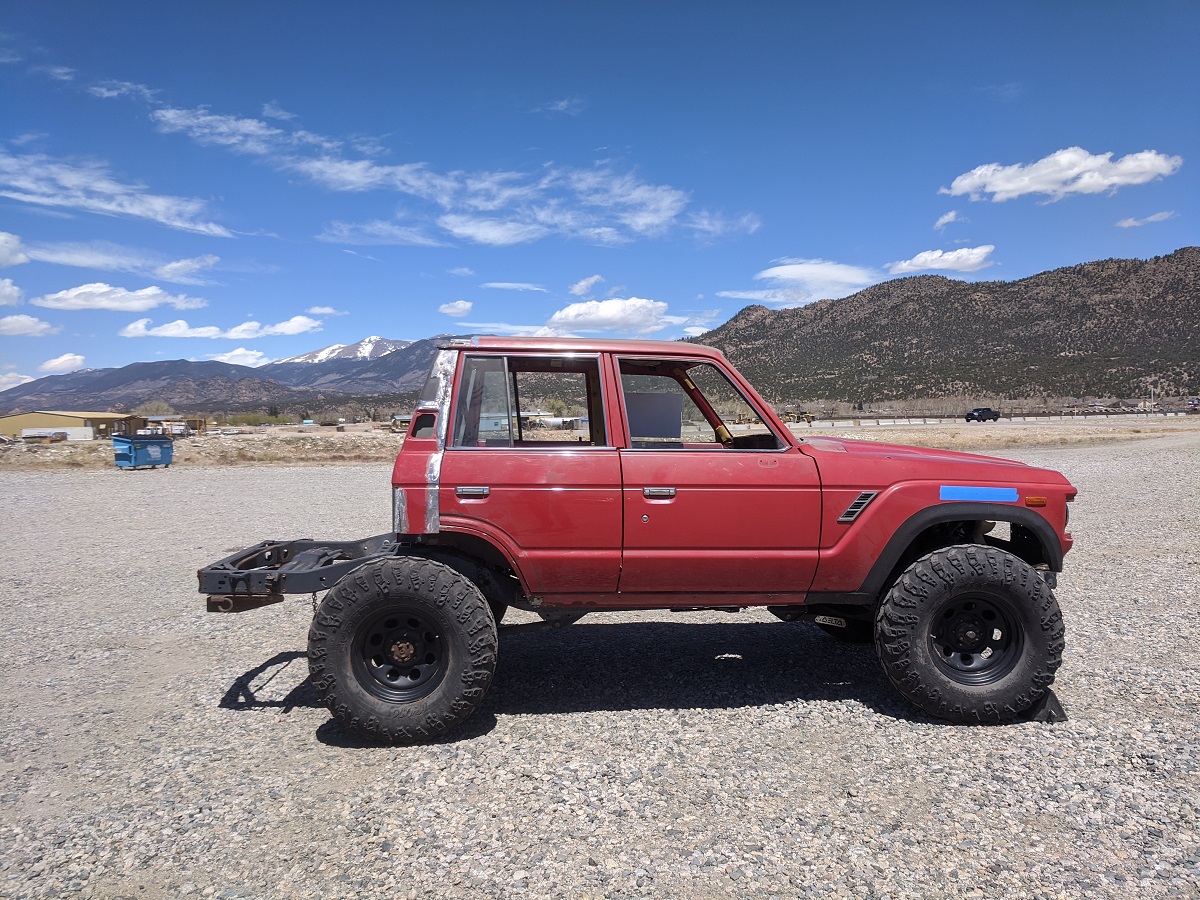 The truck was a complete running and driving FJ60 when I started so included with the sale is all of the interior components necessary to reassemble it. The body is in decent shape though does have some rust in those front fenders and the driver's door and LF fender got wrinkled up in some sort of accident. I have a new LF fender for it, a door still needs to be procured. All powertrain parts from the FJ60 are gone. The 80 parts were piecemeal from various projects so I do not have a complete wiring harness or anything really other than the main hardware.

The big question is what's it worth? Hard to say of course, I have tons of hours in it but of course know that it doesn't count for much. The axles and FJ60 parts have decent value so I am considering just parting the thing out. I'm open to reasonable offers, obviously this will only appeal to a certain type of individual so if it's up your alley give me a shout and we can try to find something that feels fair. I'd like to see it finished by someone, I think it would be a cool build.

The truck is sitting in my shop in Buena Vista, interested parties should probably plan a trip out to see it in person because it is a unique build. Let me know if you want to try and arrange something. Thanks!
Click to expand...