My 2011 camry will Start but it blew the OEM fusible link upon start and now it won't even accelerate. A few weeks ago,, I crossed wires for a few seconds when jumping the car during a snowstorm. When this originally happened, the car smelled like something was burning and would only start for a fee hours. After a bit of trying and research,, I replaced a 10 amp fuse and charged the battery. The car then started to drive fine again but the heat still didn't work. I saw that the OEM was blown out.

After buying a replacement and getting it installed today at a mechanic shop, upon starting the car, I smelled that slight burning smell checked the fuse box, and saw that the OEM had blown out again. The Mechanic claims it is due to a bad throttle body? He stated that thr computer read along thr lines of "throttle actuator control" . Can a bad throttle body cause the fuse to over load? Is the car not accelerating because a different fuse in the fuse box is possibly out again? ( I didn't have the mechanic check the other fuses again other than being able to see the OEM blew out again)

What is causing the circuit overload and the oem fusible link block to blow out? How can I fix this since I crossed wires a few weeks ago? I was only told that it was the throttle body after seeing him plug the computer. I didn't see the error code myself. In the attached picture you can see the left hand side of the fuse is blown. And this happened again after starting the car after replacing it and the car wouldn't accelerate. Can this be caused by the throttle body? 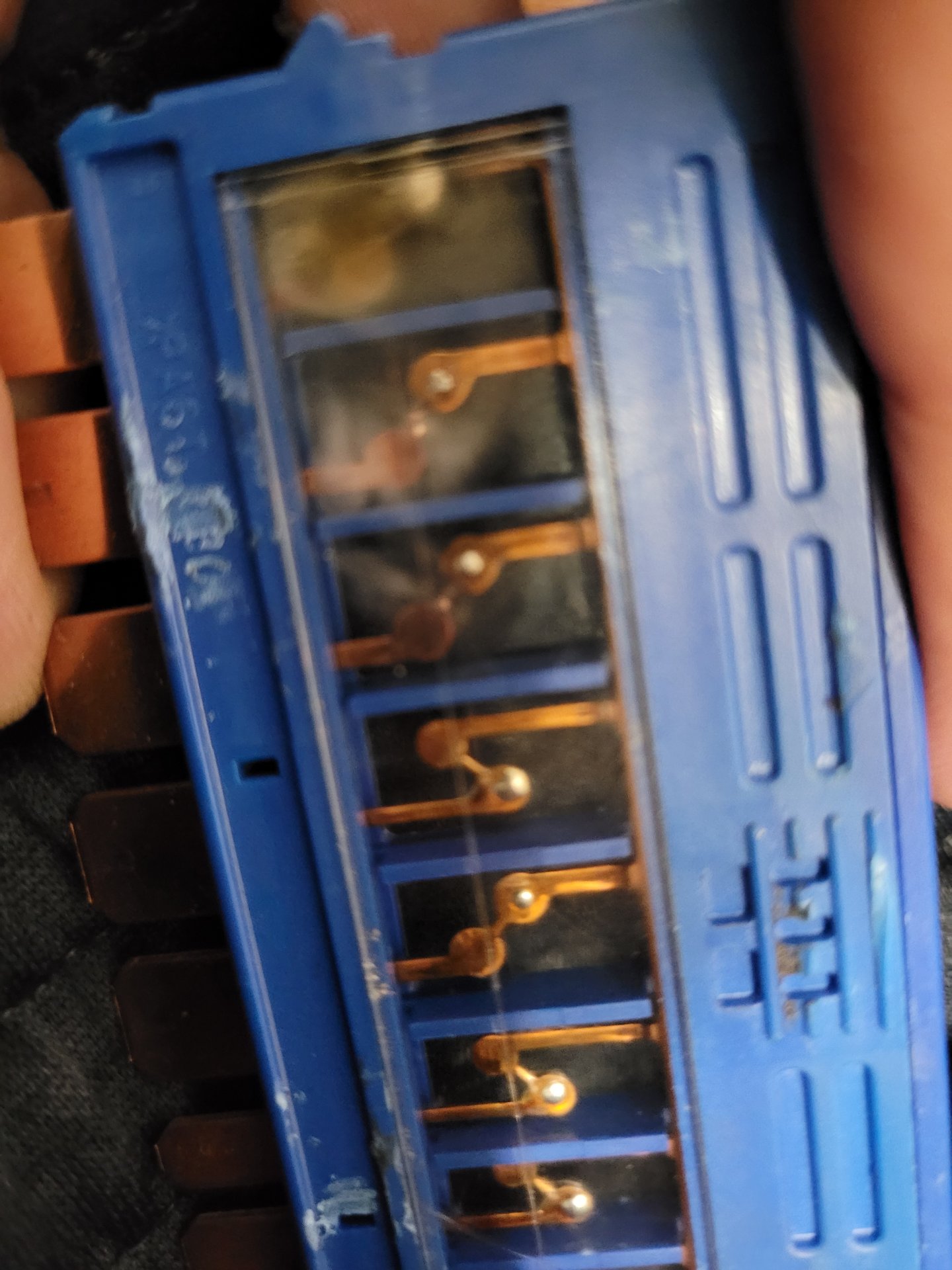 P
When Toyota and LR won't sell me the vehicle I want....