Hey! so its been a while since I've been on here so i thought id make a build/life/other builds update.
i posted the other day a few pictures of my new airplane project, sort of a next level back country idea. I'm really excited for it, and somewhat amazed to have the opportunity to be honest.

...The unfortunate part of this is that I've realized i have a little too much going on and something has to give.... and that something is going to be my LandCruiser.
I've always been a little torn with this truck, i love the driveline and the 70 series but the SWB would probably be my last choice of the line if i had the option. assessing my small fleet of Toyotas over and over, i just realize i can't justify keeping an extra truck just because i like having a diesel.

Anyway that's enough on my life..... lets talk about the truck. Despite all this, the cruiser has come a long way in the last 4 months. This will kind of be a recent build page/for sale page. I'd like to throw it out there to V.I. before I post it anywhere else.

so i started in Feb with a long overdue front end job, usual knuckle kit, brakes, wheel bearings and even new bushings and end links for the sway bar. basically a Lotus now

Next was to finally install the 13BT. the plan was to use the 13bt with a new asin clutch kit, with my spare H55 (lowish km) and my original split case because its manual shift.

everything went pretty smooth actually, gave the 13 a bit of a clean up, some blue paint *only becuase it was blue factory lol, then mated it up with the trans and t case.
i was able to break in the garage at my new house with a sketchy solo engine pull, tied the tailshaft of the trans to the rafters while the engine was on the hoist and pulled the 70 back with my 1st gen.

Going back in was pretty smooth, mostly just a bolt in ordeal. Once it went together i do have to say i love the 13BT, i think its gotta be one of the best mixes of technology that was offered. I have touched nothing as far as tuning on the engine, and it preforms as good or better than my strung out turbo 3B.... all while being at least 200deg lighter on the egt.

So while being on the fence about selling it, i thought it would be worth it either way to make it as nice as possible. So it was time to change the fenders and redo the C- bodywork at the back.
Lots of bodywork later i'm pretty happy with it. My painting learning curve is starting to flatten out the more that I'm able to try it. Its a strange obsession, i dont really enjoy any part of autobody but yet I'm always compelled to do better.
Kinda what they say about childbirth i guess

So on to the truck stats i guess, its a 1986 BJ70, original interior, some rust repair in the rear quarters and new fenders. well documented at this point. frame is actually nice, it has never had a hole or a patch, really the best you could ask for in a CDM truck that hasn't hidden in a garage or anything.

custom bumper with an 8274 that works but could use some attention.

i really believe its a great truck that someone would be really happy with.

pricing is difficult... hard to pace a value on something like this.
I'd like to offer a club/friend price. $18,000

some say that's high, some say its low which makes me think its in the ballpark. i'd really like to see it go to someone that will enjoy it, i defiantly have 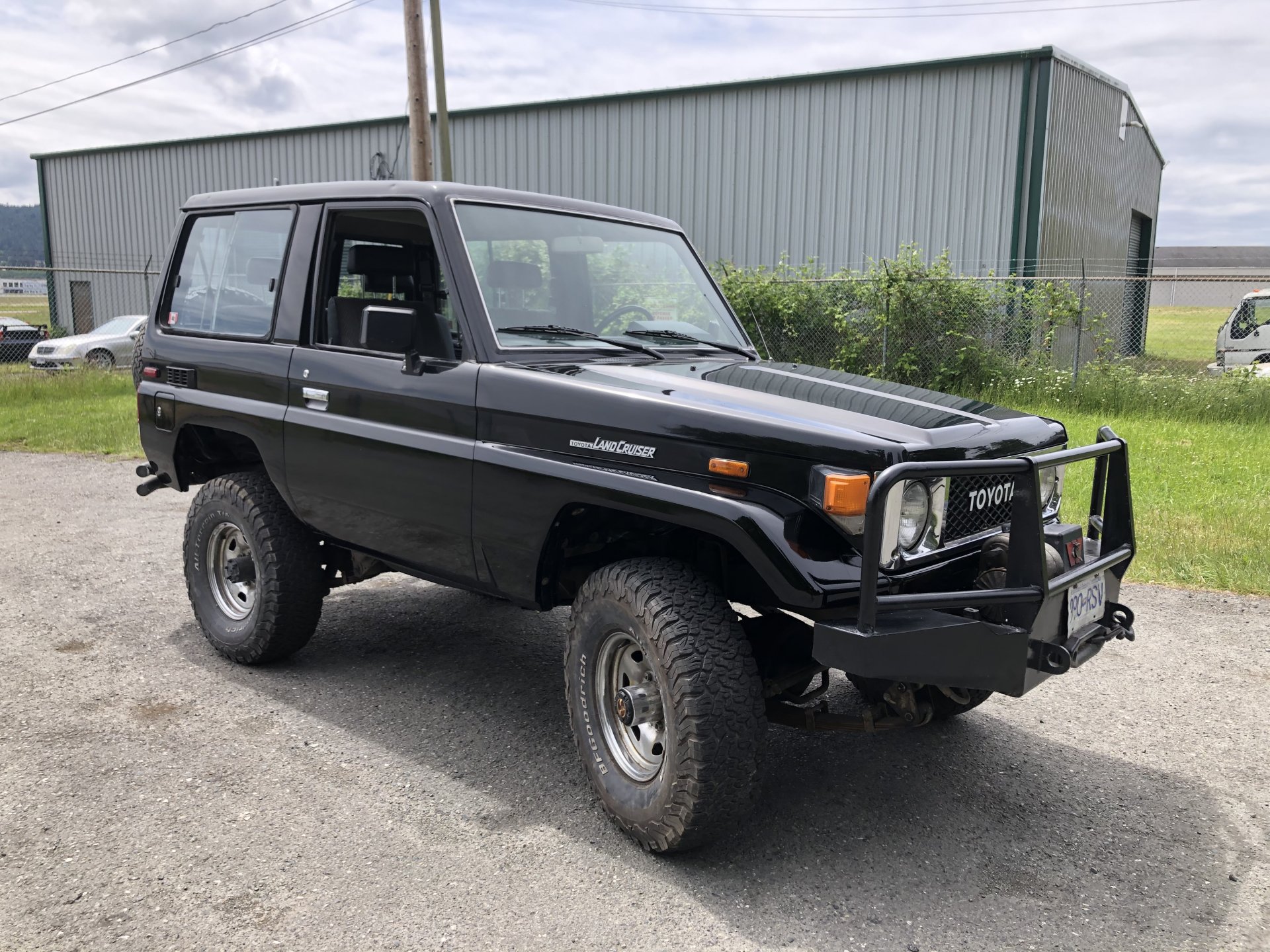 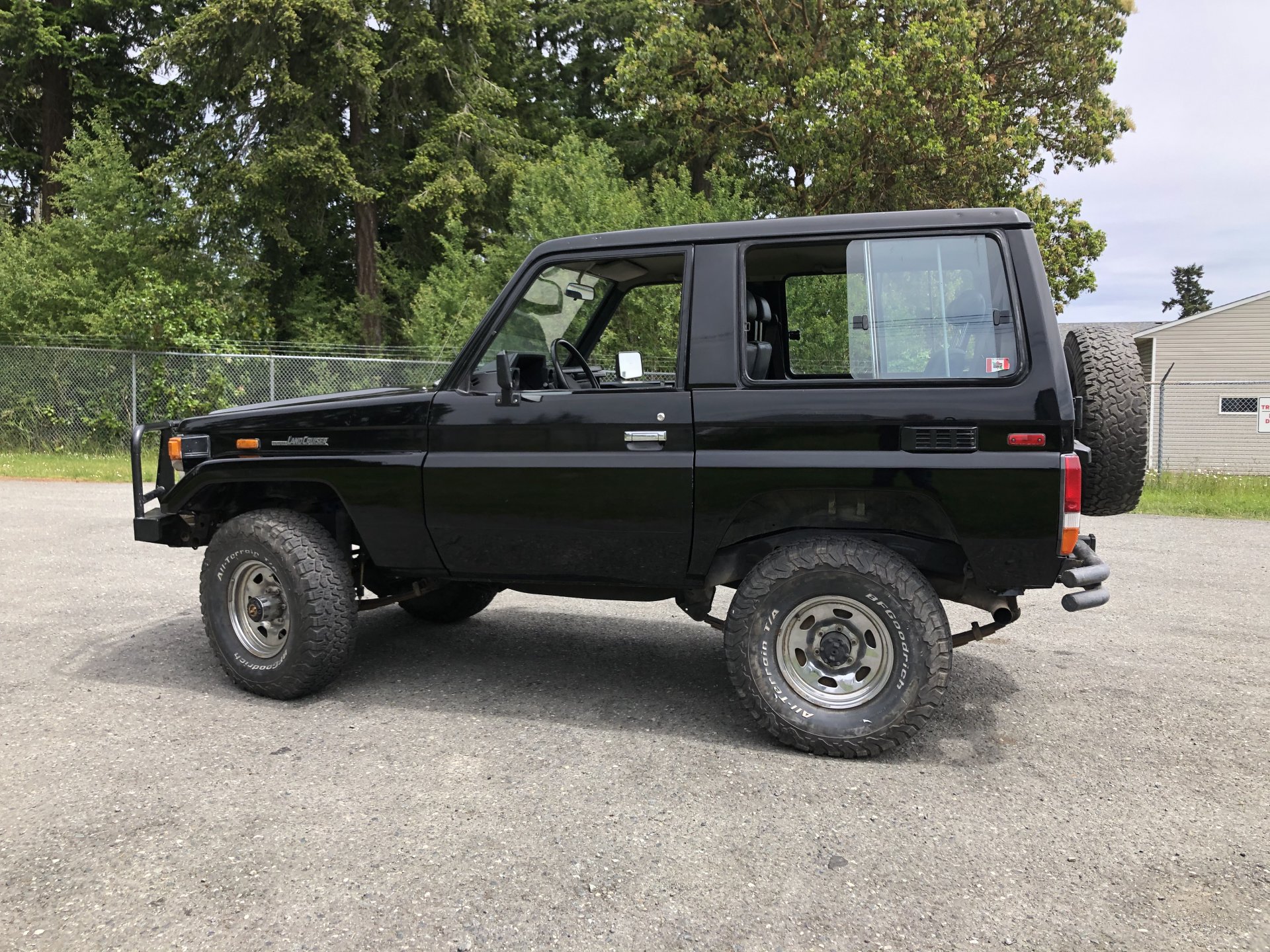 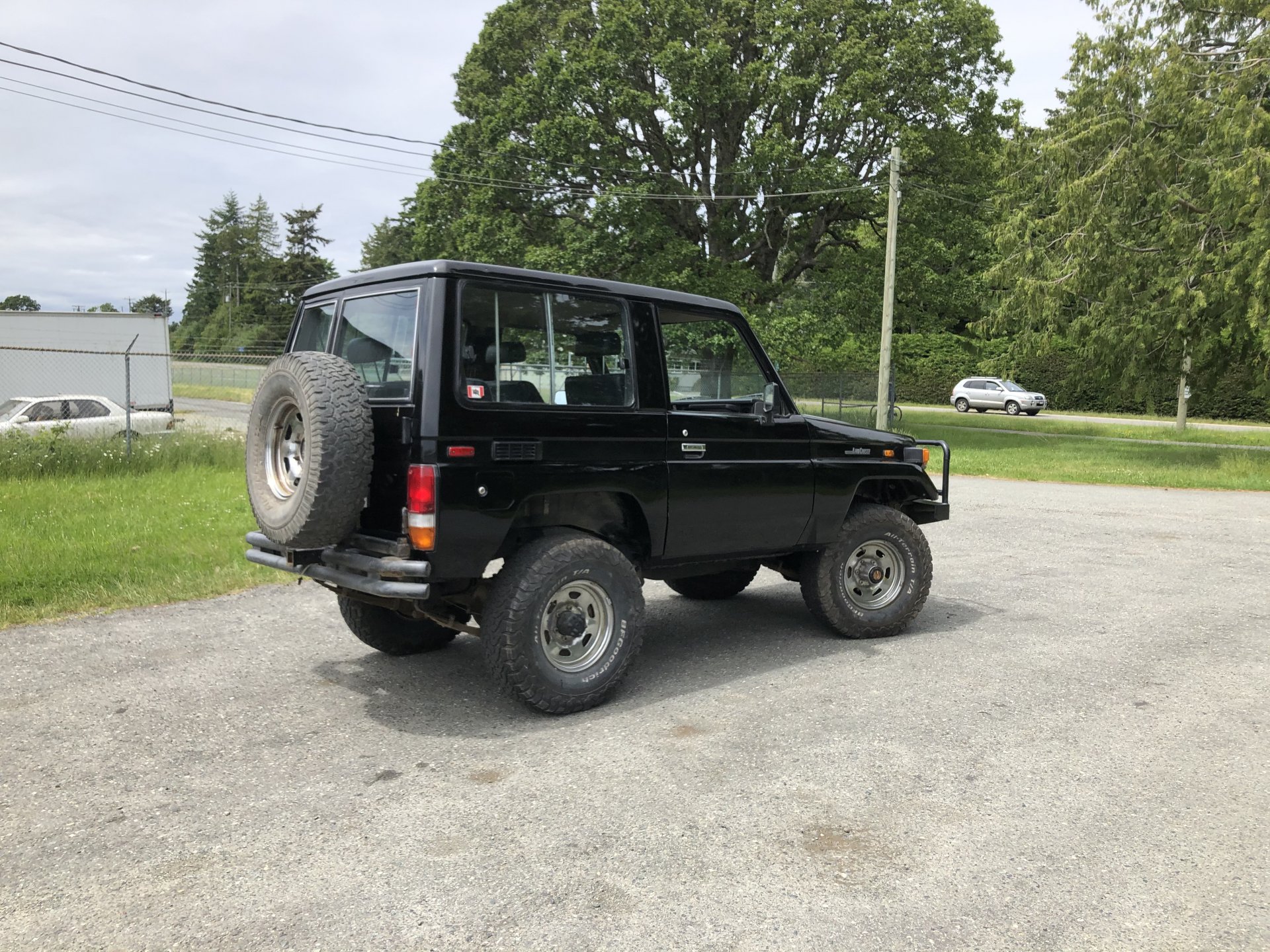 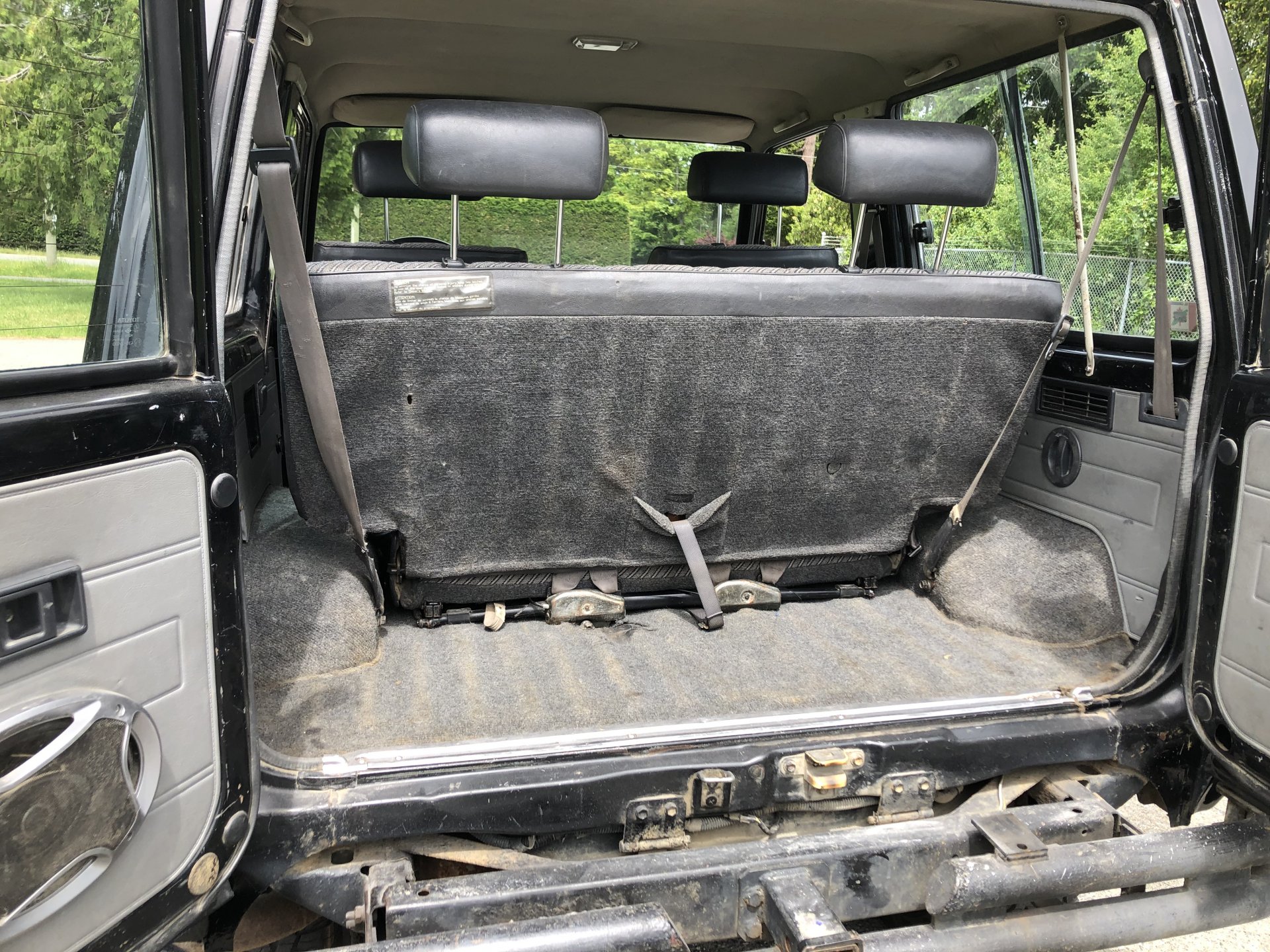 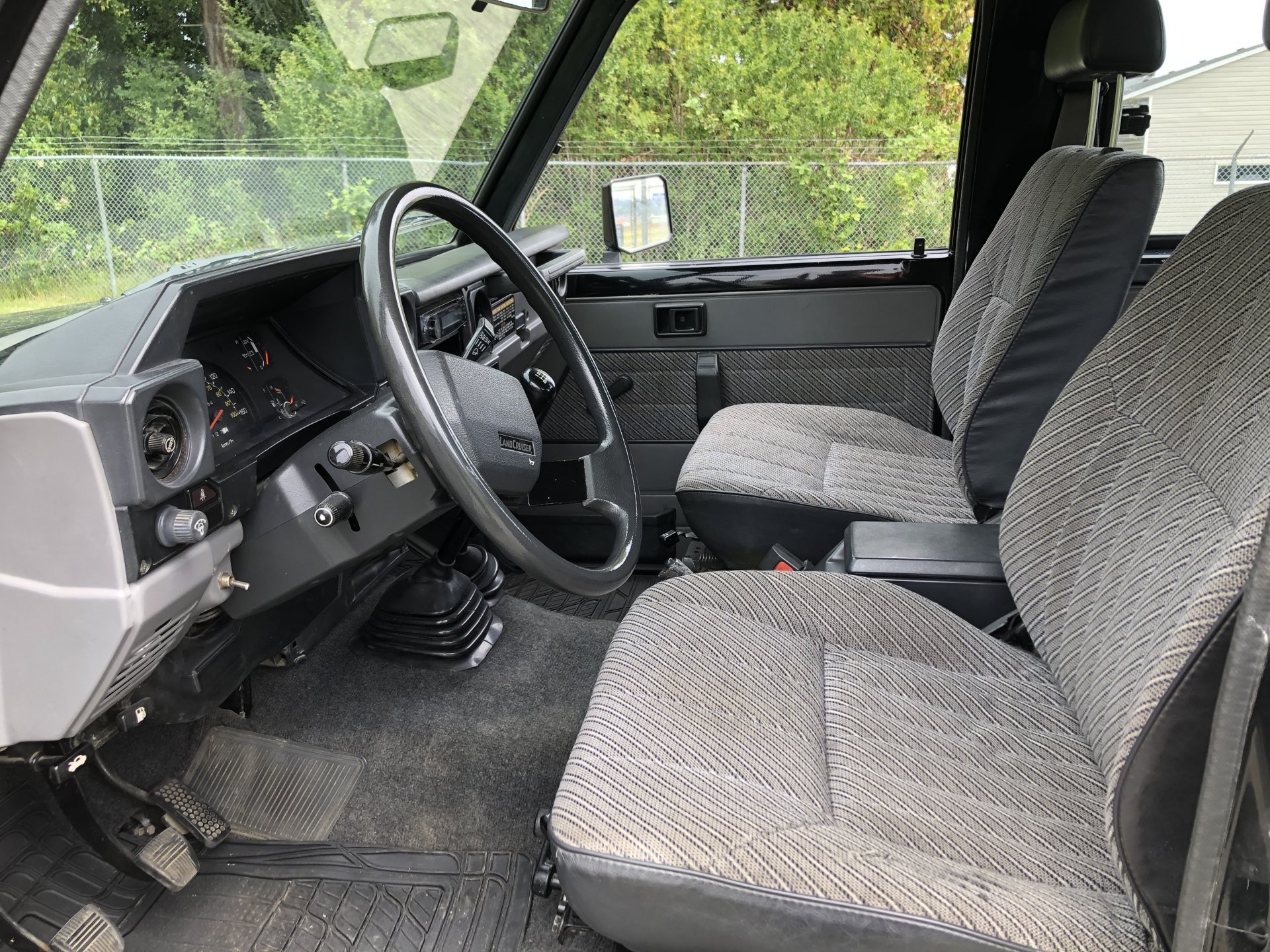 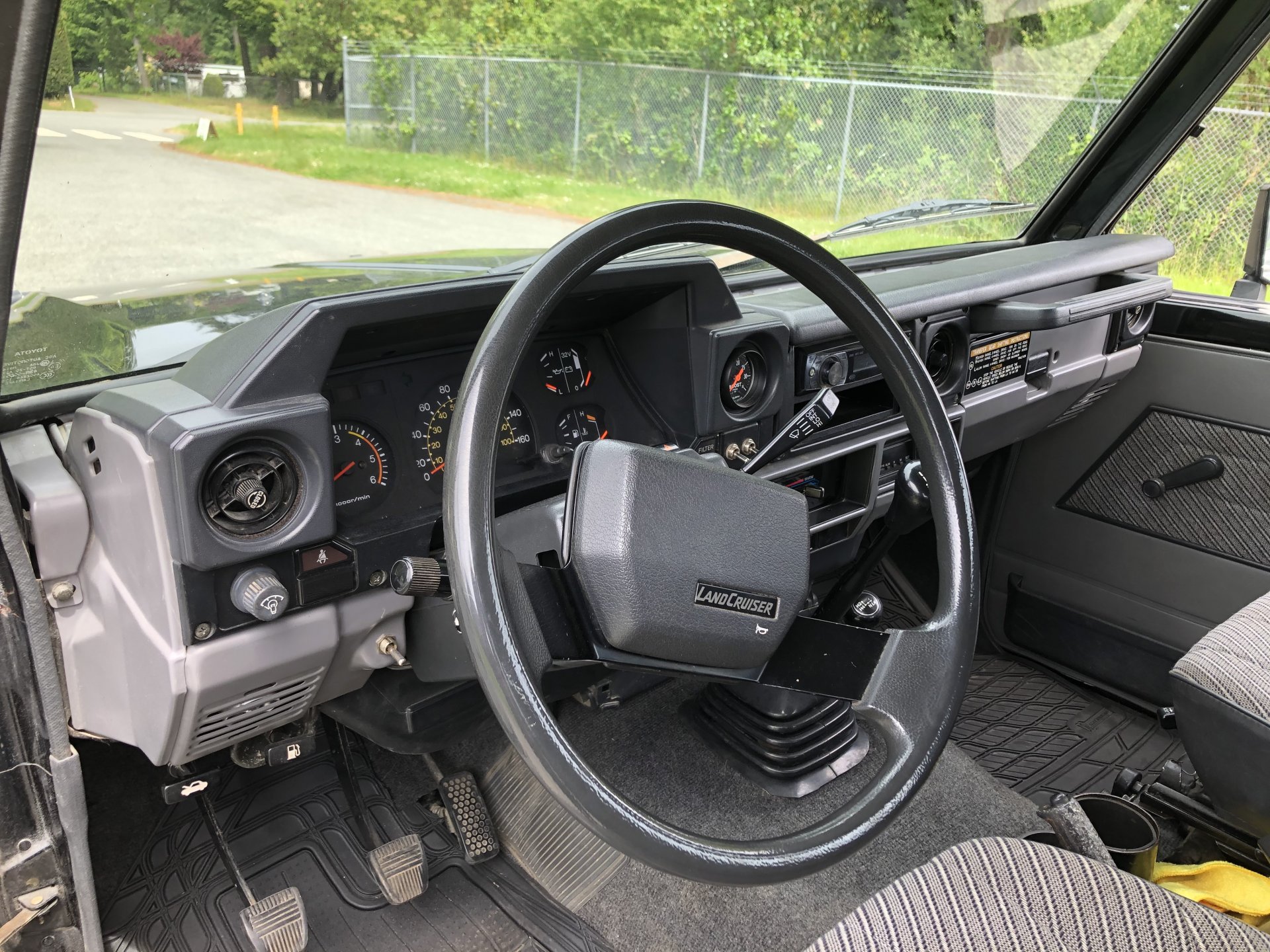 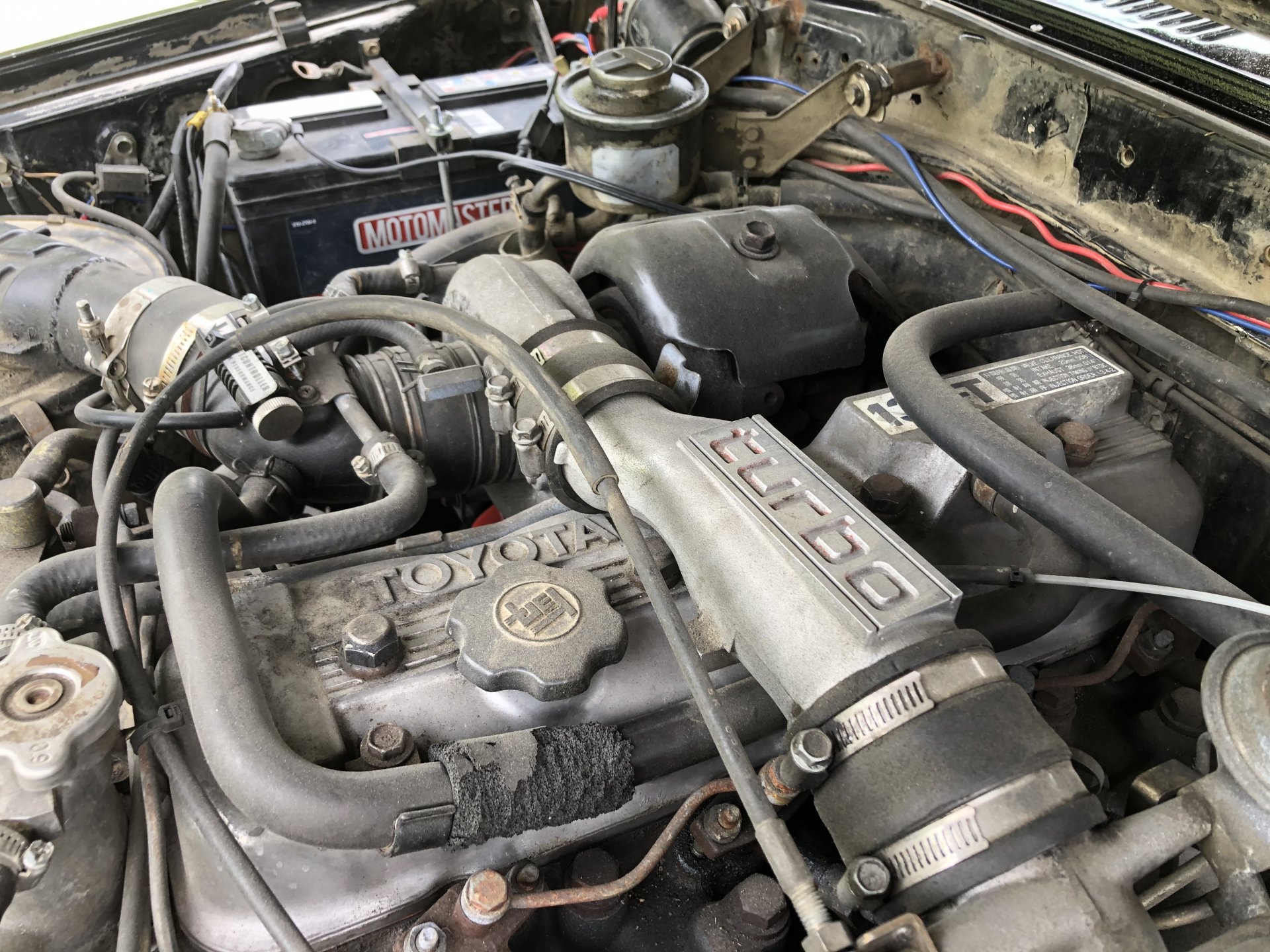 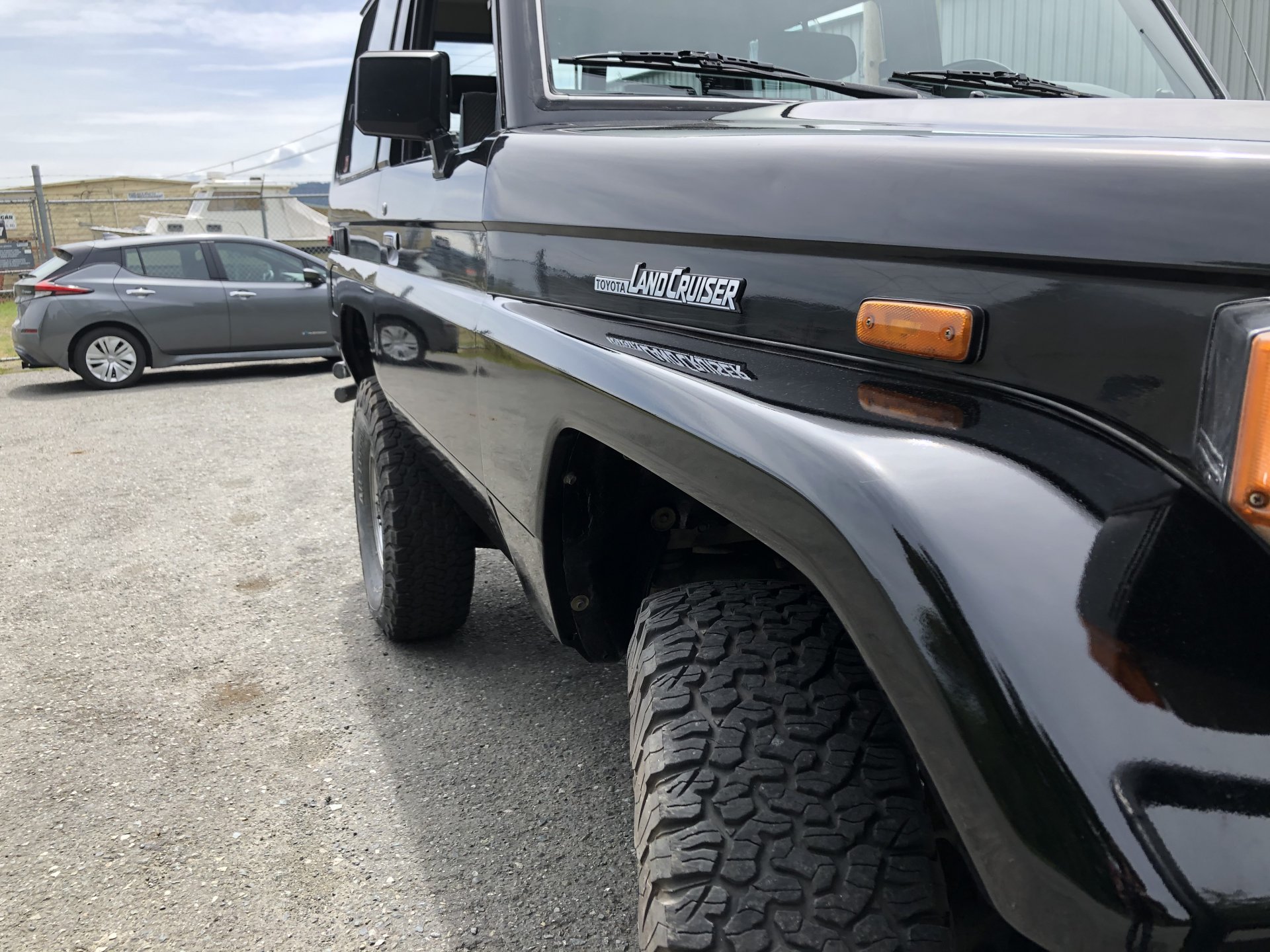 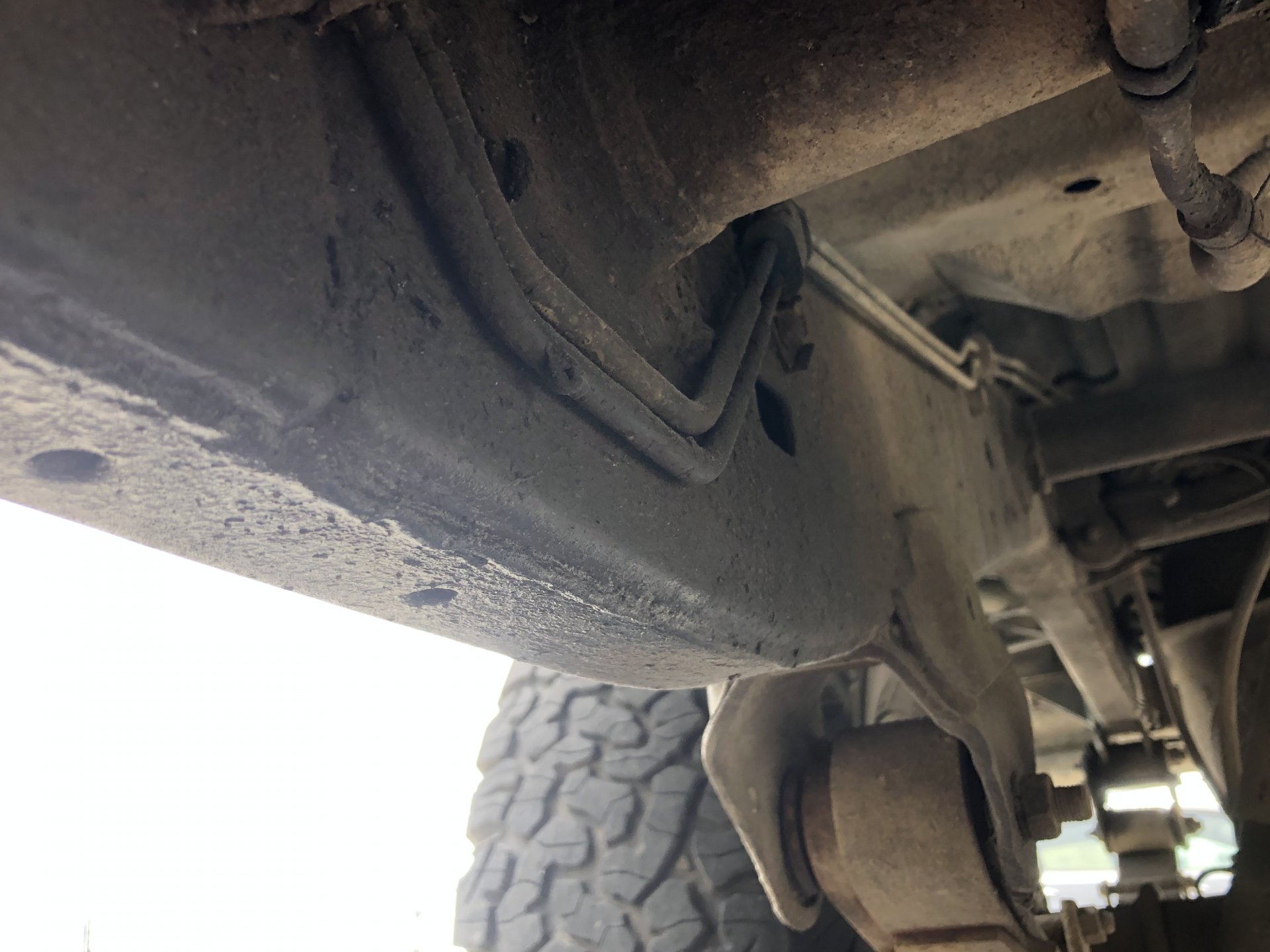 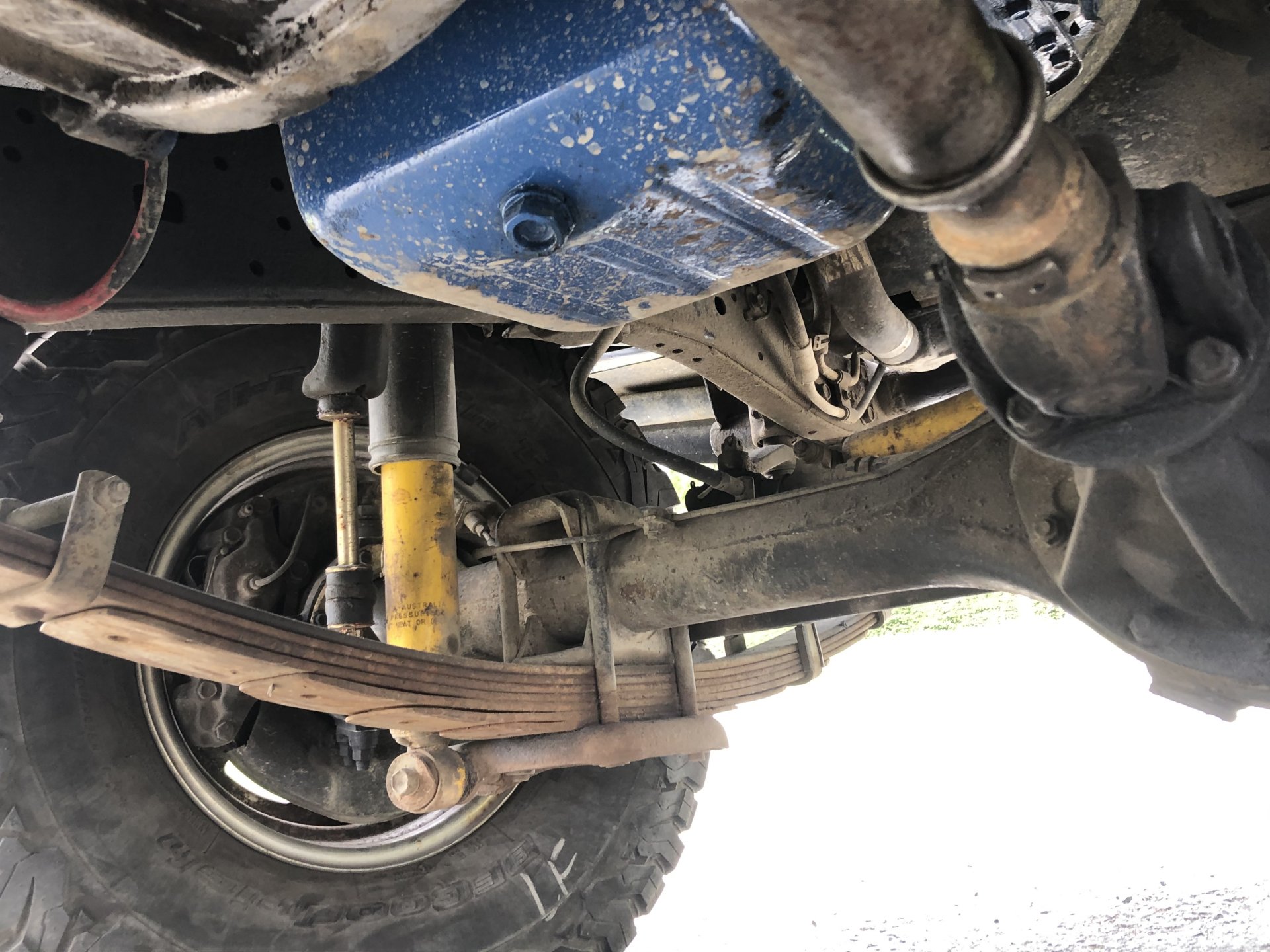 and more because why not 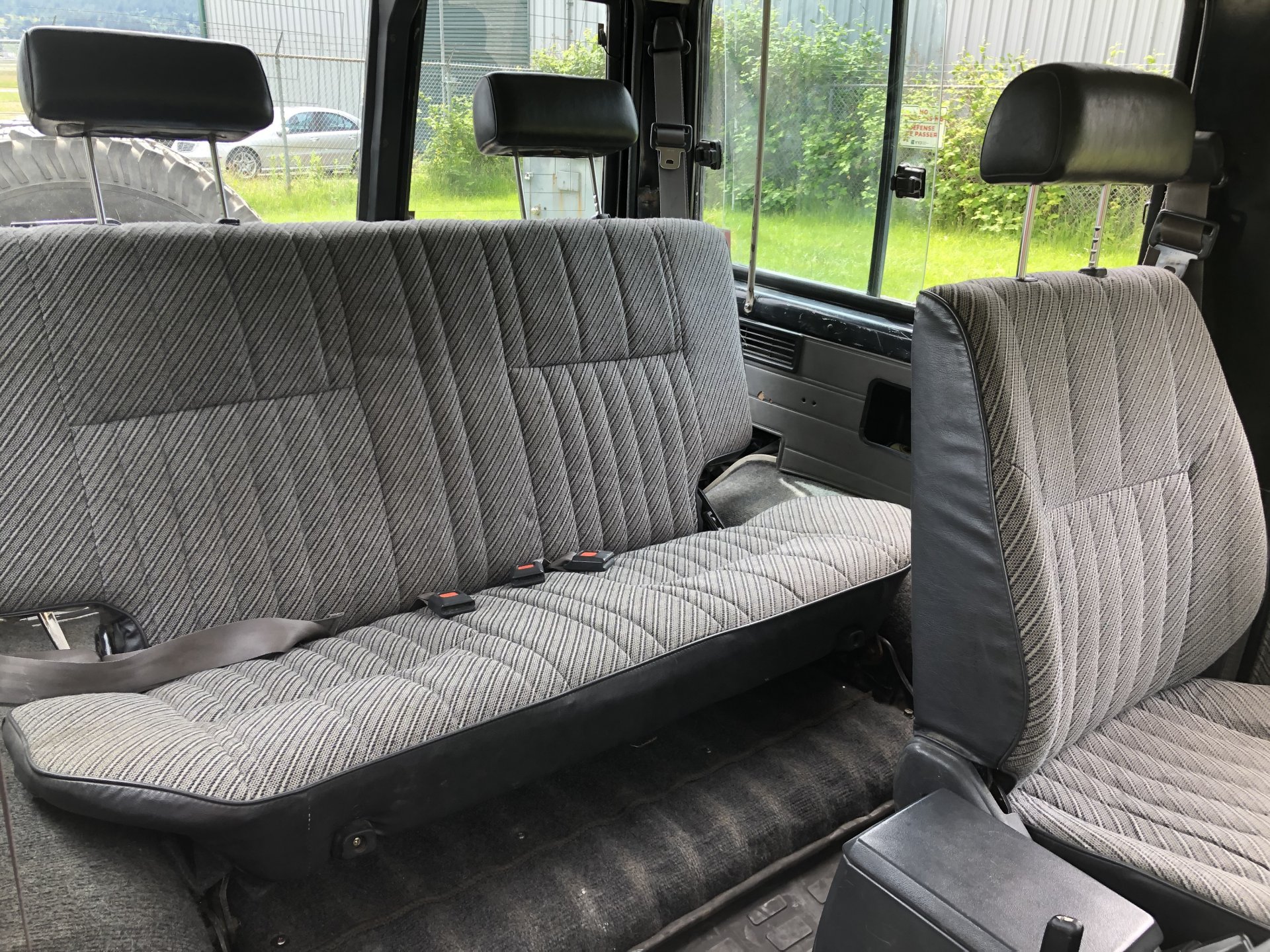 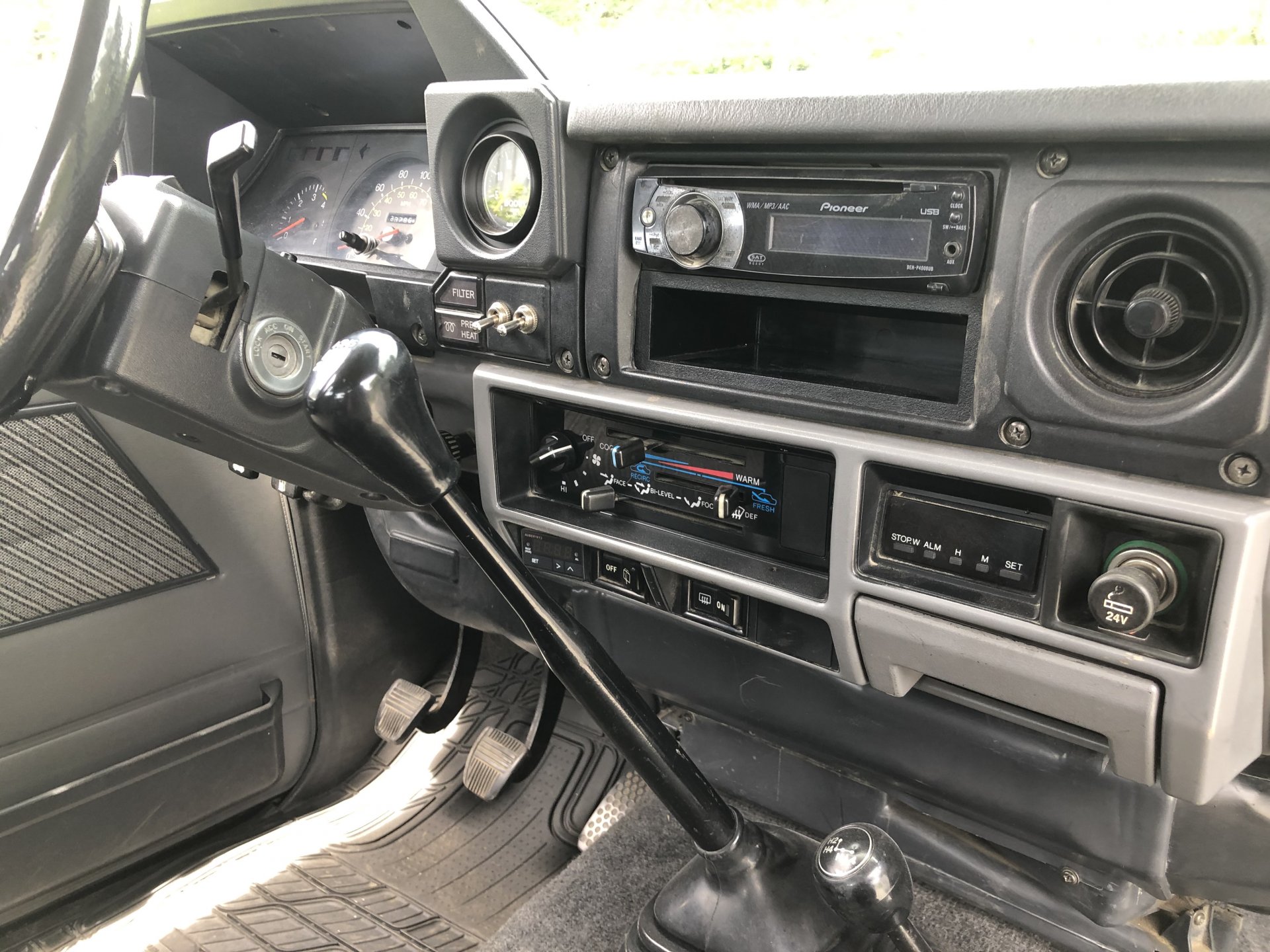 Looks great Graham; I'm jealous of that 13BT. That's one of my dream engine swaps for my LJ. Anyhow, I think you've priced that really well, I hope it goes to a good home.

GTSSportCoupe said:
Looks great Graham; I'm jealous of that 13BT. That's one of my dream engine swaps for my LJ. Anyhow, I think you've priced that really well, I hope it goes to a good home.
Click to expand...

Thanks, and yea the 13BT is the one aspect that’s hard to get rid of. I had some thoughts of getting a prado body and hacking my truck up into a 4 door BJ78 I guess?
too much work.... lol

I miss my little 70, (not enough to buy yours

) but, I still miss it, despite it's being passed around like young steven in a danish night club.


Just don't sell it to flipper.