anyone know this truck? (1 Viewer)

Spivey told me about it.

It's located in belhaven heights at the corner of Madison and Moody street. Saw it there the other day. Rust is clearly visible around the wheel wells. That's all i know.

7 inches of lift? Someone should pick that up. Is that price in line Greg? You gonna go check it out?

I'll drive by and check it out if it's still there. I'd say that's about the right price with those mods. Wonder where it came from, and why it's rusty. If the tranny shifts good it would be a great trail truck for someone. I never drove my truck with 35's and 4:11's though. If it's not regeard it's gotta be a real dog.

Greg, you need to buy this and wheel the snot out of it at roundup!

mmw68 said:
Greg, you need to buy this and wheel the snot out of it at roundup!

I have a truck to wheel at the roundup!

Is that the same one I've seen at CarMax where I would guess the employees park?

This used to be my truck. Sold it in October to a guy that worked at carmax and he turned around and sold it two weeks later. It is a good trail truck but LOTS of rust!!! Reason I sold it is because every time something broke, at least every other bolt would break off. Runs fairly well. Fenders are cut out. Undercarriage is pretty rough. It originally came from New York. A guy from Destin bought it and blew the engine at his deer camp in Holly Bluff and let a mecahnic put another 3FE in it. Not real sure if he did it right though. Had alot a kinks to work out. I bought it from that guy and kept it for 3 years. It was a great play truck. It went to memphis and back several times. I just never got to drive it much once I got out of college and didn't seem right to let it sit up, but now it looks like no one will keep it longer than a few months. Wish I would not have sold it, but I wouldn't give $3200 for it. From the pics, it looks like he cut my homeade winch bumper off

There is also alot "rigged" on that truck due to a college students budget! Anyway, if you have any questions on it, just ask. I know that truck pretty well inside and out. 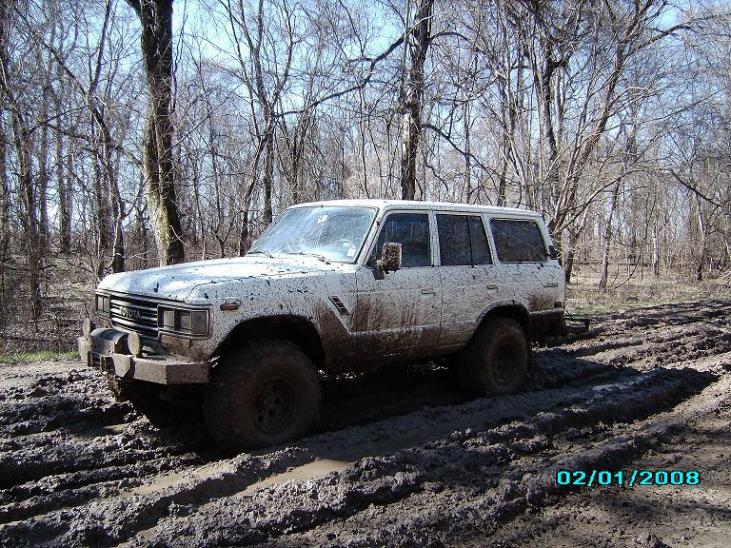 I was thinking it was familiar! Looks like a perfect candidate for someone to bob and chop or something like that.

I rode by the house where it is and it turns out that it is the same guy that I sold it to trying to sell it. He tried awhile back to sell it for $3400 or something and could'nt get it. Just a FYI I sold it for $2500. The bumper on the front is my homeade, he just modified it and honestly took all the strength out of it. I t would be a good project truck, but has alot of issues with rust. Just letting everyone know.

HeathRJ said:
It's located in belhaven heights at the corner of Madison and Moody street.
Click to expand...

Yazoo Cruiser said:
I rode by the house where it is
Click to expand...

Yazoo, is the truck in Yazoo?

I am from Yazoo...Now I live in Brandon and work downtown. So I rode by there today on the way to work

Come to the meeting on Tuesday Yazoo!

Seriously?! You gotta show up Tuesday.

Wanna go to Katemcy with us?

I just may come Tuesday if I can get away from work. I don't wan to be an outcast though since I am cruiserless now

I do have another Toyota though!

You got one of them 4 skinners so you'll be fine.

Saw that truck awhile back at the Anytime Fitness in Madison.Thought he was a member, But could not find the owner to talk to him about it in fitness center, so he was probably eating at subshop next door.

I have never seen this truck, never met one of the owners of the truck.

I feel like I'm missing out on something...
You must log in or register to reply here.