Restoration of a 1968 Land Cruiser

As most of you know, pre 69 FJ40’s with an F engine used a press on harmonic balancer with the vast majority having only a single belt groove for the accessory drive, e.g. just the water pump and the alternator. However, quite a few 67, 68 and 69 models were also fitted with a 2 groove press on pulley. This second groove was fairly narrow (A or 3L belt width) and had a smaller pitch diameter. I think,Toyota installed these as a transition component in preparation for the quickly changing emission laws...they needed a way to drive an air pump to blow air into the exhaust...burn off those unburnt hydrocarbons. Beside your PCV valve...air injection was one of the earliest air emission technologies implemented. And it....sorta, kinda worked....without stealing to much HP.

At the end of this transition, Toyota changed the crankshaft design (F 1.5 engine) and went to a bolt on balancer.....sometime in late 69. This balancer came with an additional belt groove, a second B or 5L width, same diameter. I’m not sure if Toyota was thinking ahead, e.g. additional accessories....like power steering, AC.....or was it more like they knew more emission regulations were on the way.

If you’re doing a frame up on one of these early models and rebuilding your F, the easiest way to a second groove for aftermarket add on accessories is an updated crankshaft and a bolt on 2 groove balancer. 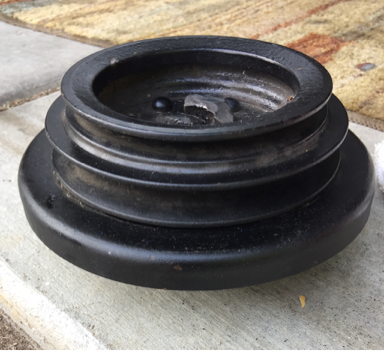 The Unicorn...Press on 2 Groove Balancer

However, if you have an earlier engine....the 2 grove press on harmonic balancer can be made to work. They are available, if you look hard enough. I have two, one installed and one as a spare.

The first accessory for my 68 restoration was a power steering upgrade. The PO had installed a Saginaw system in the 70’s....it was quite an ugly install. I chose to replace it with a Saginaw power steering kit from TPI. And yes, I used a narrow A (3L) width belt (the front groove on press on 2 groove balancer) to drive the pump. There is no squeal or slipping, the A (3L) width belt fits perfectly in the balancer but it rides a bit deep in the GM pump pulley. However, there is more than enough engagement for mall crawling, around town daily driving and easy trail drives.....it does the job reliably. I can’t speak for the rock crawling crowd, but I suspect it would work out in that application also.

To mount my power steering pump, The TPI kit came with a Toyota emissions air pump mounting bracket. It bolts to the F block just behind the driver side front motor mount. I used a home made threaded bushing (...drill and tap a piece of round stock) to push the pump forward in the bracket and line up the pump pulley with the narrow groove on the balancer. 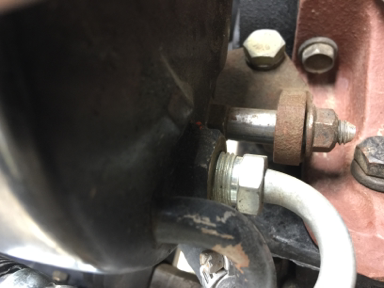 I won’t go into the steering box mounting here...and how to keep your 3 on the tree...different theme, different write up.

Now that we had a drive source for the power steering pump, that left the wide groove, the B (5L) width balancer groove open to drive the water pump, the alternator and the Vintage AC. This was the real trick since Vintage instructions say 69 or newer (they always assume a bolt on balancer with 2 B width grooves). Well I’m here to tell you, that yes most definitely, the Vintage AC will work on earlier models with a single groove pulley.

Again, I went to TPI and bought my AC kit through them. They had just about everything to make the Vintage AC a successful installation. Besides the AC kit (compressor, condenser, hoses, controls, evaporator section and mounting brackets), they provided a FJ60 aluminum water pump, a two groove water pump pulley, a high heat fan clutch and a new 7 blade fan. The only thing I had to source was a 74 or newer fan shroud to fit around the larger fan. I got that through Cruiserparts.net.

The Vintage AC compressor/alternator mounting bracket, in my opinion, is a work of art....and everything fit. It mounts to the F engine where the front engine hoist hook is mounted. Just remove the hook and bolt up the bracket...maybe. We ended up with a 1/2 spacer (cut from plate steel) to allow for a more standard belt length. There is a 3rd mounting hole for the 2F engines, however, on the 68, even with the later F head, there isn’t a threaded boss to mount anything to. For a lower support, we ran a piece if 1 inch 10 gage flat stock over to the extended water pump bolt that is used for the power steering pump belt adjustment arm. This stabilized the lower section of the bracket. 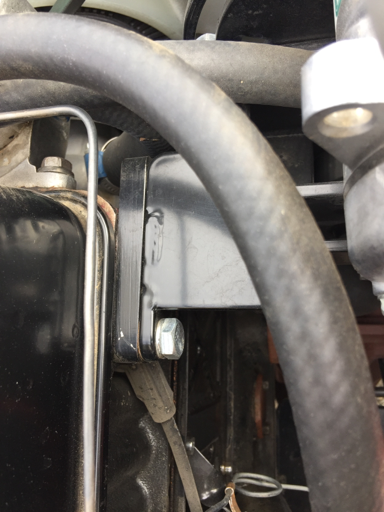 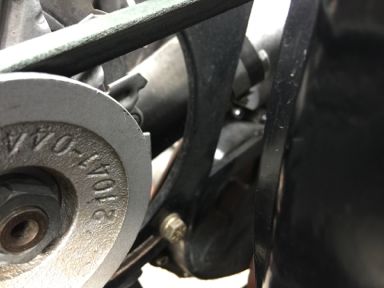 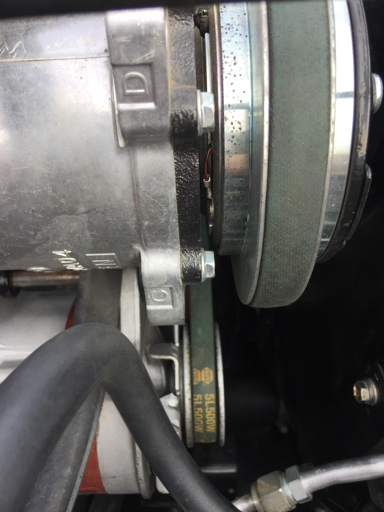 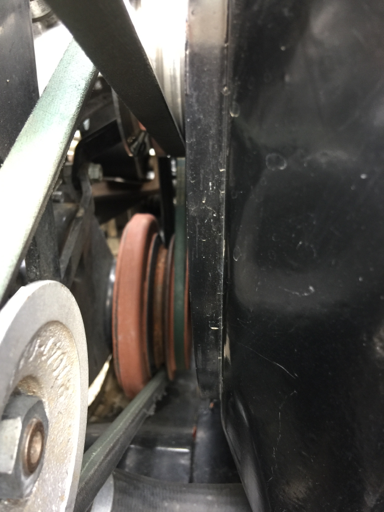 It all works very well and dispels the myth that you can’t install AC AND power steering in a pre 69 rig. I Got-R-Done, so can you.

Power is fine, you generally don’t know it’s there, just had to bump the idle up for the AC.
M

I know on my 1982 with ac,the motor lost 24 percent of its overall power. Mike

Michael Hanson said:
I know on my 1982 with ac,the motor lost 24 percent of its overall power. Mike
Click to expand...


Wow, that’s like 30 plus hp. The little Sanyo compressors that come with the Vintage AC pull maybe 5 hp, and cool pretty well.
You must log in or register to reply here.