By way of background, I am less than a year into the world of Toyota 4x4s – but like many, have always admired the iconic look of Land Cruisers and British 4WD vehicles. So, when an opportunity came to pick up this 1994 Cruiser with 225K miles on it, in good shape and at a decent price, I snapped it up just ahead of the other 20 people that called the seller in the first 90 minutes of the ad being posted.


Suspension was one of the first thing on the list and after much research on the forums (thanks iH8mud!) about various options, I read good things about the Dobinson’s stock height kit. I’m not yet ready to go for a big lift, because I am not sure which direction I will take the truck, whether it be the expedition/overlanding, or off-roading or (most likely) keeping it as a ‘mall crawler’ with occasional off-road forays.


After consulting with @crikeymike from Dobinson’s USA, we assembled the following:


I was encouraged by a few folks to go ahead and get lifted springs anyway, but to be honest I truly HATE the way that lifted trucks look with stock wheel and tire setups. That may be putting aesthetics ahead of bad-ass off road functionality, but I am also a realist about how much time I’ll be on-road versus off and how much gear I’ll load into this thing. Stock tires on a lifted truck look spindly to my eye, and my Cruiser came with a nearly-new set of Yokohama Geolandars in stock size anyway, so switching them out is not in the cards until they’re used up. Plus, Land Cruisers are badass anyway – and I can still buy modest lift springs (2-2.5”) and run these shocks, if/when I add more weight and gear and decide to go taller.


Big considerations for staying stock height also included being able to fit my Cruiser into urban parking garages and into my own garage for servicing – and it is really close to get through the porte-cochère to get to the parking in my courtyard apartment. On a recent trip to SF, I was actually able to reach through my open sunroof and touch the roof joists of the Moscone Center parking garage, so if I had more of a lift, it would have been crunch time. Taller tires might be in my future plan, so adding those and/or a roof rack would make it inaccessible to a lot of the places I need to park. And having also read about harsh ride and “stinkbug” appearance with lift springs in unloaded Cruisers, I felt pretty confident in making these product choices.


Dobinson’s drop-shipped the hardware to my installer, and they said the parts went in easily – though somehow my Dobinson’s beer can koozies got lost in the shuffle, darn!


Initial impressions were that the heaving, lurch-y feeling and excessive body lean, were gone. Ride was/is firm, without the seasickness associated with 225K stock suspension pieces. The truck rides even nicer with a bit of weight (passengers) in it, and the cornering is pretty flat for this big of a vehicle. On smooth pavement, all is placid and on corrugated stuff, it is much more controlled – and it tracks better everywhere (the installer aligned it, too). Limited off-roading so far.


Visually, I have picked up some ride height from when I bought my Cruiser, mostly due to the fact that the stock pieces were fully shot. I also like the teal green color of the springs against the yellow shocks, which scream early- to mid-90s JDM to me.


I’ve done a few thousand street and highway miles on this setup, and would certainly pronounce myself very satisfied so far. Work schedule permitting, I will get in a bunch of fire roads this winter and maybe some sort of group drives (hello, TLCA!), and report back, ideally with more pictures than just that purty steering stabilizer and that teasing bit of coil spring!

So what was the cost of the complete kit?

Any pictures of the truck before and after ?

Any pictures of the coils ?

What's the free height of the coils ?

What reviews on these were you reading ? I think @Comet is the only one I've seen running them so far and I haven't read anything else lately.

Rifleman said:
So what was the cost of the complete kit?
Click to expand...

>>>I only have one true 'before' pic, taken the day I got it, and I failed to measure the pre-/post-install height, which was purely due to logistics and available time. But to my eye - and maybe the other pic helps confirm this (the one with the shiny tires) - it looks more level and an inch or so higher in the front.

Any pictures of the coils ?

>>> This is the only shot I have right now. Hoping to take some additional detail shots in the near future. Will update this thread when I do that.

What's the free height of the coils ?

>>> I did not measure, due to both time constraints and failure to plan ahead... Maybe ask @crikeymike - here's the spring page and the LC-specific catalog download page from Dobinson's, if that is useful:

What reviews on these were you reading ? I think @Comet is the only one I've seen running them so far and I haven't read anything else lately.[/QUOTE]

>>>I think I read every thread I could on Dobinson's but surely missed a few -- these were the positive threads I was referencing, including one from the 60 Series section:

Made the switch from OME to Dobinsons...couldn't be happier

In my mind, I sort of conflated all of this info and decided to pull the trigger because of the overall positive impression, the value relative to some of the other popular choices, and a good experience when asking questions of the vendor. Funny enough, I had a friend (not really a car guy) who lived in Australia for a number of years, and when I mentioned Dobinson's, he responded affirmatively, so perhaps they're a household name there.

Hope this is helpful in some way to the community. 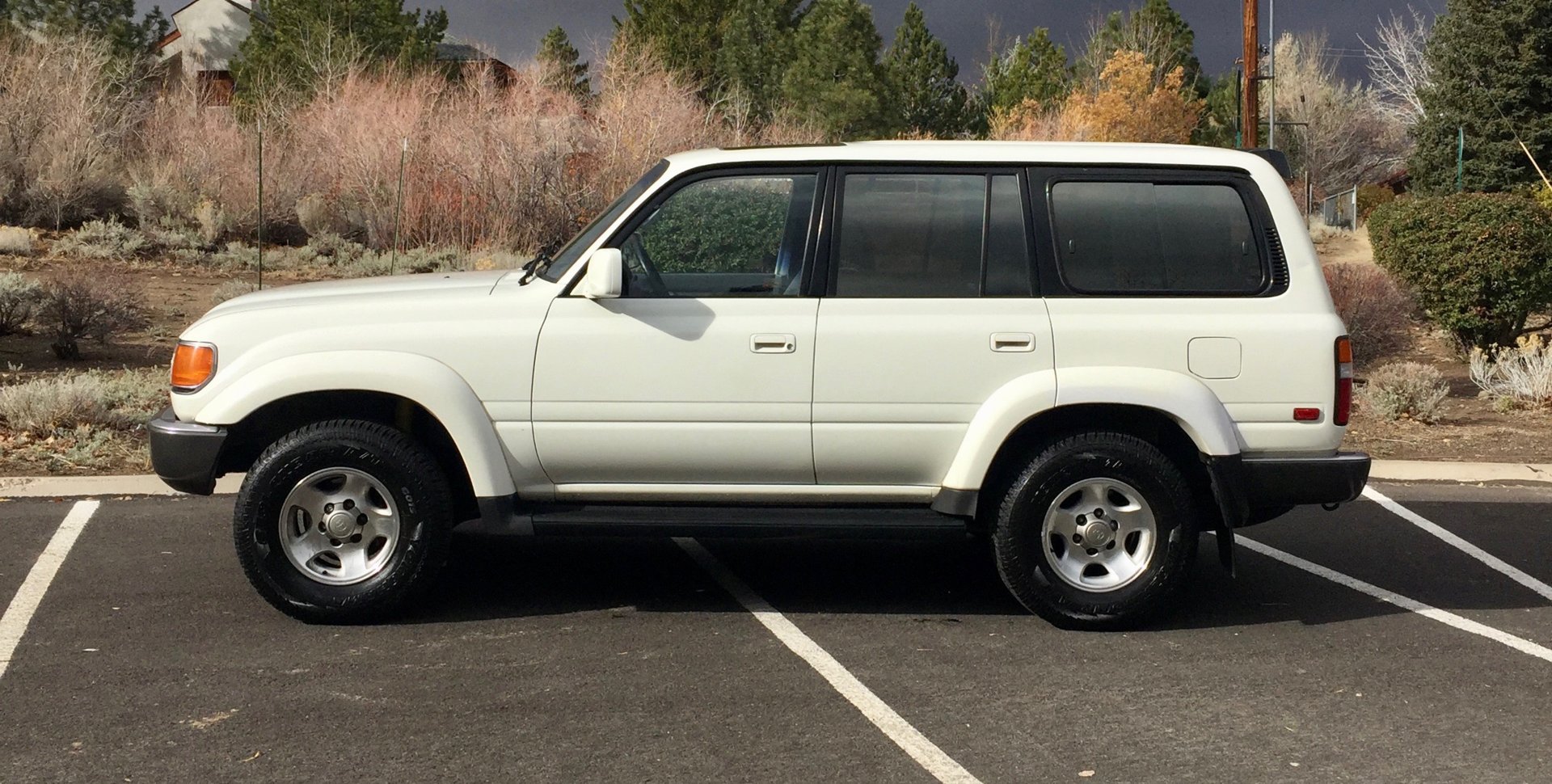 Waiting for the other 3/5th of the review that delves into off road manners...

Mandrake said:
Waiting for the other 3/5th of the review that delves into off road manners...
Click to expand...

Point taken. If I only I could buy spare time from a vendor...

Sub'd. I'm liking this. My 1994 is the wife's and she didn't want a big lift but acknowledges that my 1997 with OME rides and handles better. This would be a nice option. I see it's only a 45mm lift.

ThomasMore66 said:
Sub'd. I'm liking this. My 1994 is the wife's and she didn't want a big lift but acknowledges that my 1997 with OME rides and handles better. This would be a nice option. I see it's only a 45mm lift.
Click to expand...


Where are you finding that its a 45mm lift ? I just poked through the catalogue and couldn't find the spring free heights, it just says stock height.

Also, I will add that if anybody in the N. Cal or Reno/Tahoe areas wants to get together and do a comparison of some sort with other suspension bits, I am totally game, with the caveat that I have effectively zero experience off-roading, save for various rental cars.

Hoping to get out this weekend or early next week on some local dirt roads here in the Reno area as a starting point.

I joined a local "off road and recovery" group on Facebook, to learn where some of the roads/trails are. And, apparently to fit in you need to be about 19 years old with an appetite for Fireball whiskey and bonfires -- as well as gettin' stuck -- so approaching those groups with due caution when it comes to the latter and much enthusiasm on the former Fireball/bonfire side.

More anon - and seriously, somebody local PM me if you want to show a newbie the ropes and check out the suspension stuff. 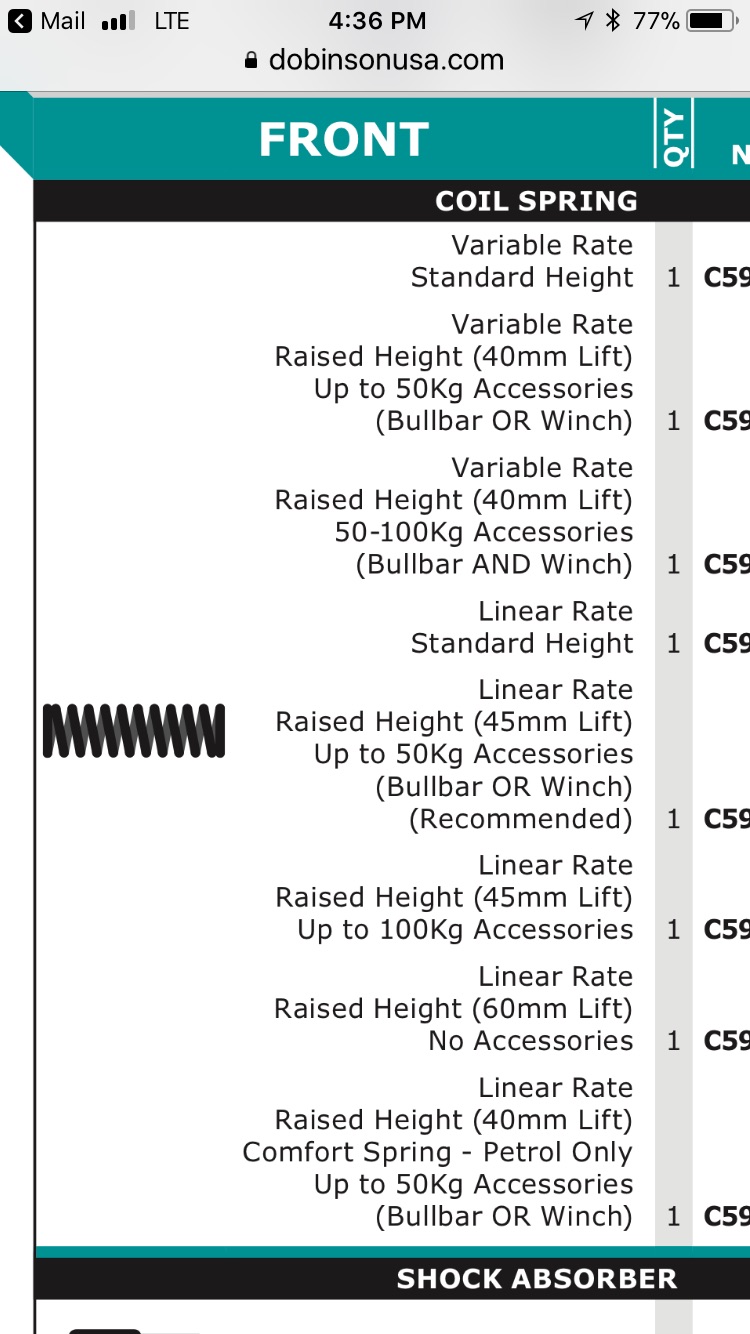 half k cruiser said:
Where are you finding that its a 45mm lift ? I just poked through the catalogue and couldn't find the spring free heights, it just says stock height.
Click to expand...

I interpreted This doc where it said Raised Height to be the lift. Maybe I read that wrong.

ThomasMore66 said:
View attachment 1608583
I interpreted This doc where it said Raised Height to be the lift. Maybe I read that wrong.
Click to expand...


F%$# if I know, that's why I was asking. I have had nothing but good things to say about Dobinsons products so far, but their catalogue just doesn't do it for me. Thankfully they have some knowledgeable folks in @David Otero and @crikeymike . I just hate bothering them with all of my questions.

half k cruiser said:
F%$# if I know, that's why I was asking. I have had nothing but good things to say about Dobinsons products so far, but their catalogue just doesn't do it for me. Thankfully they have some knowledgeable folks in @David Otero and @crikeymike . I just hate bothering them with all of my questions.
Click to expand...

GWNugget posted up all our coil specs in his comprehensive coil post. But free height on a variable rate coil isn't very useful information due to the variable spring rate.

I just replaced my OEM 235k front springs. Before and after.
Went with the Dobinson Stock height set. 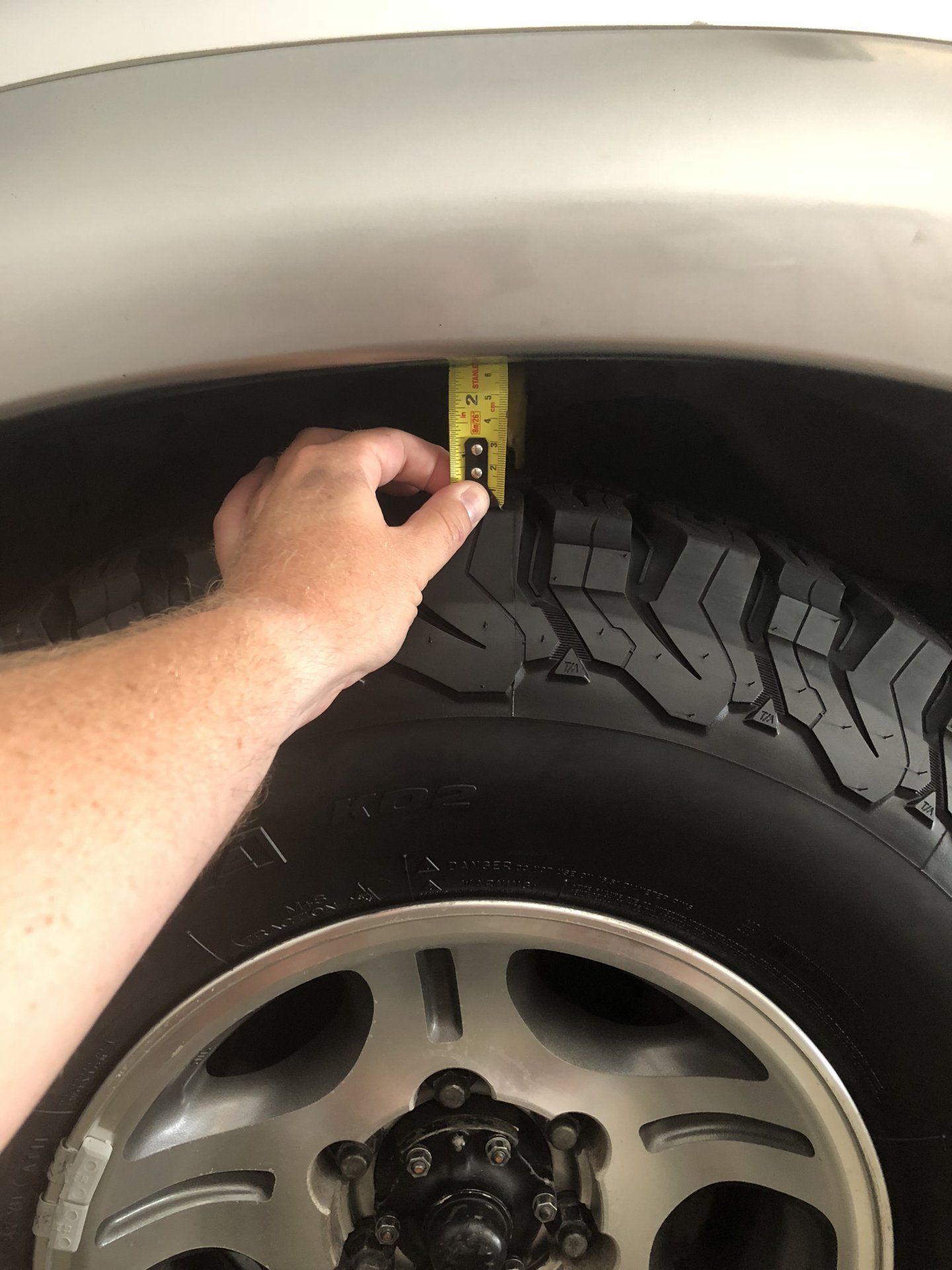 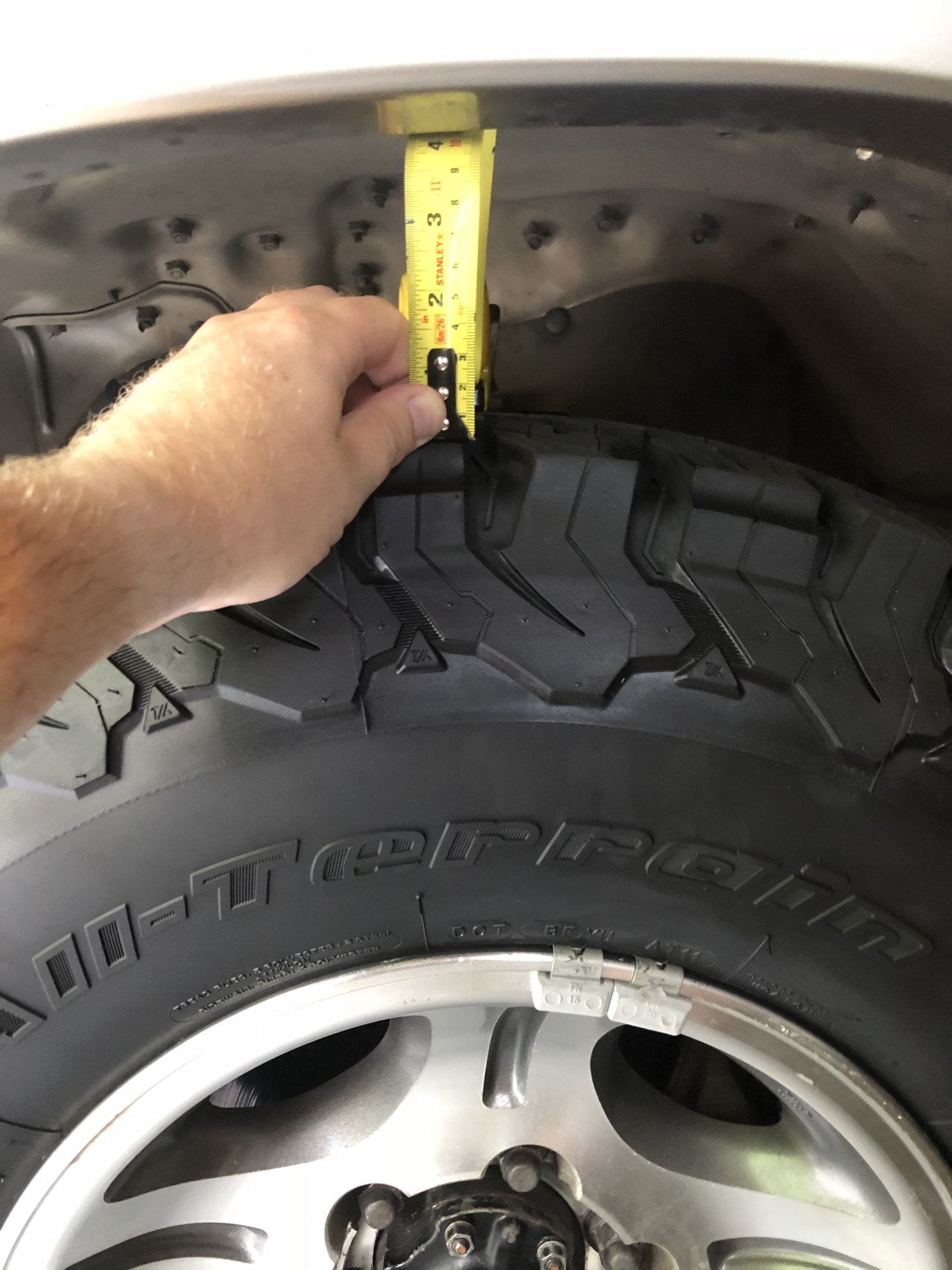 BFG 285/75 with a Dobinson Stock height spring swap out. Front only- still stock in the back. 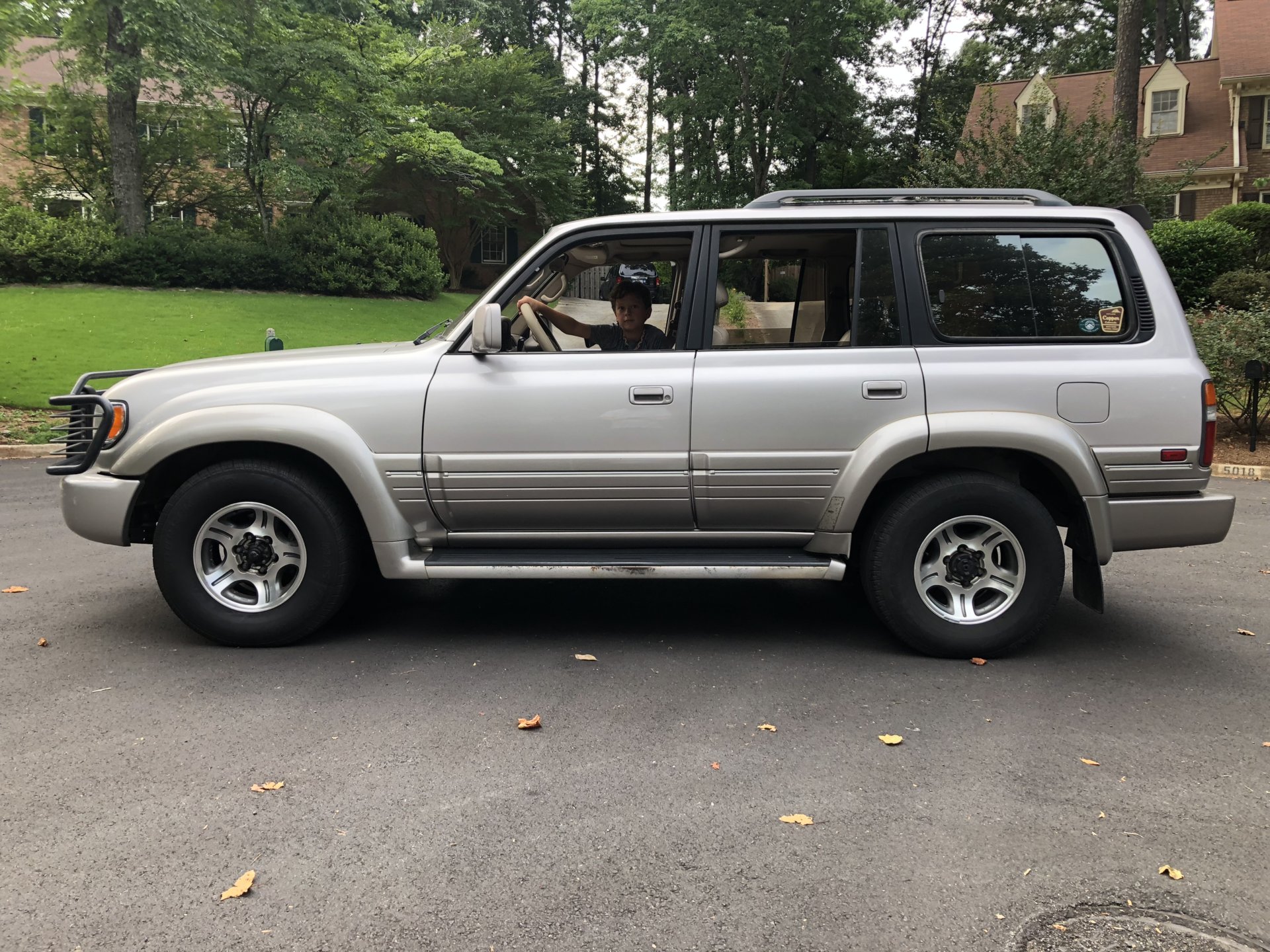 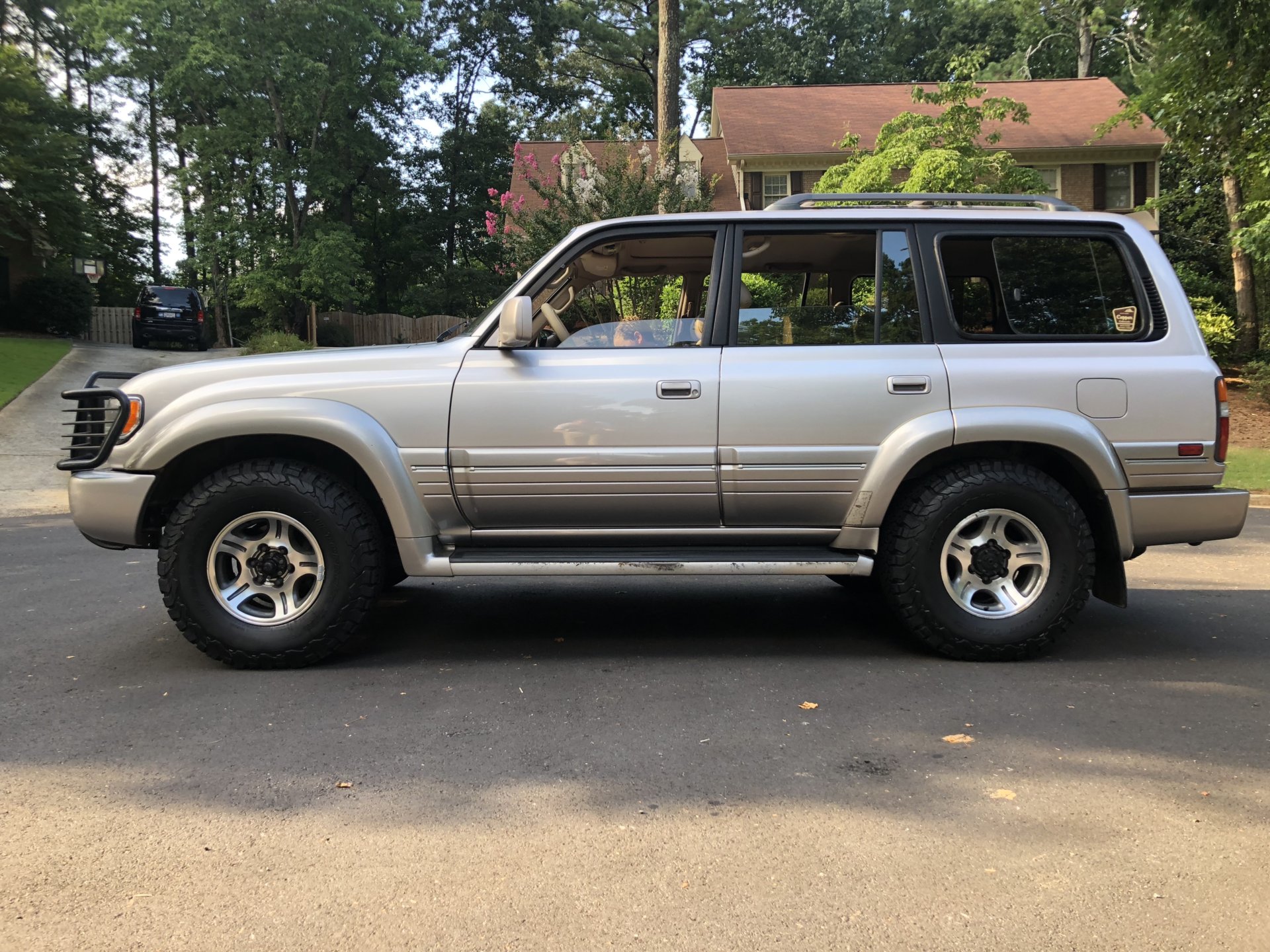 BFG 285/75 with a Dobinson Stock height spring swap out. Front only- still stock in the back.
Click to expand...


Can you briefly describe the ride quality difference?

I put new OME stock height replacement springs and new OEM Tokiko shocks in. Difference was way less wallowing around on the highway. Firmer ride over bumps and potholes, not uncomfy firm, better. A little more confidence in the turns and about 1 inch of 'lift'. The OEM springs I took out had over 350,000 miles, shocks had ?.

Can anybody comment on actual height after installing the 40/45 mm combo of Dobs coils? Want to land just over stock and after settling these coils should be right in there right?

My other option is stock height with spacers. I don’t want to mess with castor and seems like if you don’t raise it over 1.5” should be good.

Interesting to read in the suspension forum that there was an OEM lift: 25mm front and 45mm back. Also debating on going all OEM (shocks/coils)with spacers all around and airbags in the rear for trips/towing. Comments appreciated on benefit over OEM springs in stock height also.
You must log in or register to reply here.

Backorder Dobinsons, another brand, or mix/match?
2