Perhaps this thread may end up being a useful landing for talking about Teseven tubs. I've recently received mine and will try to document a bit about the process and what I received. Note that I'm currently engulfed in flames with my actual paying job ... so I'm not promising significant progress with applying this tub to my '79 anytime soon.

Over the year of talking on and off with Teseven about my order, I've gotten the impression that they've gone thru some front office staff changes and were/are perhaps involved in some certification with Toyota regarding becoming a classic build supplier. The last individual I interfaced with (Lena) seemed to be solidly helpful for solving final issues. The major issue I had was that I ordered the wrong tub and this was spotted late in the game as I had specified a square fuel door but the tub I ordered never had a square fuel door in a toyota factory build. They spotted the issue....got in touch with me and handled the change....giving me the correct tub configuration. Bottom line though....I'd highly suggest that you really study that order form because it can be confusing. They are able to configure a base tub in a number of ways by building upon a common platform....so that selection can be somewhat confusing.

After getting the tub built it was put on a ship in barcelona and made it over here in about 3 weeks. As a recipient of an import like this ... you will have to get an import broker to clear customs for you and from there you just pick it up at a warehouse somewhere off-site of the port itself. This whole process is pretty simple and being a personal importer (as opposed to a business) was no impediment.

So what about the tub I got? Well...first of all ...you need to see the crate it came in. I've had vehicles themselves that aren't built as good as the
crate this came in. It looks pretty bullet proof for shipment. Its also a bear to deal with due to its size and weight (~500 lbs). I finally got it off my trailer yesterday by building a boom on my front end loader....lifting each end up onto rollers that I had in the shop...and then slowly rolling it off with a couple of helpers. 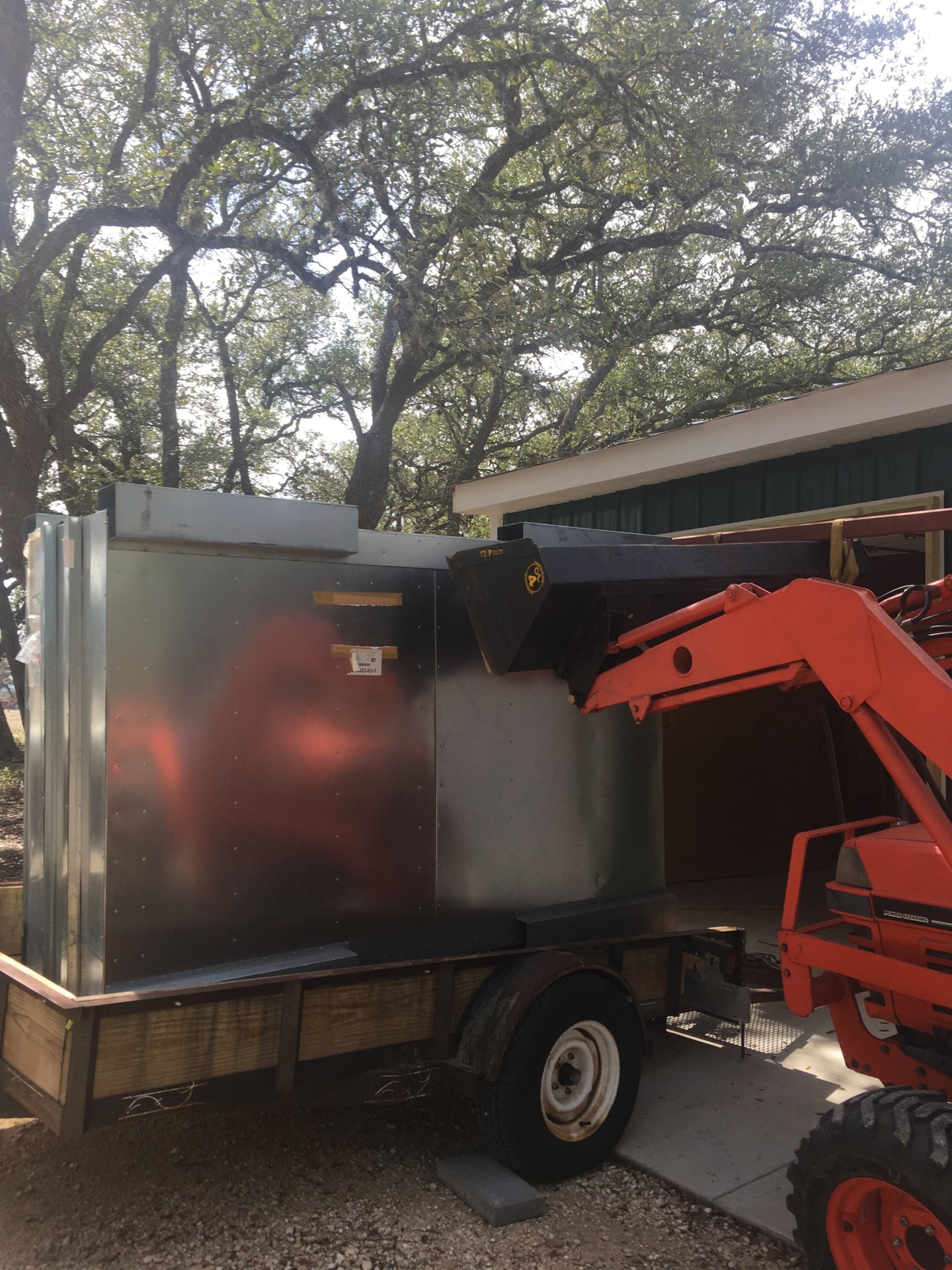 So....now to take a look inside. Here are various pictures after pulling off one side of the crate 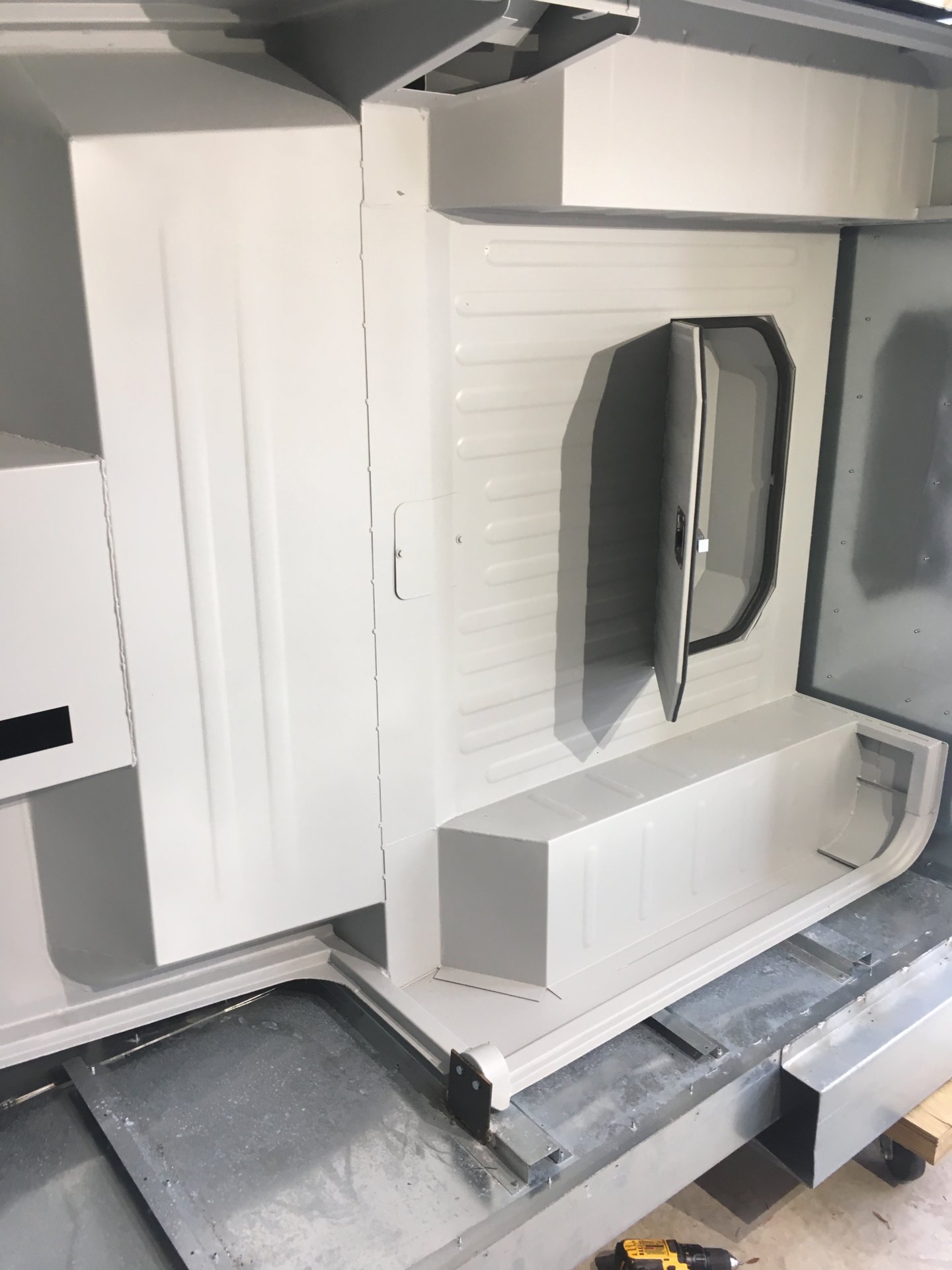 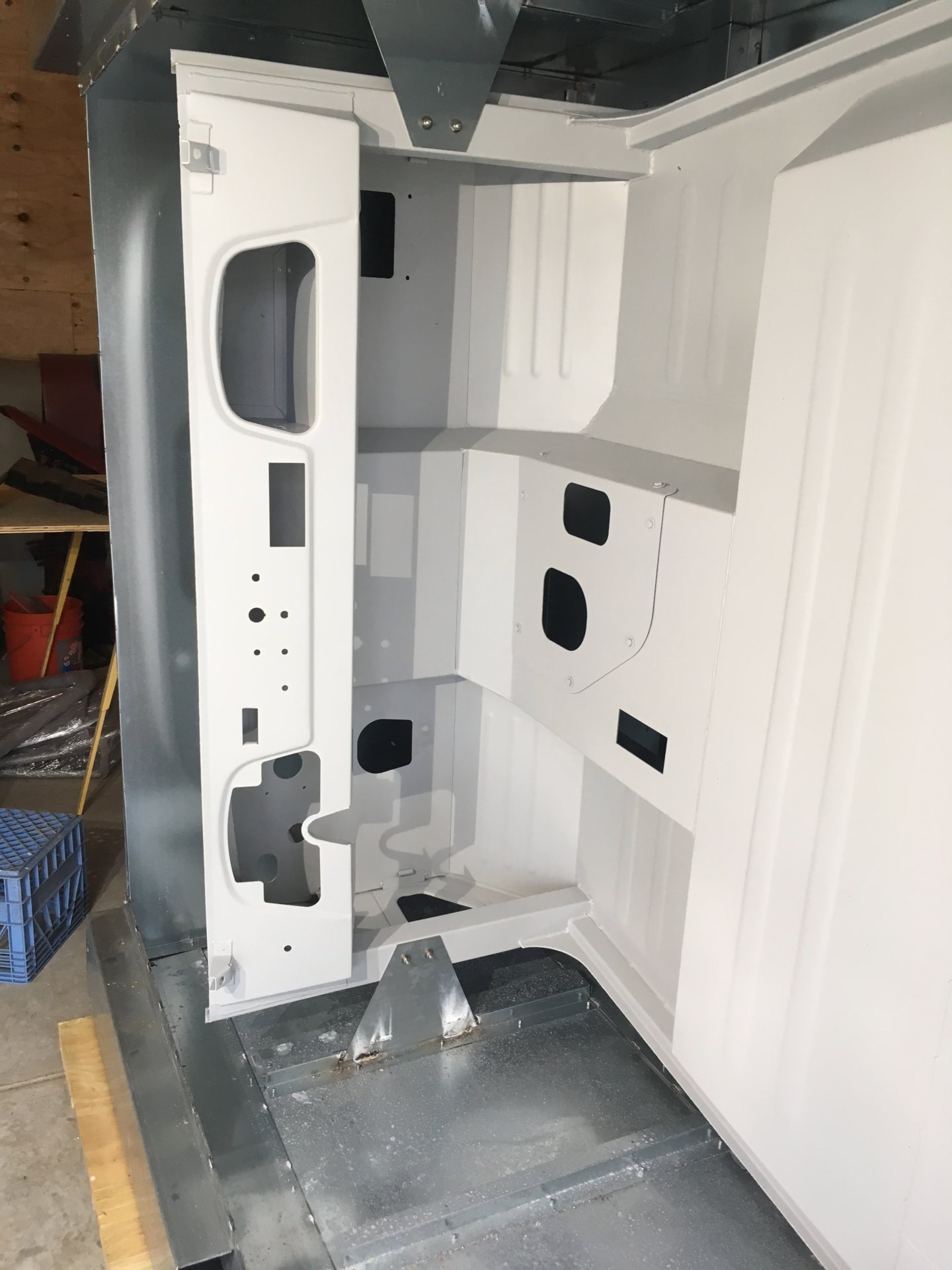 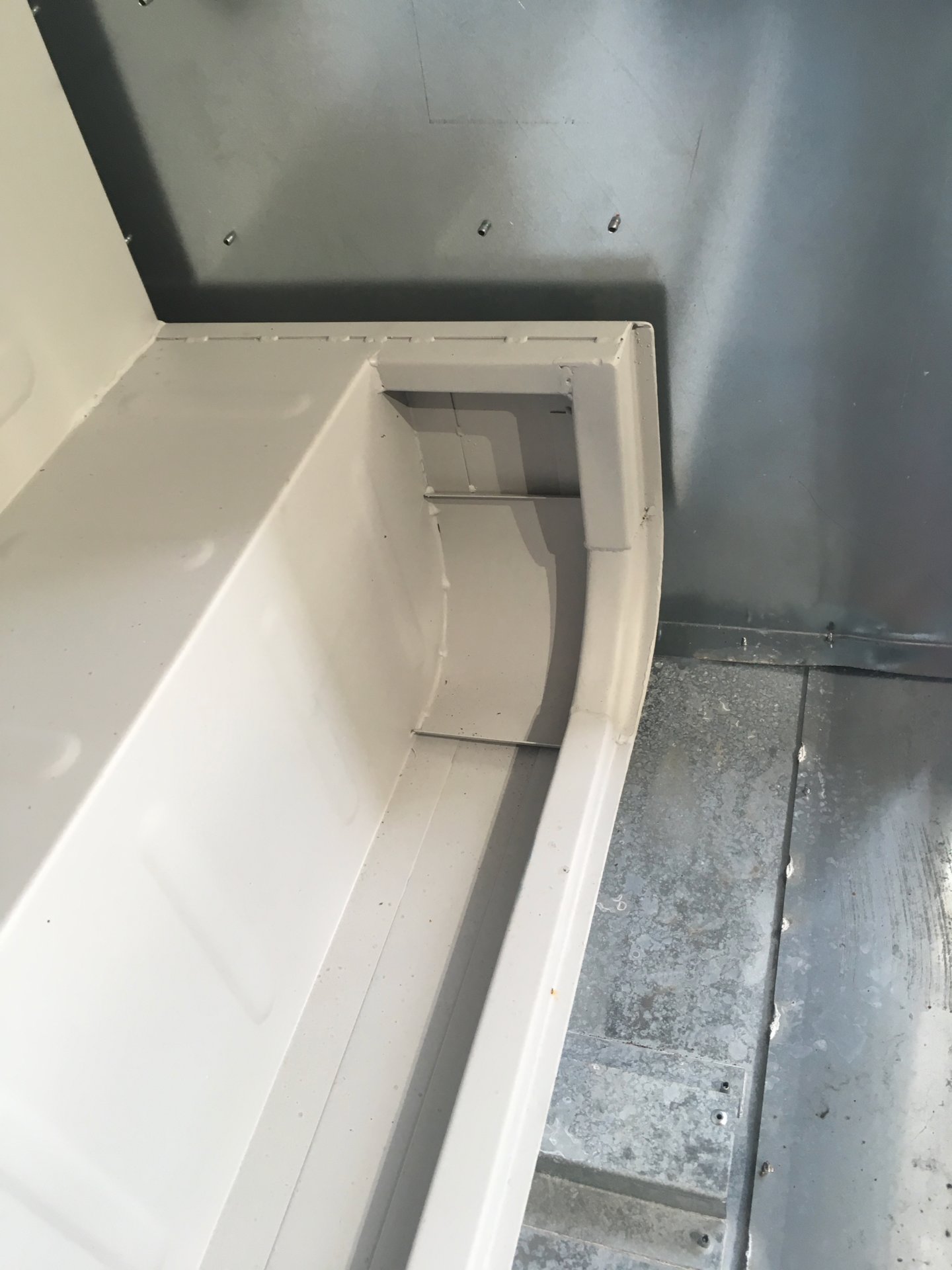 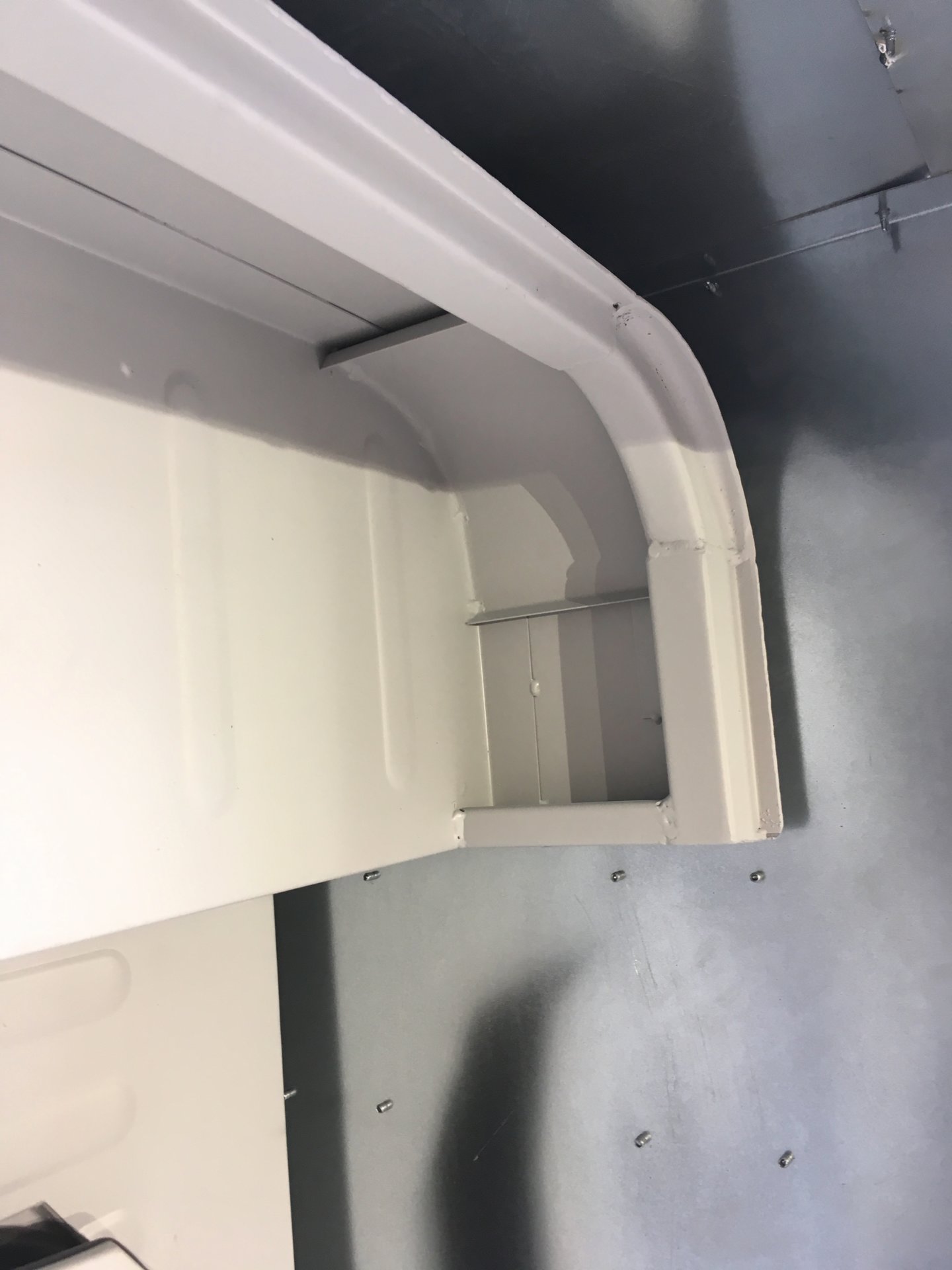 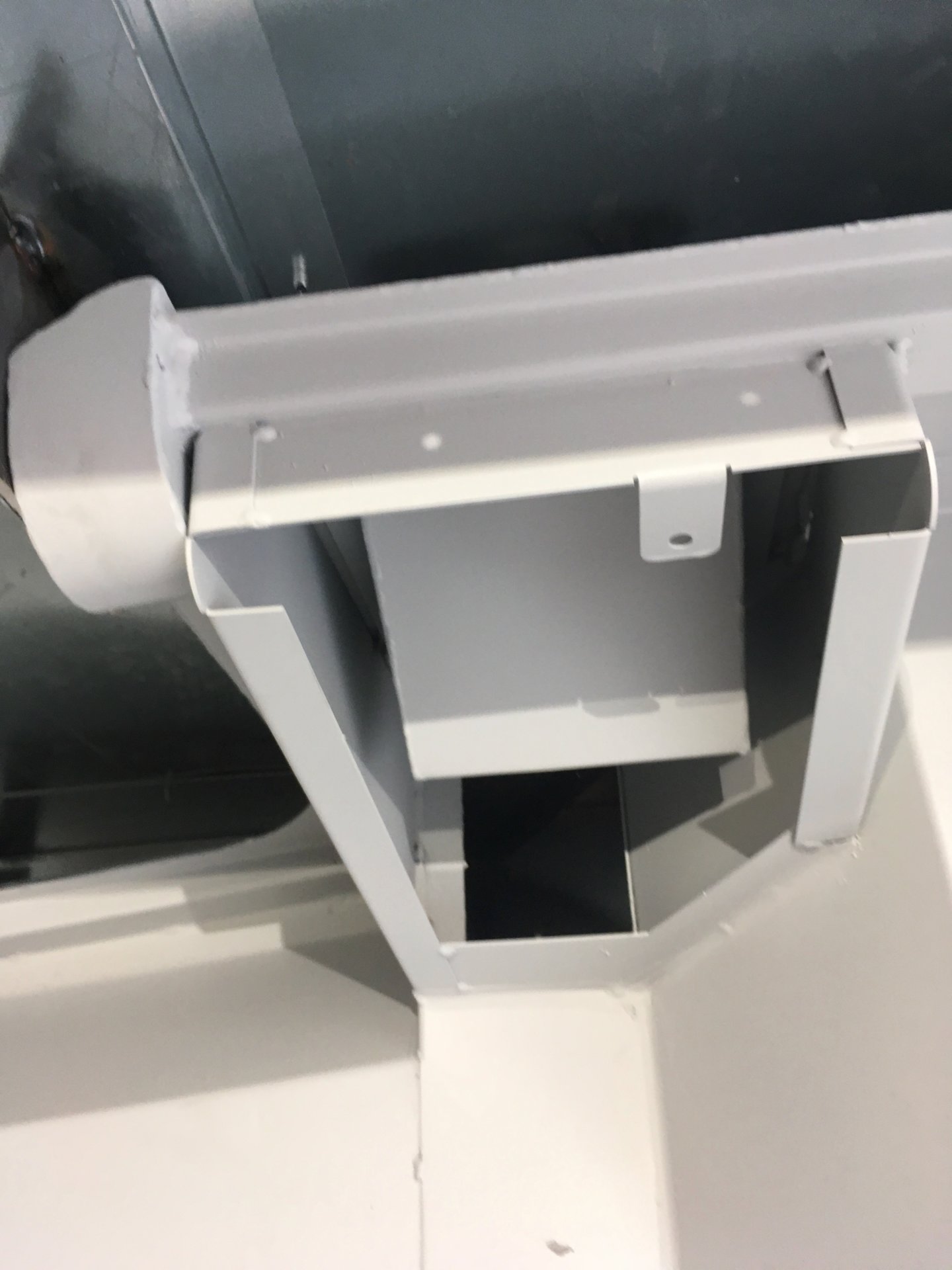 So you'll notice things we already knew about these tubs... They aren't complete for the hardtop given that the pillar does not have the center hole for the quarter panel post and none of the screw holes are present for the attaching the quarter panel itself. We've talked about this in other threads ...and I expect to use something like nutserts.

Additionally you'll notice its not set up for the seats. There are missing posts on the riser area where the seats mount and the center is also missing. In the rear there seems to be good reinforcement for attaching the tire carrier...but of course the mounting is not present.

Now ....instead of carping about whats missing...I'll gladly state it looks like a stellar build. Every joint butts up nice and the welding looks top rate. They gave me a shot of primer that looks good and complete. I will start measuring within the week to see how close it matches up to my stock tub.....and I'll also try and figure out how I'm going to get it the rest of the way out of this crate.

I believe I am also only 1 of 5 people who got teseven tubs in this round...so there may be others out there with better progress on examination.

Finally Teseven told me this was the last of the stainless steel tubs. They are going to only carbon steel beyond this point.

Here is my 1/2 tub: Teseven tubs-anyone have experience with them?

I have not installed it yet, I’m just finishing the front 1/2 to match this. The mounting is made a little different way to the B-pillars, which could cut off if needed. 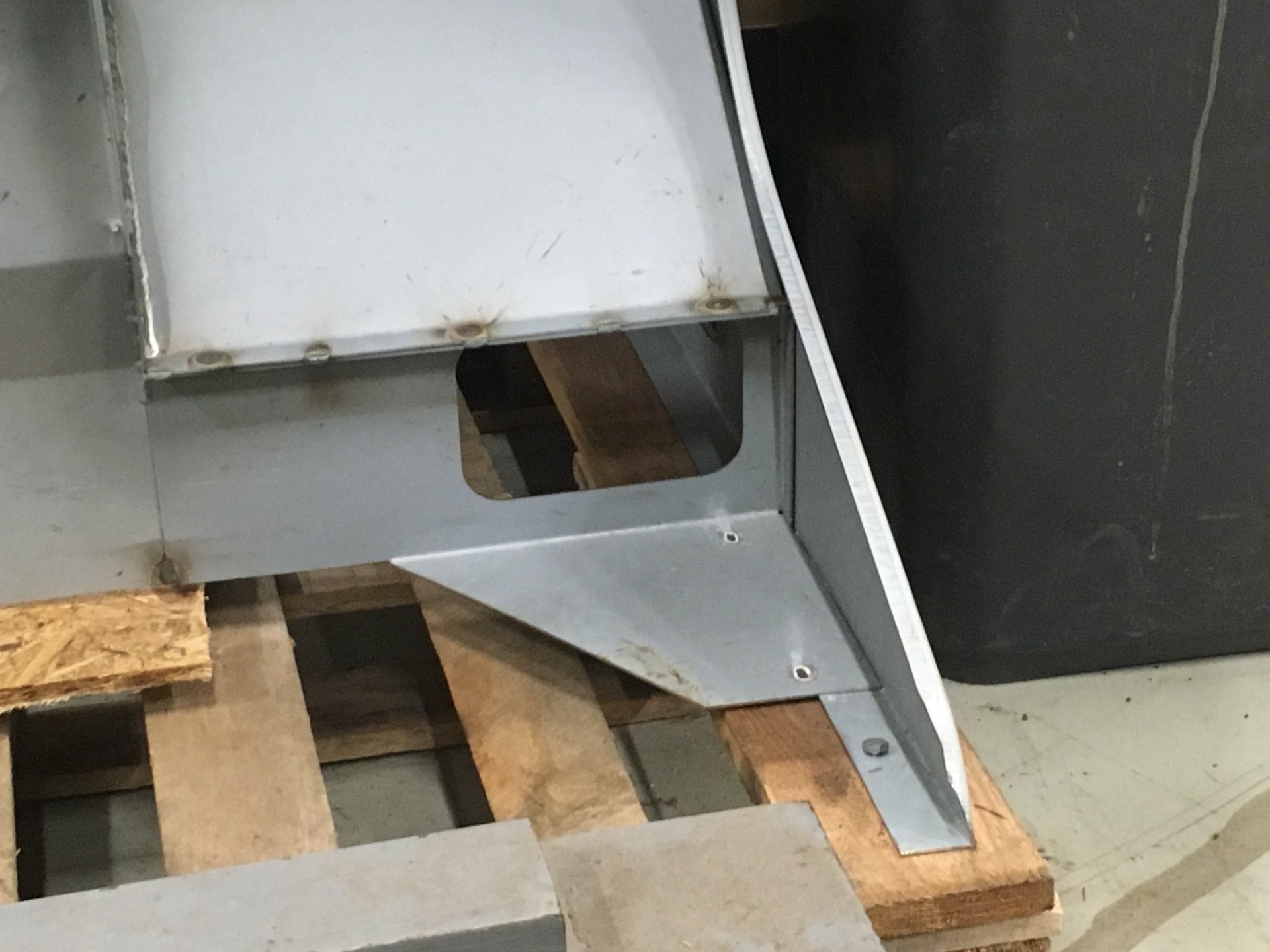 But I like this, just grind and weld B-pillars flat and you have solid mounting and easier go get it straight.

I think I’ll replace the spot weldings (to the front 1/2 tub) by M6 bolts, then I can take it off in parts in the future if needed.

wimberosa said:
So....now to take a look inside. Here are various pictures after pulling off one side of the crate

Really nice piece!! Good luck with the install. Keep the pics coming during your progress.

You'll definitely be the envy of us all when we are left to look at the rot holes in our resto projects years from now.

How much did shipping cost?

After the purchase and shipping costs, what do you feel is the advantage of buying the stainless tub over the Aqualu? The Teseven is a close match for stock but not exact.

Since I don't have an aqualu...I really can't compare. I'd actually anticipated an
even closer match to stock with the Teseven than I got. When looking at the pics
and order form...I was thinking they were practically indistinguishable from stock.
However, now that I've seen it in person ... you'll see that the trans tunnel and
seat setup look very different. As of last year when I ordered...I really could find no
quality pics of this thing...so I was a bit blind.

Now...I'm not disappointed (yet) but have yet to plow fully into it.

Lastly my flux capacitor just doesn't work with aluminum. It only works
with stainless steel cars. I doubt I'll achieve 88 mph though.

Looks really good so far. I’d like to compare notes with you down the rd. I went aqualu tub and cowl for my 42 build. Overall very happy with the quality of the tub, very stout and the install was fairly straightforward. Painting aluminum is a special skill but that’s another story for another time.

My first choice was Teseven but i couldn’t get
them to answer an email ever! So aqualu it was. Have fun with your install your gonna have a beautiful truck when it’s done and you won’t have to worry about a rusty tub ever! As a side note I cut off the posts on my hard top because things didn’t line up at all..,

Just a distracted thought here: aluminum is a better sound and thermal conductor than steel or stainless steel.

Seems like after all the fees from having it shipped from France that the price vs a aqualu is very close. I think your probably a bit under what a aqualu would cost.

Agree on the aluminum sound and thermal conductivity...

wimberosa said:
Finally Teseven told me this was the last of the stainless steel tubs. They are going to only carbon steel beyond this point.
Click to expand...

White Stripe said:
Seems like after all the fees from having it shipped from France that the price vs a aqualu is very close. I think your probably a bit under what a aqualu would cost.
Click to expand...

Is there a reason for them ditching the SS option - and is the carbon steel significantly cheaper? I doubt I'd pay the premium of the shipping costs and all for carbon steel.

PAToyota said:
Is there a reason for them ditching the SS option - and is the carbon steel significantly cheaper? I doubt I'd pay the premium of the shipping costs and all for carbon steel.
Click to expand...

The steel tub is about 1000 bucks cheaper. Teseven also makes aluminum tubs. Teseven steel and aluminum tubs are about the same price if I recall.

They gave me no particular reason...but if you look at the website these
days...they do seem to be going thru some changes. What
was teseven.fr has now morphed to...