This thread is going to be a little different than my other threads. Specifically, I almost never buy trucks that are this nice. I ended up with this truck from @navydivedoc early last year after a slight engine noise was discovered and Steve decided he was over project trucks for a while. I had been following along with the restoration that was done by @ClemsonCruiser and instantly jumped at the chance to buy the truck. A few days later it was sitting in my barn.

I just want to say that @ClemsonCruiser builds a really nice 40/45 series. I have admired his work from afar but this is the first one I have personally owned.

The truck cranked right up off the hauler and drove really well. I have probably put a couple hundred miles on it since its been around the house. However, there are some metal shavings in the oil. That was actually a blessing in disguise because it gave me an excuse to make a few changes to the truck. It has just been sitting in my garage as @wngrog and I came up with ideas and started accumulating parts. He has been wanting to pick it up for a while now but I wanted to wait longer to ensure we were not sitting around waiting on stuff to arrive.

The usual suspects have already started on the project. Big thanks to @orangefj45 for the new transmission, transfer case and other related parts. @FJ60Cam is working on a hot rod engine with @OGBeno assisting with parts smuggling. I’m just going to let the thread play out instead of outlining all the planned changes in advance. Some of this stuff is “we will see how it works as we go.” Here are some “before” pictures. 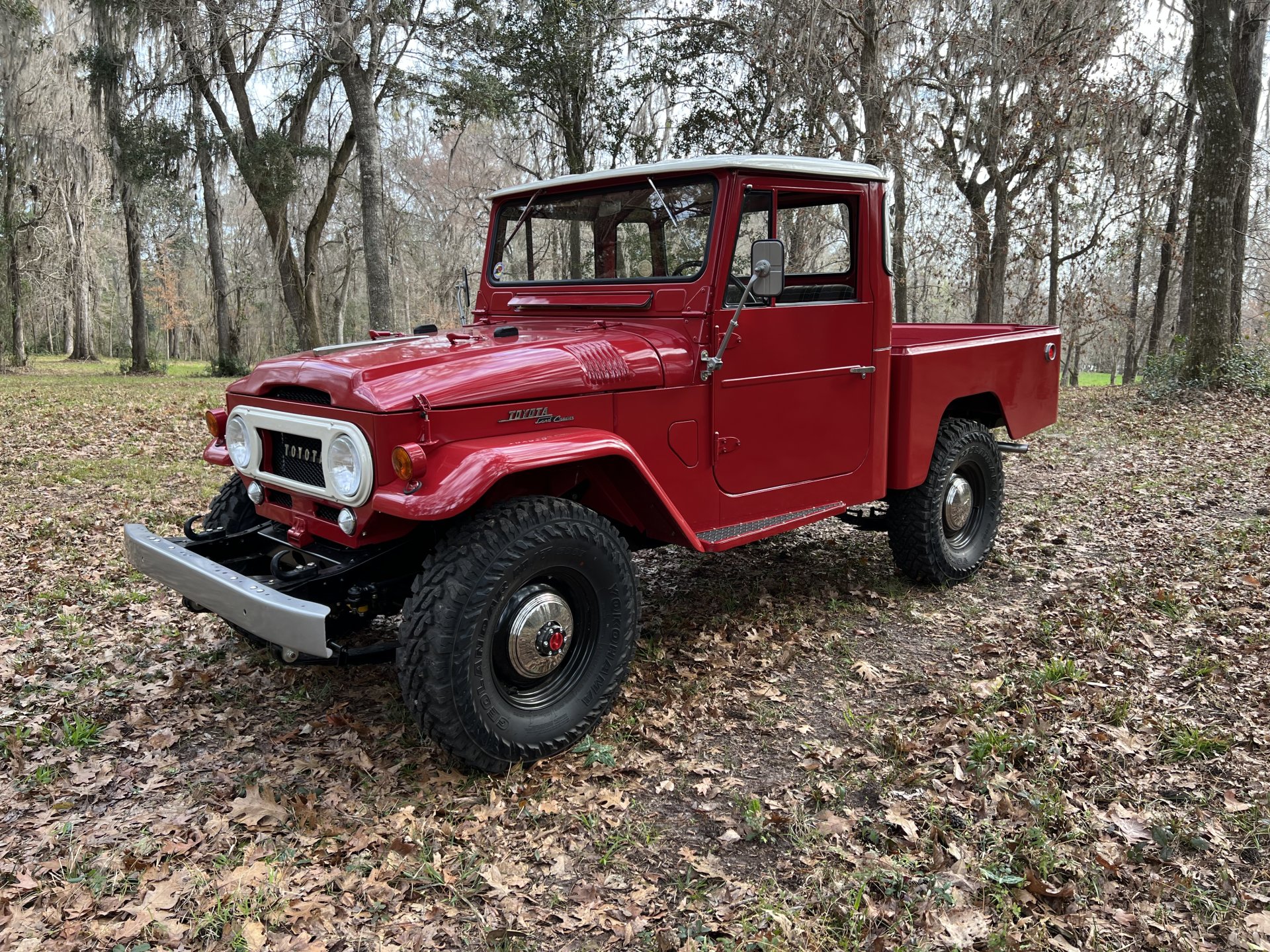 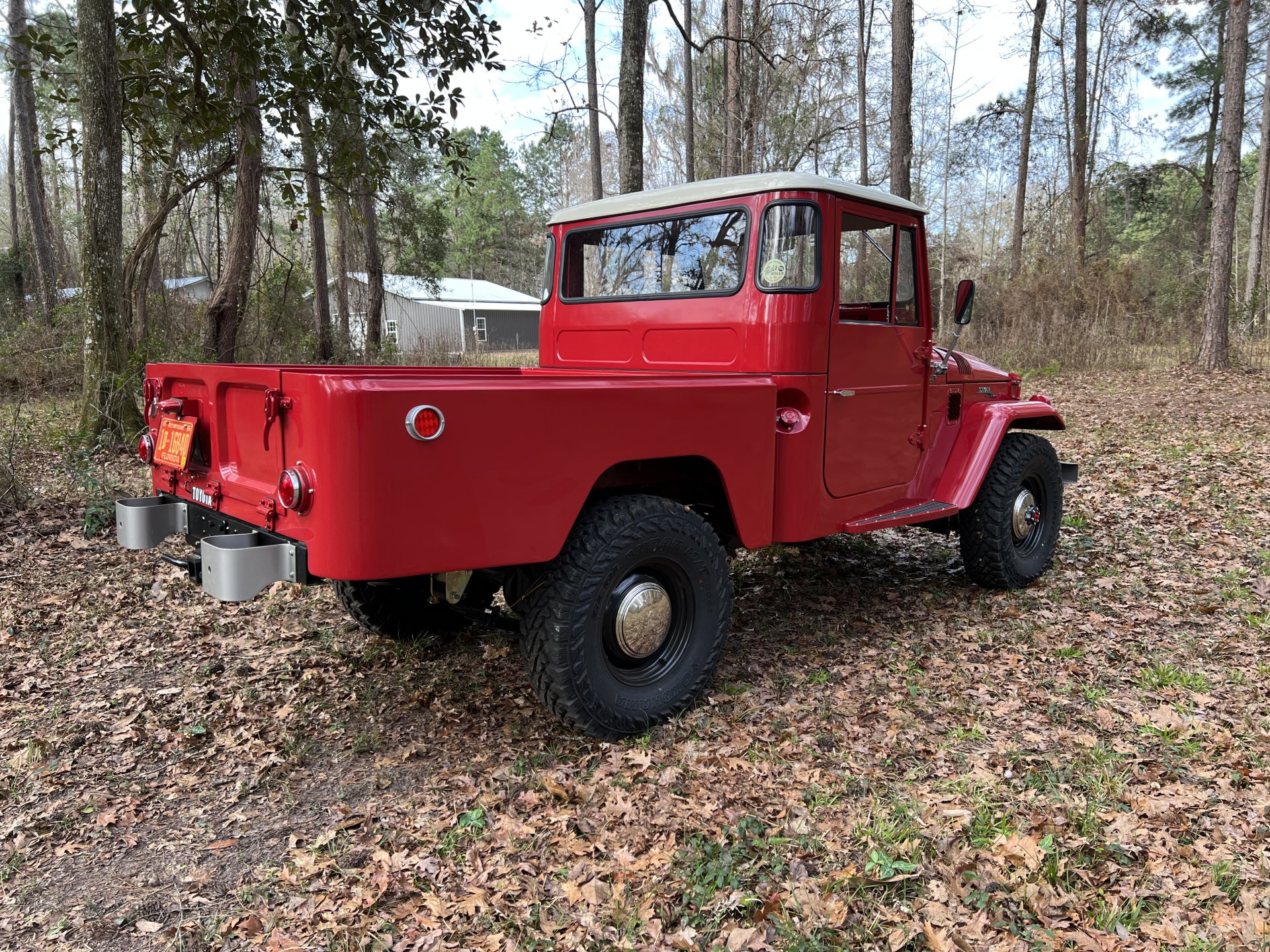 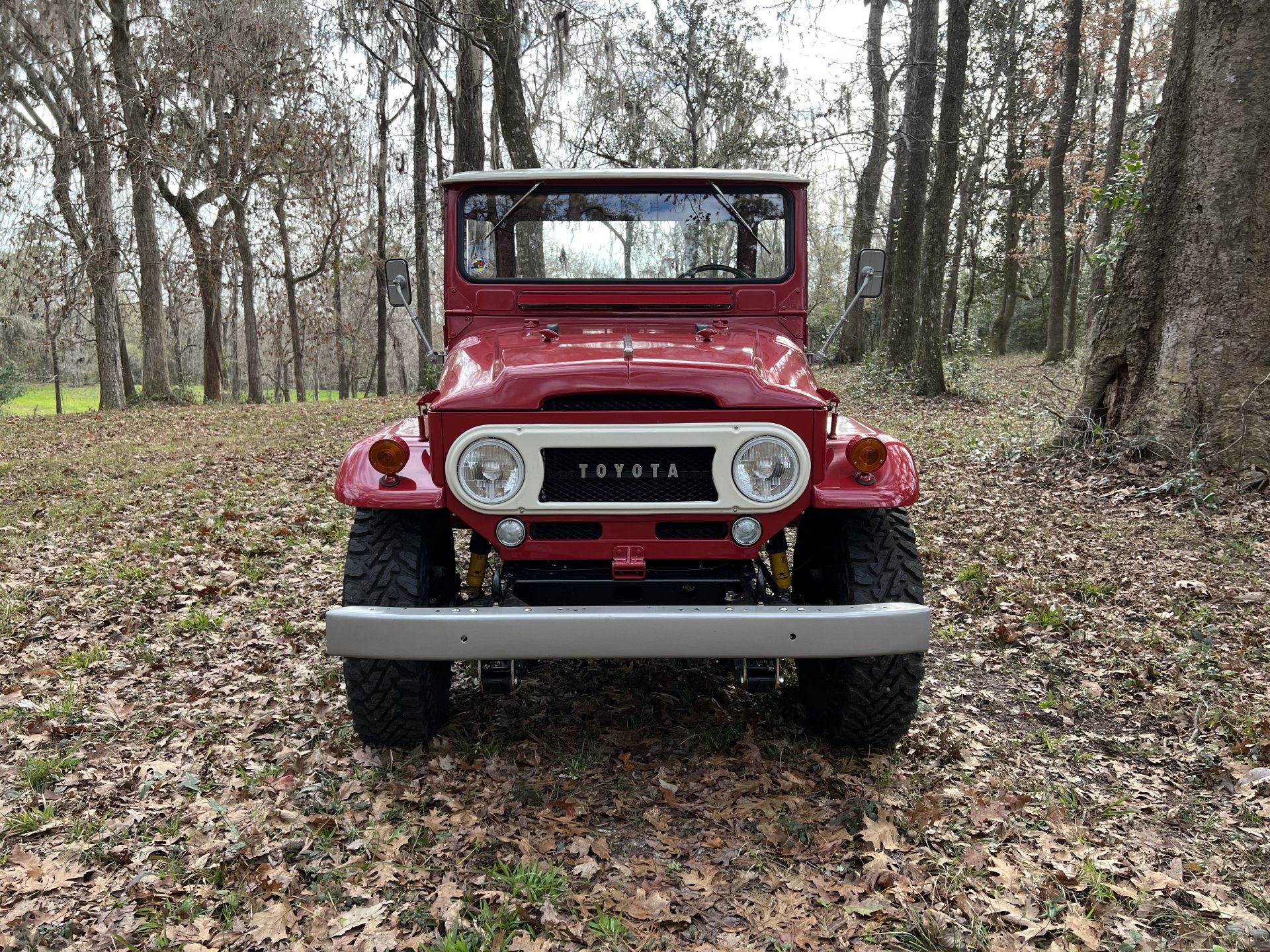 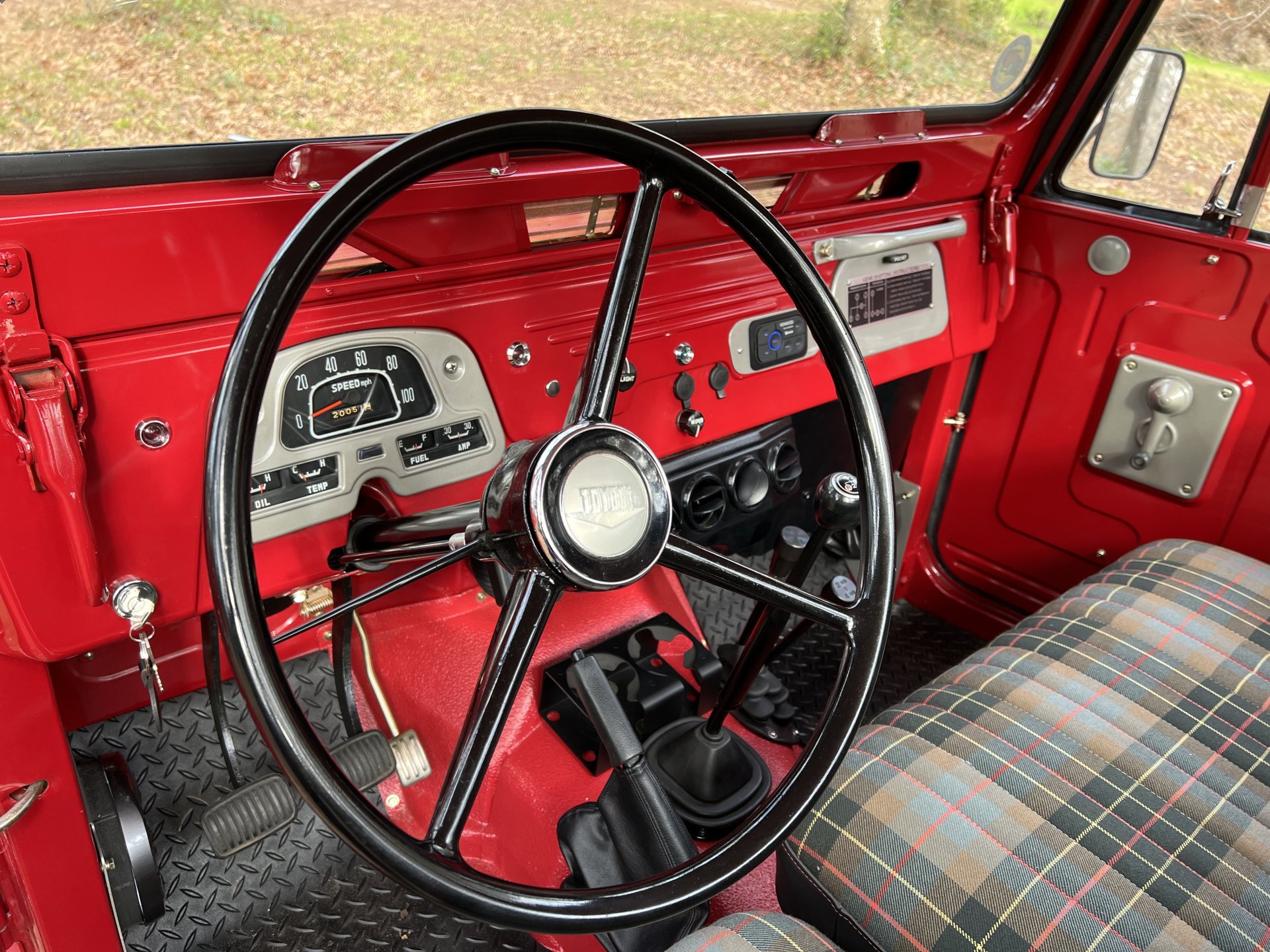 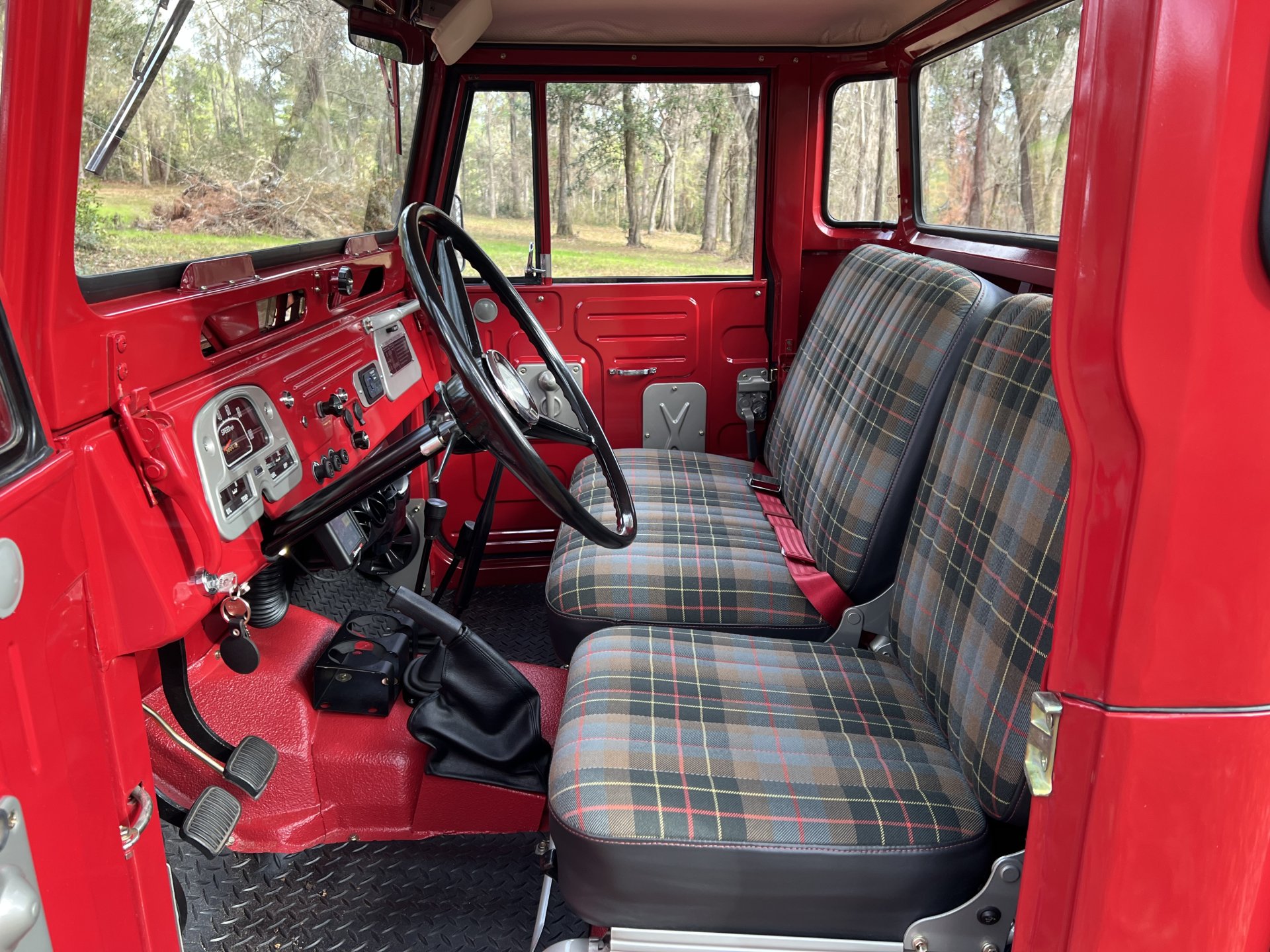 Engine and underside. The truck is really really nice. 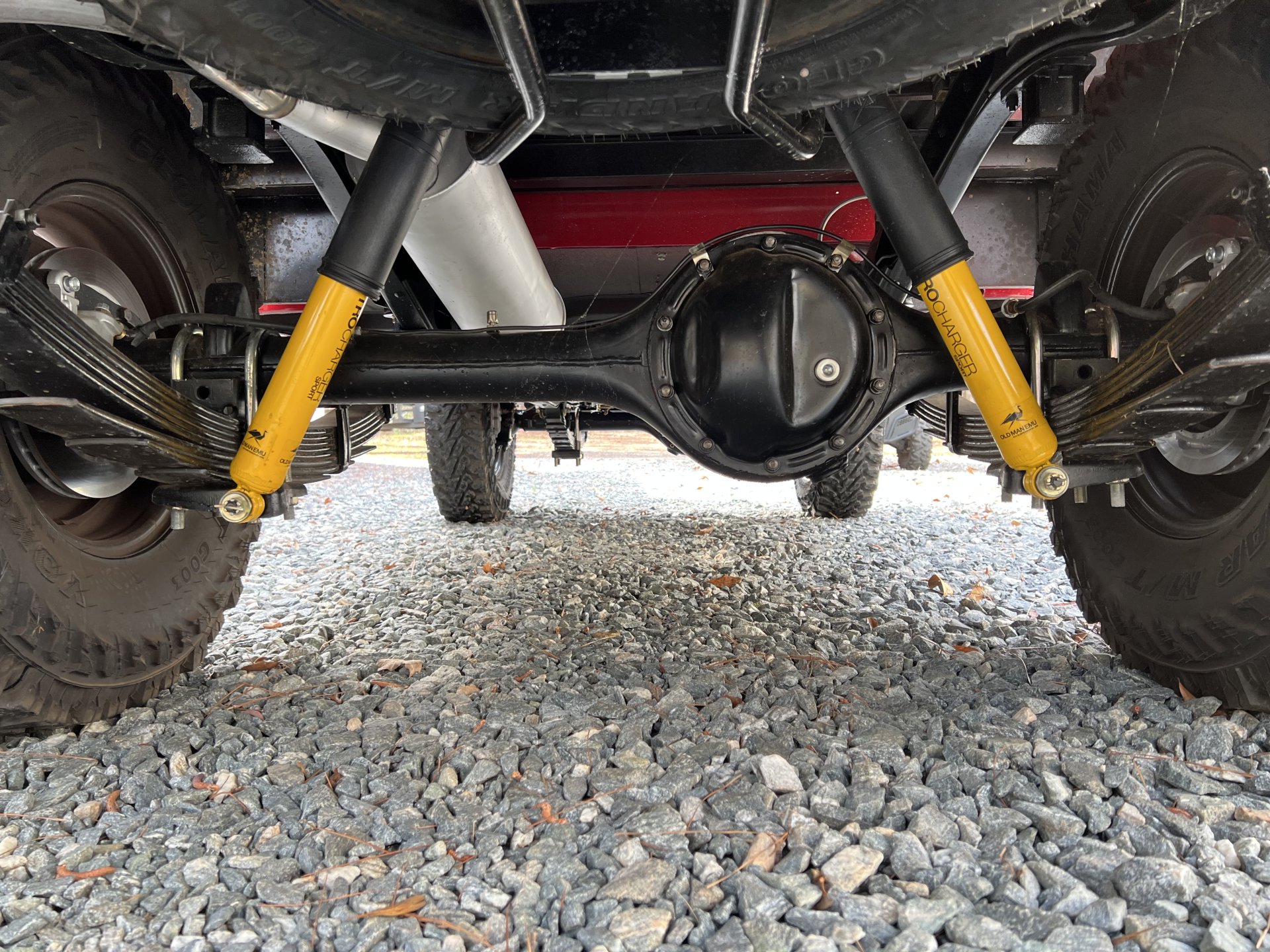 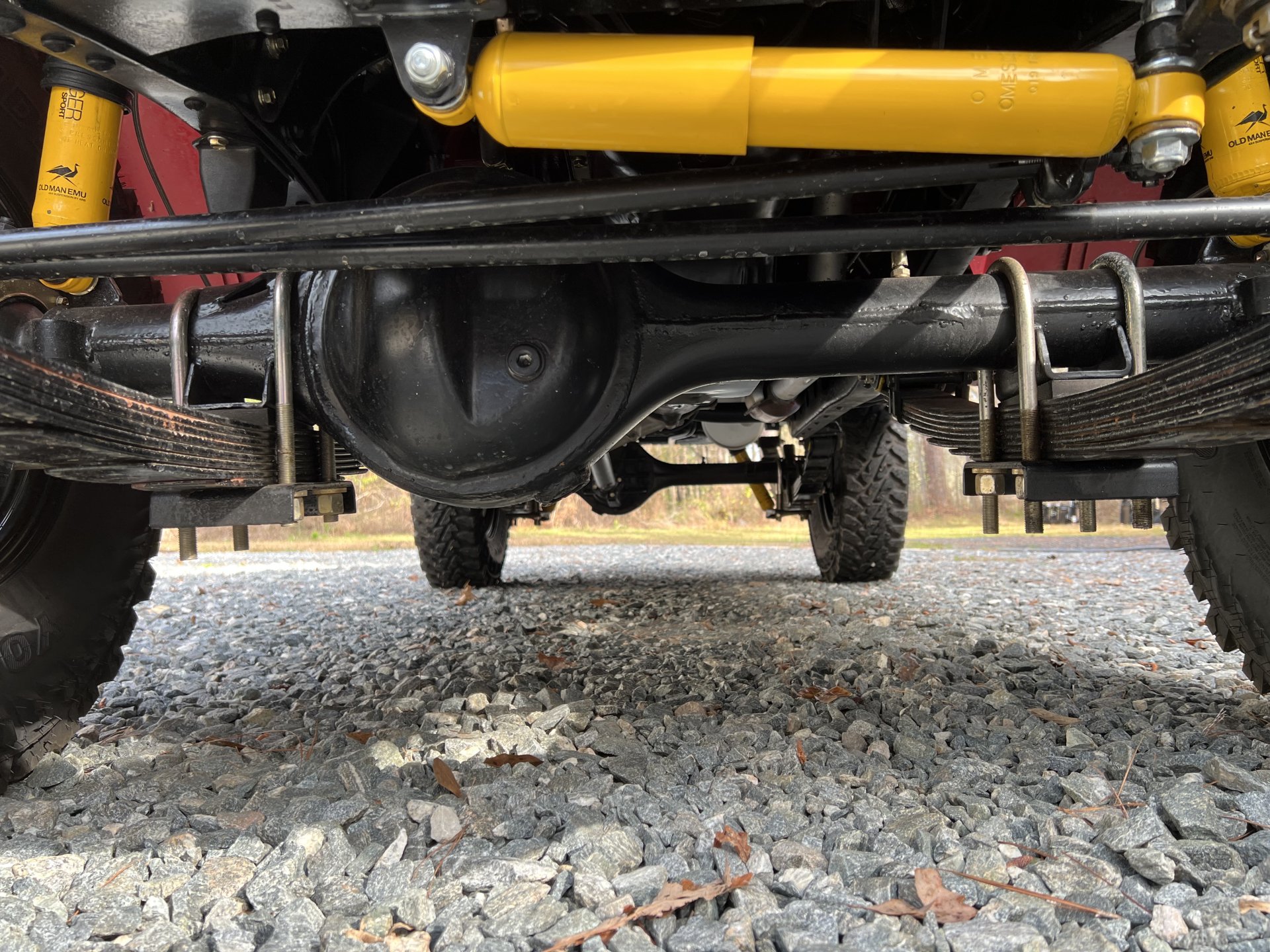 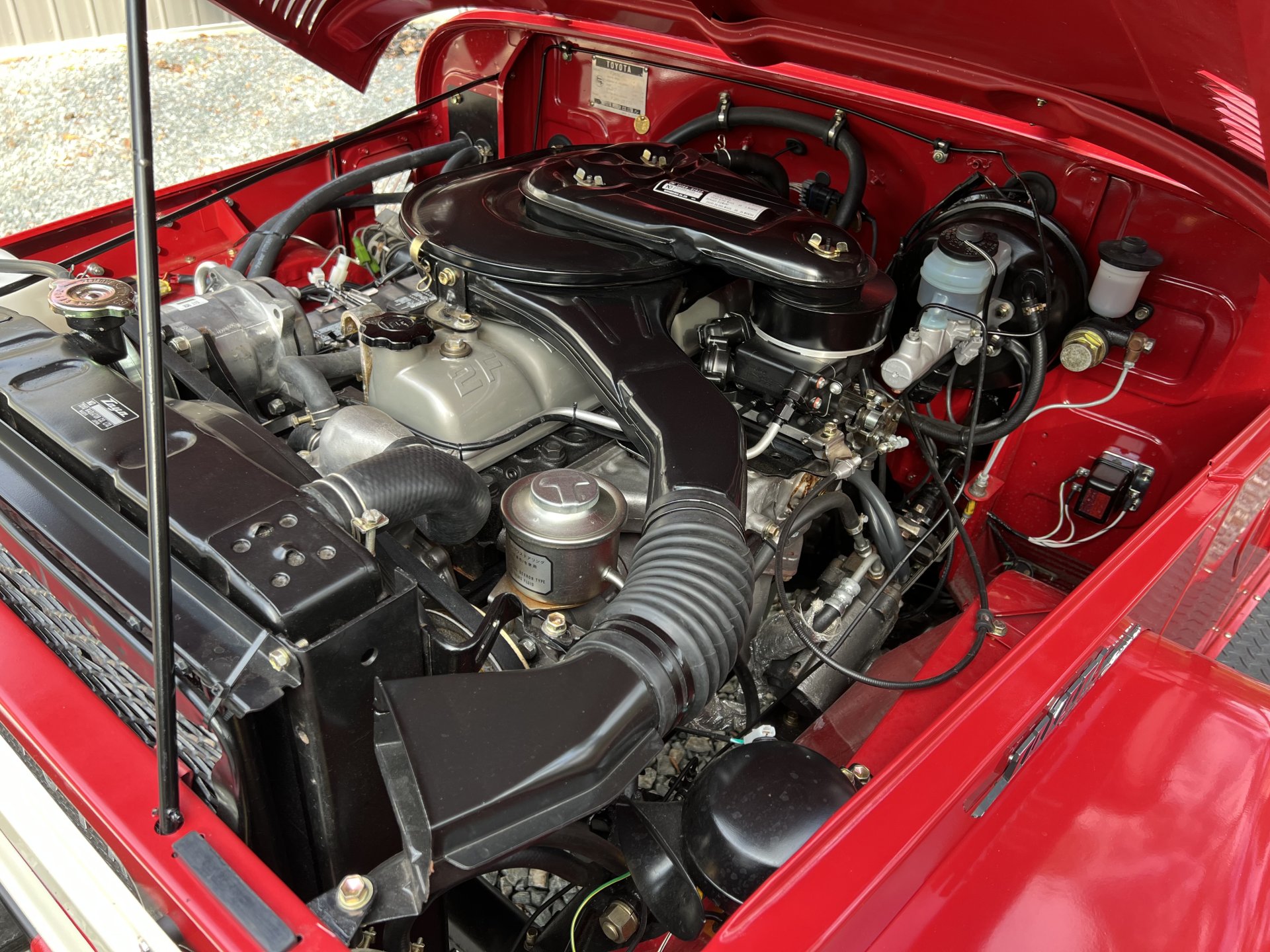 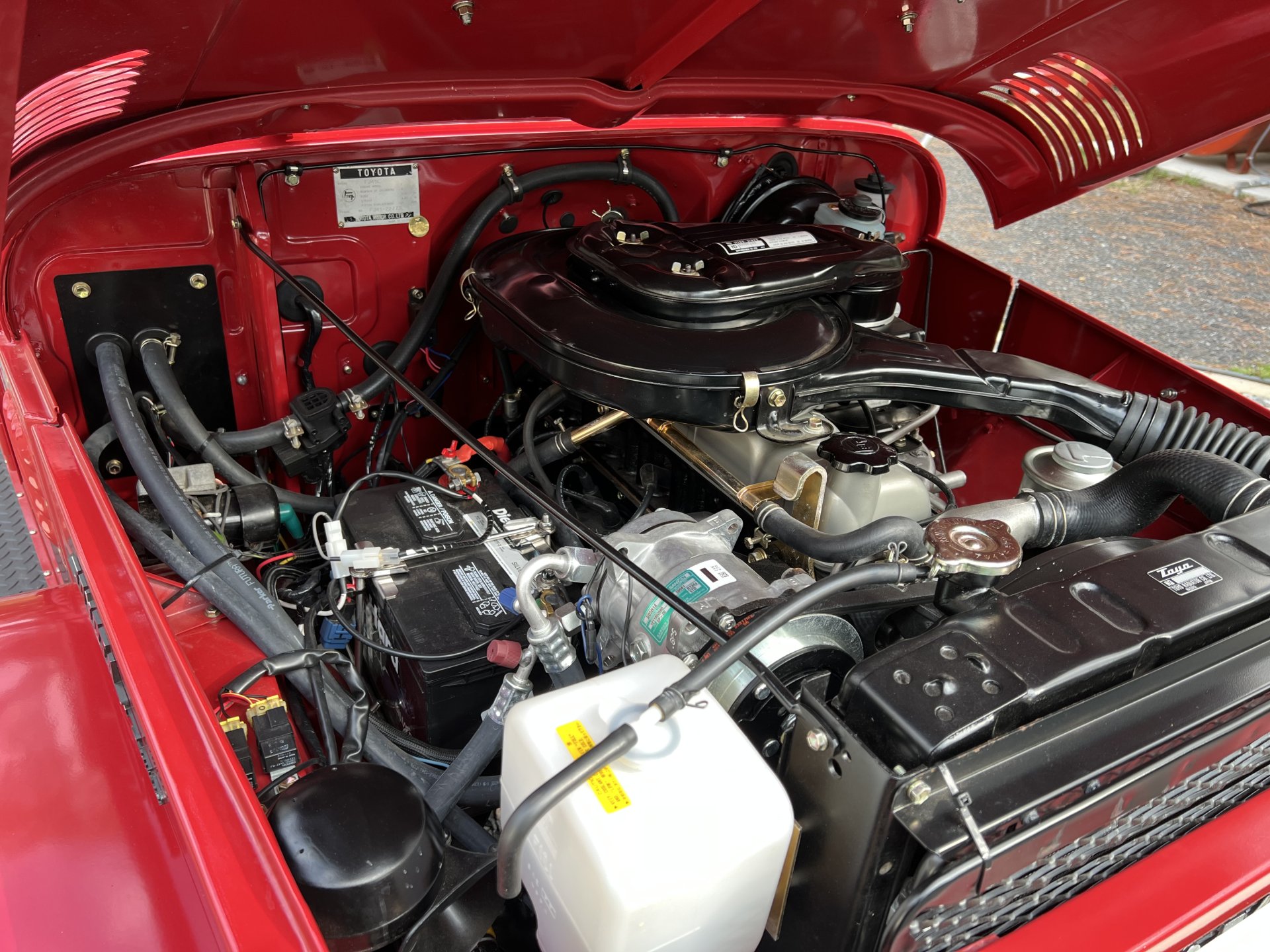 Looking forward to seeing the updates to this thread.

As always, it’s a pleasure working with you my friend!

Can’t wait to see this one!

I’m just trying to figure out how to add bubble wrap to the entire truck.

That tartan interior is mint! Reminds me of my old 911 r gruppe!

Sticking around for this one too!

The truck has some really nice details. Again, @ClemsonCruiser does fine work. 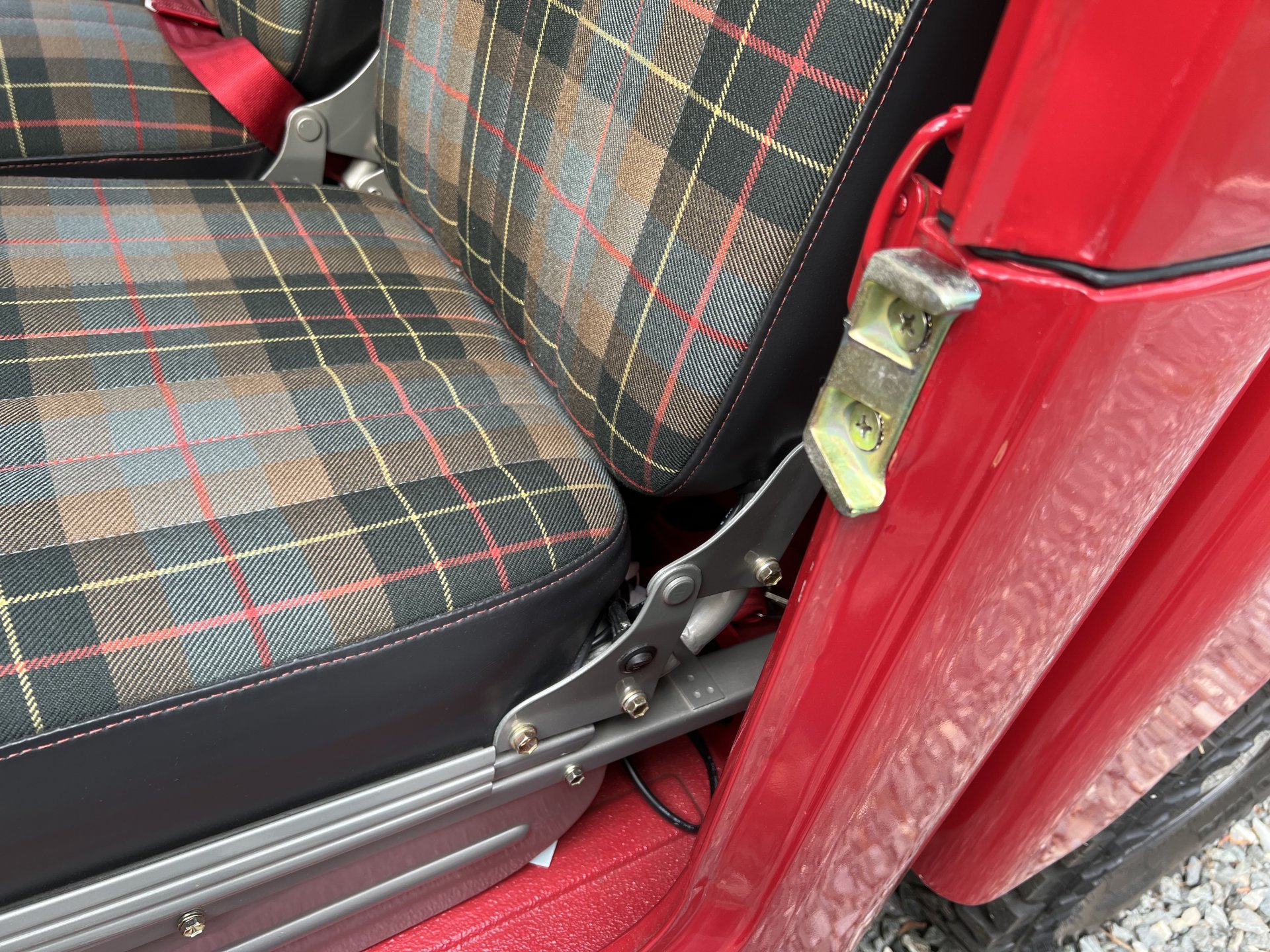 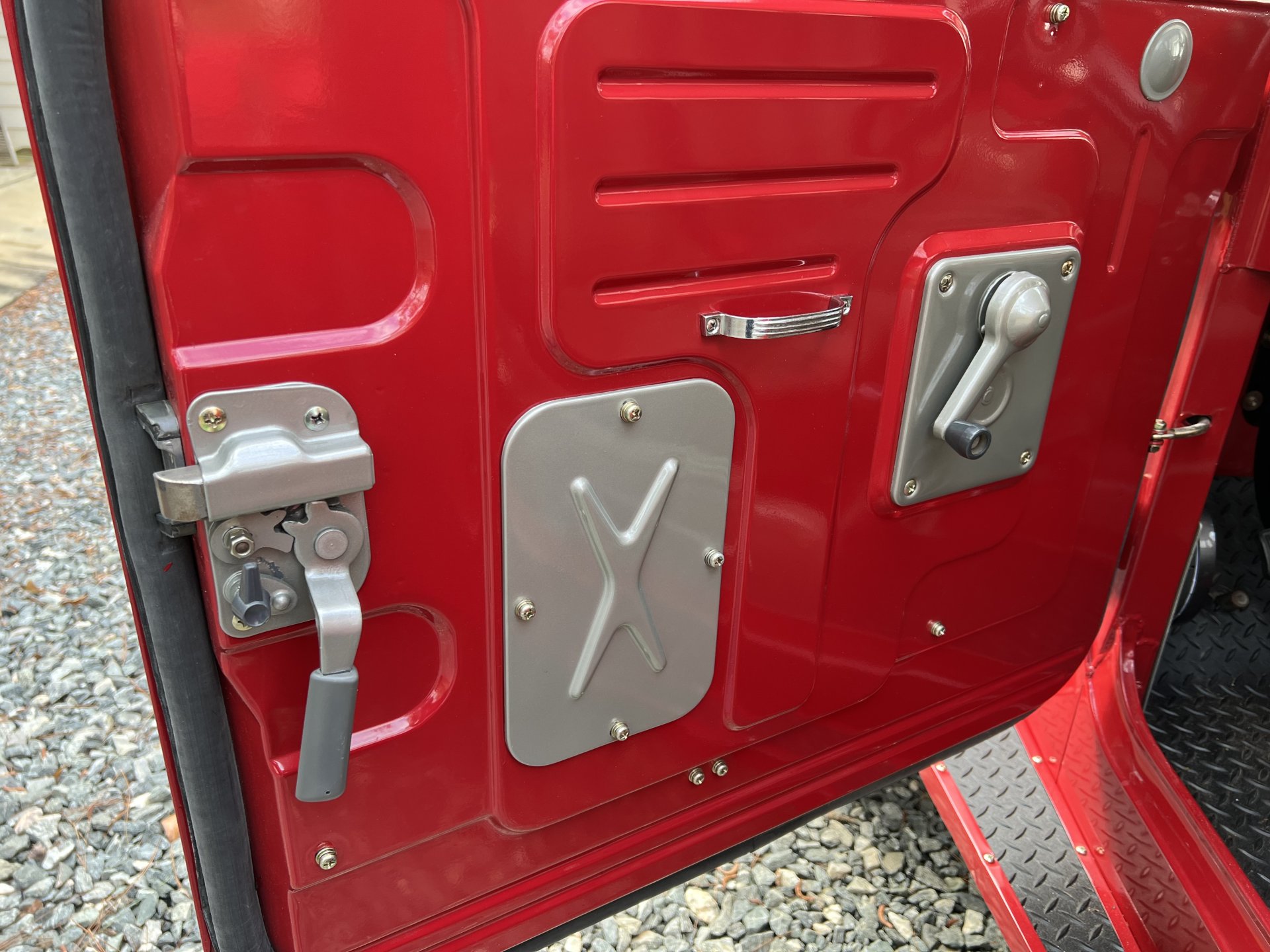 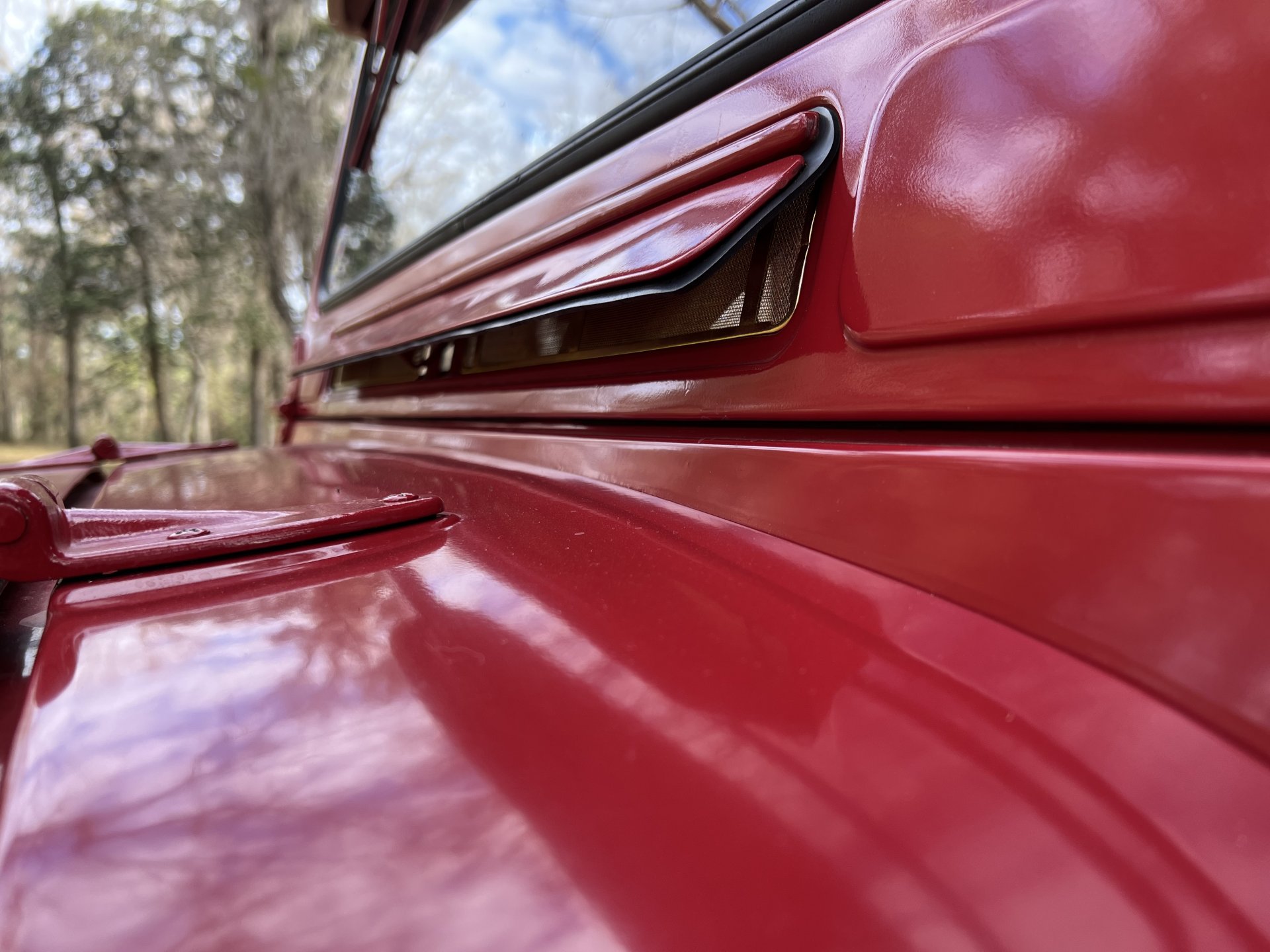 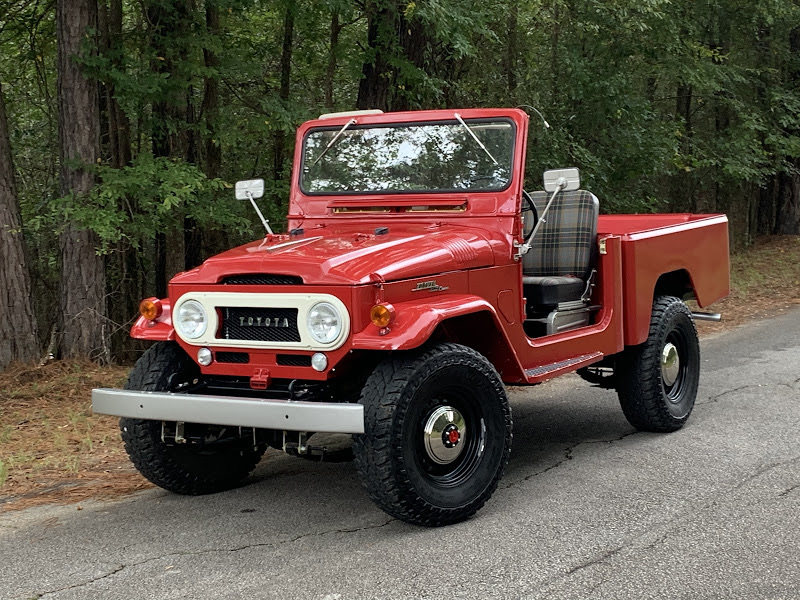 Florida also allows you to register vintage tags to match the vehicle model year (pre 1974 or so). The 1965 Florida tag was Florida “400th anniversary” and was a pretty nice shade of red. 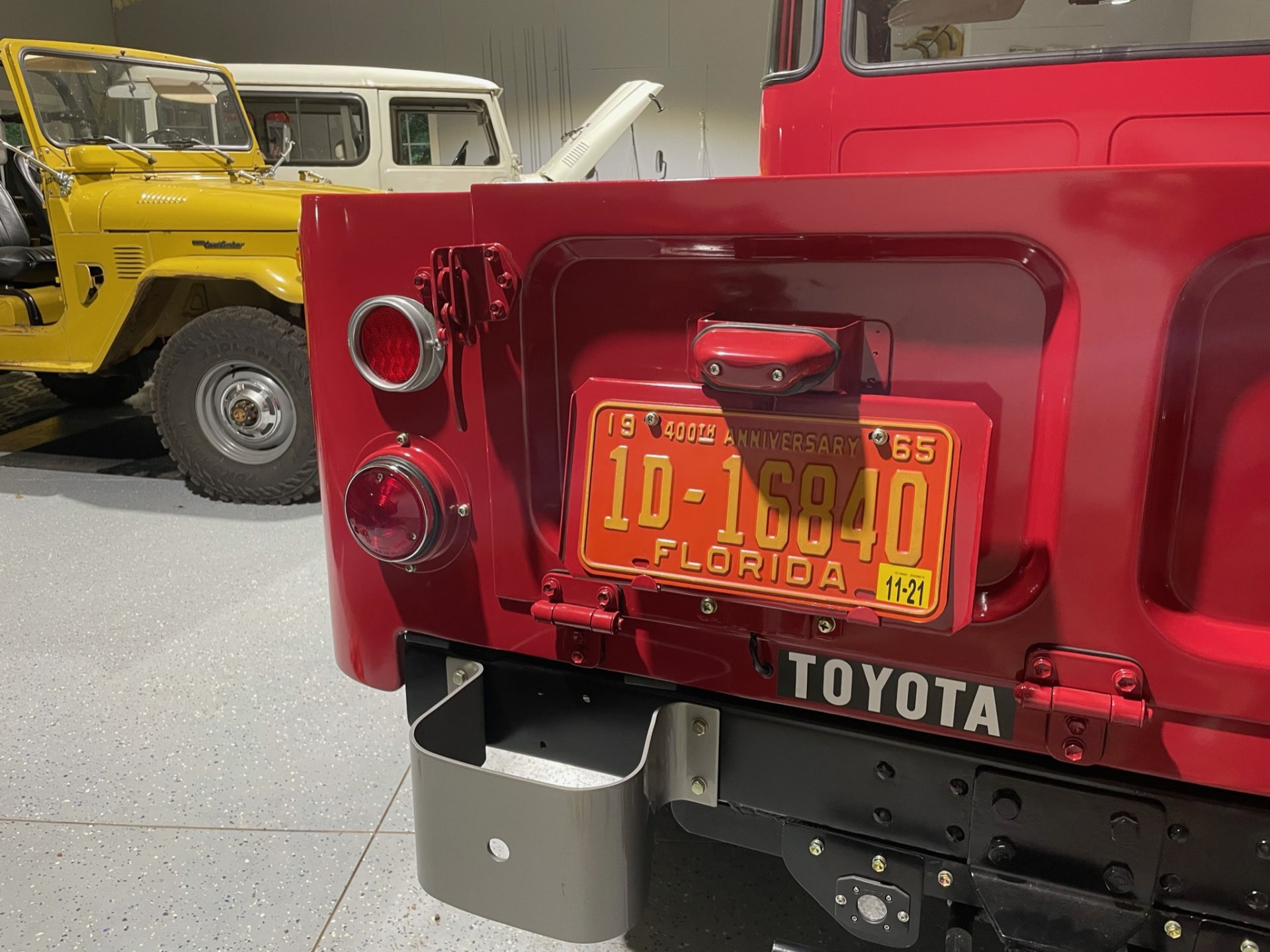 The truck is currently rocking a 2F with a Sniper, 4 speed and four wheel disc brakes. The disc brakes will stay but the rest of that is getting pulled. It has been tough for me to come up with stuff to do with this truck. It’s just so insanely nice. I’ve owned a lot of nice trucks and I’ve seen a lot of nice trucks - this one is up there with the best of them.

Too early to call dibs on the pullout?

cruisermatt said:
Too early to call dibs on the pullout?

Too slow on the draw, but I just passed a white whale towing it west on 10. 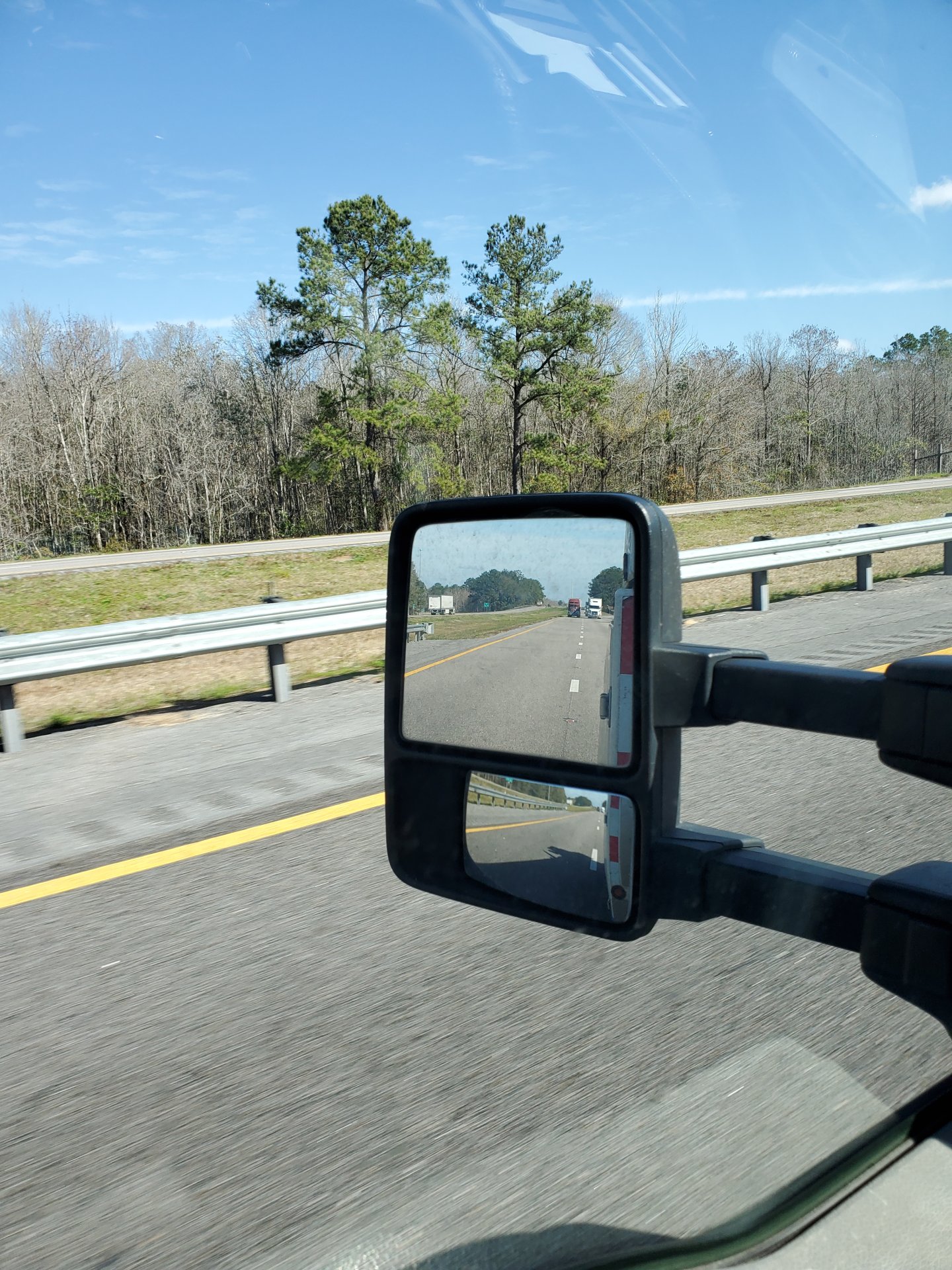 thatcabledude said:
Too slow on the draw, but I just passed a white whale towing it west on 10. 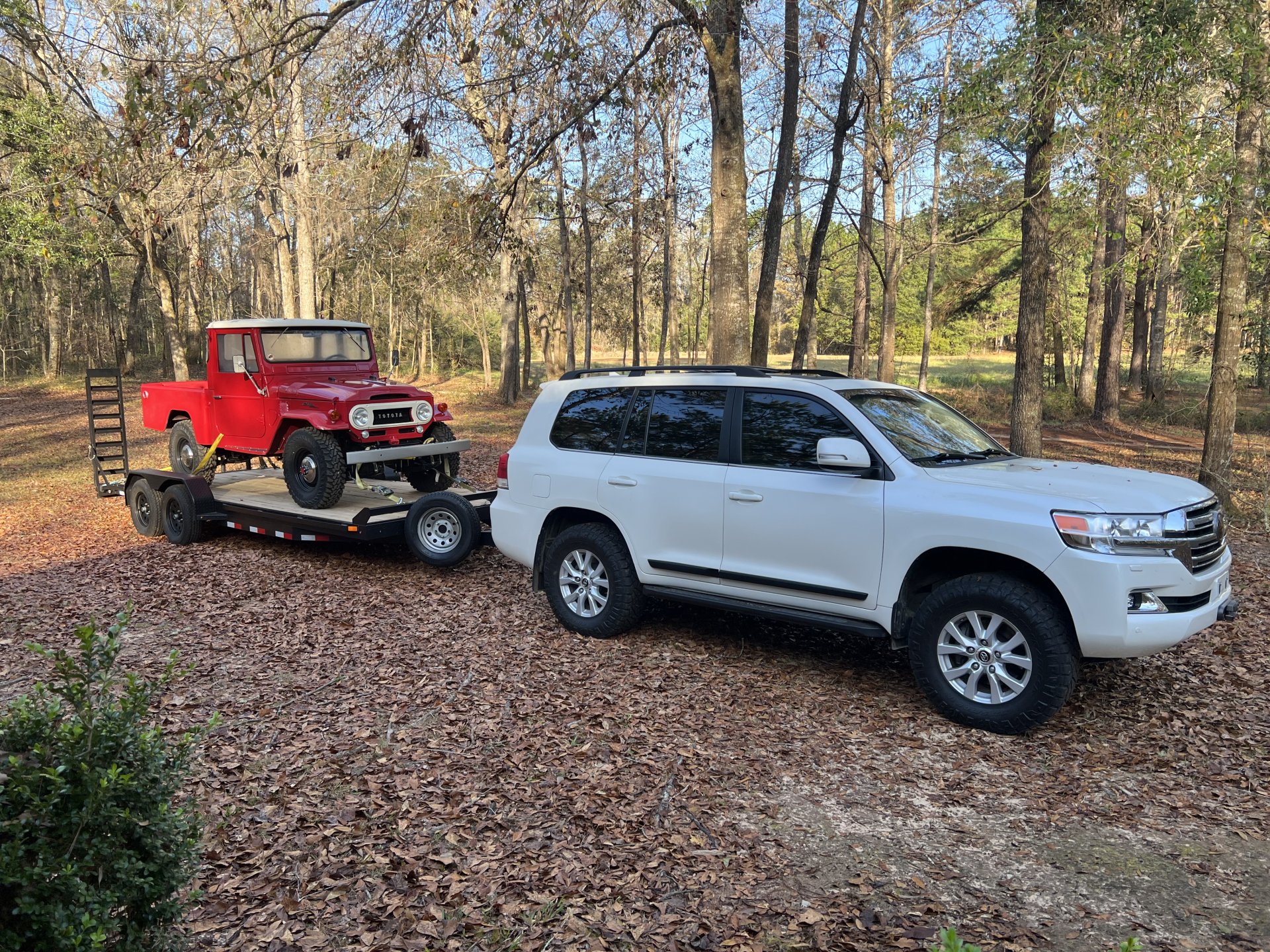 thatcabledude said:
Too slow on the draw, but I just passed a white whale towing it west on 10.

He is probably driving 90. He said he was going to be home and have the engine pulled by dinner time.

jomelo said:
He is probably driving 90. He said he was going to be home and have the engine pulled by dinner time.
Click to expand...


Will that be before or after the Fluid Film bath?

Godwin said:
Will that be before or after the Fluid Film bath?
Click to expand...


Julie loves it when I bathe in Fluid Film 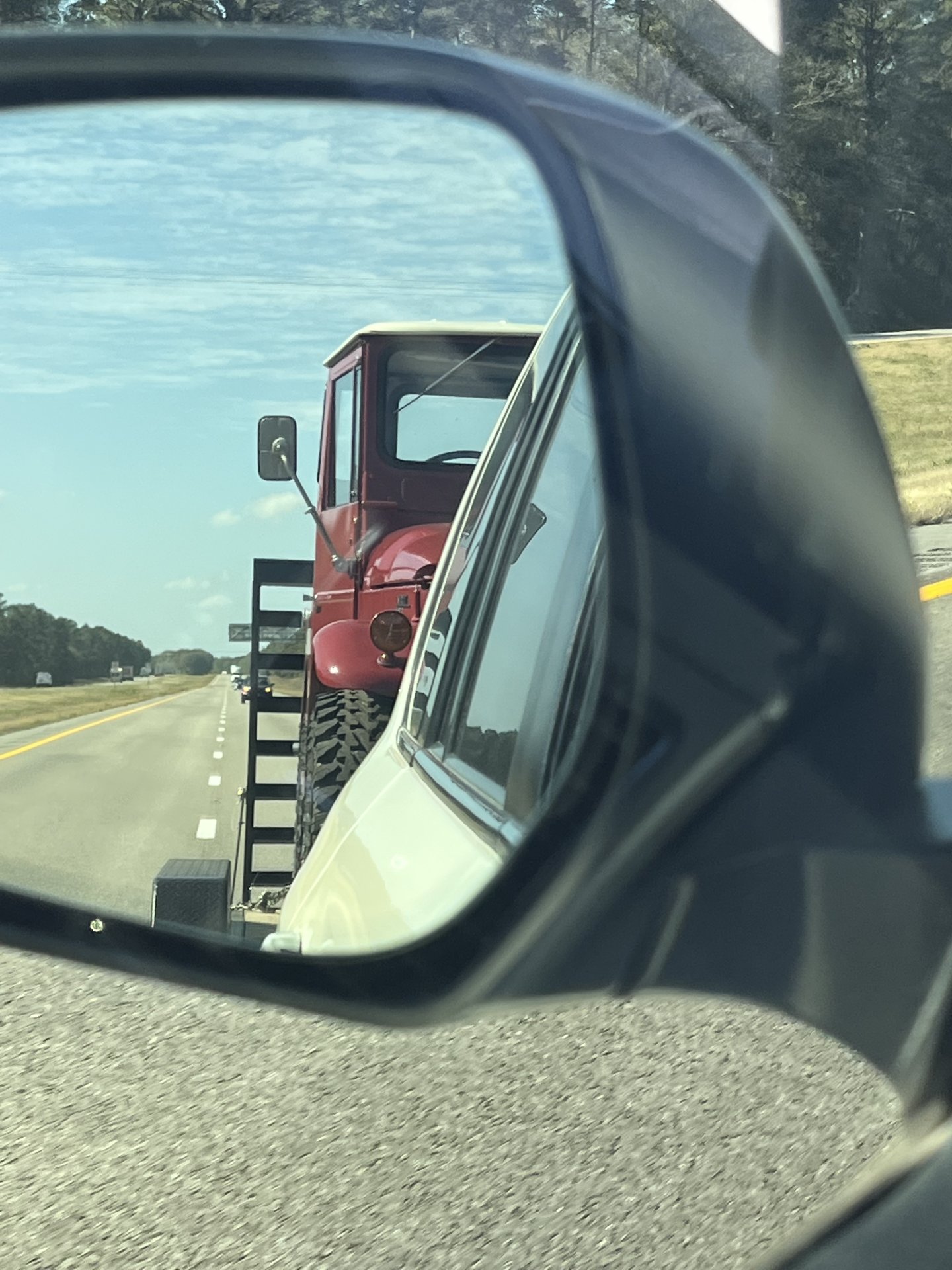 wngrog said:
Julie loves it when I bathe in Fluid Film
Click to expand...

It's the film part that really makes it special..

Looking forward to seeing the ch-ch-ch-changes...
You must log in or register to reply here.

Wednesday at 9:01 AM
Downey