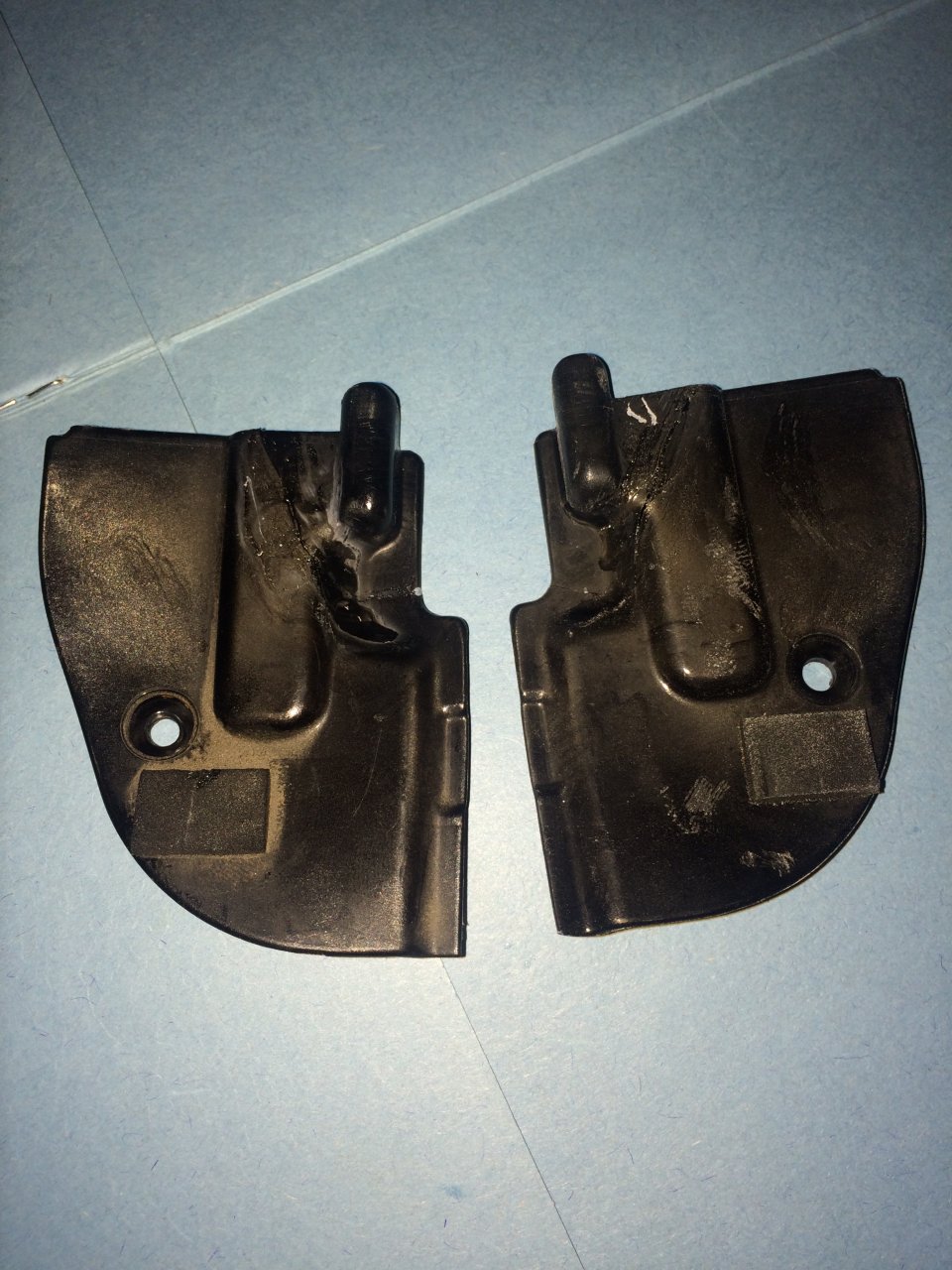 I've been dealing with a leak for the past month or so, and I just had no idea what was causing it. During rainy days, water would seep trough the headliner on the driver's side A-pillar and would develop a slow drip. I was concerned it was somehow coming in my rain gutters as there are a few cosmetic cracks in the seam, and I was quite put off by doing that kind of maintenance myself (I'm just now learning at 26 how to work on a vehicle). I wanted to inspect the A-pillar to make sure no rust was forming. I was also thinking it could be a hole in my sunroof drain and maybe there's an open seam or hole in the pillar right where it was leaking. The leak was dripping right where that seam is in the headliner above the OS handle. 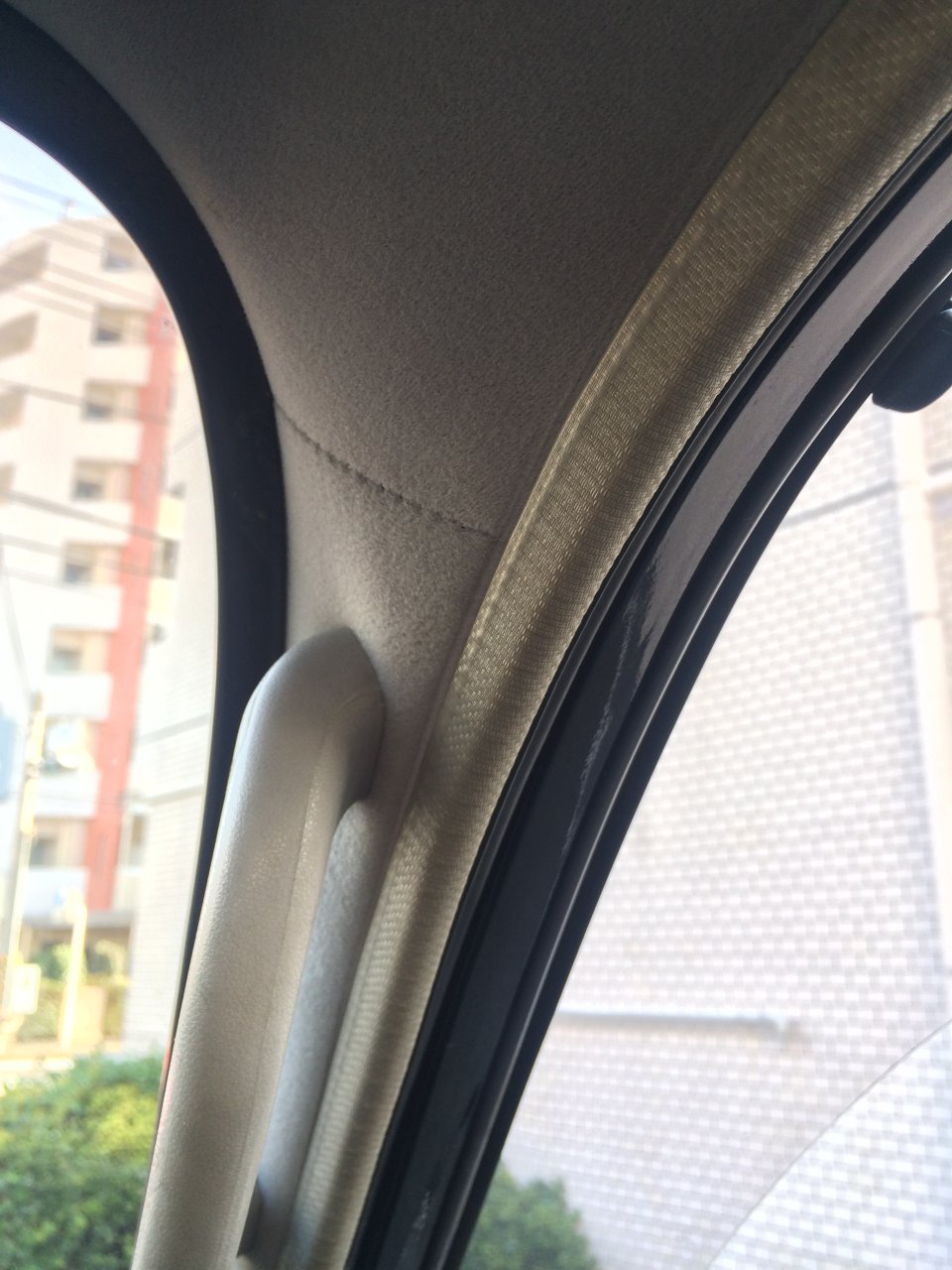 I pulled down only the driver's side headliner being careful to not take too much since I didn't have any glue to stick it back up. A-pillar looked great but with a bit more snooping I looked up toward the sunroof and.... Boom, I can see clearly to the light of day. Now, this may actually be normal with the sunroof open, I'm not sure, but this piqued my interest.

I climbed up, looked around, and found two black, plastic tabs. There's one on either side and I noticed one was facing fore and aft while the other was facing side to side. Both were cracked. I've got a full cage on top, so working on the sunroof was a real PITA, but I managed to get them off. Had to disconnect the wind guard first, raise up the spring tabs, and that was enough to get at the single Phillips head screw holding each down. I took them out and went to town with some super glue. I don't know if any of you have tried finding plastic epoxy (or any auto part for that matter) in Japan when you don't speak Japanese, but it's near impossible. Here's the tabs halfway through gluing.

After the next day, I reinstalled the tabs facing fore and aft and spent a few minutes drenching the top of my car with a hose, and NO LEAK!!!! Now, the real test is going to be making sure after a full night of rain nothing seeps in. I'll update you after that happens.

I know from searching the threads for cabin leaks that a lot of people have had a frustrating time with the sunroof, and hopefully this helps somebody out there

Good job. These are also still available from the dealer in case the glue doesn't hold.

For the record, my 97 LX450 has a slightly different part. The screw hole isn't tapered, and instead of that square of thin foam, there is a tall ridge that wraps around the front and goes to the bottom.

I bought the updated part (what is in your pics) and plan to install.. will post pics of both.

Mine are leaking.. but not cracked. I think the issue was the foam moving, and water seeping around the screw in the hole.

Good to know about the different parts for the LX vs. LC

and I'll try the dealer of this doesn't hold up. Took almost 45 minutes for the Japanese dealer to get me fusible links ordered, so I tend to stay away if possible. definitely better than having a leak though!

Did this solve your problem?2

Malleus said:
Did this solve your problem?2
Click to expand...

It did! I haven't had any leaks since the repair.

I don't have the part numbers, sorry!

Just wanted to bump this thread to say that I picked up both cover plates to fix a leak I was having on my drivers side. There was what looked to be a small crack forming near the drain and when I poured water onto the drain, the headliner would start to get damp. I cleaned the sunroof cassette thoroughly, applied some 'Goop' sealant over the crack, and replaced the LH and RH covers with new OEM parts and I haven't seen any additional water leaks after that. From the looks of it, the small foam piece that is meant to channel the water towards the drain just gets worn out and loses its ability to divert the water over time.

We've had a few pretty rainy days up here in Seattle and the headliner has been nice and dry! Thanks for the info.
You must log in or register to reply here.

Fluid Leak on rear of engine
2 3