Hey, so here are some pics of the rig.
It's a '94
Has all of the locks
173k on the odo
fairly distressed leather.
factory jack and tool kit (my '08 Tundra didn't have either)
fairly new tires (Yokohama Geolander at/s in stock size)
newer battery
fairly clean engine bay
PO drove it to me.
missing jump seats
has the highly desirable rear roof deflector/spoiler
Things of concern; Yellowing of heater control valve, definite issue at rear drivers side slider window gasket, some oil/grease/fluid underneath (need to clean more, and watch for new seepage to determine source), missing antenna mast, center diff lock light will not turn on, rear passenger window seems to be dodgy/partially able to get off track, nicely yellowed wheel center caps, missing one rear wheel lug, etc etc
If you have seen my other post, you may know that I was trying to stay under 5k (I had been looking at some of the local rigs in the 3500-4k range). Well, I went a bit over 5k which hardly left me room to get the thing legal (pretty silly on my part), let alone place an initial order for some baselining bits and pieces.
it's still sitting on factory suspension, so she sags a bit.
My idea for a dream build would be similar to Shermantank55's "dingo." I would do a darker FDE shade of tan, or olive drab though (Army vet). I'm not sure I could ever convince myself to shell out the coin for an ARB rear bumper though as slick as they are, that's a hunk of coin.

Question #1 has anyone downloaded a pdf or other type version of the factory service manual from one of those "free" sites that ask for a donation? I would if I could check the size/type of files first, so I knew if I would get a zoomable/useful sized product.
Cheers. 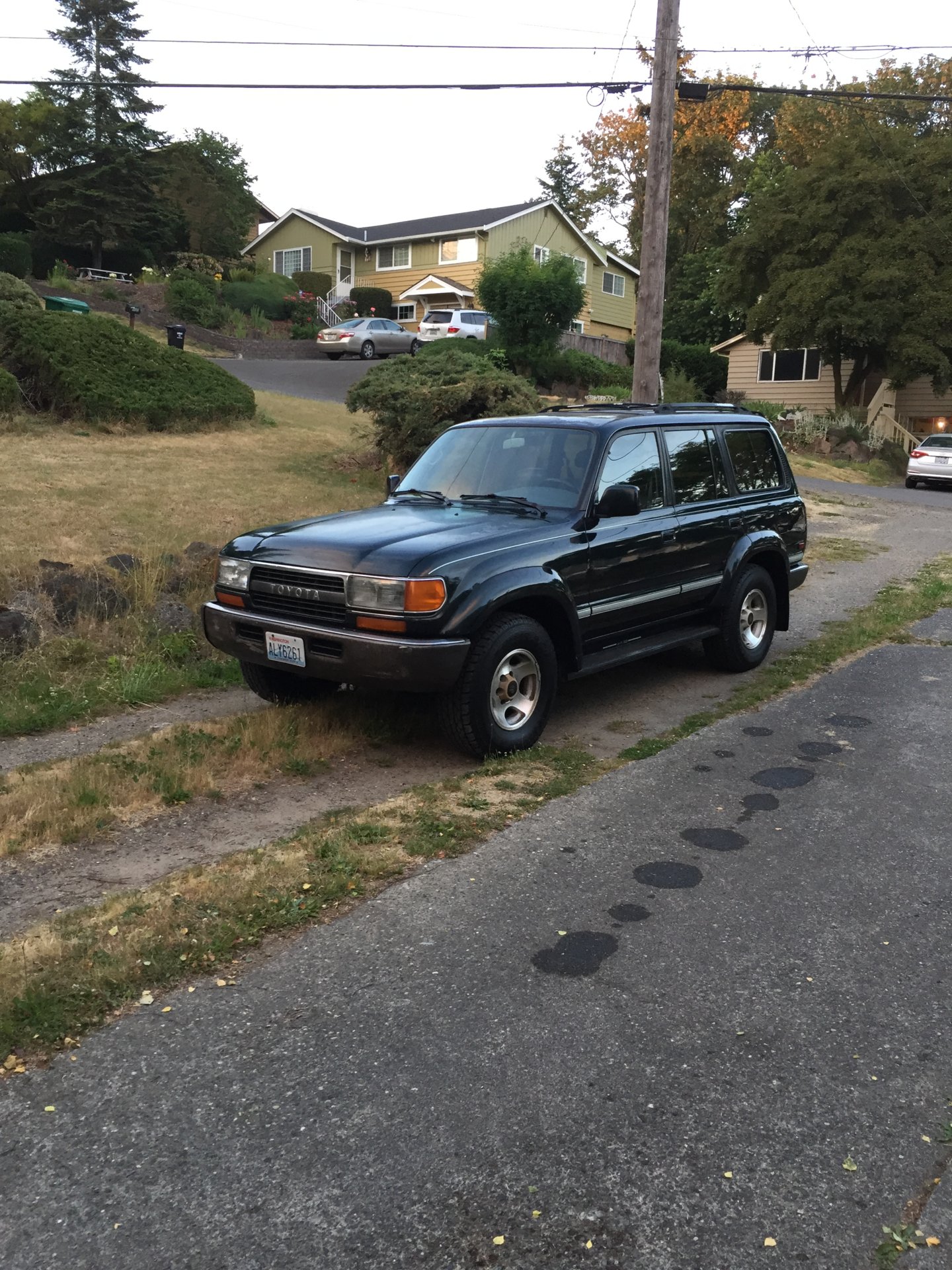 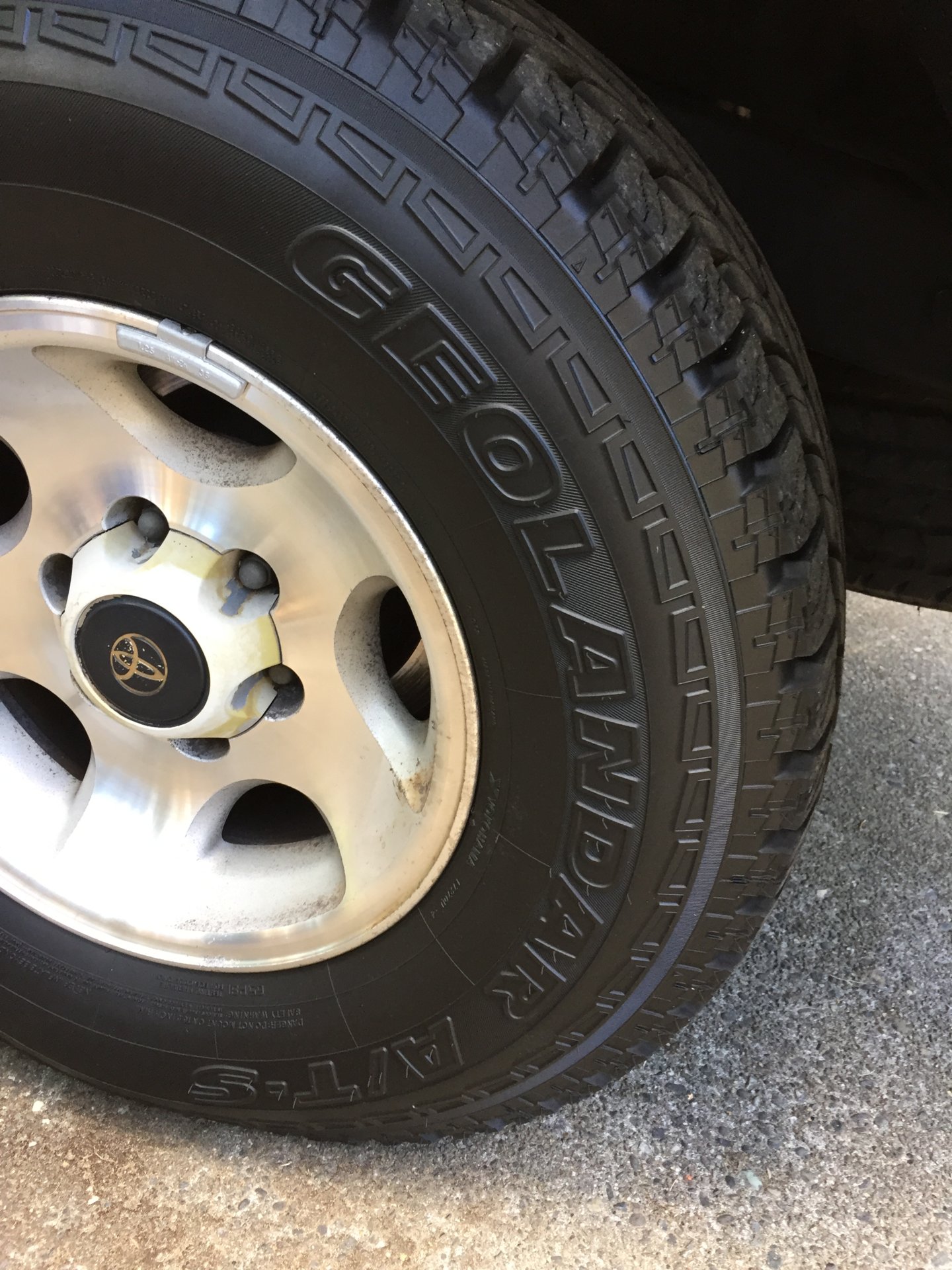 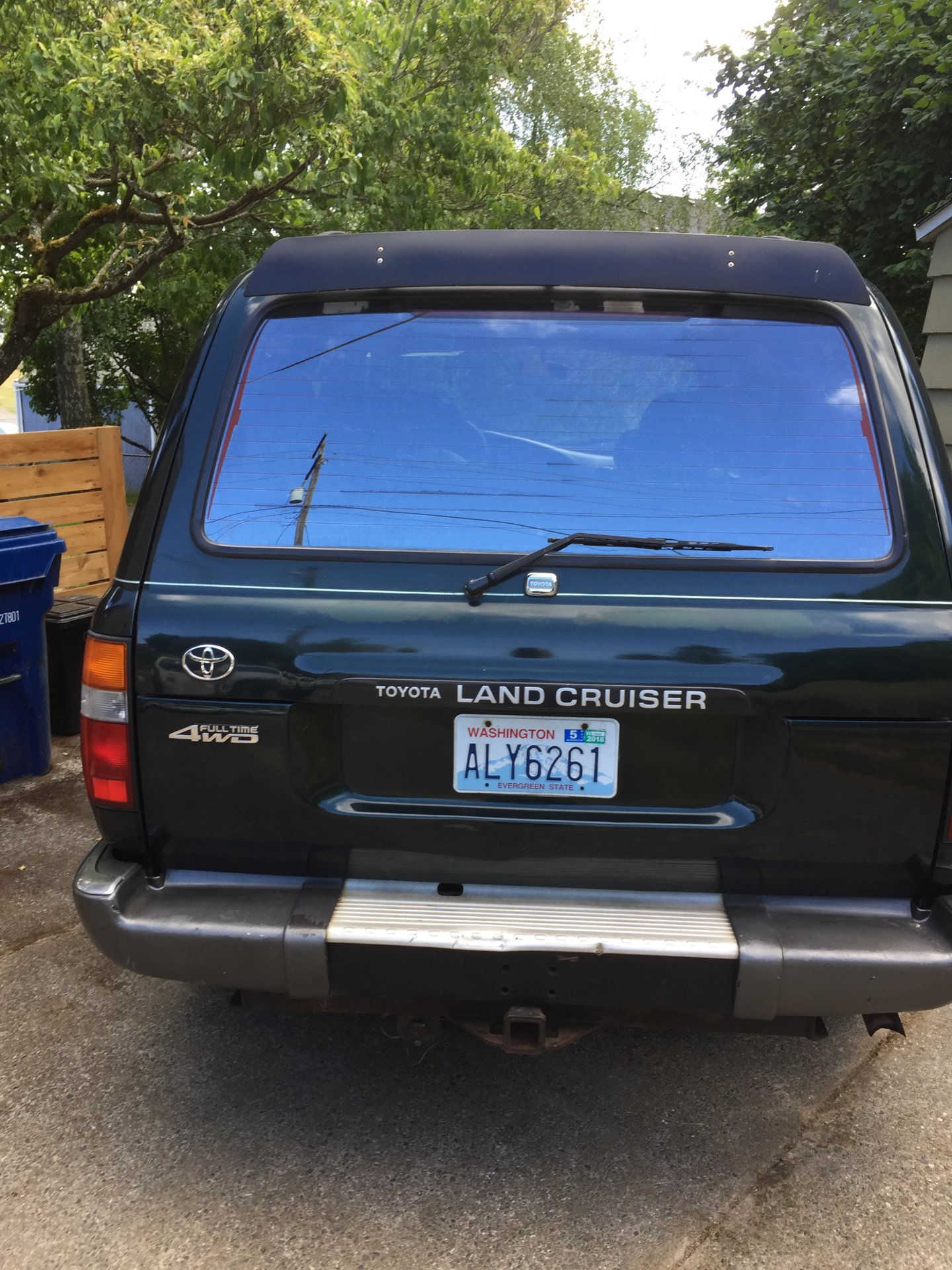 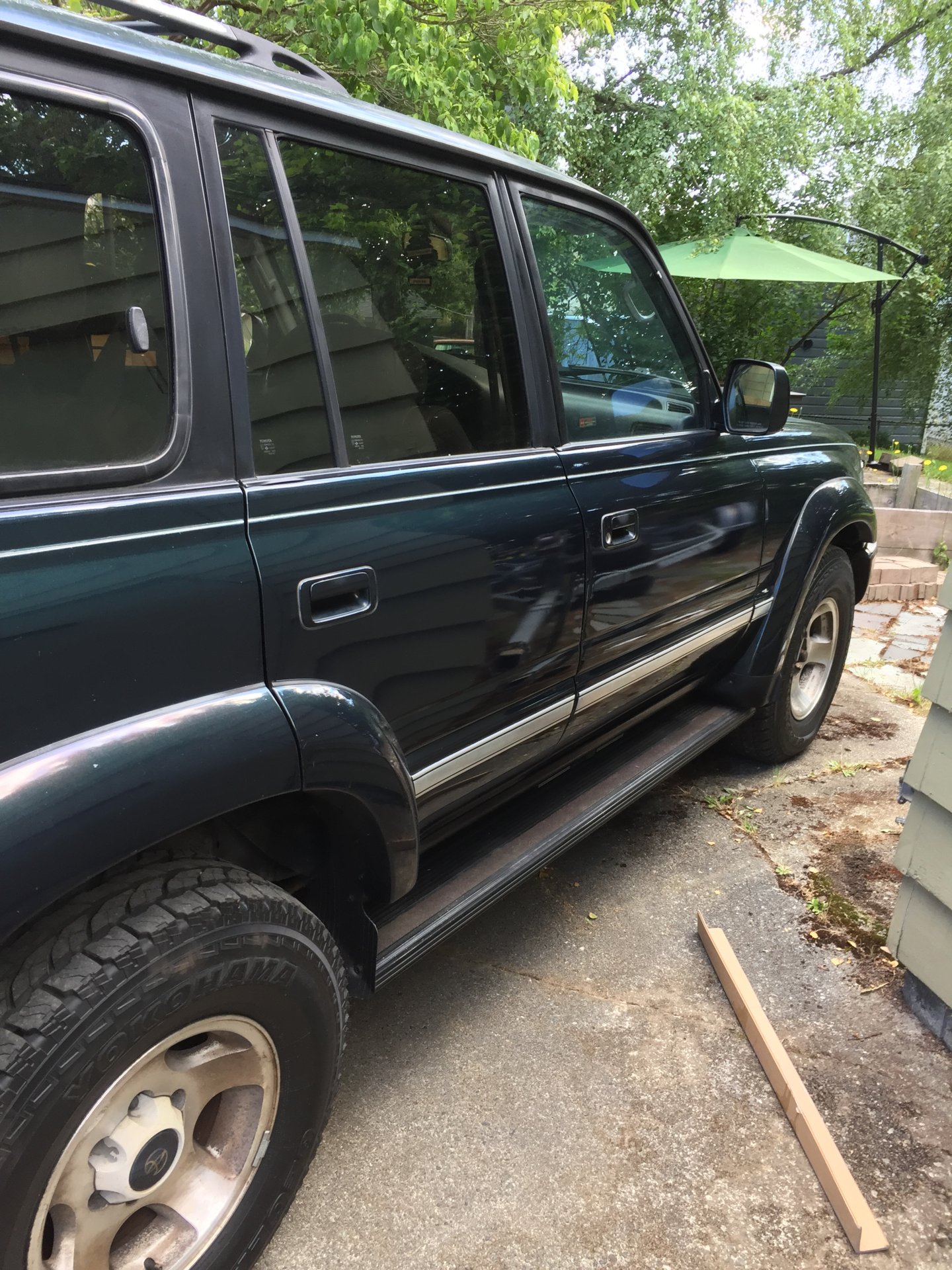 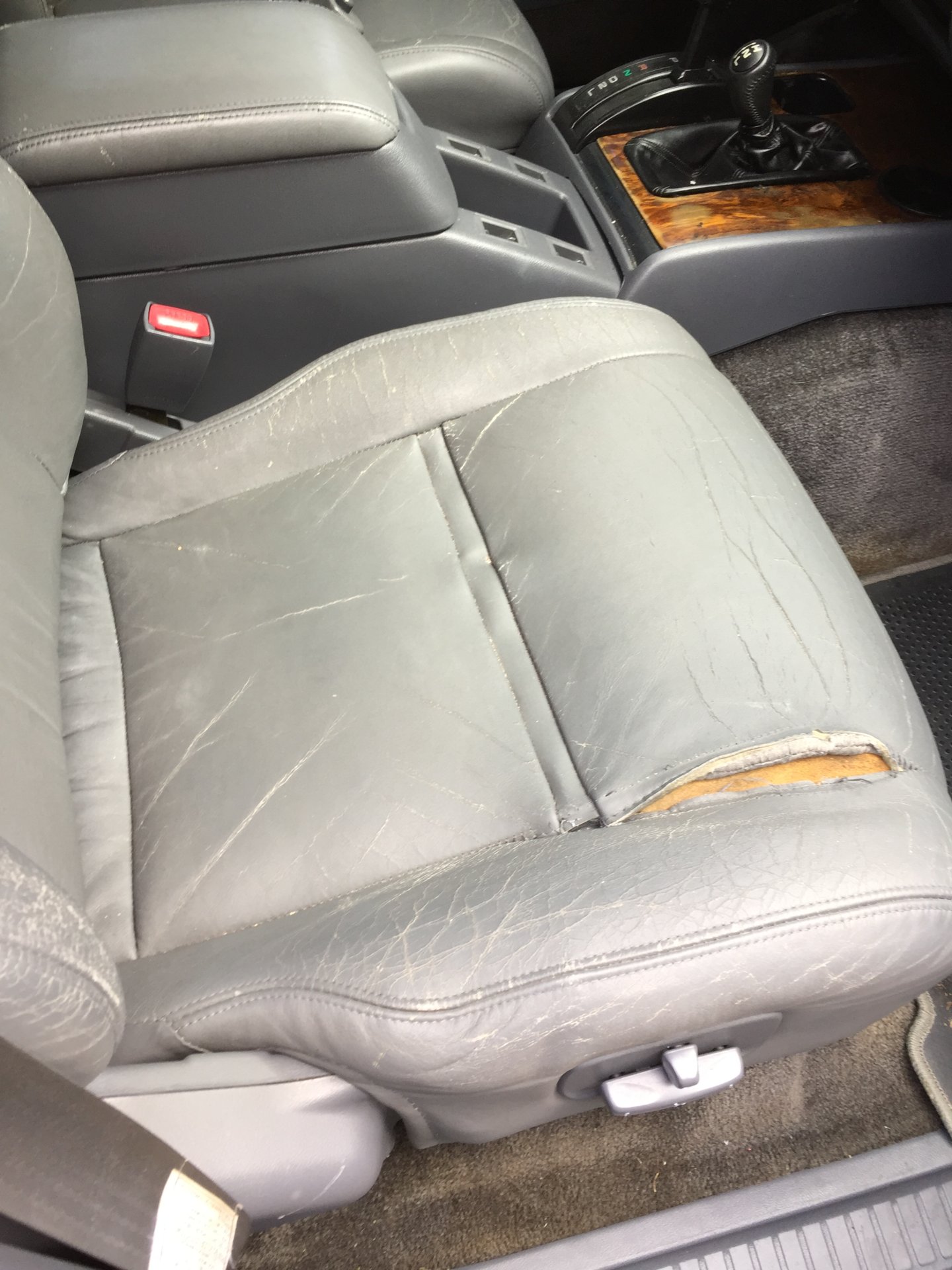 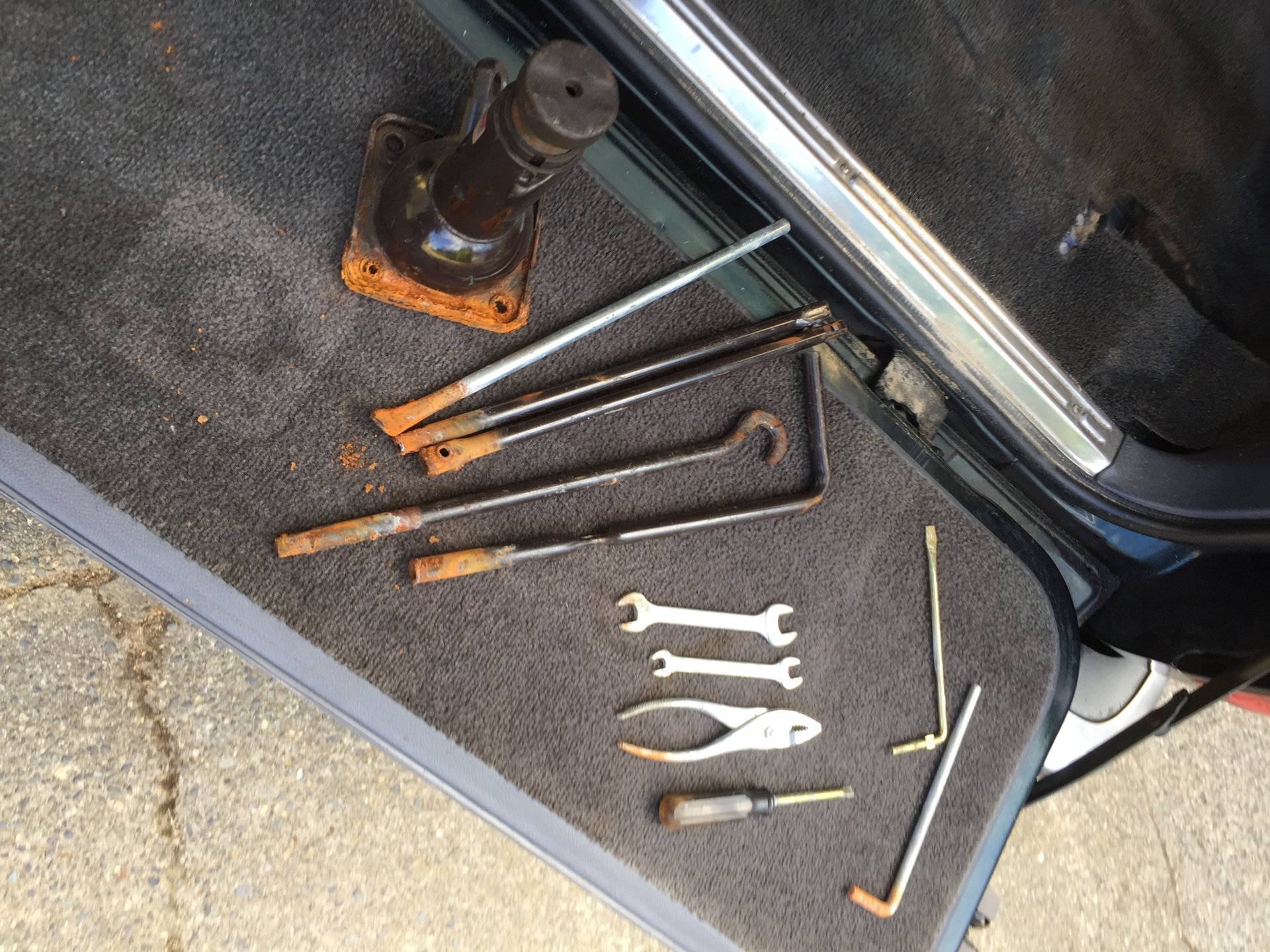 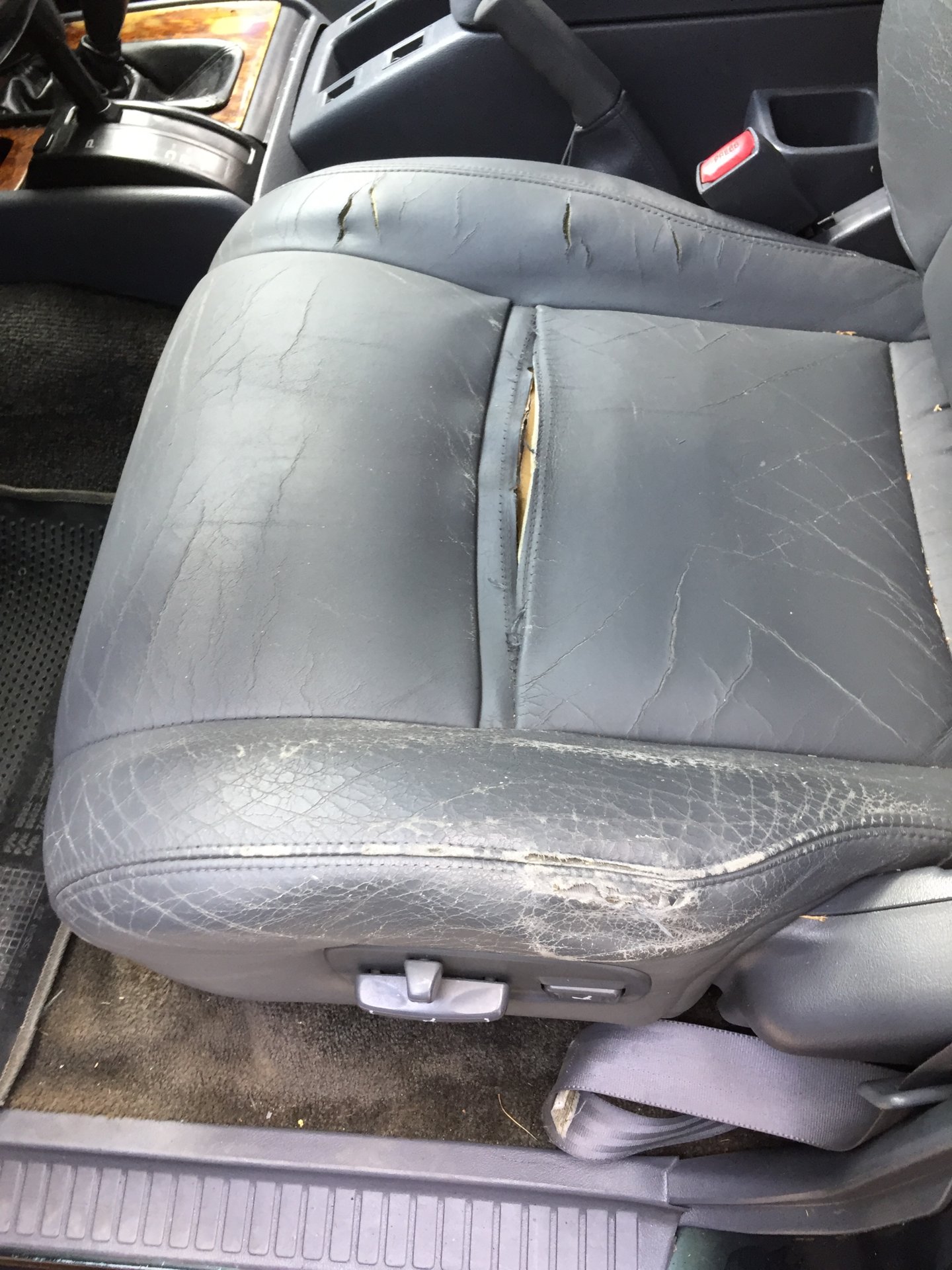 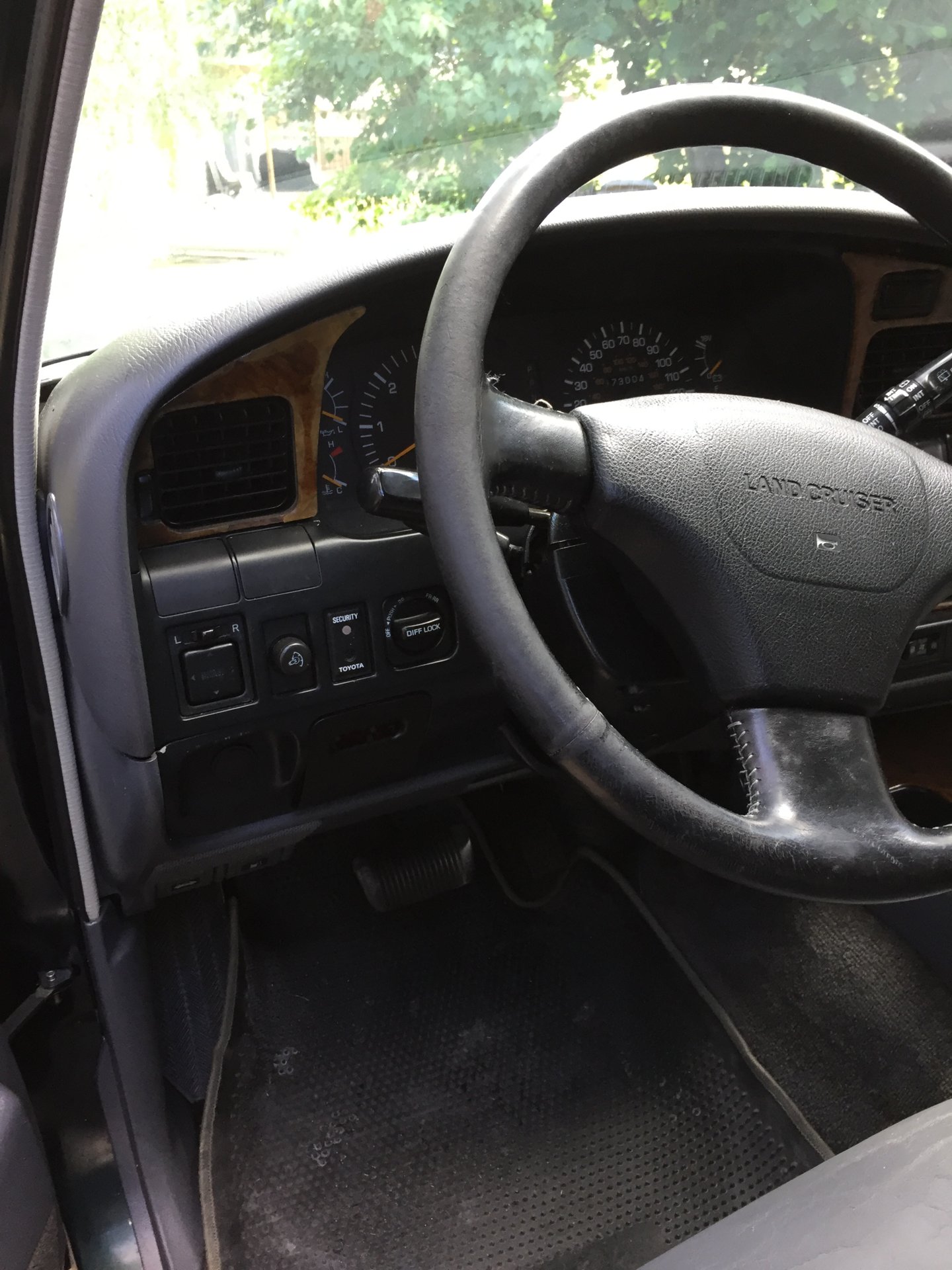 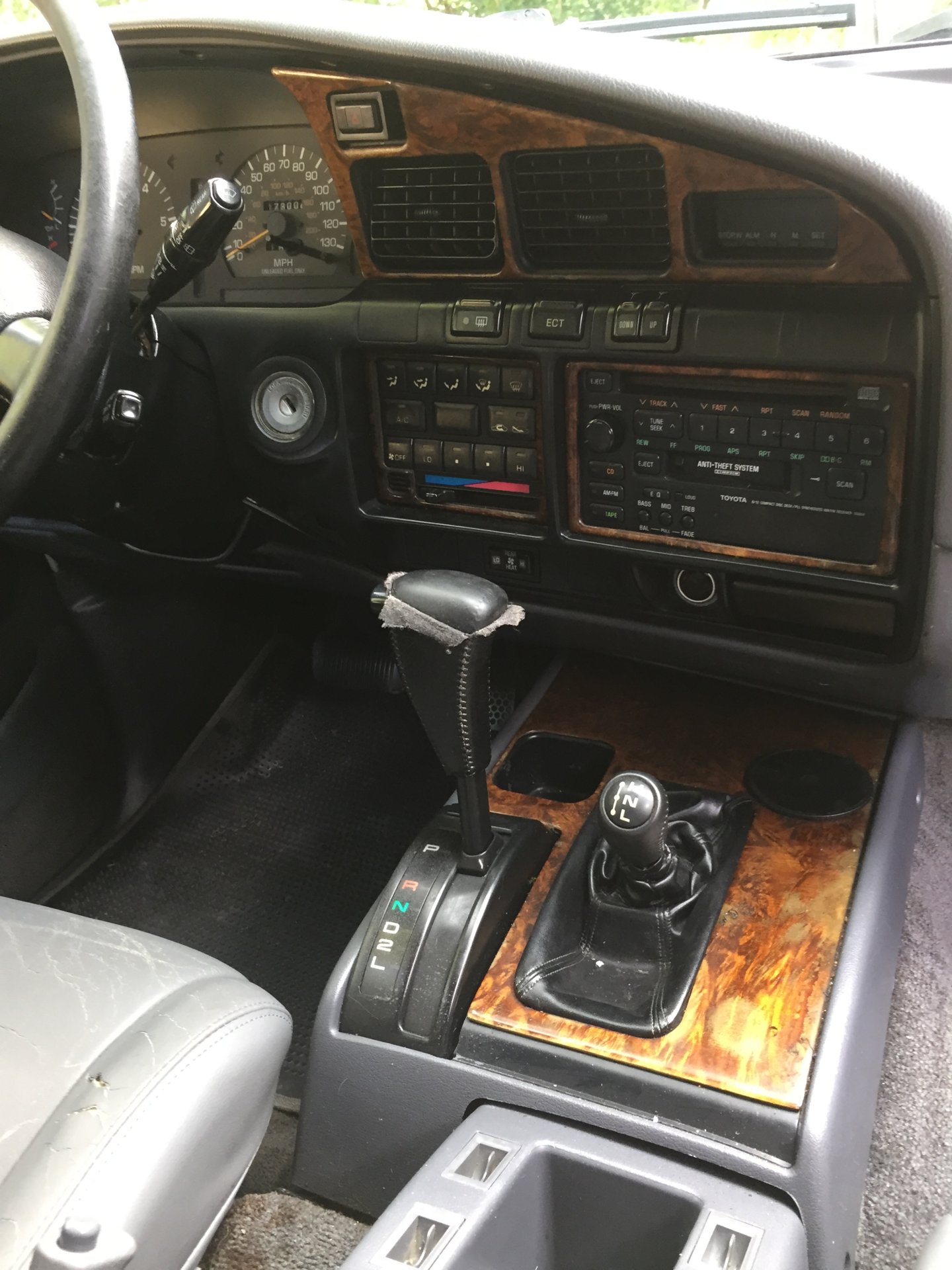 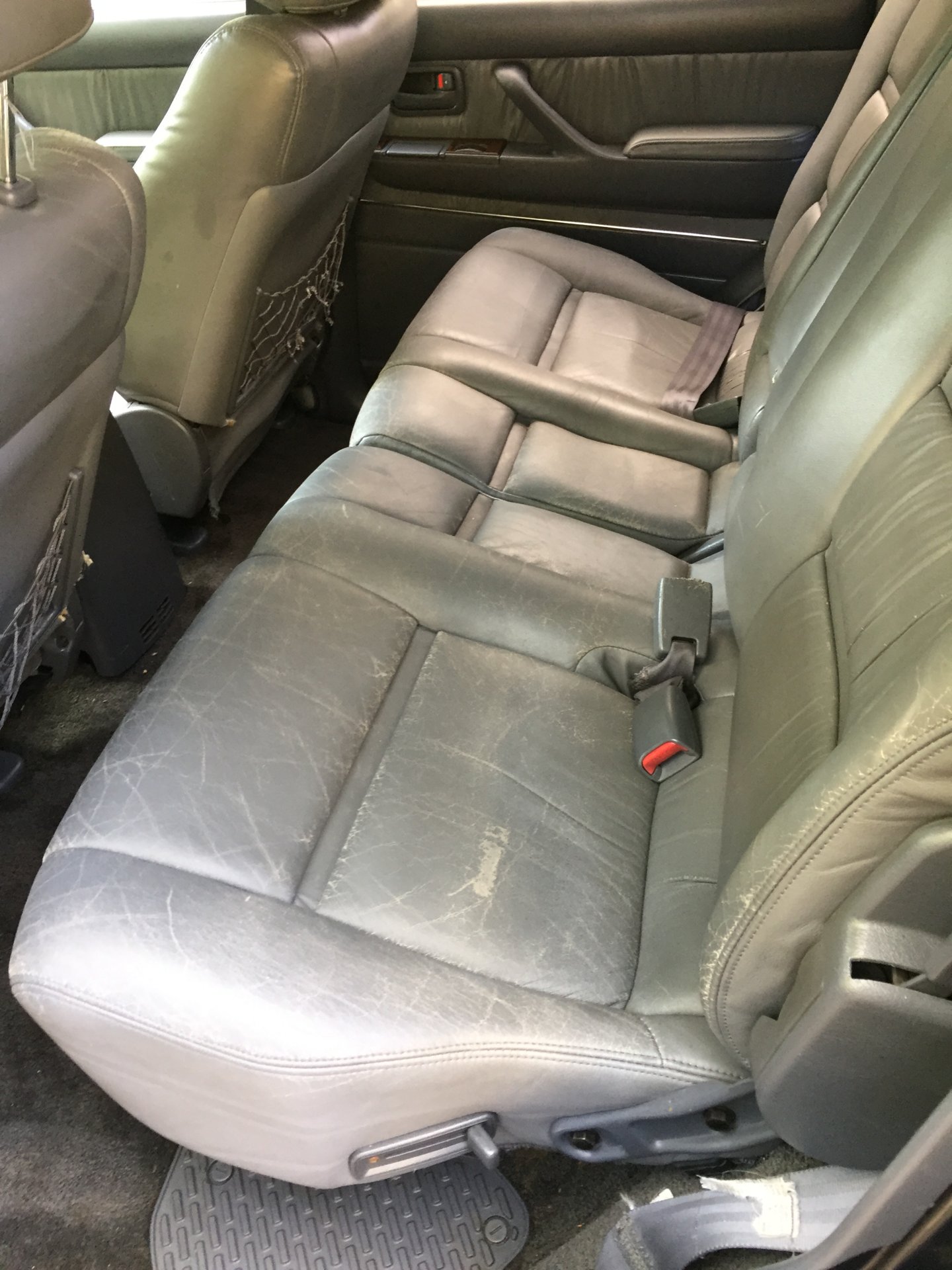 From the look of that jack you might have a leaking cargo window seals. Might be a good idea to watch it since you're in Seattle. 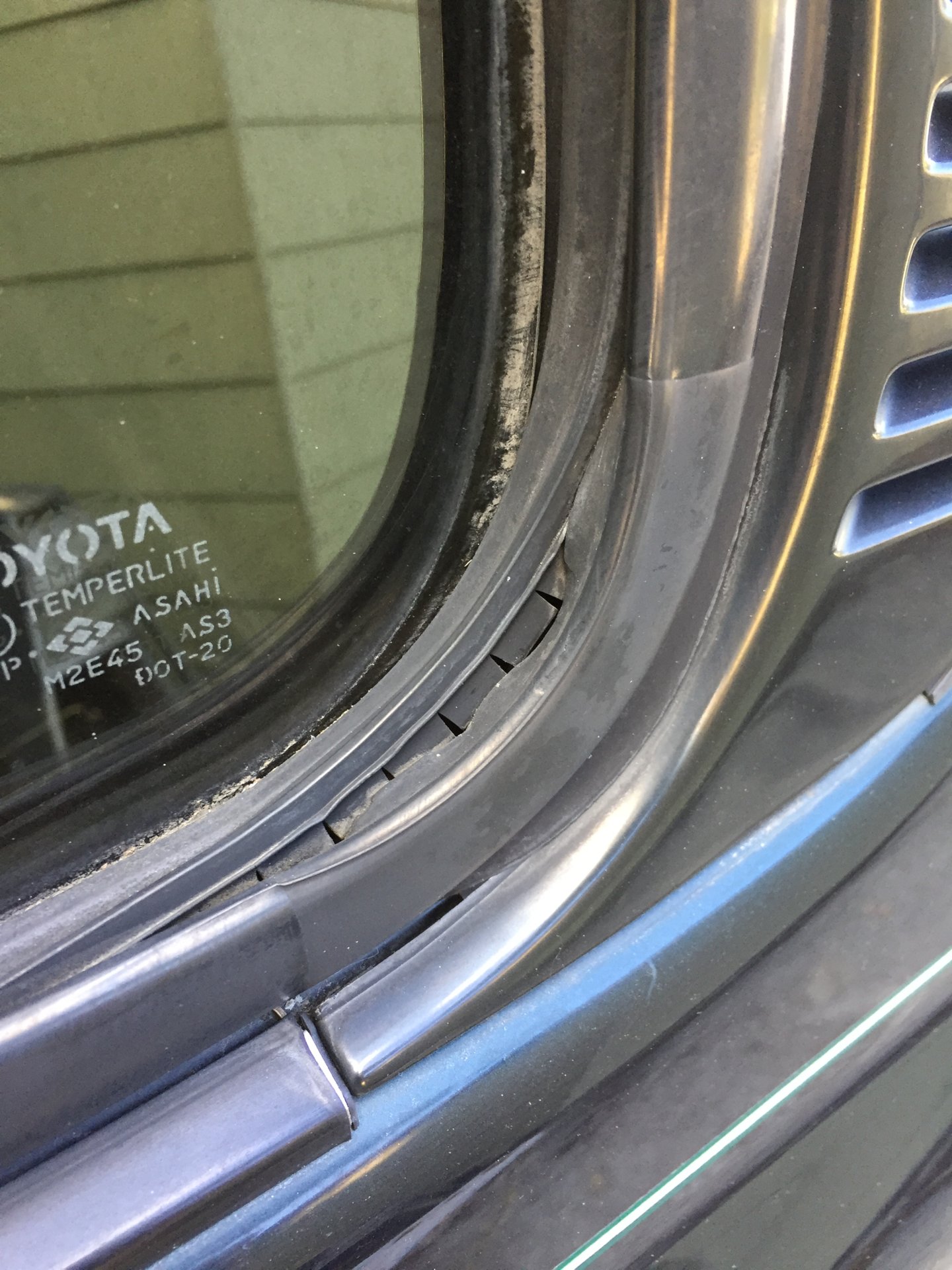 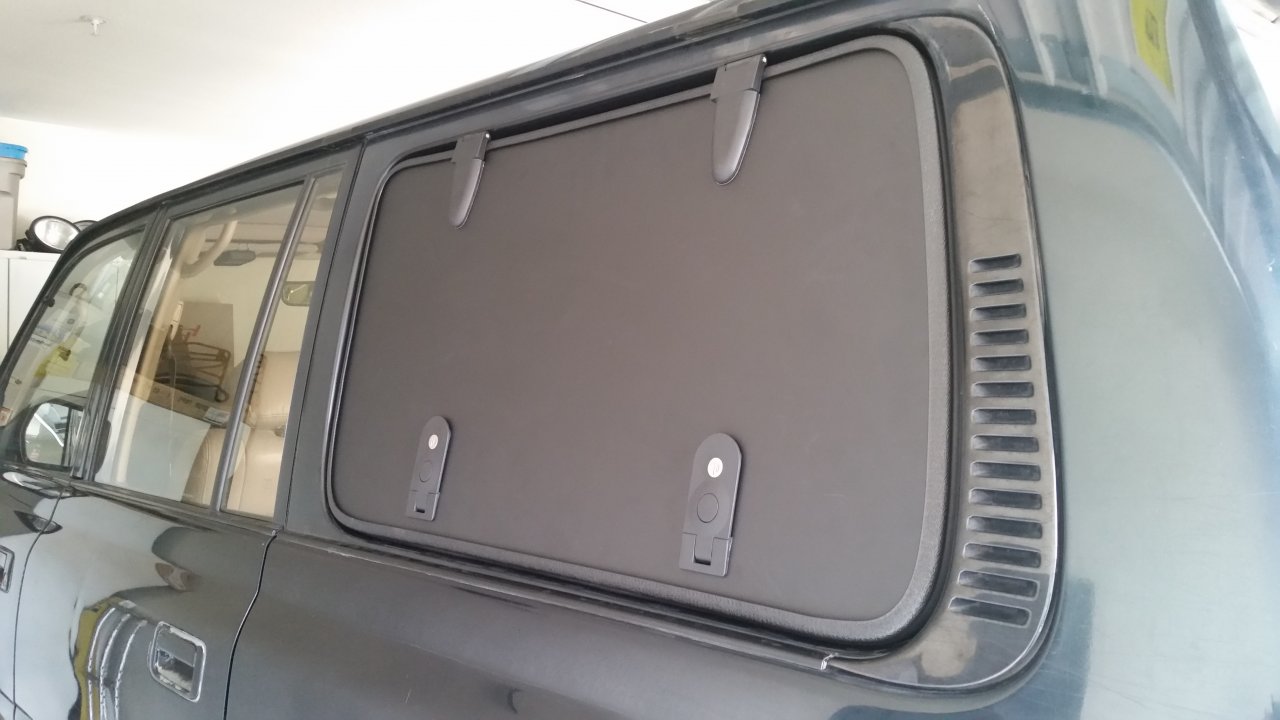 Looks like a great truck. Hit those urgent things first - heater valve and scrutinize all heater/radiator hoses under hood, the lug nut, stop the window leak and you are rockin. Baseline it as you go. It should treat you just fine.

Also, seeing the rust on your tool kit, make sure and clean out and rust stop the quarter panels behind the rear wheels at the bottom. They like to rust out down there and you can't really see it with the rear mud flaps and the sides of the bumper hiding it.

What a great starting point!
While Dingo continues to evolve, we started with a cruiser that looks a lot like yours does now. Slow and steady it has been an 8 year journey to get where we are now with Dingo.
There are some newer colors available with Monstaliner that are close to Coyote and Flat Dark Earth. Check out the Dirt bag and Super Genius colors:
MONSTALINER Colors Dirt Bag
MONSTALINER Colors Super Genius

My advice is to get the basic maintenance tasks done then go drive it and have fun. Your tires are decent for most adventures and you can modify as you go (as budget allows and you identify things you'd like to have). I might consider removing the running boards as a precaution if you plan to hit some rougher trails.

Try to buy a hard copy of the manual, it's way easier to reference while working on the truck. You can get good deals on ebay from time to time.

I would start buy replacing the whole cooling system ASAP, replace all fluids, grease drivetrain, then rebuild the front axle.

Try to buy a hard copy of the manual, it's way easier to reference while working on the truck. You can get good deals on ebay from time to time.

I would start buy replacing the whole cooling system ASAP, replace all fluids, grease drivetrain, then rebuild the front axle.
Click to expand...

I was a manual guy most of my life but now days its a PDF copy (available here on MUD) that I carry with me. You can easily carry the FSM EWD on a SD card and if needed print the pages needed, zoom in, and get them as dirty as you want.

LandCruiserPhil said:
I was a manual guy most of my life but now days its a PDF copy (available here on MUD) that I carry with me. You can easily carry the FSM EWD on a SD card and if needed print the pages needed, zoom in, and get them as dirty as you want.
Click to expand...

Makes sense, then you always have it with you when you're away from home.

Technician1985 said:
Makes sense, then you always have it with you when you're away from home.
Click to expand...

For me I use my iPad for navigation and Im weird, every manual for every electronic device I have/use on PDF.

Thanks everyone. My bookmarked parts list is growing, but yes definitely cooling system stuff first. I'm going to get under it again today and clean some more build up off, remove a couple of heat shields to get at more goop, then get it on a lift next week for a better inspection.
..side note.. I had not had to pull a Carfax for probably 12 years now, and when I looked and saw they were 40 bucks for one report I balked. Well, I pulled one today and had that horrible feeling of being taken for a ride; there was an oil change place that reported the milage at a little over 400k.
I'm skeptical though since it was at a jiffylube competitor, and there are a bunch of Toyota dealership service records with no milage reported. Also, if any of the (2) previous owners ever had the dash apart there could be a non-original odometer in there.
Lesson learned at any rate; don't whine about 40 bucks and pull any data you can get!

Those flip out rear window hatches are pretty sweet!
I think my running boards are non-Toyota... and picture on laptop, not this machine. fail.

I found the passenger rear window issue. It seems like there's a point in the travel of the whole mechanism where the wheel can simply run out of the track. The wheel is fairly worn which can't be helping. I got it back in the track, lubed the channels and the track a bit and cycled the glass a few times. Everything seems ok now. 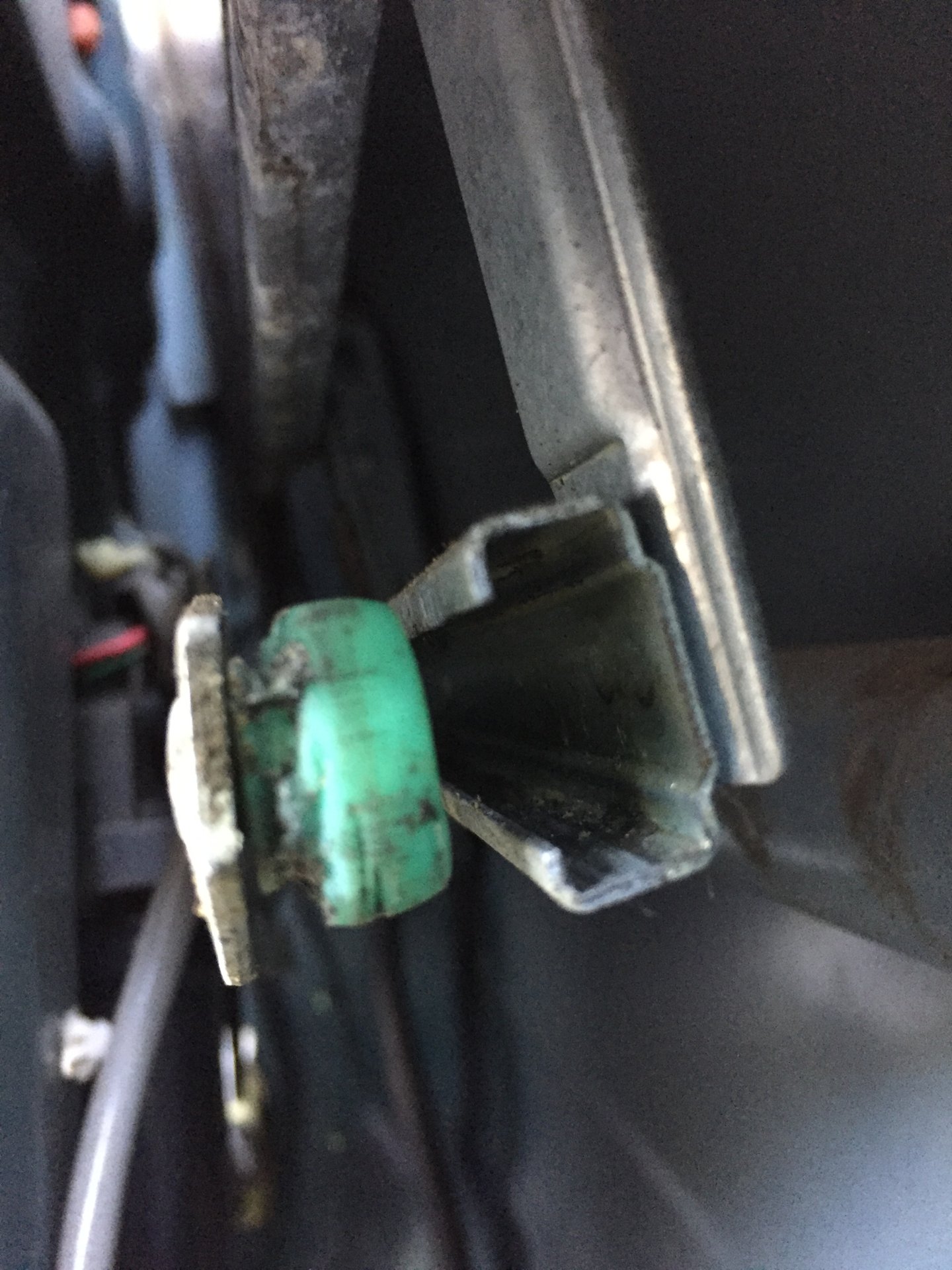 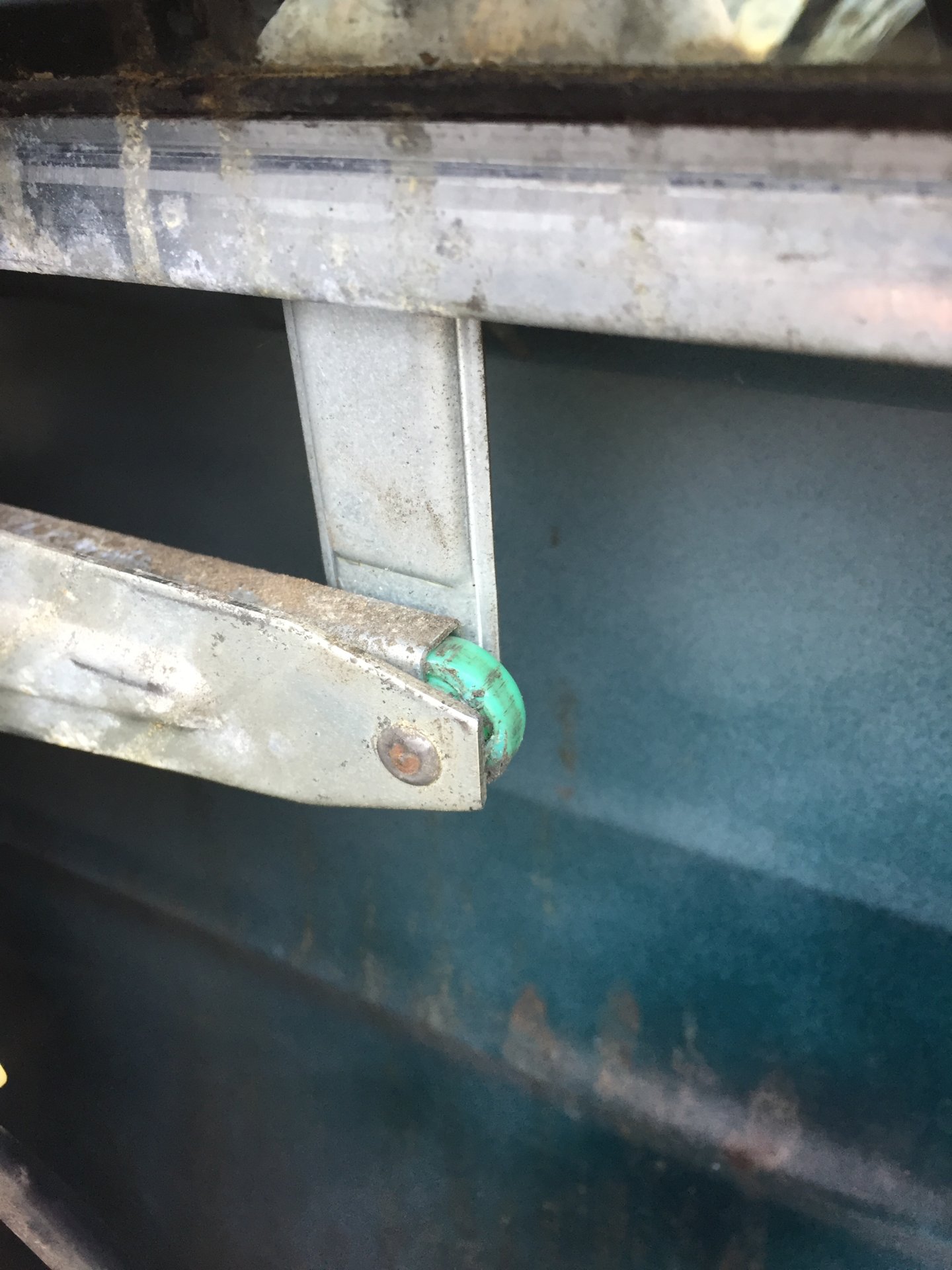 as to my earlier post about possible mileage tampering, it just doesn't look like a vehicle with 400k on it. Plus, there wasn't very much crap under the center console or passenger seat. A bit, but nothing horrible. I know its all relative; someone could run a vehicle into the ground in 100k or less, but still. 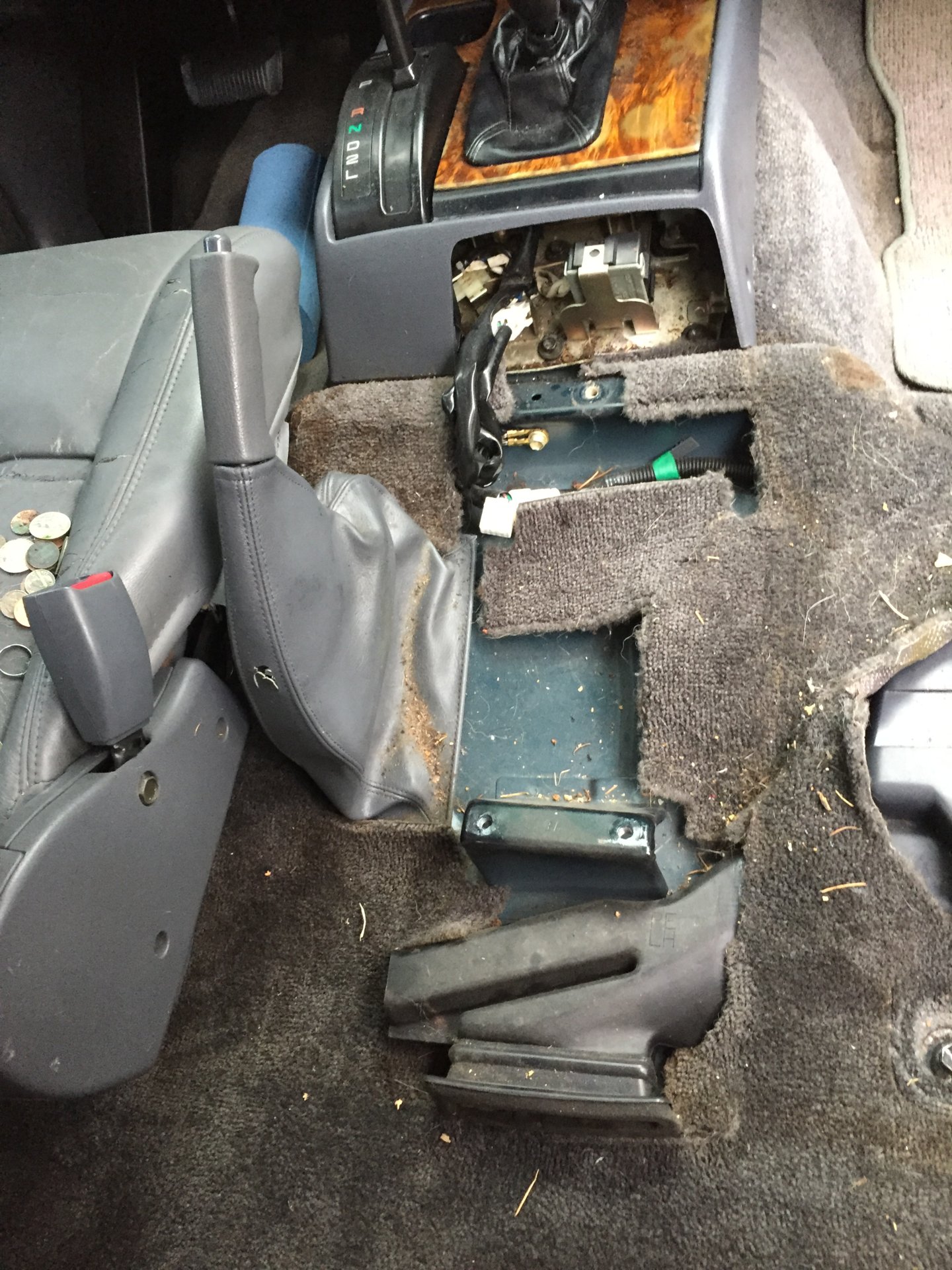 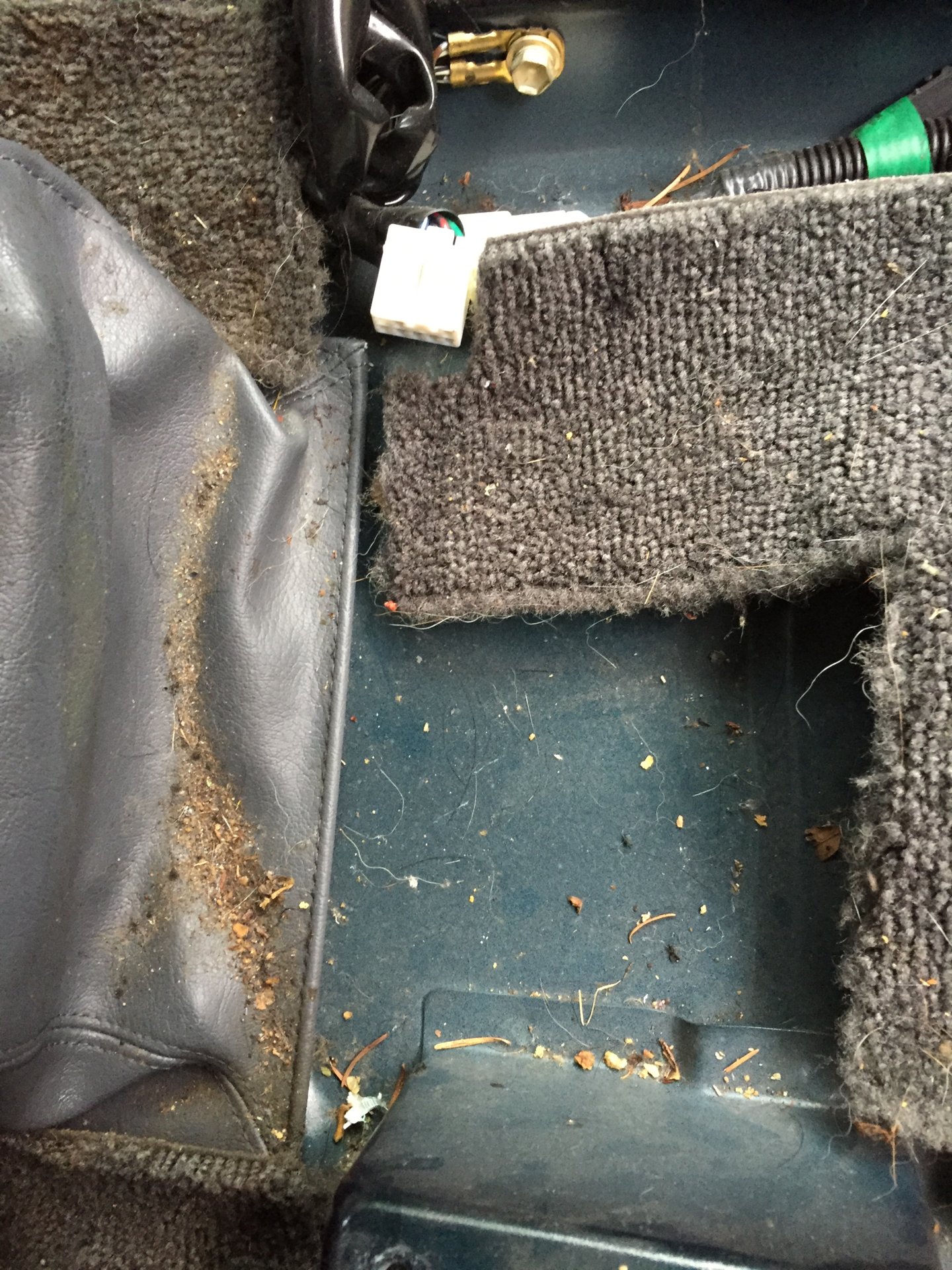 400k miles? Those are Toyota miles though. That’s the equivalent of 75k Chevy miles or 45k Jeep miles

Just kidding. Run a compression test and you’ll have a lot better idea of what kind of shape the motor is in.

Ok... Well, the milage on the odometer is still up for debate. I did get a temp tag so I could "legally" get an emissions test ( passed!), but down at the good 'ol dmv, it seems there's a newer version of the title showing the husband of the woman stated as owner on the title I have. Another roadblock.
I did put about 30 miles on the other day (along with emissions test) just bombing around town max speed about 52 here are some thoughts;
ride is very stiff
shocks on it are some white body duralast something's that are fairly rusty. There are no spring spacers or any other obvious mods/aletrations to the suspension.
throttle/gas pedal seems pretty stiff (decent foot force needed) but I haven't driven anything older than a 2000 Tundra in quite a while so no real recent comparisons.
Drivers seatbelt is thrashed, I'm going to campare with one from the third row (I don't have those seats anyway), to see if it could work in the meantime.
the only factory speakers that do not have cone surround failure are the four smallest ones in dash and rear headliner. FYI, I measure 1-7/16" in of clearance for mount depth of front door speakers from door panel mount area to window track. (hasn't anyone just cut in 6x9's in the forward section of the rear quarter panel area? it seems like a no brainer spot with plenty of space. On driver's side, centered basically where the third row ashtray is. (yes, I'm anti-ashtray)
It seems to run pretty well, idle was strong and fairly consistent. I didn't hear any alarming sounds when turning. There is a light in the instrument cluster to indicate OD on/off correct? While cruising at a steady speed, the rpm's changed when engaging the od on/off switch but no light on dash.
brake pedal feel is a bit soft, but brakes grab well with no vibrations.
temp gauge and voltage stayed normal during drive. I feel like the fuel gauge is suspect (it fluctuated between 1/8 and 1/4 tank while driving around, I stopped and put just under 14 gallons in and now it reads full)
oil pressure gauge was very odd; never spiked high, but did drop pretty low here and there, but would climb back up to middle with no direct correlation between rpm's and gauge movement. The "oil" light did pop up on the dash, and the "brake" light is on almost constantly.
I've mostly been dismantling the interior stuff to get looks inside things (i.e; the stuff I can do without driving it, and without buying parts)
I'm really impressed with the basic lack of rust in this truck. I did find what I think is just an exposed end of the washer fluid hose which should lead up to the rear hatch nozzle. It also looks like that hose is "NLA" on the parts sites?
I'm missing that cover that allows access to the torque converter bolts. And it seems like my dash has definitely been apart before just judging by the missing screws.
Front passenger window switch is for sure faulty (pulled rear and swapped it and window worked fine). Also master switch panel seems iffy. (I may pull and do the contact cleaner and contact "fixes" as seen on the forums, but the switch bezel is broken too, so they reside further down in the arm rest than intended).
I ordered a basic round of fix-it parts from rockauto, and have an email in with Beno, but it looks like someone is honeymooning (Congratulations!), so that will wait a bit.
I'm really trying to stay focused on the necessities and not the fun/upgrades at this point, so I should really clear off of this site for a bit
Also, every time I think I have some off the wall issue that may be new (the torque converter cover thing),I get on here and bam there it is.
lastly, here is one parts question for any/all of the gurus to ponder;
was there a version of the armrest covers (switch bezel or what ever) that did not have the ashtray? #74271-60010 is my right rear part number.
Ok, back outside I go.

The Adventures of Chungus
2 3 4