I’m not much for build threads, but it seems to lead to hijacks when I mention my new ‘Runner in other threads, so I figured I’ll start this thread to minimize that, and allow others to hijack mine.

My plans are to have a light (easily towable) rig to do easy wheeling with while on road trips, topless fun in the summer and hunting and fishing. I have a ‘14 Dodge 3500 with a ‘17 Northern Lite camper on it for basecamp duties, and a mildly modified 100 that is the wife’s daily and would be great for the road trip rig, except it’s not ideal for flat towing (although I’ve heard Christo and a few others do it) and it’s too heavy for my trailer.

The 4Runner is an ‘89 with 3.0 and an auto trans. The auto is undesirable for a lot of people, but I was ok with it as my wife doesn’t drive manual, and if I bought a 5 speed it would open the Pandora’s box of selfish purchases again. I would have bought a 5 speed if that was the best deal, but the auto saved me the issue.
The previous owner dumped a ridiculous amount of money into this thing over the past 20,000 miles doing TREs, idler arms, OME suspension, BFG ATs, wheels, timing belt and associated bits, rad, brakes, engine seals and a ton of other stuff totalling $13,000. He was the second owner, and he and the previous owner did almost all service work at the dealer. The only mechanical issue it has, is a rear main seal leak (which apparently was fixed as part of the $13k). It has typically rusty rear fenders, but the frame is mint.

Since I bought it for $2,000, I feel like I’m way ahead. I have given it a good bath, done shifter bushings and replaced all the dash lights and console shifter lights. I also sold the BFG ATs and black steelies yesterday (for $800) and replaced them with 17” Tundra wheels and 255/75-17 BFG MTs. I’m getting tires mounted tomorrow. I will be ordering some replacement panels to weld in and patch up the fender rust tomorrow as well. I already have factory red paint to spray the new bits with. The question on the table still is what to do with the top. I’m torn between re-doing the red, or going black. That will wait until it’s off for summer though, so I have a few months to think on it. I’m also toying with fabbing a front bumper with receiver, or just doing a receiver mount up for a winch mount and keeping the stock bumper.

Pics below are from the trip home, with new wheels and tires mocked up.

Points will be awarded to those who know what Mr Wilson has to do with anything. 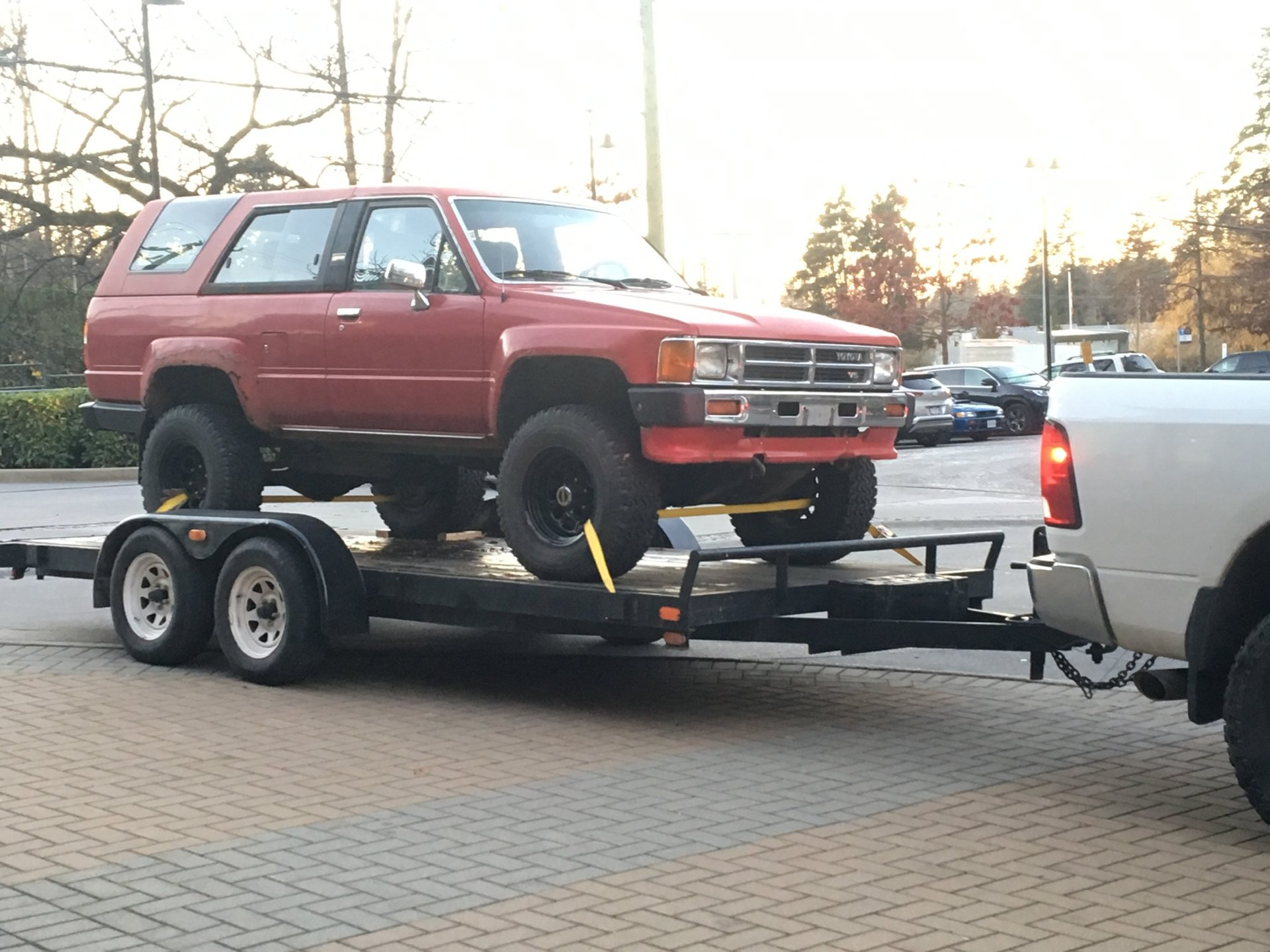 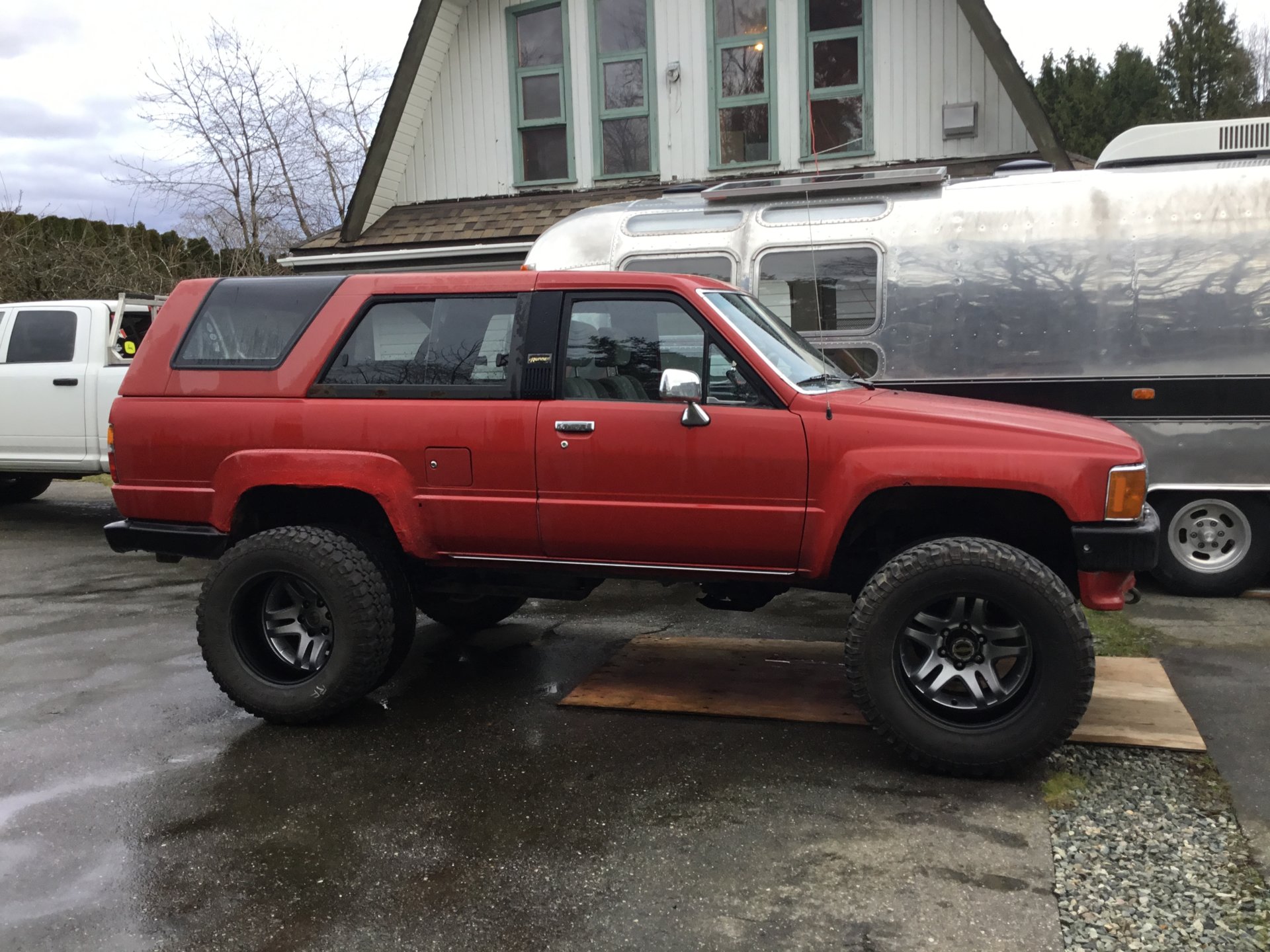 I like tone-on-tone hard tops on first gens...except for red.

White or black would get my vote.

Soft tops are great on these trucks.

Only Mr. Wilson I can think of is from Dennis the Menace...

It has 195,000 on it I should have added. I tend to agree about black tops, and a soft top would be amazing, but also cost as much as a 3.4 swap. I’ll be doing some sort of bikini/safari top type thing, possibly with a boat rack integration to allow me to carry the 14’ Jonboat on top.

I also feel like $2k was a heck of a deal! Rust sucks, but it is very manageable on this one. I just bought a sheet metal brake the other day, so I can bend my own rockers etc if that ever is needed.

OK buddy, I've marked this thread with a "build" tag. Don't let us down.

pappy said:
OK buddy, I've marked this thread with a "build" tag. Don't let us down.
Click to expand...


Damn, pressure is on now! I guess I’ll go take the dash back apart and get pics of installing light bulbs?!

About time you did a build thread on this one! Definitely a steal for $2k and I think a black top would be best.
J

It was actually $2400 CDN, but as most of our viewing audience are south of the 49th parallel, I corrected for USD. Given the 2 adult owner history and the amount of work done, and that the rear glass actually functions, I figured it was still a steal.

I should mention for potential wisdom from you guys that I have a minor vibration from about 30 mph and upwards. It’s fairly minor, but when I let off the throttle above 40-45 mph it makes a grind/moan type noise. I’m going to drop the rear shaft and check both u-joints once I deliver my current Airstream project to my client this week. Body welding will happen after this one is gone too.

My truck makes the same groaning noise your talking about when I am barely on the throttle or taking my foot off. At 85 MPH it sounds more like a grind. Still does, always has apparently and Ken thoroughly checked everything.

Not saying that’s the case with you, but it may not be that big of a deal. I get no driveline vibrations however.

Good to know. I’ll check all my fluids and u-joints. I was thinking it might be pinion angle related, but it looks ok. I’ll still pull the rear shaft and look at that. I thought it could be tires as well since KOs are known to be hard to balance, but I drove it hunting on the Tokyo’s that came with my Tundra wheels and the vibes were the same.

So I got the MTs mounted up today, but let’s just say the experience of going to a shop to let other people touch my truck left some doubts about humanity in my mind. It started with the shop owner arriving late, then saying it would be ready in 2 hours, and when I came back in 3 hours, they hadn’t started it yet, which is probably good as the clown who he had working on it started to remove the front wheels by unbolting the locking hubs!!! Luckily I caught him and yelled at him to stop what he was doing. It ended with 1/2 my center caps broken, and my shifter cover broken. I’m not impressed!
J

PM me the name of shop so I don't go there.

The next leg of the saga was ordering two front fenders. It took three visits to the parts store, and three phone calls to the manufacturer in order to be at least semi- confident that they were going to ship the correct ones. I’m not sure if I’m just not patient, or if I expect too much from the world, but I’m left without much hope for the future of this place...

Sheesh! How dumb do you have to be to do that kind of damage in a matter of seconds...and taking off the front hubs to take a wheel off that's beside me.

And your shifter cover? In the interior? How'd they manage that?!

A couple years back I let my friends mechanic do some work on my old CJ-7. He had it for three weeks and did so much damage to the Jeep that it took me forever to fix...including $900 to have it re-wired by someone I trust. He apparently off-roaded it while he had it and screwed up the transmission pan, radiator, etc etc. I almost went back there with a baseball bat.

Since then I do all my own work, with the exception of a local alignment shop I've been using for years.

I’m not sure about the shifter cover. It was probably just coincidence, but I would prefer to be the one to break things on my vehicles. The guy said “oh, I thought they were bolt on center caps” in reference to the hubs. The resemblance is striking... 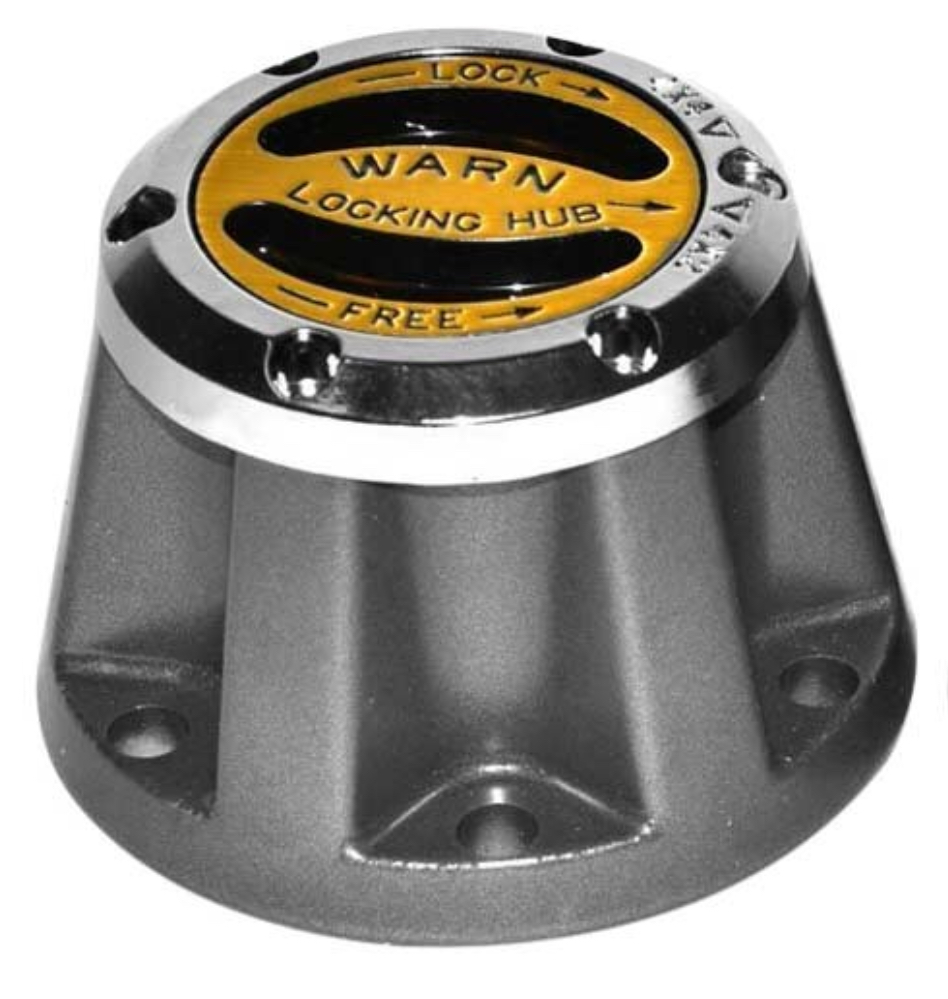 Dude i used to freak out over co employees blowing center caps out of wheels with the balancer spindle ..... That s*** cost us several caps. Caps aren't cheap or easy to find/replace.

Yeah, buddy hammered them out from the back with a 2 lb sledge handle. I was trying REALLY HARD not to lose it on him.
You must log in or register to reply here.