LX450 EXTREMELY hard start or no start when cold or wet.

My wife's 97 LX450 is experiencing something weird, when it's either wet outside or very cold, the truck will *BARELY* start, or sometimes fails to start at all. It'll turn over and over and over and over and if she's lucky, after 5-6 tries it'll catch and run very rough for a few seconds, barely running, then slowly smooth out.

It'll start and run normally the rest of the day with no problem.

Any ideas where to start on this? We have had an intermittent starter problem the last 6 months or so where every once in a while, you engage the starter and it'll just make a buzzing noise like the starter didnt' fully engage, you cycle the key and it starts normally.

Not sure where to begin. I'll try replacing plugs, cap/rotor and wires just cause it's probably due.

vehicle is also running the EGR Check engine code and has been for a while. but hasn't seem to have effected it yet.

I also intend to replace the starter but since CruiserDan retired, not sure where the best place to order parts is now.


UPDATE: I kinda suspect the ECM might be a problem, I think we have a leak in the windshield, when it rains or snows, we get water on the floor between drivers seat. I wonder if it's dripping on something behind the dash and causing problems?
Last edited: Jan 23, 2017
M

Around the beginning of summer, my 97 made the noise you described and was hard to start. It would finally catch and start but it was random. I ended up pulling the starter and buying this Denso starter solenoid repair kit $22 and i havnt had any trouble since

FYI i first replaced the fusible link and it seemed to start better for a week or so but the random start issues returned. However, Im glad i replaced it because it was old and did not look good. Its only $12-15 so no big deal and money well spent if it hasnt been replaced previously.
Last edited: Jan 23, 2017

Remove the cap and check condition of points and rotor.
Ensure the wires have di-electic grease. Coil wire too. Takes about 10 mins.

Just ordered two new Toyota Fusible Links, will get new cap and rotor tonight. Also ordered new Denso Spark Plug wires and will replace the plugs as well. This engine has been running well but has 246K miles on it, so it's not new.

@Madwatch Thanks for the tip, I was considering replacing the entire starter, any reason to do so such as other parts wearing out or should I just replace they Solenoid?

I guess I could start with that and go from there. I think I replaced the starter brushes when I did the head gasket at 170K but I honestly can't remember....


Ok I'll try this stuff and see what happens. It's really irritating and may wind up costing me a new truck if my wife loses faith in this one.

Of course that means I'd get my truck back.... so there's that.

I had already replaced the wires, cap , plugs etc. I was just trying to be as economical so i could spend money on necessary and important things like tires and lift . So far my starter has worked great and i have not had any further issues. I Hope you have the same success.

CRAP. Gone from bad to worse

Wife had a super hard time starting it today, sometimes having to crank it over for several minutes to it to barely stumble to life. It took her 45 minutes to get it started this afternoon.

I came home and replaced the cap, rotor and all the plugs. Now I can't get it to start at all.

the plugs all hade HUGE gaps in them. The plugs that went in were NGK iridiums with .031-.032 gaps.


I need to check spark next, the coil wire seems not to seat all the way, but I need to find someone to crank it while I hold the plugs.

If I have spark what else? BAd fuel pump?

this morning when starting it I smelled gas, so I think it's getting fuel but not sure how to check.

Update: No spark at the first cylinder.

I have a new wire here tomorrow, new complete set of wires.

What is the name of the part where the main coil wire comes out and goes into the middle of the distributor cap? Main Coil?

Is there a way to test that thing?

Unplug the dizzy end of the coil wire. Hold it close to ground and crank. Zap=good. No zap=no good, assuming it's plugged in right on the coil and that the coil is good. It helps to pull the nipple back a bit, seat the wire, then slide the nipple over.

Coil - there is only one on our 80's. FSM gives you resistance readings. Test on vehicle by cranking.

Take the coil lead out of the distributor cap and put very close to valve cover etc - crank engine and should get a healthy spark shooting across the gap to the valve cover. That will verify that the pickup coils in the distributor are ok, that part of the ECU is good, that the igniter is good and that the coil is good.

Thanks guys, will test.


so ECU or coil. it's snowing like a mofo. I'll have to figure out how to check the coil and try that next.

or pickup coils in the distributor or igniter... or could be a dead coil wire - you can measure the resistance of that too and check with FSM value.

You were cranking the engine while putting the coil lead right next to the valve cover etc?

Coil resistance is in the FSM too. Or you could blip 12V across the primary momentarily (disconnect from igniter etc) and see if you get a spark at the secondary (output).

I just replaced the distributor, it was the only one in town, from O'Reilly auto parts, what are the chances the pickup coil in the distributor are bad on a brand new one?

Pickup looks like it's in the distributor itself. Car started this morning, just started really hard, so not sure if it would be the pickups or the coil still.

(Full disclosure: I don't know what a pickup coil is in the distributor. I'll google it and try and find out)


still trying to figure out easiest way to test the coil, and also highly suspicious of the fusible link. Lots of threads indicating that might cause this.
Last edited: Jan 23, 2017

If you think it could be fusible links, do you get the CEL coming on when you turn ignition key from off to on (not start, just to on)?

Pickup coils are used by the ECU to determine crank position for firing the coil (via the igniter). The coils can go bad (corrosion etc) and then the ECU has no clue when to fire the igniter (just in front of the ABS 'stuff' bolted to a bracket on the DS fender). If the igniter doesn't fire then the coil wont be fired and you get no spark.

Just checked, NO CEL when I turn the key to the on position.

Also 6.66 OHM resistance on the coil to distributor cap wire.

I don't know what resistance should be but I'm guessing that CEL not lighting up means my fusible link is bad?

Yep, you need the CEL to come on. Fusible links are the common cause for no CEL when key goes from OFF to ON position.

You've likely found the cause of your problem (fingers crossed).

There are three fusible links, I think I read in the emergency troubleshooting section that it's the third one...
I'll probably replace all three just cause I'm tired of messing with this thing in the freezing cold snow.

goneballistic said:
Just checked, NO CEL when I turn the key to the on position.

Also 6.66 OHM resistance on the coil to distributor cap wire.

I don't know what resistance should be but I'm guessing that CEL not lighting up means my fusible link is bad?
Click to expand...

Where are you located?

The fuseable link is one unit that gets replaced and is OFTEN a cause of no start conditions. Here is what it looks like: 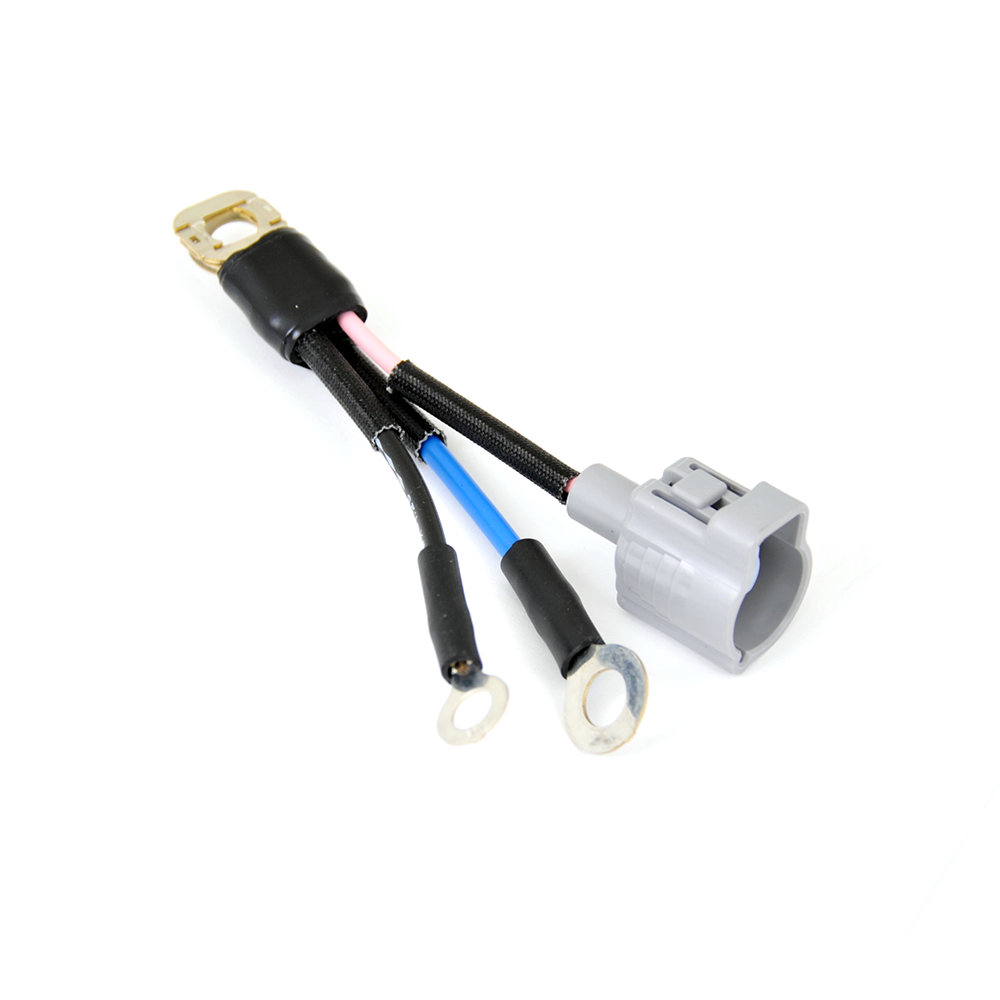