LX450 EXTREMELY hard start or no start when cold or wet.

I don't know what resistance should be but I'm guessing that CEL not lighting up means my fusible link is bad?
Click to expand...

I'm in Provo Utah, about an hour south of Salt Lake.

Oh THANK YOU for that doc NLXTACY, that is going to be super useful. I have never checked the ignition parts before. I wasn't sure where to start.

I'll run this table tomorrow and see what we get.

Thanks man, I really appreciate that.

goneballistic said:
Just ordered two new Toyota Fusible Links, will get new cap and rotor tonight. Also ordered new Denso Spark Plug wires and will replace the plugs as well. This engine has been running well but has 246K miles on it, so it's not new.

@Madwatch Thanks for the tip, I was considering replacing the entire starter, any reason to do so such as other parts wearing out or should I just replace they Solenoid?

I guess I could start with that and go from there. I think I replaced the starter brushes when I did the head gasket at 170K but I honestly can't remember....


Ok I'll try this stuff and see what happens. It's really irritating and may wind up costing me a new truck if my wife loses faith in this one.

Of course that means I'd get my truck back.... so there's that.
Click to expand...

Before you replace a starter, search for a rebuild shop in your area; they're pretty common as this is a simple job, if you have the tools and spare parts, which are also common. I had a starter rebuilt, while I waited (an hour), for $50 last year.

TL/DR: It started right up after new fusible link and new spark wires.

I finally got to the Lexus dealer and got a fusible link (funny story, 10 bucks at toyota, 15 at lexus, same part number. Lexus had it but Toyota needed to order it)

The other day I replace the cap and rotor, which looked OK but had some wear. The cap "points", the little metal spots inside the cap the rotor hits looks pretty worn down and scorched. That didn't help as I said. I also put new plugs in, as the existing plugs were in it when we got the truck years ago. The gaps on the plugs were HUGE, almost twice my .032 feeler gauge. I didn't even have a feeler gauge that fit it they were so worn.

So I got the fusible link today, and pulled the battery out, it has a weird sort of "screw on" battery connector, the wire pushes in the back of a big nut, the nut screws into the body of the connector and pinches four fingers down into the wire.

as i was taking it off, the Fusible link, the one with the plastic connector, literally pulled right off the main wire bundle. Someone had stuffed the fusible link into the main cable and jammed that whole mess up in the screw on connector. It looked like only a few wires were still making connection.

so I got cautiously optimistic, but have been burned before when I thought I found obvious problems so tried to stay calm.

I replaced all the fusible links, which was actually sort of a PITA given how cold it was, and trying to get that main + wire stuffed back up in that connector and holding solid.

Then I screwed the stock connectors on the new links under the screw that tightens the clamp.

I also replaced all the wires with NGK premium wires, which was a MUCH bigger PITA than the fusible links. getting back into 6 is a hassle.

After I got it all wired back up, connectors pushed on and wires routed, I went in the cab, was so scared to turn the key.

Started right up, in a half second. It hasn't started this fast in *YEARS*. It always takes a second or four seconds of cranking and this time fired right up in what felt like half second.

so problem solved! and apparently this is long running problem as the Fusible Link has not been connected well to the battery and was instead shoved in that main wire bundle and clamped down.


I am worried about the main wire coming out while driving, I cranked it down as tight as I could but it didn't seem completely solid, I managed to pull it out once the first few times I tried it. I am going to get my MAPP torch out and actually solder the wire into the base nut connector when I get some more solder. That'll make that completely failure proof at that point and it won't come out again.


Thank you so much for the knowledge. I love my cruisers, but more than the cruisers, I love that there are so many people willing to put brains to this problem and help others out. I really appreciate the help sorting this out. More importantly my wife is super grateful and her truck is running again which is awesome.

Thank you for figuring this out for me. I appreciate it.

Glad you got it going!

Glad to see it's taken care of.

NLXTACY said:
The fuseable link is one unit that gets replaced and is OFTEN a cause of no start conditions. Here is what it looks like:
View attachment 1387983
Click to expand...

What is the part number of that fusible link?
(Edit: I see you sell them NLXTACY...will be placing order ASAP!)

Also, what kind of battery clamp terminals are people using?
My 1995 80 has been hacked and slayed by a previous owner.
A pic of a stock clamp would be nice to see how that gold part of the fusible link fits on.

You can snip the clamping tie further down on the cable to give you more slack if needed. Then re-zip tie.

Sooooo I dug into this stuff a bit yesterday.

Seems like it's been used forever on Landcruisers and others.
Are they tough or flimsy?
What size stud? 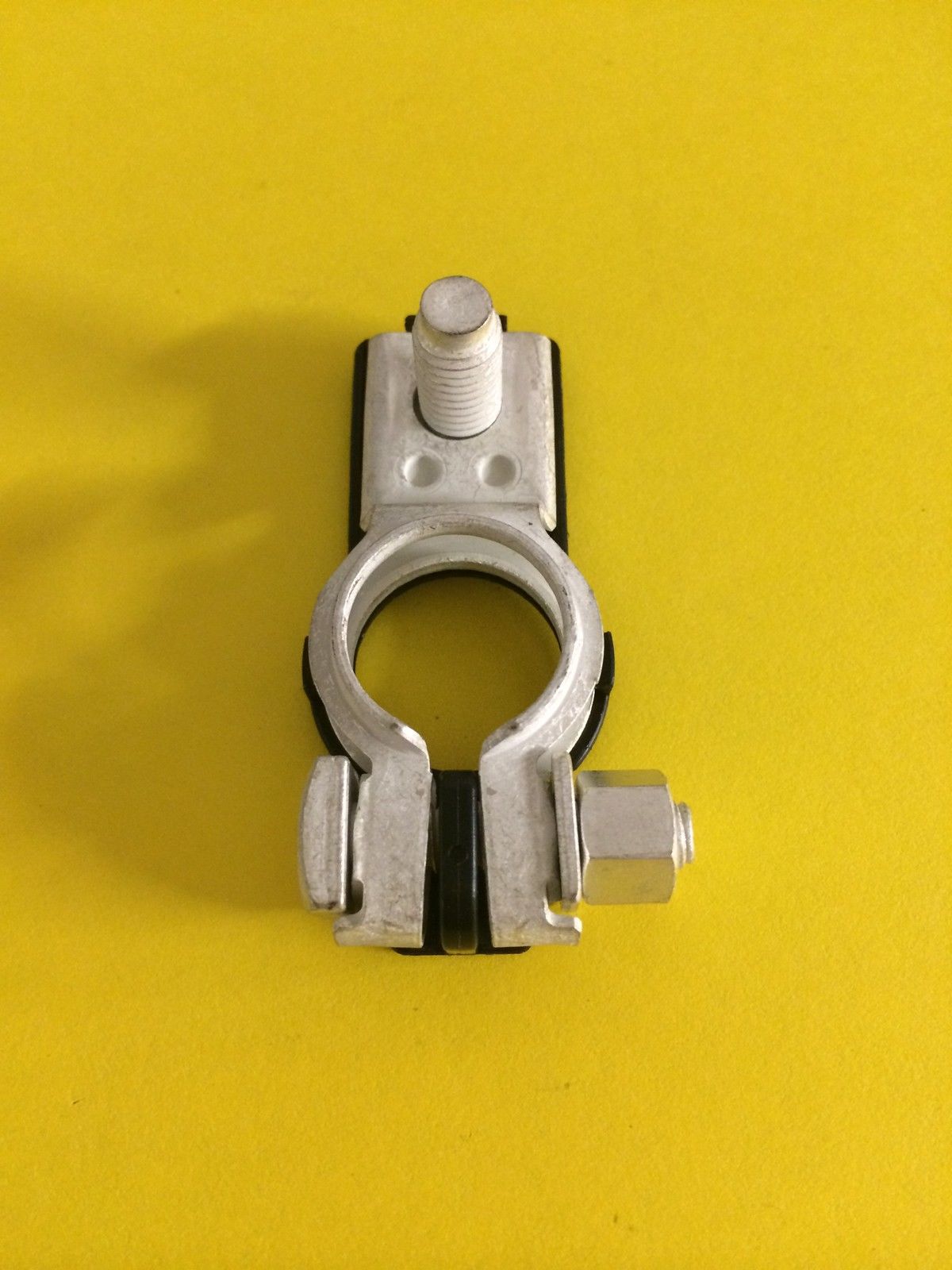 Lose the stock clamps and put on some decent military style clamps. Do the job right or stay home

george_tlc said:
Lose the stock clamps and put on some decent military style clamps. Do the job right or stay home

I do. Now I want to see how everybody attaches their STOCK Toyota LC 80 fusible link to the large bolt on a "military style" terminal.

Note the 3/8" main bolt where you are supposed to attach all wires.

What size is the gold attachment ring on the stock LC80 fusible link? 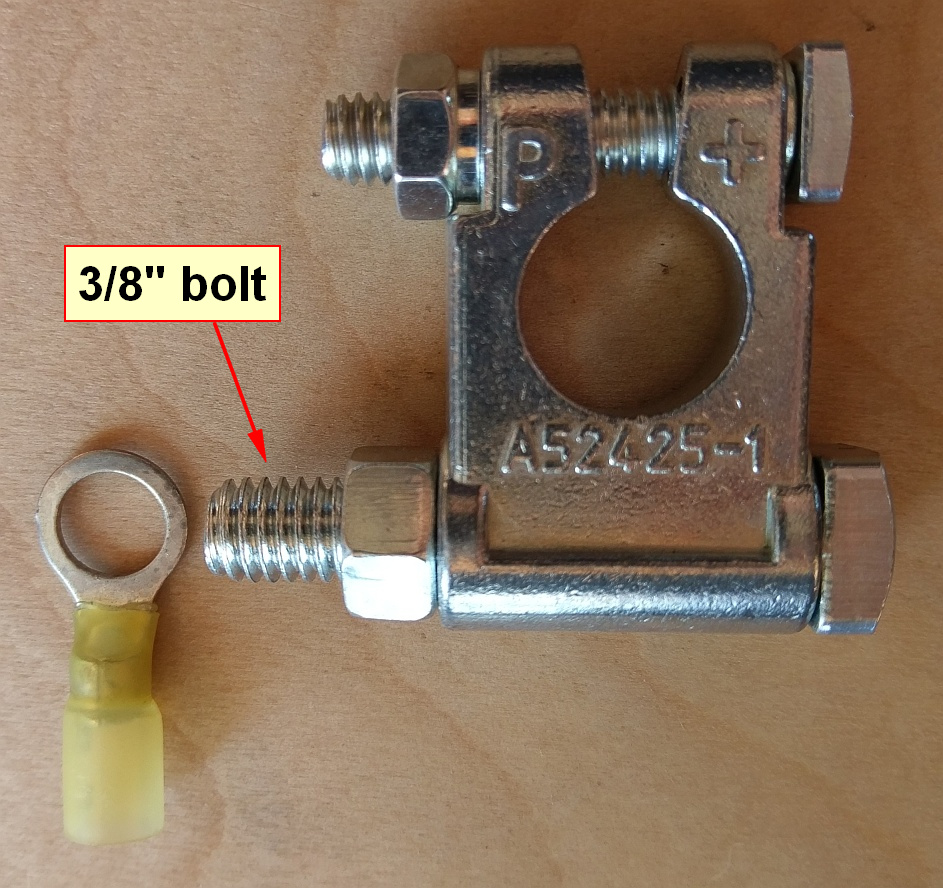 ^ it's called a hand reamer... ream the fusible link hole and it fits just fine

K then.
You have to modify the hole on the stock fusible link to make it fit.

I can also use a thing called a Dremel tool to make the hole larger. Cool, lol.
Last edited: Feb 1, 2017

KoffeeKommando said:
Now I want to see how everybody attaches their STOCK Toyota LC 80 fusible link to the large bolt on a "military style" terminal.
Click to expand... 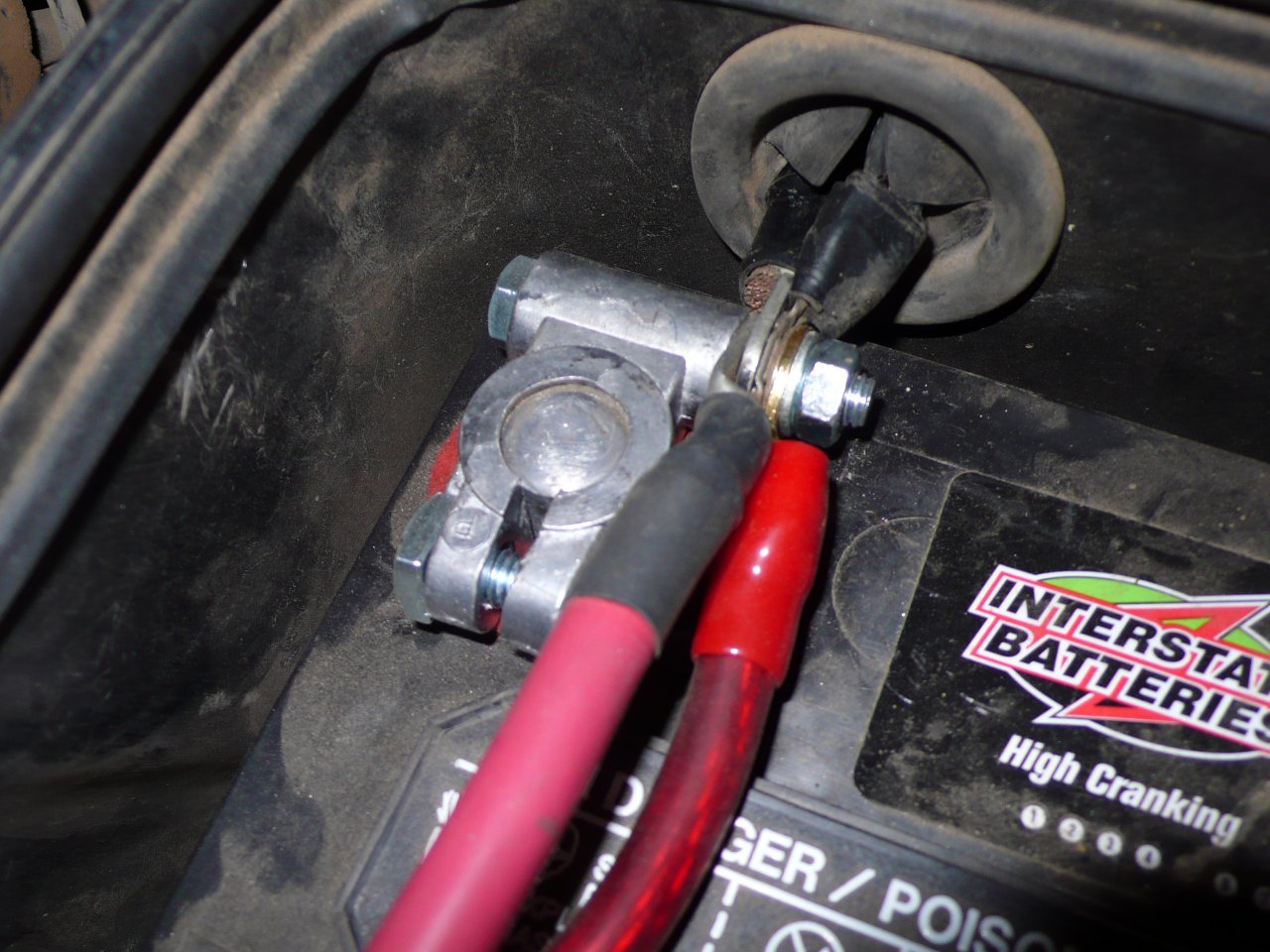 That works too. Thanks for the pic!
I'm glad you're not afraid to reveal the location of your Corbomite device wiring....

S
Preparing to replace head gasket... What do I need? Where do I start?
2