Okay... so, with the 45 I just picked up, there are several things missing. Off of the top of my head:
Need all J hooks for the latches to the cab
Need horn button
Headache rack
Both wiper motors
Gas tank
Tail light assemblies/housings (I have lenses)
Maybe doors

this should be in the classifieds.

3_puppies said:
this should be in the classifieds.

I've got some bug catcher doors.
for a headache rack get with kevin @Awl_TEQ here on mud, he has a some assembly required reproduction.
Click to expand...

And they are nice as all his parts.

Okay. Instead of moving this thread to the classifieds, I'll just confuse everyone and change the thread title.
Since being back stateside, a little over a month now, it is time to start playing with land cruisers again. I acquired a 45 a little over a year ago that is making its way to Louisiana in a few weeks.

A couple days ago, I blindly stumbled upon another fj45. I was actually having a diagnosis run on my wife's Touareg. We were told that a guy had an imports only garage on the outskirts of Deridder, LA (very small). We did this because there's not a VW dealership within an hour in all directions.
So, we took it to the small import only garage... turned out to be nothing. But, as we were taking off the small garage/trailer sales place had an old 40 out front. I went in to inquire about it. The owner told me the price but said he had others in an old building on the property. We looked at a couple 72/73/73 projects, nothing super impressive. I thought he was done until he told me he had one more. We walked into another part of this warehouse, and there sat an FJ45. I couldn't believe it. Long story short, we came to an agreement, and now I have 2 45s. Crazy.

Let's get a few baseline pics up because we all love pics! 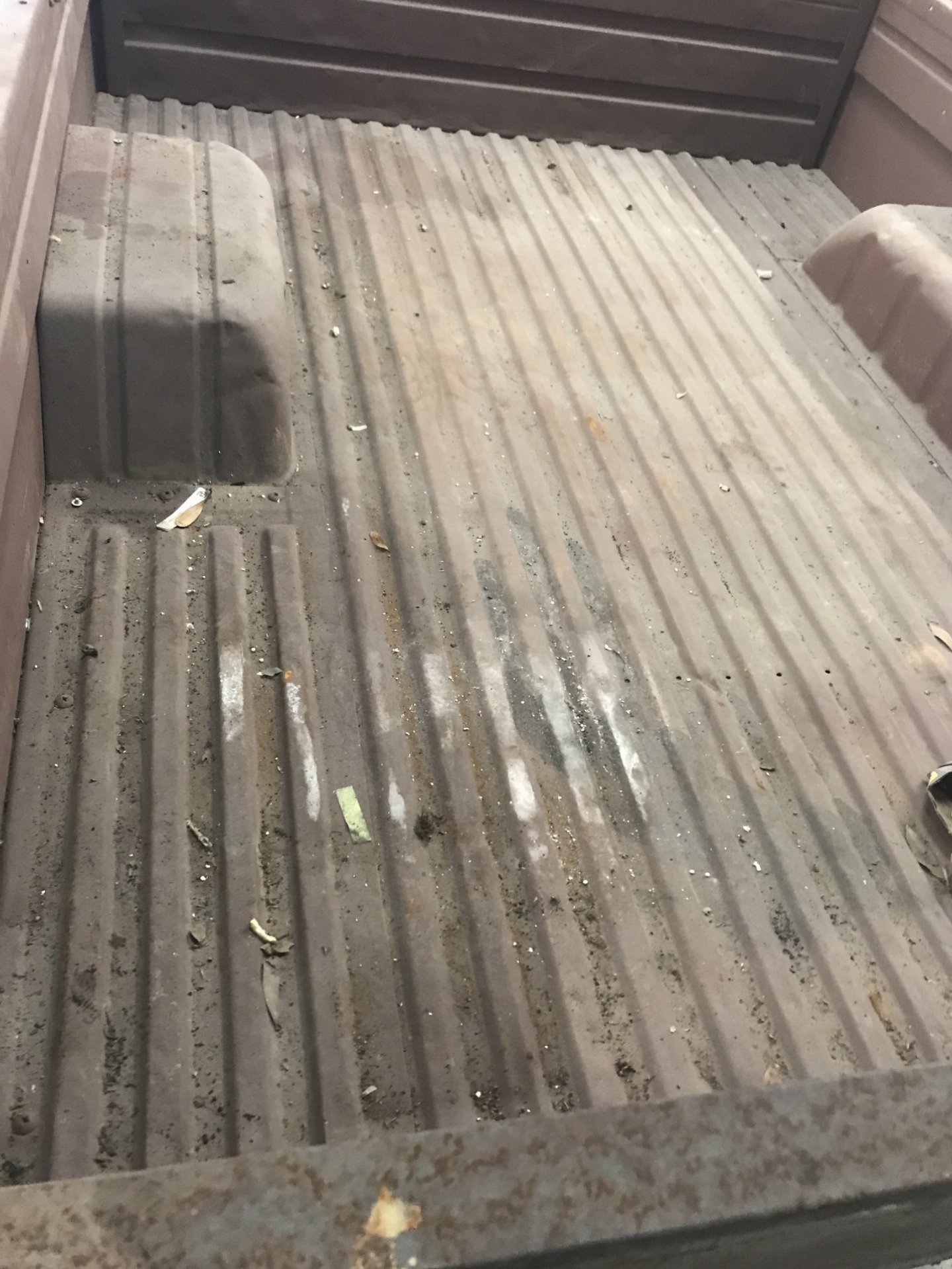 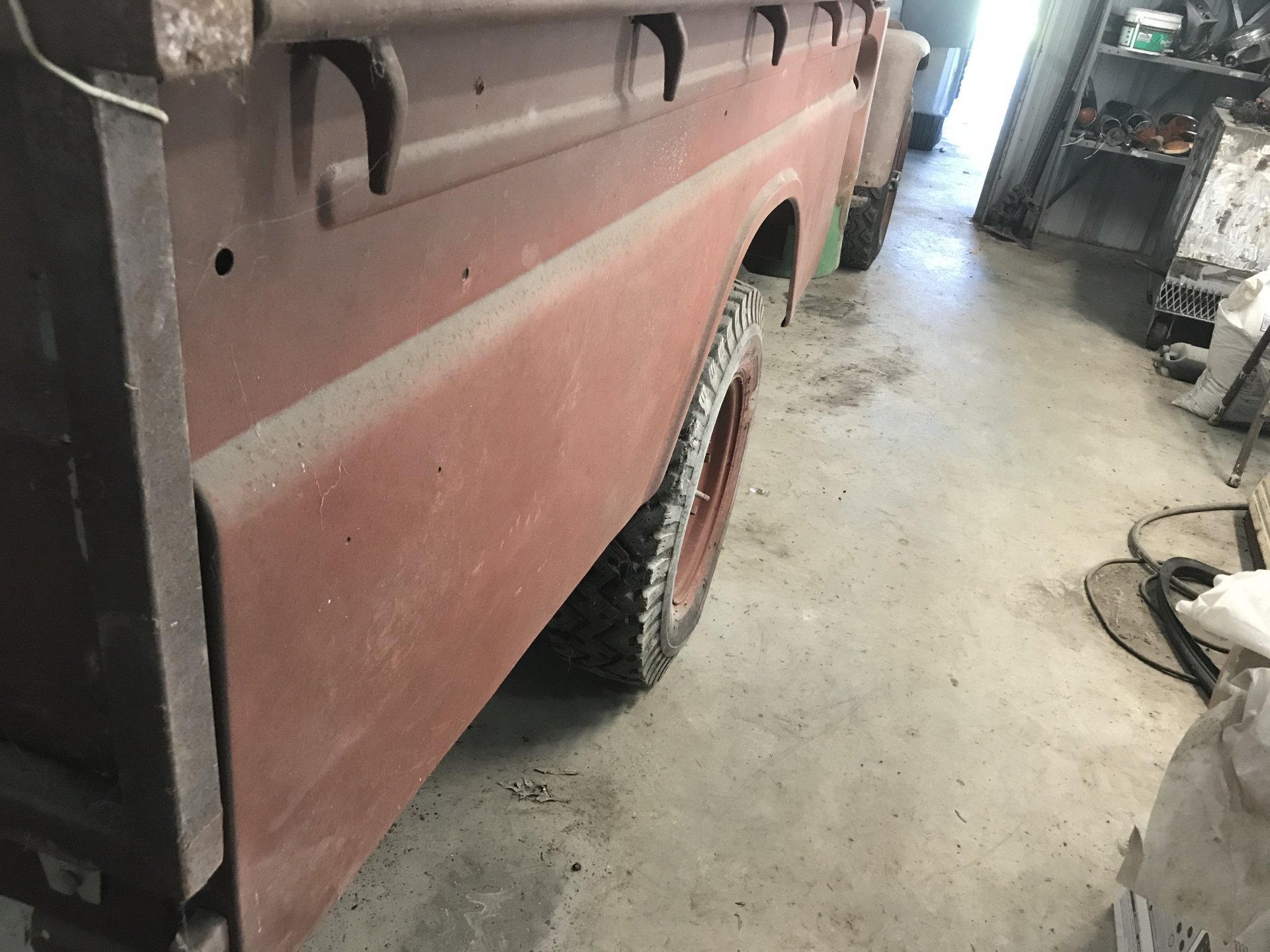 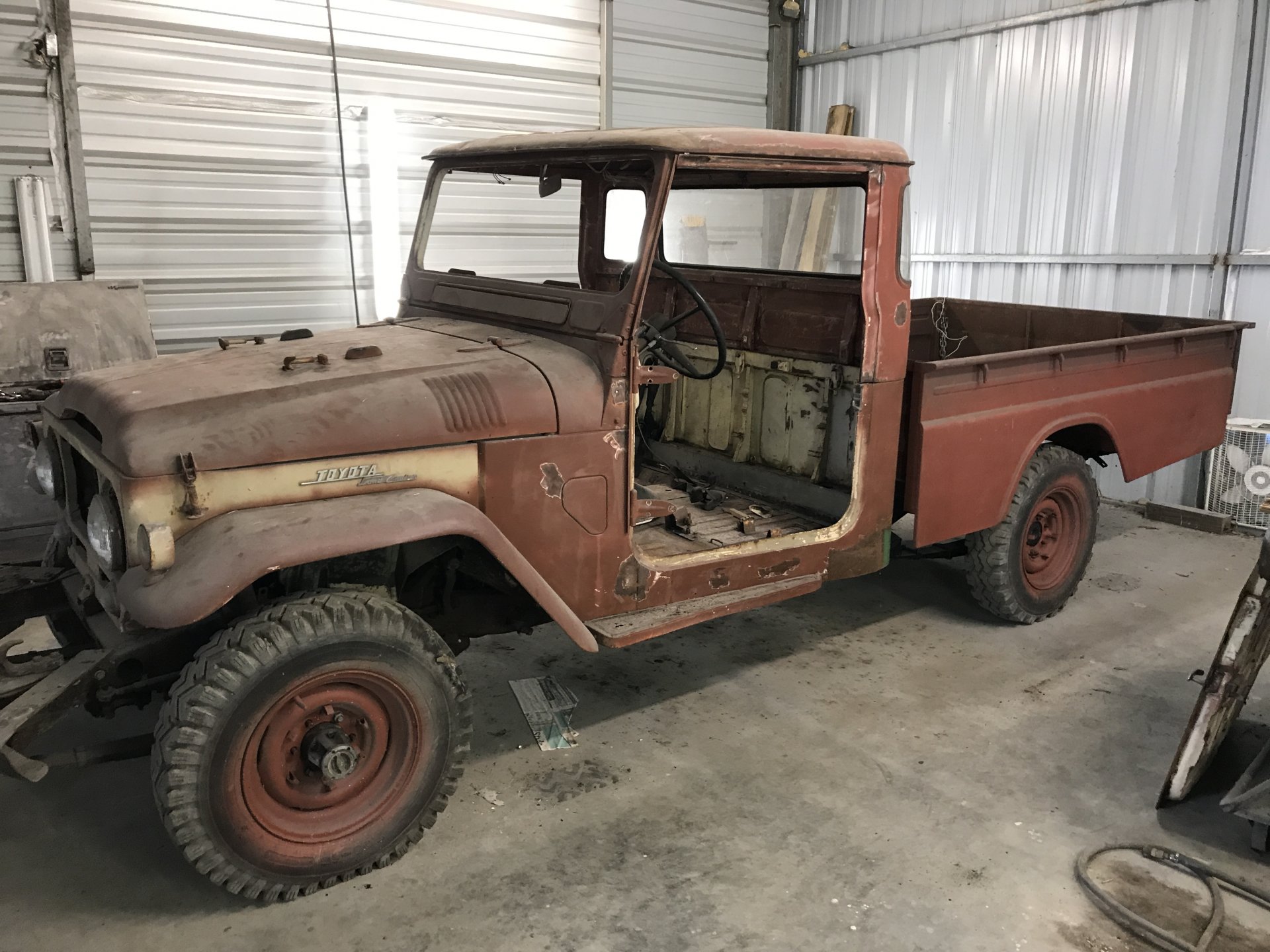 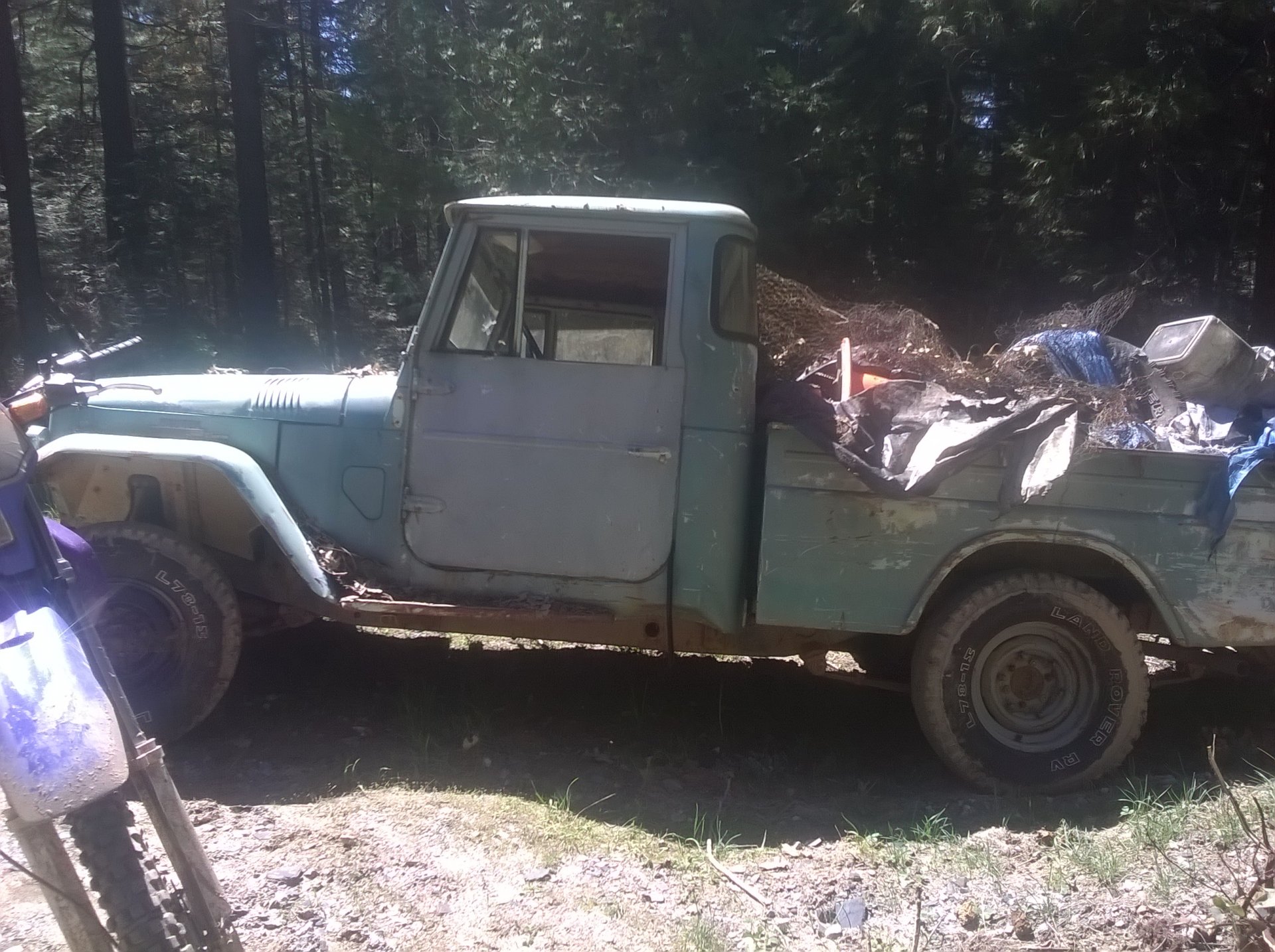 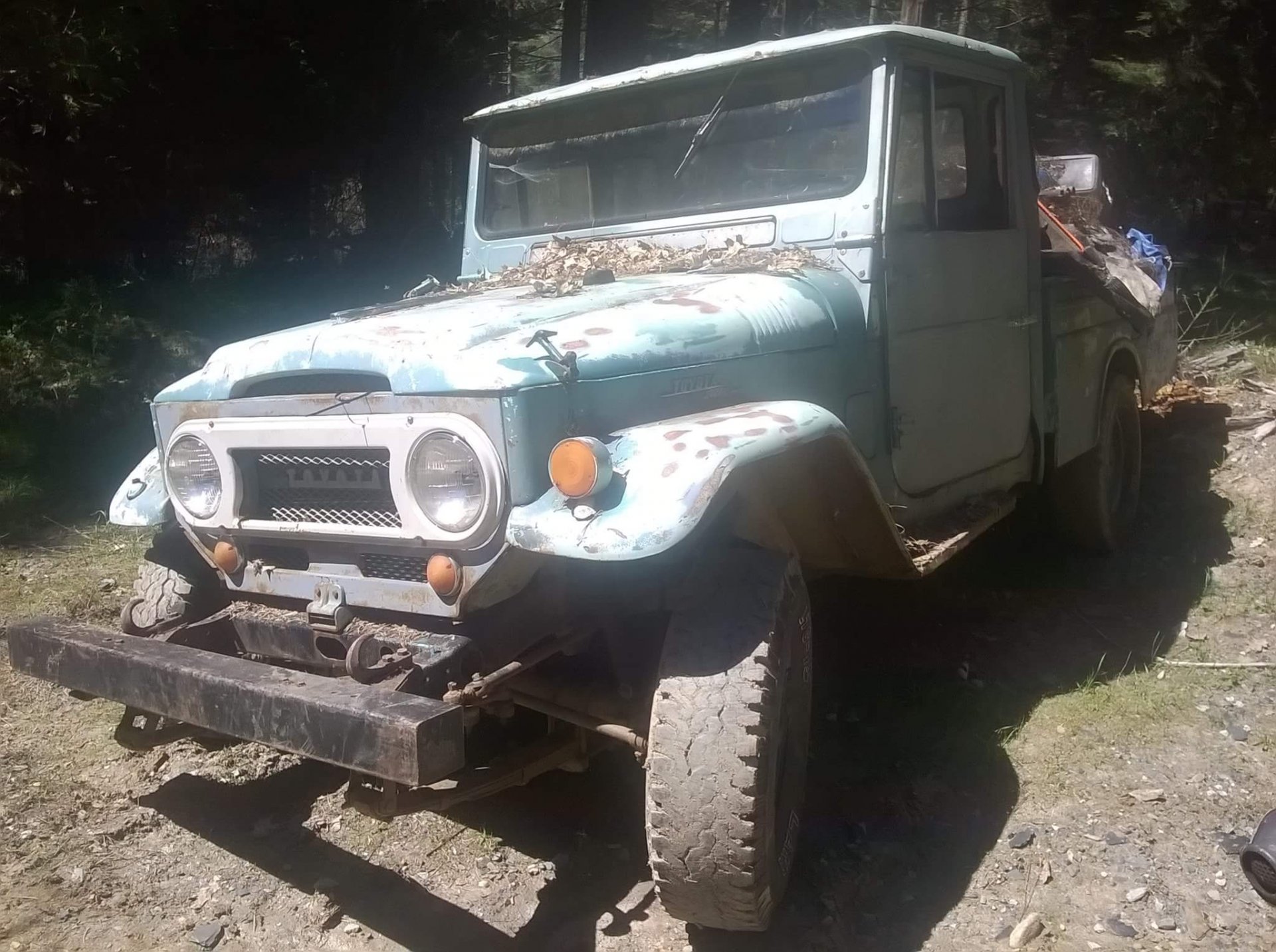 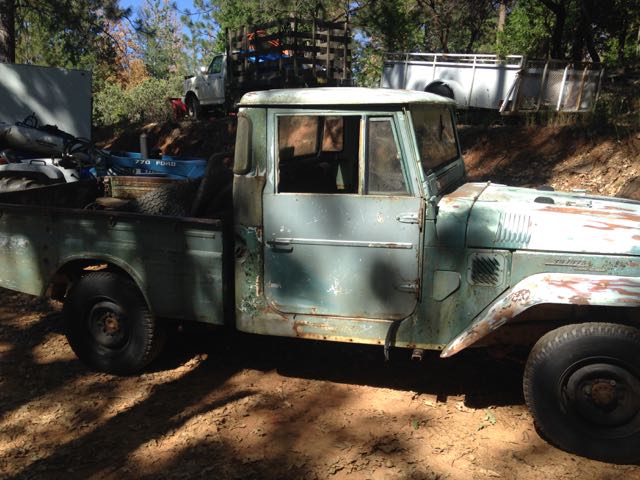 Nice find! What are your plans? Restore them both?

It's nice to know there are still "barn finds" to be found. Good luck with the twins.

Some people have all the luck

The original motor is locked up. So, I'm hoping for a miracle. I bought and poured some Marvel Mystery Oil down each spark plug hole. I'm going to let it sit for awhile and attempt to break it free. I'll let everyone know either way. 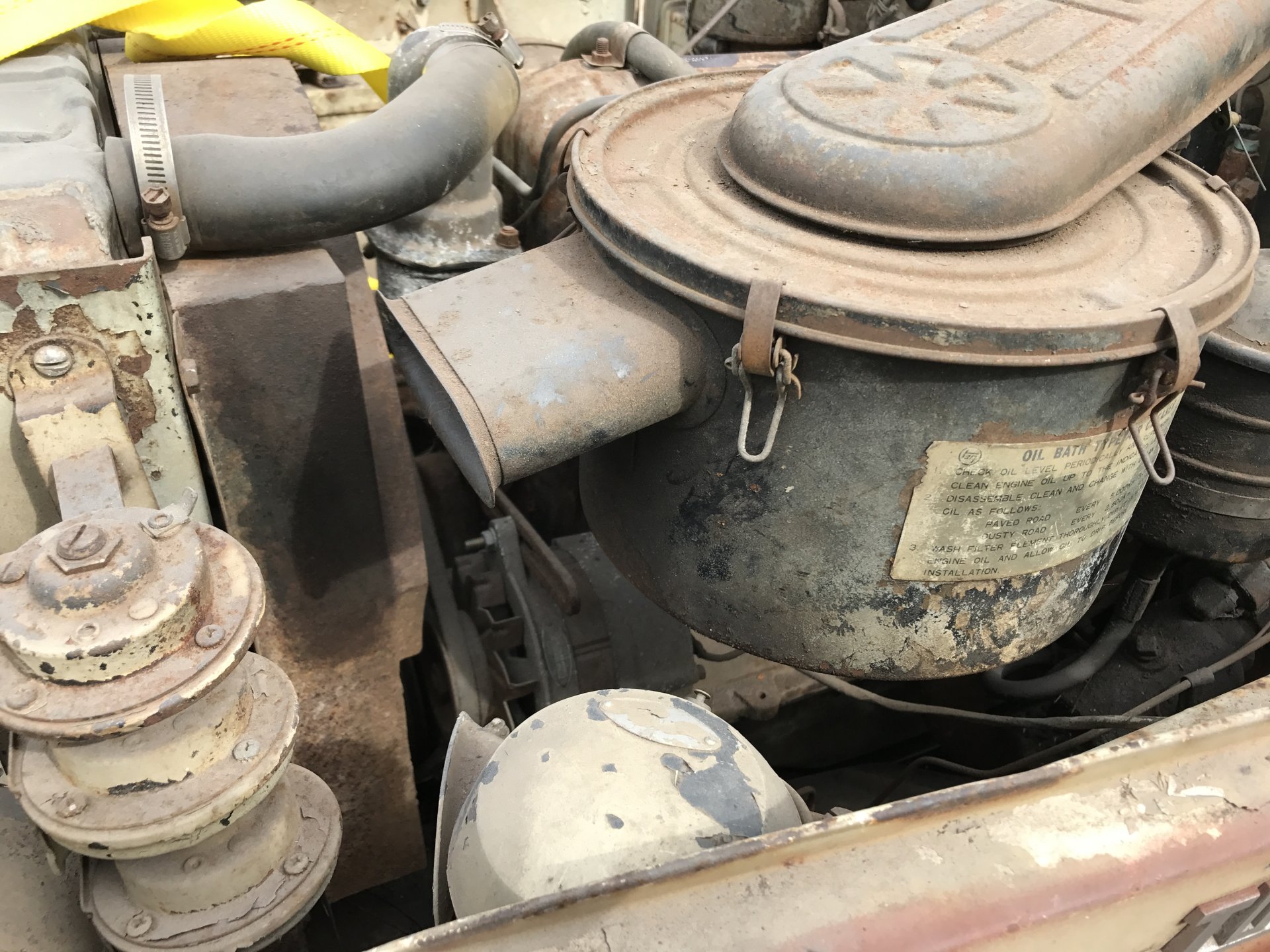 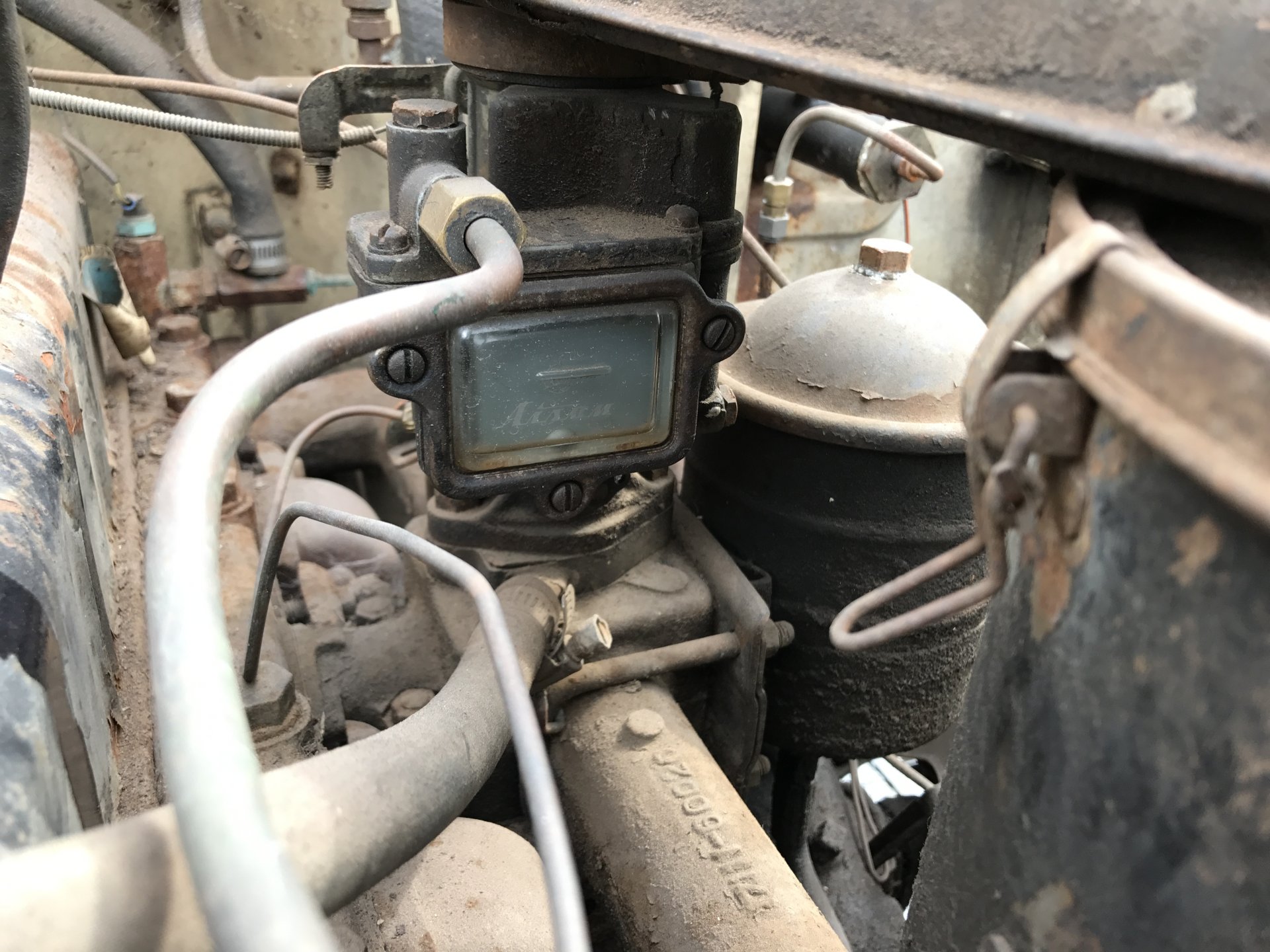 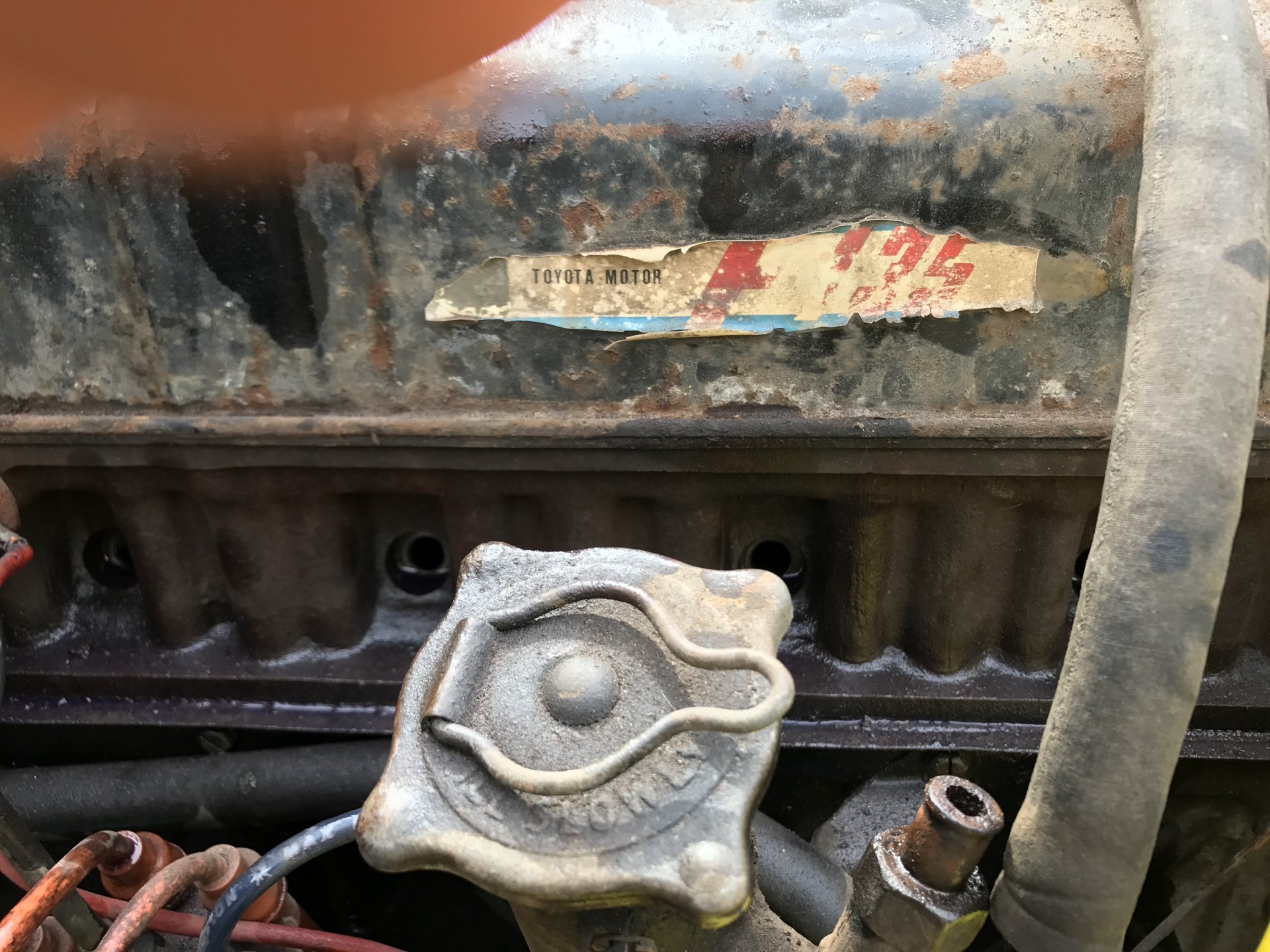 I really like Sea Foam and Marvel oil. The two together are almost a for sure un-lock release agent about 2oz per cylinder that is about one can. Good luck and don't be in a hurry to spin it be patient just nudge it with a wrench on the crank.

76 FJ40 said:
That is a very interesting horn setup. How much of that is original?
Click to expand...


I see the original horn on the fender. Please explain all those extras on the core support.

Ha! Yeah, it has the original elephant horns, one on each side. Not sure about the stacked later horns....? One of those PO mods!