I've had this pickup for about 10 years now. I leeched off Mud on and off over the years for information, and finally made an account about 3 months ago after buying a 80 Series for my wife. I figured I'd at least show you guys what you've helped me accomplish. First, this isn't a trail truck. It's been through plenty of fields and crossed a couple of streams when we hunt, but 90% of the time its to get me back and forth to work. Whenever I bought it, it was painted a sky blue, and after a kid slid into me in 2014, I had it fixed and repainted. Lucked up and even found a camper top to match! 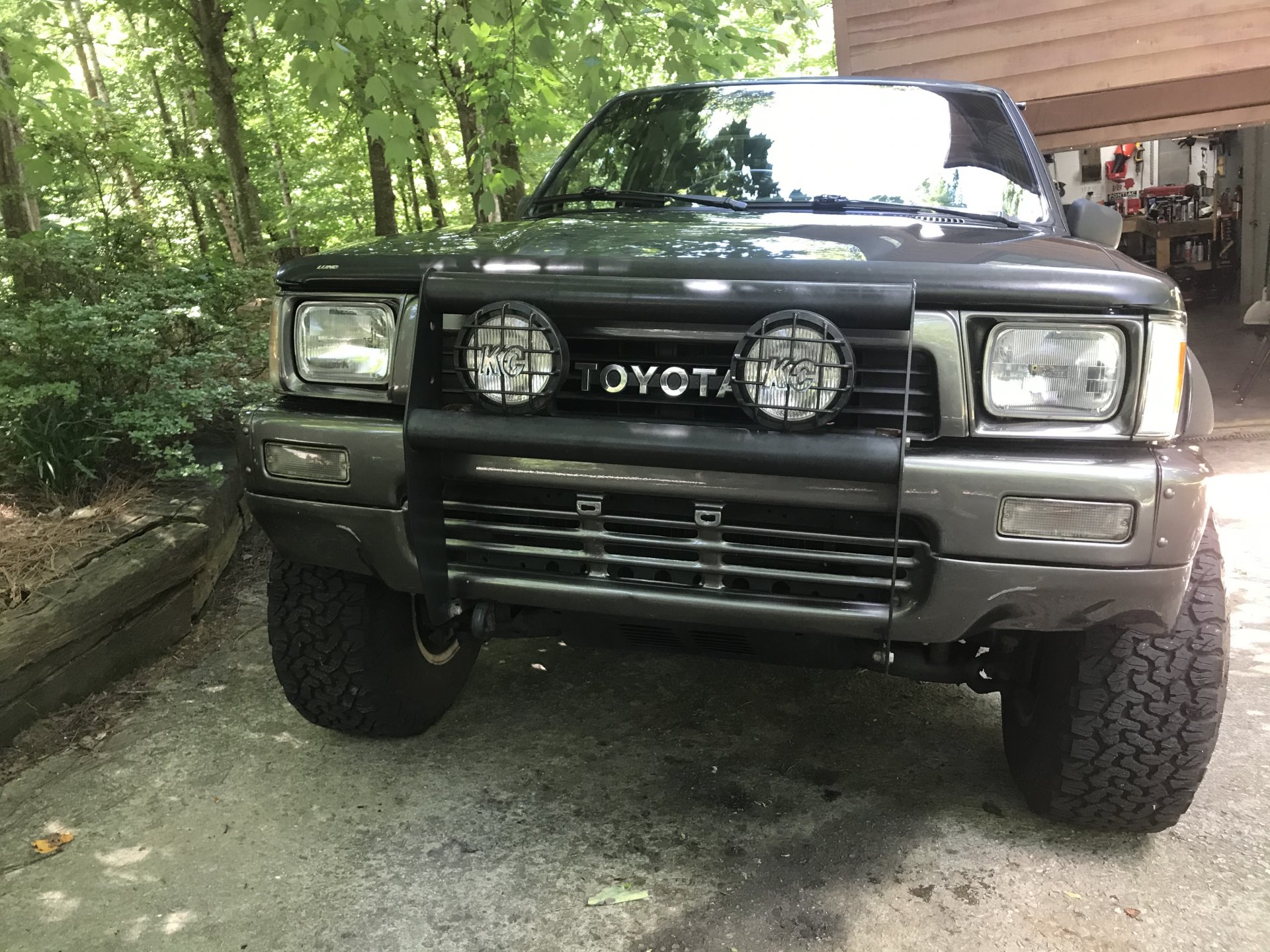 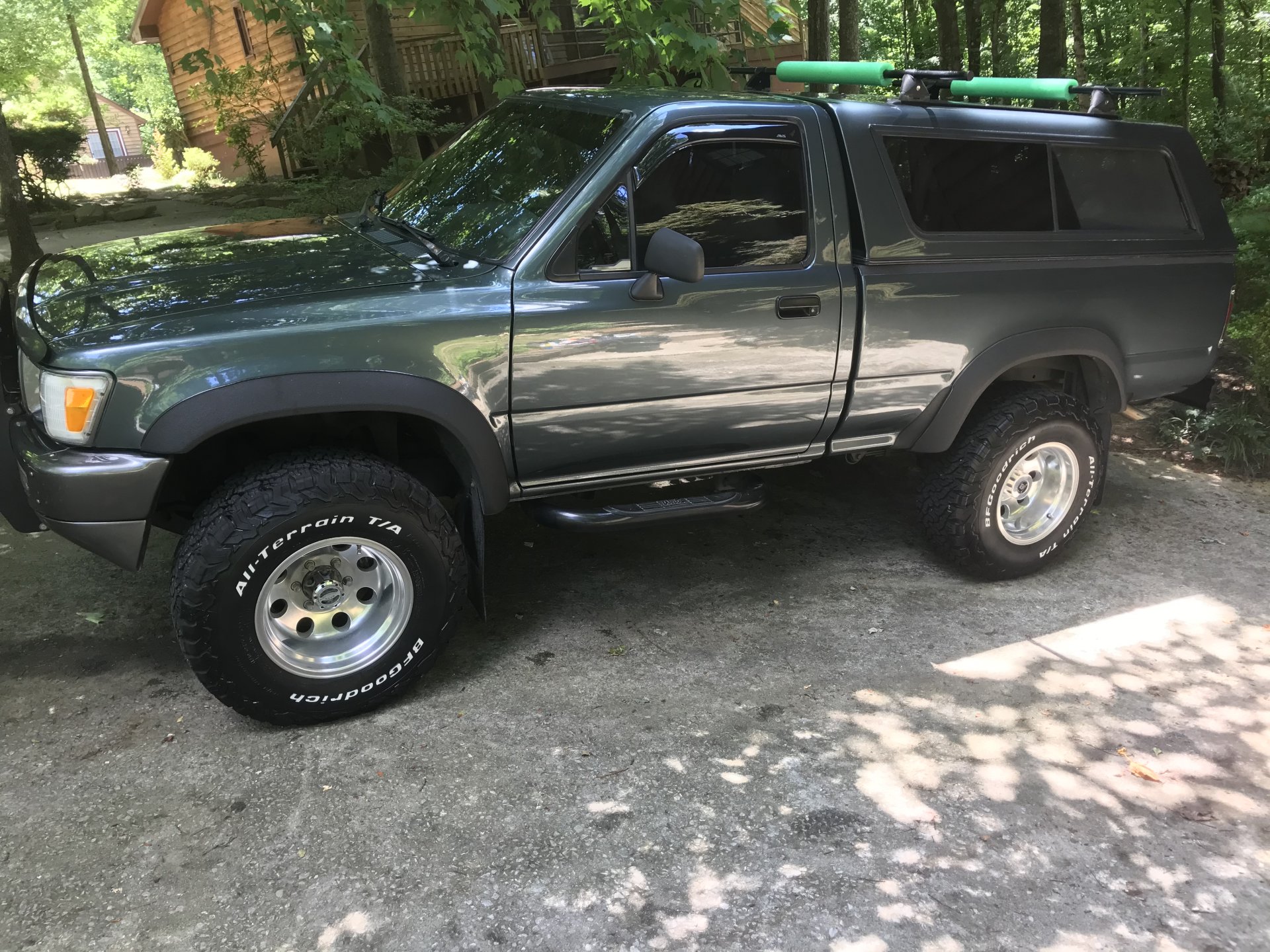 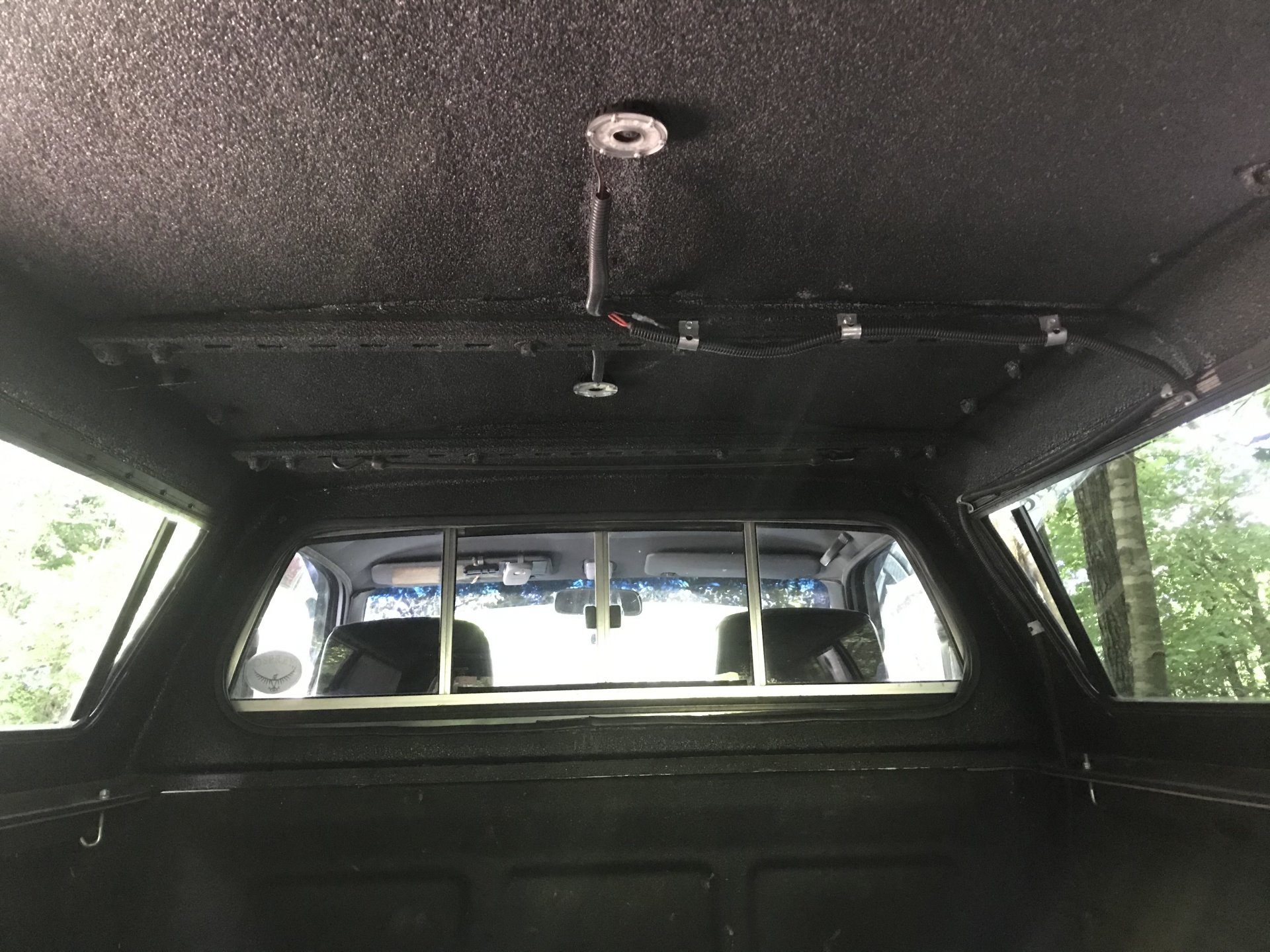 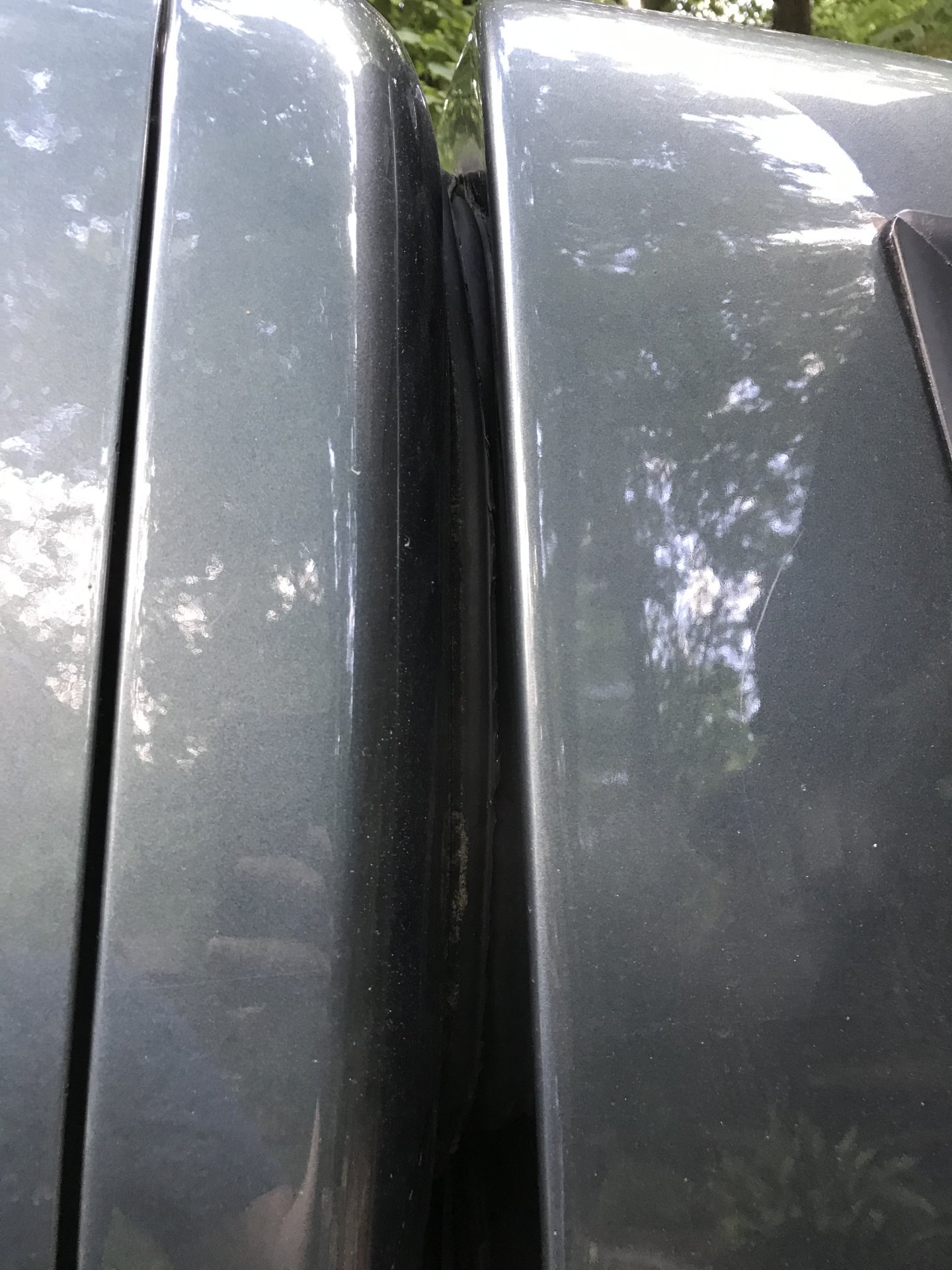 After dealing with rust issues on the 80, I ripped out the jute insulation off of the vinyl and installed an off brand dynamat all throughout it, and it helped A LOT. The previous owner was also kind enough to put housing insulation in the doors to keep the windows from rattling. They obviously absorbed moisture, but i was able to take all of that out before the rust went beyond the surface. 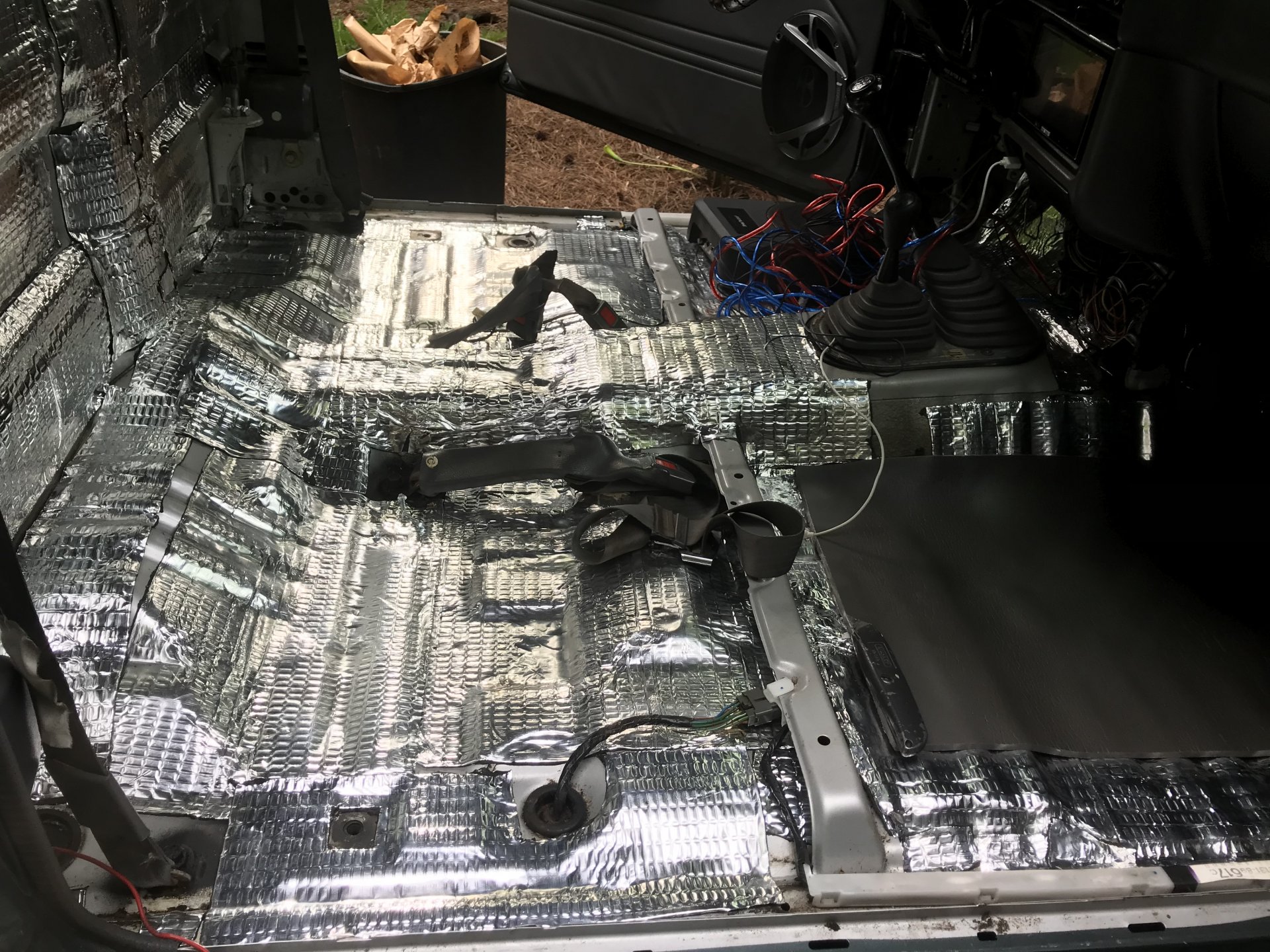 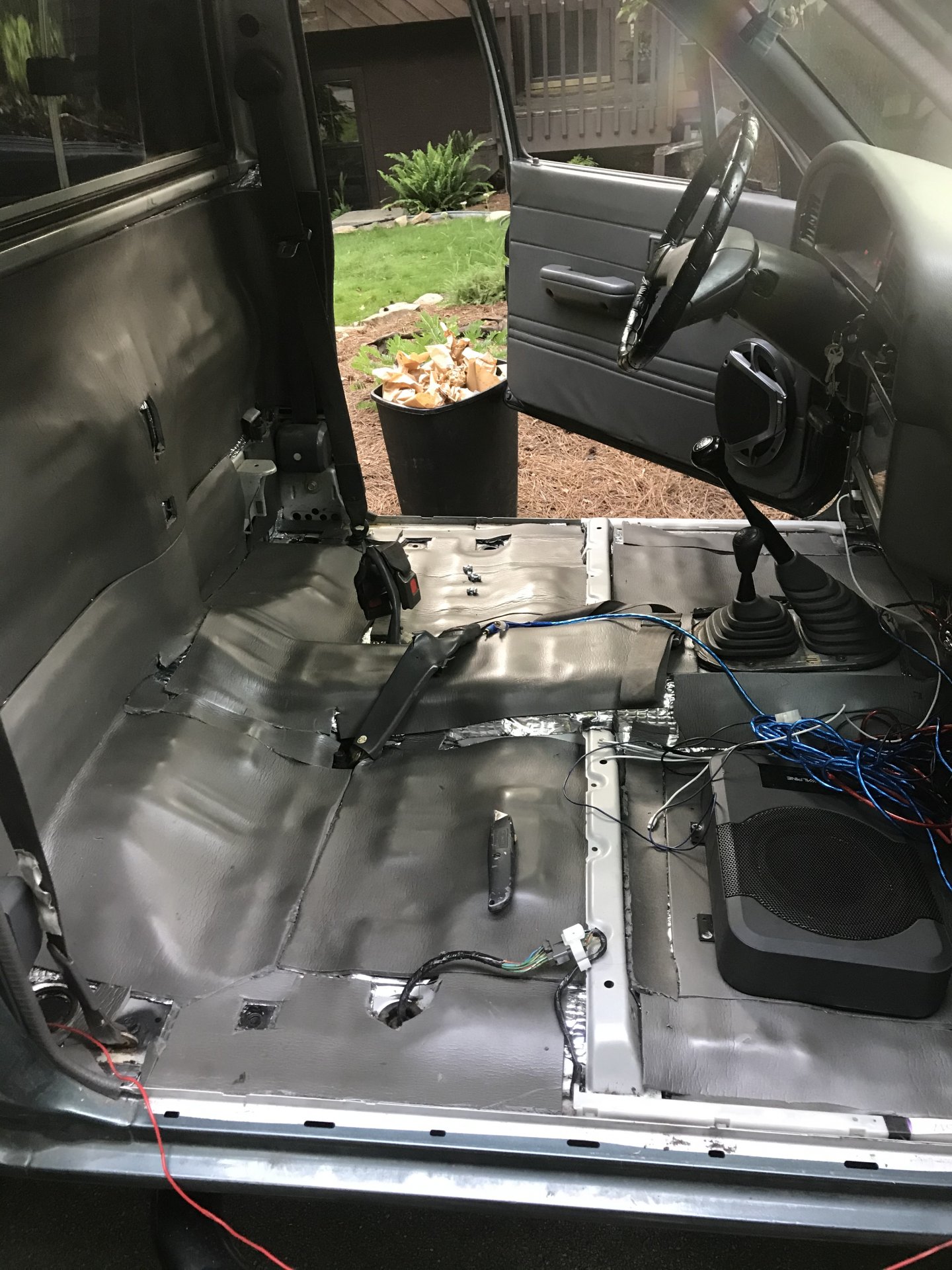 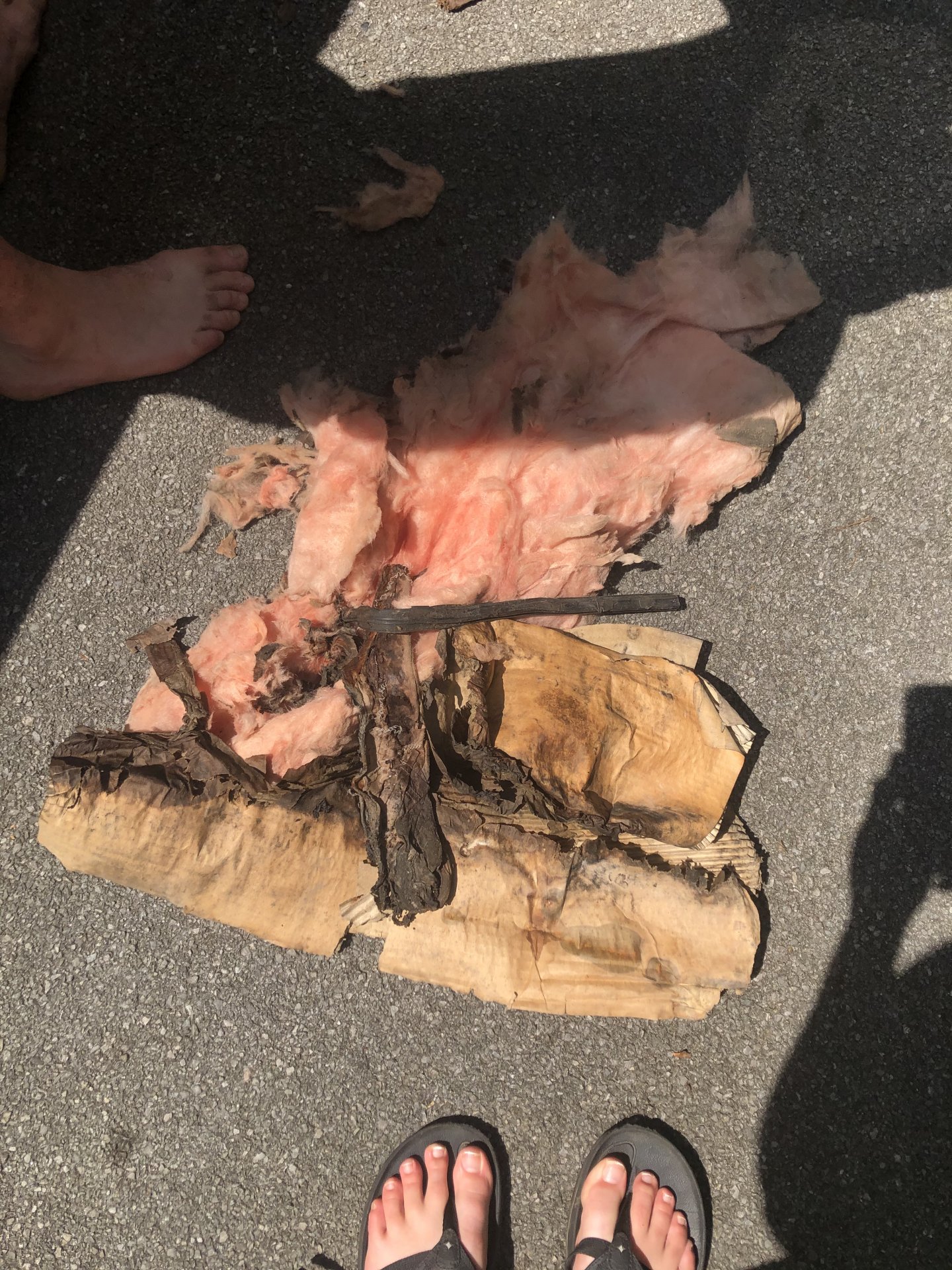 Wireless Carplay is pretty awesome, updated the 6x9s the PO put in, and added a small powered sub behind the seat. 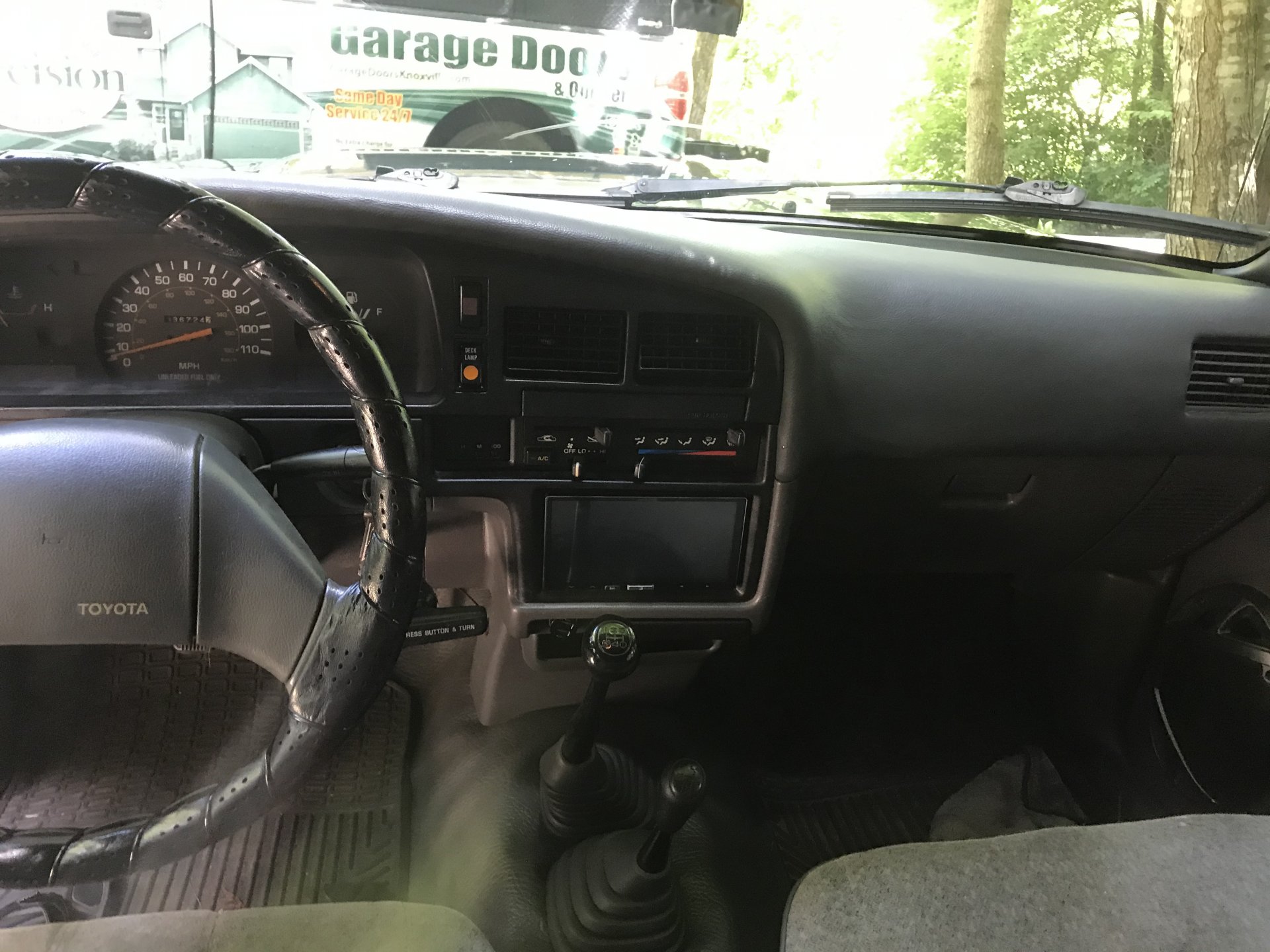 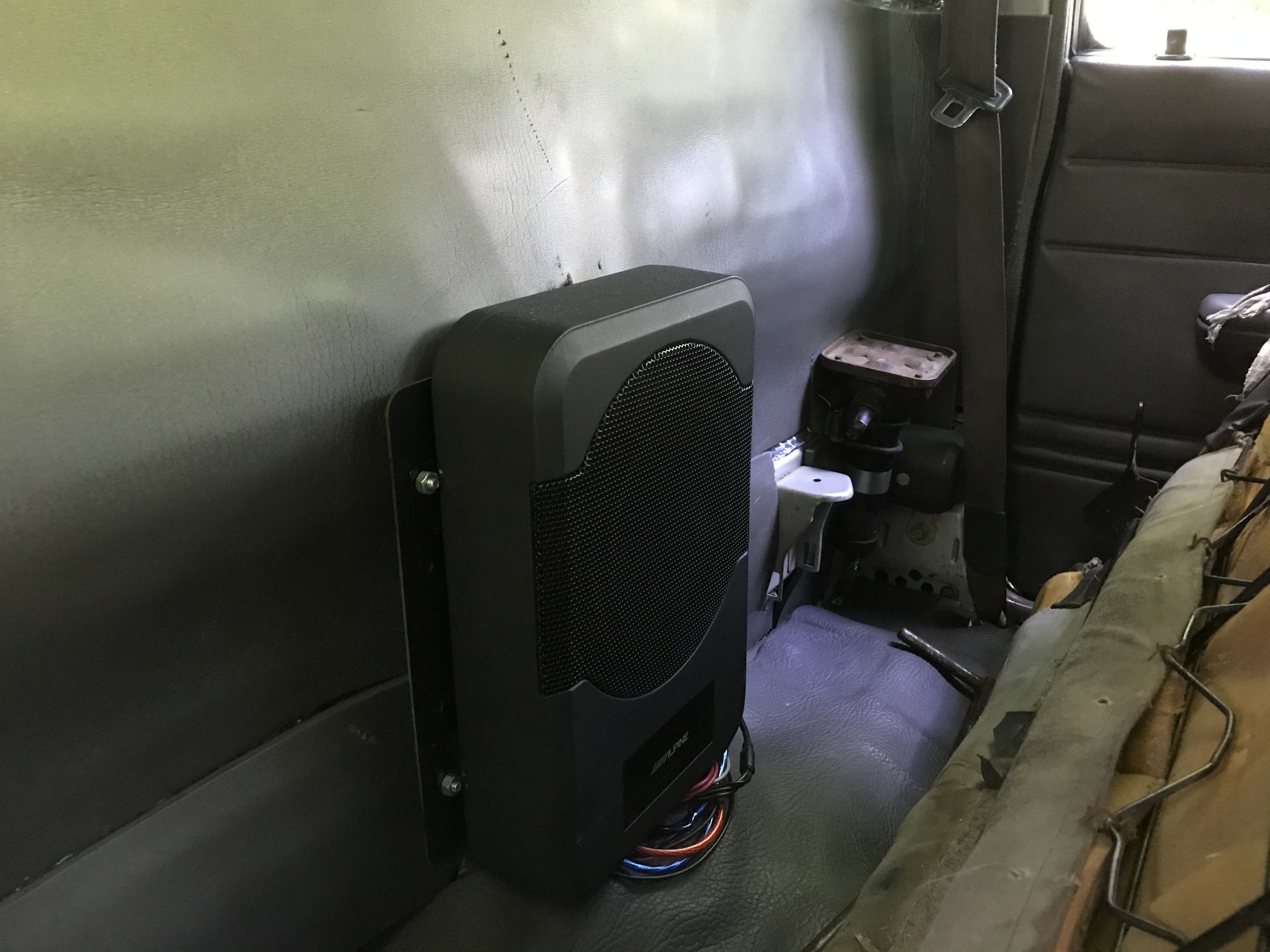 Used an old toy-yoda from my child hood To hold the mic in place, also my attempt at humor. 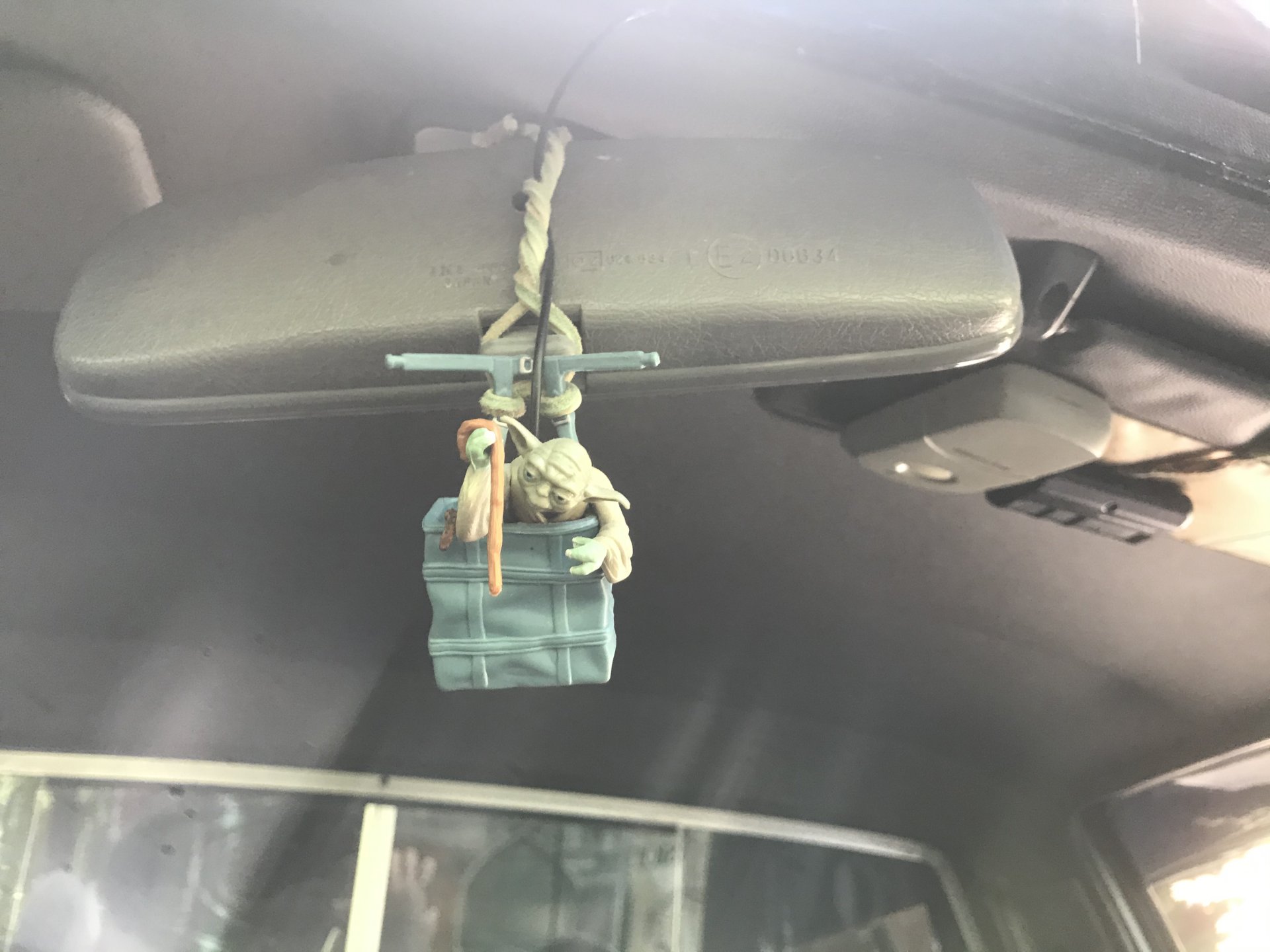 Recently just moved to Nebraska to farm popcorn for my in-laws. Life is busy, but great. A lot has happened since I posted last…

I’ve always liked detailing and cleaning vehicles, but outside of oil changes, I didn’t do much mechanically. I was always somewhat intimidated because that just wasn’t something we did growing up. My granddad was a mechanic, so we didn’t get charged labor, and seemed like a good idea. He had some kind of deal with autozone so anytime something happened, he’d replace it cheap and I’d be on my way. Autozone parts weren’t lasting, I went through 3 alternators in a year and a half, so I decided I should probably try Denso since it was factory. Granddad is hard headed and screeched lifetime warranty, but he wasn’t the one being stranded, so I just did it myself and watched a couple YouTube videos. Turns out, this stuff isn’t very hard. This truck had a lot of leaks under the hood, and somewhat neglected, so I set out to make it as nice as I could all around.

It seemed like everything under the hood had a layer of dirt and oil on it, so I started by just taking stuff off and cleaning it. The more stuff I took off the more I realized why everything was so nasty. Every o-ring, gasket and vacuum/water line were dry rotted and leaking. So I replaced all of it. Sorry there aren’t any transition pictures, I was in the zone and only took before and afters. 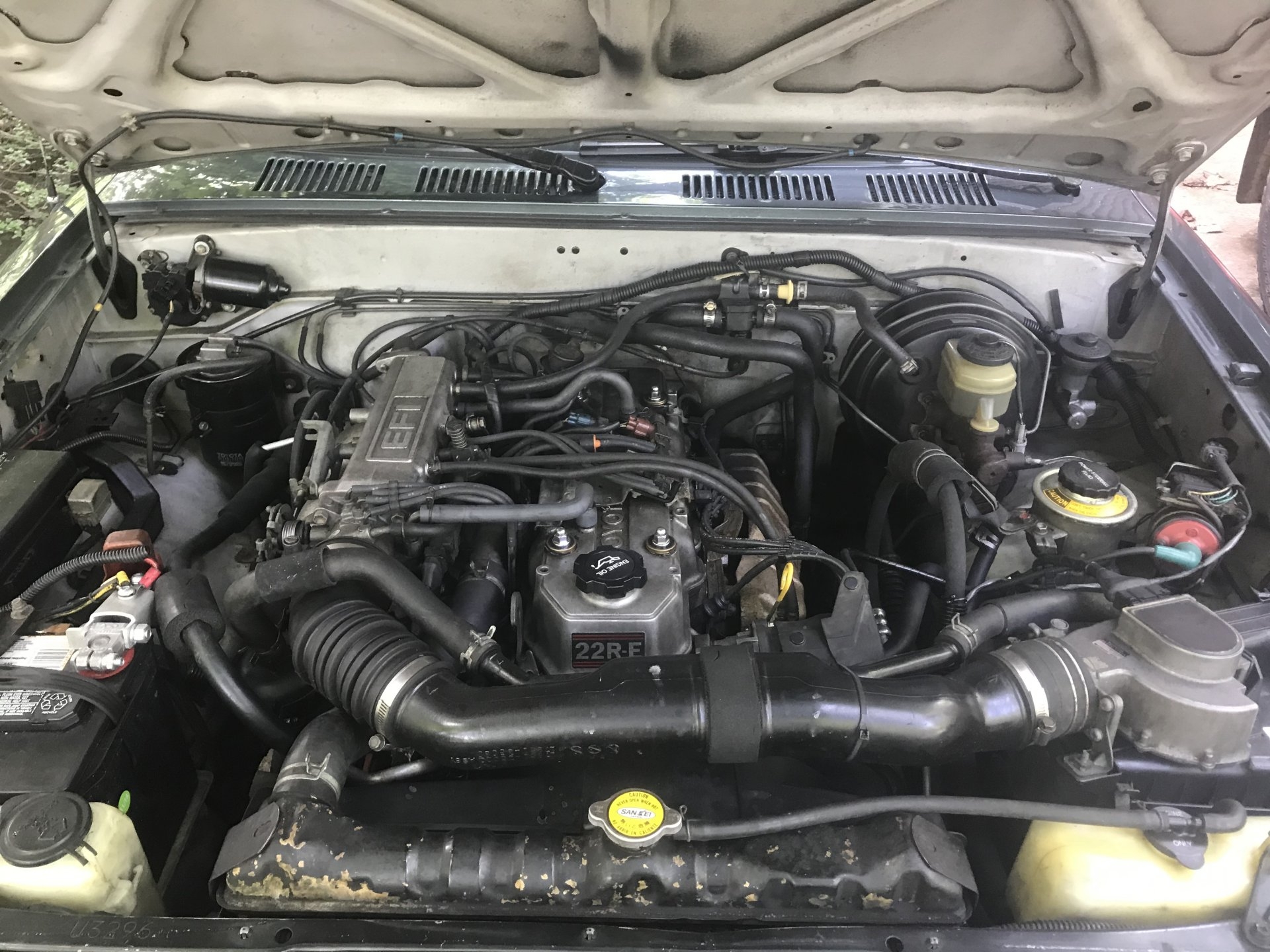 The goal was to stay factory as much as I could. The manifolds were warped, exhaust leaks were abundant even after new gaskets. I heard really good things about LCE’s headers, so I tried them out. They’re incredible. There’s some that say the factory manifolds work great, and mine did for 30 odd years, but this was definitely an upgrade. I liked them so much I sprung for the intake kit…and was pretty let down. It looks neat and all, but no noticeable difference other than noise. Higher maintenance too. 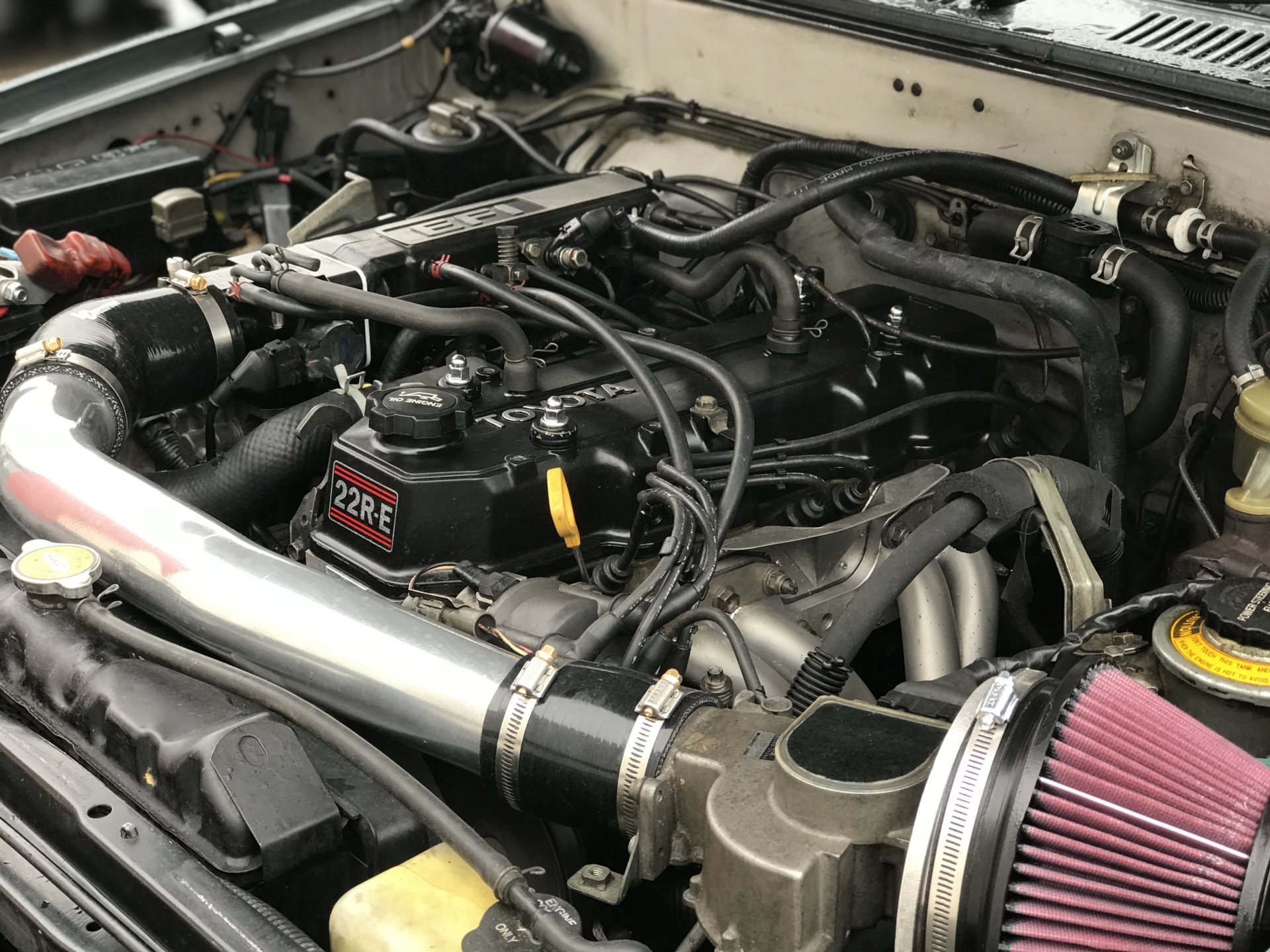 I quickly realized after riding around on dirt roads and washboards, that the suspension was completely shot. My father in law has a lift in his shop, and I’ve taken full advantage of it.

Once it was up, I realized how bad it was. Ball joints were all leaking, tie rods had play in them, CV axles were gone, I’m not even sure how the 4WD still worked, but somehow it did the week before tear down. 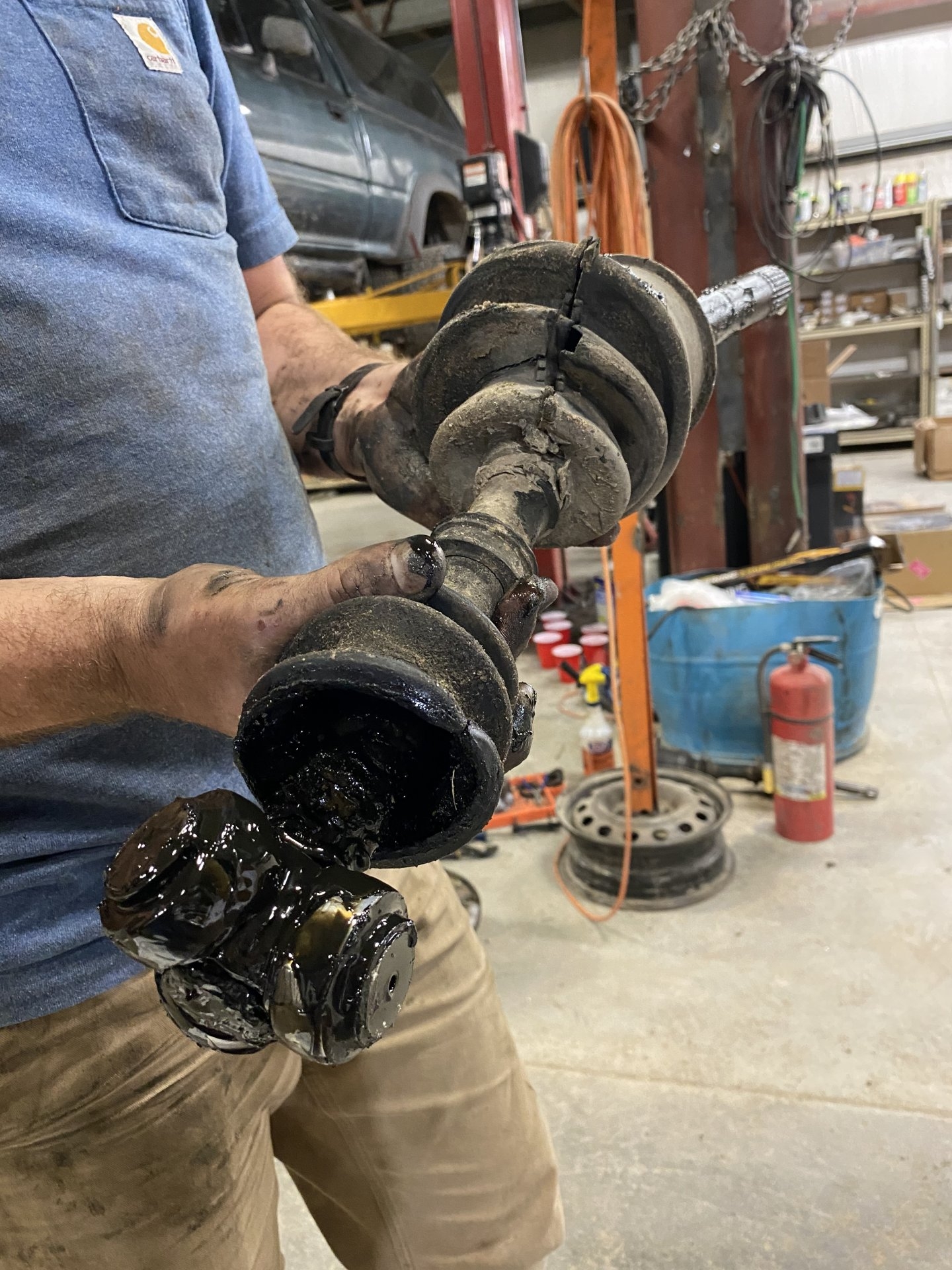 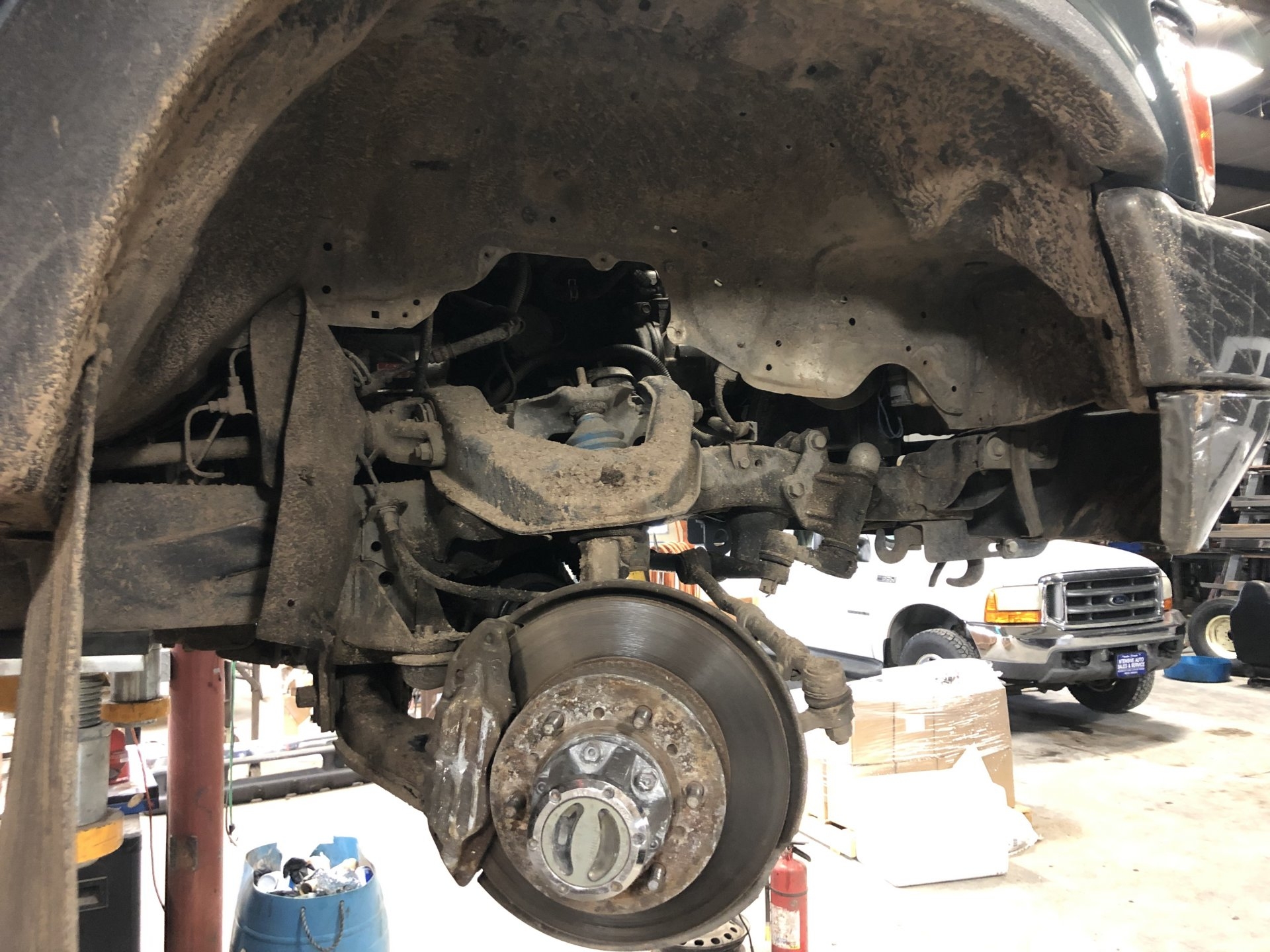 It seems 555 has a decent enough reputation on here, so I went with new ball joints and tre’s from them. New akenbono rotors and pads, cv axles. Toyota control arm bushings, sway bar bushings, spindle bushings, and seals. OME shocks, sway away torsion bars, and a fresh coat of paint all over. Also pulled the axle and resealed the oil pan with ultra grey because the last guy used a cheap gasket that didn’t hold up. 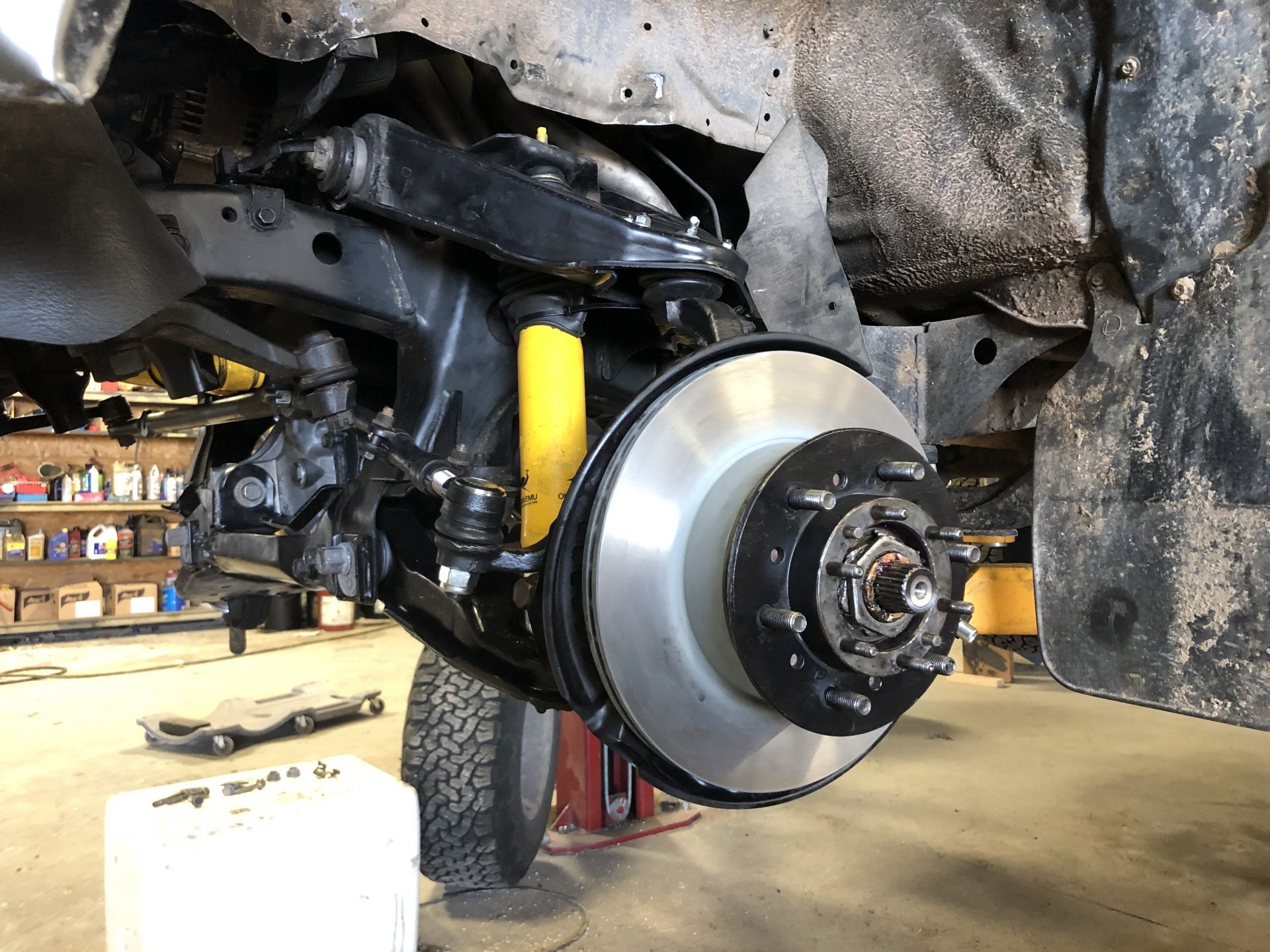 I guess there’s only one idiot in the entire continental US that’s replacing control arm bushings on a 30 year old Toyota, because I cleaned out every dealer stateside and was still short one bushing. The one Im short on is on its way from the UAE, hopefully it doesn’t take too long.
Last edited: Jul 9, 2021
94 Land Cruiser | 89 Pickup


I didn’t know they were bad news. They came with the truck when I bought it. Can you tell me more?
94 Land Cruiser | 89 Pickup

pappy said:
AISIN is a stronger, and OEM option. Warn was frequently used when auto-hubs were removed in favor of manuals.
Click to expand...

Gotcha. I’ll might give Cruiser Outfitters a call while I’m waiting. Thanks!
94 Land Cruiser | 89 Pickup
J

I have some factory hubs from this 86. Unless you're looking for new. 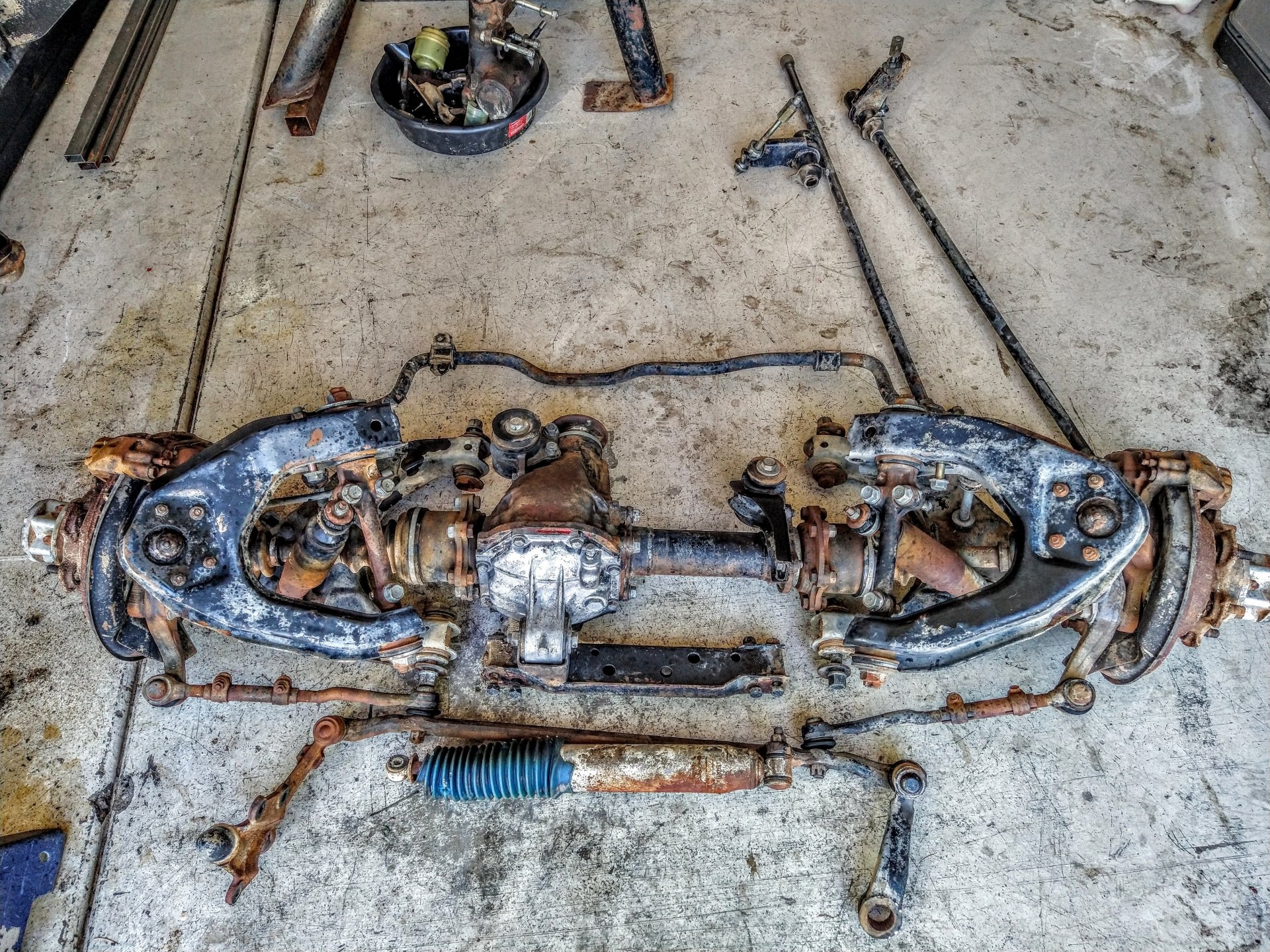 aztoyman said:
I have some factory hubs from this 86. Unless you're looking for new.

Man I really appreciate it, but I’ve already ordered new hubs. Thanks though!!
94 Land Cruiser | 89 Pickup

No worries. I'll just add the wheel hubs and locking hubs to my stash. I'll save cam bolts and such for my buds with IFS trucks. Anything they can use won't go to waste but, I need to get rid of most of this stuff. Factory Toyota parts are hard to beat.

That is the way to do it. Your truck should go from feeling like a wet noodle to like its on rails.

Got her all put back together and it’s rides so much better. Thanks for the suggestion on the hubs @pappy. Now we’re just waiting on torsion bars from sway away.

I think next on the list is to replace the worn out bench seat with some bucket seats from Corbeau. They even make frames as well. Thoughts? 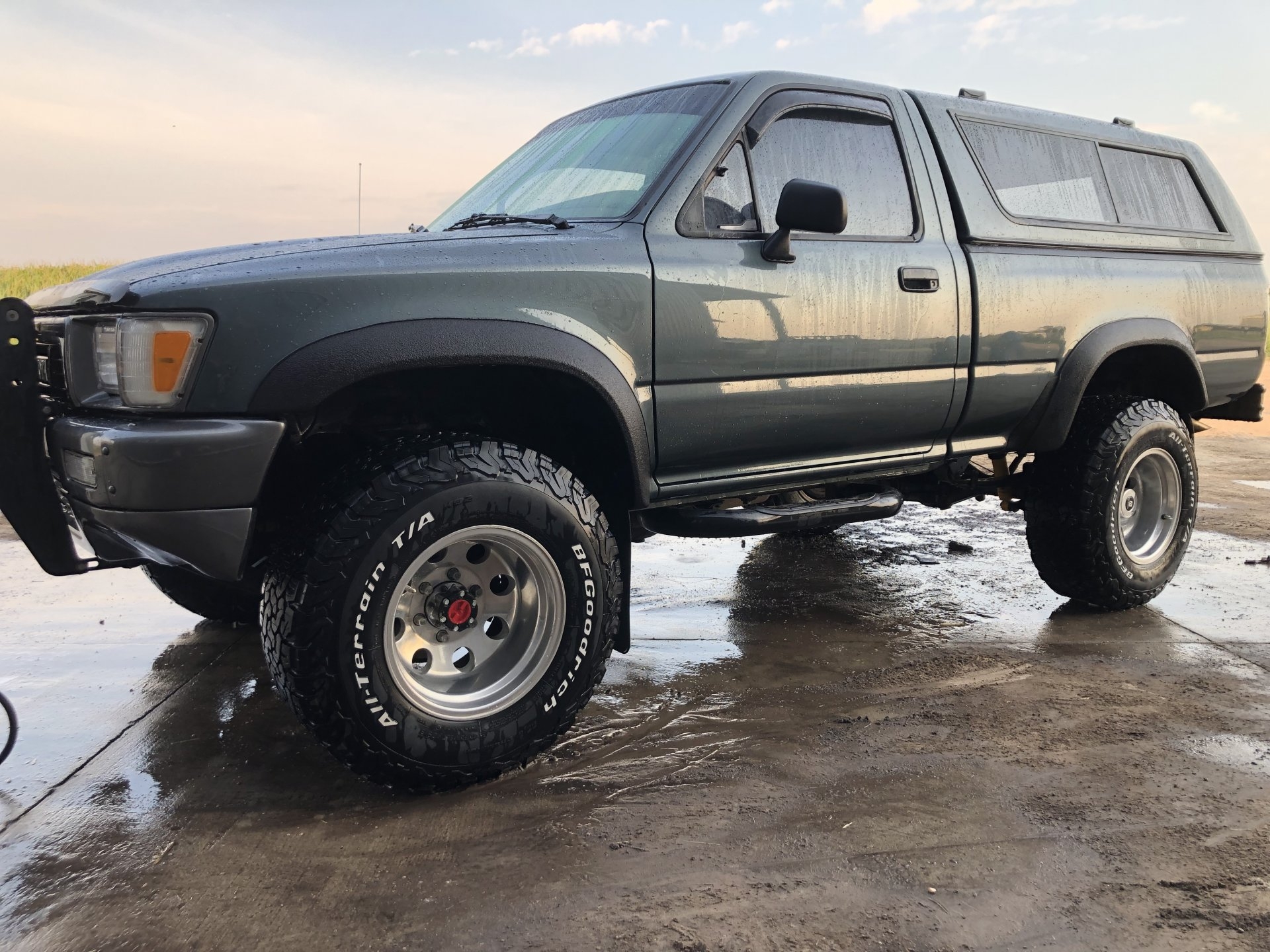 brettk said:
I think next on the list is to replace the worn out bench seat with some bucket seats from Corbeau. They even make frames as well. Thoughts?
Click to expand...

Look at the Mastercraft Baja RS. I ran a Corbeau seat for awhile and it was the most uncomfortable seat I planted my butt into. Plus, it didn't take long for it to come apart. I believe Mastercraft makes adapters for our trucks and they have a nice towel bar adjuster.