STOLEN Yet another stolen FJ60, this time its mine! (1 Viewer)

Hi fellow Mudders,
Its a sad day. My Rosey is gone. She is a Tan colored, 1985 60 with a TBI 350 SBC, ARB bullbar, CB-loaded, Tuffy Center console, Non-USA split ring wheel, FJ62 side mirrors, and Jenson HD radio. She was stolen last night or early this morning (8/27) from my girlfriends apartment complex on Price Street in Redlands, CA. There are no skid marks from the tires being dragged and the tow company under contract with the apartment complex didn't tow it. She has California Plates, #6ZKN214 and Vin JT3FJ60G1F1128620.

The painfully ironic part of it, is that I had a fuel pump cutoff switch installed and hidden in the center console for security. This was my budget solution to make it more secure and less driveable by meth-head car thieves. Since she is gone, to me this means that it likely was a more professional job where they broke into it, took it out of gear, released the e-brake, and loaded it onto a trailer. I doubt anyone would have found the switch.

I never did the key replacement that so many people purport to deter people from using worn-out Toyota keys. Muther-lover, I should have done it.

If anyone sees it, my cell number is (niner cinqo uno)two hundred and seven-2 eight zero two or send me a message. I'll be checking this thread compulsively.

Here is a recent pic of of her, in all her glory. The roof rack is at my house so, at least I still have it. Thankfully that wasn't on the vehicle when it was stolen. 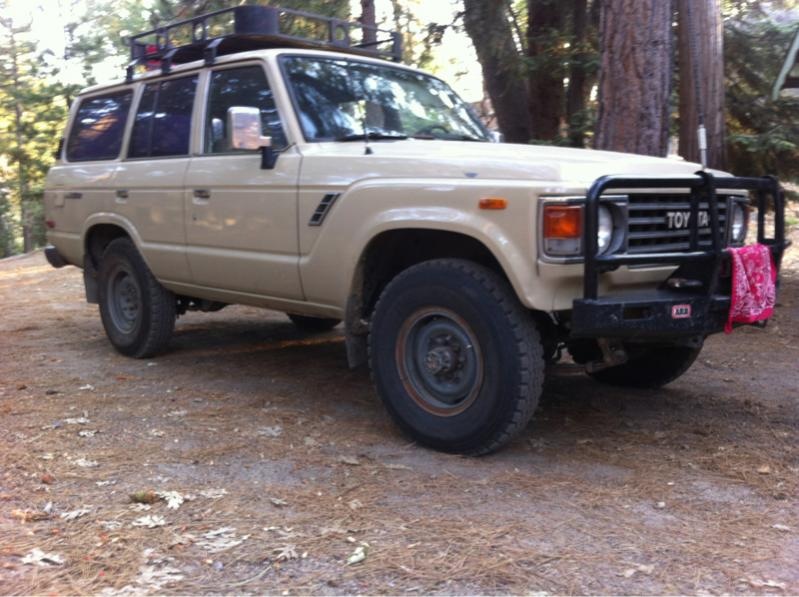 Here are some old pics of her before the split rims. 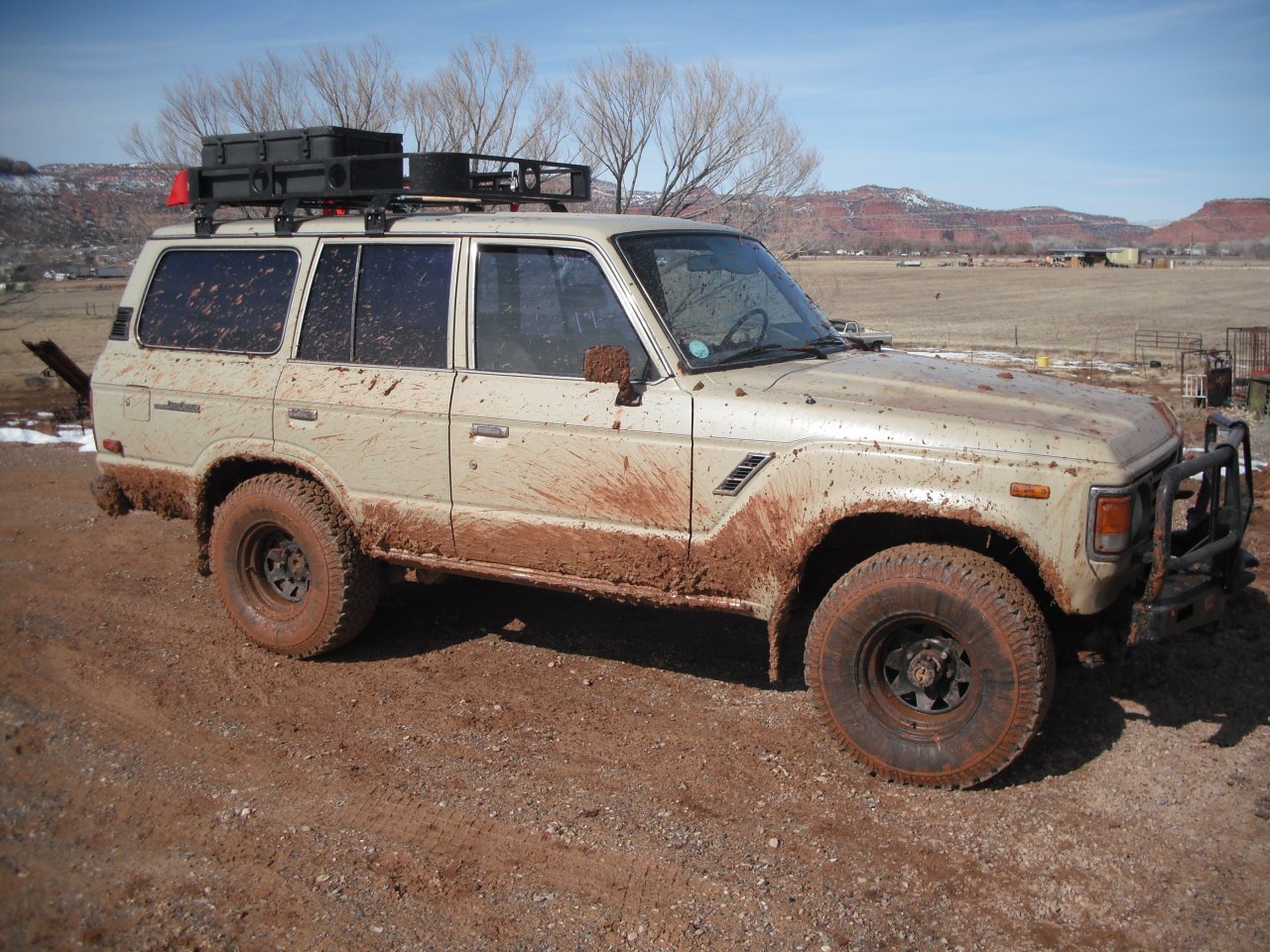 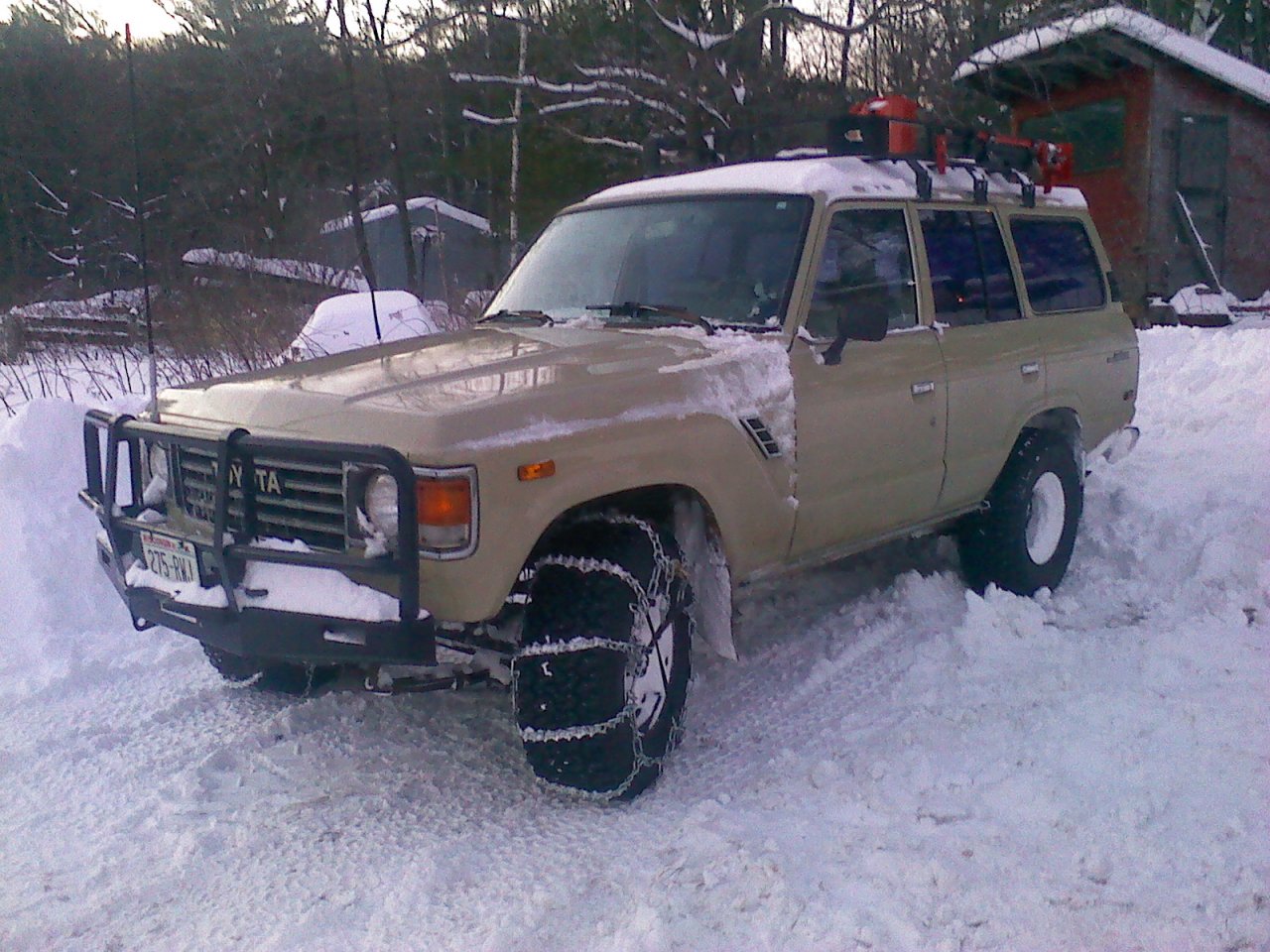 If anyone has any information regarding her wear-about, I'll give a reward commiserate with the amount of info/completeness of the vehicle that I receive, no questions asked.

Just in case the tweaks take it north I will BOLO in the Eastern Sierras.

Post the License Plate # There's no security issues with that, and even if there were, it's less than having the truck missing.

I'm in the L.A. Area. I'll be on the lookout for the truck and possible Craigslist parts, sorry to say.

Post this in some of the local clubhouse forums, too.

I'm seriously having an emotional reaction to this. Nauseating. I hope you find it brother.
Last edited: Aug 27, 2014

I will keep my eyes out. Realistically it was a kid joy riding. They always try to take the coolest rigs for bragging rights...

I'll keep an eye out for it.

Sorry to hear this, man. As these things gain popularity it is an unfortunate byproduct. s***ty situation. Hope they get it back for you in good shape!

F%*ed up deal for sure. I doubt it will appear in Idaho but I always keep my eyes open for other cruisers anyway. Let us know what happens....and the happy ending that all of us wish for you.
Last edited: Aug 27, 2014

So sorry to hear. I'll keep my eyes open here in Colorado.
And yes, please post the plate #.

On the lookout in south eastern Ventura county an the San Fernando valley. I hope they catch and fry the rat bastard.
Dyno

Sorry to hear this, killer rig. I am working in Bakersfield and will keep my eyes peeled.

I'll be watching the Sacramento area... I hope you find her soon!

Seriously bummed for you man, I would be sick in your place right now.

Reno is probably too far but I will be watching anyway.

This trend of stolen 60's is seriously disturbing.

Bad news mate
we should think about a GPS tracker in our loved vehicules
http://www.amazon.com/dp/B00GA98XAE/?tag=ihco-20
G

Spreading the word to my friends and family in Cali.

Thats awful. It kills me to read these posts.

I put one of these in my sprinter delivery van and it paid back dividends when it was nabbed in the middle of the night. The cops got the a$$hole an hour after my text alert on my iPhone. The jackhole was in the midst of removing the doors and windows in his garage.

That sucks. I'm not even close but I notice everyone I pass. I'll watch for her along the Wasatch.

Sorry to hear this news mate
I have GPS on my Harley and often think what my response might be if someone steals my bike. I could ring a few mates and go door knocking but this could get ugly for a number of reasons. I think the best way would be to ring the cops and provide them with the details of where the bike is getting stripped or stored for shipping. I would love to hang them up by their balls but would not like to do jail time for a lowlife scumbag.

I really appreciate the kind words and people keeping their eyes peeled for it around the desert southwest and California. She's out their somewhere....

I realize that I should post the license plate number: California 6ZKN214

I thought of a few other distinguishing marks in case all you mechanics out there see it or if it potentially shows up in your area for sale.
1. The two front seats have been switched position. The way to know this is that the recline lever is toward the inside of the vehicle, not the outside.
2. Nasty rust locations: A two inch diameter circle under the driverside headlight; Bottom of the liftgate, and around the roof dripline around the back sides.
3. A peeling paint job of the original, Toyota Tan, color atop the original color of the same.
4. Though I doubt they will still be in it, a red craftsman tool box with about $500 in handtools, sockets etc, and a black painted military storage box with fluids, tow kit, extra belts etc in it.
5. The bullbar is the old style ARB with the passenger side offset for the Warn M10k. Thankfully my winch wasn't in it.
6. The under body has superficial rust on all the components as I've lived in the frosty Northeast and upper Midwest regions with it. It will not appear to be a rust-free southern CA rig.
7. The bellhousing for the engine conversion is a stamped piece of steel which places the motor very close to the firewall, painfully so in fact. The stamped piece of steel is red. This is not an Advanced Adapters engine conversion, it looks like a home-made.

That GPS option looks good.....
You must log in or register to reply here.

B
STOLEN Stolen FJ60 in Portland - rash of thefts