If you want a no nonsense pickup, this is it. Everything works and keeps working.. It has a Cummins 3BT motor and a 5spd NV4500 transmission. Gearing is 4.88 37” Toyo tires w/ disc brakes. Refill every 800miles bio or standard. LED, Bluetooth, heated seats, incredible sound system.

Email me only if your wanting to come see it or ship it..
Michael 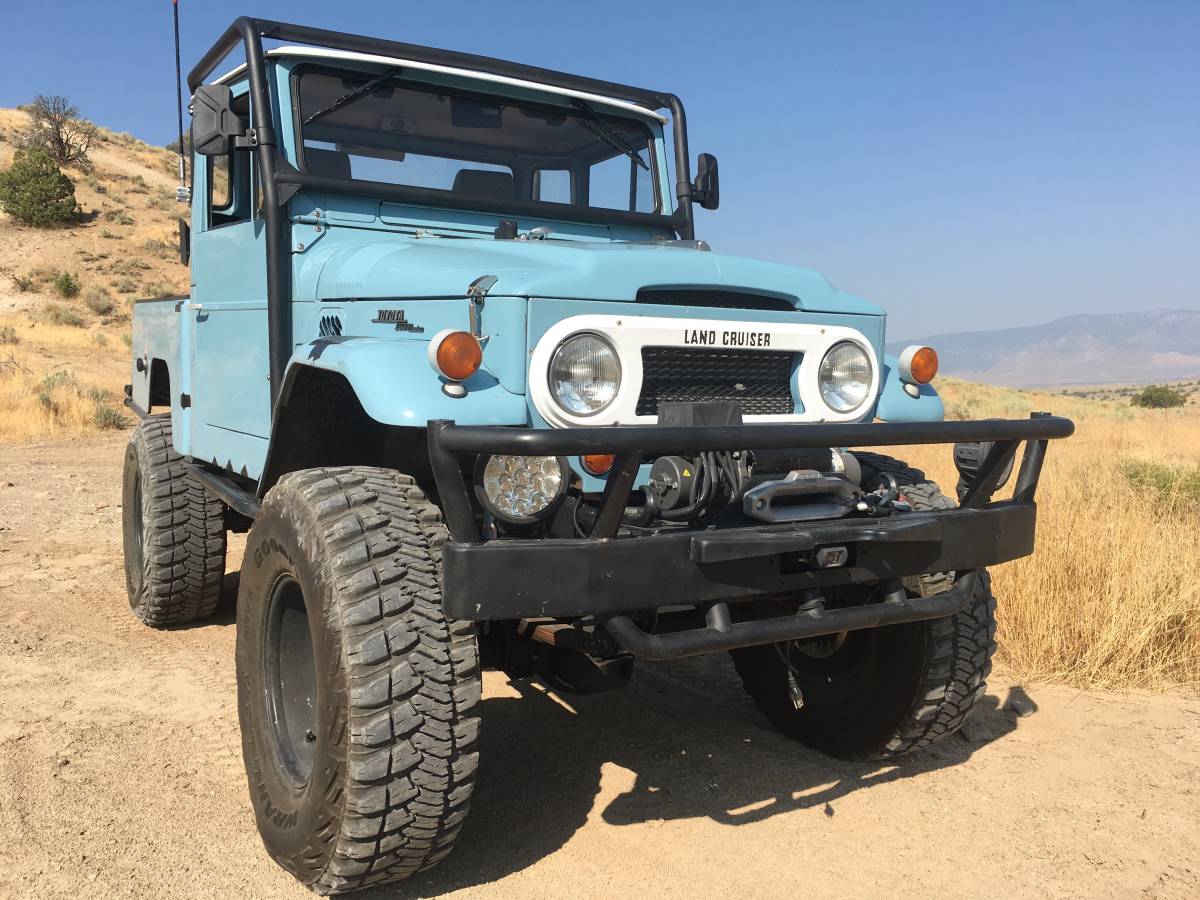 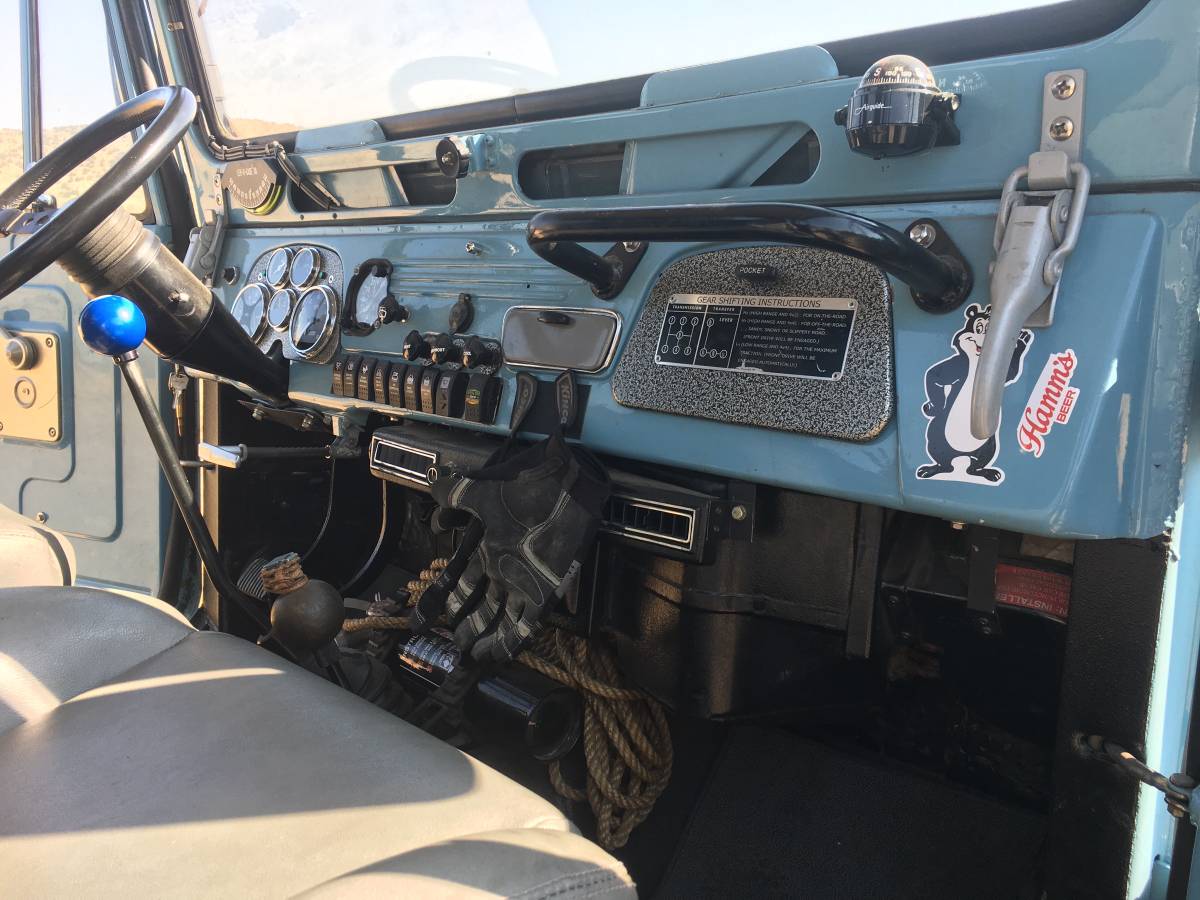 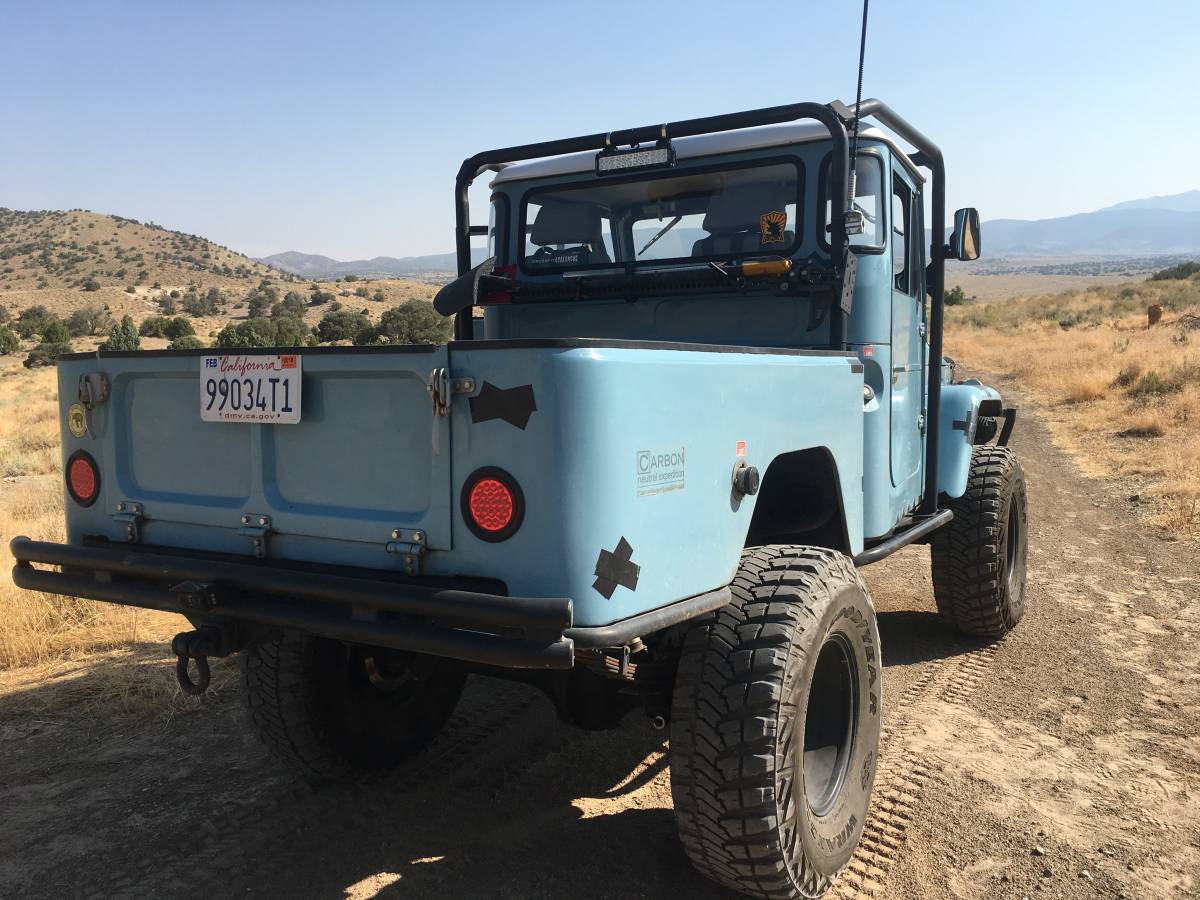 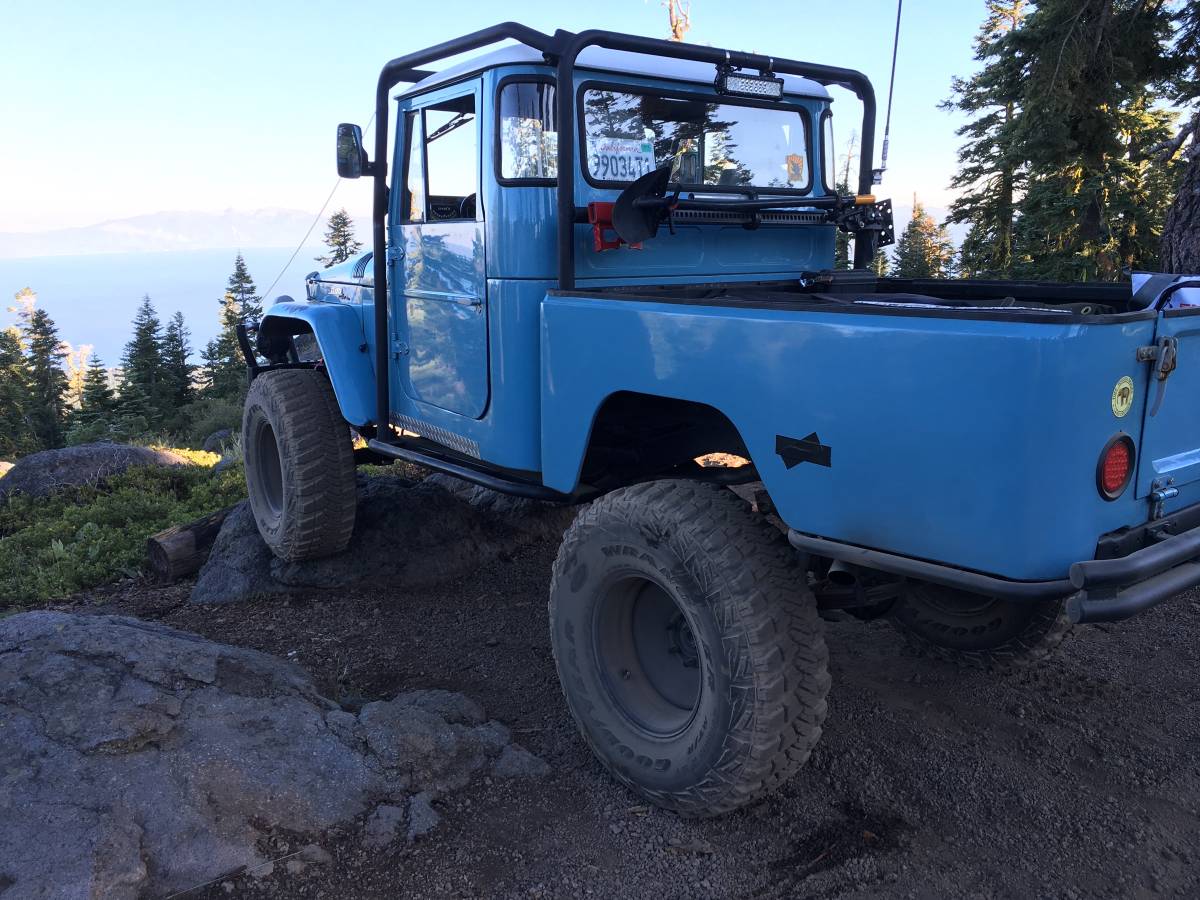 everything's made up and the points don't matter

As soon as I saw the color, that what I was thinking Brian. I built the split case and the original diffs for that truck. Scott’s aim with the diesel, 5 speed and the 3.70s was to try and hit 30mpg. IIRC, he got pretty close.

And if I recall, it was already resold once before.
A carbureted man in a fuel injected world. my website: www.marksoffroad.net
I use the Internet to promote my business; I use a telephone to conduct it.

TLCA #1086. 818-9(53-9230
THANK YOU FOR YOUR PATRONAG…AND YOUR PATIENCE.
When your aspirations meet your limitations, the one you embrace defines you.-Mark

Wow, with these prices I may never be able to afford an FJ45, even one that’s not restored
3

It is really odd that the first two cruisers I have owned popped up on MUD in the last month for one reason or another. This 45 was my very first(lucky...I know). It was pretty stock truck when Eco45 picked it up. He did an awesome job. Truth be told, I used it as a real truck around town and hunting. It wasnt the full restoration you see detailed these days...I call it a "street restoration". Cleaned up, painted, suspension/shocks and drivable as they were intended. Eco45 has a talent I do not possess. BTW, my Wyoming license plate was RARE. AND, the bezel was upside down. 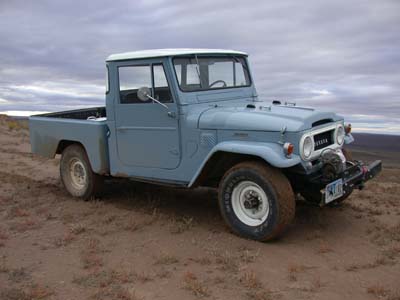 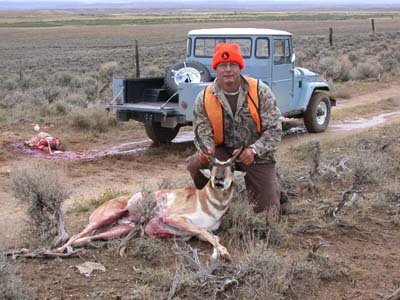 amazing range for 37” tires with that clearance; it has great curves on it’s short wheel base bed. It’s also a convertible..
Last edited: Mar 27, 2022

Tennessee80 said:
Did this price ever drop?
Click to expand...

The listed price is representative of the funds invested.

One of the things I’ve learned from watching this forum is that there are several people here who have kept track of high profile rigs like this and can offer up how much a particular vehicle was sold for each time it has sold, and what additional work was or wasn’t done before the flip.
A carbureted man in a fuel injected world. my website: www.marksoffroad.net
I use the Internet to promote my business; I use a telephone to conduct it.

TLCA #1086. 818-9(53-9230
THANK YOU FOR YOUR PATRONAG…AND YOUR PATIENCE.
When your aspirations meet your limitations, the one you embrace defines you.-Mark

65swb45 said:
One of the things I’ve learned from watching this forum is that there are several people here who have kept track of high profile rigs like this and can offer up how much a particular vehicle was sold for each time it has sold, and what additional work was or wasn’t done before the flip.
Click to expand...

Glad you brought that up..
I bought this direct from Eco45 about 12years ago.. Scott is a great mechanic and did an excellent job in its fabrication. It was listed to sell 6yrs prior, but i pulled the plug after finding a tax haven in its ownership.. these things really do hold value if maintained and it was a great financial decision..

Most classics are underpowered for modern use or too modified to maintain original aesthetics.. I feel this one does it all- it’s the Katana of the FJ45’s- strong, resilient and incredibly beautiful..

Anyhow, it’s certainly been a metamorphosis from what it was - the new mods still maintain original fuel efficiency, while opening access to about any trail/road out there.. it’s done the classics half a dozen times, such as Rubicon, Slick Rock, etc., although too crowded and prefer the old distant fire roads.. it’s a magical time machine!!
One of the great things is not having to trailer it and can simply drive the long highways straight to the unbeaten paths.. These distant Carson trails aren’t maintained like the Rubicon and pose some unique situations that can change on a dime due to erosion (massive erosion that will turn around most anyone except those drunk in a buggy

)- this thing just tiptoes through it all.. saves a multiple hour turn around time..
Importantly, with that being said- the smaller Cummins 3B T is the way to go for off-road use due to the articulation angles and twists.. everything on this rig has been field tested and it’s bomber! no issues..
I am only selling due to new summer storage issues .. the county built a paved bike trail behind our house and have cut off my ability to stealth park it without driving over the trail and pissing off the neighbors/local officials..
it’s annoying as can be, but it’s the world we live in up here..

I had posted this on Craigslist with an old photo from years ago- as of yesterday, it’s out of winter storage and will update my ad- kinda thrown into this discussion as someone chose to link it here.. I was doing a field test on Craigslist with intent to eventually go on BAT.
Appreciate those who are sincerely helpful, not really into those tags who want to argue their points of ego. lets not be a character in Lord of the Flies..
Last edited: Mar 27, 2022

so here are some photos taken behind my house.. couldn’t clean the underside or motor after driving through 36” of a stream and snow melt to get it parked after winter storage.. 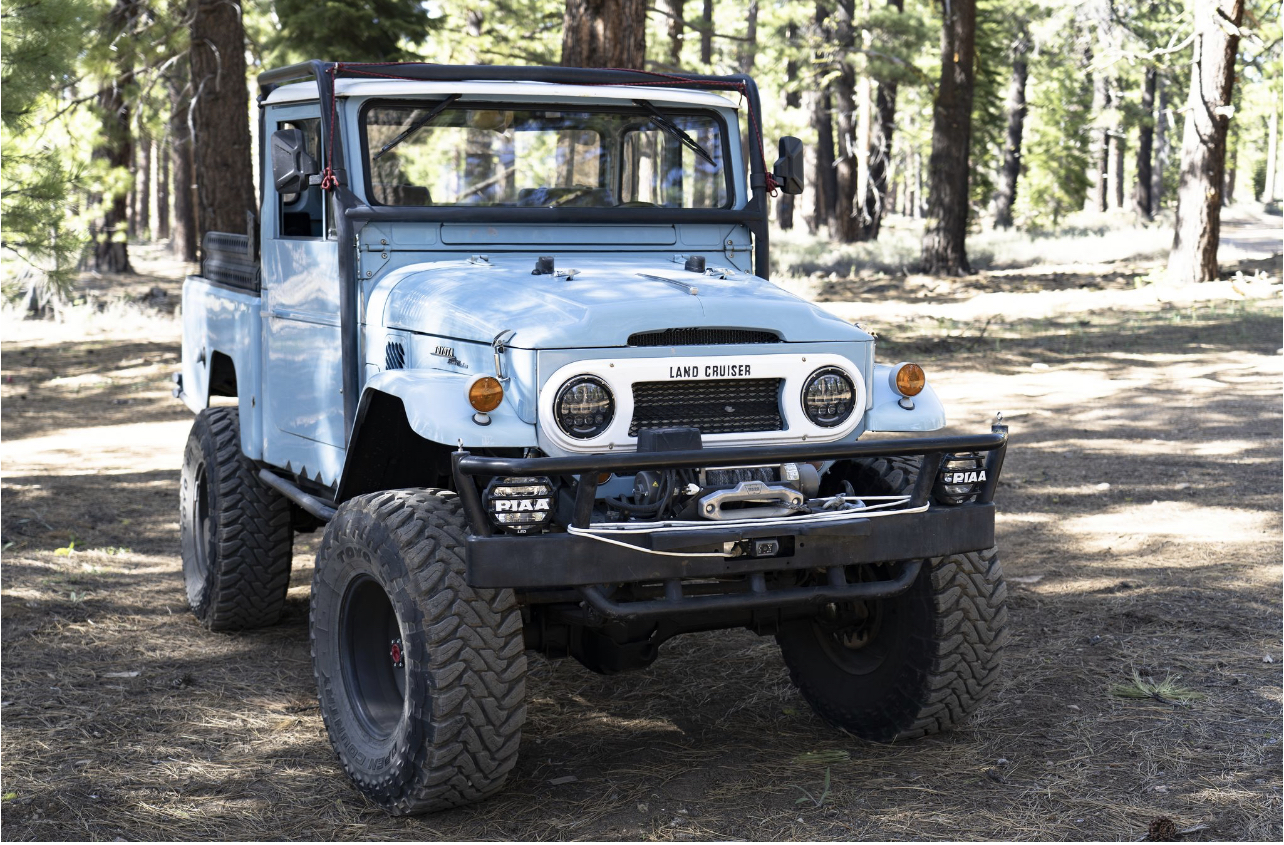 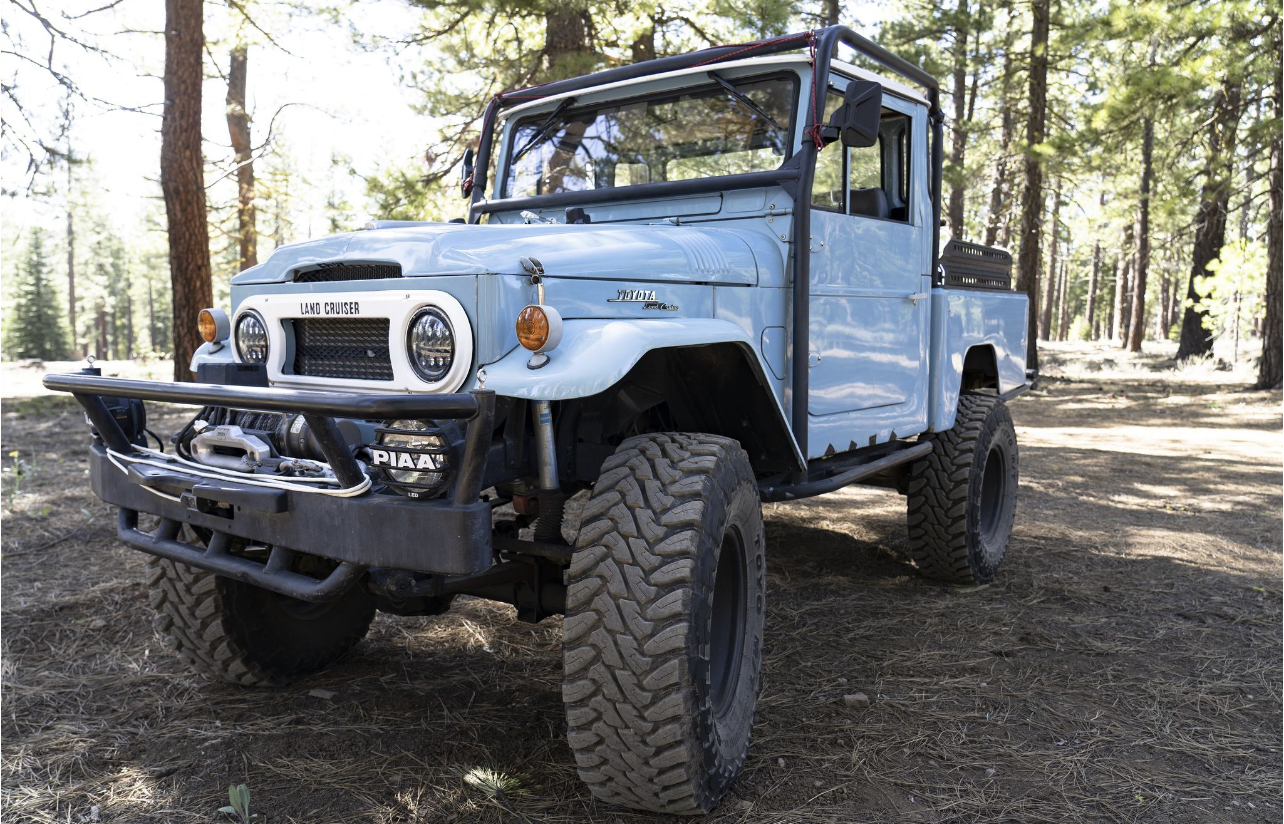 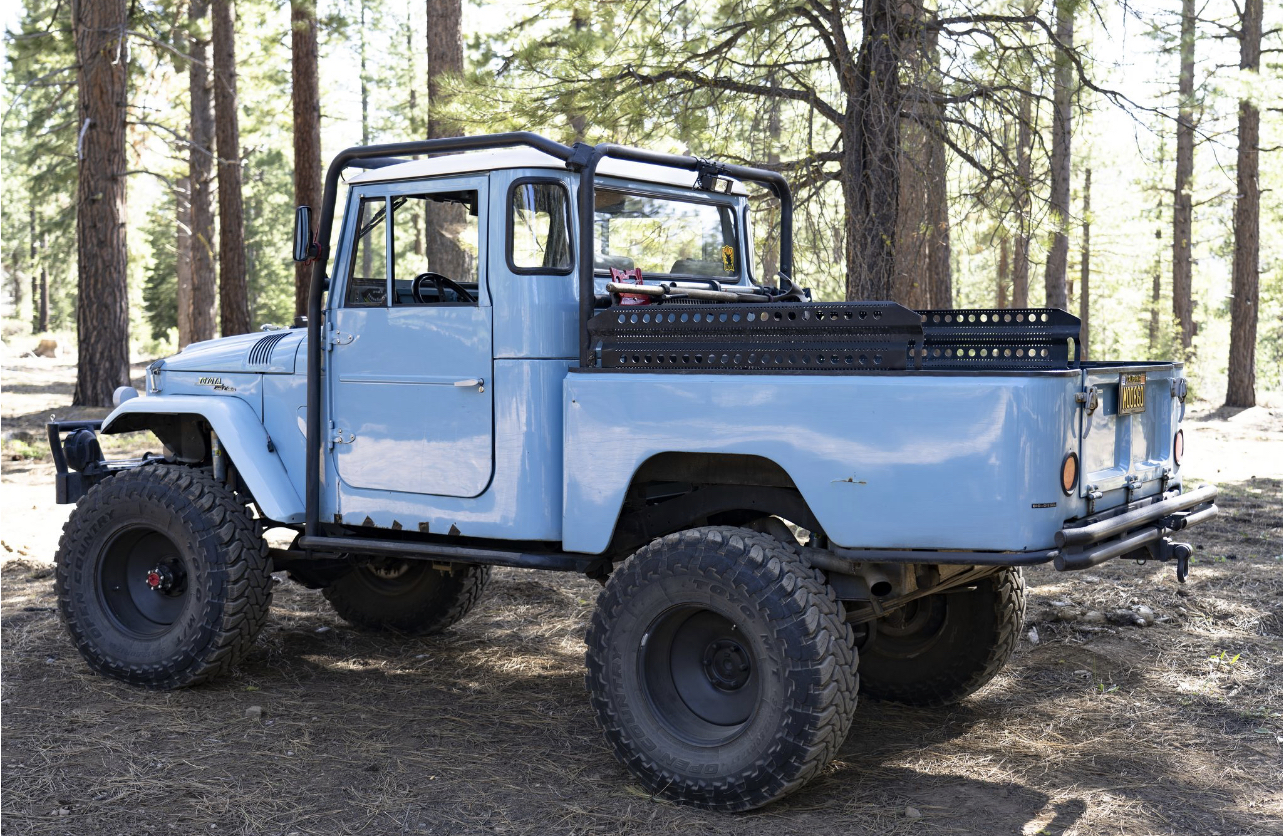 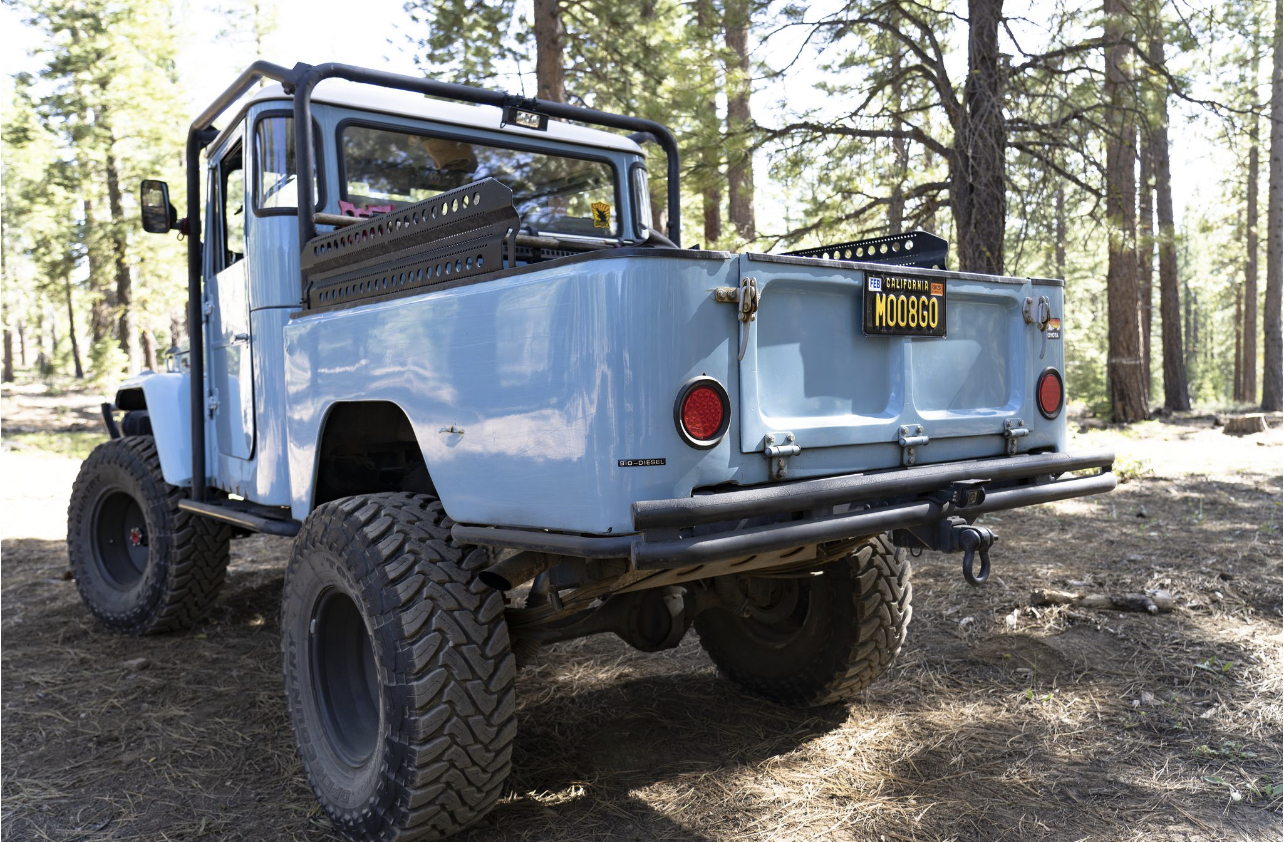 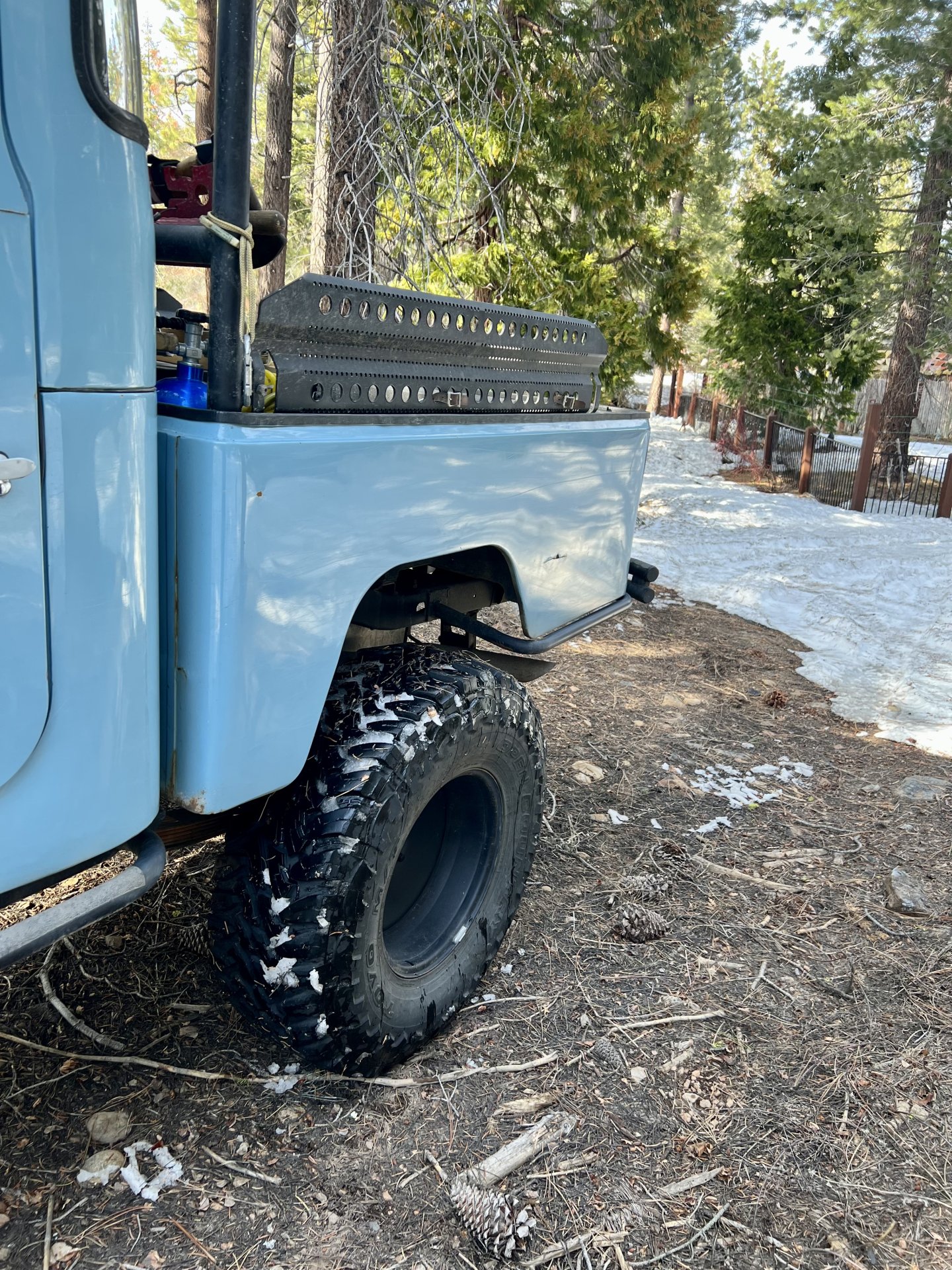 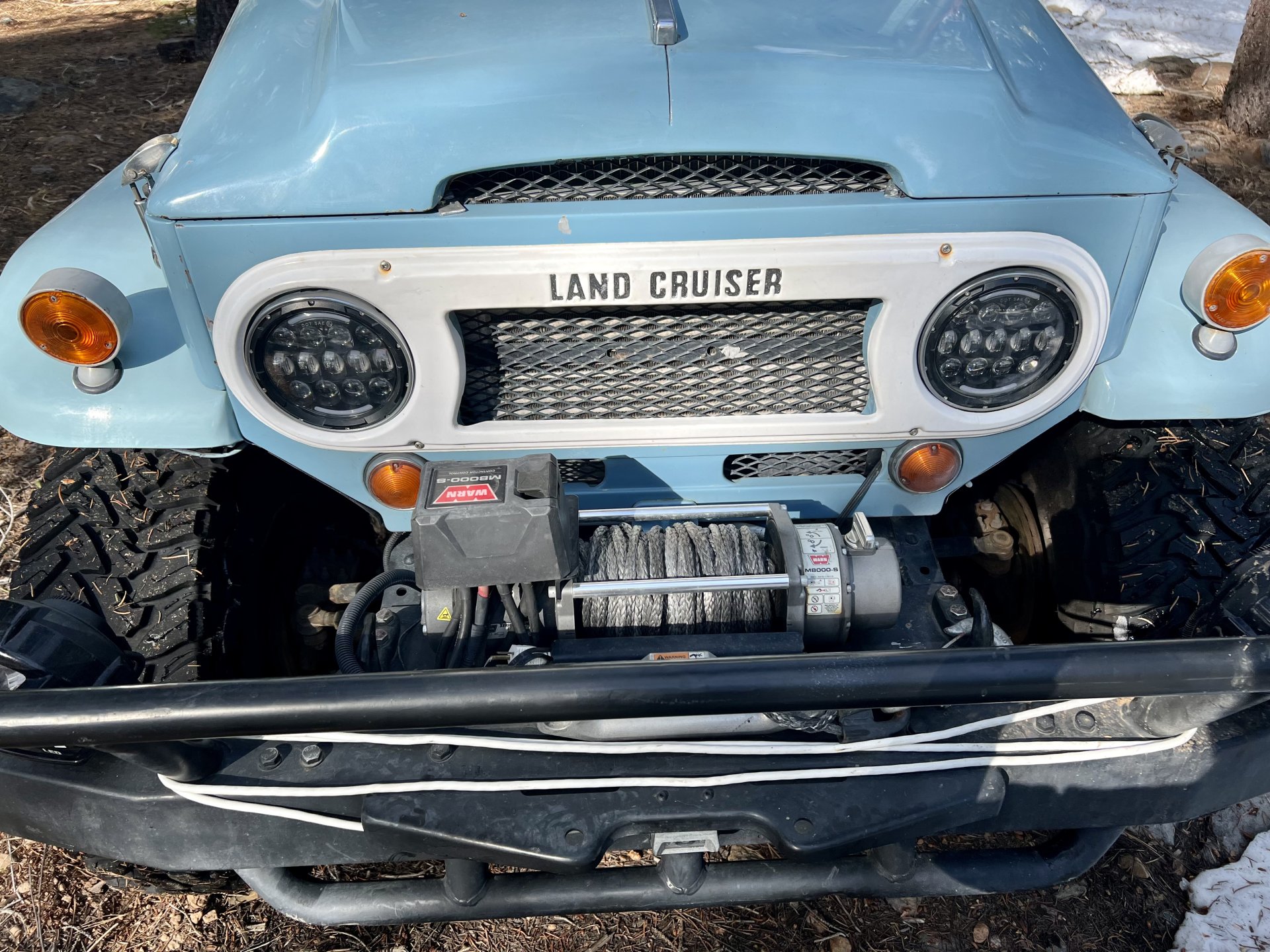 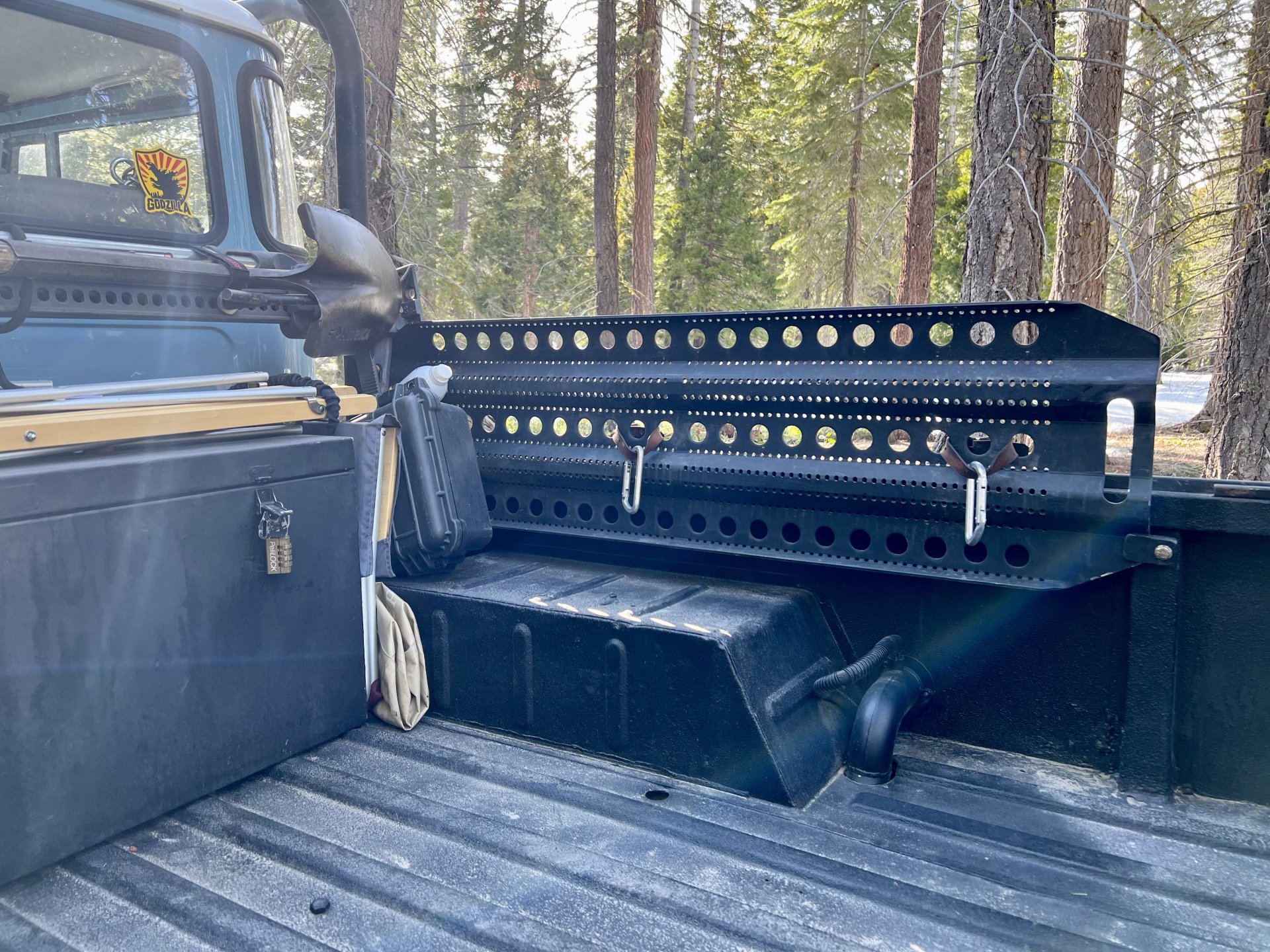 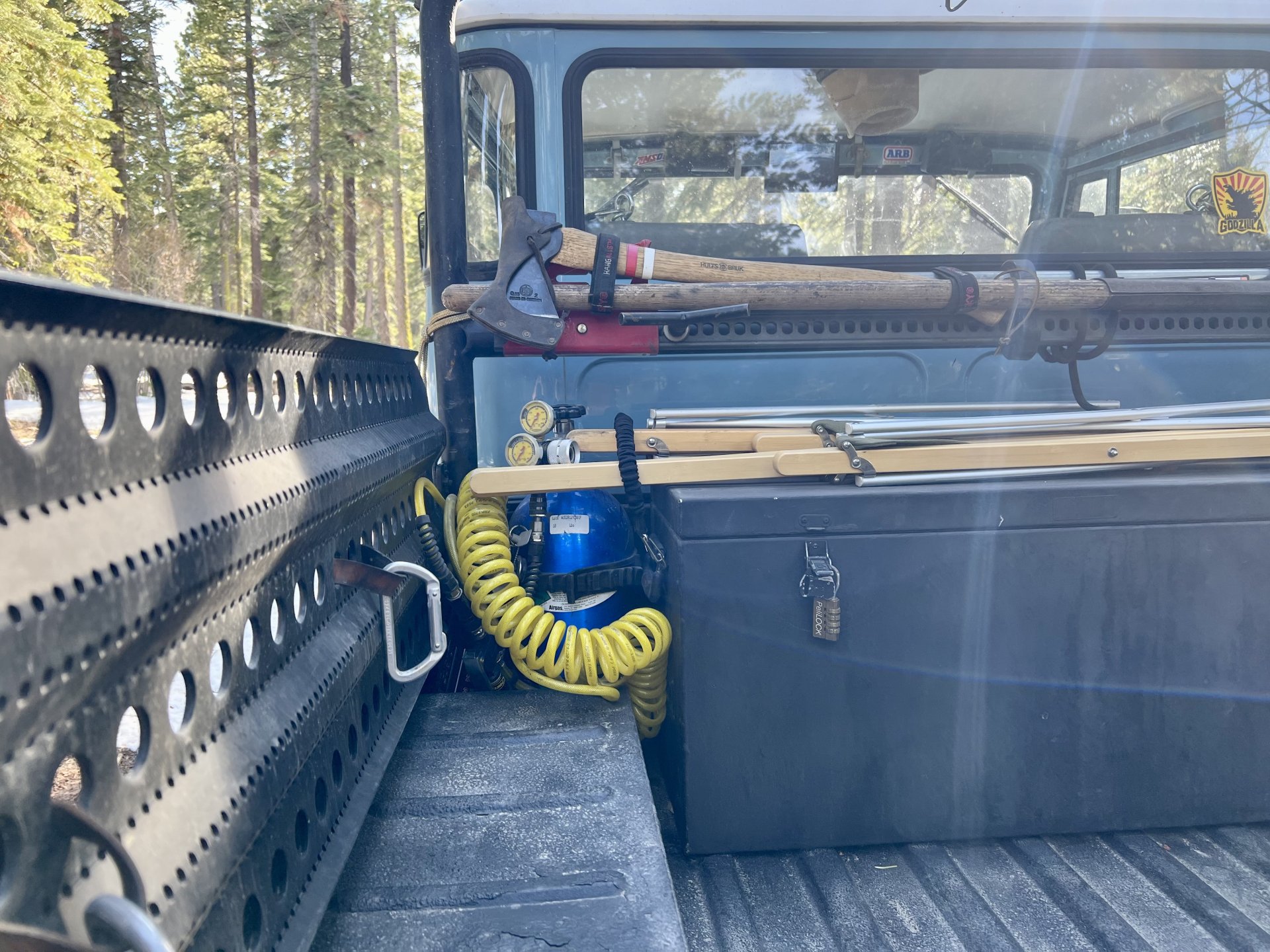 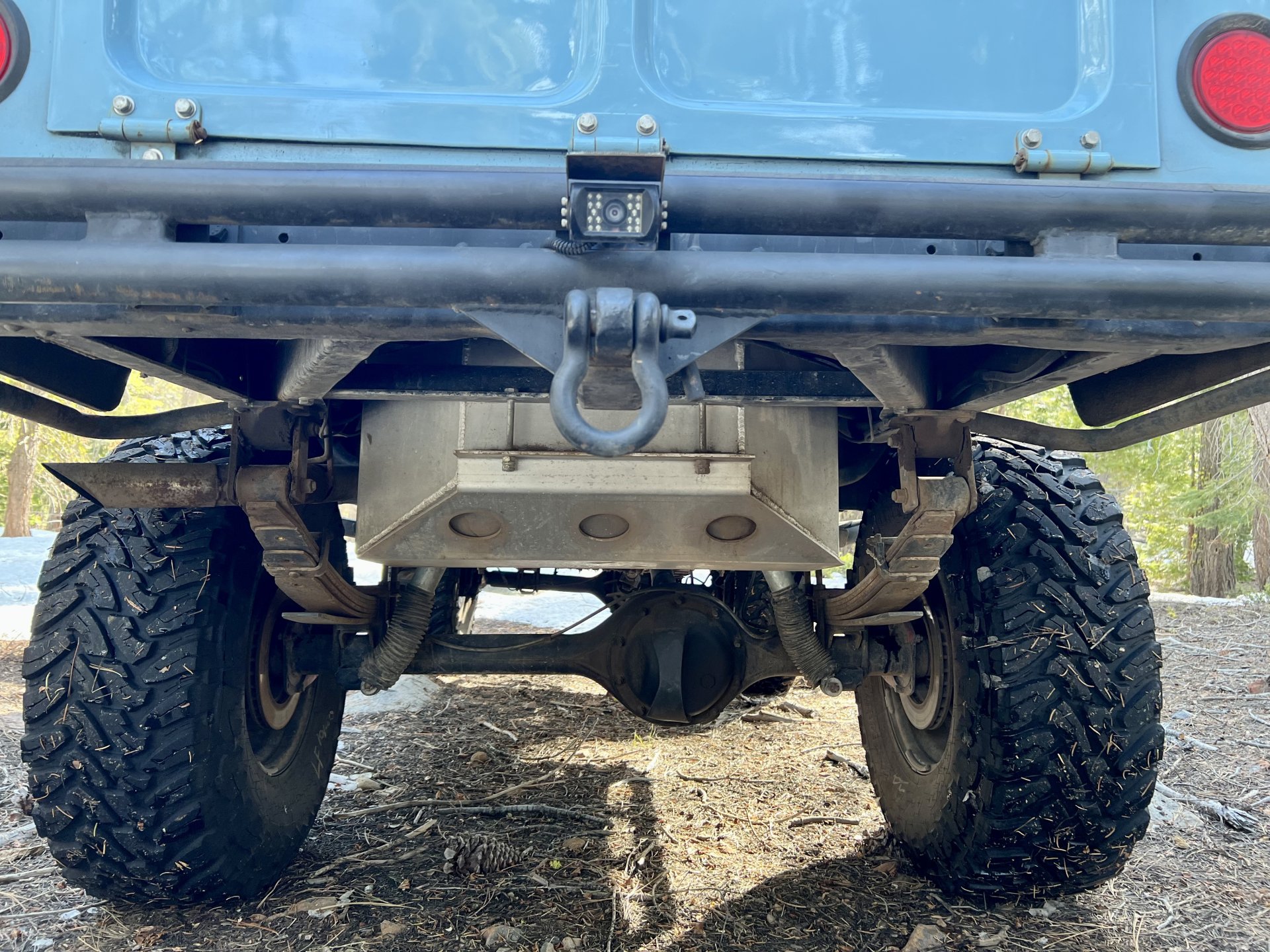 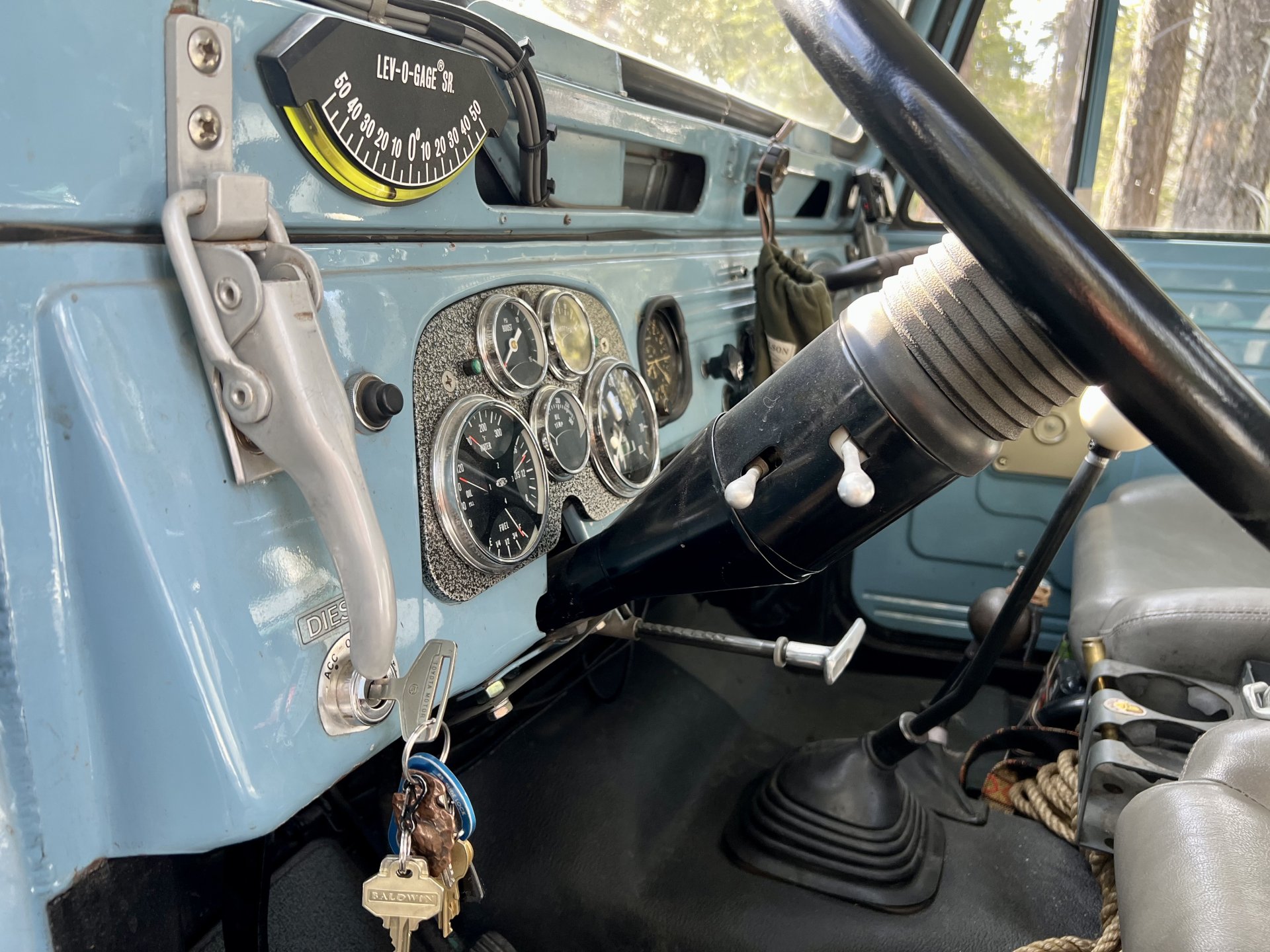 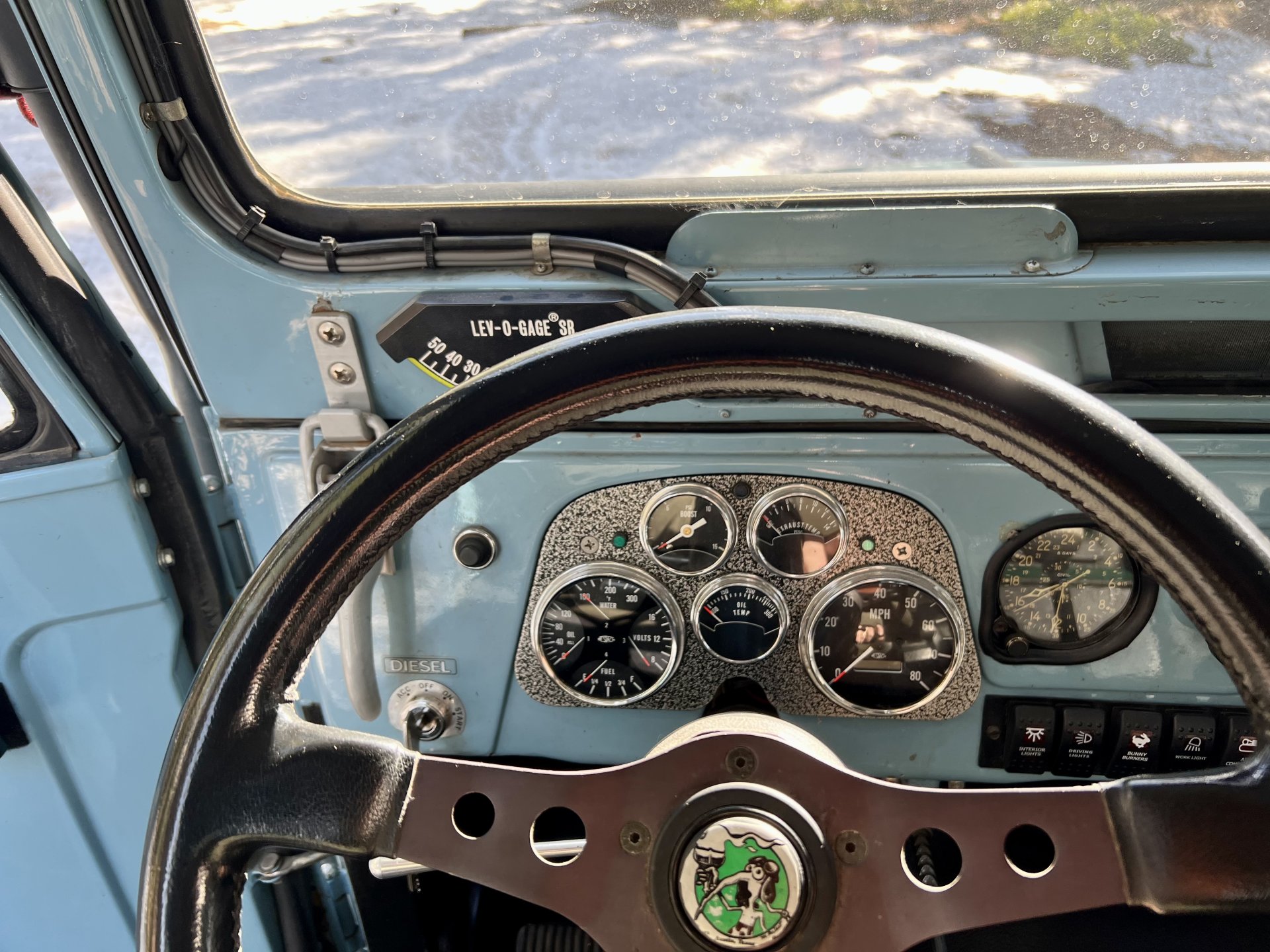 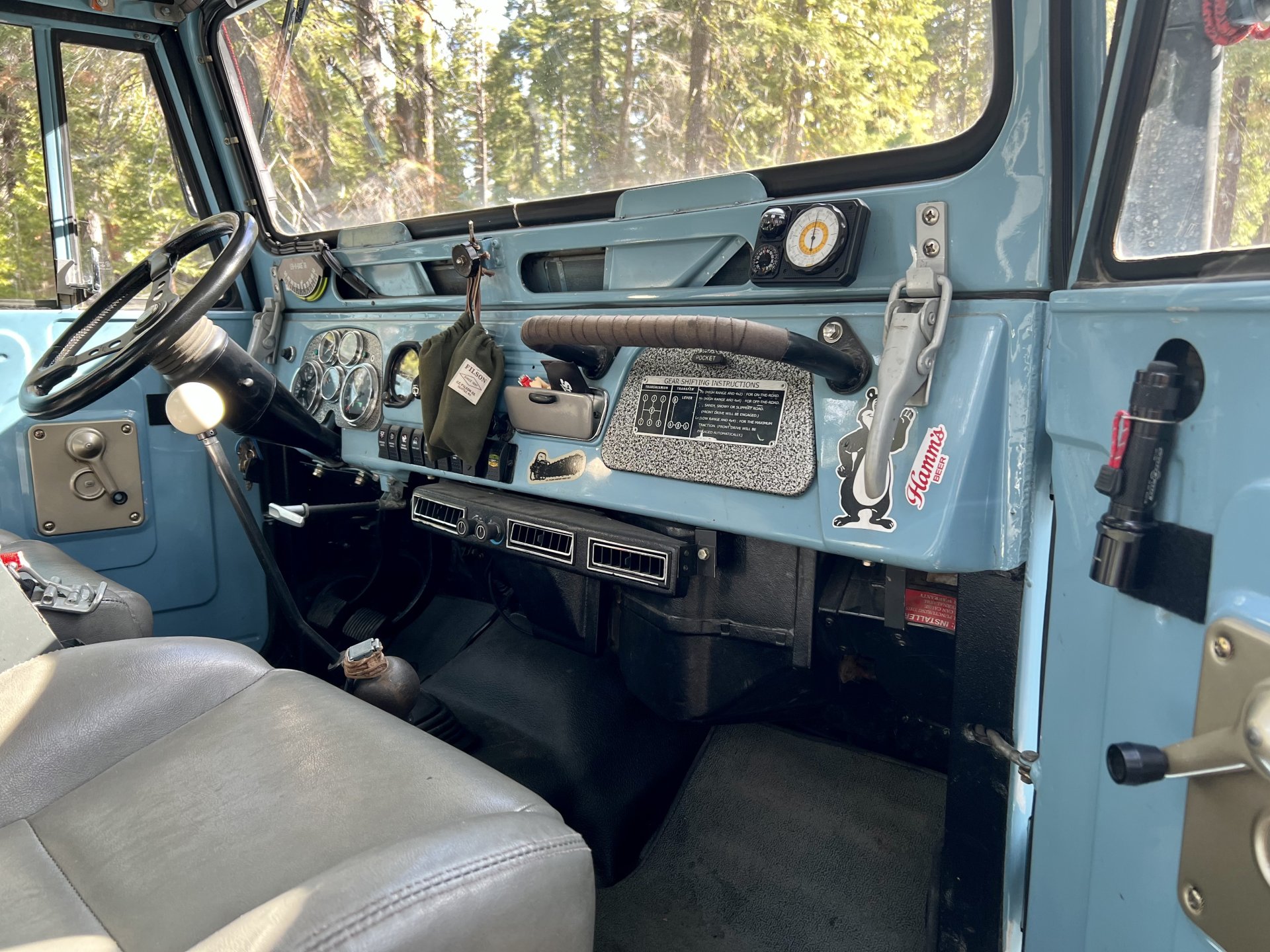