Poured a bourbon, bought a new toolbox and decided to get on 'mud for the first time in what feels like ages. In less than a year, I quit my job, traveled around in my mustard 40, started a new...business? and sold my mustard 40 to fund said venture. Well - little did I know I'd have an open spot on the trailer and would be pulling an olive '78 home with me shortly after. Thanks @Trail Rated

I told myself I was going to chill out on another truck but I figure I'll have a go at this and get it back on the road for some fun this summer. Truck is an April '78 in Olive and the original 2F was donated to a very beautiful, nearly (if not) totally rust free 55 and somewhere along the way the axles were separated as well so the truck currently wears some early drum axles and runs on cocktails and dreams. The body and frame are quite lovely, along with a very tidy interior. The body has some funky damage on the driver side and the usual sill rust but I can't get over how clean the overall truck is, it's begging to be driven, so off we go. I plucked a 2F from an early 60 which just landed in the garage last night after a very long 3 week.....vacation?

Here are some pics for ya. On my way home with @The Machinist in tow as well and finally landing in the driveway. 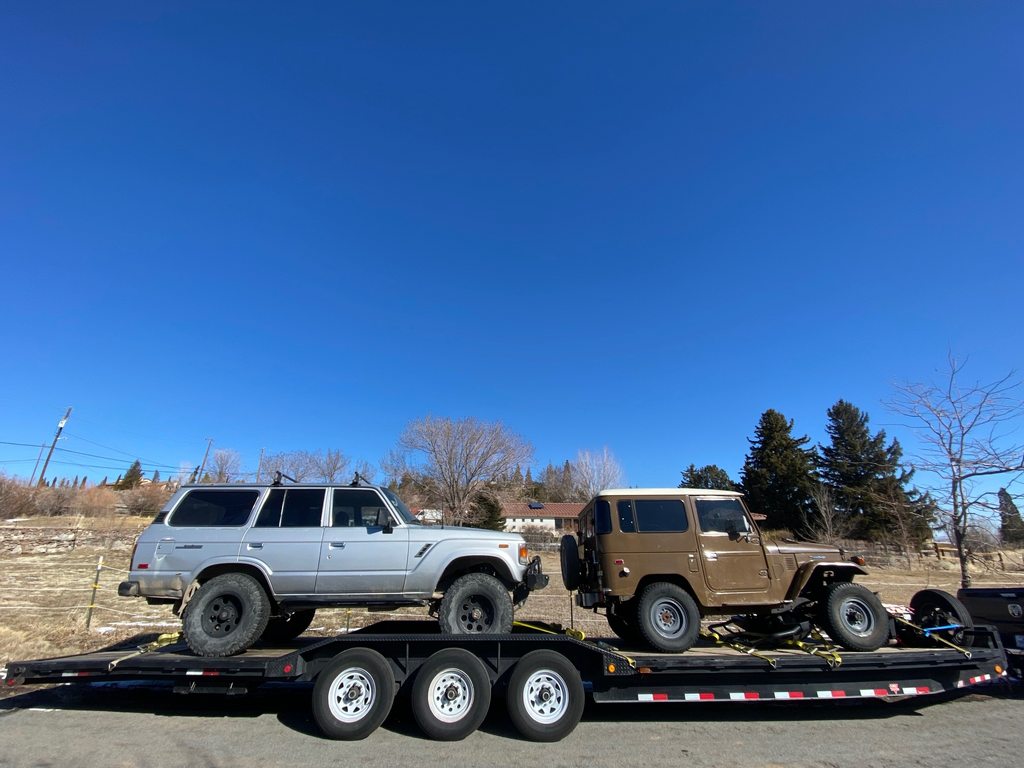 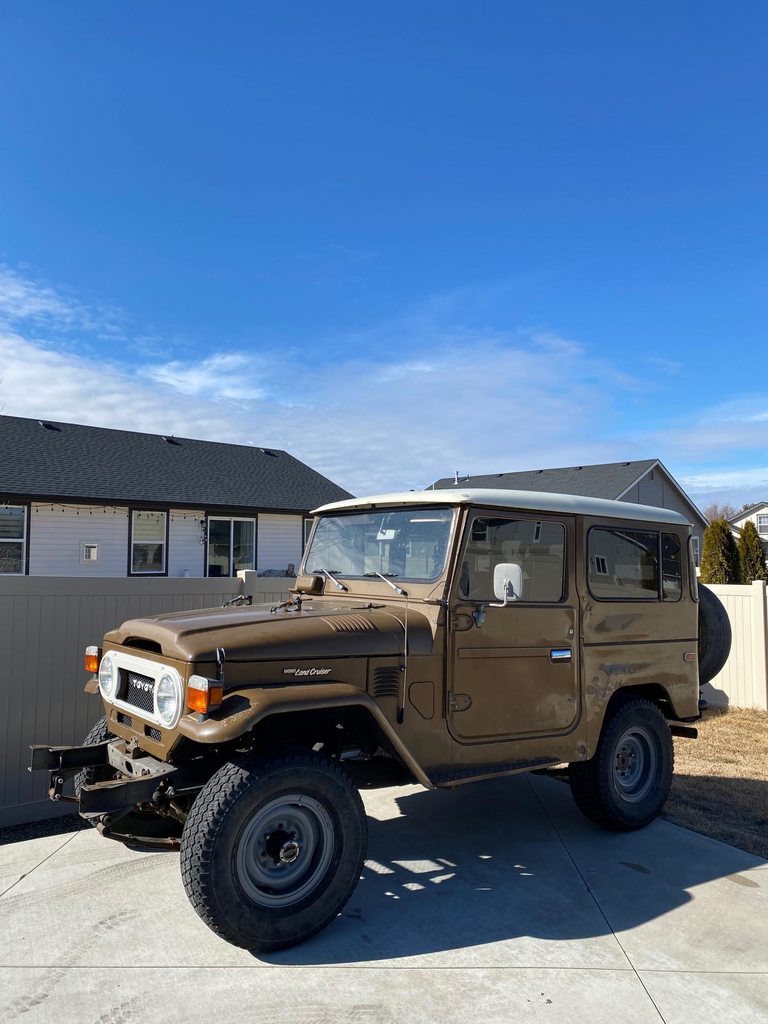 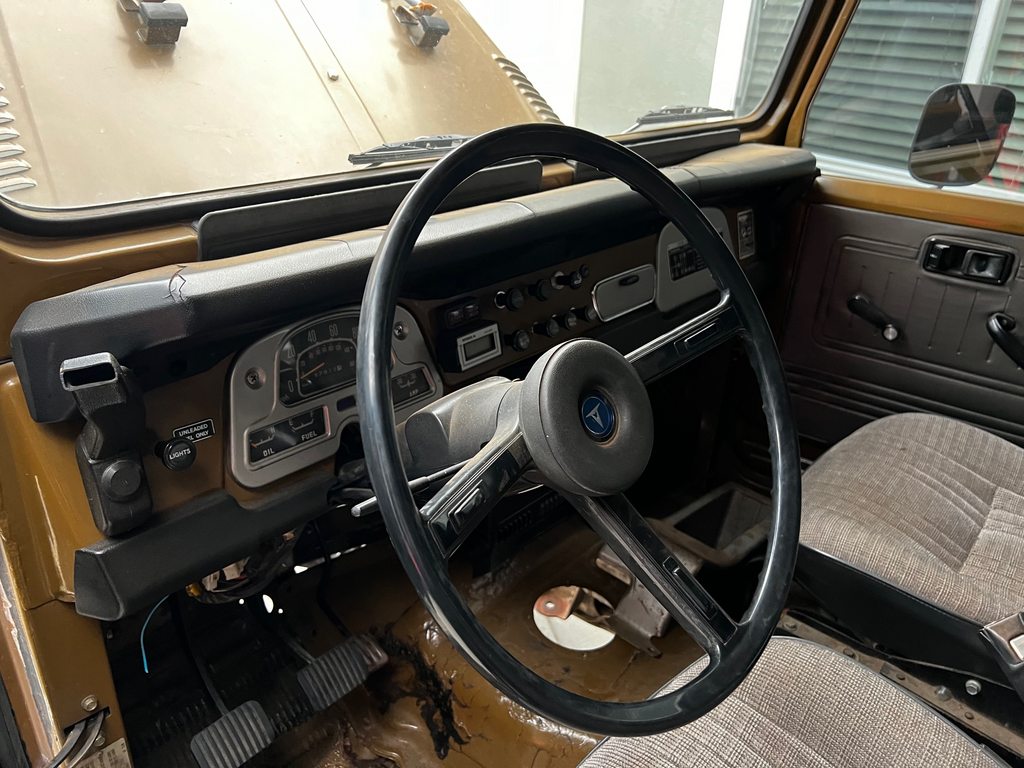 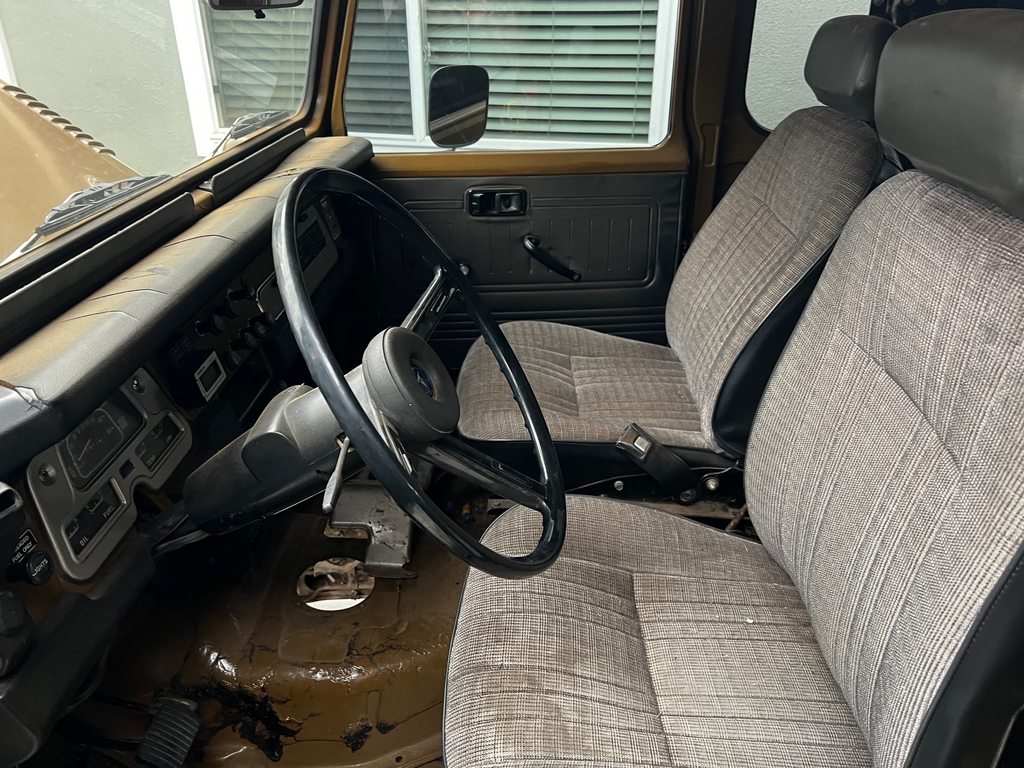 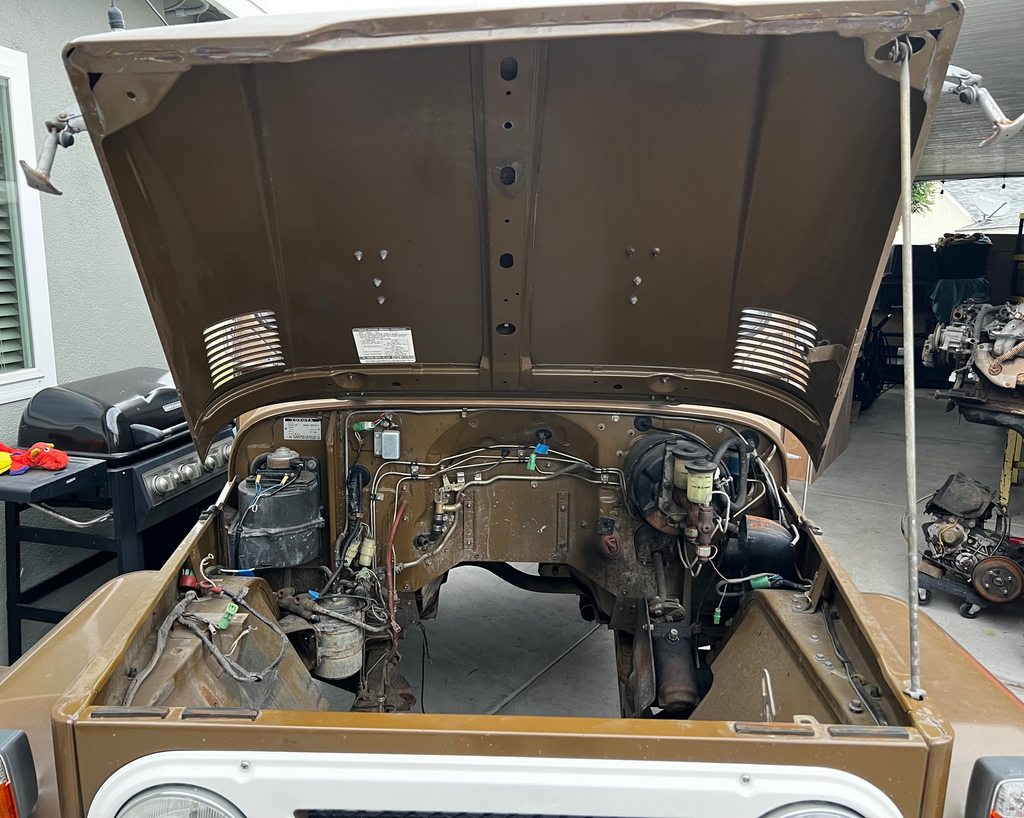 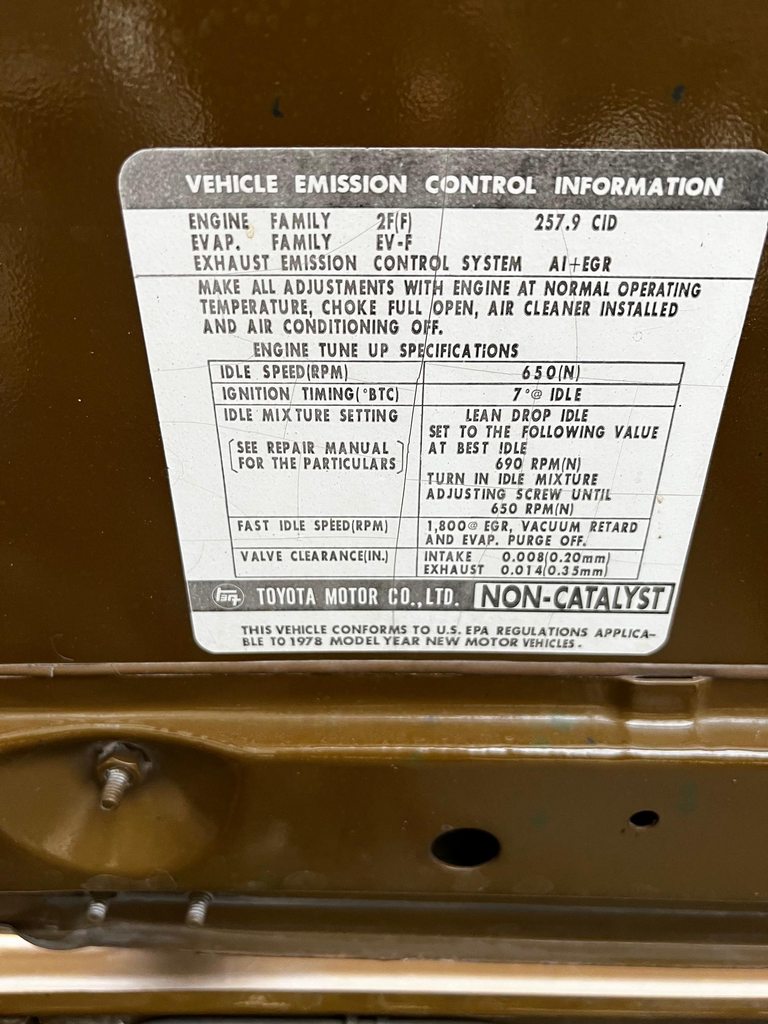 What seemed like a whirlwind of unexpected trips immediately after I picked up a 60 in Oregon. I got it running, rebuilt the carb then brought it to Texas. A couple cases of Modelos and Dewar's white label after the Lonestar cruiser meet, we dismantled a 100 with @samc2447 so @dogfishlake could keep a truck on the road. Thanks to @CenTXFJ60 and his unreal hospitality as always. Popped into San Antonio to see Cody and @CaptClose, sipped a few juice boxes, perused some Fj Company trucks all while they dropped in his pristine 1HD-FT. We also learned 80 series rear seat lever brackets can most definitely be swapped side to side 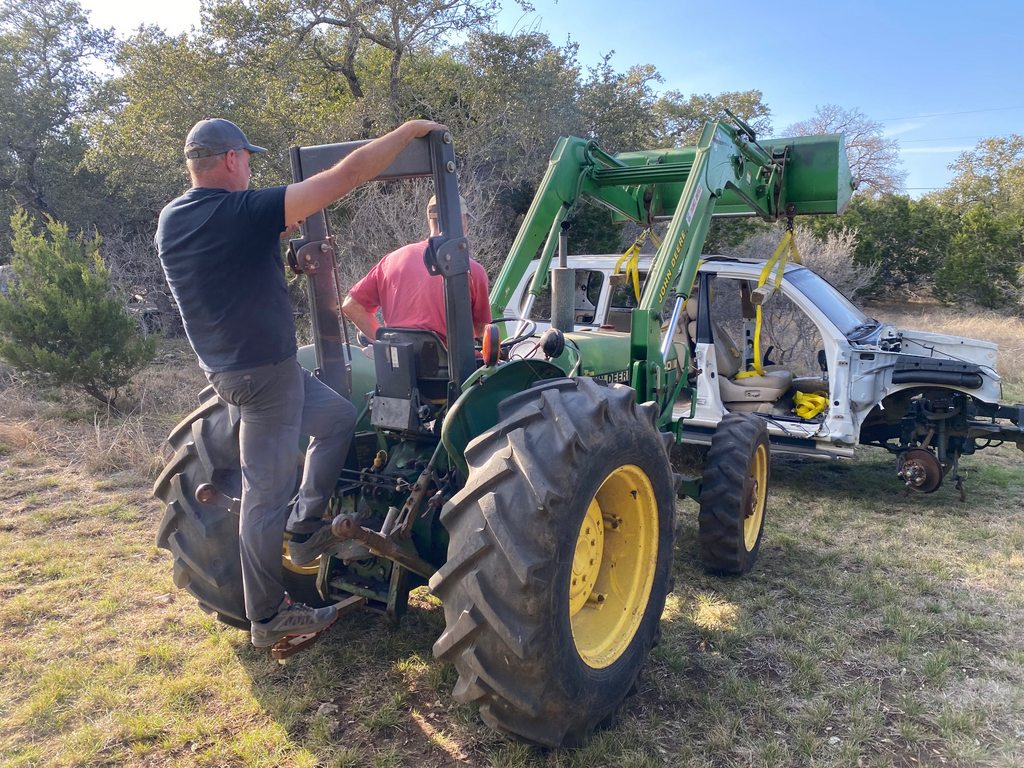 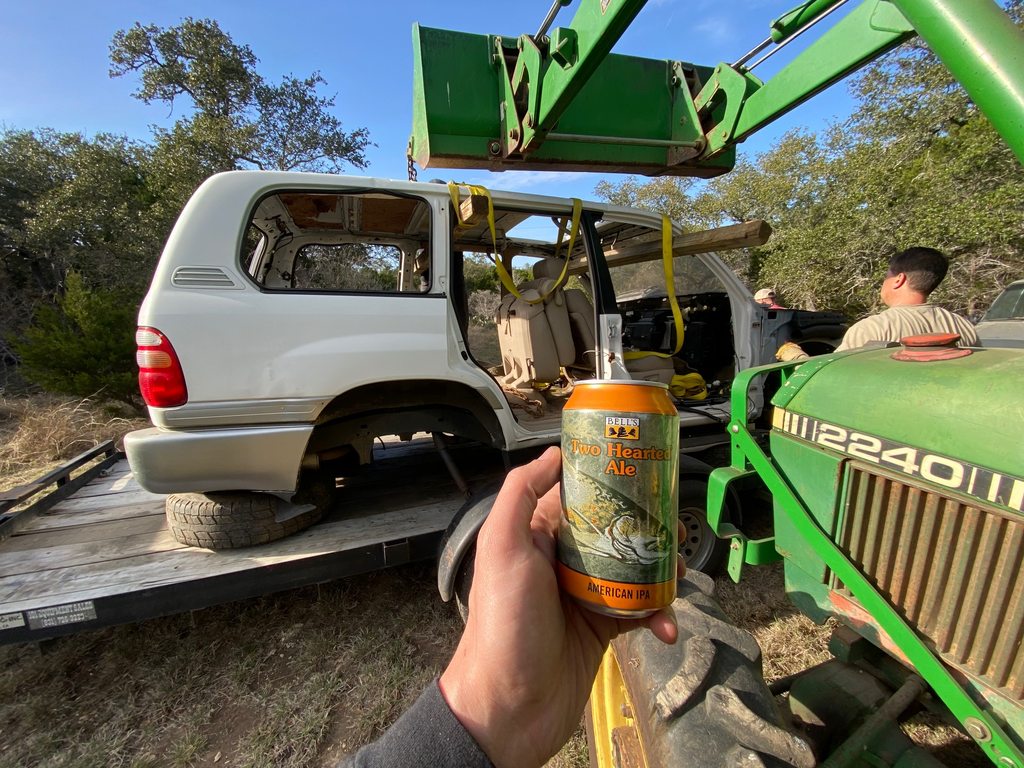 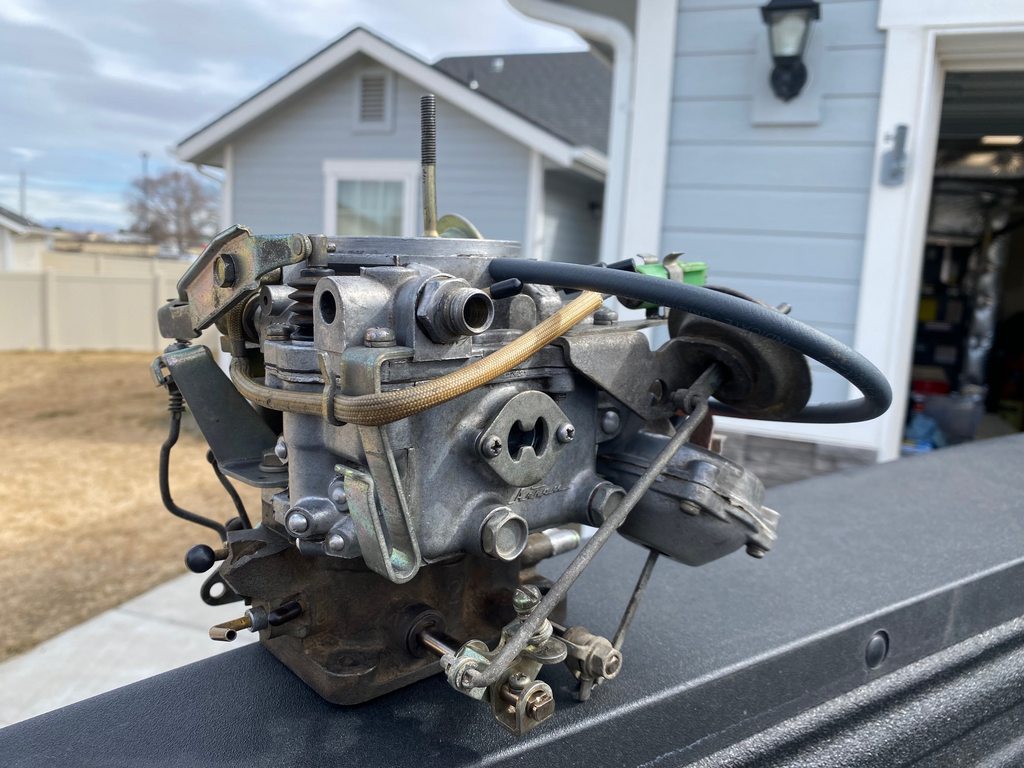 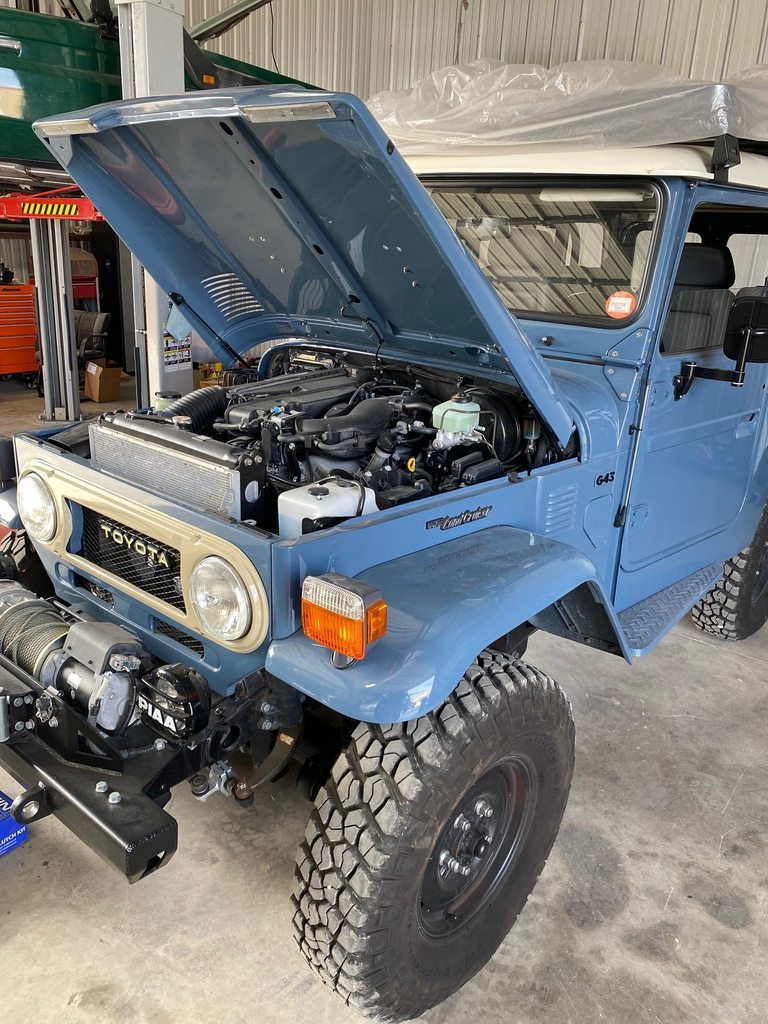 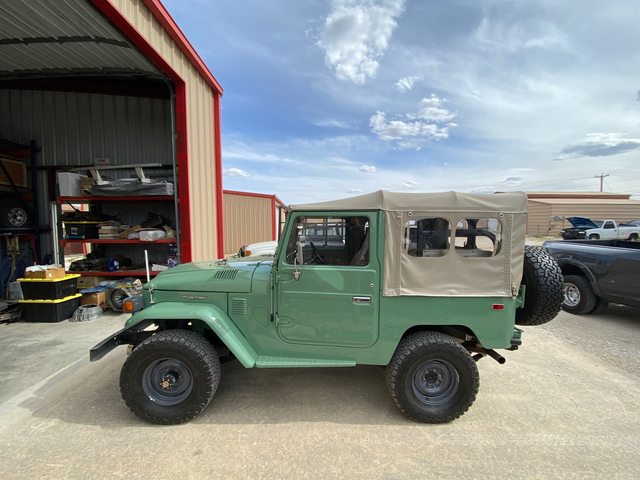 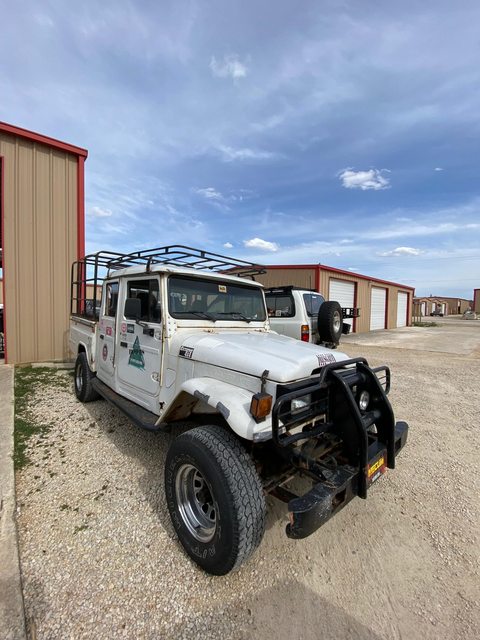 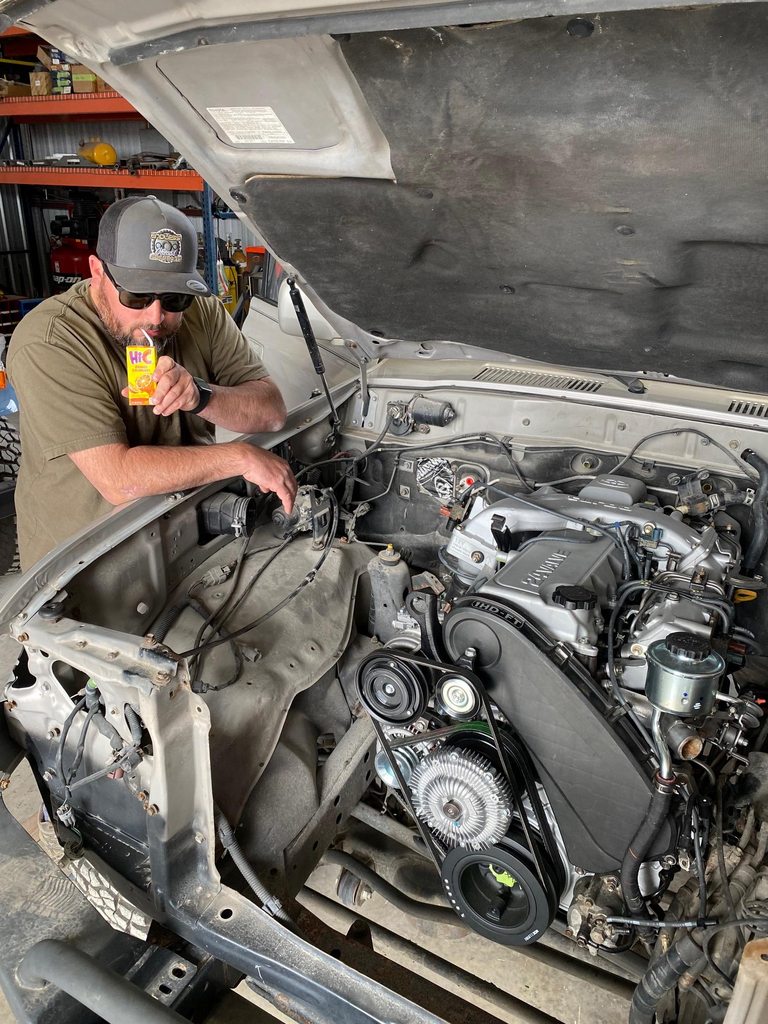 Let's see now, the 60 is gone, the 2F is here with me and a few boxes of parts have arrived. The current plan is to drop the 2F in and remove the unused accessories, install the 4" lift I have for it and slap on a new set of OEM steelies and 33s...and enjoy.
- Nate

Before you do anything , how much will you take for it Nate????
.

JK…sweet find and look forward to seeing your progress on her.
Current Build: 60 Frankenstein Build

One of my favorite colors.

No kidding! Since the brake lines aren't filled, I think I'll just remove everything and buff it out.

sterling said:
Congrats on the new 40 looks like a great canvas to start with.
Great color to boot!
Click to expand...

Thanks! Olive has really grown on me, I think once the tint is off I'll really love it.

CenTXFJ60 said:
Before you do anything , how much will you take for it Nate????
.

JK…sweet find and look forward to seeing your progress on her.
Click to expand...

Haha! You made me hesitate for a minute. Thanks for the rad support Jimmy!

. Yours is probably more solid than mine. Was totally awesome hanging with you in TX. I know we will cross paths again too. And, there is always a spot for you at me and Jessica’s place in Michigan!
Click to expand...

Great seeing you in Texas too, Pat! I'm sure I will take you up on powdercoating once I find some loads that take me nearby.

Tancruiser said:
One of my favorite colors.

I can't wait to buff it out and see how it comes back, it's in pretty nice shape

middlecalf said:
That long trailer’s going to get you in trouble all the time. Too much room…
Click to expand...

It's bad news....and here I just went looking at a 40ft last night.

Thanks! Hope your 60 is coming along well!
- Nate

RodrigzCrzr said:
Thanks, been working on a 40 series.
lately the 60 hasn't gotten any love.
looking forward to see what you do to this one.
Click to expand...

Thanks! They are Austone CSR34; 31x10.5r15. Came on the splitties from another truck and are the rollers for this.
- Nate

mattressking said:
Have a thread?

Thanks! They are Austone CSR34; 31x10.5r15. Came on the splitties from another truck and are the rollers for this.
Click to expand...

Tore the 2F down today, thanks for your help @The Machinist. Hot wash, scrub and reassemble is next. Anyone have a good condition rear 2F engine hook? I'd like to install the motor with the hook this time. 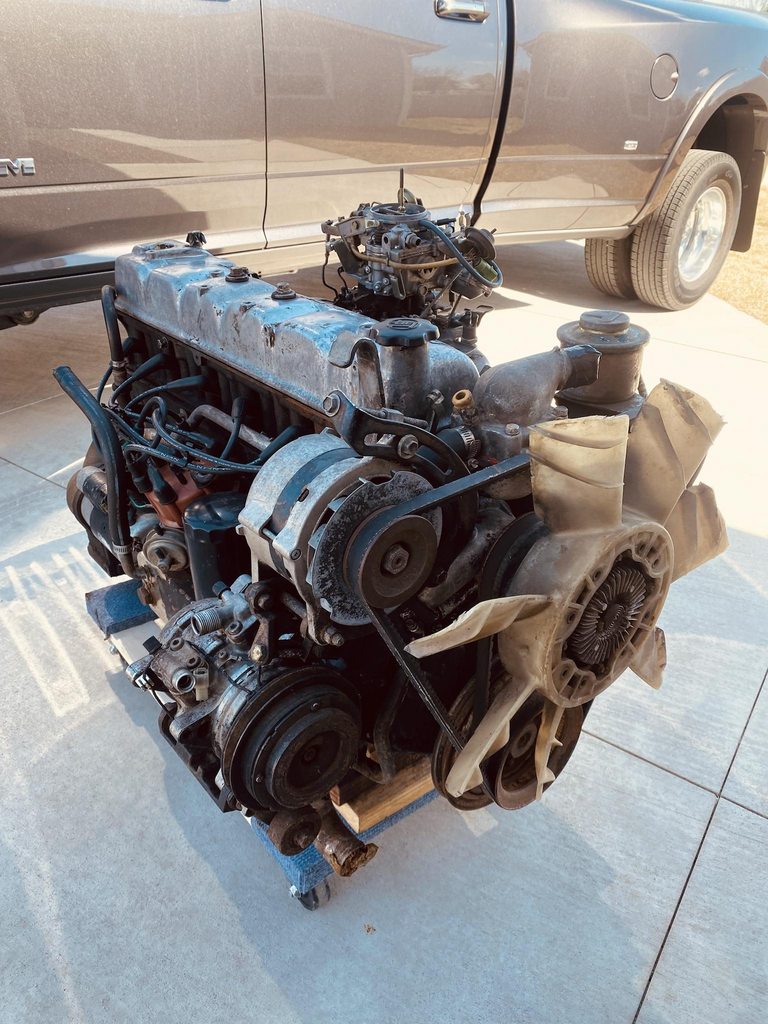 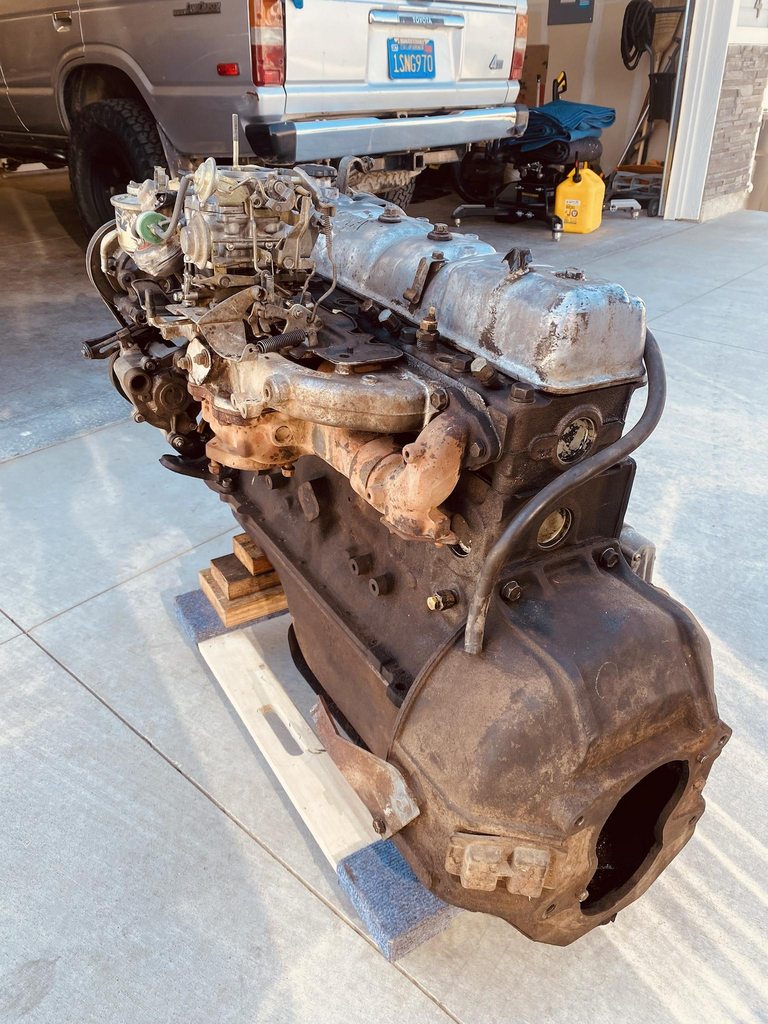 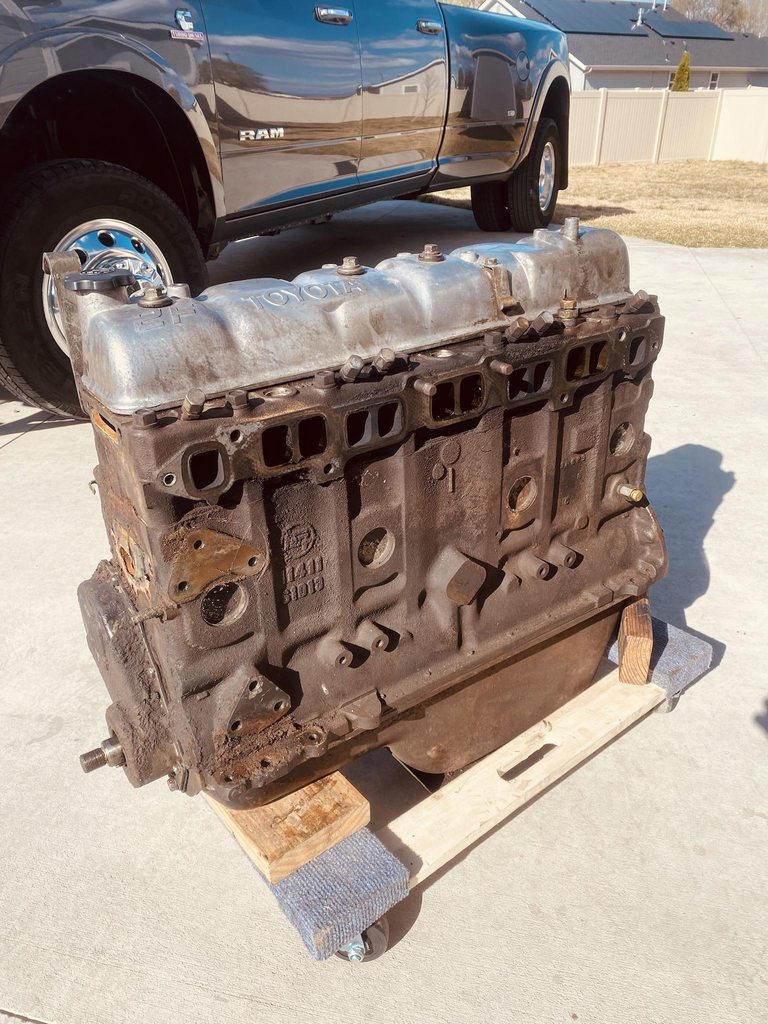 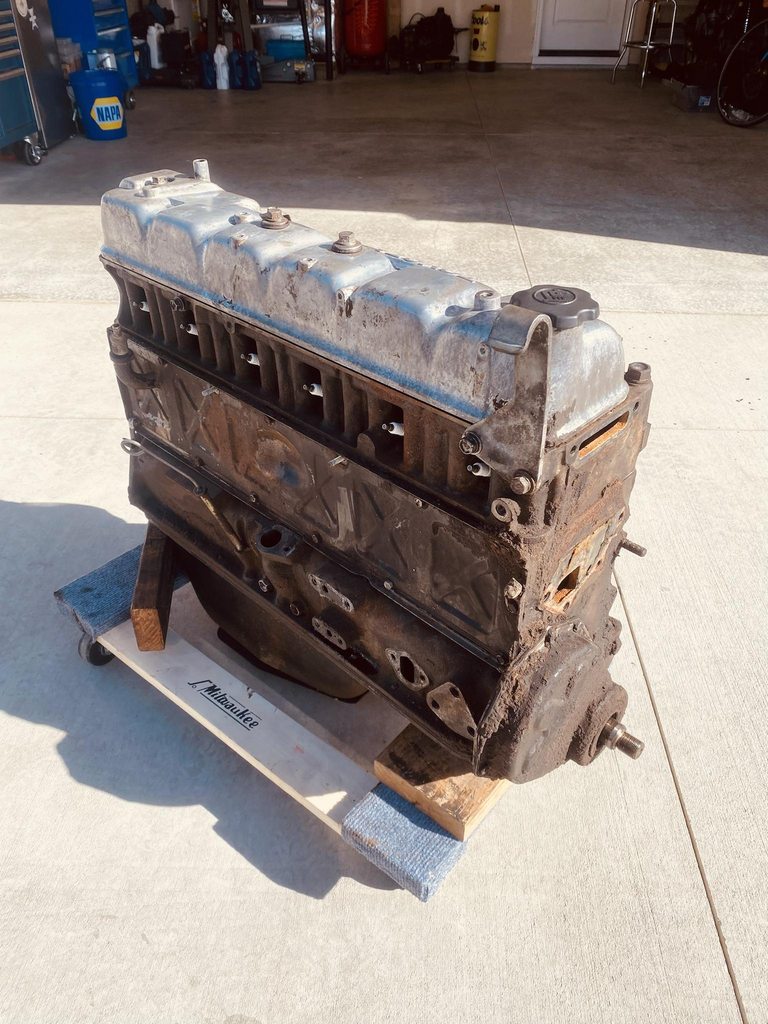 Slow progress here, working on other projects but have gotten the motor, side/front cover cleaned up and ready to paint along with cleaning all the hardware. Paint hopefully tomorrow if all goes as planned. 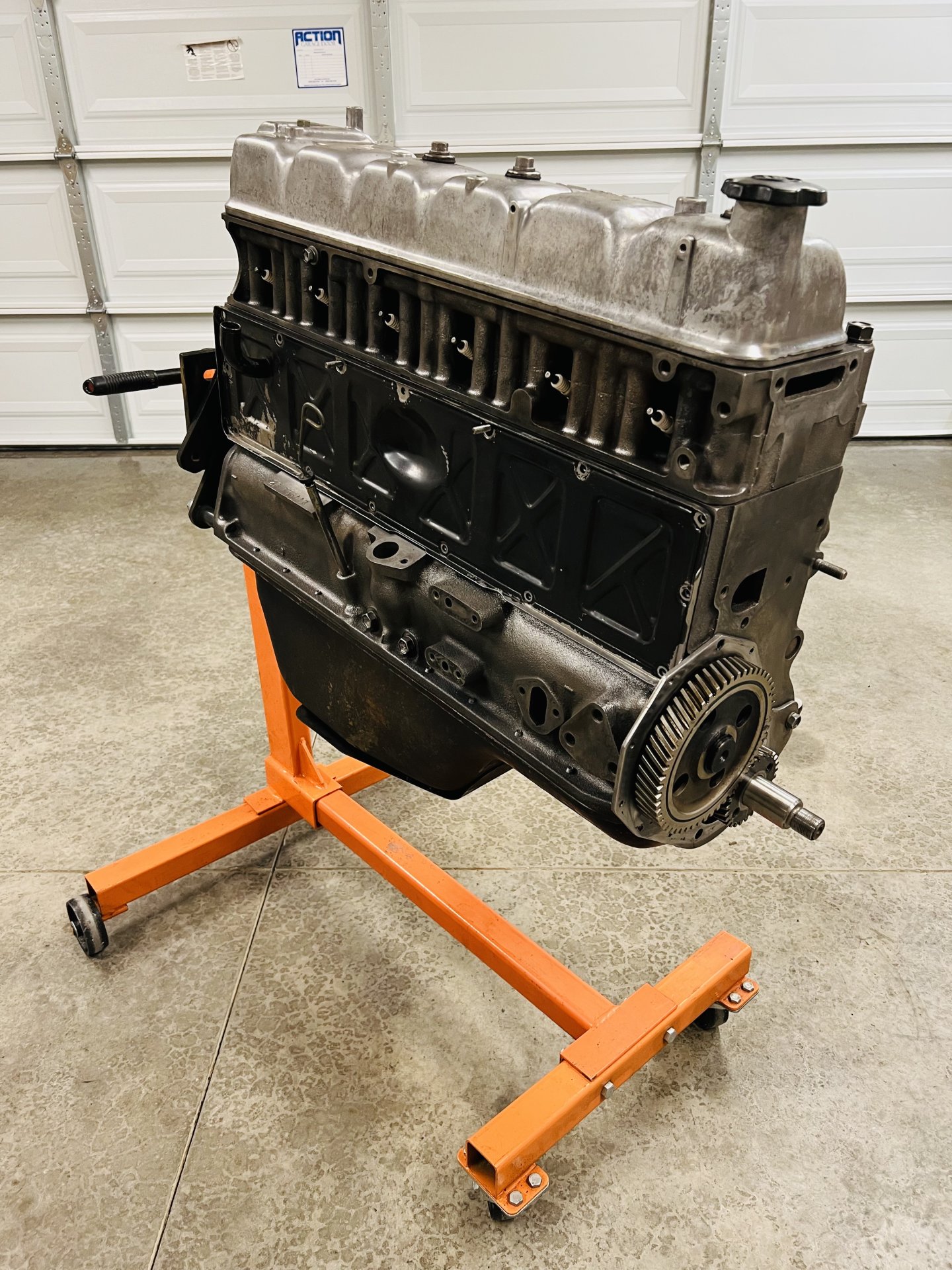 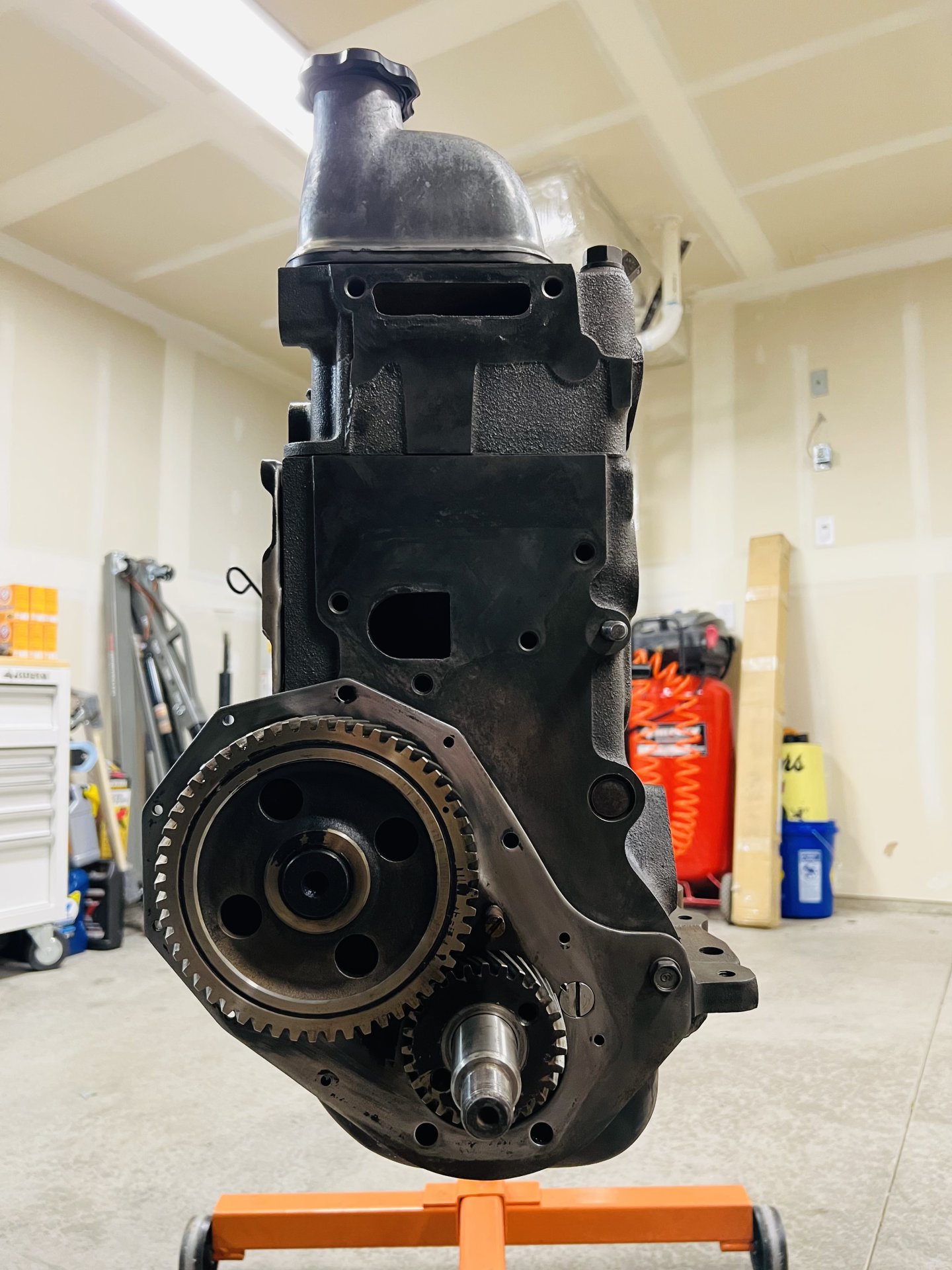 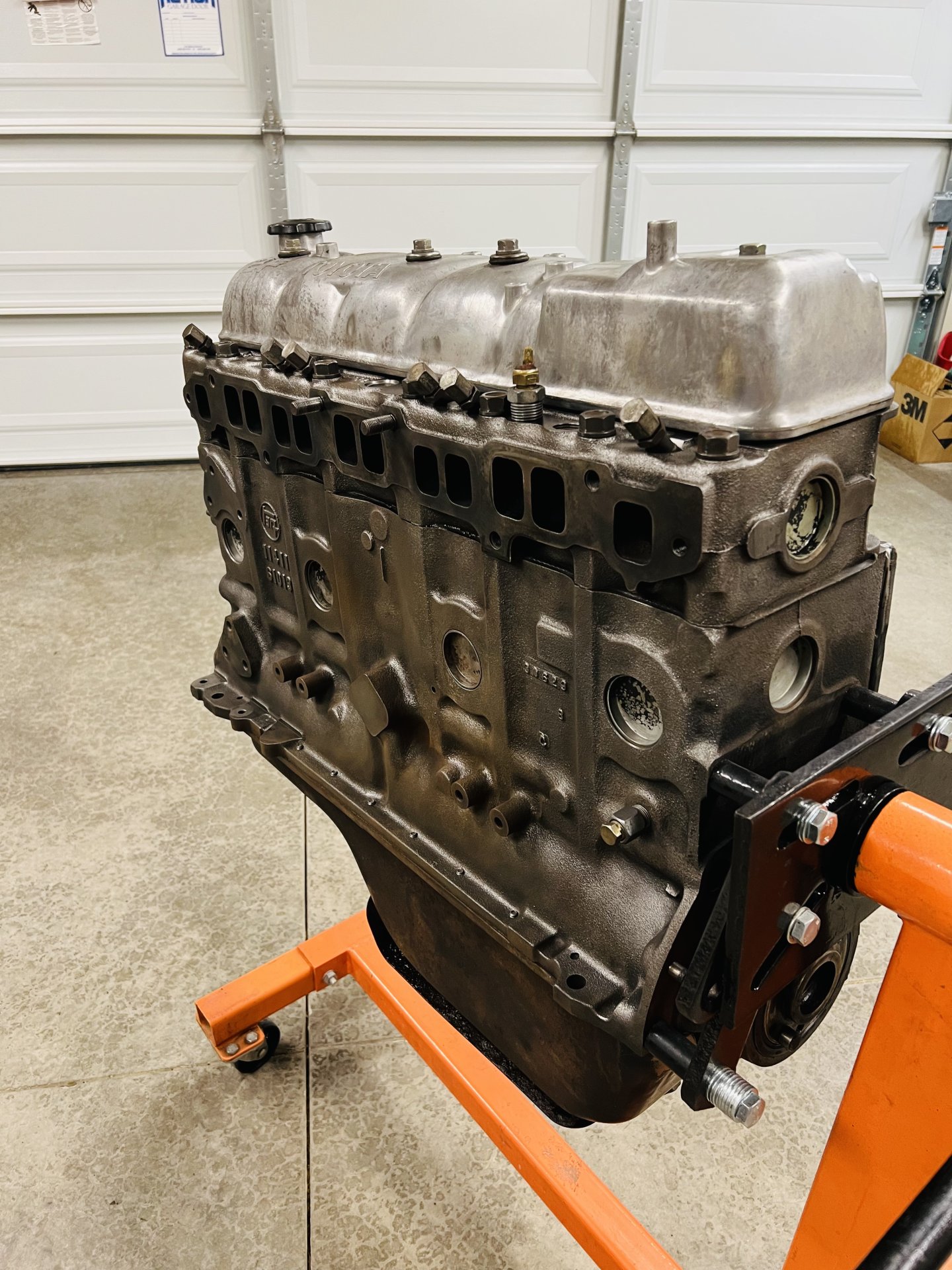 mattressking said:
Slow progress here, working on other projects but have gotten the motor, side/front cover cleaned up and ready to paint along with cleaning all the hardware. Paint hopefully tomorrow if all goes as planned.

Nothing new or fancy here, just a lot of engine enamel and scrubbing. Told myself to keep this on a budget but still use all OEM parts, so instead of replacing all the bolts - I just cleaned them and reinstalled with paint and new gaskets. If a bolt was rough looking, it's replaced...which with this 2F, it has been quite minimal. Got as far as I could today with paint and reassembly and so far.....waiting on orders from Toyota and some items out for vapor blast. 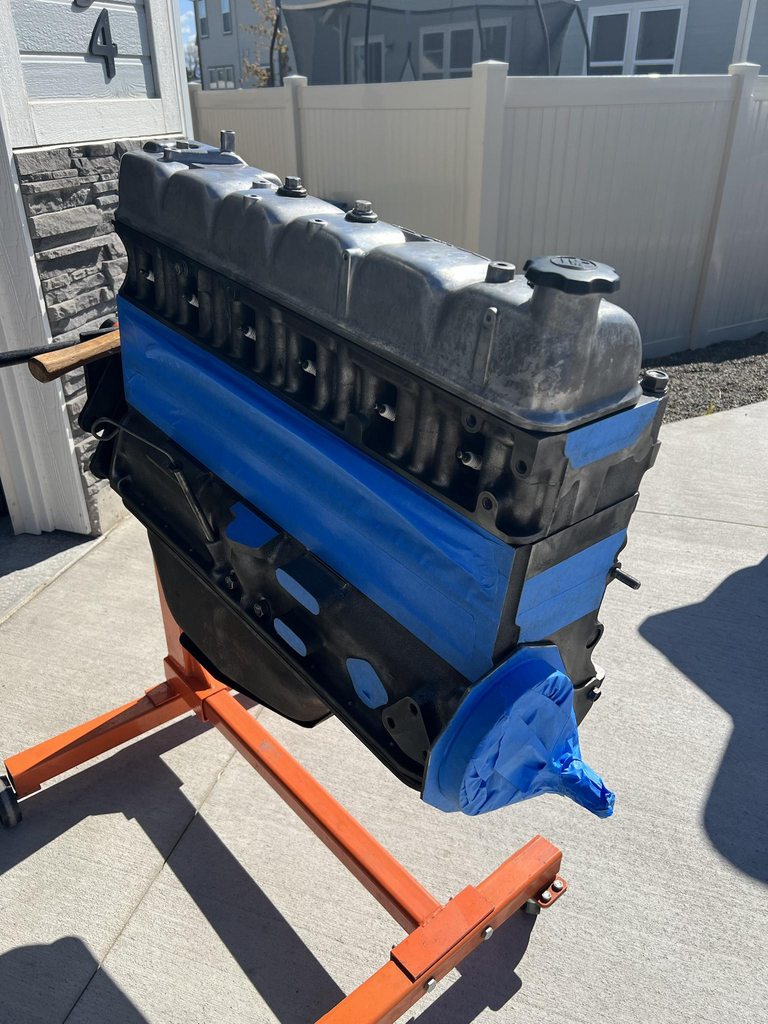 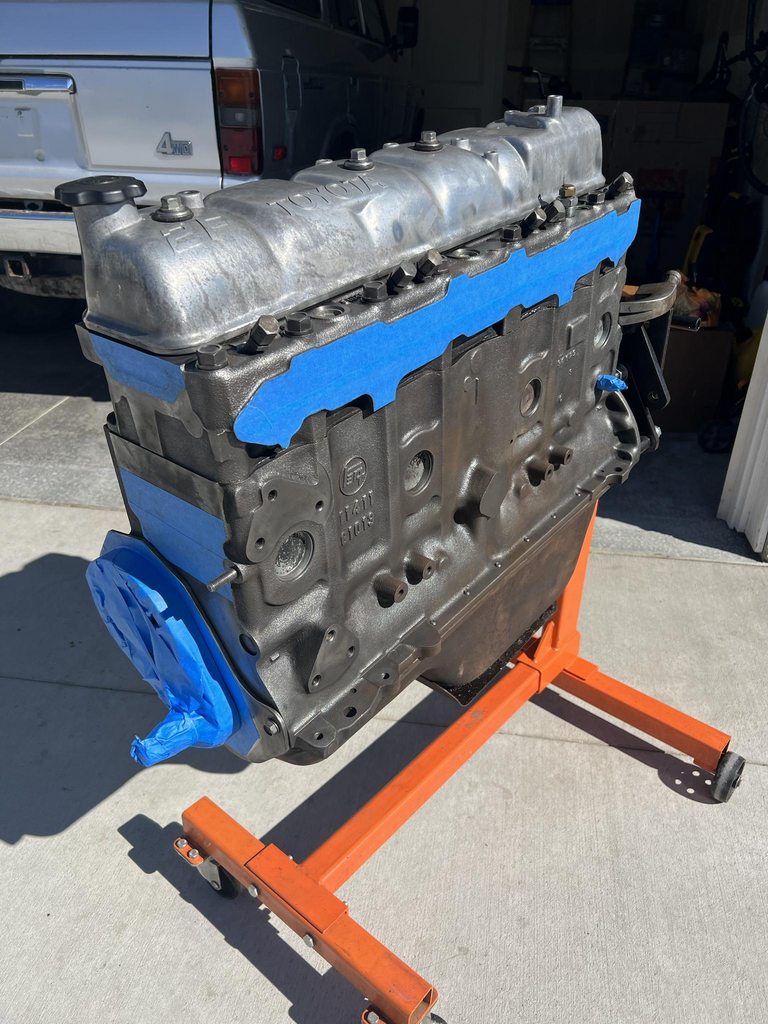 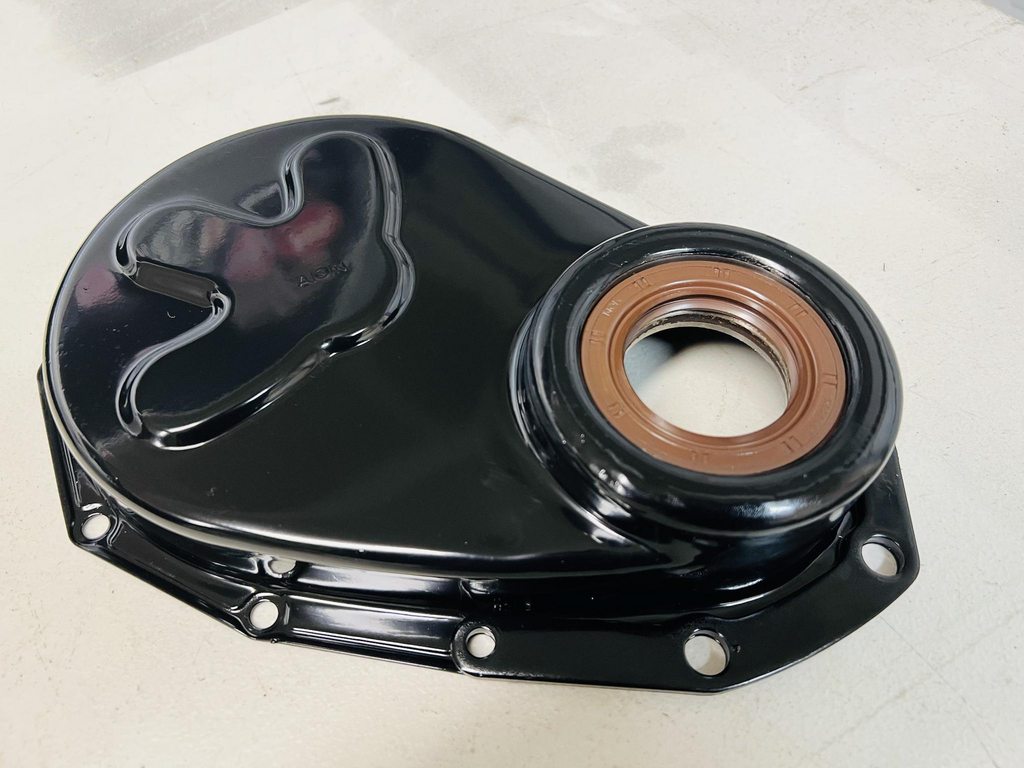 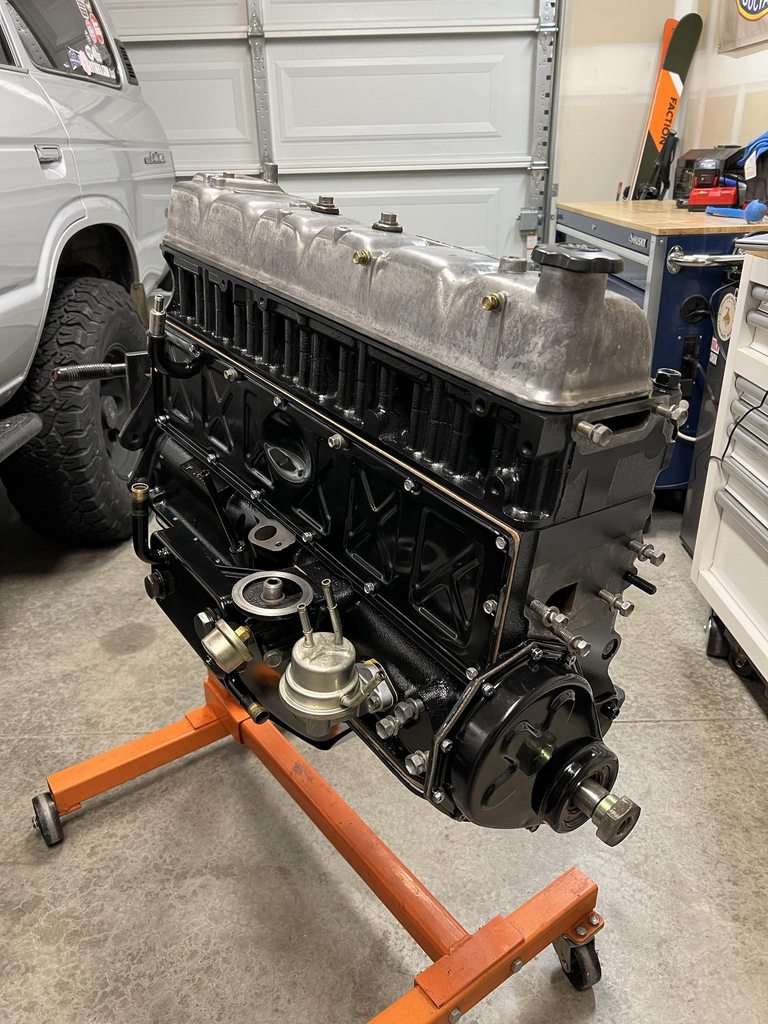 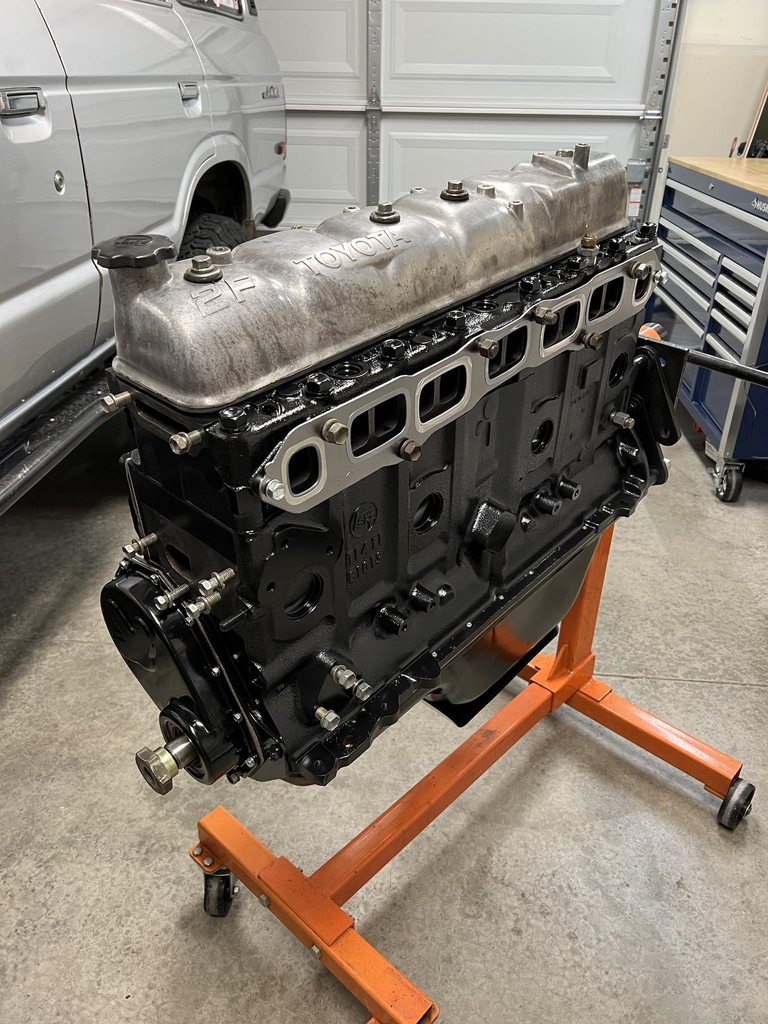 Looks great.. What did you paint it with?
Build - Rediscovering an '87 FJ60

LazarusTaxa said:
Looks great.. What did you paint it with?
Click to expand...

Thanks! Duplicolor engine enamel, gloss black. Laid relatively well, but grabbed a couple of cans of vht engine enamel in the same color to compare for brackets and such.
- Nate

mattressking said:
Thanks! Duplicolor engine enamel, gloss black. Laid relatively well, but grabbed a couple of cans of vht engine enamel in the same color to compare for brackets and such.
Click to expand...


Yeah, as I said, looks great man. I used POR15's engine enamel on my side plate and a few brackets and did not like it at all. Seems like a great paint, and worked fine on textured cast parts. But, for smooth parts like the side plate it left brush strokes like crazy. Definitely needs to be sprayed on.
Build - Rediscovering an '87 FJ60
You must log in or register to reply here.

Resurrection of a pair of 78s