Heres a little story About a Fella Named LANDTANK and his magic orange fan clutch. (8 Viewers)

Once upon a time I was in Arizona round about December in the year of a 2020 There was a terrible "pandemic" sweeping the land, So in order to deal with this "event" I found a small shop In Az that made the claim "I can get a short block OEM4.5 Engine by tomorrow" The hell you can I scoffed. Well If I'm lying well sir Imma dyin, the very next day a new in the crate OEM 4.5 showed up, Numero 13 left on the earth i was told. Couldnt get a long block BUT the head on my 400K 4.5 was only at 78K SOoooo I sent it out anyway to a local shop to do thier local shop Magik to it. And they did. WHILST, the head was A bein done over, I figgered it was a good a time as any to rebuild my supercharger AGAIN, I had just totally rebuilt it back in NOV of a 2 zero 1 niner, But hell it s out I have the rebuild kit in my spares box, So a rebuildin I did go. Now the motor is prepped the head reutrns, the Supercharger is 5by5 and I got a line on a racing header from CXRacing came with a lovely downtube that lasted less time than my first marriage, But thats another story. The header fit perfectly EXCEPT the number 2 tube had to be removed and totally reworked to clear the soft delicious bit Under the supercharger AND a solid heat shield was CRAFTED to protect the entirety of the under parts of the SC. all bolted up, torqued etc etc and I think to myself THE HELL WITH THIS OEM YOTA Radiator I just put in 50K ago, I NEED a metal radiator and DANG IT I needs it NOW. Sooooooooooooooooo I gets a holda CSF radiator folk and they say "well sir, we got a radiator here made out of metals from all this great land, It will be a prefect fit for your 4 runner, Great I said but its a Land cruiser indicated by the large straight front AXLE. Sooooooo I POP it in tidy everything up because the small shop wasn't to keen on finishing what they started so I basically paid a shop to let me show them how to install a 4.5 in my truck at their shop, Fuggit, it worked. Out the door rolling east outta AZ, When i notice the scanguage whisperin, "hey A%$clown, Im getting warm" and warm it wasa gettin INDEED. 70 degrees crusin @74-77mph and the trucks clockin 205-215 without the AC on . Those BASTARDS at CSF I think to myself, Well Im not even home and I start textin folk, "Landtank can you get me a new blue fan clutch to replace my 2 year old blue fan clutch?" he said HELL'S YEA, whilst twisting his handlebar moustache in delight ( I imagined) Not only can I sell you a blue, if you can wait another month Ill sell you an orange one specifically for the SC 80 motor.......Well Slap my A%$ and Call me Willie. Ill take both the blue one Ill buy cause............................... But the Orange one was always the unicorn, or at least a really rare dog, or the like. WHATEVER, I get home NEW OEM radiator, new OEM fan shroud, New OEM ORIGINAL 4.5 FAN BLADE And finally the ORANGE FAN CLUTCH I opened all the boxes tore my entire cooling system from a TOTAL engine replacement 6K miles prior, and I mean everything under the hood betwixt the fenders and on top of the frame is brand new OEM and installed each piece as tho dropping a wrench or bending a radiator fin would ignite a nuclear weapon hidden in my rear drawers. It came out 100% perfectly. THEN came the test, I ran the truck from Boston the east BumF^%$ Maryland On a 80% humidity 90 degree day south bound into the sun at 80MPH and with the new AC compressor Cranking and she didnt even touch 193. That as the kids say these days is what the F^%$ Im talking about. AND, RELAX stop typing. I aint done I also went through Baltimore traffic sitting in the middle of the city, I was the white dude in the ?? Military truck?? or big A^% 4runner thing and again she didnt tip 193. That is what Im talking about Rick is kinda a dick, but the dude is a genius witH this shiite.
Pics attached including Oh yea my bad 20 miles in to the heat run to BumF(*& ville. My fan shroud Had a hairline the new fan sucked it down and nuked my new fan so I made the 1000mi test run with 7/8 of a fan. yea I'm Rich Bitch.
I am out. OH hold on, wait a sec. When I got home from driving from AZ(new Motor , header etc etc the Dowtube supplied with CXRacing header the expansion joints literally totally melted so last 200 thru UPstate NY I was wide op headers. Nice, well a trip to KGPerformance in New Hampshier and the custom built Uno por Uno an new 3 in exhaust of the header and NOW its the Shiite, and yes I was first one to get Otramms 2in SS exhaust just 2 short years ago, But it needed to be thrown away, it needed to be thrown away a year ago, but after ONLY 12 different stops and 10 differnt shops it managed to stay hanging until KGP made a real SS exhaust. FIN. 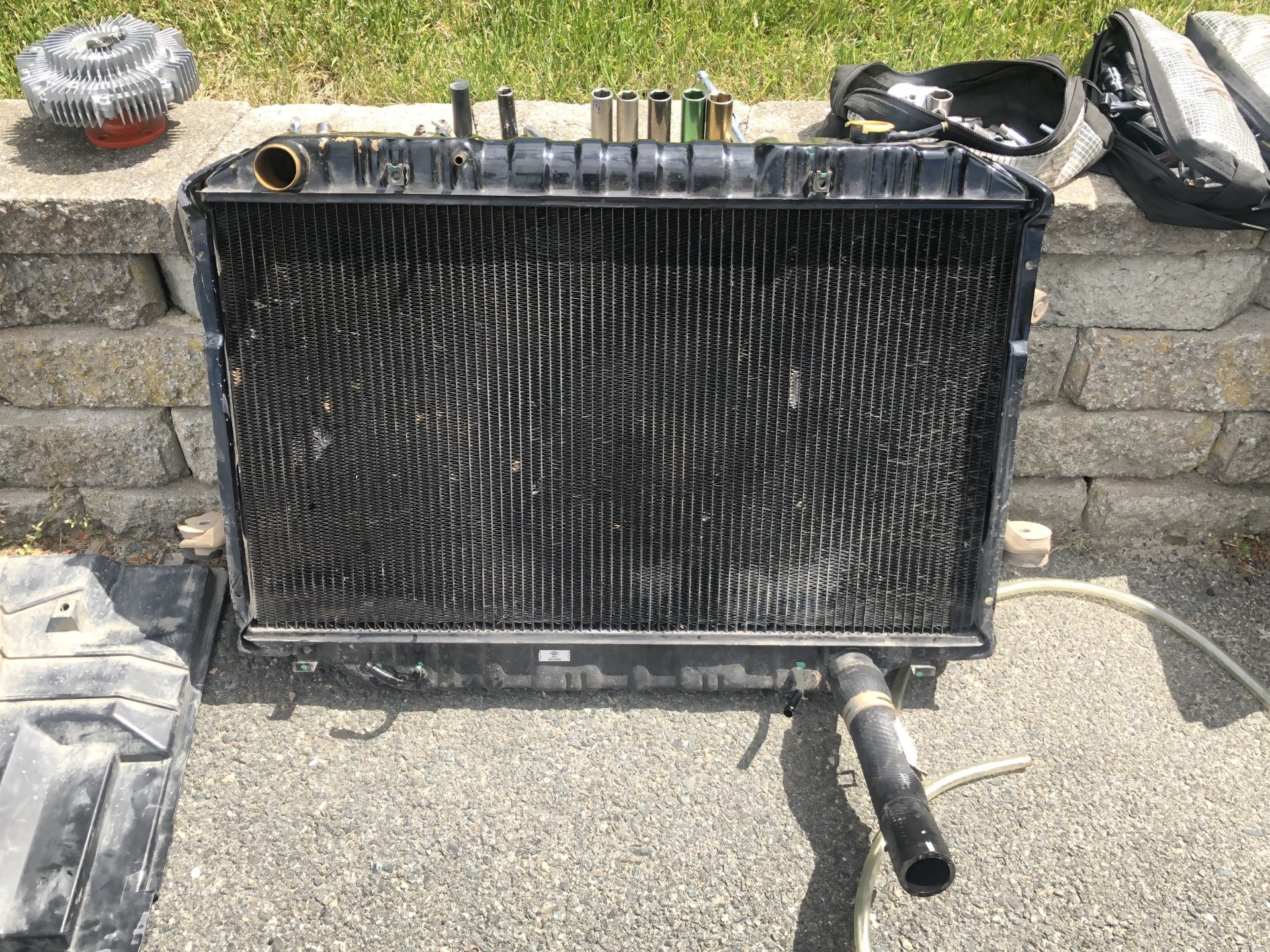 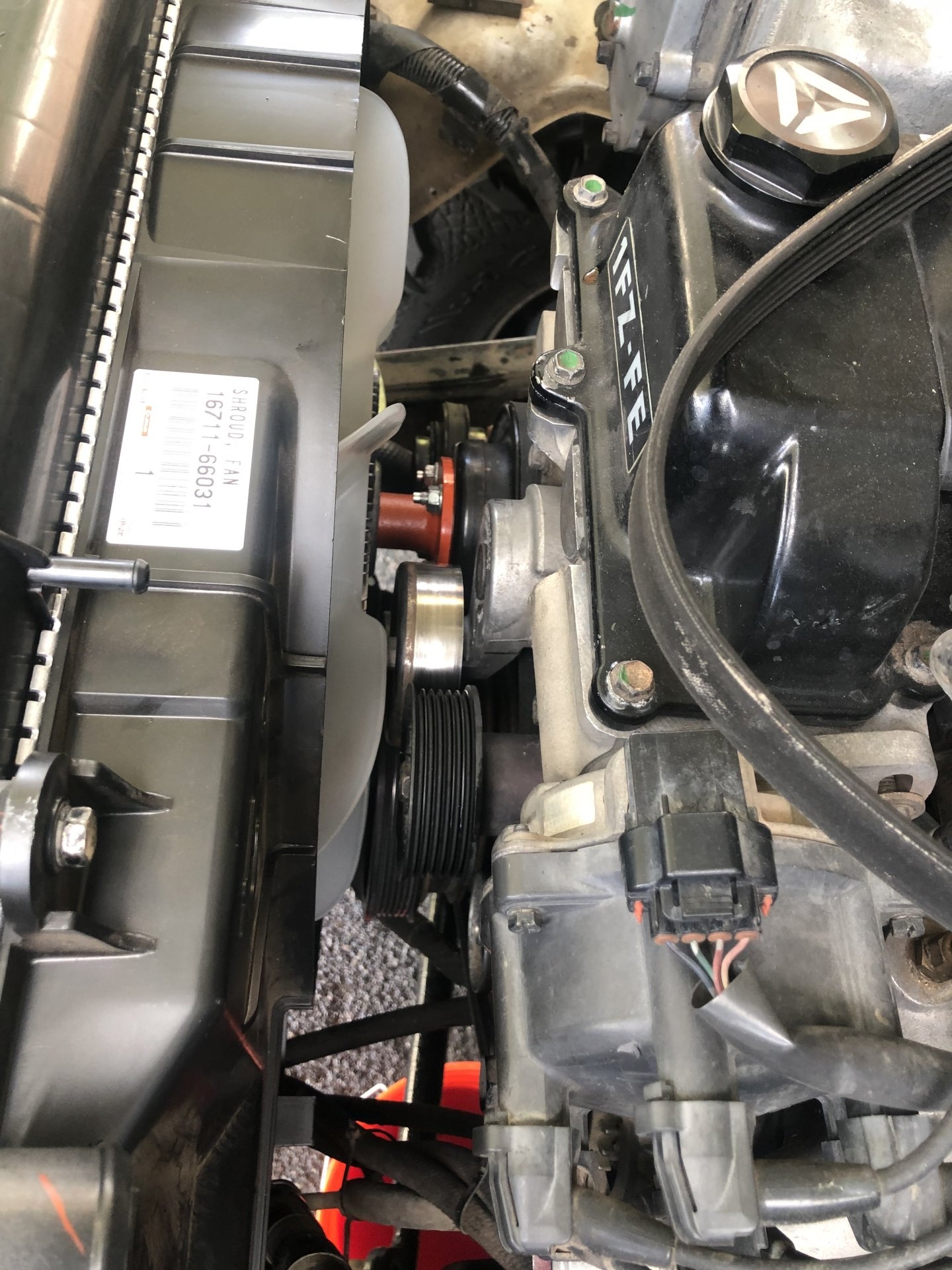 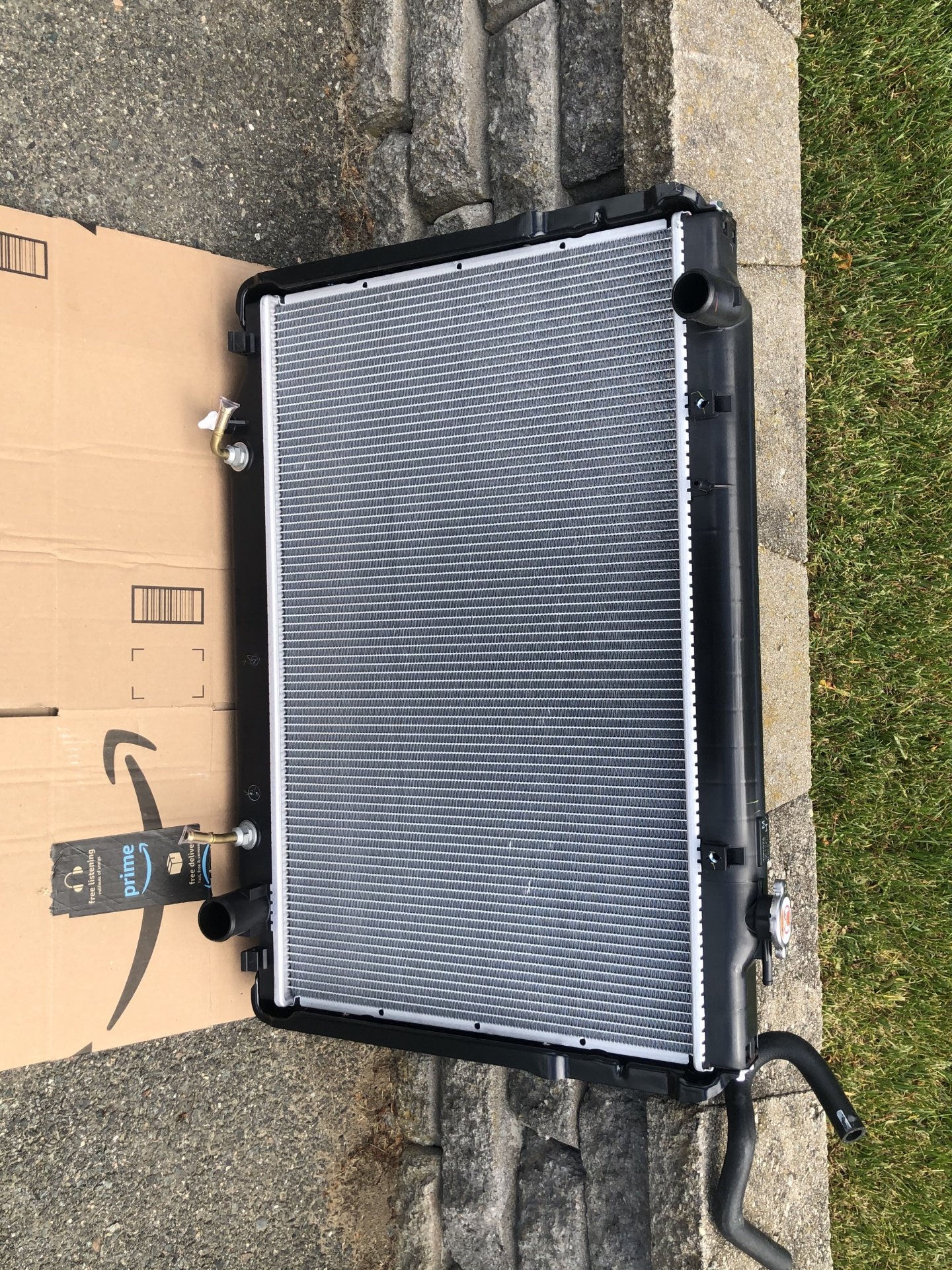 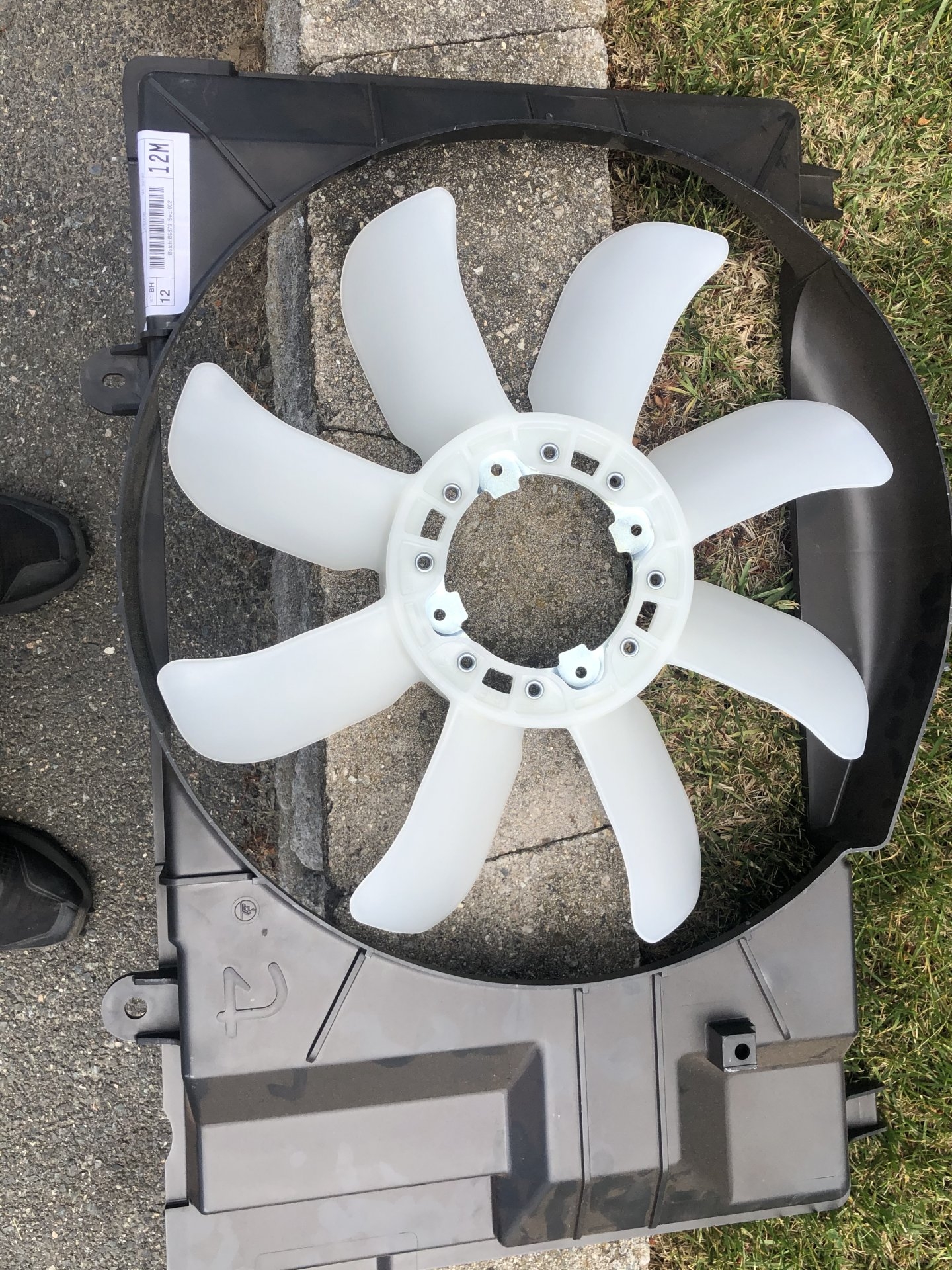 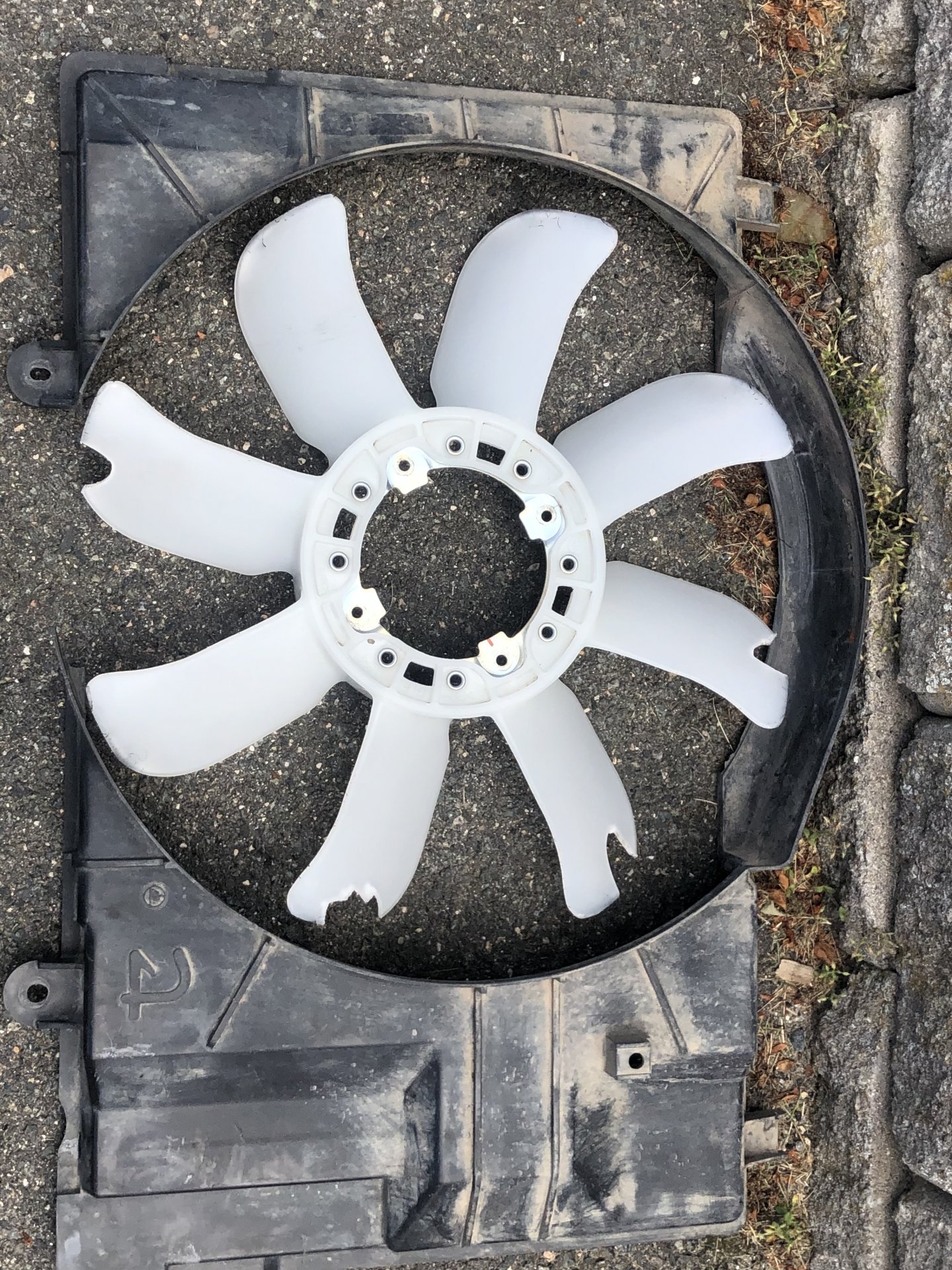 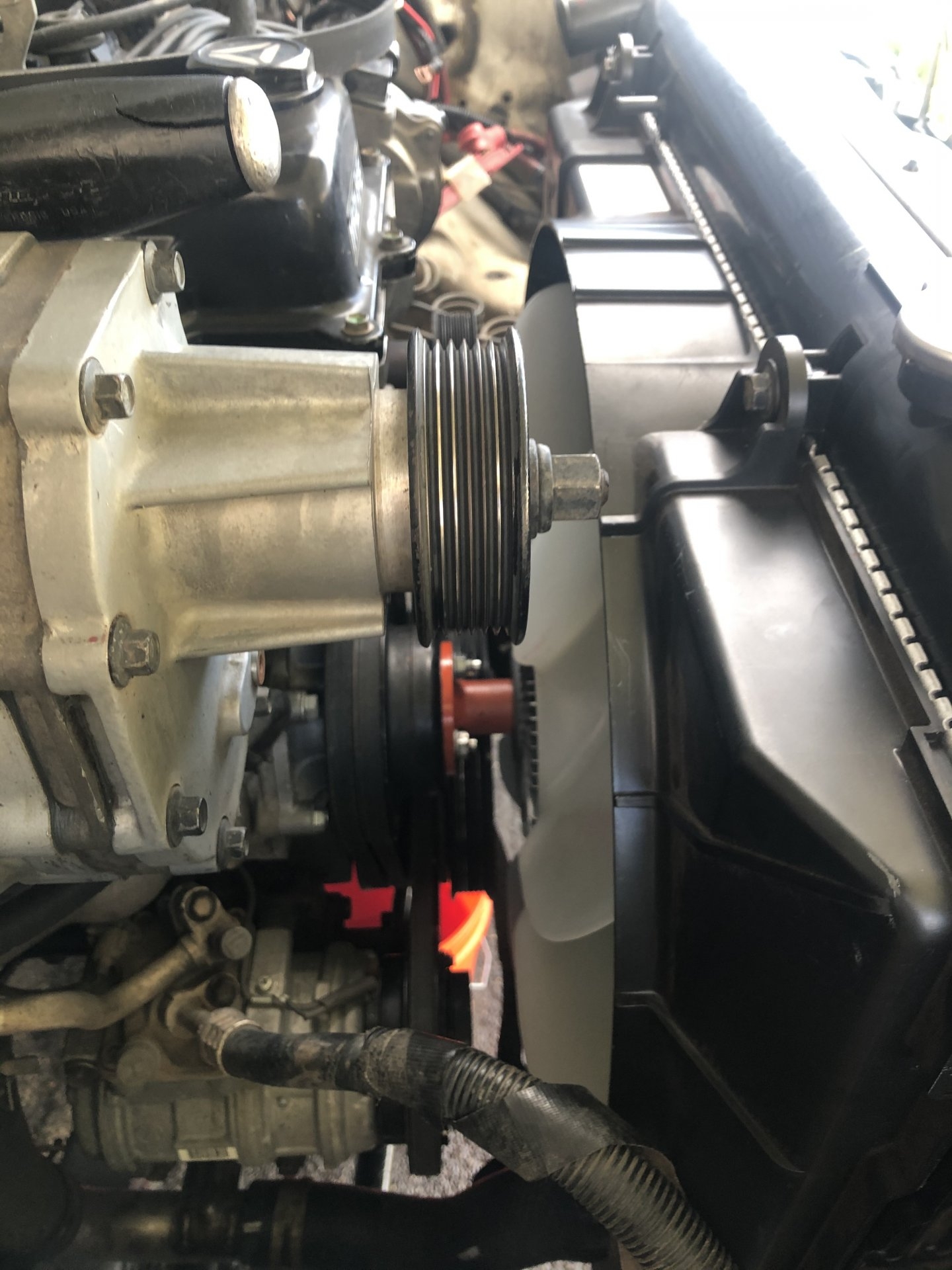 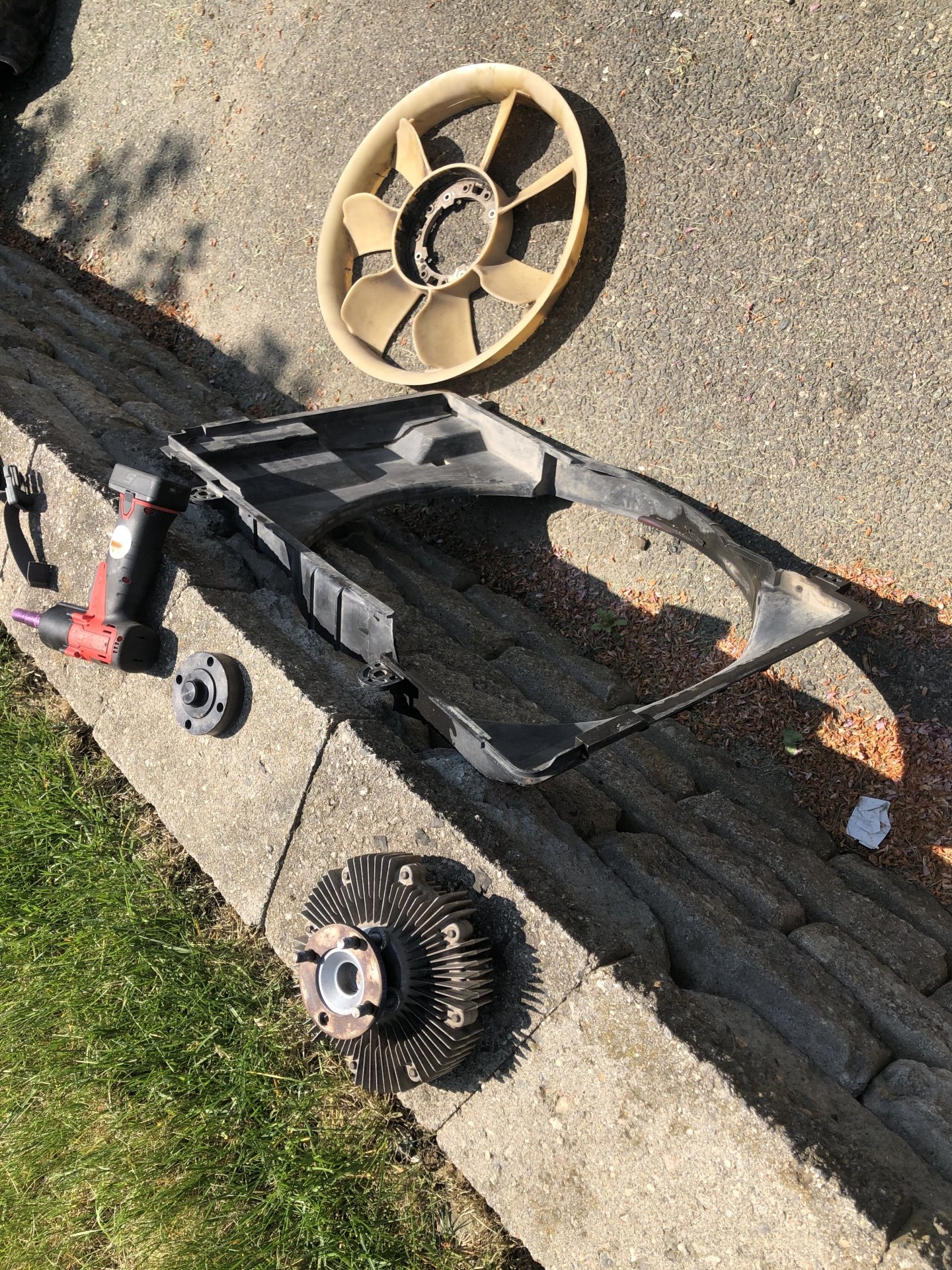 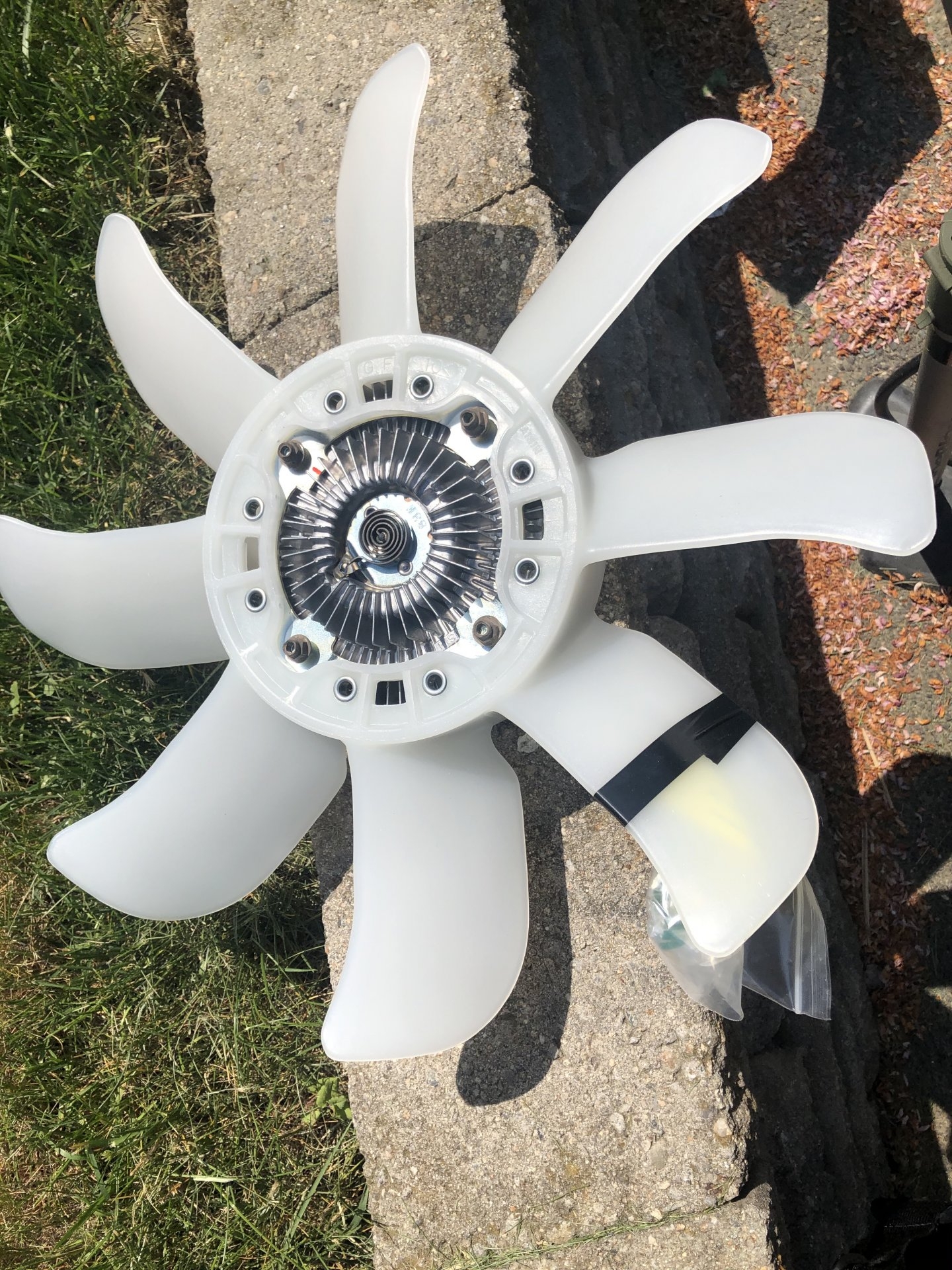 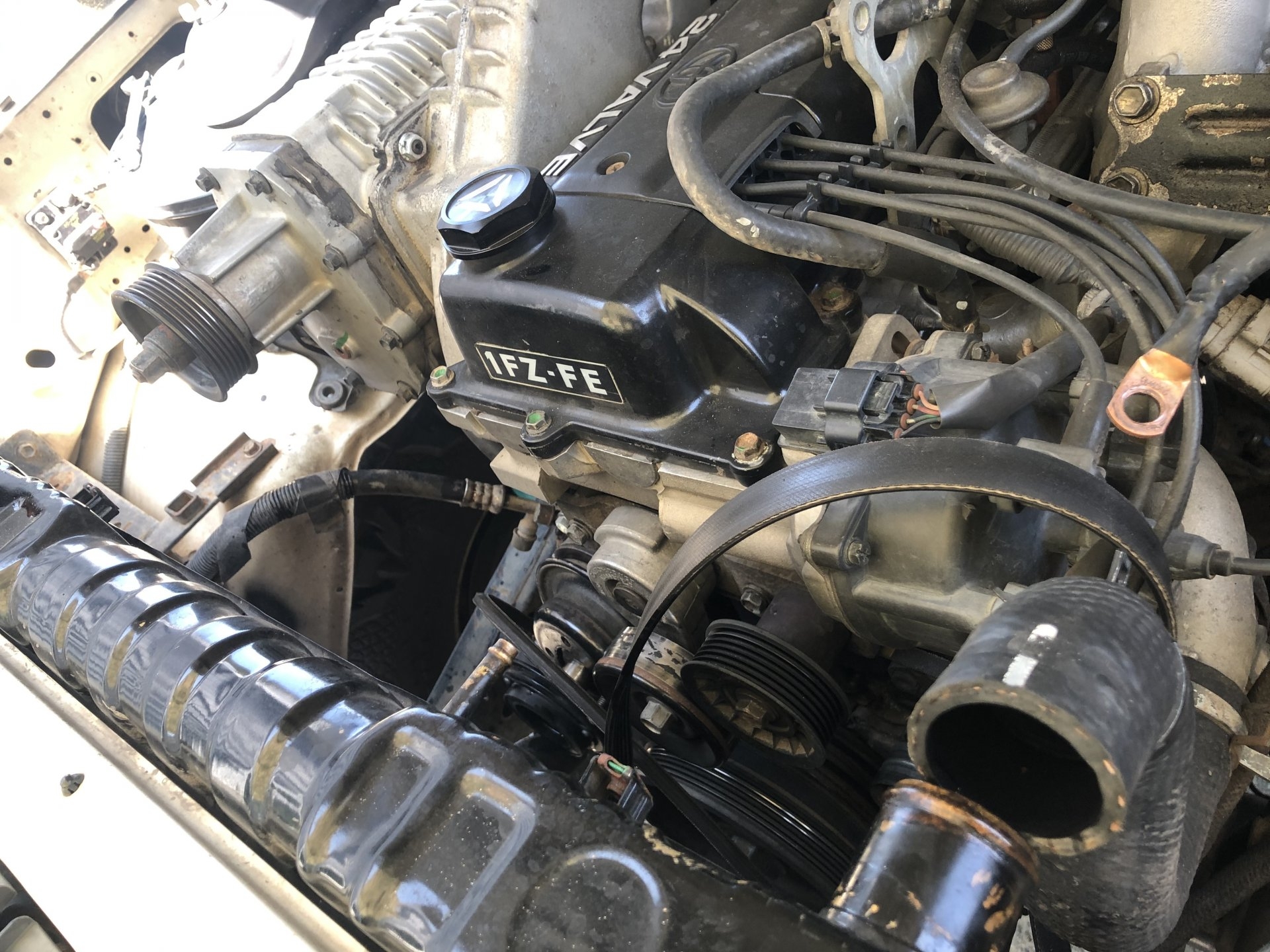 Did someone break the rule of not having cocktails before noon except when camping? 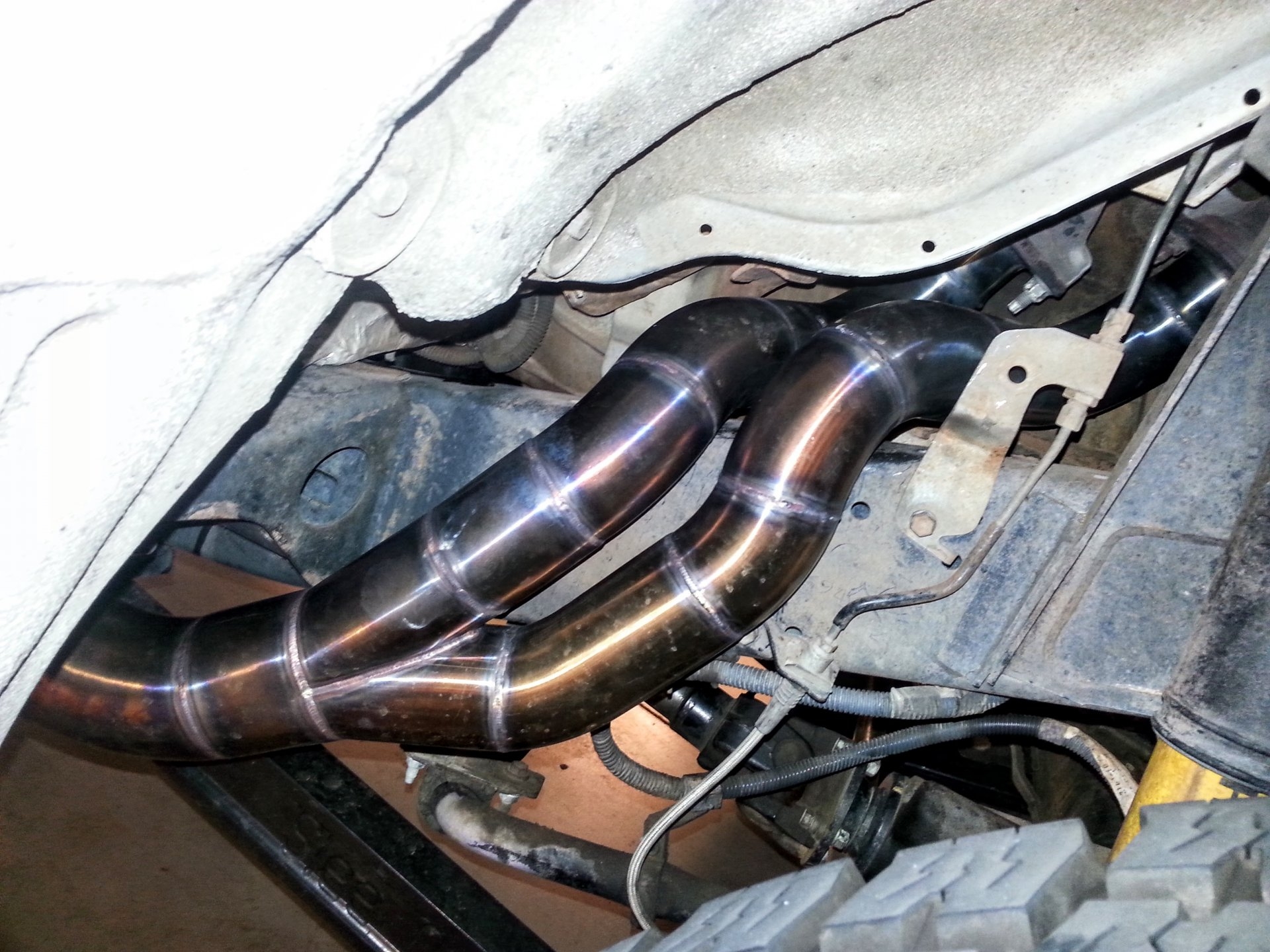 That was a funny ass read. F Mud for stealing another 10 minutes of my life away...

This thread teleported me into another galaxy in the 6th dimension where my fanclutch is reversed and purple while I drive 240mph on 3 wheels and our lizard overlords are now llamas. 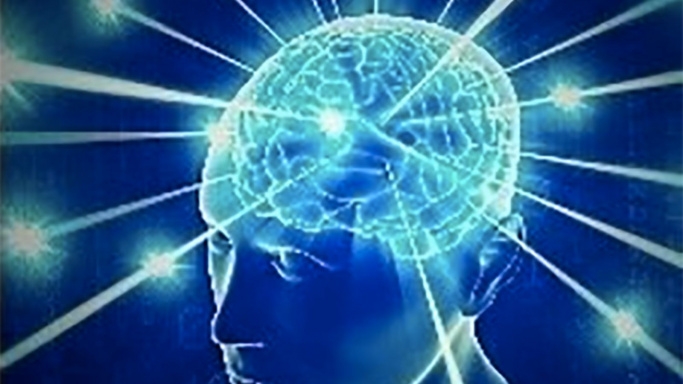 Bludozer said:
This thread teleported me into another galaxy in the 6th dimension where my fanclutch is reversed and purple while I drive 240mph on 3 wheels and our lizard overlords are now llamas.

I'm excited to see the exhaust KG Performance made you. I still need to get a full 3" on my rig. Got any pictures of it?

Bludozer said:
This thread teleported me into another galaxy in the 6th dimension where my fanclutch is reversed and purple while I drive 240mph on 3 wheels and our lizard overlords are now llamas.
Click to expand...

Lumpskie said:
I'm excited to see the exhaust KG Performance made you. I still need to get a full 3" on my rig. Got any pictures of it?
Click to expand...

of course text me and ill send em .

I would of had you build these if I were closer. But Im pretty much same setup as yours.
You must log in or register to reply here.

M
the machinist called about my cylinders today

Electric Fan worth it?