Awesome race guys! Looking forward to seeing all the photos and hearing more about the course. I’m curious to read about the comparison from previous years.

Congrats team, was following you and glickenhaus over the weekend. I want to see some wide open LC content
W

Sandroad said:
Looks like Monica was 0mph for a couple hours a short time ago. I hope everything is ok.
Click to expand...

They got stuck in the silt and buried down to the frame was a comment on the book of faces. I was worried about them but they got back going. This was a great win on what must have been a tough course.

Since she is a 200 series Land Cruiser, I am assuming that Monica here still has no squeaks or rattles, right?

I just got home from Mexico. Give me a day to unbury from work emails and i'll post some details. Awesome race but damn it was a weird one.
U

ignore any typos or bad grammar. I didn't take the time to proofread.

Life has been a bit chaotic since Baja. Including a trip to a rally in Florida with a bunch of crazy and extremely welcoming Venezuelans. I'll do my best to do a quick summary and also let you know about some challenges with Monica that showed up during the race. @cruiseroutfit and @onesprung60 might be able to add some insight as I wasn't at the pit where we got most of it resolved.

Early into the race the guys in the truck said we had lost second gear. It was hard to gather exactly what that meant over the radio so at the first chance we had (about RM 50) we shut the truck down, reset codes and everything was fine. By the time we got to our first driver range (RM124) we had about a 12 mile lead on our competition. We were about 10% faster than they were in each section. After throwing a new driver and co-driver we made really good time to RM275. We lost the chase rig towing the trailer so as we (me) worked out a new chase plan and finding seats for everyone we didn’t get to see much of Monica bombing the beaches at sunset but according to Will and Bub it was awesome. We kept missing them by just a few mins. Truck ran without issue until RM275 around 8pm. I hopped in the co-driver seat with @cruisermon driving. We heard an impact gun at the back of the truck but were not sure why. As we pulled out of the pit, up by about 90 mins now over our competition, Kurt hopped on the radio and told us at RM309 we’d need to stop at the BFG pit and weld the rear trackbar. The axle side captured nut had broken loose. The crew had tightened it down and it felt good for the first 12 miles or so. Darren and I passed half a dozen vehicles through this rough uphill section. Nearing the top we started to feel the axle in the back shifting around in the rocks. I hopped out to look at it and everything was tight but you could see some wear marks of the axle shifting around. We decided to keep going but at maybe 75% until we got to RM309. It was a lot of rock crawling through washes and up canyons. The best analogy I can think of for the section from RM275 to RM410 is it was like doing a 130mile Rubicon trail. We didn’t notice any transmission issues but we also had very few times we were going fast enough to get out of 1st gear and when we did it was usually downhill or a 3/4mile section of fast farm road.

The BFG pit welded up the panhard bolt and the truck felt brand new after that. We drove conservatively. We were in the middle of nowhere. A break would mean the end of our race. The access was very limited. We passed a lot of stuck and broken trucks over the next few hours. Everything was going great until we hit a sneak silt bed that buried us up to the frame about 3:45am. At first we thought it would be a simple extraction with maxtrax but we were so hung up on the center mound our tires just spun. The silt was about 18 inches deep, up to my knees and we had to chop at the center to get weight on the maxtrax. (imagine wheeling in deep snow but the center mound is solid ice) At one point our crew used the BFG relay to get us on the radio. We told them where we were and BFG told them it was at least 4 hours to get to us in chase rigs. Darren and I kept digging and digging and finally got her out about 5:15. We lost most of our lead. Our competition was now only about 10 miles behind us (which was about an hour in that terrain). Once we got moving again, and the sun fully came up we were able to make much better time but still not fast. Think 20mph vs 8mph. We hit the highway and had a 30 mile speed controlled section of pavement to relax, despite the bitter cold, to where the course left the highway at RM440 around 7am. I took over driving duties and headed South into the washes and whoops of San Felipe. At times it was fast (85mph) and times brutally slow (6 or 7mph) but the transmission issues were coming back. Bub (my co-driver) would reset the codes with our scangauge and things would be fine. The bigger issue was the truck began to mis-fire and lose power. Like we were down a cylinder. This happened to me the first race we did, Vegas to Reno, back in 2013. That day it was hot, 105ish. It was still chilly in Baja so I didn’t think it was heat related. A couple of times we needed to stop completely and shut the truck off to get the ECU to reset. I was doing my best to make up for the time Darren and I lost getting stuck but Monica was not 100%. Ironically our competitor got stuck in the same hole we had, not for quite as long, but it slowed them down. I managed to get our lead back up to about 3 hours. At this point our competition was against the clock and the course. To put this year’s course into perspective, last 1000 we raced, we averaged 38mph. This year we were just over 26mph.

When we got to RM610, around 1pm, I was done. 17 hours in the truck with nothing more than a peanut butter sandwich and a can of coke. I THOUGHT I conveyed to the crew what was happening with Monica being down on power but honestly I don’t know that I truly did. I do know that we had transmitted codes over the radio and one chase truck had headed out ahead of us to a cell signal to do some research. In that truck were Ryan Davis and @onesprung60. Two of our most knowledgeable team members. Will was with me at Vegas to Reno and both had been in the truck earlier in the race. Kurt took off behind the wheel of Monica into the infamous San Felipe whoops along the powerline and Zoo roads. Long before he ever got there I heard them over the radio saying they had no power. That’s why I know I didn’t convey the issues well enough. I’d been dealing with it all morning. At some point, and this is where I’m unsure what happened as I was headed to San Felipe for food and then to the next pit, we did an impromptu pit on course where Will and Ryan zip tied some wires that were rubbing on each other. They had diagnosed a grounding or shorting issue in the electrical system as the cause of the codes and cylinder loss. Again I’m not sure which wires and where they were rubbing but whatever they did fixed the issue. Kurt pushed hard to finish his leg then he and his co-driver swapped seats and Ryan Nakaya took Monica to the finish line. They got stuck once climbing over the summit. Took about 35mins to extricate the truck. We did a quick splash of fuel at RM805 and we finished in first place around 2am. All in were just under 39 hours this year. Cutoff was 40 hours so we weren’t fully up against it but we were close.

Monica is sitting in a shop in Ely, Nevada right now. None of us have seen her since the finish line. We’re meeting over the holidays to discuss next year and what is next for us. Will has offered to take her back to Texas and completlybre-wire the truck. He’s been in Japan with Toyota for 4 years so he’s missed out on a lot of wrenching sessions and really wants to get his hands on Monica. She needs it. We’ll see if it happens. I’ll post some pics tomorrow. If anyone is interested in a audio version of this same story I put some decent race video and some more of me talking on IGTV and can post the links.

This thread got me looking at Baja 1000 this year for the first time in a couple decades of following motorsport, and after going down a few youtube rabbit holes I’m strongly considering spectating next year. So it’s safe to say I’m interested.

Great report, thanks and congrats.

With the truck in Will’s hand and access to resources in Plano, that truck will be like new.

Really enjoying the read. A little bit (okay a lot) of living vicariously through Monica.

Figured you guys were busy as I hadn't heard much told on the story since the win. Sounds like a pretty epic journey. Would enjoy any other media links.

Thanks for taking the time to post. I really enjoy Monica stories. 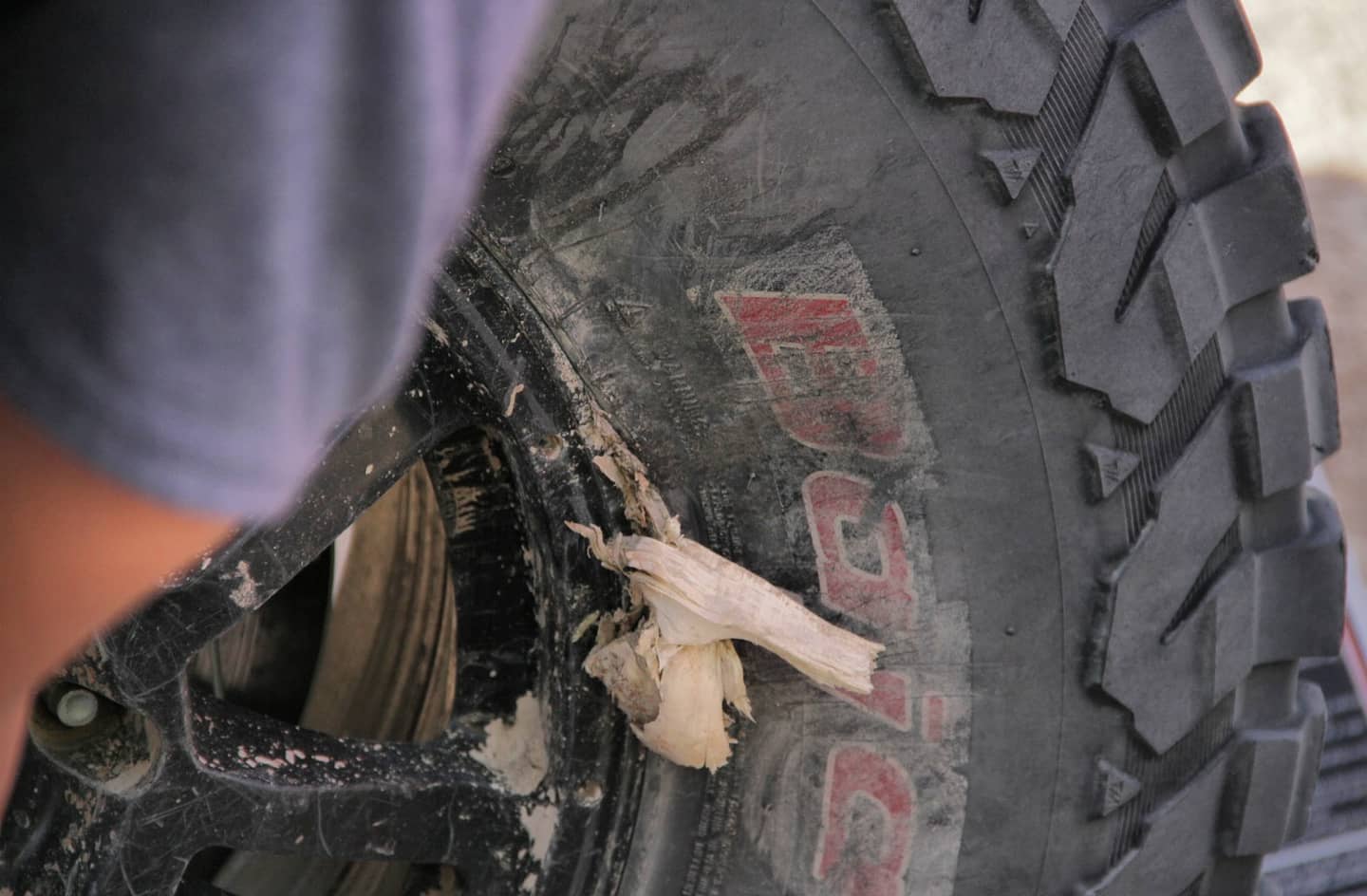 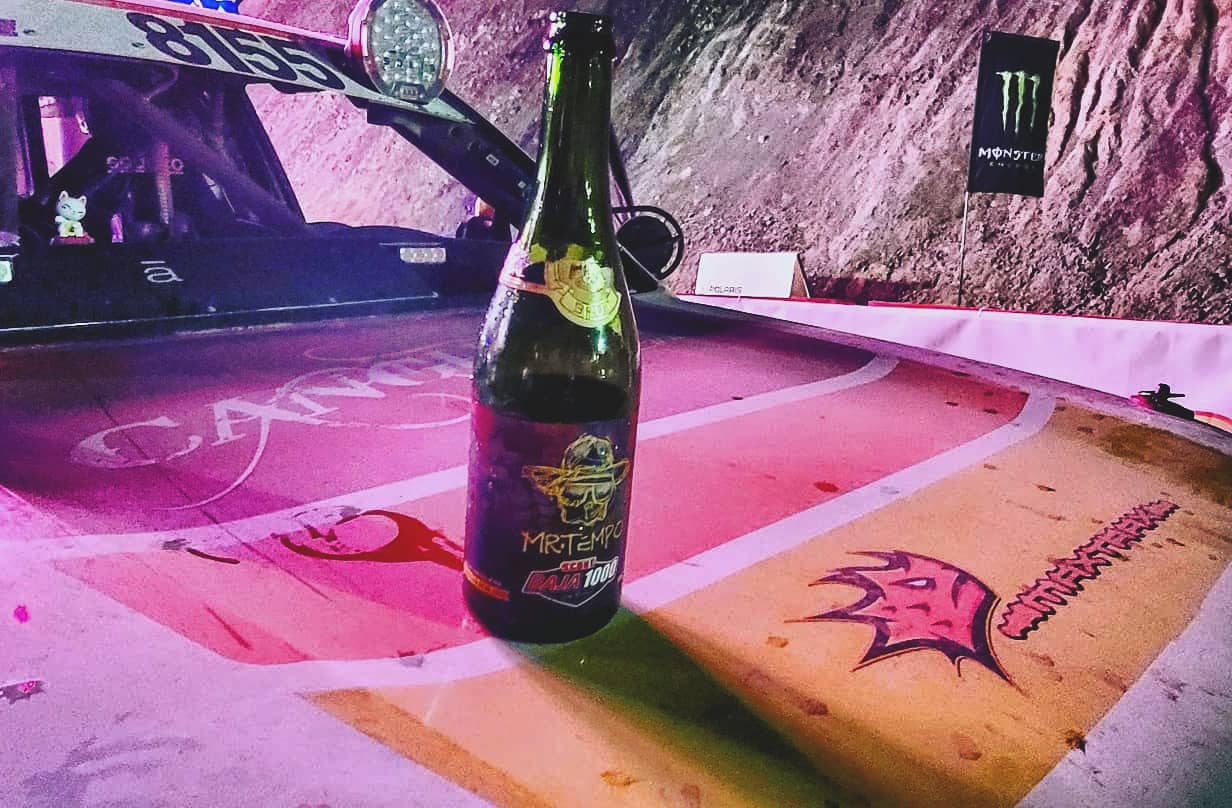 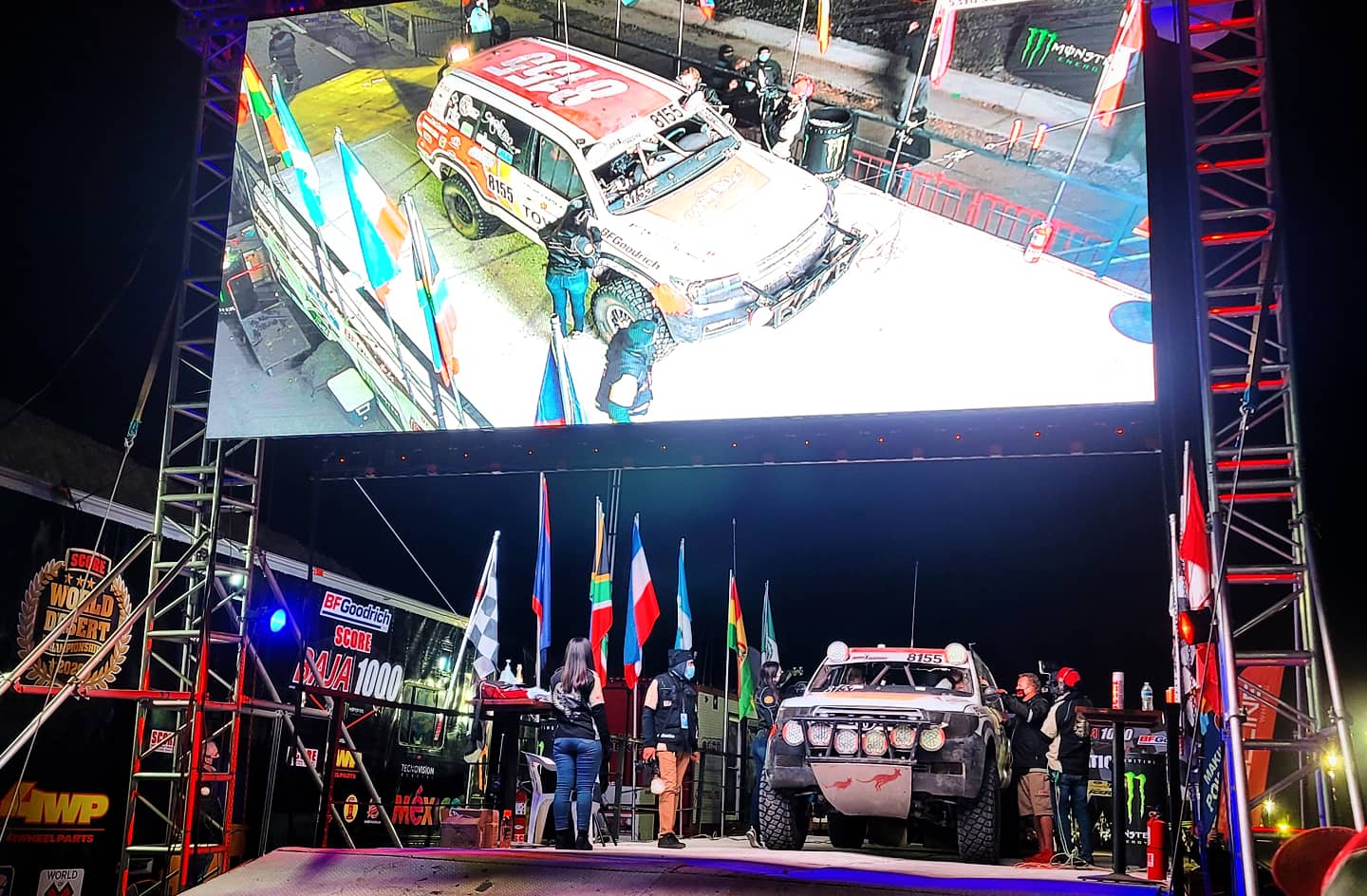 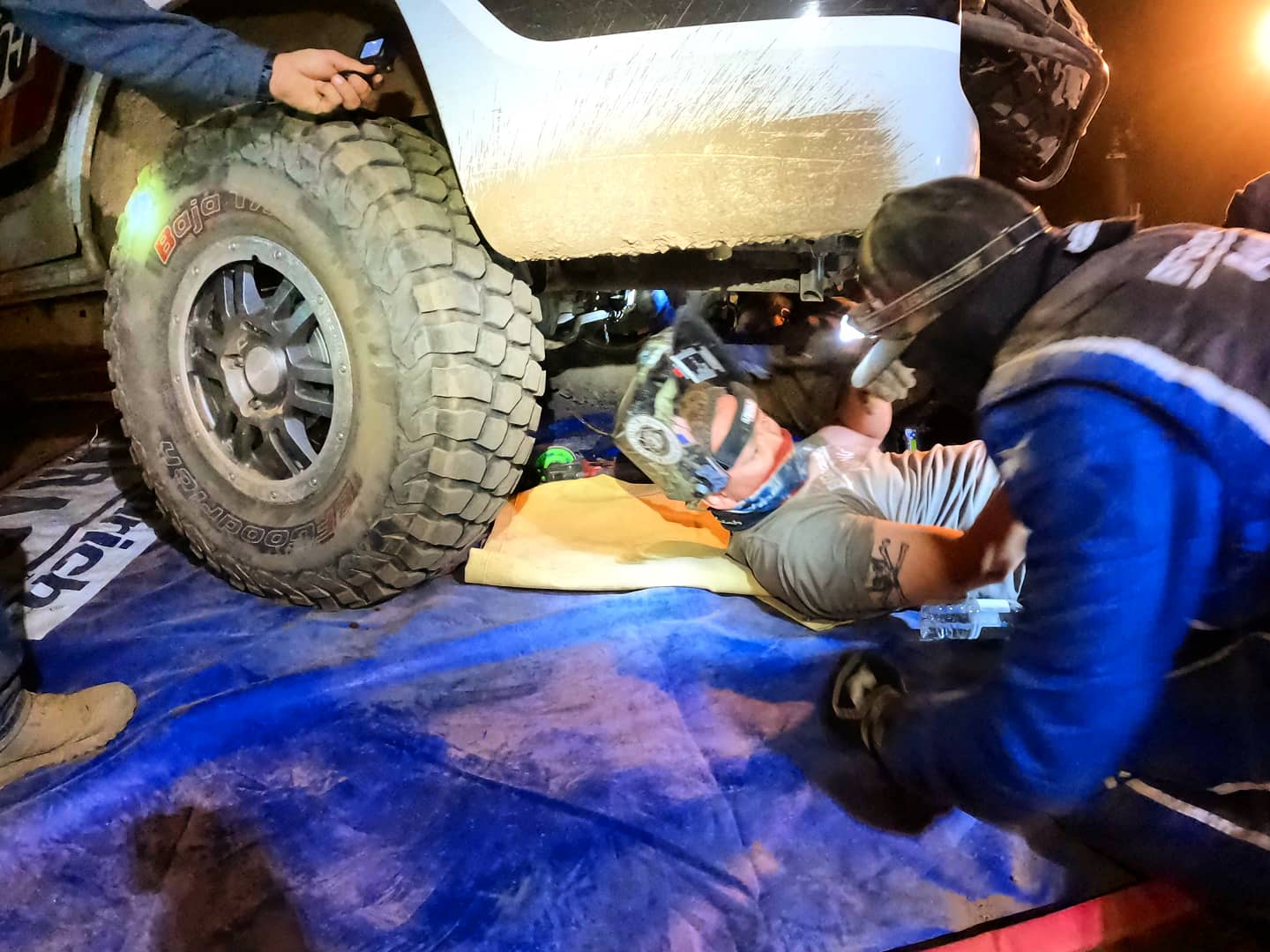 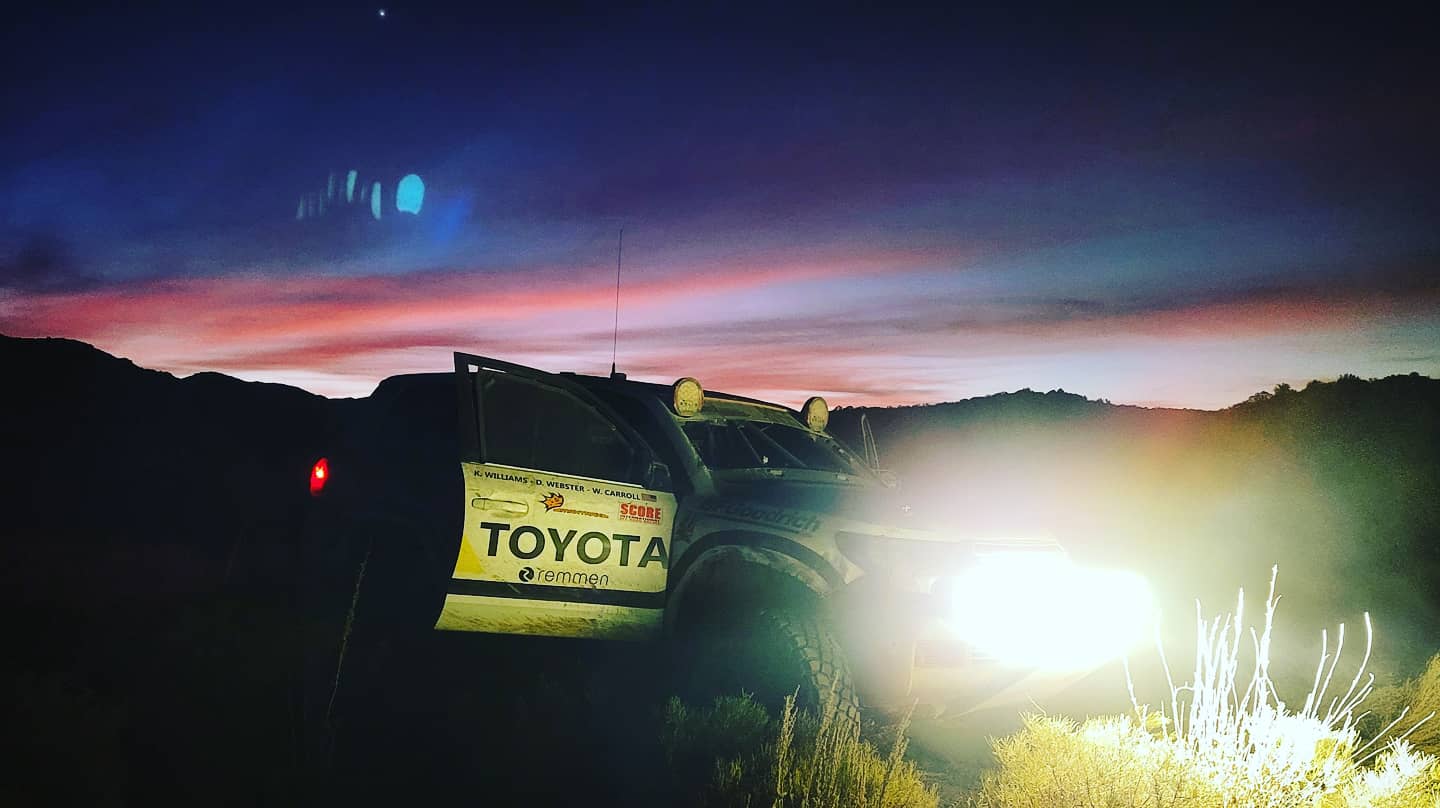 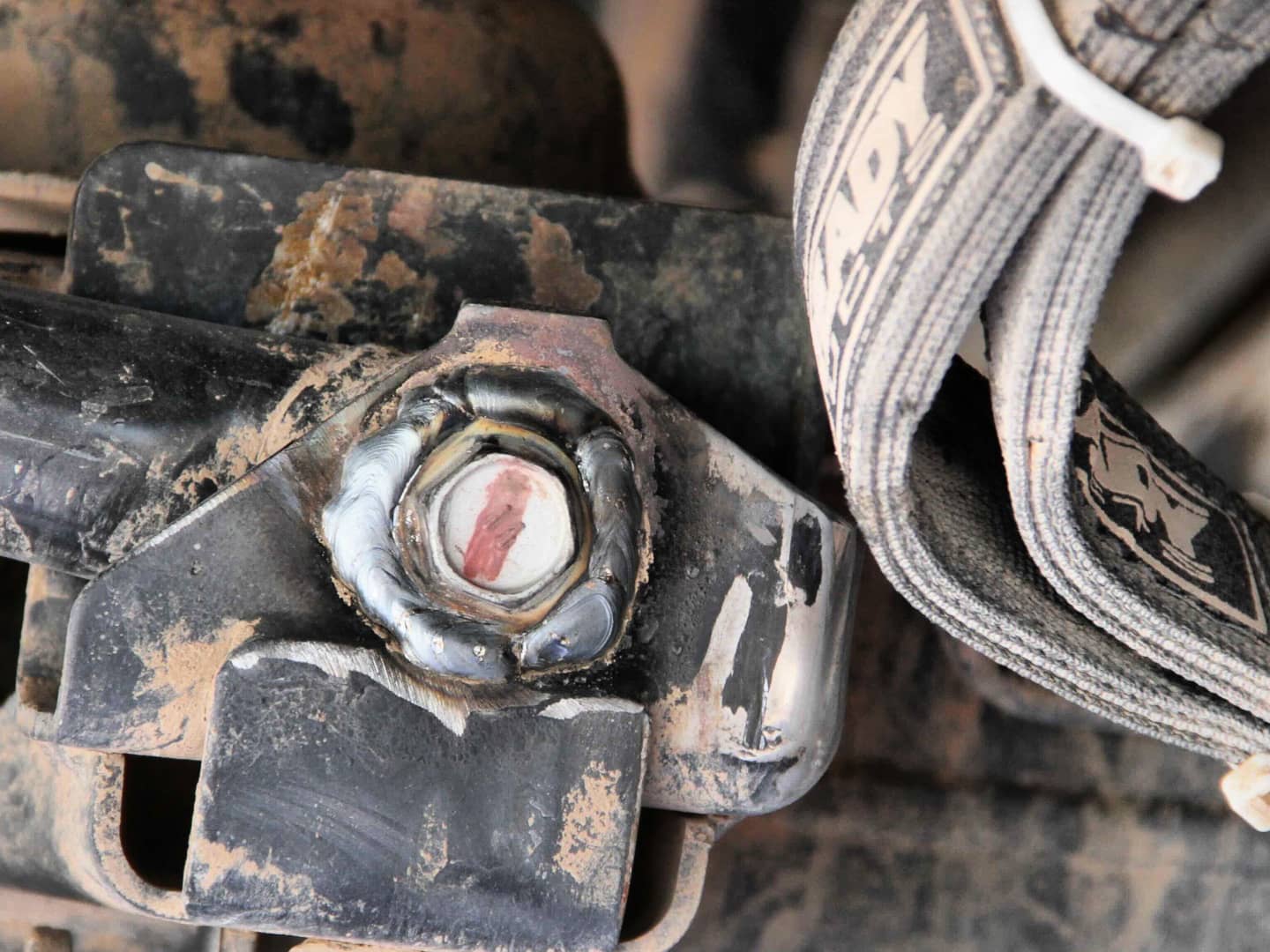 We'll see if this works... If you want feel free to ignore my talking as it's essentially what I typed above, but I tried to include some videos and pics that augment the story. ALSO, Monica always sounds awesome. Especially late at night. Near the end of the second video.

FYI I have no idea what I'm doing. I'm not much of a video watcher unless I'm trying to learn how to fix something but I know social media is moving almost entirely towards video so I'm attempting to put my own consumption habits aside and provide what our followers would prefer.

Thanks for the updates
You must log in or register to reply here.