After striking gold on a 71, 72 & 76 in various stages of decay after sitting in moist Alaska surviving min of 20 years of winters and summers I found out I was either going to be cutting them up and building a half decent tub that was going to be ugly or I would need to find a decent tub locally. Not an easy task in Alaska. Finding decent cruisers, they come up for sure, but finding parts.. I found out this was the hard part.

Regardless I finally scored a 69 tub w/title in decent minimum rust condition 300 miles away, day trip. The project started soon after I was off hitch from work.

Started by prepping a frame, it was already torn down to bare Bones. Made it somewhat easy. Unfortunately I was not able to treat the frame as I wanted to, wanting to either sandblast the inside of the channels or acid dip it. Everyone I've heard of in Alaska has shut down or was not able to sandblast the inside of the channel. Knowing I would be tearing this apart next summer for a more thorough rebuild, I opted for doing what treatment I could now and redo it next summer.

Currently I've swapped the disc brake running gear from the 76, the engine, transmission and transfer case. Got the engine running, sounds great! And started to install body panels so I could mate the dash back to the tub as they were cut in half.

After spending about a week and a half on it, I got to get some other projects done during my 3 weeks off. I'll be picking this back up when I get back in September. 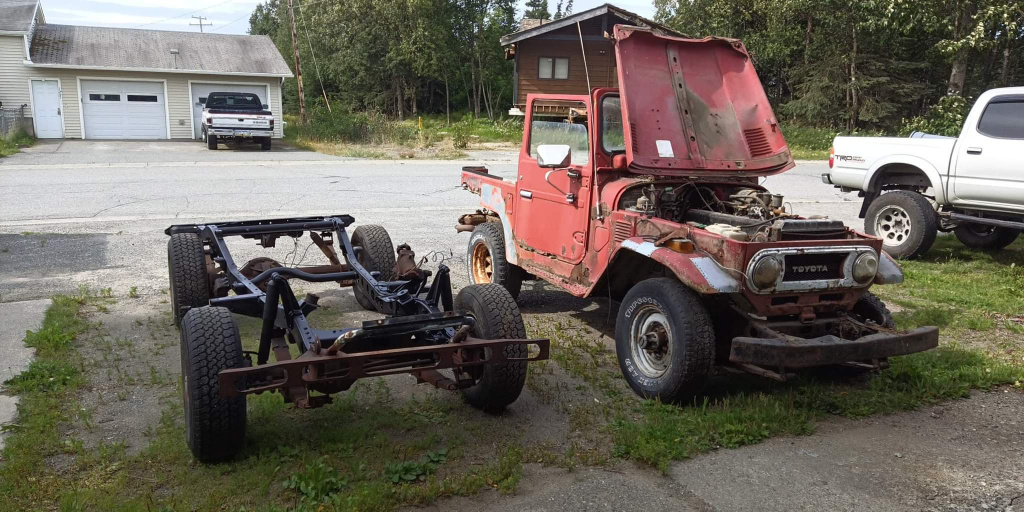 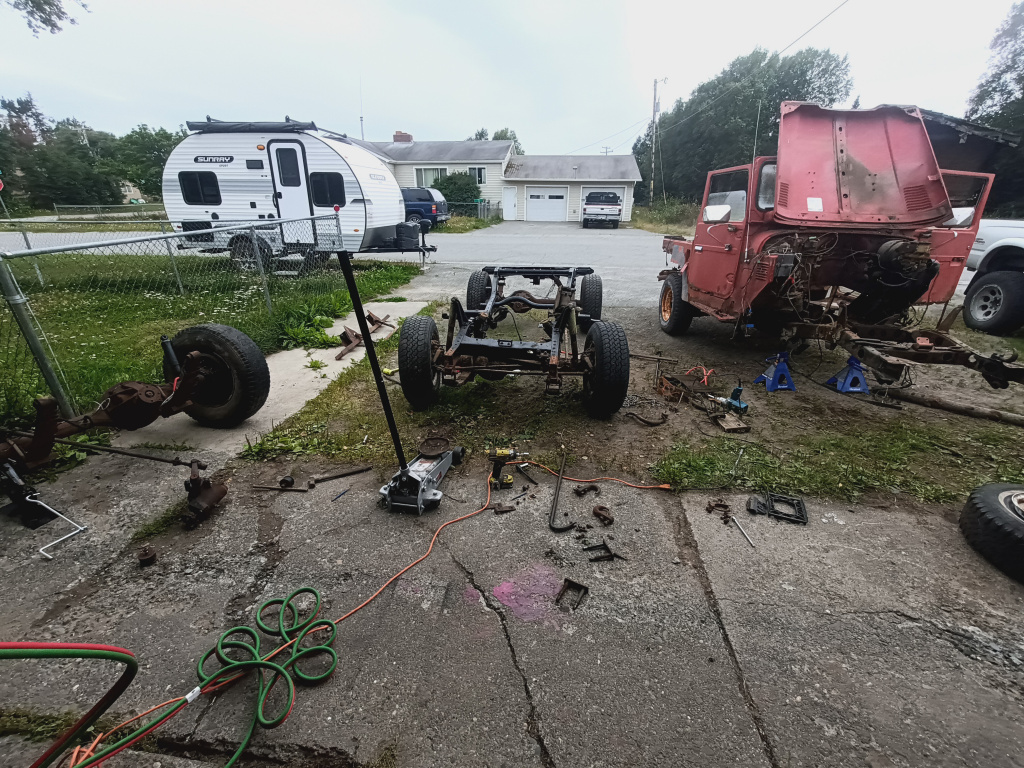 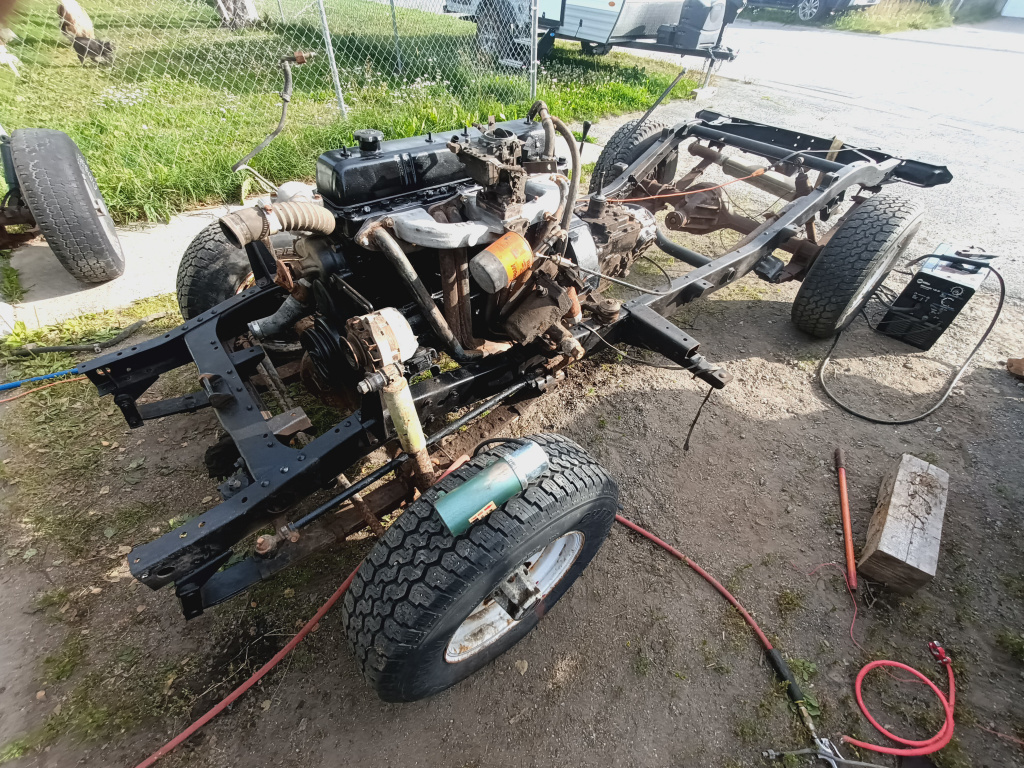 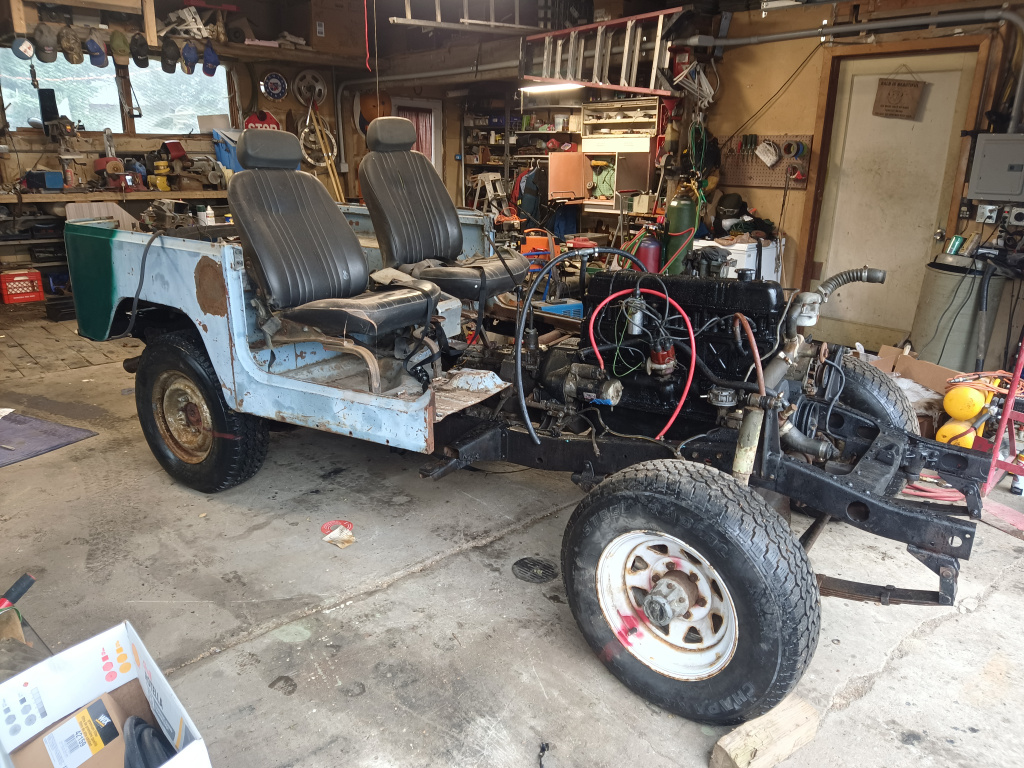 Photos from the column conversion. 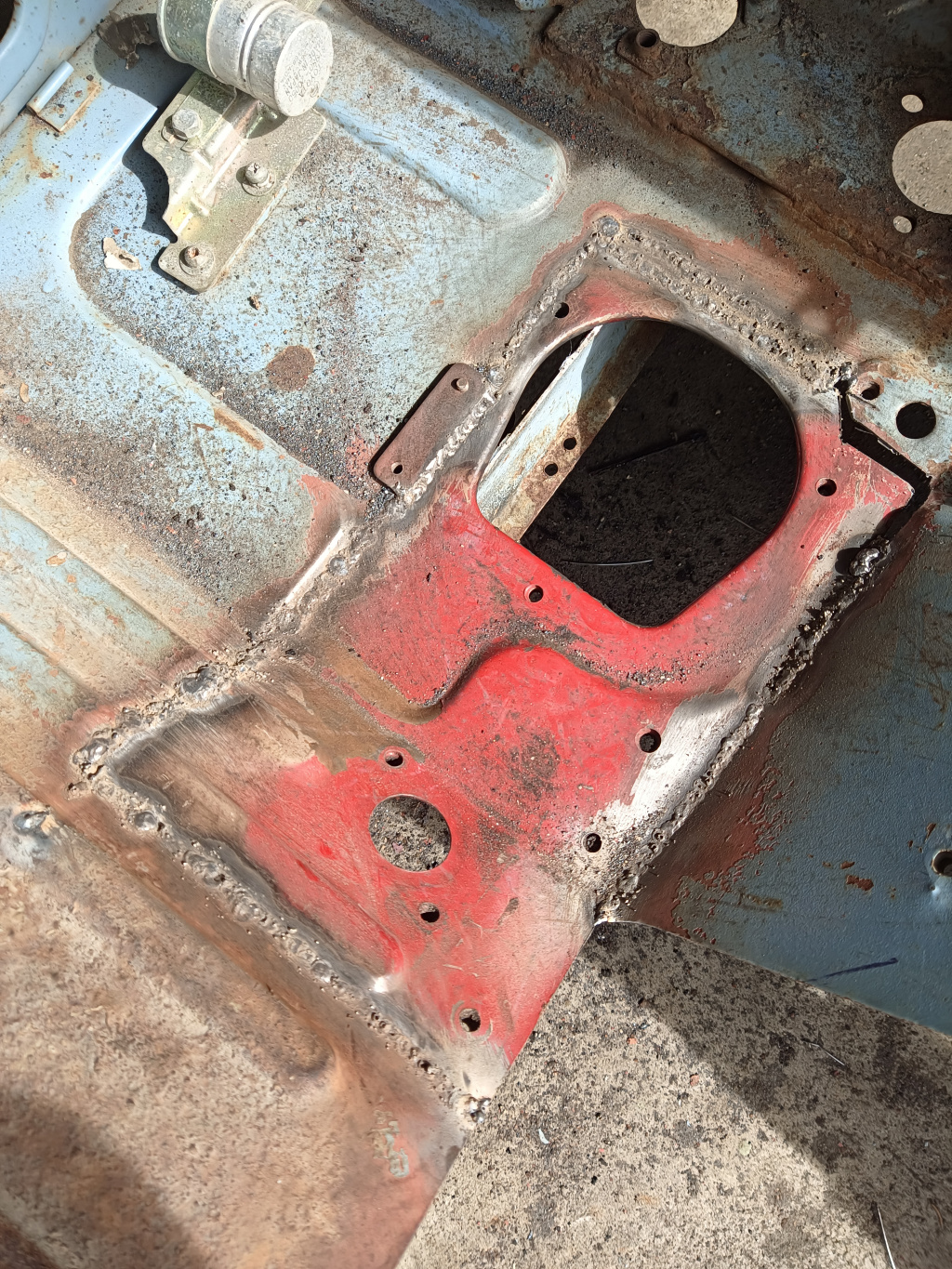 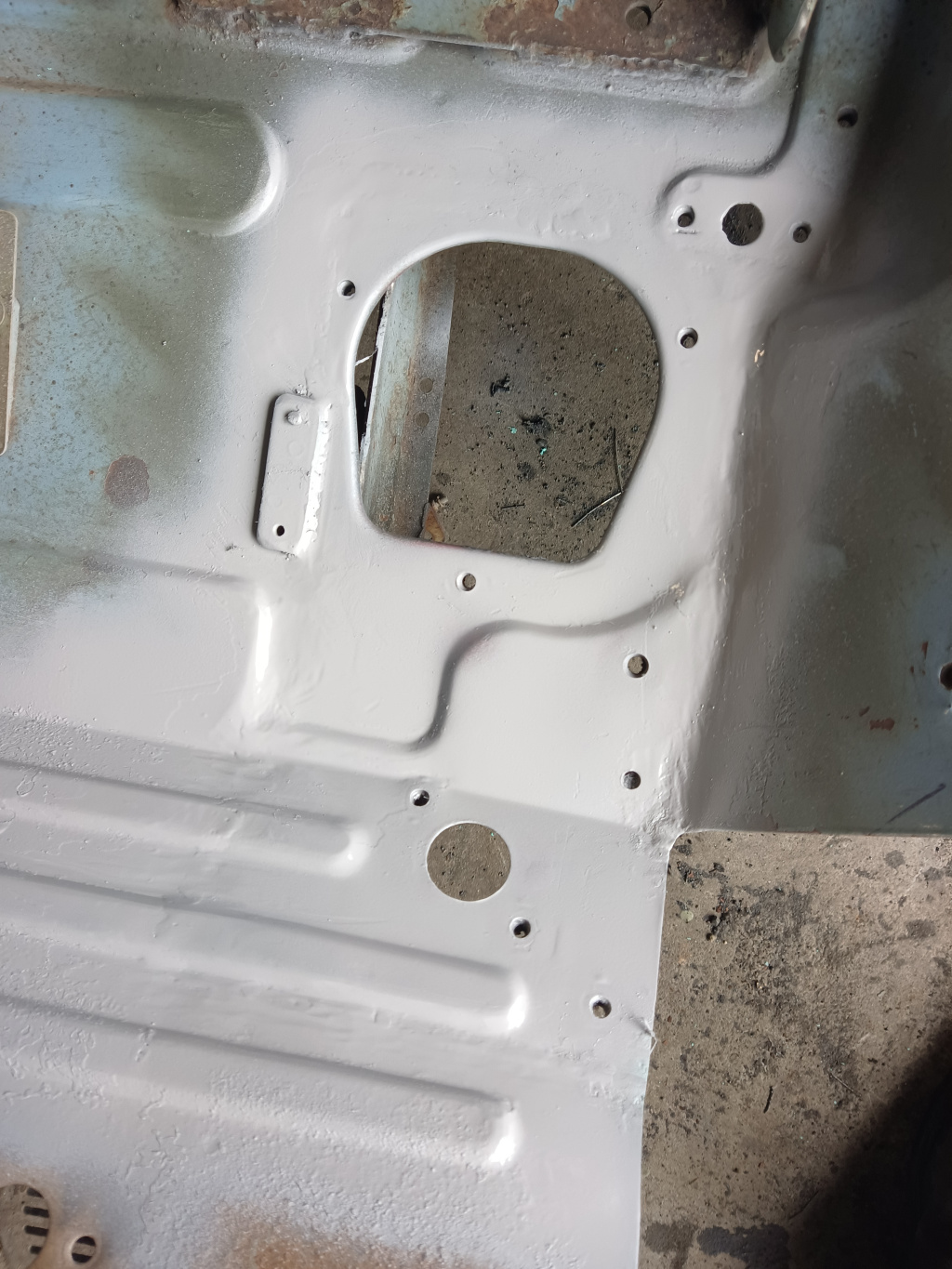 Test fitting body for mating dash back to the tub. 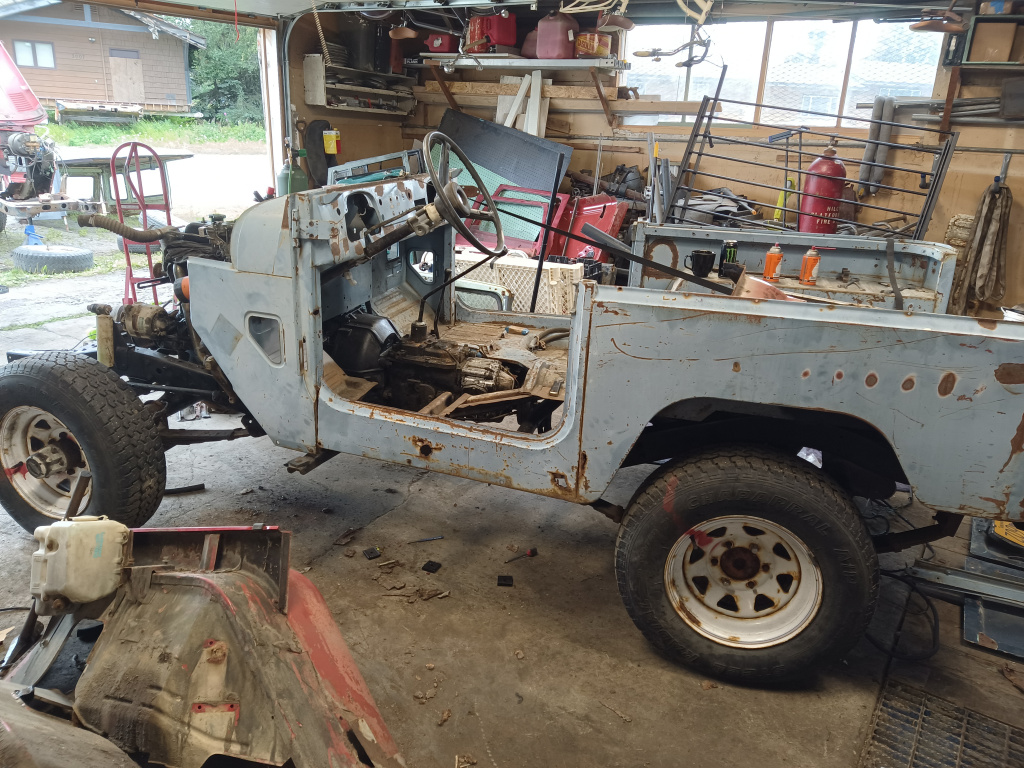 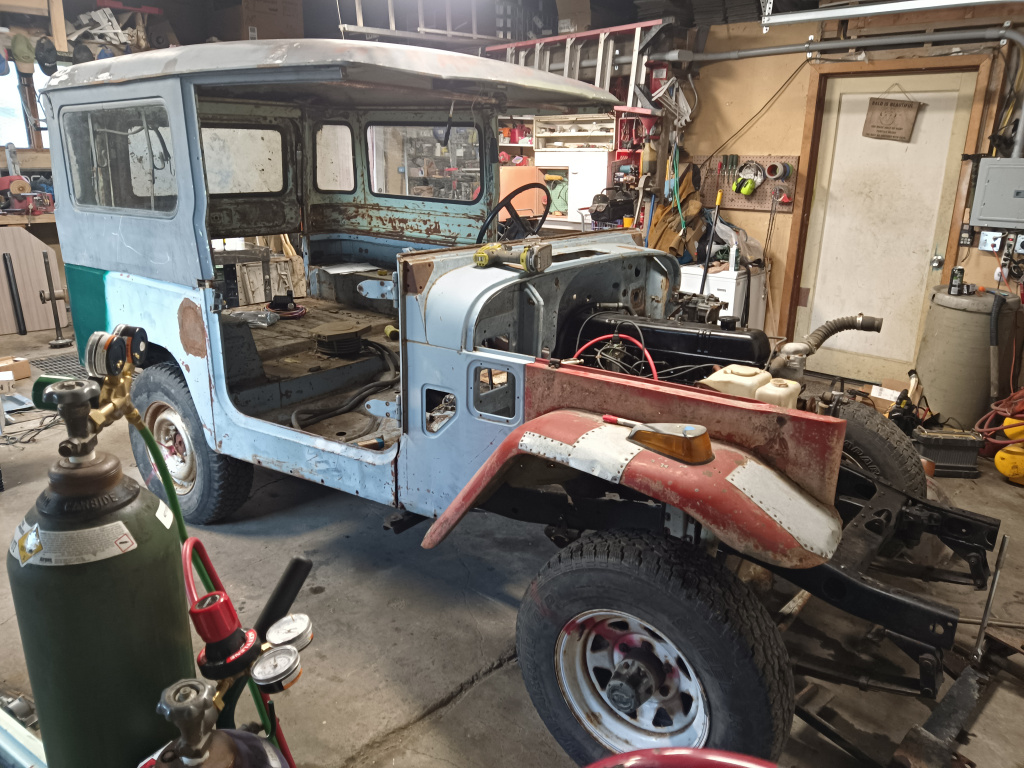 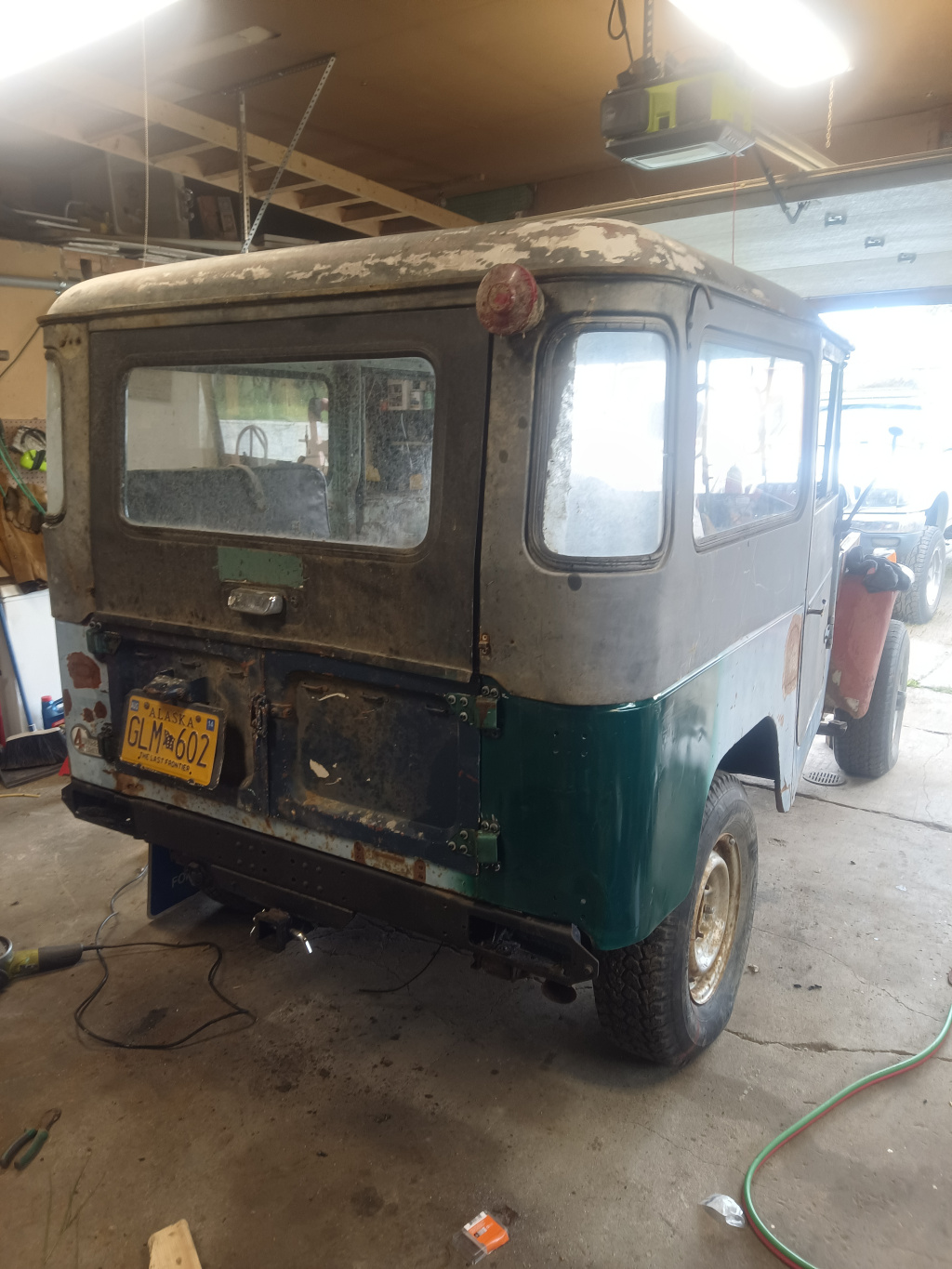 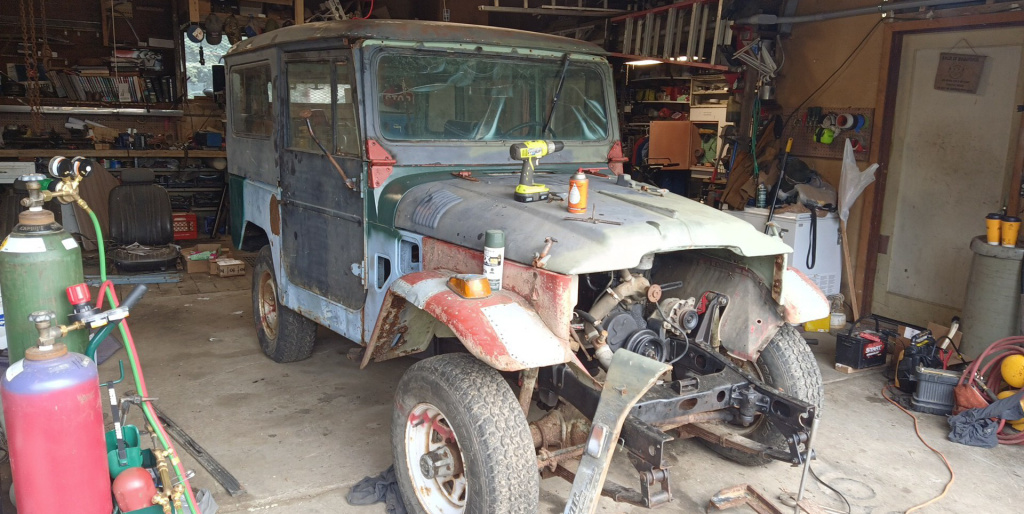 Few of the cool parts I've scored here n there. Pto stuff was pretty much all gathered piece by piece. And the valve cover needs fixed, got a chunky crack. 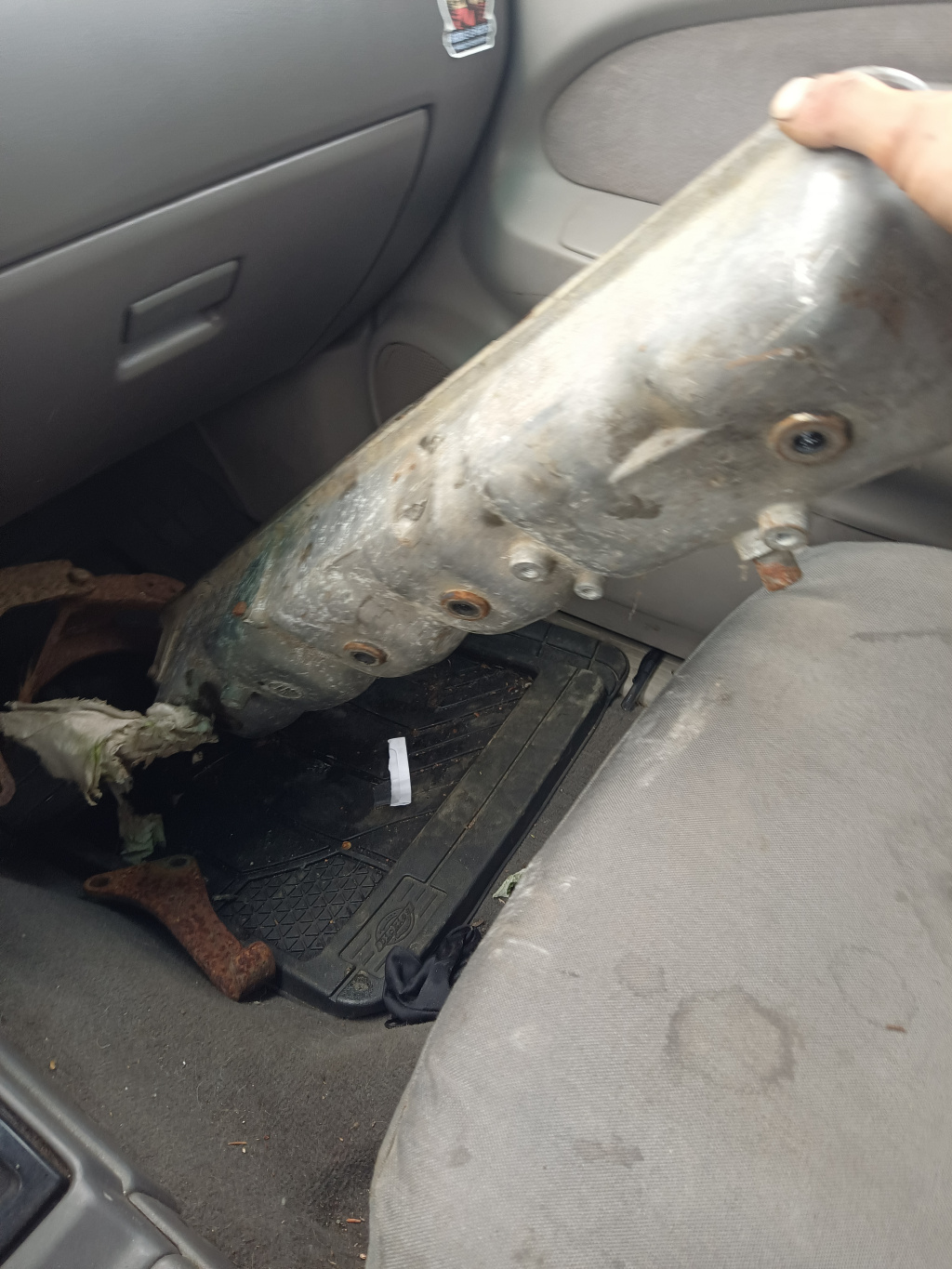 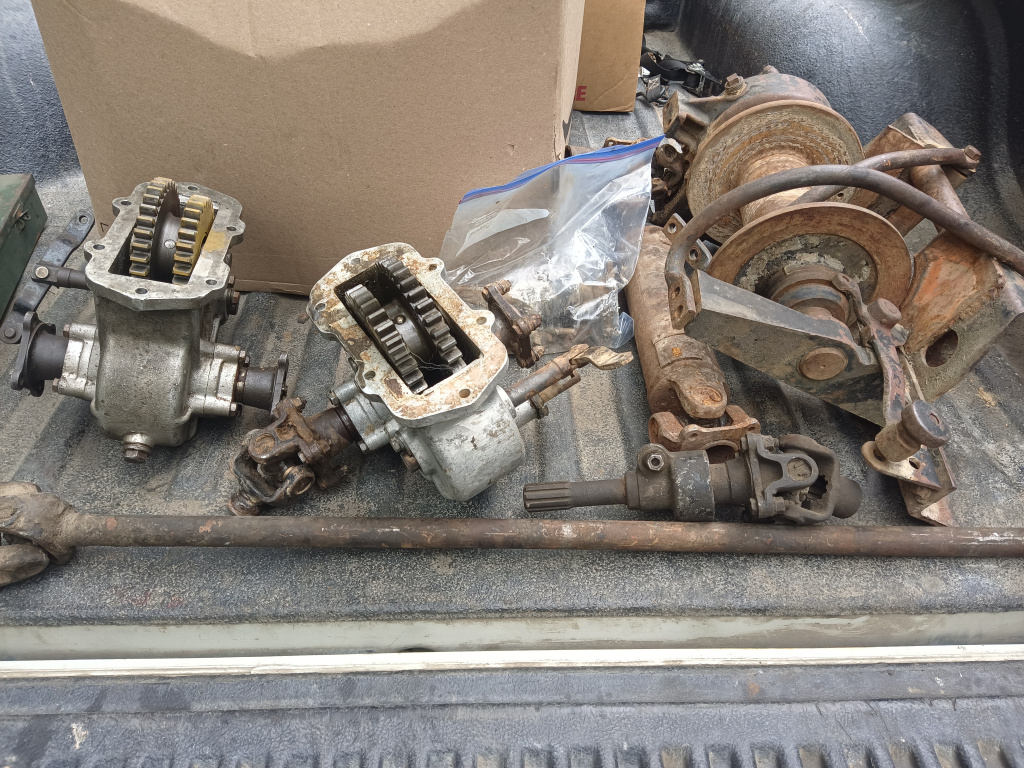