Using a 24 volt 3B EDIC motor and a 12 volt 2H EDIC motor, I wanted to see if I could make a 12 volt 3B EDIC motor. Seemed physically the same with the exception of the arm orientation. So, I decided to perform a partial tear down to investigate. Here's what I've discovered so far: 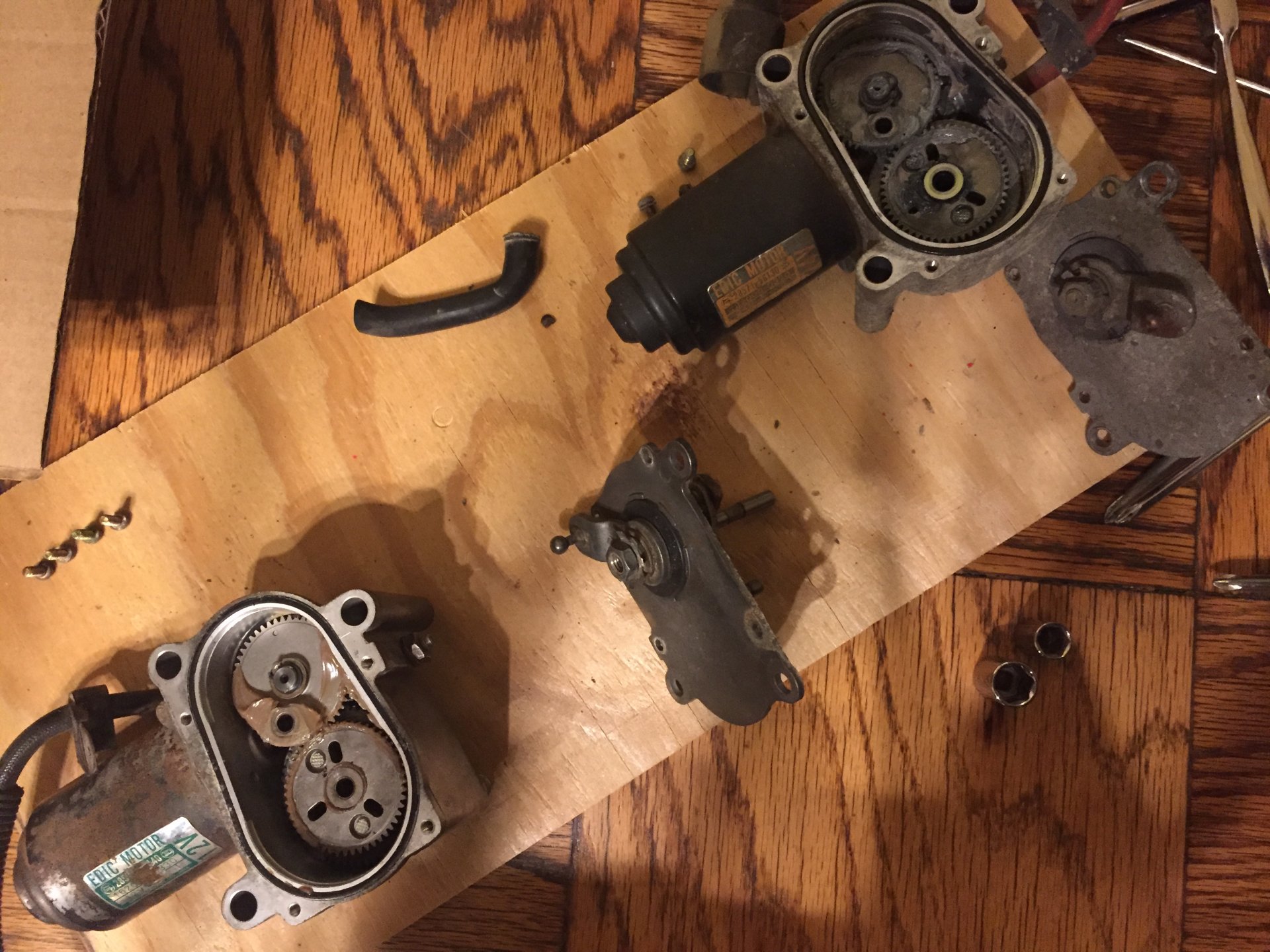 Assuming both the 2H & 3B EDIC motor were in the "off" state, this looks promising. The arms are keyed; however, you can change the orientation by 180 degrees for both versions. So, I may not need to swap any parts at all. My guess is that a 12 volt 2H EDIC motor can be easily modified and used as a 12 volt 3B EDIC motor, by removing the arm, reassembling the arm with it rotated 180 degrees from it's original orientation. Also, the wiring connector support is located in a different location which is easily relocated to a different screw sealing the gearbox cover. 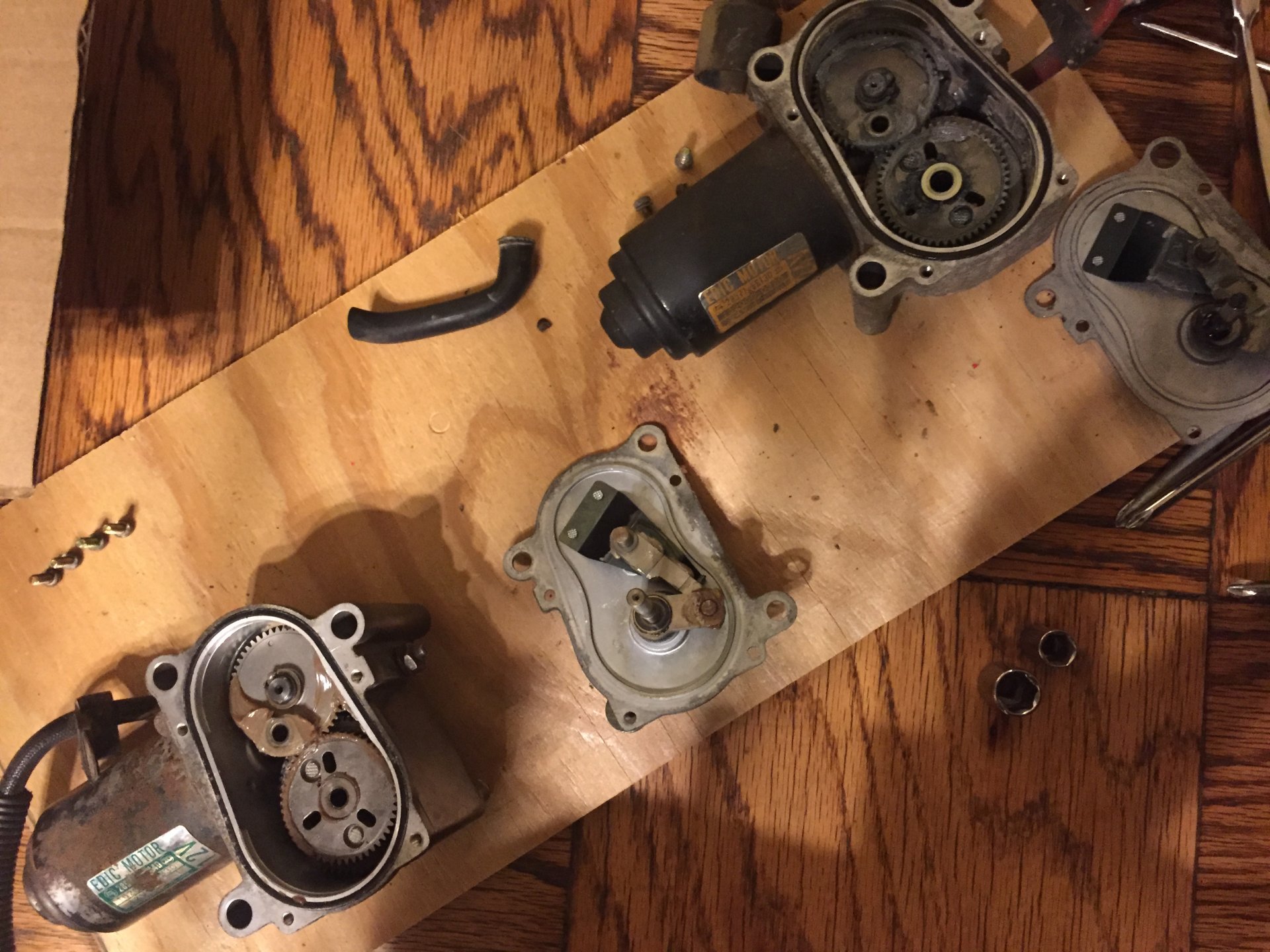 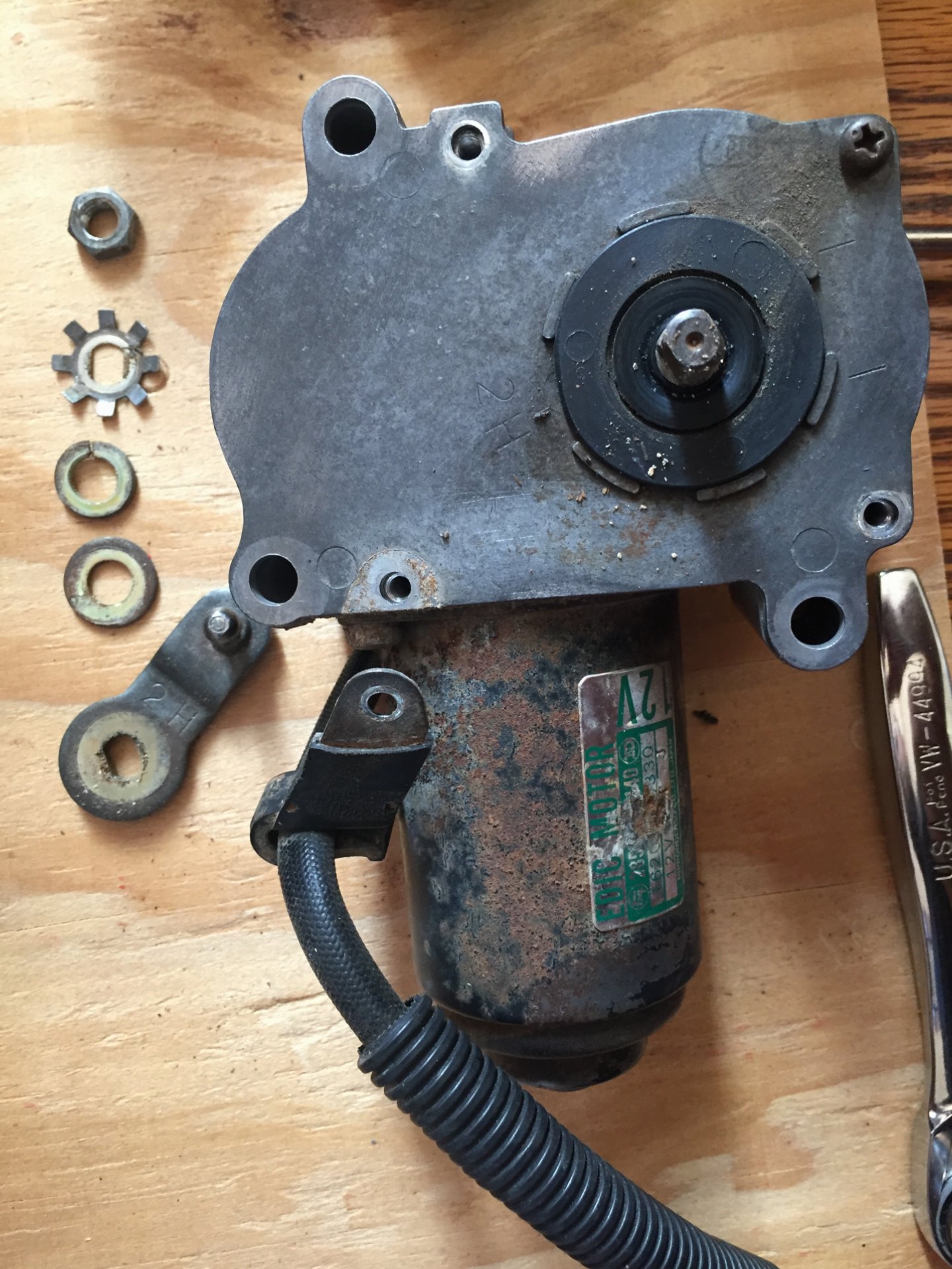 Here's a shot illustrating the location of the connector support for both EDIC motors: 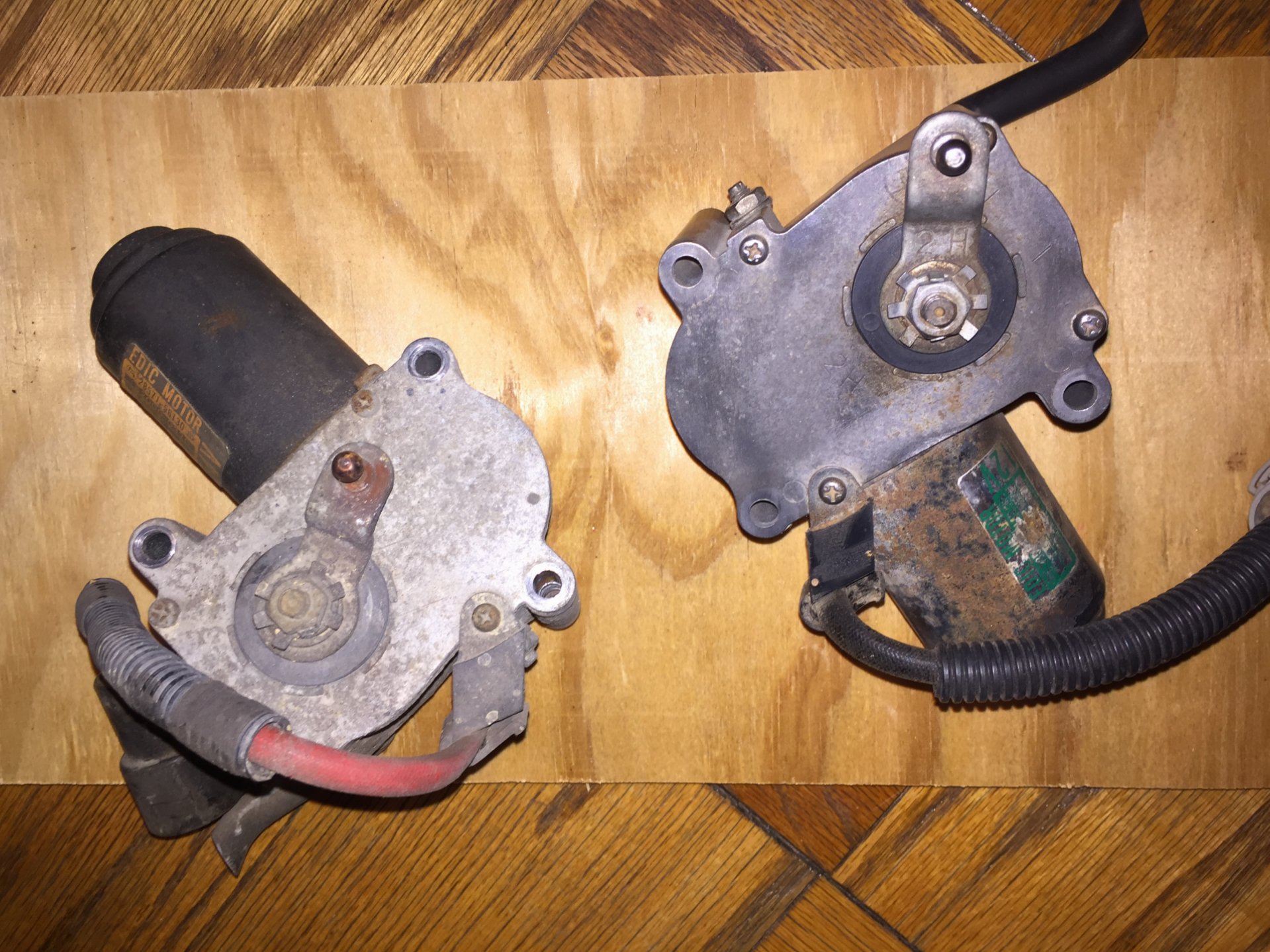 I'll be rebuilding these and wanted to know what sort of grease to use. Since these are similar to a wiper motor, I based my searches on wiper motor rebuilds. Most of the recommendations include a low temperature silicone based grease. I found this product from Dow Corning which lists wiper motor gearboxes as an application:

SuperDuperCruizer said:
I'll be rebuilding these and wanted to know what sort of grease to use. Since these are similar to a wiper motor, I based my searches on wiper motor rebuilds. Most of the recommendations include a low temperature silicone based grease. I found this product from Dow Corning which lists wiper motor gearboxes as an application:


Have you used this grease yet and have any feedback? My EDIC motor was rebuilt number of years ago and whatever grease the company used migrates to the contact wheel at the bottom and inhibits contact. After a few cycles it cleans up and works as it should, but the last few summers I've had to take it apart and clean things up at the beginning of the season to make it work. Been thinking a complete clean and re-grease is in order and wondering what grease to use. This looks like it might fit the bill.

Sorry, can't comment on it yet; I should be able to post findings by the end of summer though. You definitely can't just use any old grease though; has a different operating temperature range better suited for a wiper motor gearbox.

SuperDuperCruizer said:
Sorry, can't comment on it yet; I should be able to post findings by the end of summer though. You definitely can't just use any old grease though; has a different operating temperature range better suited for a wiper motor gearbox.
Click to expand...


@SuperDuperCruizer have you used this yet and any feedback?

I am just in the middle of a rear electric locker rebuild for my 80. While checking out greases to use for the locker rebuild I stumbled onto this thread and @GTSSportCoupe used Molykote 44 Light for the slip rings on his electric hubs. I figure the contact disc in the locker would be very similar and the thread here in post #5 says "Castle Body Grease W" (Part No. 08887-02007 YM102 No.2). is what is used on the lockers too.

I have the Dow Corning Molykote 33 Light on order for lockers. The EDIC on the engine gets warm from conduction and convection so I might go with the MolyKote 44 Light in the EDIC and use the MoyKote 33 Light in the lockers.

Thought I would bring this thread up as data points for folks looking and suggest that to me it looks like you found the right product line for this kind of stuff.

EDIT - Only got and used Molykote 33 in both rear locker rebuilds and just the last month on my EDIC re-grease. I have not seen Molykote 44 to compare.
Last edited: Aug 6, 2018

I have 3 EDIC motors on the workbench at the moment. Two 12 volt units, one from a 3B and one from a 2H; the 24 volt unit is from a 3B. There is grease inside of them & I’m positive these haven’t been apart since they left the factory.

I’m trying to finish installing an H55F & new clutch today. I’m getting back to the electrical bits tomorrow & I’ll post up more information/photos then.

Resumed disassembly of the 12 volt EDIC From the 2H. I’m trying to take enough photos to make sure I understand how to reassemble the bits. After cleaning some of the grease, I noticed two sort of timing marks on the gears in the attached photo. 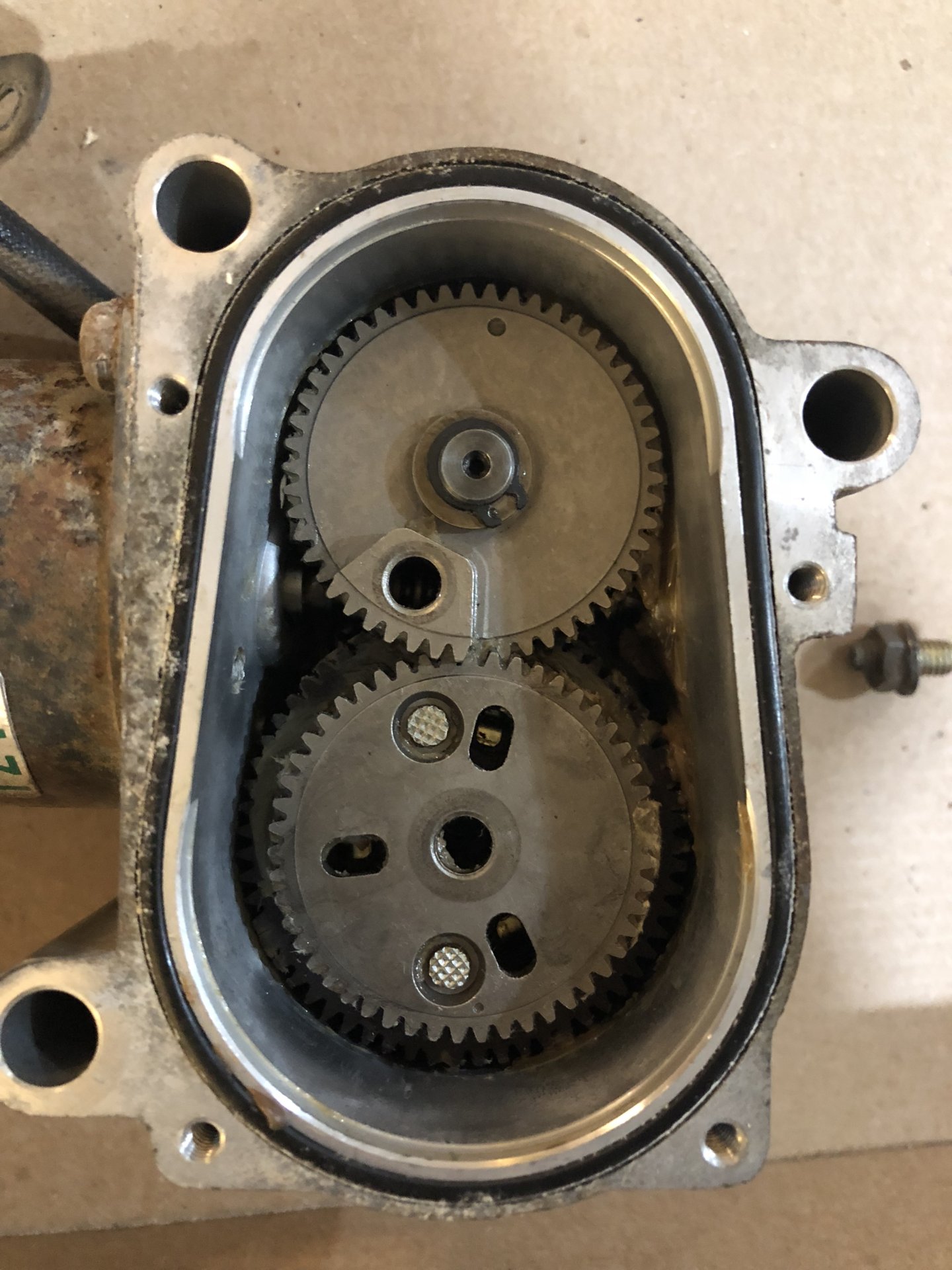 There’s a jam nut, spring washer & slotted screw on the side opposite the EDIC motor and in-line with the worm gear. There’s a ball bearing on the end of the worm gear underneath the slotted screw. I tried to remove it with a magnet without any luck. So, I’m not going to fiddle with it till I remove the first set of gears. I did notice the slotted screw appears to have sealer applied to the threads. 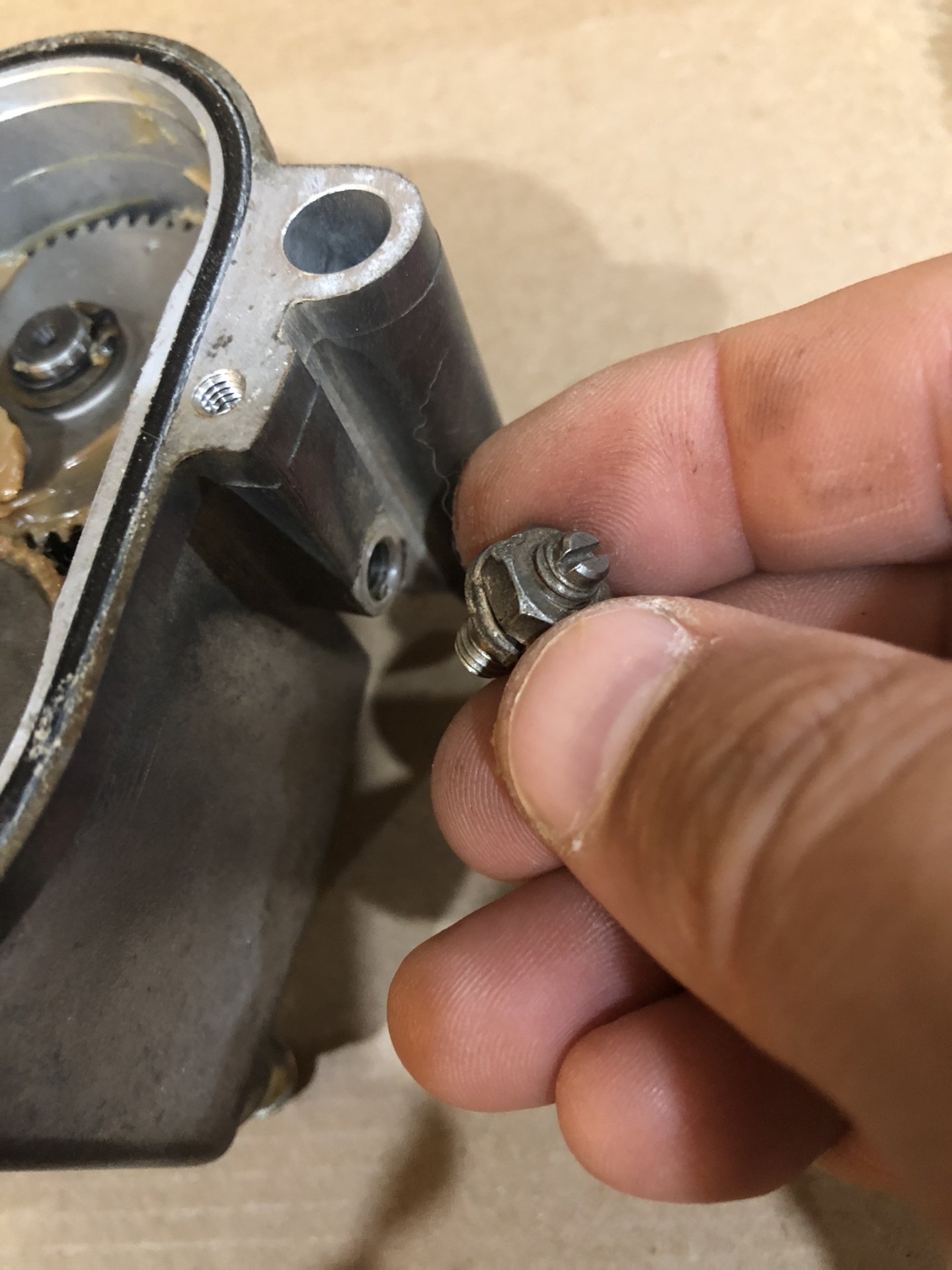 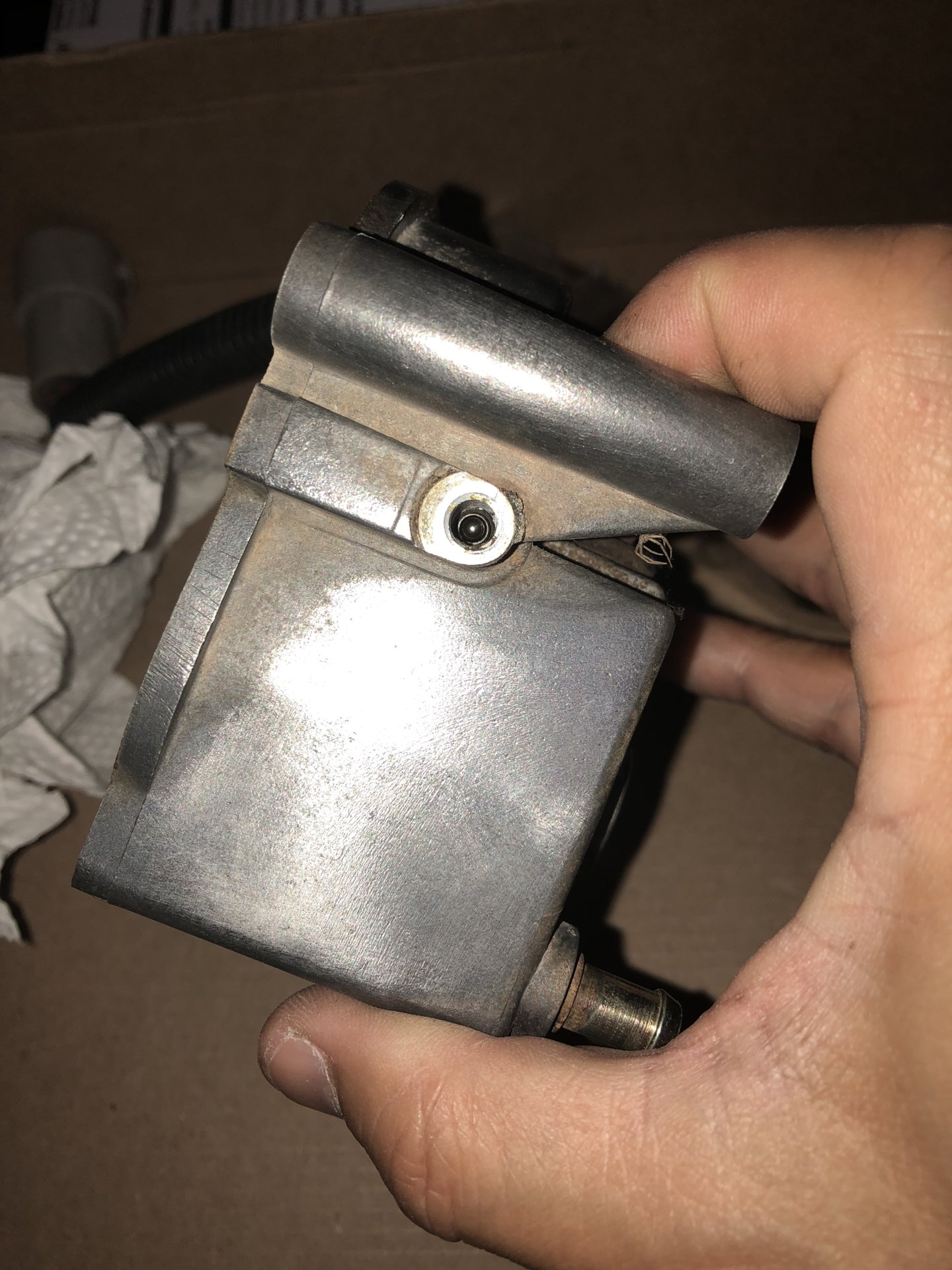 After removing the c-clip, the two gears can be removed. There’s two washers on the bottom and two on top of the gear with the c-clip. The gear consisting of brass aluminum & plastic has one washer beneath it. Based on this shot, I’m assuming the gears just need the timing marks to be aligned and the brushes/contacts will start/stop the gears to the appropriate position. 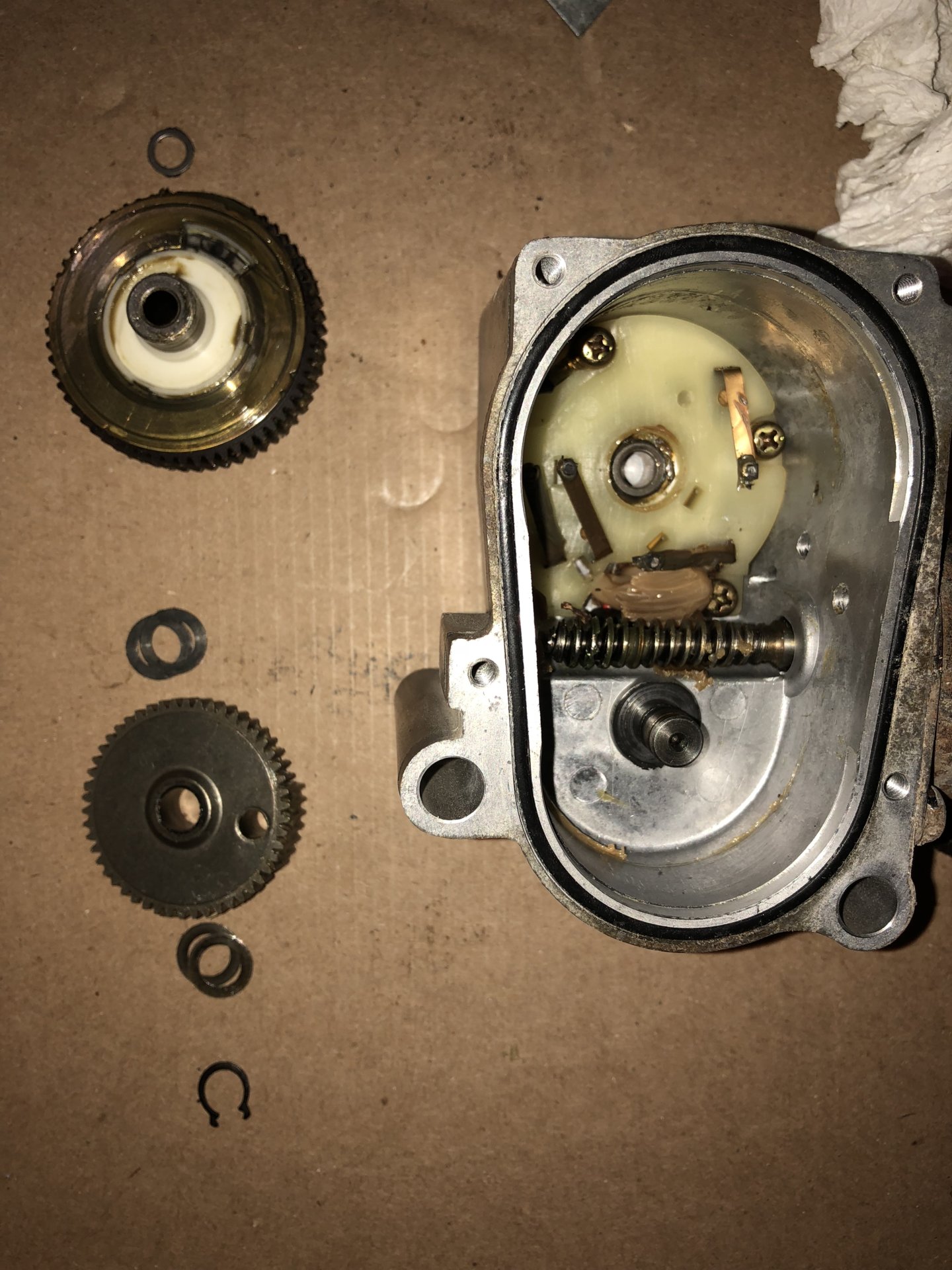 @Greg_B thanks for the link and information/spec sheet. Didn’t know mineral based grease could cause the plastic bits to deteriorate.

As mentioned I did not take my EDIC apart before it was sent out for repair during my 1981 BJ42 1999/2000 renovation process. When it is working it does what it should, so I assume it was all clocked correctly after the initial repair.

I have had to take it apart a number of times since then to clean up the contact disc and these are the photos I took for reassembly. 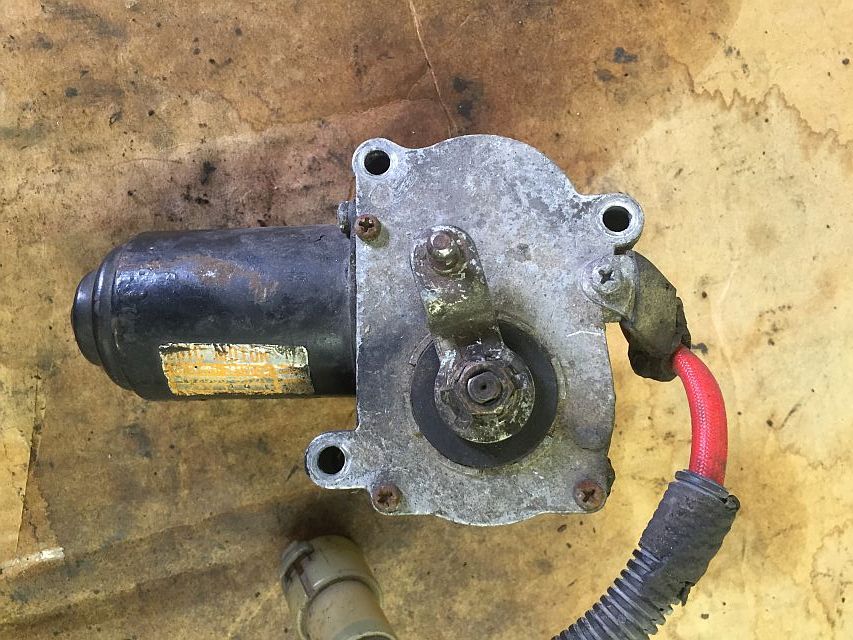 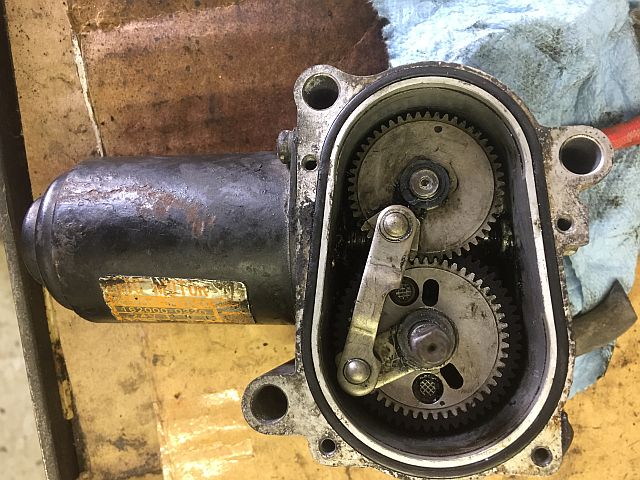 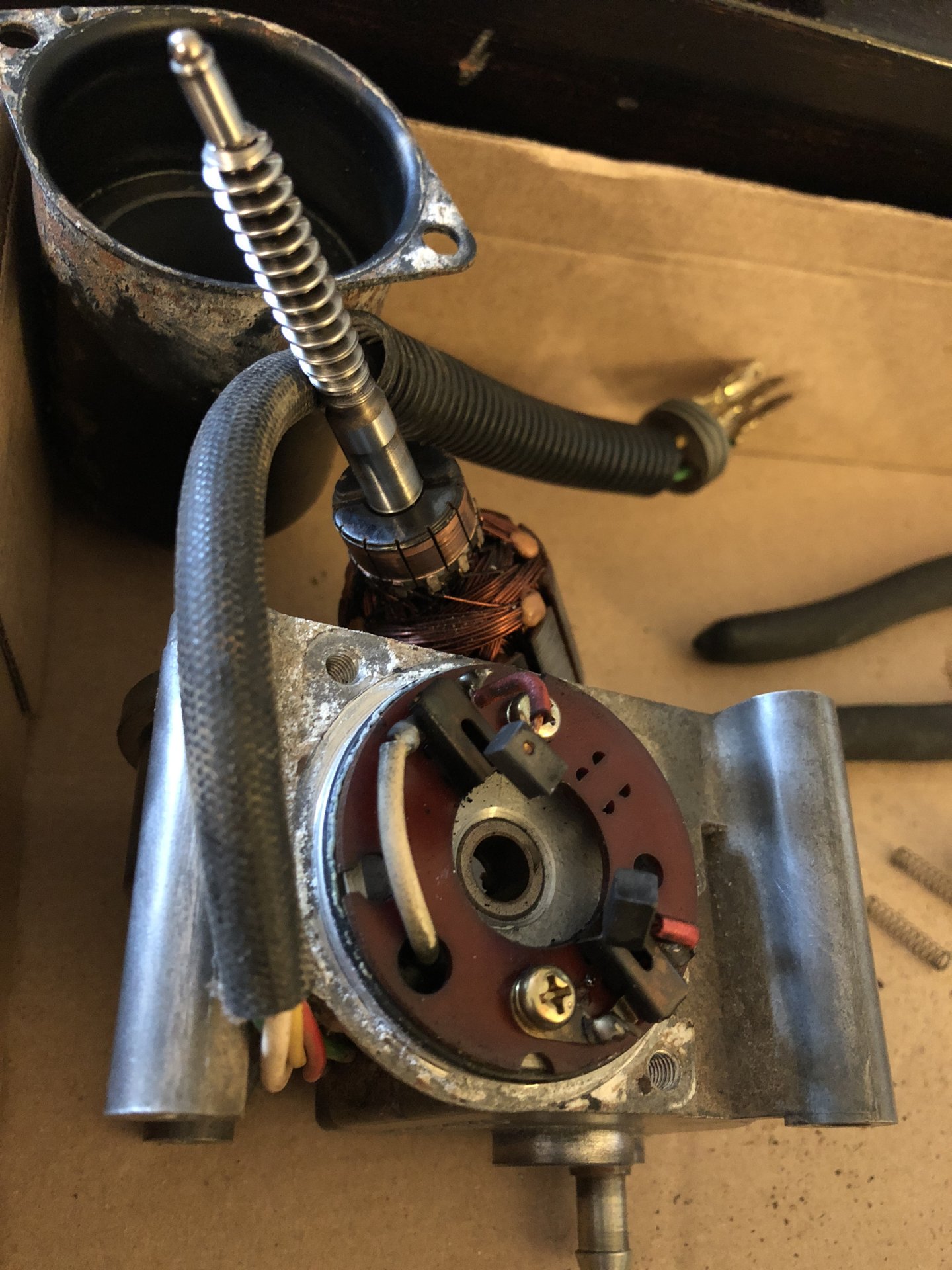 I'm hoping the attached photo shows up as an animated/live photo: 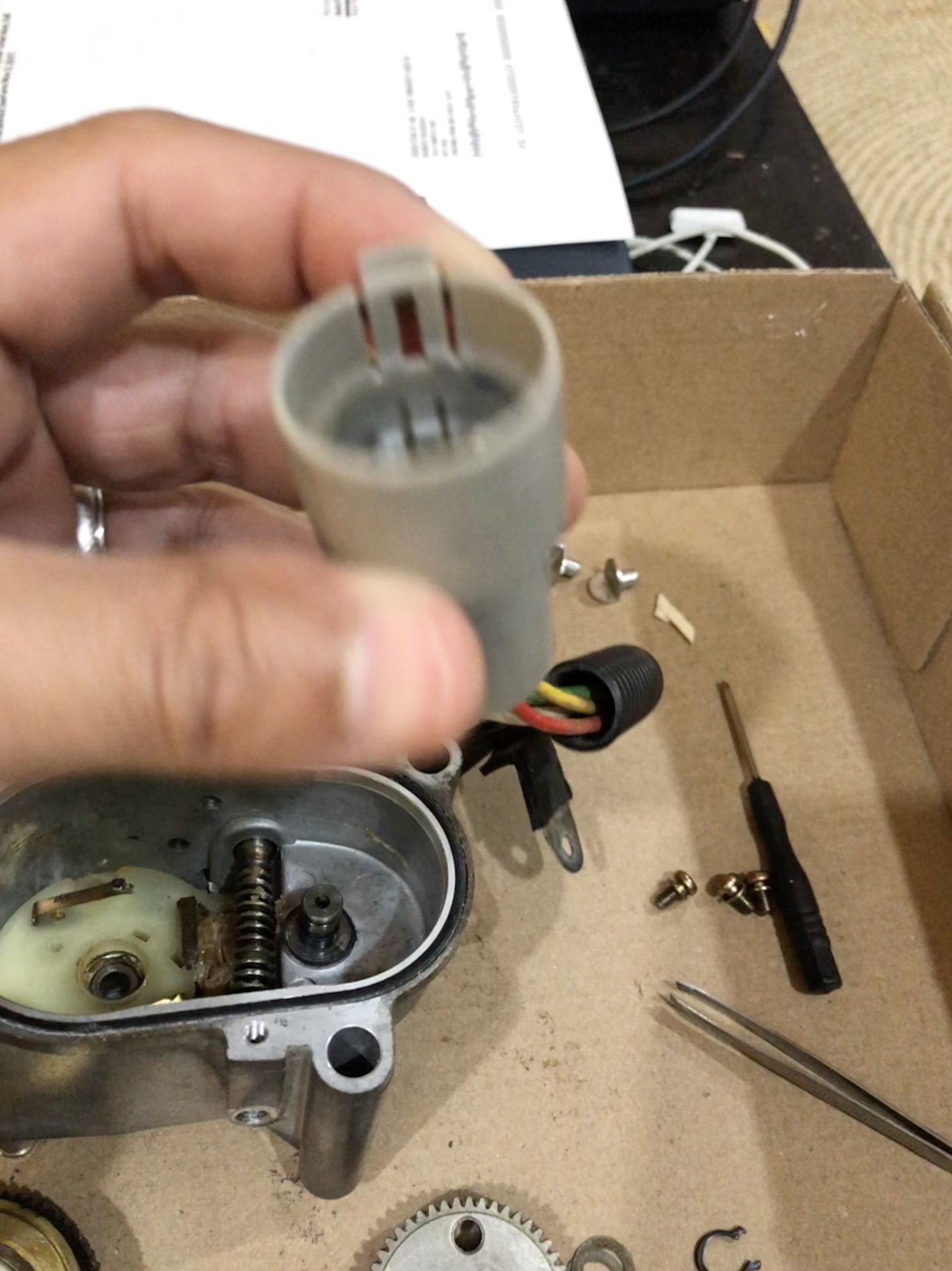 Skipping the rebuild of this EDIC for now and just swapped the 12v bits from the HJ45 to the EDIC gearbox from the BJ42 as a test: 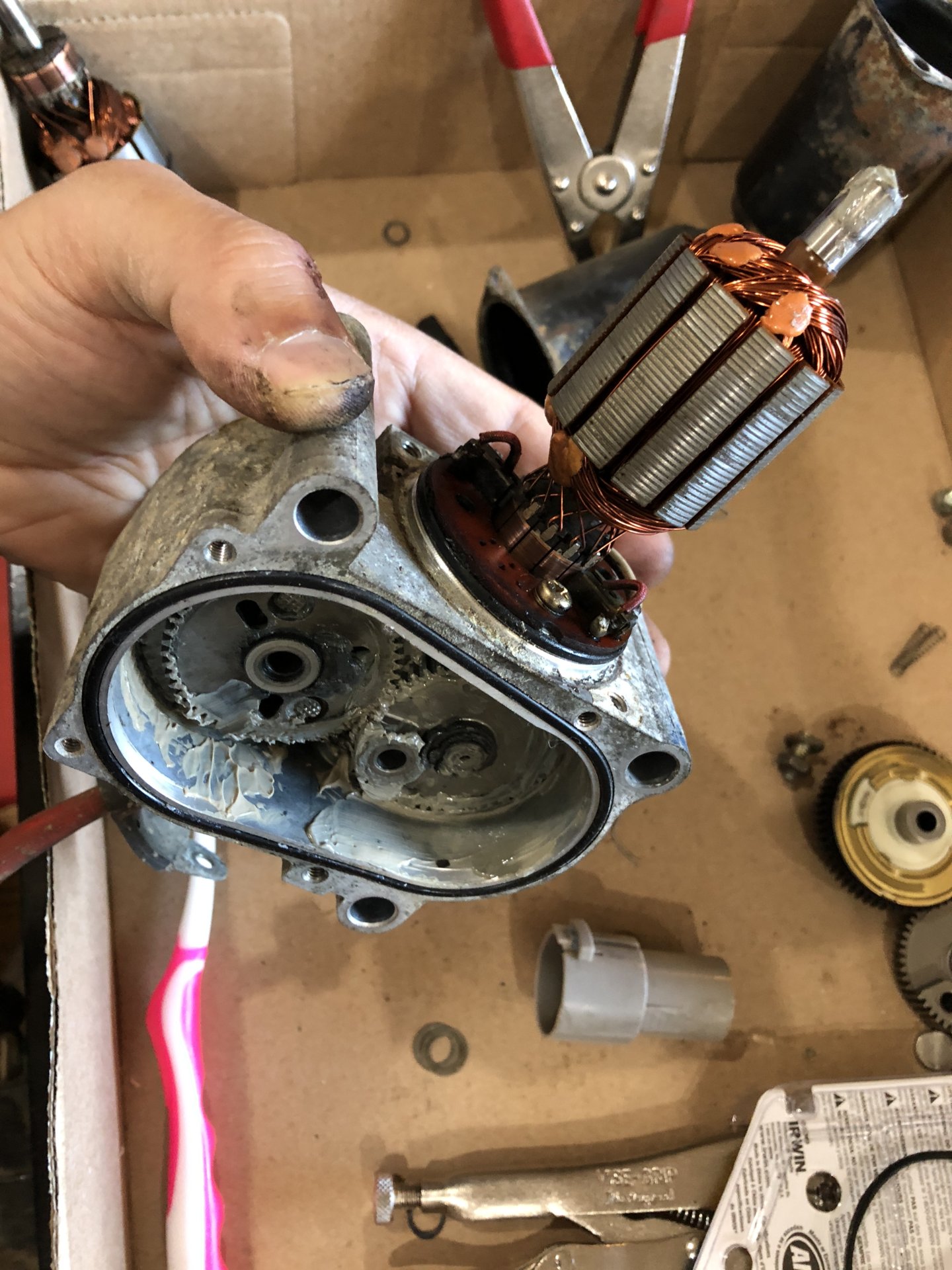 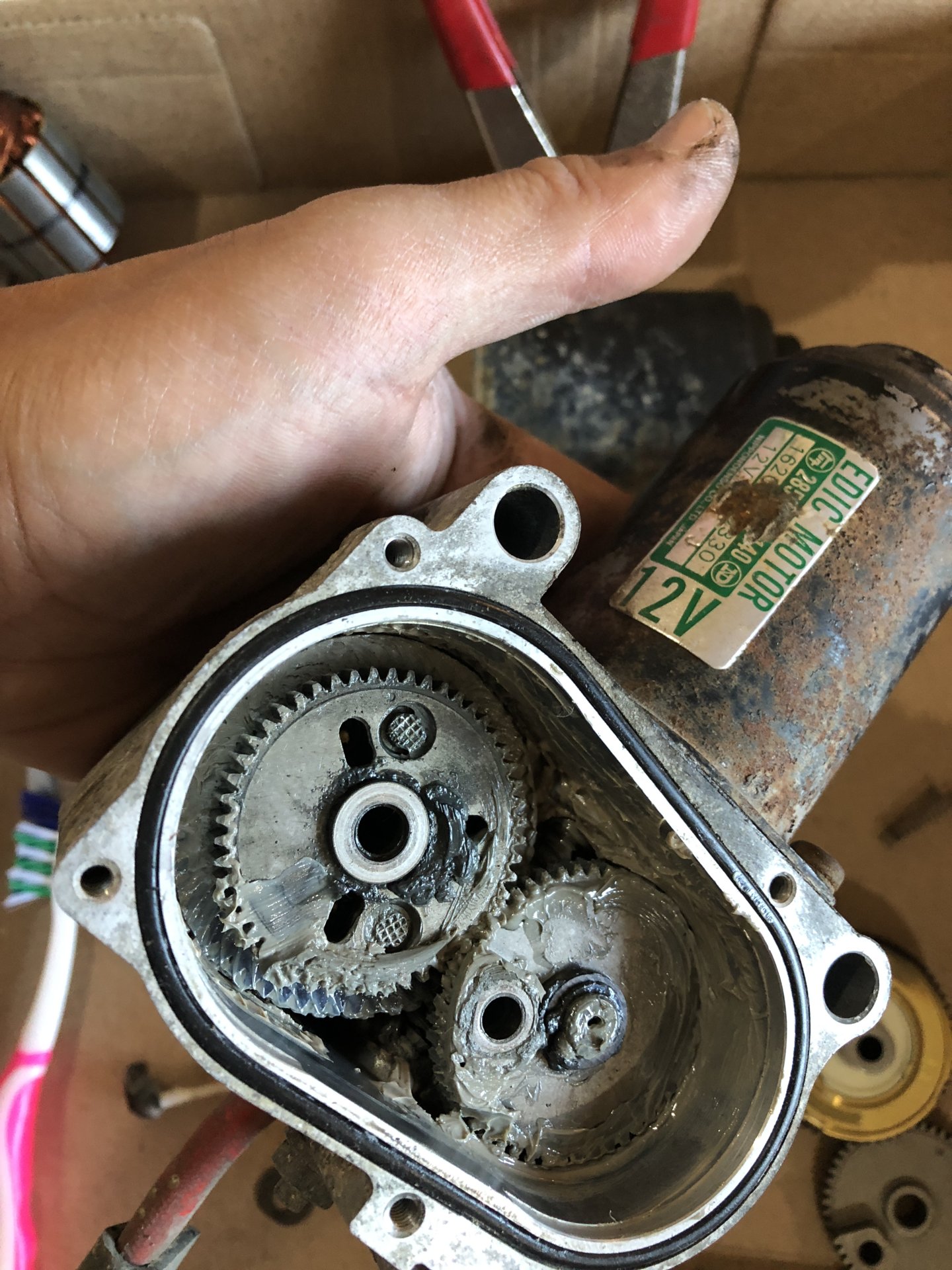 @SuperDuperCruizer Nice thread!!! interesting to see how things went after the swap. Working? Thanks for your infos.

I still need to swap a few bits before cranking up the engine with this modified EDIC. So, I haven’t tested the EDIC with the engine... but I did test it with a 12 volt battery & things rotated alright. I should update this thread with a video of what I did to bench test it. I also swapped out the screws & spring washers with new stainless hardware from my local Ace Hardware. They have an excellent selection of metric hardware.

Thanks posting up about the Molykote 33 Light. The long test is still ongoing but I've used it during two rear locker rebuilds this last winter and just this last month the EDIC on my BJ42. In the rear locker, one is sitting on the shelf if/when needed and the other has worked the couple times needed on trails and randomly to test/work it when on gravel. The EDIC seems to be working a treat, with no hickups. If that changes I will update, but for the short test I say it's a pass. I insured the 42 and ran it daily for a few weeks. Then it developed a weepy slave cylinder. New slave and master cylinders on order, so I can enjoy it more while summer is here!

gb
You must log in or register to reply here.

Monday at 9:08 AM
daboheme
D
R
3B crankshaft salvageable?