Hello all y'all in the 40/55 Forum. I usually find myself over with the 60-series folks, but I recently bought my first 40, so I've been hanging out here, reading and learning.

Every Cruiser has a story, and this one is no different. You know when you see a Cruiser for sale on Kijiji or Marketplace, and it just sits and sits and no one buys it and you think about it more and more and then eventually you send a tentative message to seller, and then you get into a full-on chat and the next thing you know you're figuring out a way to break it to your spouse that you've bought another rusty hunk of metal to stash under the carport? That's what happened here: 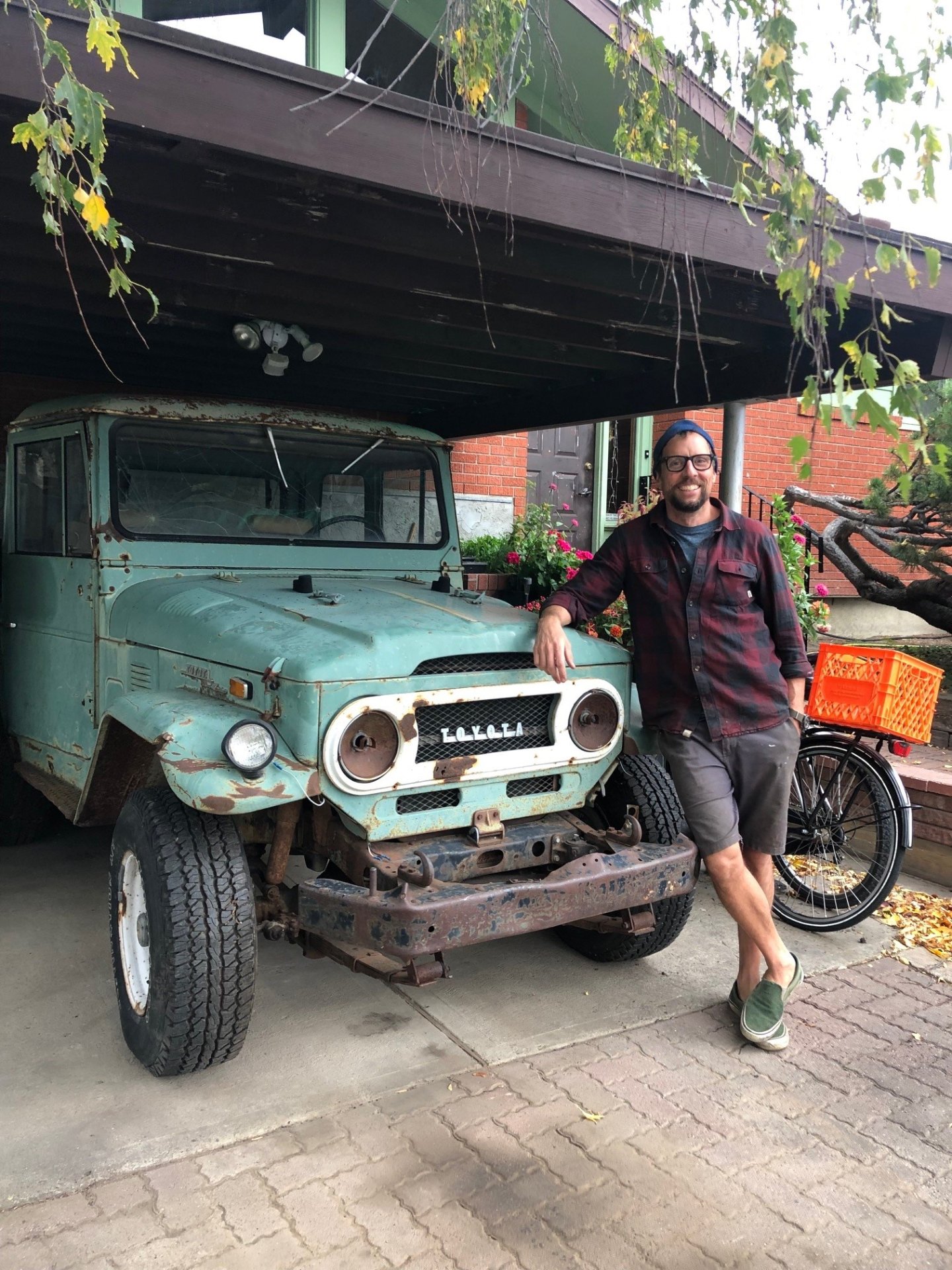 It's a '72 FJ40 with a build date of 11/71. Colour is Breathe Green. It was posted for sale in Calgary, Alberta, Canada, which is about 200km north of where I live. It was posted for sale by a gentleman who'd purchased it with the hope of restoring it. Unfortunately, he experienced some pretty serious health problems and was unable to complete the project. I sensed that he was quite attached to the truck despite not having been able to work on it, but luckily I was able to convince him that I was capable of doing the necessary work to bring it back around. He sent me a few more pics, and we agreed on a price of $3,000CDN (about $2,150 USD). Not having access to a truck or trailer capable of hauling the rig, I found a guy to haul it for me. He dropped in it in my driveway, and I couldn't help but tear into it right away.

Here's one of the pics that the seller sent to me before we closed the deal: 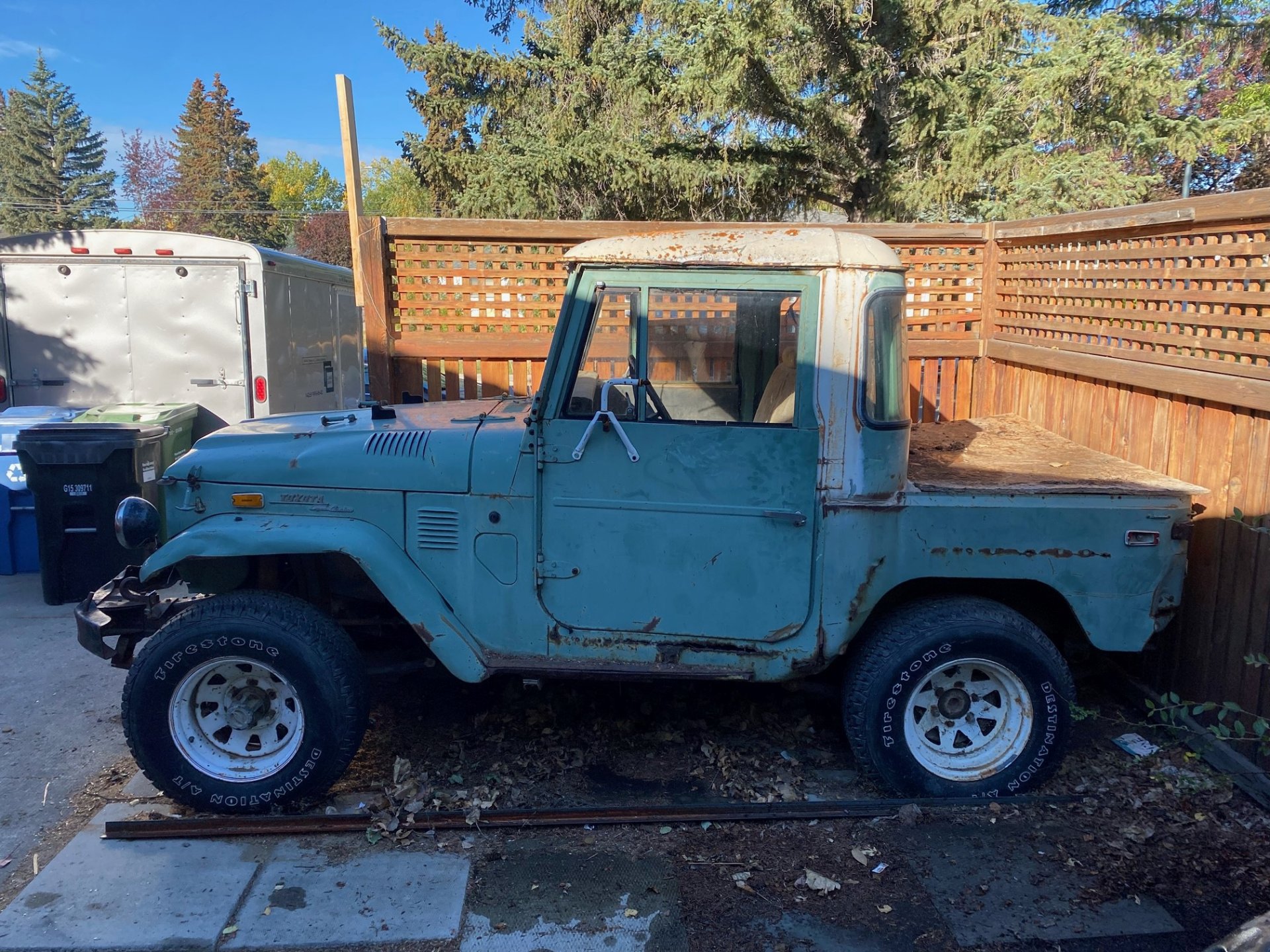 From the pics he sent, I knew that I'd be dealing with some weird mods - the most obvious being the shortened top. I could also see that most of the lights were missing, most of the glass was toast...and the rust. I knew I'd be in for lots of rust, though I have to say it ended up being much worse than expected. Based on the debris that I pulled from the bed and cab, it's pretty clear that this truck had been sitting for a while in a forested area. There were leaves and pine needles to a depth of 3" in some areas of the cab. The rear heater was completely buried in dirt, and in fact most of it had *become* dirt - that's how corroded it was.

In order to shovel and hose out the interior, I removed the seat, tool box, and fuel tank. The seat is a non-Toyota bench seat that they mounted using square tubing welded to the floor pan and rear fender: 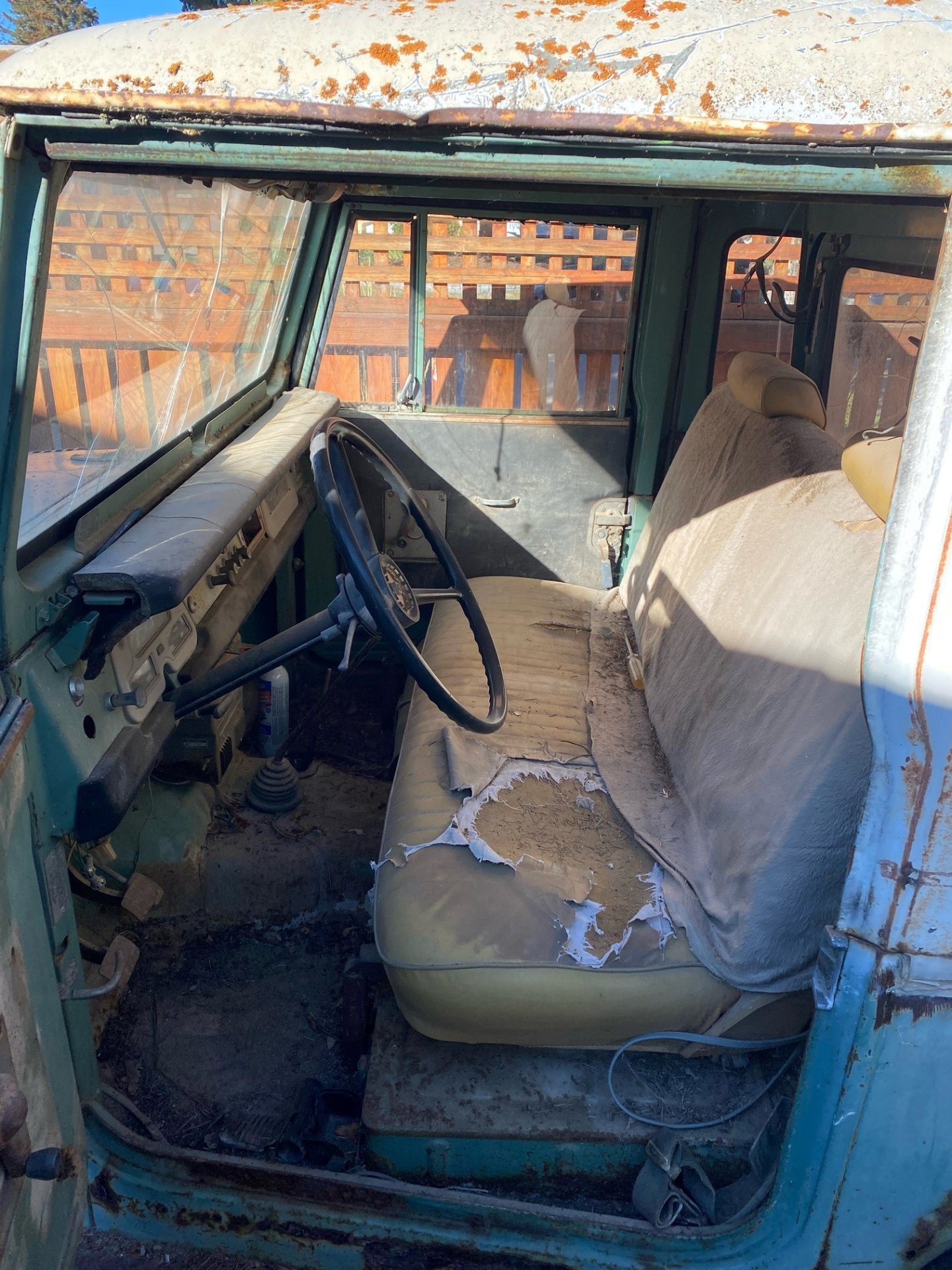 The bottom of the tool box had disintegrated completely, and the fuel tank was rusted and leaking along the seam. Anyway, after much cleaning and hosing, this is how things are looking. I'm going to need to build a complete driver's side floor pan, parts of the transmission tunnel, along with a lot of other sheet metal on the tub. 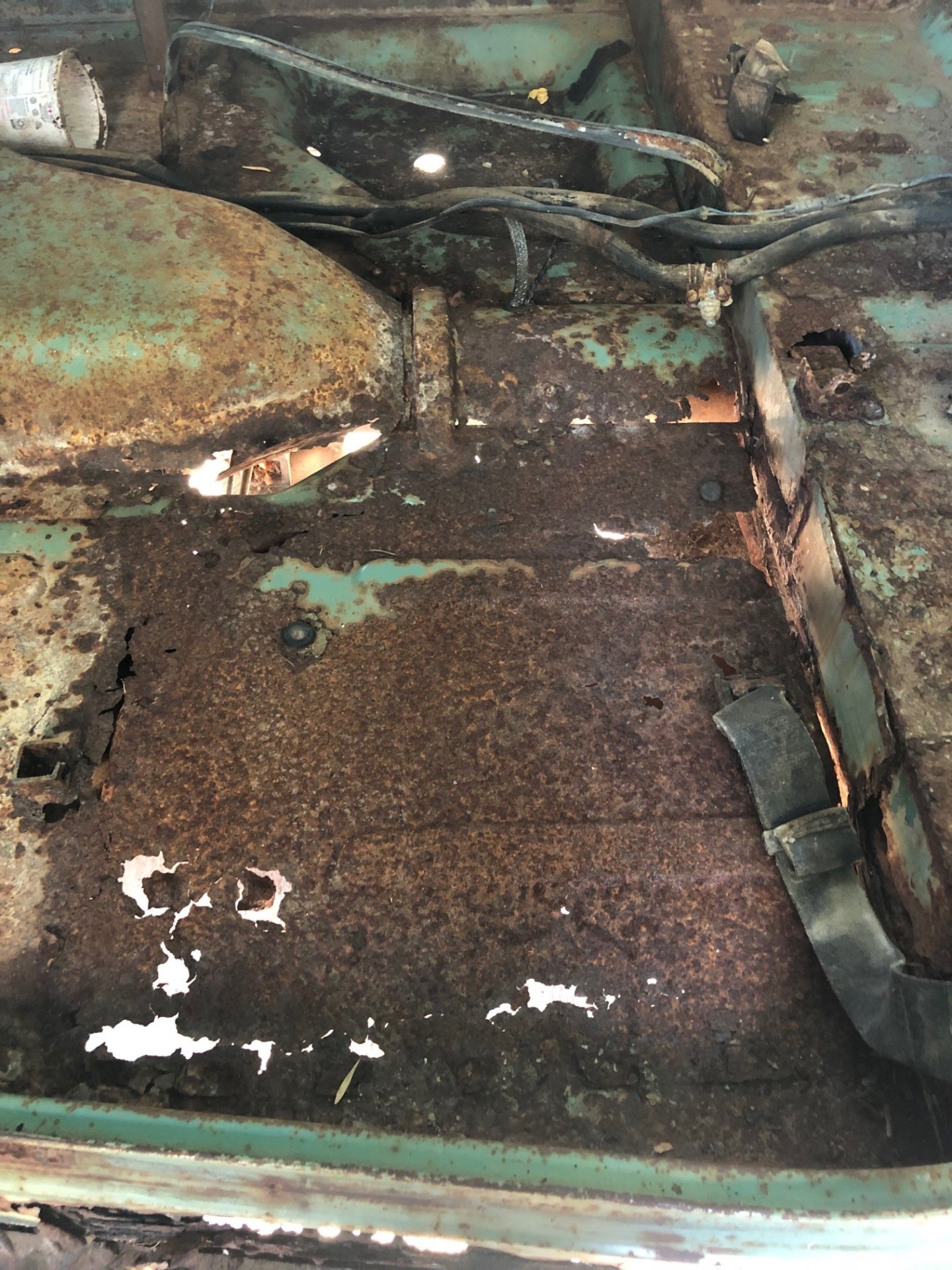 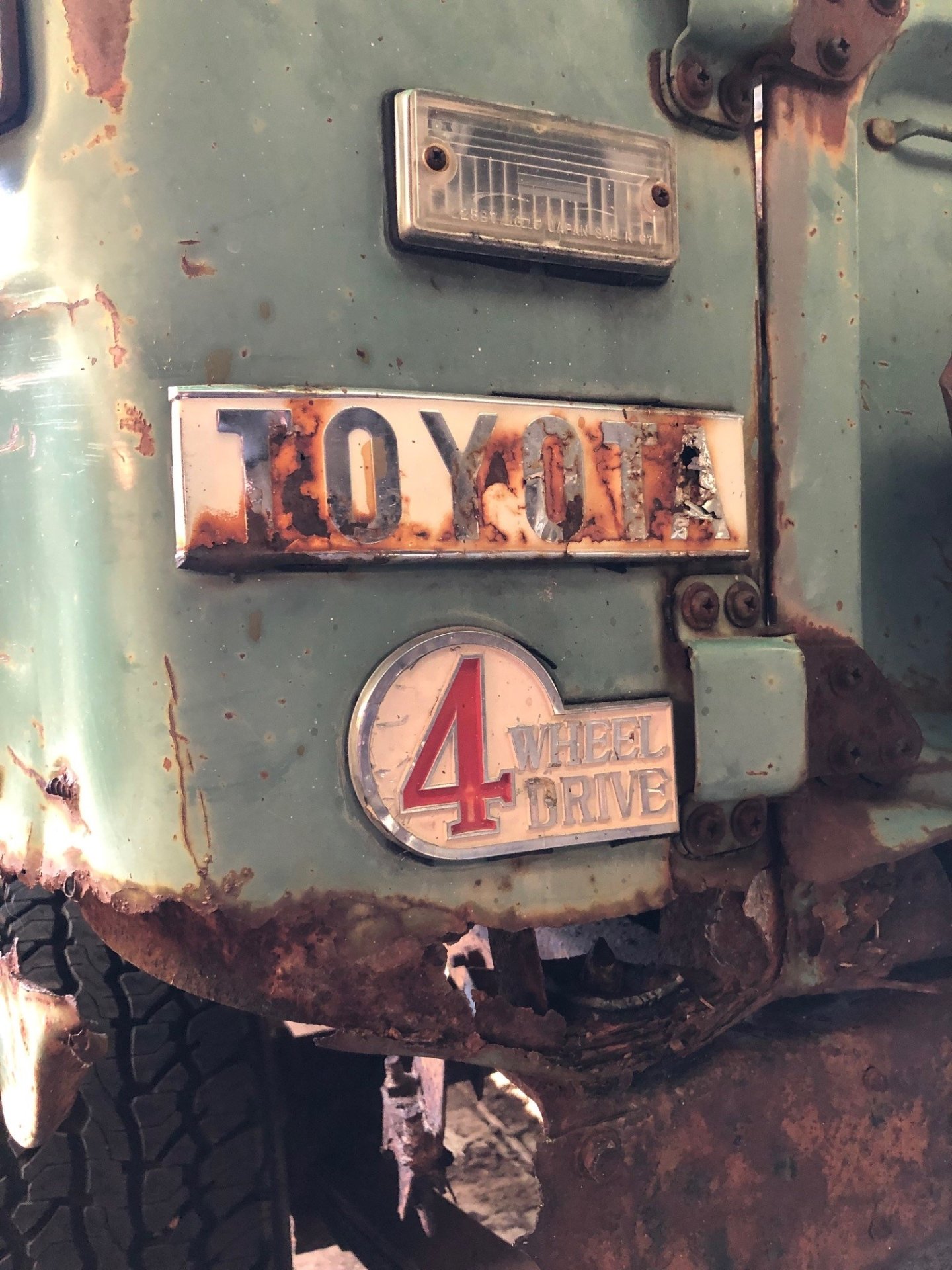 Even though the tub is pretty far gone, other parts of the truck are pretty decent. The doors are in good shape, and the front clip and fenders are banged up but relatively solid. The dash is actually in pretty good condition, though judging but the amount of house wiring I found in the truck, there's going to be a lot of electrical work needed. The brakes kind of work, but the clutch master is seized up. 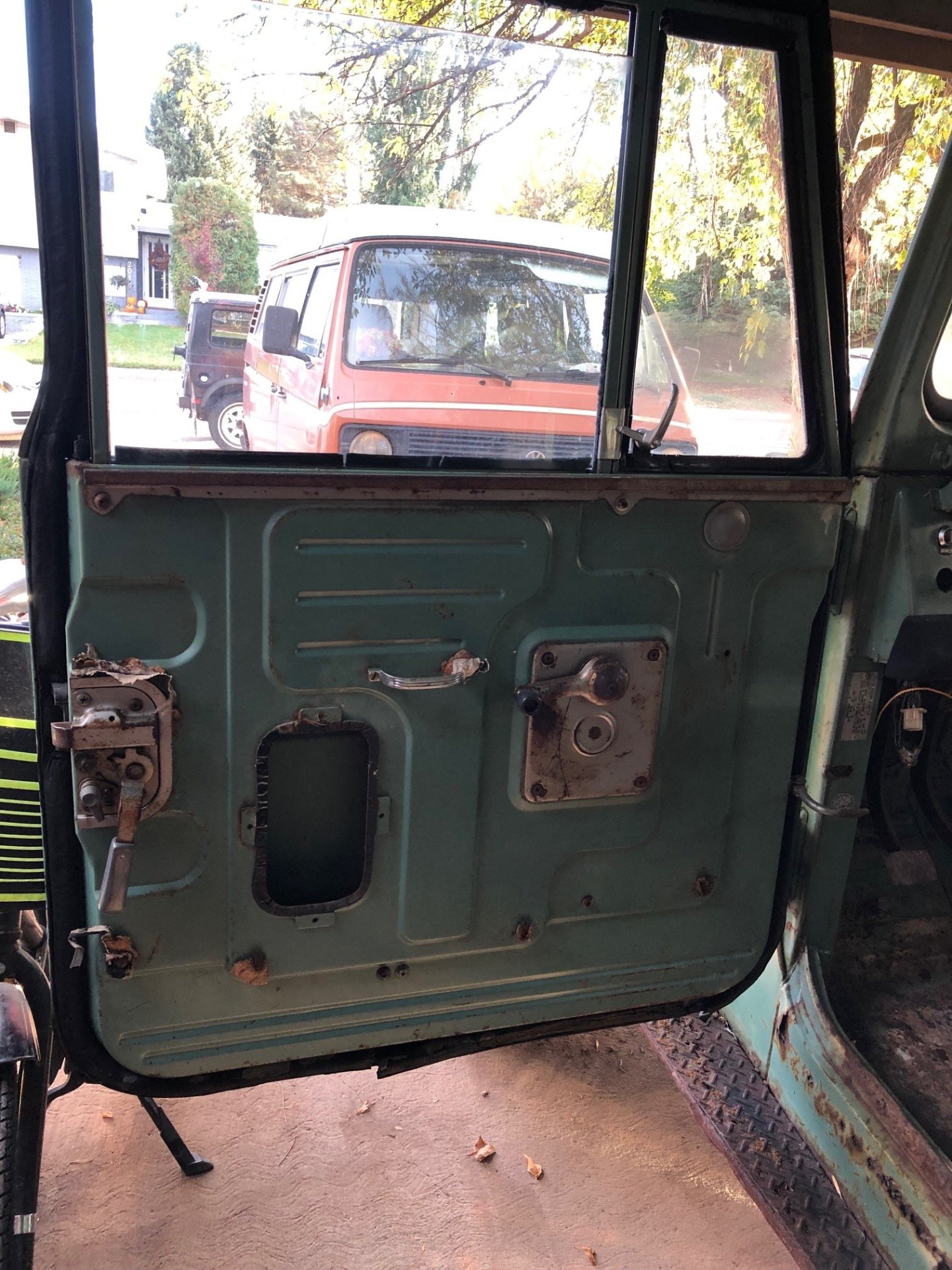 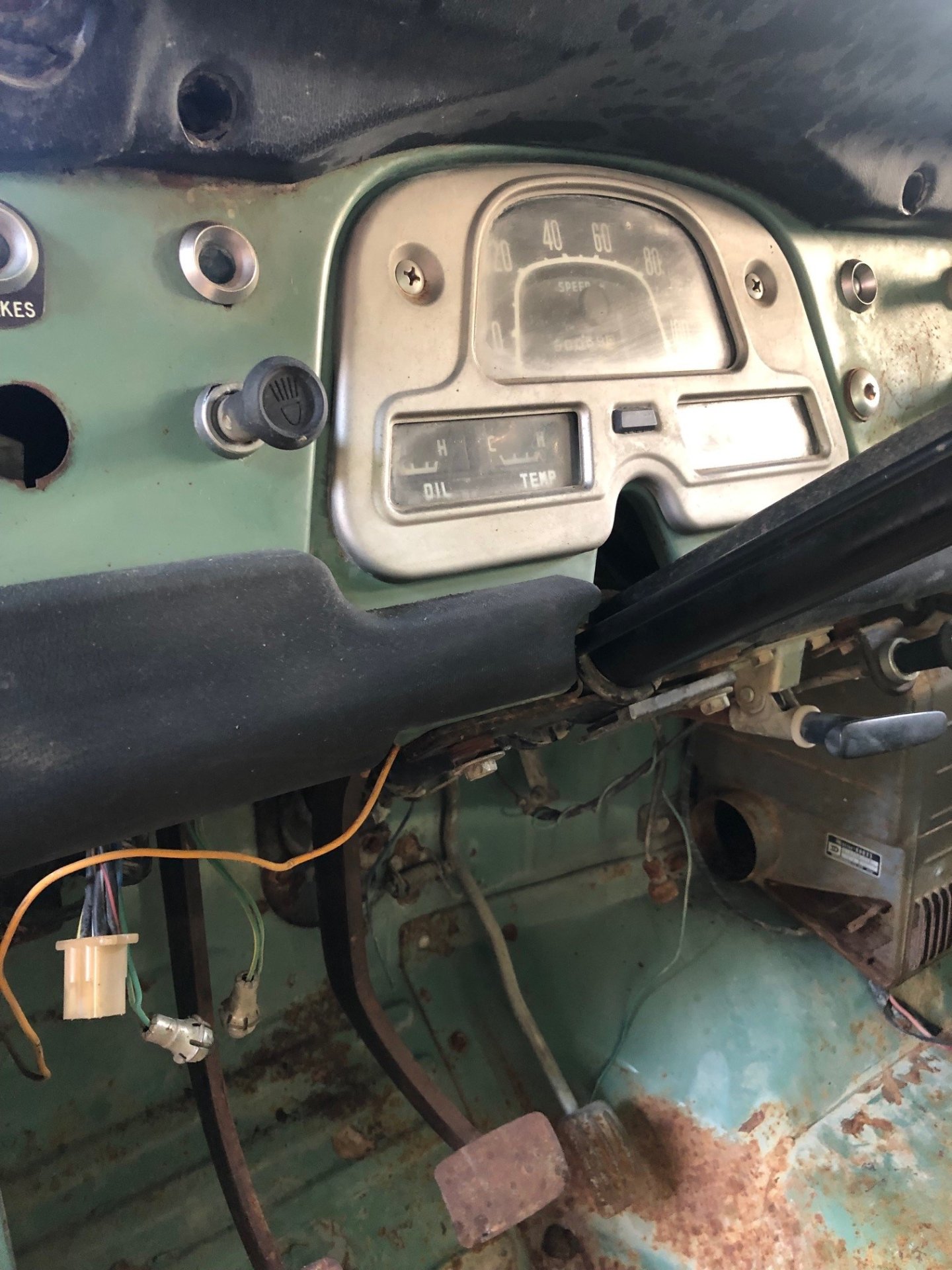 The F engine appears to be mostly complete as well, and according to the seller, it did run fairly recently when fed from a jerry can. Here's hoping. 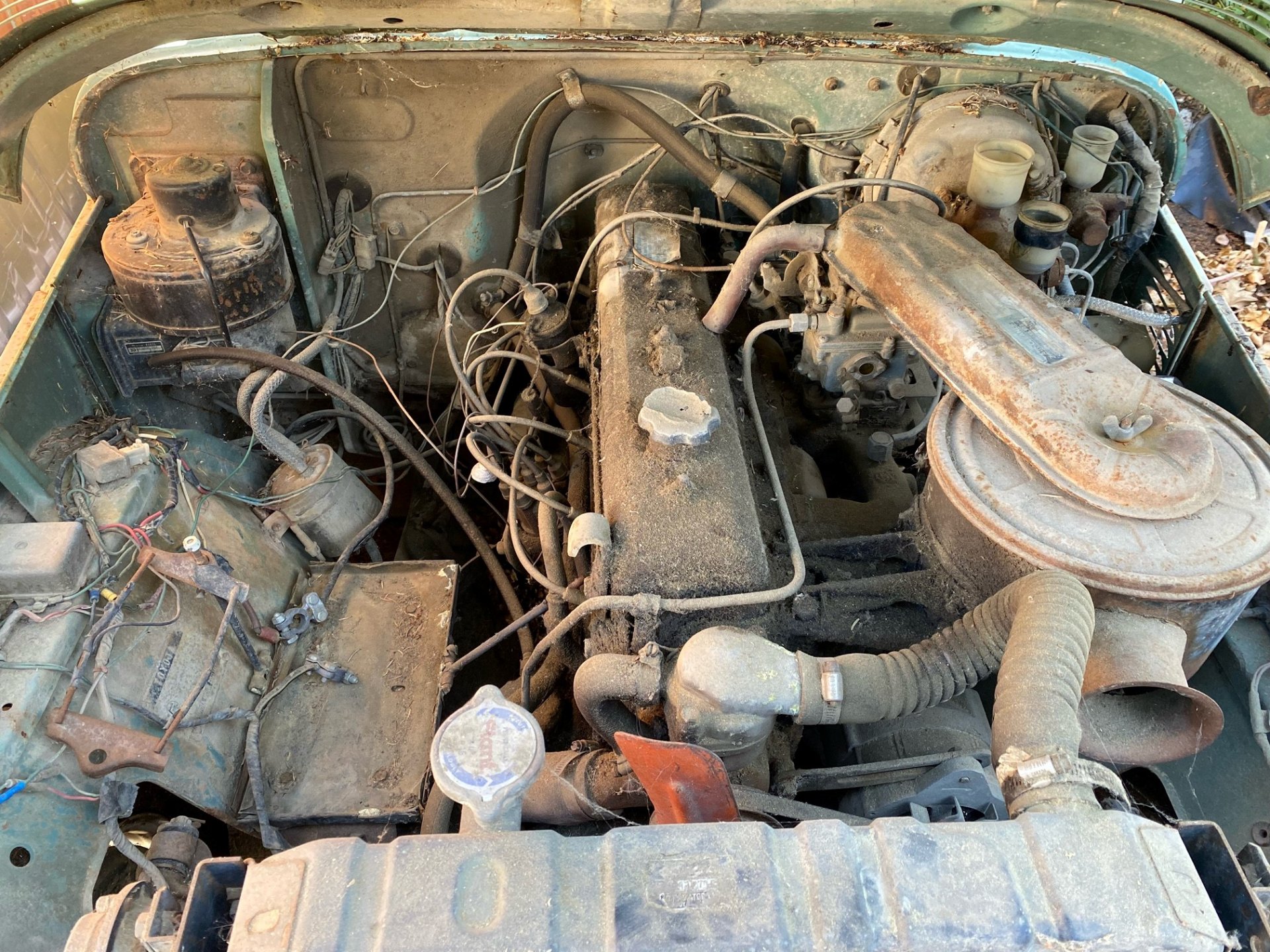 So yeah, that's where we're at. I'm currently working on an '89 FJ62 that needs a lot of sheet metal replaced, but once that one is up and running, this will be my next project. I'll probably pick away at it here and there anyway. I also need to accumulate some parts, such as seats, exterior lights, fuel tank, and maybe a hard top (eventually). Thanks for letting me share my new rig with y'all! 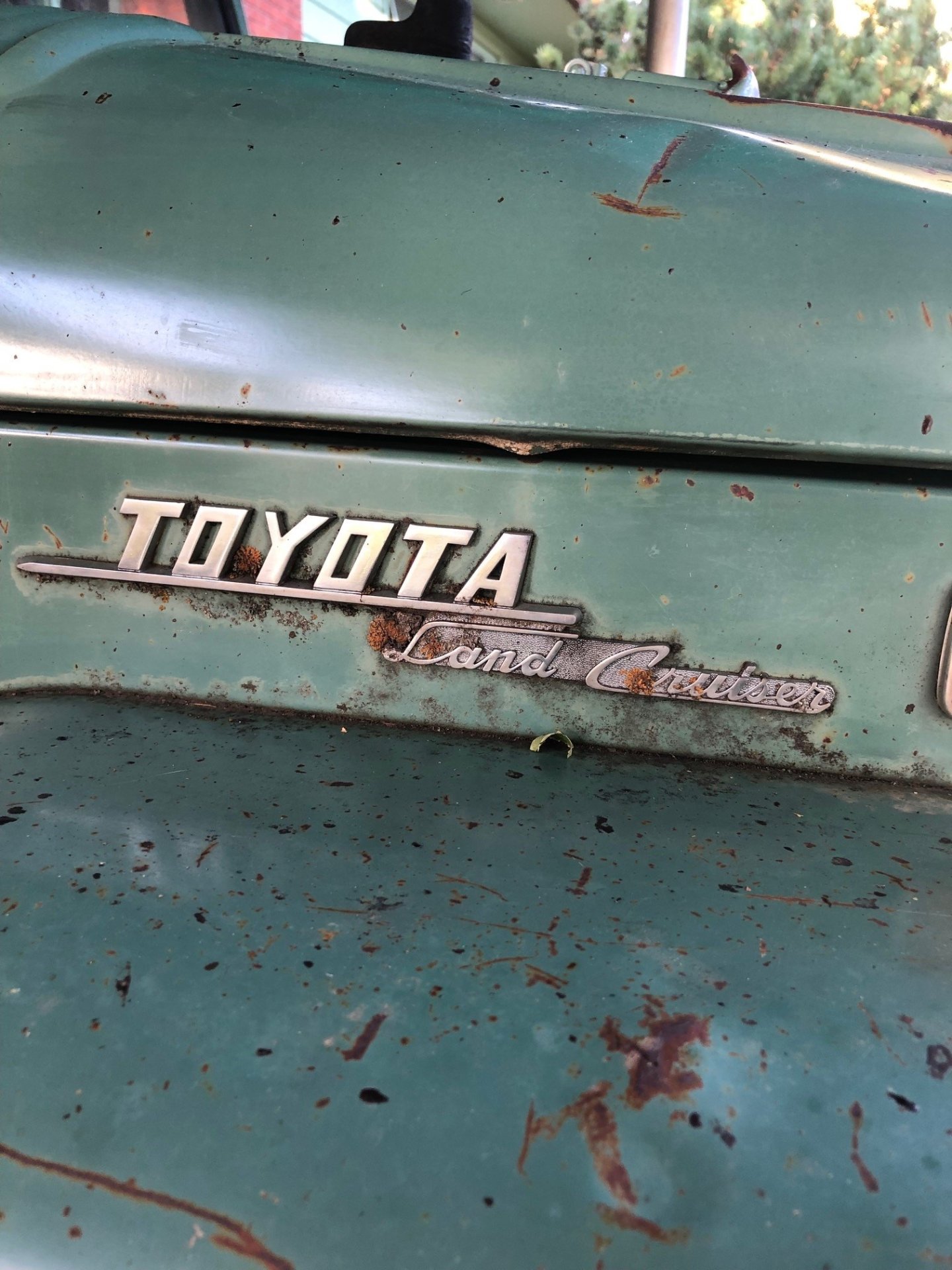 Nice, IMO you could save that fender emblem. If you got tools and skills this will be a project for sure. Tops are available so I wouldn't stress on that, question is replace with metal tub or aluminum, looking at the destruction , depending on frame condition, an aluminum tub would be easy. $8k tho.
John on the hawgs

peesalot said:
Nice, IMO you could save that fender emblem. If you got tools and skills this will be a project for sure. Tops are available so I wouldn't stress on that, question is replace with metal tub or aluminum, looking at the destruction , depending on frame condition, an aluminum tub would be easy. $8k tho.
Click to expand...

Thankfully the frame is solid, so no worries there. The tub crossmembers seem to be intact as well. At any rate I can't see myself dropping $8k on a new tub, since the sheet metal work is the part that excites me the most. These big, flat panels should be pretty easy to rebuild compared to the swoopy curves on my FJ62.
1990 LJ78, 1995 4Runner
1988 FJ62 "Japhy"
1972 FJ40
1989 FJ62 Build Thread

Footage from my ocean to ocean TAT motorcycle trip Lys6_-f1QZQ
You must log in or register to reply here.