west aussie said:
great work. what paint did you use?
Click to expand...


Thanks, I used tintable Raptor liner and got a pot of Dune Beige 416. I don't think the first coat I applied (with a roller) was quite right, might have too much hardener in it. The second coat I put on with a cheap body gun and I could never get it to flow as evenly as I wanted.

But, I've dropped spanners on it a few times and it seems to hold up ok. I'm happy with it, and if goes to cr@p sooner than expected, well, I've still got a couple of litres left I can re do it with and chalk the first time up as experience.

Spent Friday replacing the spark plugs, leads, rotor and cap, points (might be the wrong ones as they required modification just to fit), earth and power leads and remade the fusible link. Managed to get it running roughly, played around with timing and fuel but couldn't get it running long enough to play with either the timing or the idle. By that stage the battery was toast and after having it tested, was told it needed to be replaced as well. Damn.

So spent a couple of hours today trying to get it to run properly, again to no avail. Didn't help that the distributor cap had flashing from the mould on three of the points. Gave up and moved on to the tail lights. I had bought a set of aftermarket tri colour lights but they turned out to be about 30mm to big to fit into the housing, so I'm going to try and clean up the housings and lenses as best I can.

Which brings me to the original owner. I know a lot of people who have been afflicted by the curse of the previous owner, I have and have probably been cursed for things I've done. But I need to say a big thankyou to the original owner of my truck who had it coated in some sort of rust proofing paint from new. This paint is now starting to come off in areas and the steel underneath is shiny smooth and like new. So to the old farmer from NSW, thankyou for looking after the old girl and not letting her become a paddock basher or roo shooter.

Ha ha Capt. Sneaky and the Curse of the Previous Owner.

cult45 said:
Ha ha Capt. Sneaky and the Curse of the Previous Owner.
Click to expand...


That's the next Pirates movie.

How's it feel to know Johnny Depp will play you?

cult45 said:
How's it feel to know Johnny Depp will play you?
Click to expand...

Got the truck running for extended period of time but its still not right, and I'm thinking its the points. Thinking about it they required too much work to get them to fit, and that's not right, and checking my invoice I think I was given a set for a 4 cyl Hiace Van.

So next set and a condenser are on their way. But I did drive the 3 metres to the front gate and then reverse, so there was at least a brief moment of triumph.

I also found this on the radiator drain point. It has two uses, obviously it moves the drain point below the splash guard, but it also becomes the lowest point in the radiator and cooling system were the mud collects ( and it did). Unfortunately I never got the engine warm enough for the thermostat to open, so I'll need to flush it properly. 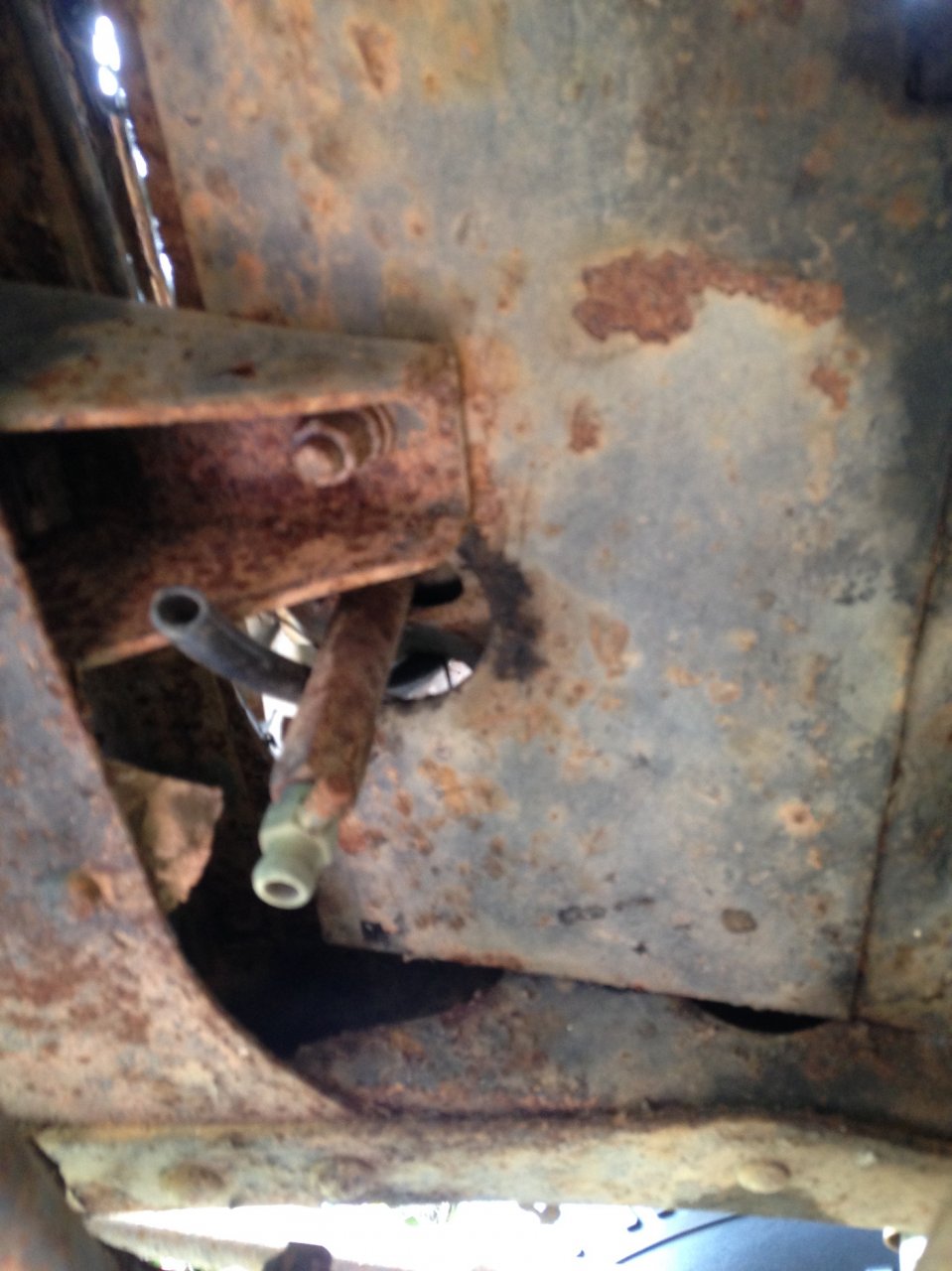 It lives! Nice one mate. How's the brakes Capt. Jack?

new job is retail design/ documentation for a firm at Springwood, so I'm commuting on public transport for the foreseeable future. Can't argue with student price bus trips. Pity the busses all stink like piss.

Good to hear that Andrew. Got to do something to pay for the upkeep on the fj45, the 2002 and that mysterious thing under your dad's house

84TROOPY said:
..and that mysterious thing under your dad's house
Click to expand...

I'm a firm subscriber to the "Happy wife, Happy life" mentality, I don't get to work on the truck until after I've done the washing and housework.

84TROOPY said:
that mysterious thing under your dad's house
Click to expand... 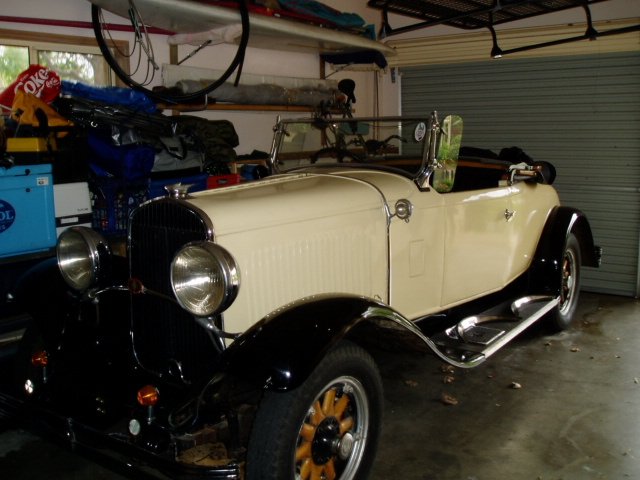 You've got the makings of a great country and western song there Dan, just need a few lyrics about your truck.

See I'm lonely but I'm free,
Got me a real steel '33,
But the thing that owns my heart is Japanese..

And y'all may say I'm mad,
It all cain't be that bad,
When you fire up that ancient, dirty F..

Cause Mr. Toyoda built 'em right,
And I cain sleep at night,
Cause I own myself an FJ45.

Why are you not on a reality show?

But in 45 land, the new condenser and points have made a world of difference and its starting easier and running better, just need to get it dialled in.

I've also got my neighbours driveway lined up in the coming weeks to rebuild the rear brakes while they are on holiday.

I see you're annexing even more of the neighbour's property. You'll have the whole lot in no time!

Hey cult I'm not much of poem writing hippy, But I'll have a go at it

You guys have too much time on your hands!

Took the opportunity/ made the excuse to move the truck so I could mow the lawn.

First time I've seen it from a distance/three quarter view with the new boots and bumper, and some of the green paint sanded off. I'm liking the way its coming together. Just need to get it to stop now.

catskinner said:
Hey cult I'm not much of poem writing hippy, But I'll have a go at it

He went all Hollywood
Picked up a blue 253
45s getting a new heart
Made of two flys and a flea
Click to expand...


Other than hijacking ol' sneaky's thread that's GOLD!! hahahahaha
You must log in or register to reply here.

Vendor NOS FJ45 Locking Gas Caps 77310-60051 TOTALLY UNIQUE & well The tech behind these little guys is something i never have crossed paths before ?

R
One week left before shes loaded up for Scottsdale...
2

Someone got a sweet SWB

Vendor NOS FJ45 Locking Gas Caps 77310-60051 TOTALLY UNIQUE & well The tech behind these little guys is something i never have crossed paths before ?