Brothers of mud I'm in need of help.

On the way to work this morning in my 89' HJ61 H55f I started getting some minor grinding in 4th that was not overly concerning but I did notice that the vertical part of the shift was a bit short.
Not 10 minutes later after having everything shifting relatively nicely and as normal I lost the ability to shift into 1st and 2nd and shortly after if not at the same time I lost 5th.
When I say lost I mean it's like the gear doesn't even existing in the box, no grinding or clunky just plain non existent.
When I stopped and tried reverse I couldn't get reverse either.
3rd and 4th are fine (for now) and the clutch is working without issue and I replaced the clutch as well as master and slave probably 20,000 ago.

The gear stick does feel a bit weird on the sideways movement like it doesn't fully travel and is a bit notchy just in the stick itself.
The synchros in 3rd and 4th "feel" ok and there's plenty of fluid in the master reservoir.

I haven't had time to rip the lid off it in the cabin but I'll do that before I finish work, a quick (very quick) check under the box didn't show anything obvious.

I have my own ideas that I won't share yet because I don't want to bias any valueable insights you may have.
3

there is a shifter seat that can wear out, you need to remove the shifter stalk and it is under the ball of the shifter.

can you pull up on the shifter and get it in gear?

Yeah, if the rubber bushing/seat and the pivot studs seem ok, then the only other option is to remove the top cover of the transmission and take a look see.

Thanks guys I'm going crazy in meetings thinking about it. Another hour and I'll have my hands dirty.

Also make sure that the little plastic cap is snapped onto the very tip of the shift lever. Item 33548F in the drawing below. 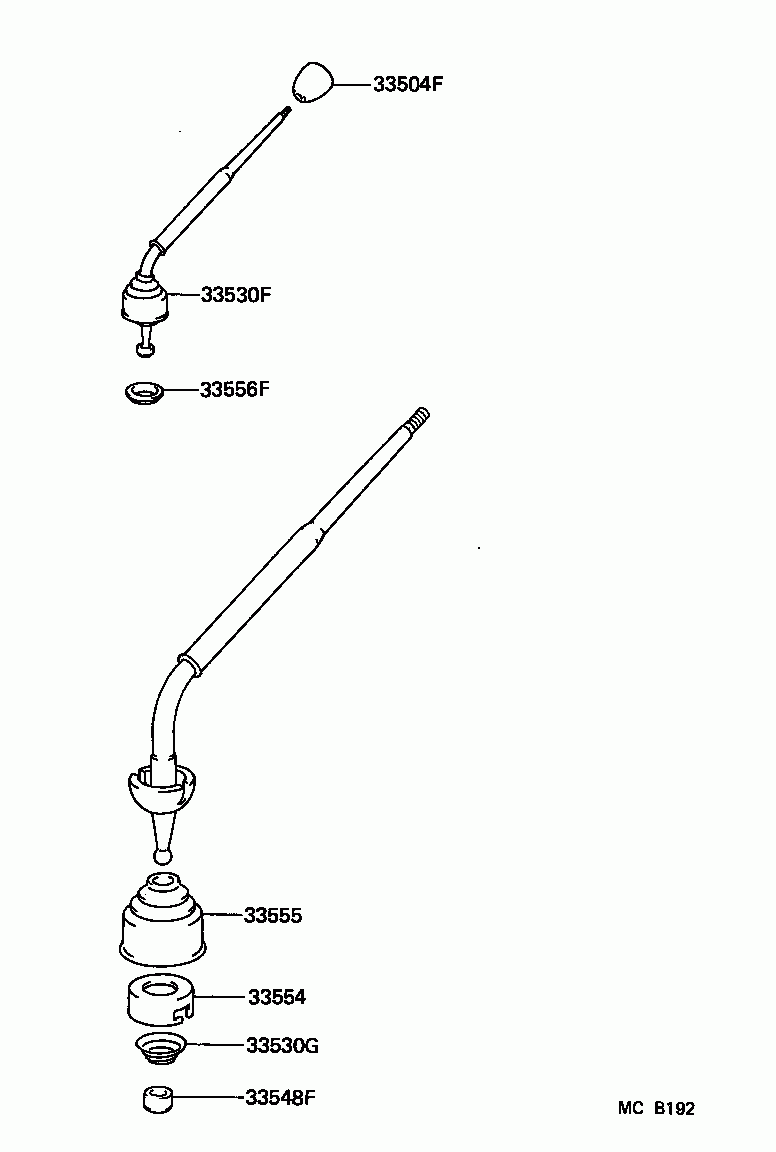 SITREP:
3puppies you're spot on I can lift it and it will shift.
OS thanks for the pics I'm onto it. 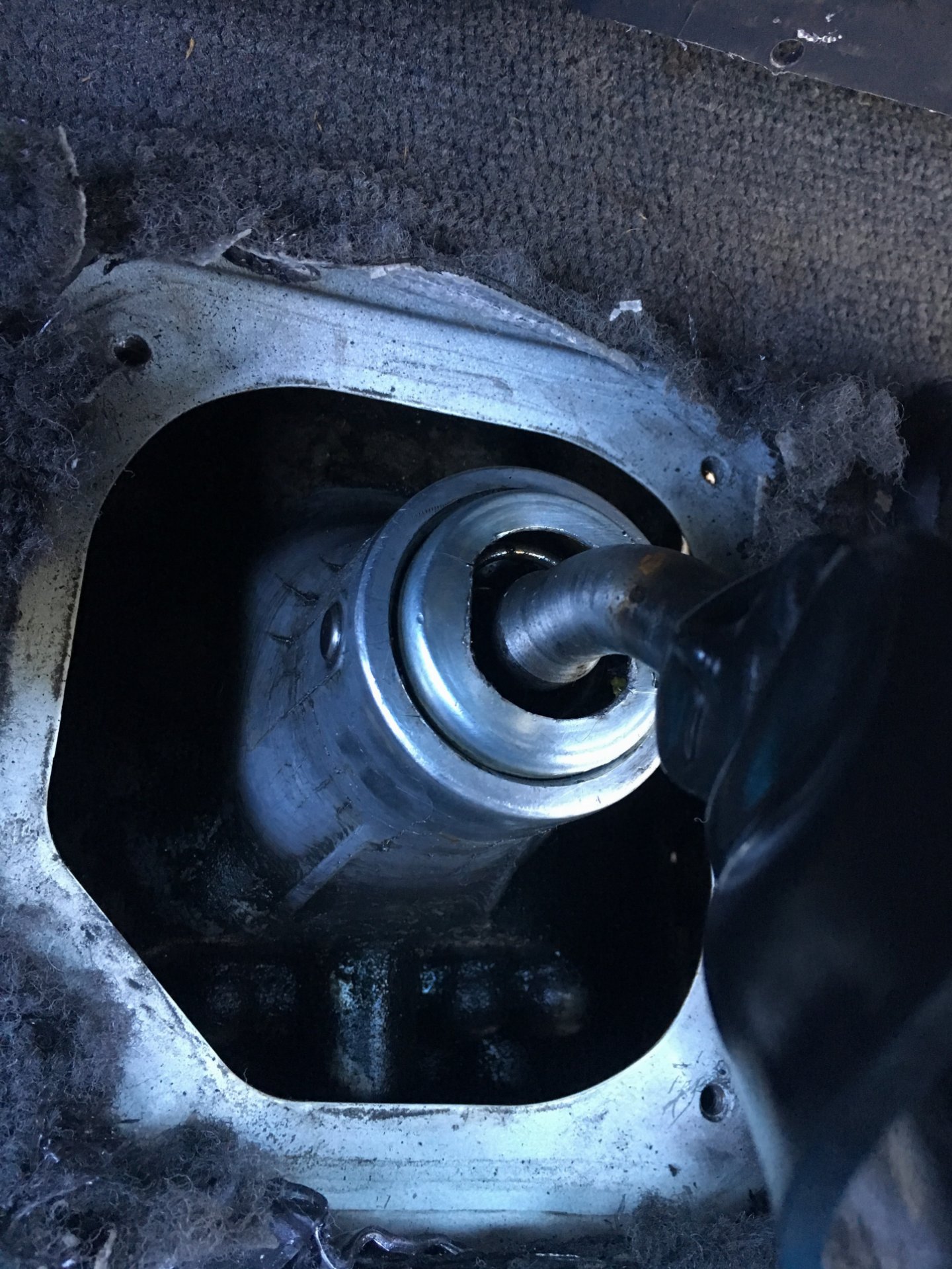 Fek I can't remember how to get this stupid push and twist cover off!

Push down and turn left counter clock wise... I have seen this when the teflon bushing that the shifter sits in disingrates...

Be careful pulling that thing out that the cup doesn't fall down into the Transmission!

There's the problem!
Thanks guys you nailed it straight up. 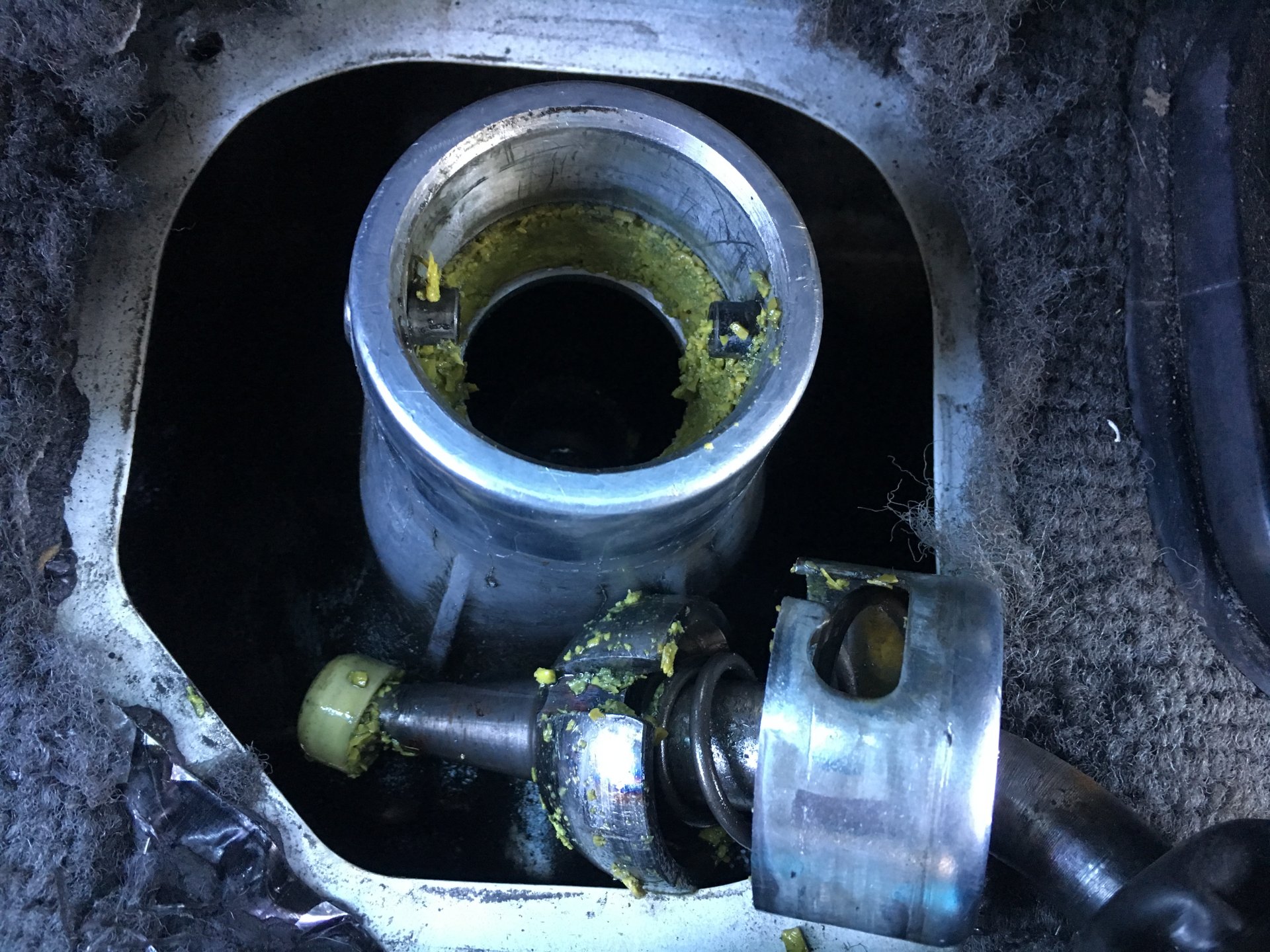 Here's my temporary fix to get me home and back to the dealership. 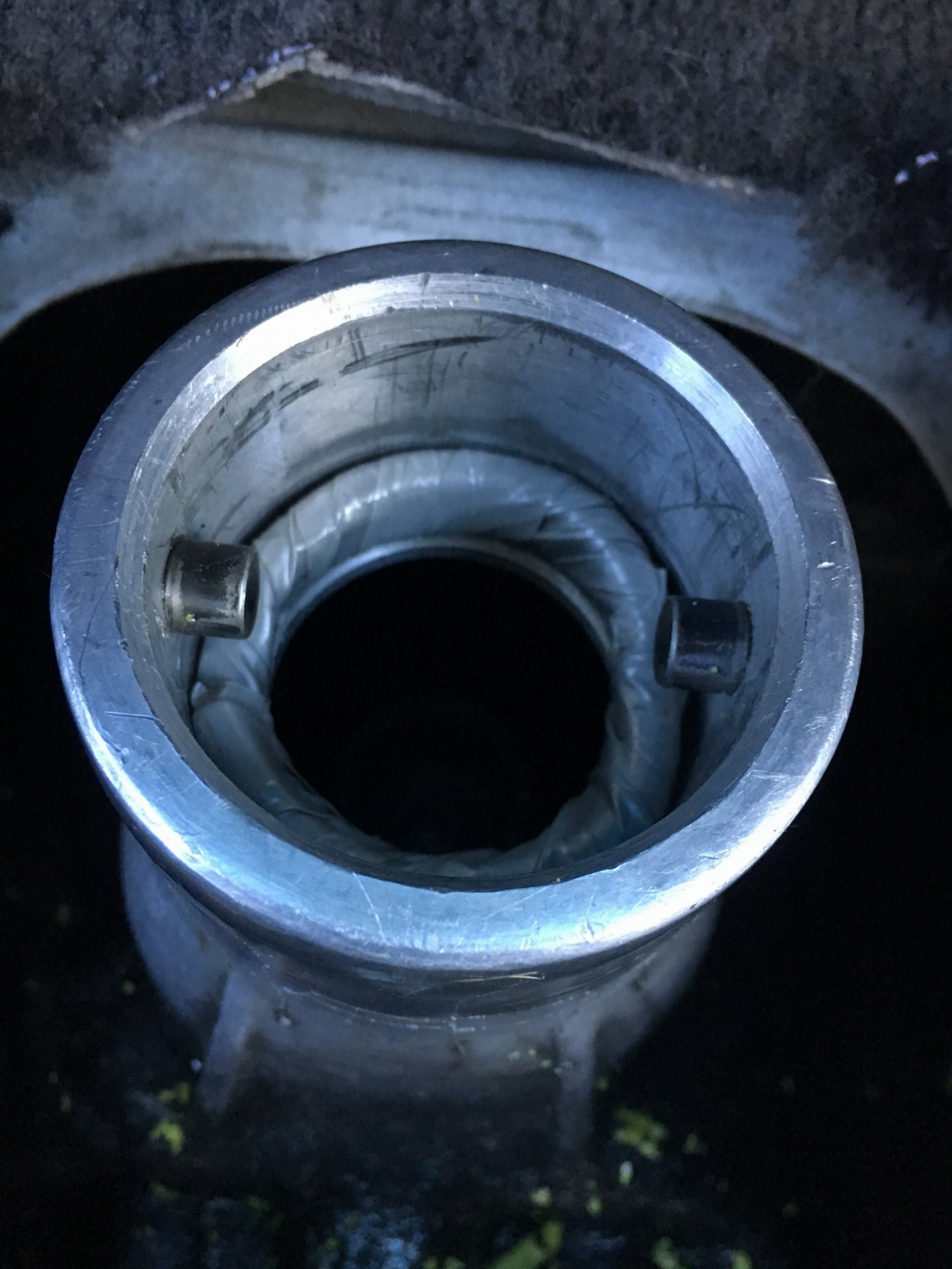 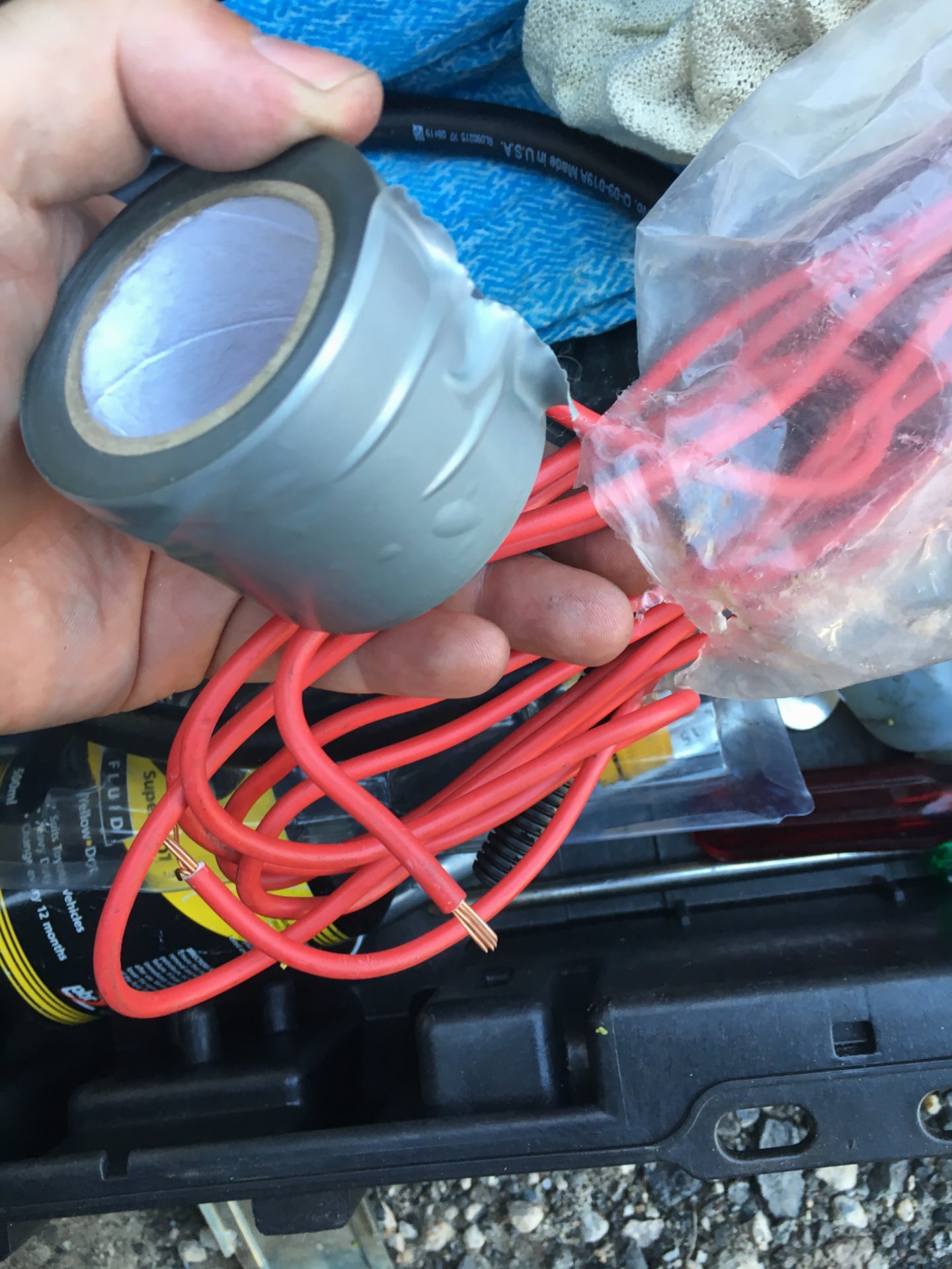 I just thought I'd give a quick update for final fix.
The updated part number for the "seat" is 33505-60011 and is now a 2 part bonded biplastic item, I spoke with the parts bloke and he said they went through thousands in the 90's for hilux's before they changed the design. 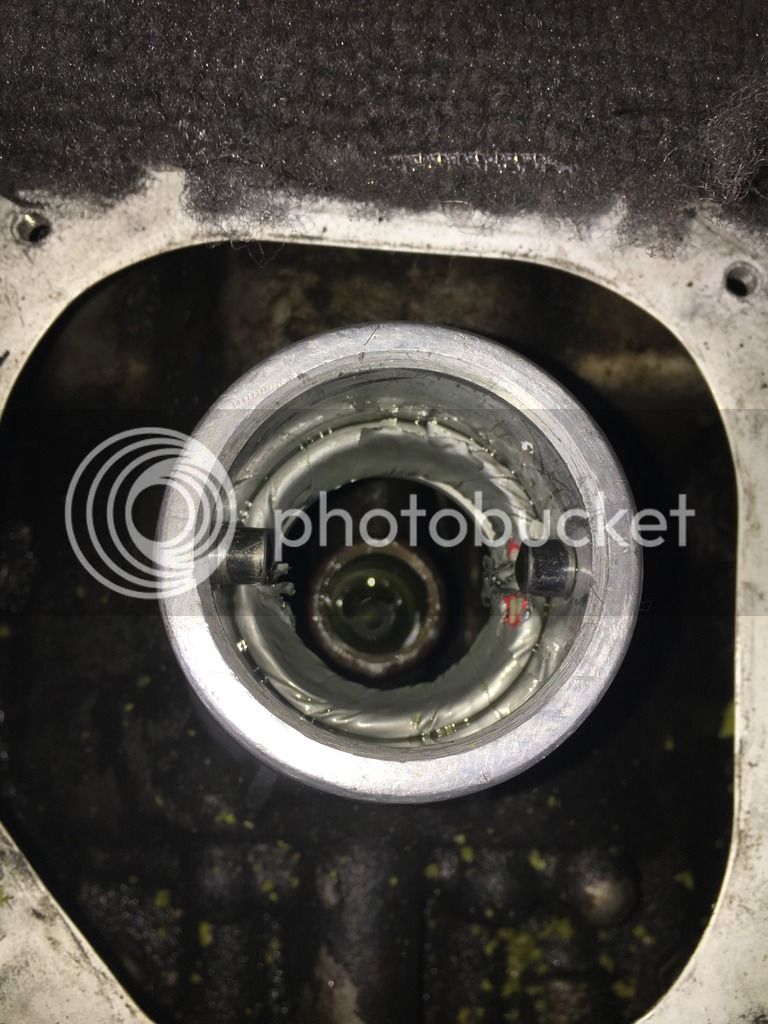 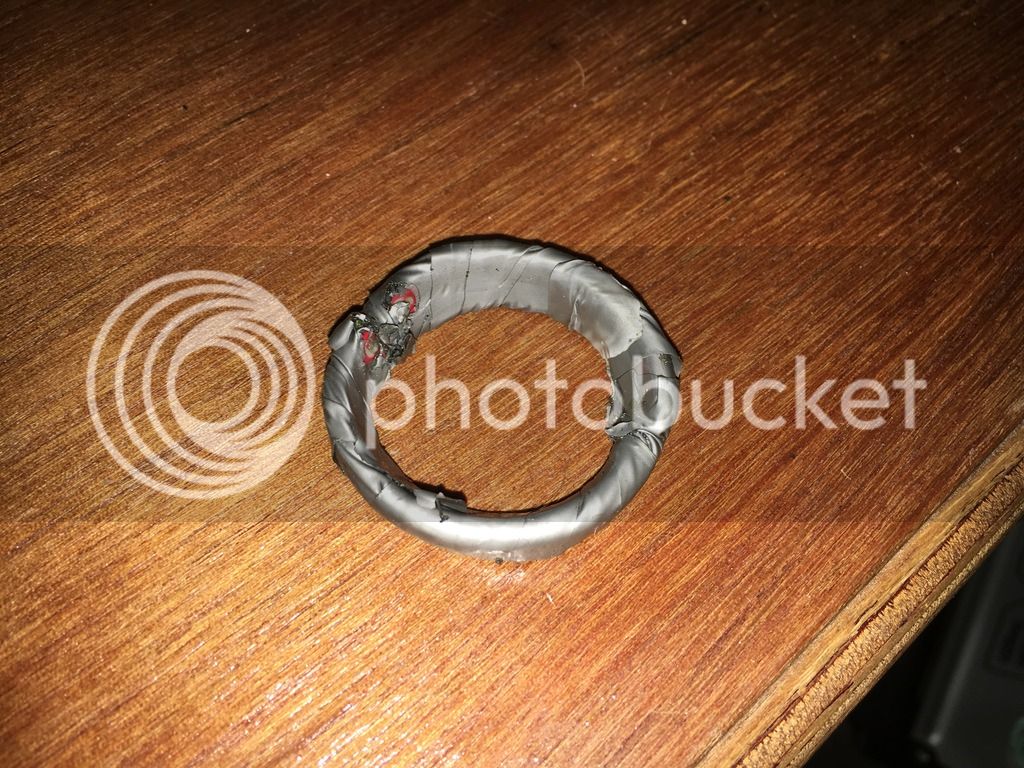 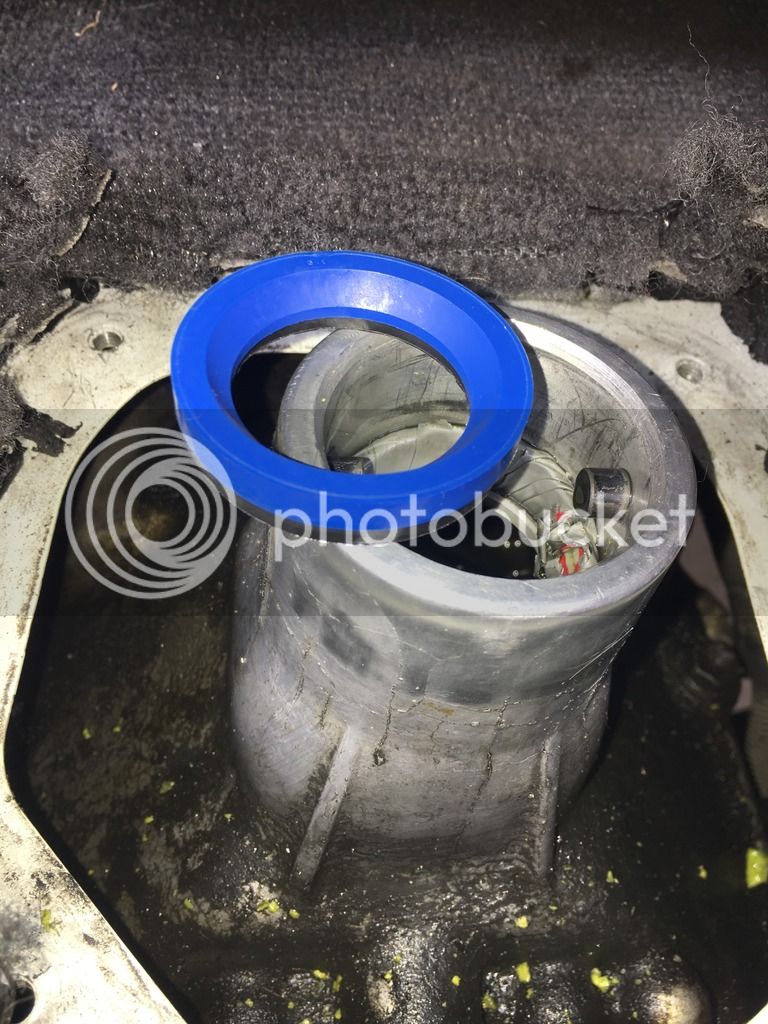 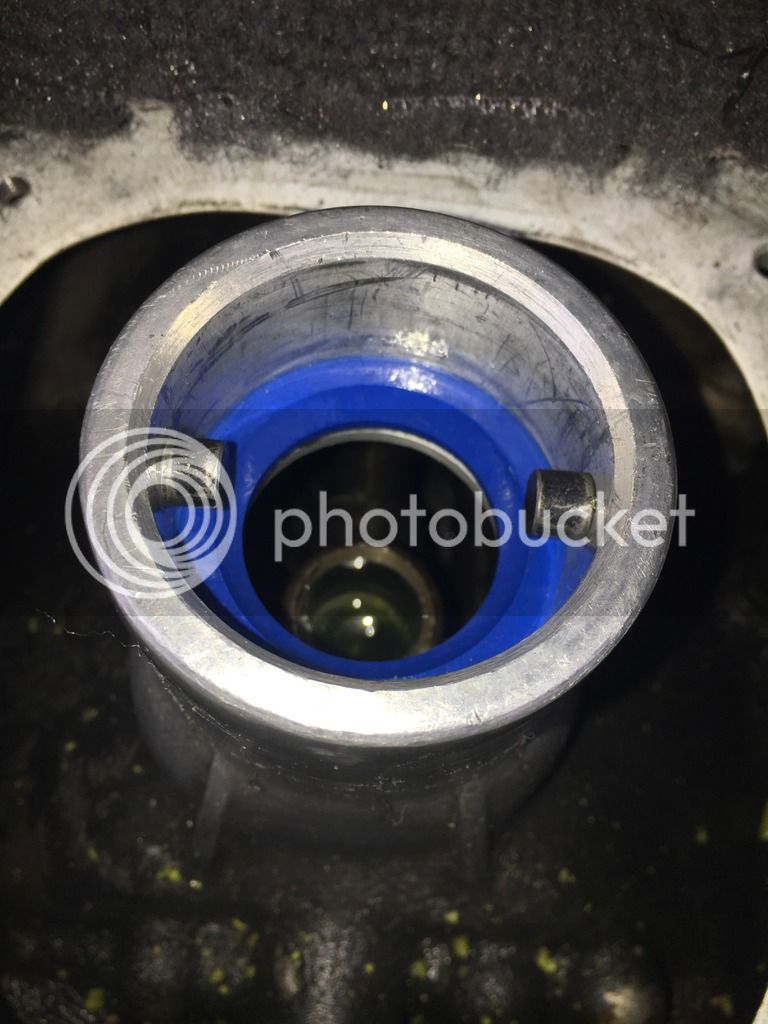 [/URL]
You must log in or register to reply here.

B
Very difficult to shift into 1st/2nd when stopped (H55f)