After years of dreaming that I could restore an old FJ, I finally got serious and did some shopping. I looked at several vehicles local to me and they were all way too far gone to be able to resurrect. We use a lot of salt on the roads in the winter here and it shows in the condition of our older vehicles.
I finally found this FJ on Craigslist. It was listed and titled as a 1966 and brought here almost a year ago from Colorado. The seller had planned to build it himself but said he had too many projects. Based on the VIN (35536), I believe it was built in mid-1965. It still has the 3 speed column shift and vacuum transfercase shift and a PTO winch.
This poor vehicle has been the victim of a lot of shadetree mods. I've started tearing off the "extras" like the antenna drilled through the top of the cowl, lawnmower gas tank under the hood, and the chevy WS washer pump! The firewall has a huge hole behind the aftermarket heater which makes me wonder if this is the second one it has worn.
The hardtop is in rough shape. Someone took off the hatch and replaced it with something resembling ambulance doors.
The tub is in decent shape compared to the ones I've seen in my area. There is rust-through in both rockers, both wheel wells and the rear sill. The rear doors are very rusty, and the right door is welded in place!
I have only very basic mechanical skills, but I'm hoping to learn them in the process of completing this project. I'll post my progress in this thread and hope to have some help and guidance along the way. 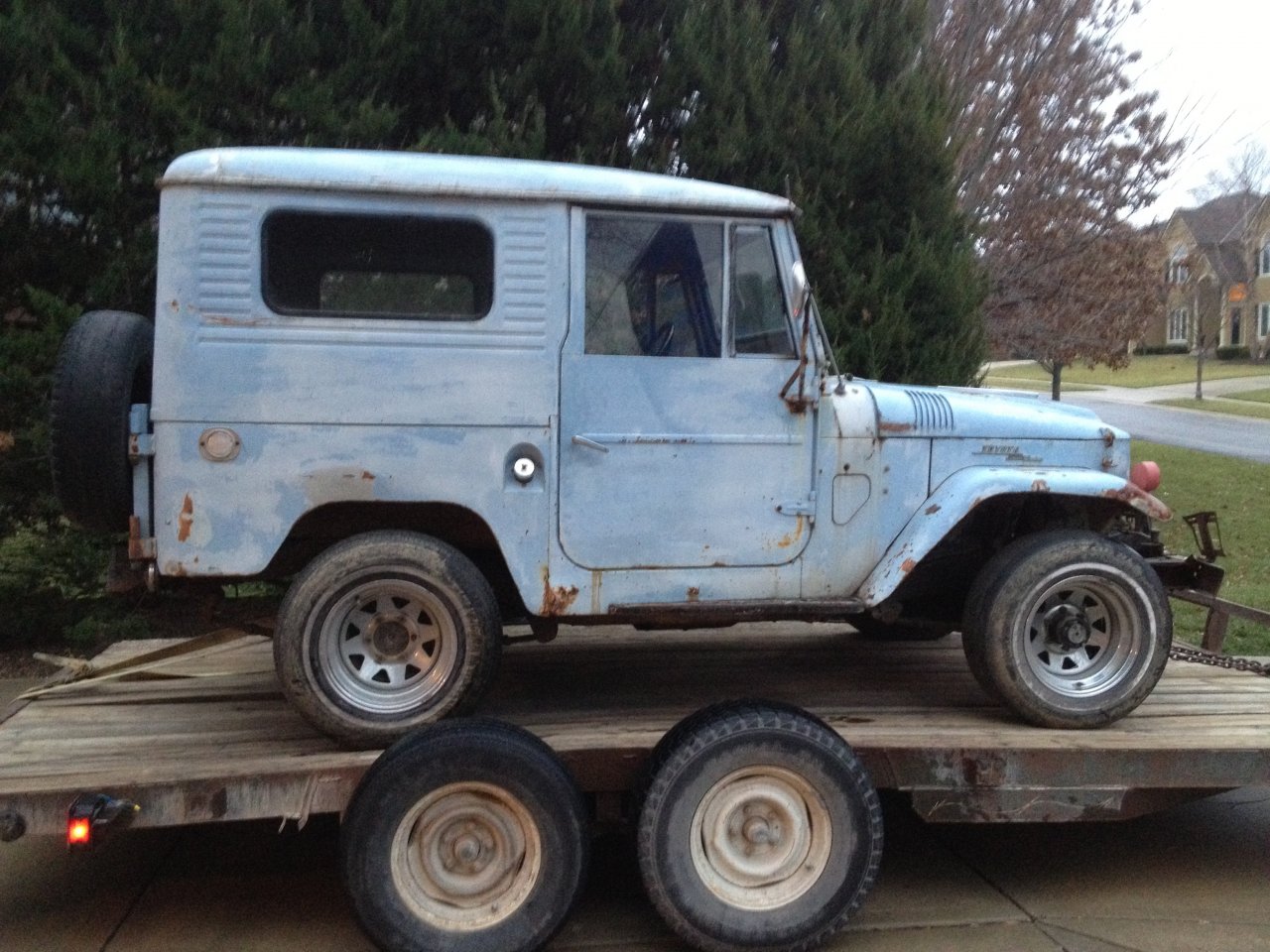 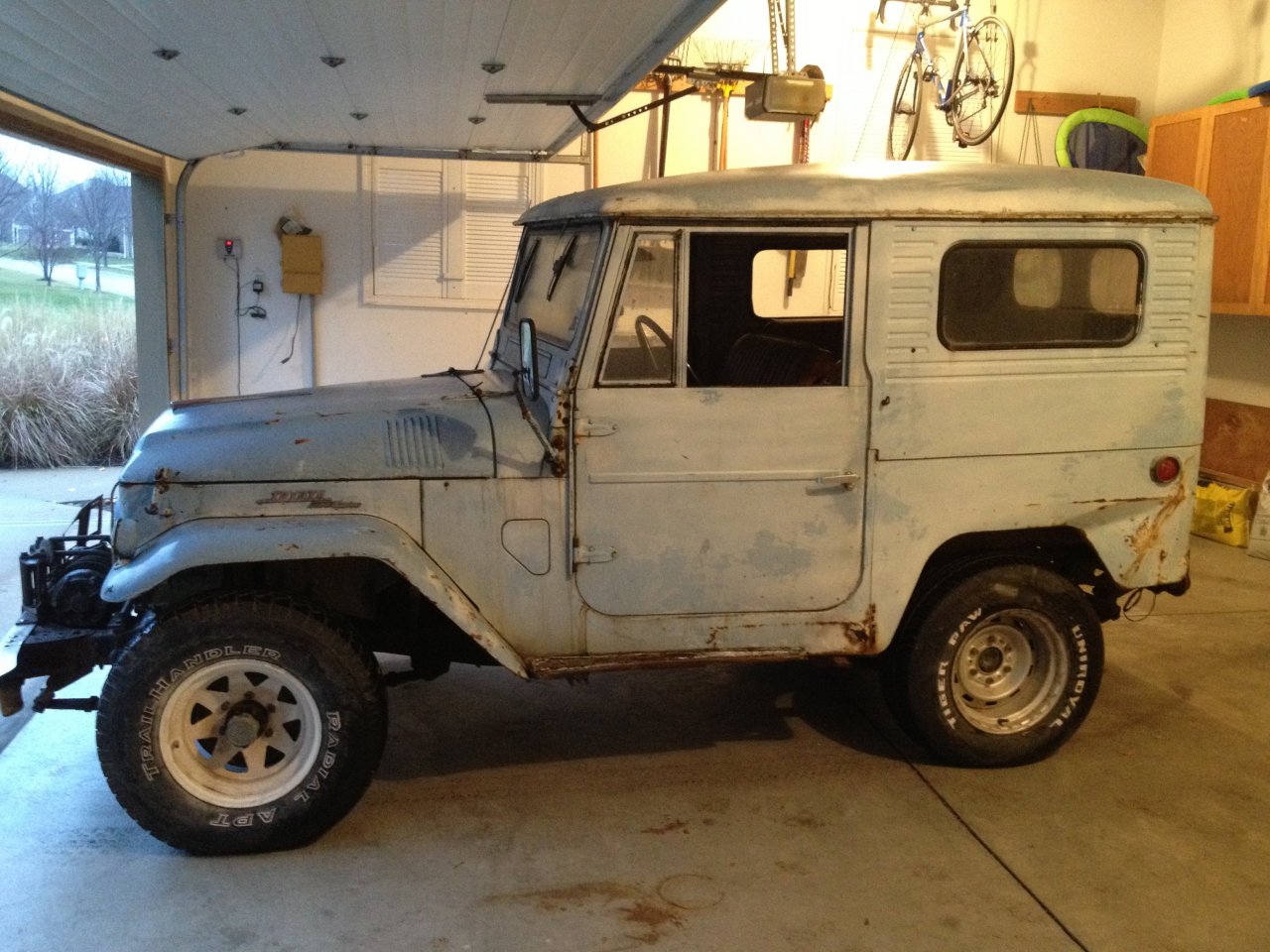 It looks like it's in good shape and a nice starting point. Looking forward to following the build.
Life is short, lets talk Cruisers.

2. Took off the hardtop and doors.

3. Wired up a $6.99 ignition switch from O'Reilly's to replace the toggle switch that hung in the footwell.

4. Took out the passenger seat so I could get to the gas tank. Removed the fuel sender and was surprised to find the tank was rust free and clean!

5. Cleaned out the fuel filter bowl and ran new line from the filter to the fuel pump.

6. Cleaned and lubed the choke cable so it would operate freely.

7. Ran a compression check. 4 cylinders were between 145 and 150psi, one at 140 and cylinder 4 was 130. The engine makes a ticking noise that I think may be a valvetrain (tappet?) problem. Hopefully that won't be a major deal. I plan to adjust the valves when I get my first shipment of parts from SOR and then recheck the compression.

Get ready to learn a lot!
Click to expand...

Now I'm stuck waiting for parts before I can proceed with the next steps. I decided today was the day to do a quick degreasing of the engine compartment and made an interesting discovery.

I received a shipment of parts from SOR that enabled me to resume work.

1. Rebuilt the clutch master cylinder. It took me a few tries to get it bled properly, but I finally got it done. Clutch pedal is now nice and firm and I adjusted it to factory pedal height.

2. Started the process of removing the wiring harnesses. Nothing on this vehicle works, so I'm going to do a complete resto of the electrical system. Got the cowl harness out and all the connections labeled.

4. Removed the instrument cluster and dash bezel. Cleaned all the instrument faces (letters and numbers went from brown to white) and painted the bezel with a metallic paint that seems pretty close to the old color.

Now for the hard part: I want to do a complete new harness with modern wire using the same color codes as factory so I can always use the standard wiring diagram as a reference. The only source I can find for the correct components is Coolerman here on IH8MUD.
I have sent him two emails and a PM through the site, but still no response for about 2 weeks. He hasn't posted for about that long on here, either. Does anybody know another way to get ahold of him? I would hate to abandon my plan and use wire that was not the correct color.
2015 URJ200 Land Cruiser, 1977 FJ40, 1994 Toyota Pickup Rock crawler
1965 FJ-40 Land Cruiser - Sold ;( 2013 FJ Cruiser -SOLD 1996 LX450 - SOLD
1965 FJ40 Project build
Aloha from Vegas 77 FJ40 5.3L Vortec/H55F Resto-mod
TLCA# 22255
3

Did you get the winch to spool in? That's another added bonus to have working properly.

. You have a great foundation to work with.
Project Sparkle Wrench

Got the wiring harnesses out today! I left the wiper harness in place. It tests okay and looks to be in good shape. 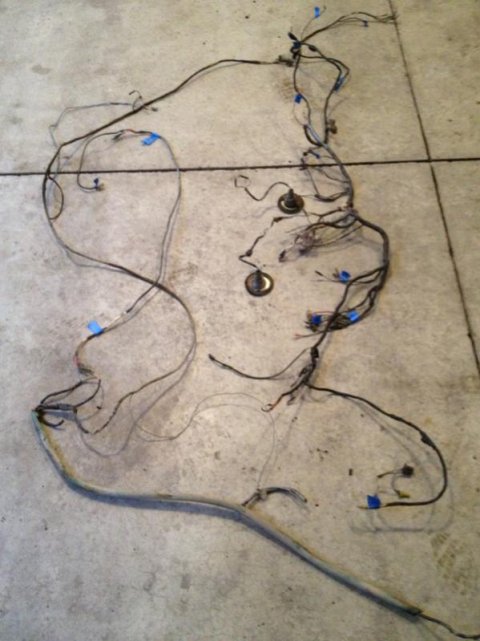 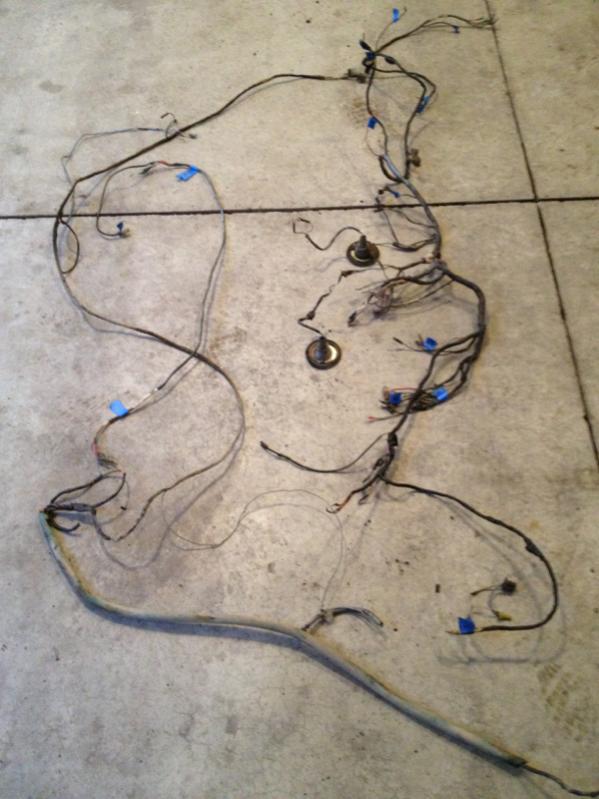 Jack of some, definately master of none.

I've got the main harness competely dissected and labeled. I used the Toyota FSM wiring diagram which was VERY helpful! The bib harness is very straightforward, it basically just connects the passenger side lights and horn across the bib to the driver's side. It should only take an hour or so to make.

The chassis (rear) harness is pretty simple compared to the main harness, but it is in much worse condition. The rearmost section is missing and was replaced by hillbilly wiring to include a trailer plug.

That's cool you are making it yourself. Good luck.

DAD2SIX said:
That's cool you are making it yourself. Good luck.


They are parking lights (nothing works on my FJ currently!).

Nice looking rig! I am currently looking at a '66 just like yours. Best of luck with everything. I'll be watching so I can catch any pointers just in case I get mine.

I put the instrument panel on the kitchen counter so I can admire it while I wait for everything else to come together. 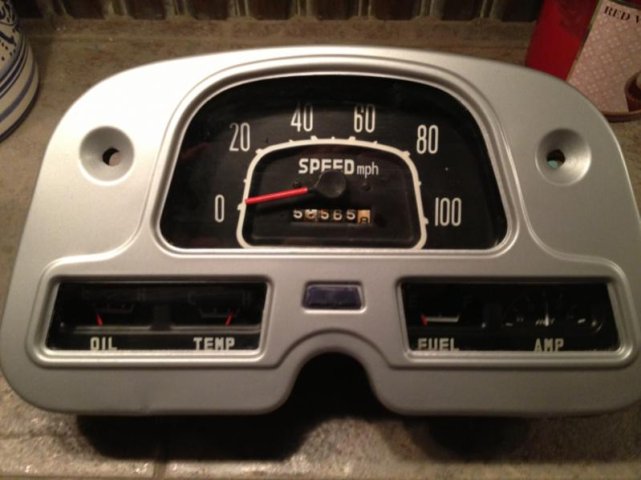 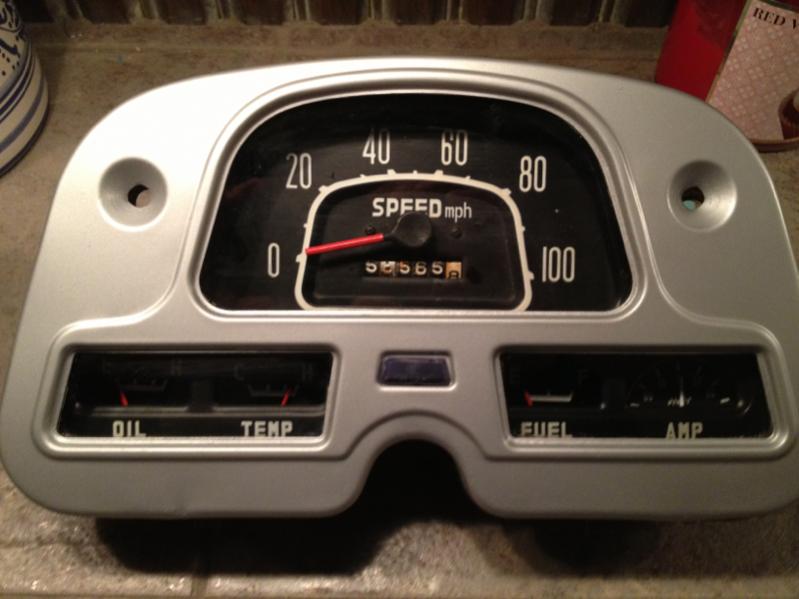