Well gang, this sucks. I'm not just selling the LC; I'm selling part of my soul. This is the ad I posted to Craigslist but I'd prefer to see the rig go to a true 80-lover. Please read and forward if you know someone who's interested. More pics are available on the CL ad: 1993 FZJ80 (80 series) Land Cruiser

Located in Evergreen, CO, about 40 minutes west of Denver off I-70.

The time has come to sell the legendary Green Chile. Named for the savory source of a particular aroma that permeated the vehicle during a trip to Moab, the Green Chile has taken all comers and thrives to tell its tales. I’m in the process of starting two new businesses and the Chile is just the wrong vehicle for me for now. I hate to let it go, but he needs to be able to explore and stretch his capable legs. I won’t have the time to do that again for a long time.

If you think you’re boss enough, the Green Chile will take you anywhere and bring you back in style. I’ve had it for a few years and I have either personally done or carefully supervised the addition of all the badassness the Chile has become since its dowdy bone-stock days. Here are the details:

I’m meticulous about records on the vehicle. As the pictures indicate I have a binder with every significant receipt for every expense and improvement to date. I don’t even want to add it all up but you might find it an entertaining read. I’ve done all the expensive stuff for you already.

Some of the improvements I’ve made within the last couple of years include:

· …and I’m sure there’s more that I can’t remember. It’s all in the black binder, though.

The Green Chile suffers no fools and puts up with nothing done half-assed. Much of the work I’ve done myself with genuine Toyota parts from Stevinson West. Every gasket, seal, or working part I’ve replaced either came directly from Toyota or was an upgrade from Nitro, Cruiser Outfitters, Slee, or someplace similar.

If the Chile blew your mind before, it gets even better. Since I’m getting out of the offroad scene for the foreseeable future, the buyer gets a pantload of spare parts and accessories, including:

· Toyota Factory Service Manual both printed and in PDF (for 1996, but it’s the same)

· Toyota Factory Electrical Wiring Manual both printed and in PDF (again, for 1996 but still really helpful)

· Complete records from my ownership

· Red “Hi-Lift” jack with pad (for use on soft ground)

· Original factory rear seats (one is installed; the other is stored)

· Original factory rear cargo carpet (I removed it for offroading to keep it from getting funky.)

· …and again, more stuff I can’t think of right now.

Now before you blow up my phone thinking that the Chile is perfect, there are a few things you should know:

· I built this baby to drive it offroad, not to take the wife shopping. The Chile has done the Moab Trifecta, Fins-n-Things, Hell’s Revenge, Kokopelli’s Trail, Rose Garden Hill, and bunch of other Utah trails. He’s done Holy Cross, Wheeler Lake, Slaughterhouse, Imogene Pass, Black Bear Pass and more trails in Colorado than I can think of. Because of his experience, the Chile has plenty of “desert pinstriping” and a few lingering bruises from bumping into immovable granite or sandstone. He shines up pretty well but nobody is going to mistake him for a prissy JKU or FJ Cruiser.

· Because I offroad it, I disabled the ABS so that dash light is on. The tone rings are off (they will come with the original axle and Birfs) because if you’ve ever been nearly vertical on granite, the last thing you want is the ABS to kick in an pulse the brakes. That’s a good way to meet your maker, and I’m having too much fun here first.

· I removed the front sway bar, too. 80-series don’t flex much because of the way the solid front axle is designed, but removing the sway bar has helped. The downside is that the Chile leans into corners. It’s not a big deal; I’ve driven it daily for two years with the bar off. Just know it doesn’t handle like your Camry.

· After 23 years of faithful service the leather is beginning to show its age on the front seats. There are no tears in the leather, but a couple of seams are starting to separate on the driver’s seat. I’m not a big guy so I’m not hard on seats, but that will need attention at some point.

· The Chile is also showing a little surface rust around the windshield and a few blisters on the rear hatch. No rust through and a pretty easy repair. I had planned to fix that when I did the windshield.

We can talk more about the rig if you’re serious. As they say, “everything is negotiable” but let’s not waste each other’s time. If you’re not ready with an offer that’s pretty close to the asking price, this isn’t the vehicle for you. I’m not in a hurry to sell but I’ll send the Chile home with the right buyer who is ready to try and tame the monster.

I really don’t like Craigslist because there are a bunch of scammers and phonies out there. I’m good at spotting them so if I get an email, call, or text that looks suspicious or an invitation from some knucklehead who wants to “help me sell” my car, I’m going to delete it. I’m not going to ship it, and I will ONLY deal in cold, hard, American cash. No Western Union, no checks, no Monopoly money, no trade for goats or “personal services.”

But I am interested if you have a very nice Subaru Legacy GT with low miles and a manual transmission. That’s the car that will replace the Chile. Bonus points for you if you have a wagon, but that’s not a deal breaker.

Don’t email through Craigslist because their email exchange is crap.

Forum folks can message me and I'll try and keep up with the threads.
Call or text me if you’re seriously interested. 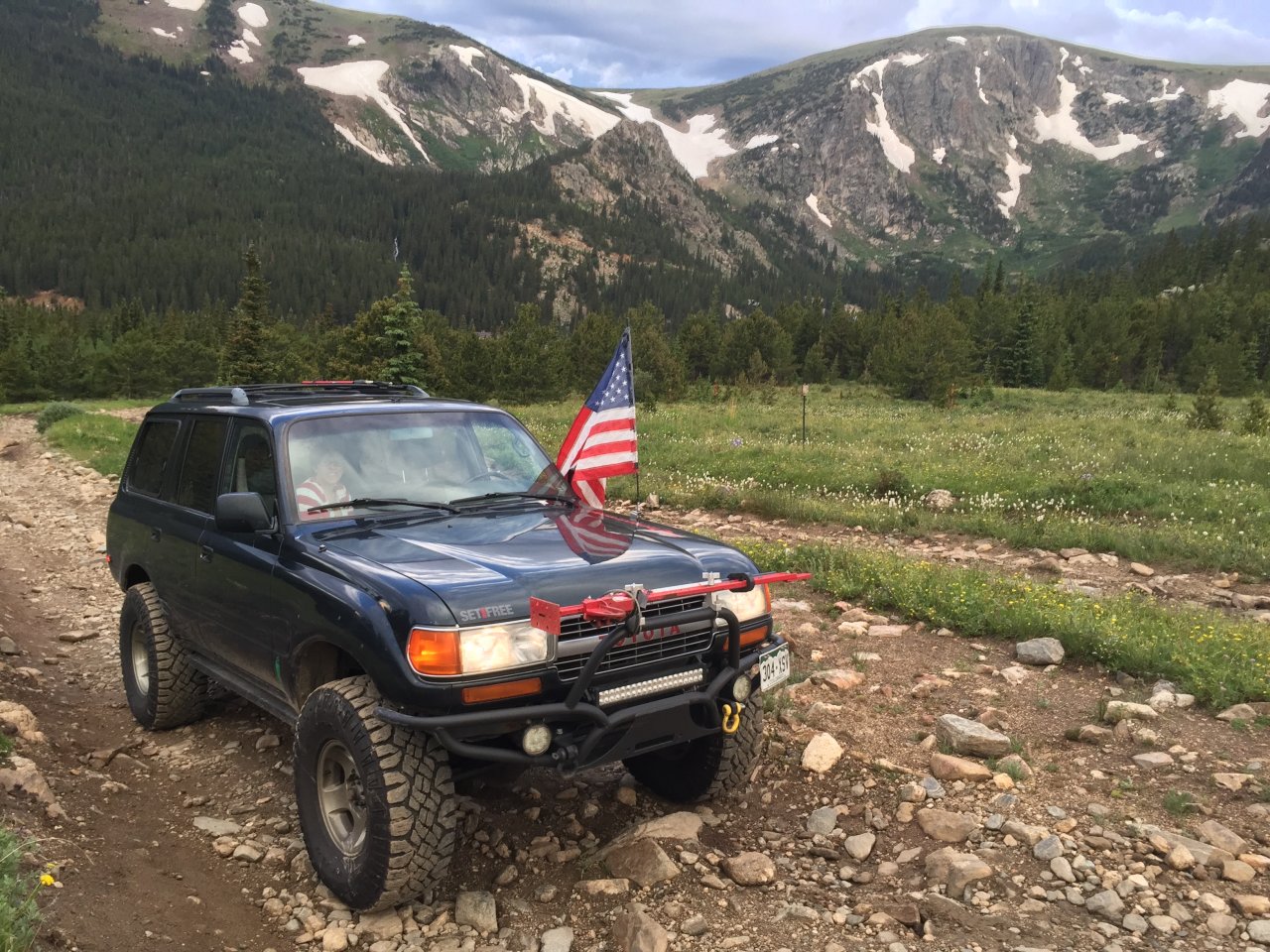 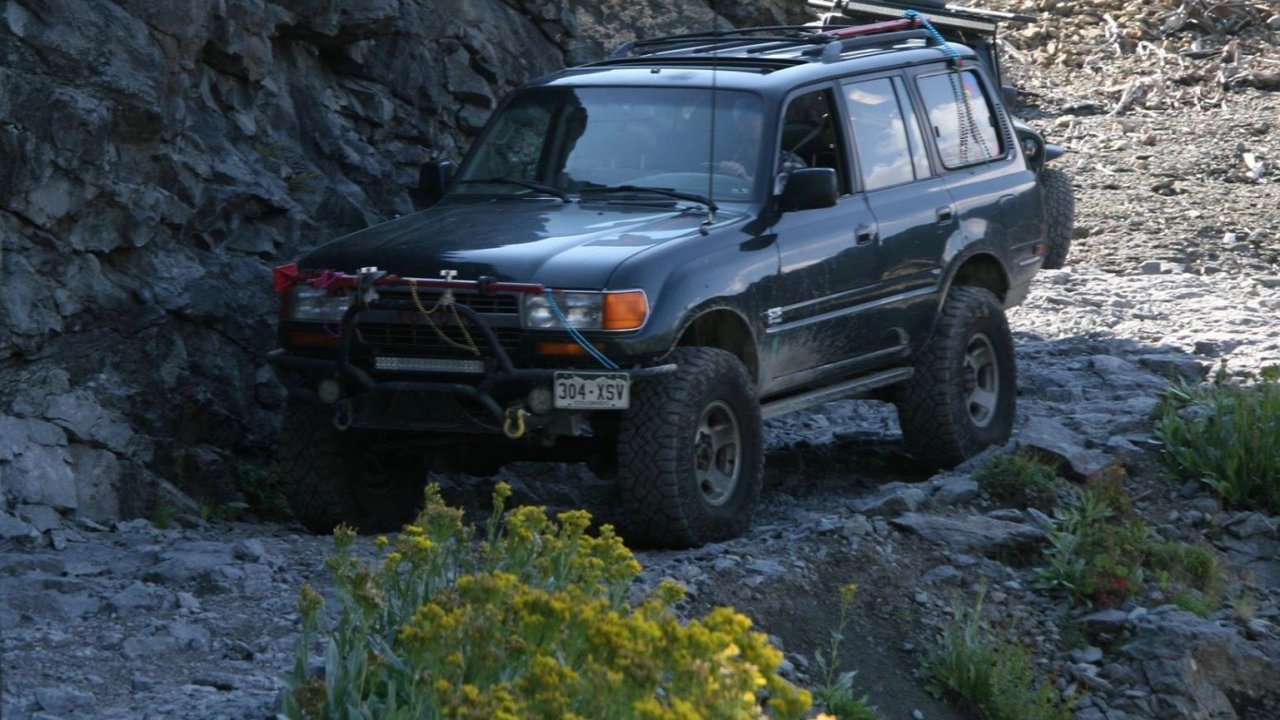 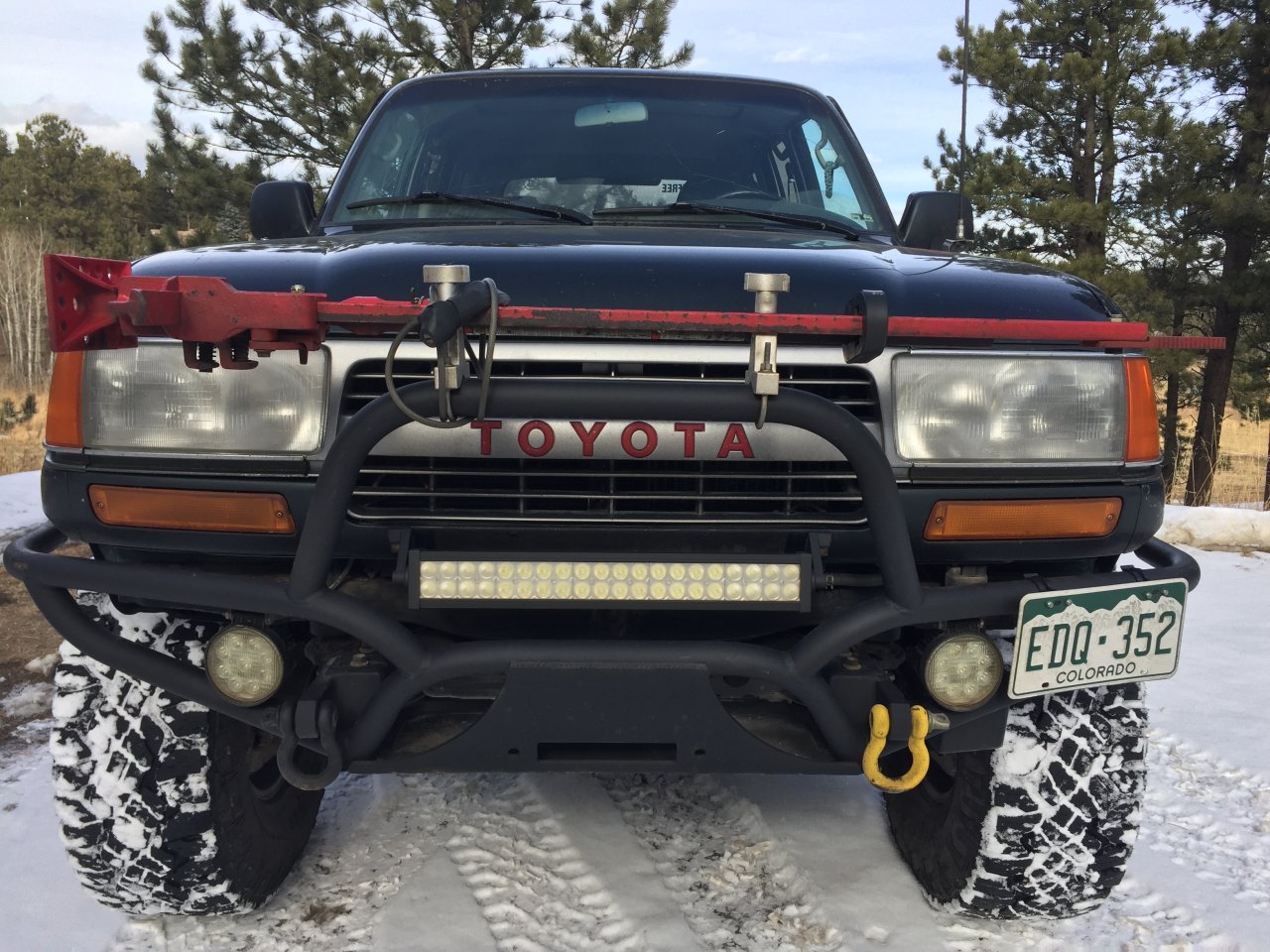 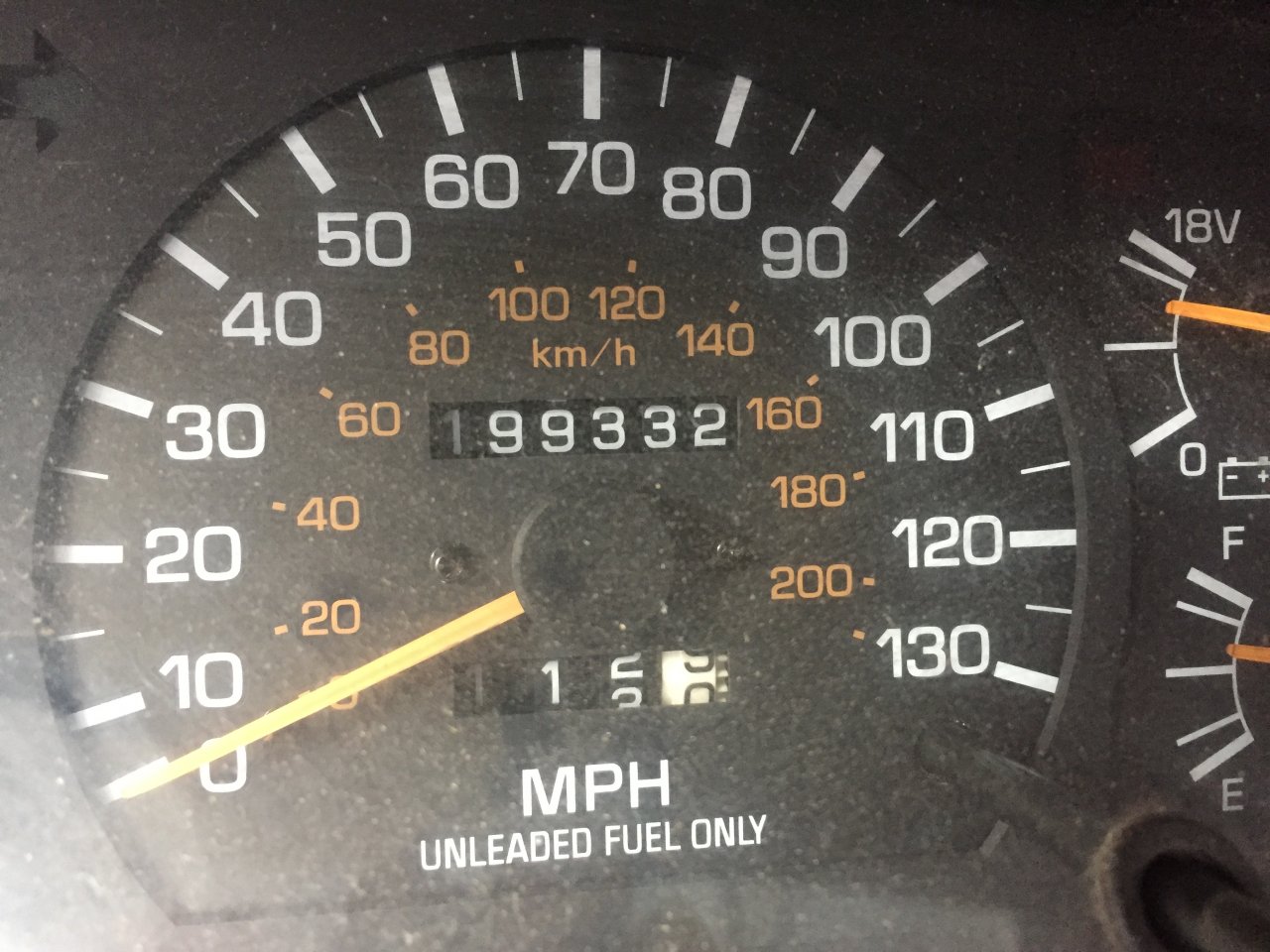 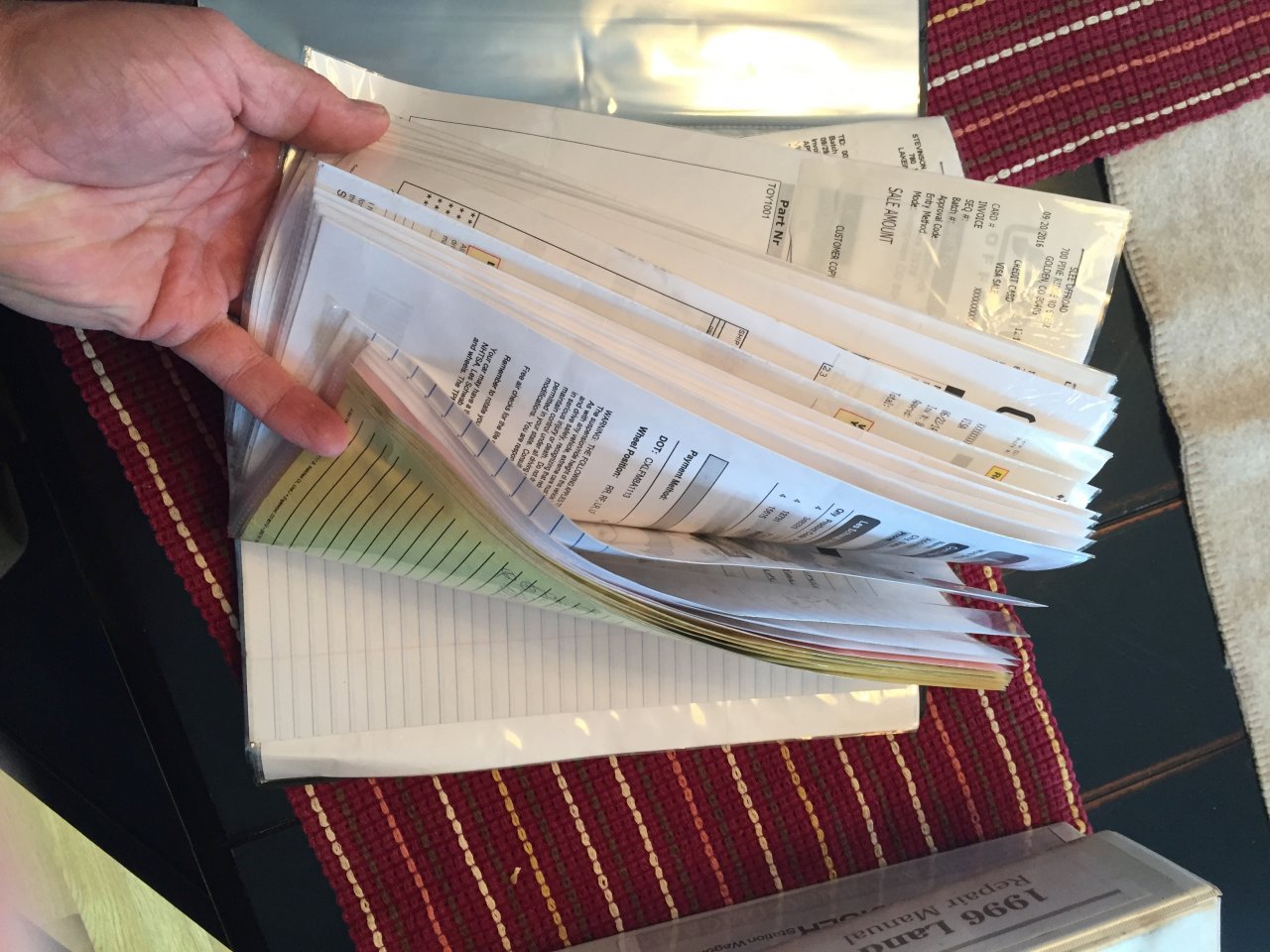 Has the head gasket been done on this yet? Craigslist ad is expired, do you still have it? Any pics of the inside...seat condition, cracks in plastics, etc?

Nope. SOLD!
You must log in or register to reply here.

B
For Sale 1991 Land Cruiser listed in Asheville, NC

For Sale Most Recent 80 Series Prices
2 3

B
For Sale 1991 Land Cruiser listed in Asheville, NC

For Sale Most Recent 80 Series Prices
2 3