It’s time to down size, much to my wife and kid’s disappointment. I am selling a 1984 FJ60 with a 4BTA Cummins in it, the conversion was done by Proffitt’s cruisers in 2007. It has a 700r4 tranny. They swapped the engine and tranny only, no body work. (I called them last month to check the current price of this swap and it’s $40K) When I got it back, I took it to Cummins West and they checked the engine over and replaced the injectors and tuned the fuel pump back to stock. It runs great. The rest of the truck is Toyota. The motor was rebuilt by Recon in ’98 and had 100K miles when I bought it; I put @18k miles since then. The next tune up is in 80K miles. I just had the oil changed two months ago, along with the oil and filter, I always have them replace the fuel filter with the oil change. I made an air filter box for under the hood and it has a Specter 10” diesel cone filter in it, I have a spare filter also.

The interior is in okay condition. The seats are firm, I put covers on them instead of upholstering them so I could wash them. I put Dynamat down throughout the cab, in the doors, and the front fenders. I painted on sound dampening under the hood as well. I replaced the carpet with something more durable from Home Depot. The dash is cracked, I never had the b@@$ to tackle it, but everything in it works. The headliner is intact but has a rip in it over the bed, curiously, from the Tranny I send along for the conversion. It has a Tuffy box with a Kenwood stereo in it and four speakers. I put in a 14” Grant steering wheel. The gauges were modified to work with the engine, and it has turbo and boost gauges as well. The speedo was not upgraded, so the truck’s going a little faster than it says- about 12%.

The body has some minor bumps and scratches. I had it painted 5 years ago and at that time had some rust in the roof repaired. Unfortunately, the rust in the roof has returned and can be seen in the A pillars also. The roof will need work, and possibly replacement ultimately.

It has spring over with Rancho shocks, high steer kit, custom rear bumper with a 2” receiver in the back. I have a bike rack that works with the receiver hitch. The wheels are Pro Comp and the tires are 33” Cooper Discoverers STT’s with about 70% on them.

I had the swap done for the fuel mileage and so I don’t have to do the smog inspection dance in CA. It has been driven, used for camping, skiing and getting to the surf, and it’s been well cared for. I had a local shop do the maintenance, SF Auto. I replaced the motor mounts 2 years ago. I ran Bio diesel in it until the state made it illegal so the engine is clean and runs smooth. The plan was to re-tune the engine to pump up the output, but I never got around to it. It’s a solid truck ready for more adventure.

More photos available, email if you have something specific in mind. 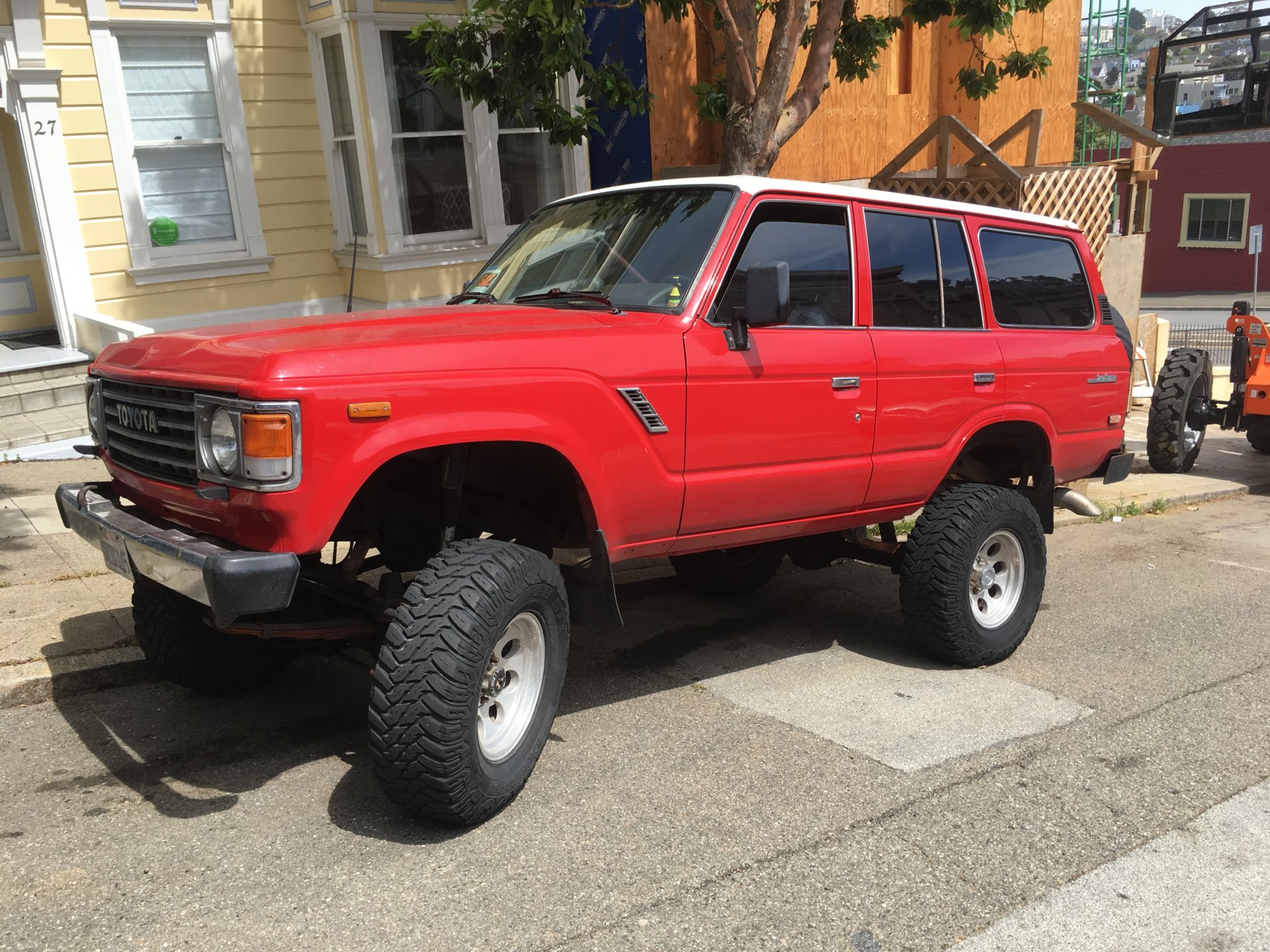 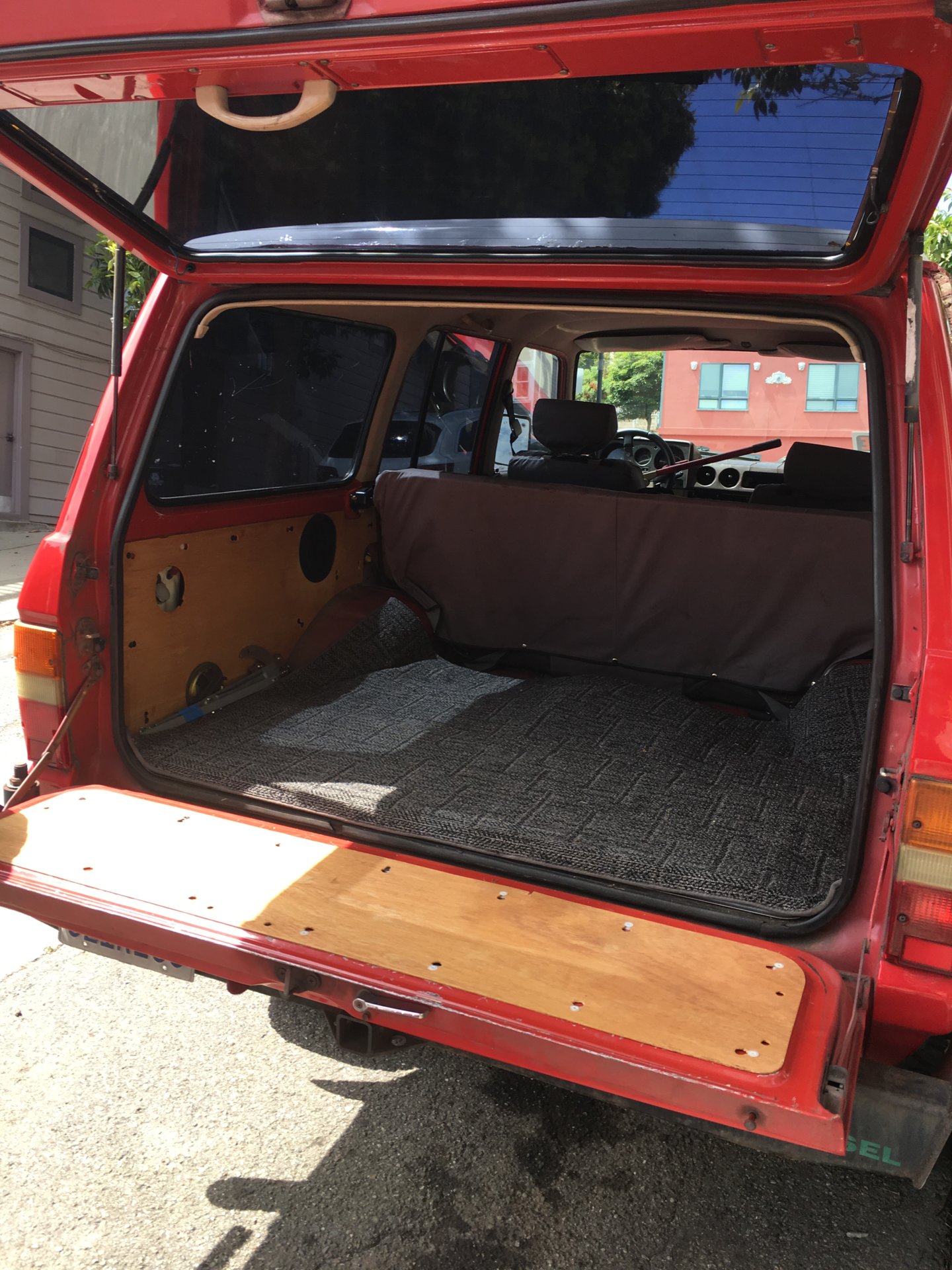 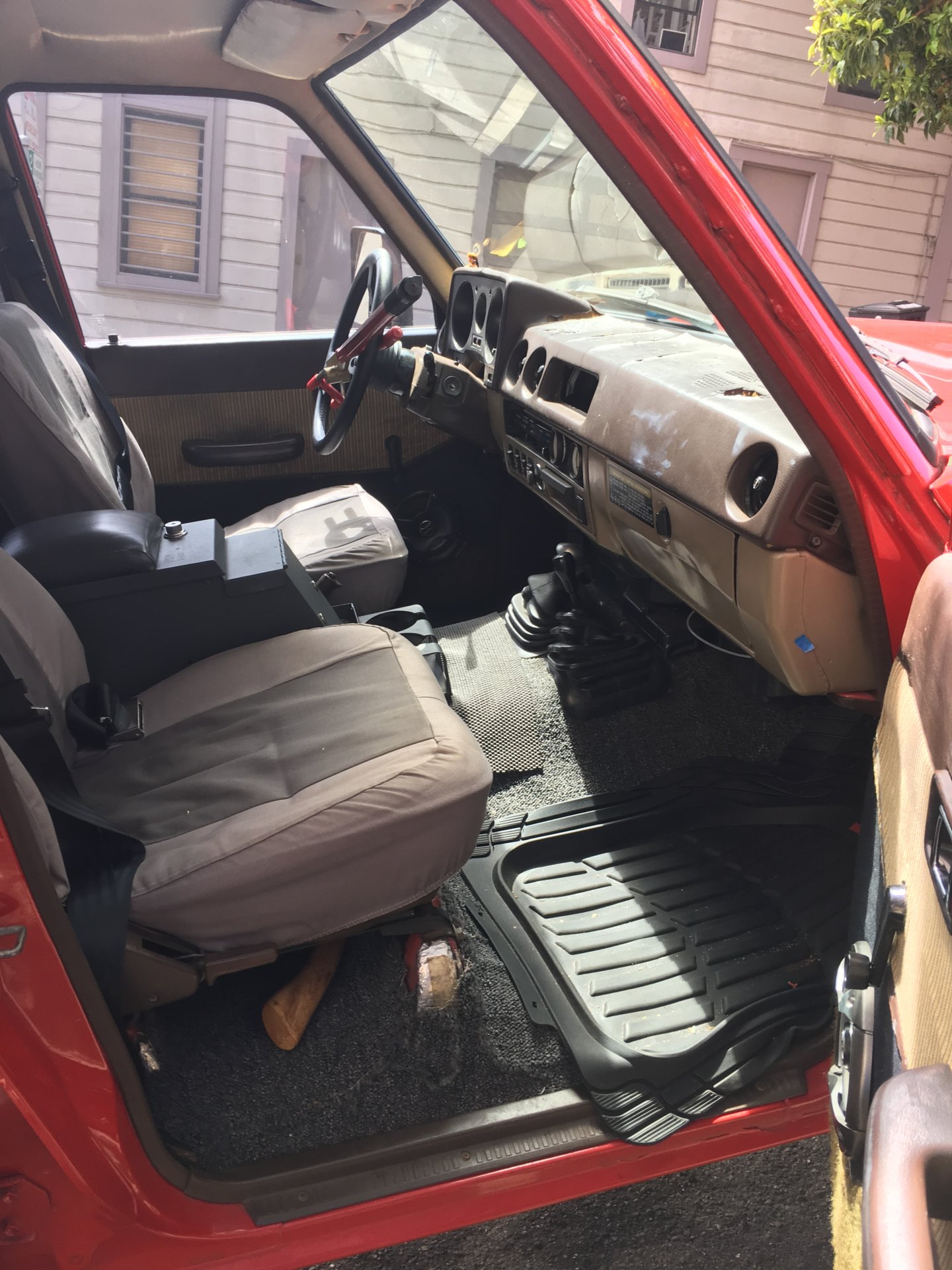 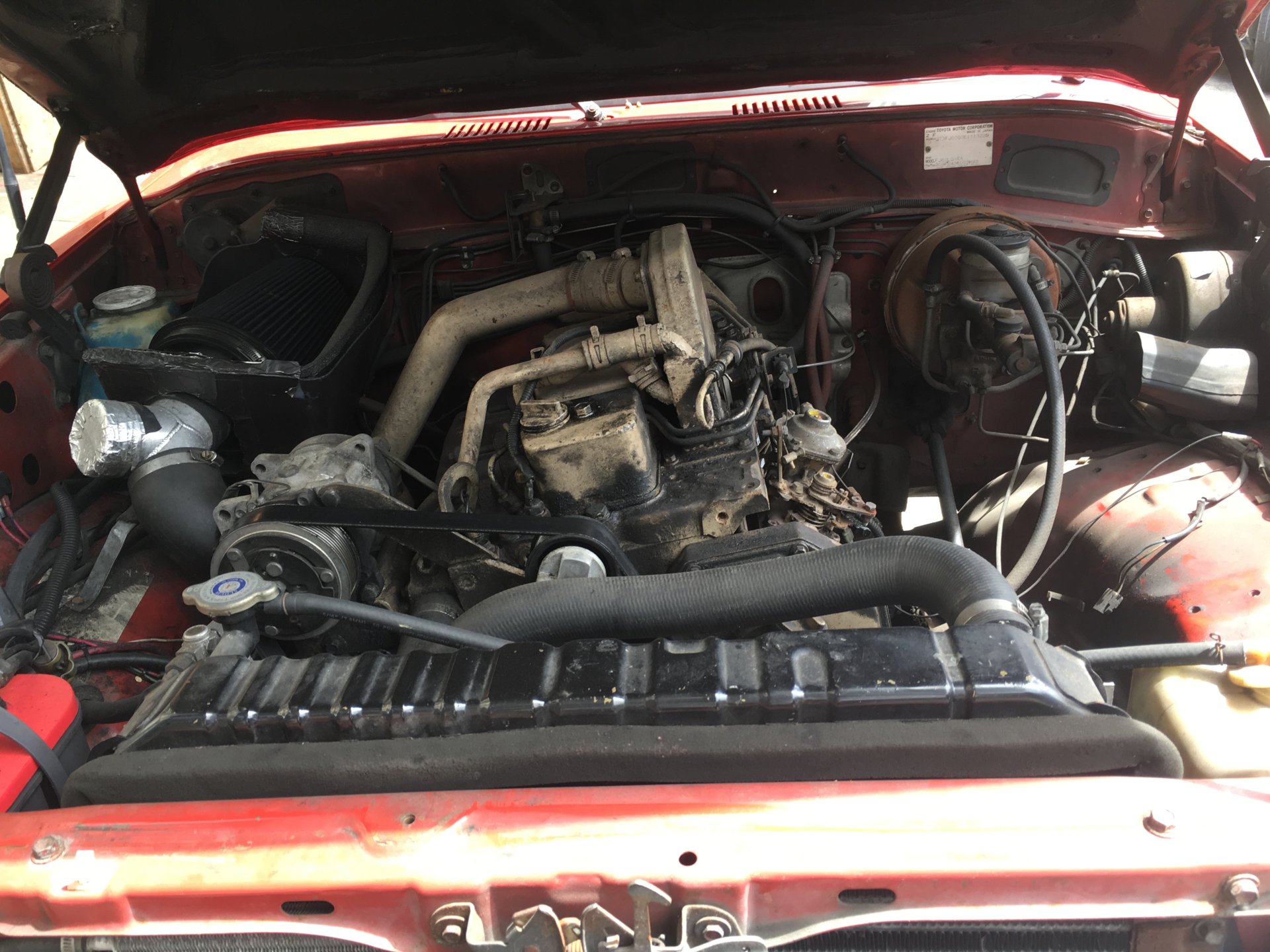 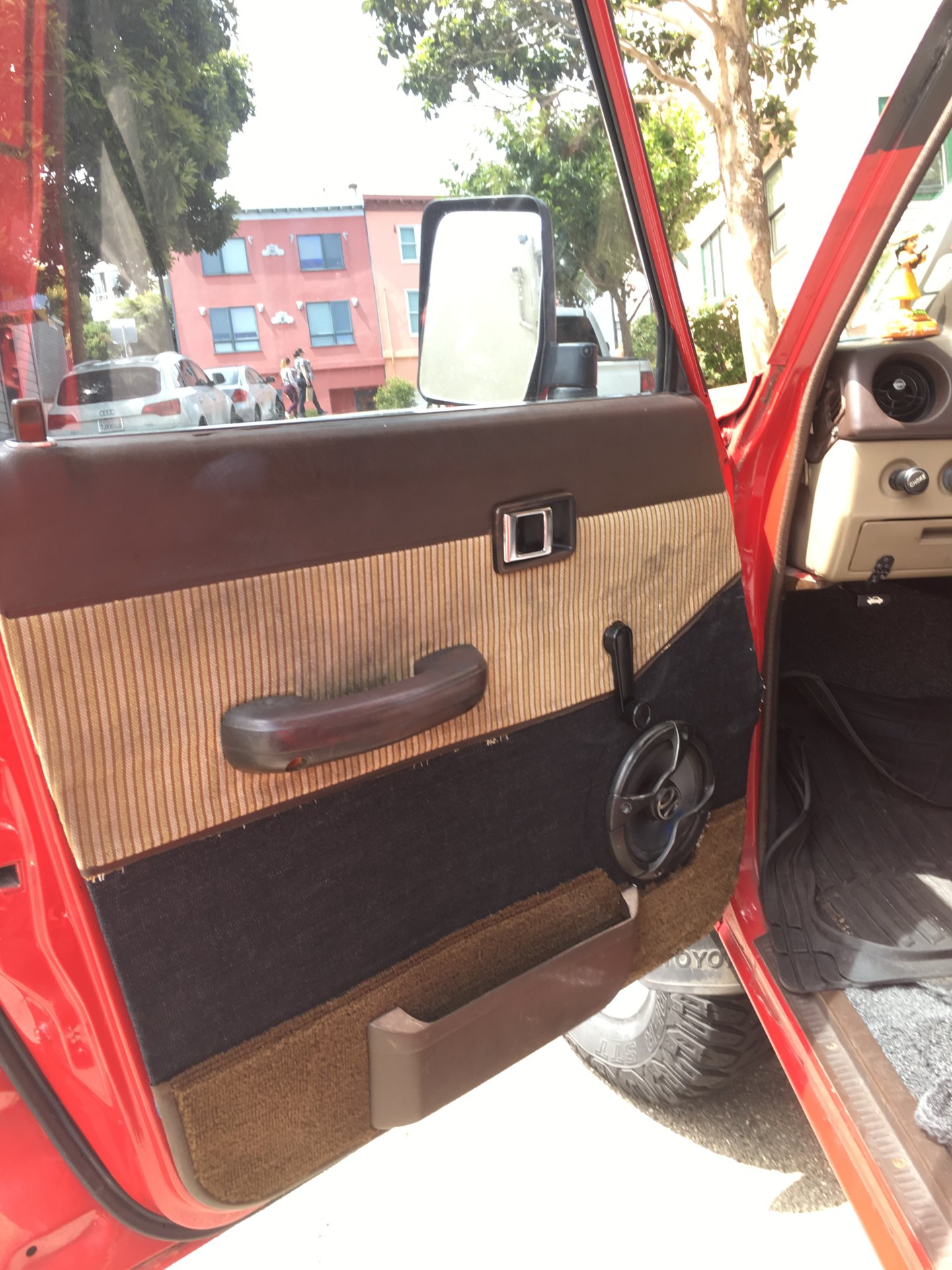