I guess its my turn, so here goes. FIRST of all, I want to thank " Team Mud ", reguardless if you were a question asker, or answer'er. I've learned a whole lot, and attempted/finished more on this truck because of Mudd than I ever thought. Enough of that, now on to my Cruiser. I bought my first Cruiser just out of HS, back in the mid 70's. It was a '67, with a 283, and Kayline soft top. I put a Saginaw p/s setup on it, and the mandatory ( at the time ) Armstrong Tru-Trac's. Had a couple more with the 6, stock '66 model, and a '74 that got modded, curtiosy of Downey Toyota. Fast forward about 20 years, and I get the fever agin. I found Mud thru Pirate, looking in the mini section for stuff of interest for my 4 Runner. I had a pretty good idea what I wanted, so watched the classifed's here, Pirate, and E-Bay. I wound up with a '77 model, that came with an Advanced Handeling kit SR, a lift of unknown mfg , 4 WDB, aux fuel tank in rear, full cage, Auburn LSD in the rear, good body and paint, and your typical rusty spots. I've had it roughly 2.5 yrs now, and have done a few " mods". First I flipped the brackets on the SR, along with the springs, added Scout p/s and drove it that way for awhile. Went to Flat Nasty, and discovered my suspension sucked, and wound up with a Smoky Mtn kit from TPI. Lots better. Rode in Mike Costello's truck at Flat Nasty, and thought " hey, these SM 420's are kind'a cool ". As luck would have it, my brother gave me one out of a '66 GMC, so that got the wheels in my head turning. Swapped my 4.11's for some 3.70's, added an Aussie in the rear, and moved the Auburn to the front. Redid the front with mini knuckles and arms, as it needed it anyways. So with the exception of the 420, and my spare case I'm rebuilding, here's some pic's for your viewing pleasure. Hey, if your up in the Northwest, and can shed some light on this trucks background, PM me 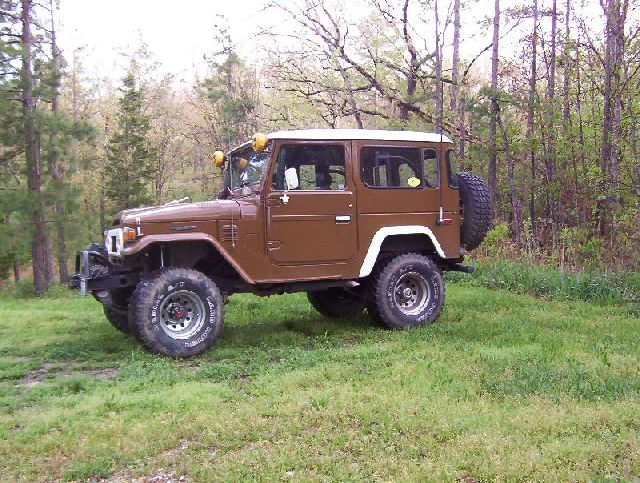 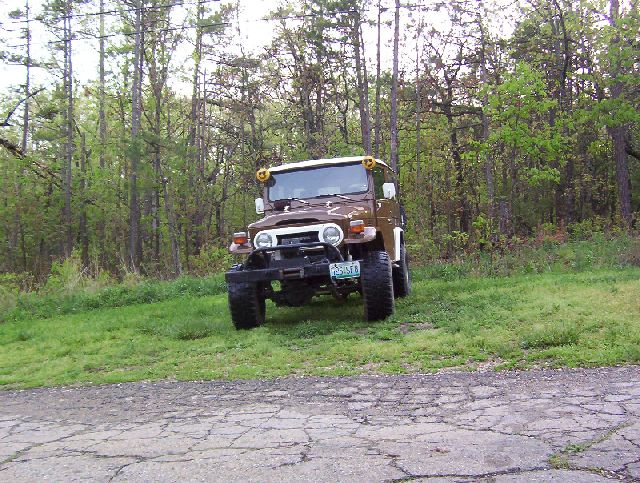 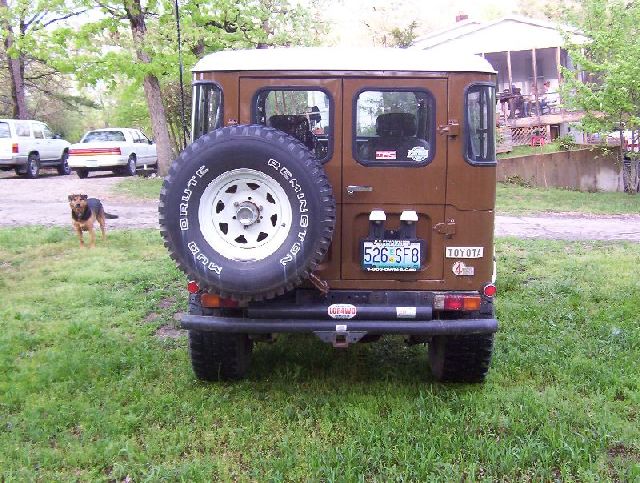 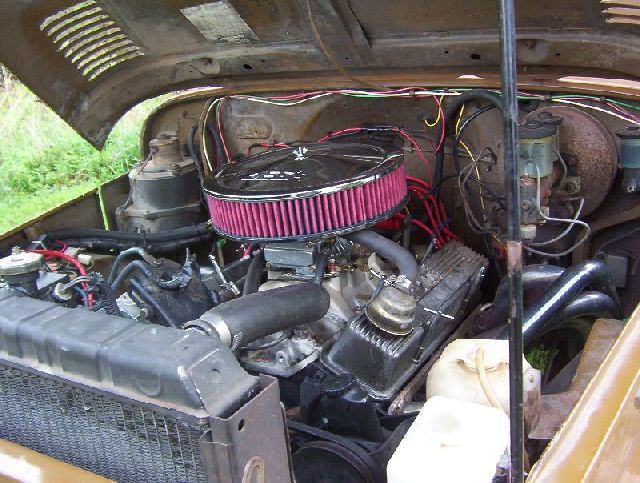 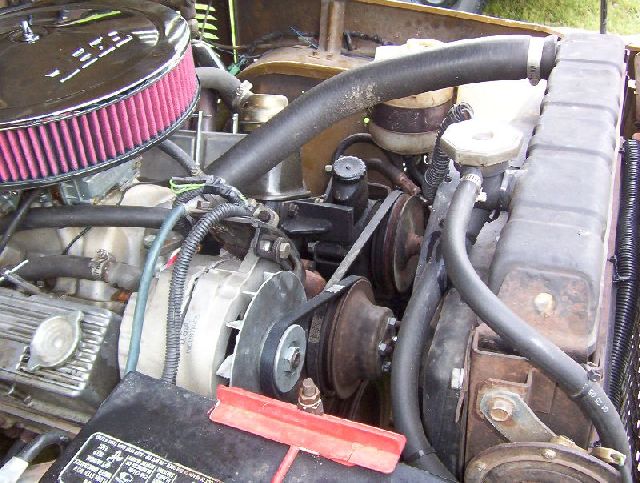 Smoky Mtn 2/4 kit for shackle reversal. Showing shackle angle mainly. Expect them to settle some in time. TPI's kit ( Belton Spring ) moves the rear some to center in the wheel well. 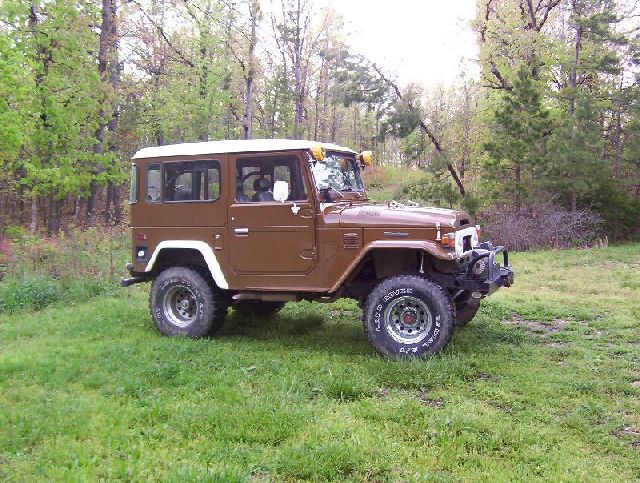 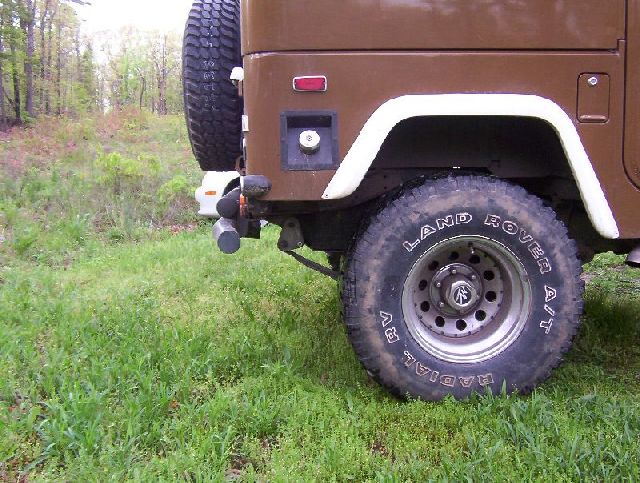 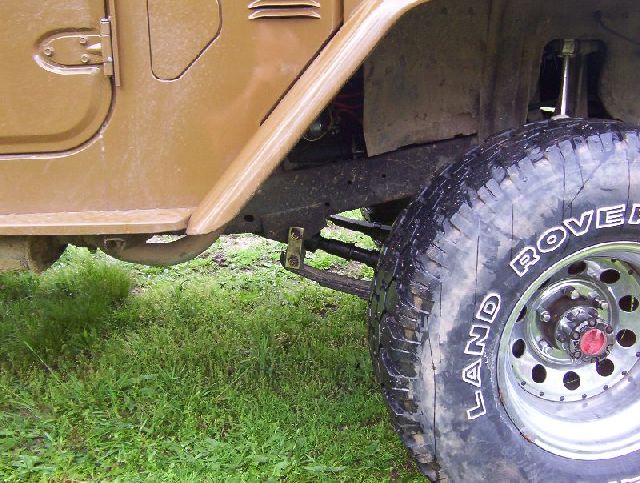 Haven't done much with the inside. Put a CB in it, and pulled the heater 'cause it was leaking. Its on the list. 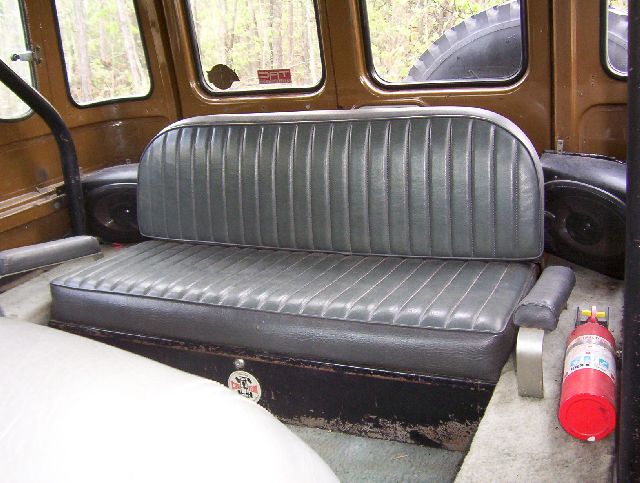 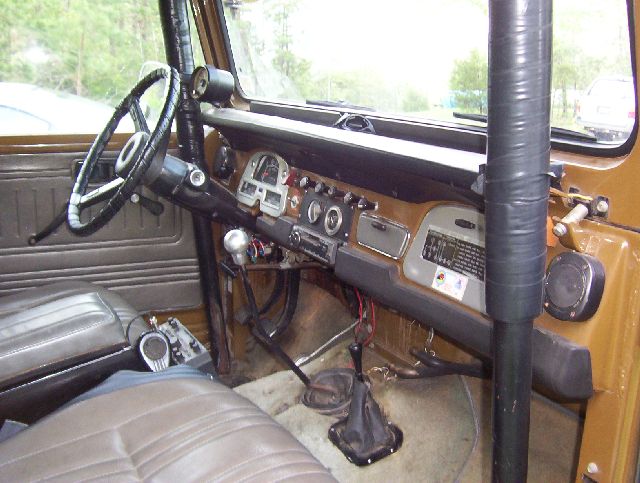 Here's something I'm fooling with off and on. With 3.70's in the diff's to cut hiway RPM, this will be my low gear option. Pic's for Scout box didn't go thru, something about bmp files. Well, there it is, you can laugh now . See 'ya, Al 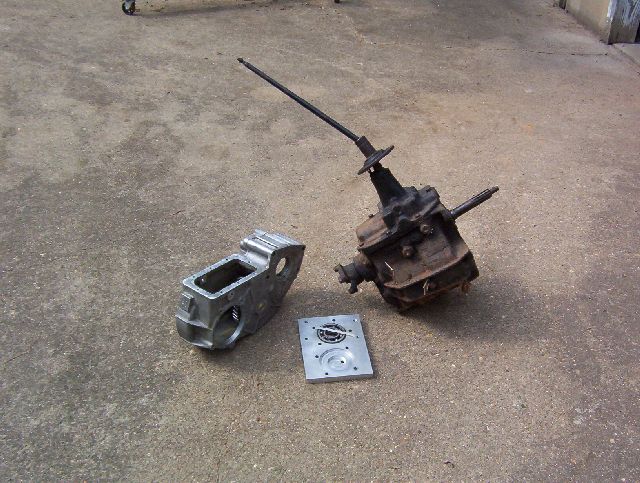 ...and thanks for posting it.

Why would you worry about anyone laughing? That is a real nice rig. I would get laughed at because my 40 is in storage

and has been for longer than I will say.
Kevin

Now I need to catch up with you!

Your rig is in great shape, mine is no rock crawler either. Looks great.

I'm laughing because that thing looks like a beauty compared to mine!!
Nice job on the rig of the week!!
1978 (mostly) FJ-40, lift, 2F, bigger tires and custom swiss cheese body panels to reduce weight!
Various other toys 87 4runner, Motorcycles Ducati and Triumphs with an old Mach III in the mix. 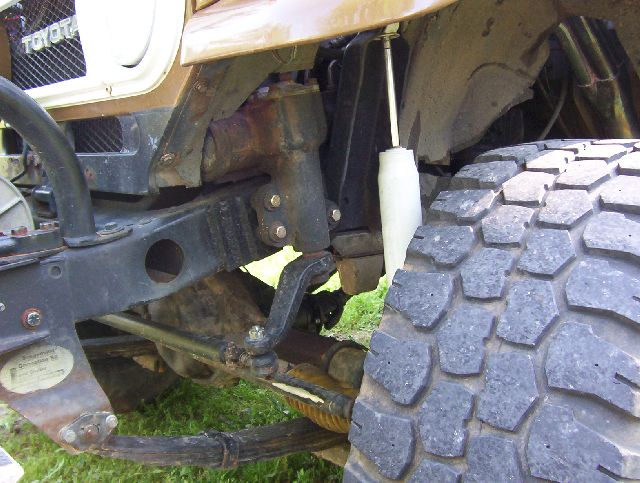 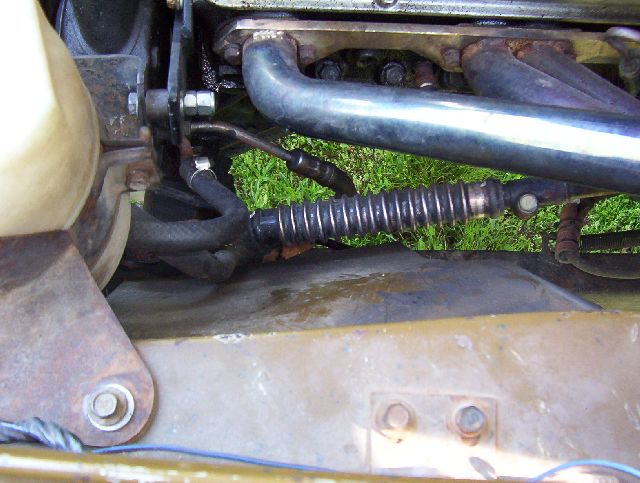 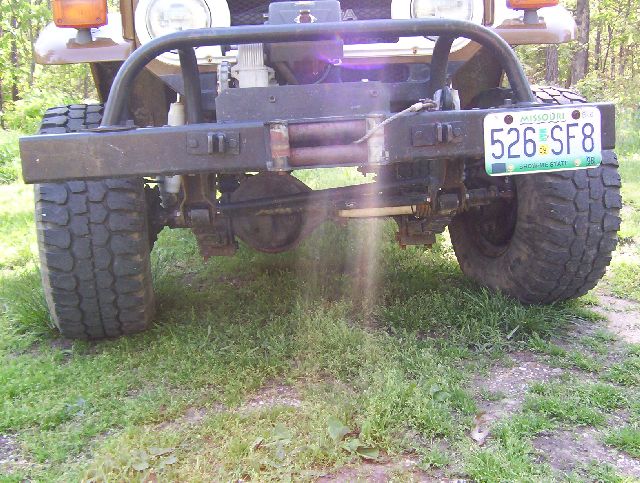 Location
Nakusp, BC - in the west Kootenays

Nice looking truck. Way better shape than either of mine. Looking at the picture that shows your front driveshaft, it looks to be extended about the same as mine. When I picked up front end of my truck by the bumper the driveshaft almost came apart. I suggest you try it, you might be suprised. Flexing isn't a problem because when one wheel goes down the other goes up (relative to the frame) and the slipjoint doesn't move much. With a SR the axle moves forward when it moves away from the frame, so the front driveshaft usually has to lengthened. Try not to get any front end air until you check it out.
Wayne

HELP! I don't have enough fiberglass to rivet my roof cap to the rain gutter