Last week @wngrog finished up Project Mustard. It turned out fantastic and I absolutely love it. That project was very much an impulse buy - I woke up one morning and decided I needed another project and it just so happened that @thecrazygreek had listed the Mustard for sale. Well....as Nolen was wrapping up Mustard I started to get the impulse to start another project.

A week or so ago Nolen sent me a for sale ad on a 1964 short bed fixed top 45 series. I initially scoffed at the idea but the truck sort of stuck in my head. It would not go away. So as I was packing to fly over and pick up Mustard I decided to shoot @LeRoy Cordova a PM and see if we could chat about his 45. The following morning I was sitting in the FBO waiting on the weather to clear to fly while striking a deal with LeRoy to buy his 45. LeRoy probably thought I was crazy. He is absolutely correct.

Yesterday I flew down to check out the truck....it’s lovely btw. LeRoy is such a great guy and I’ve assured him I will overspend if necessary to ensure the truck can be returned to its original condition. Tomorrow a colleague is going to haul the truck from Boca Raton, Florida, over to Nolen’s outpost in Mississippi for probably my most ambitious project to date.

Here are a few photos of the truck from our impromptu meeting yesterday. Leroy was kind enough to drive the truck down to Signature Flight Support at the Boca airport for a quick viewing before I went to lunch with a client. This thing is an absolute gem. 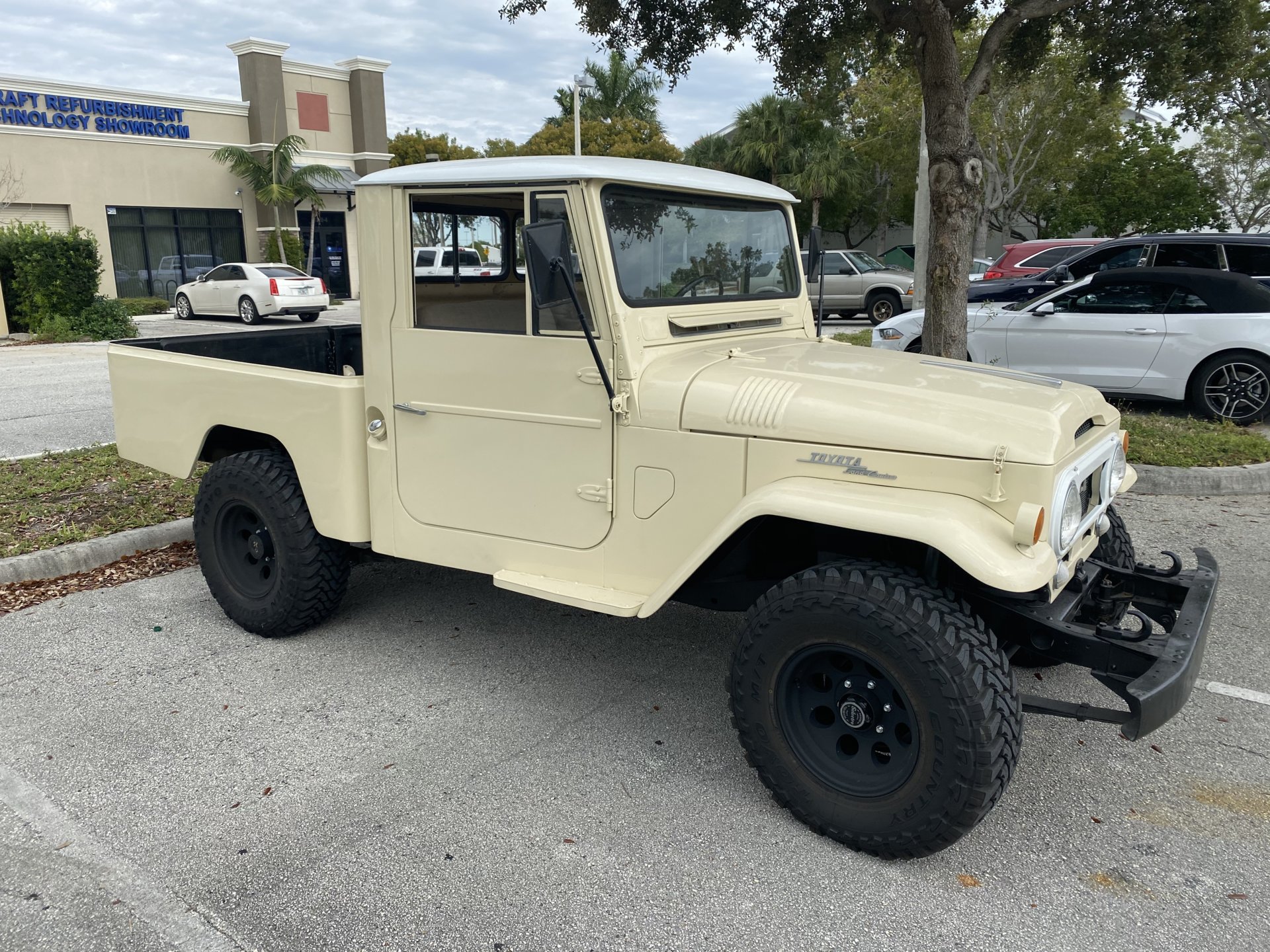 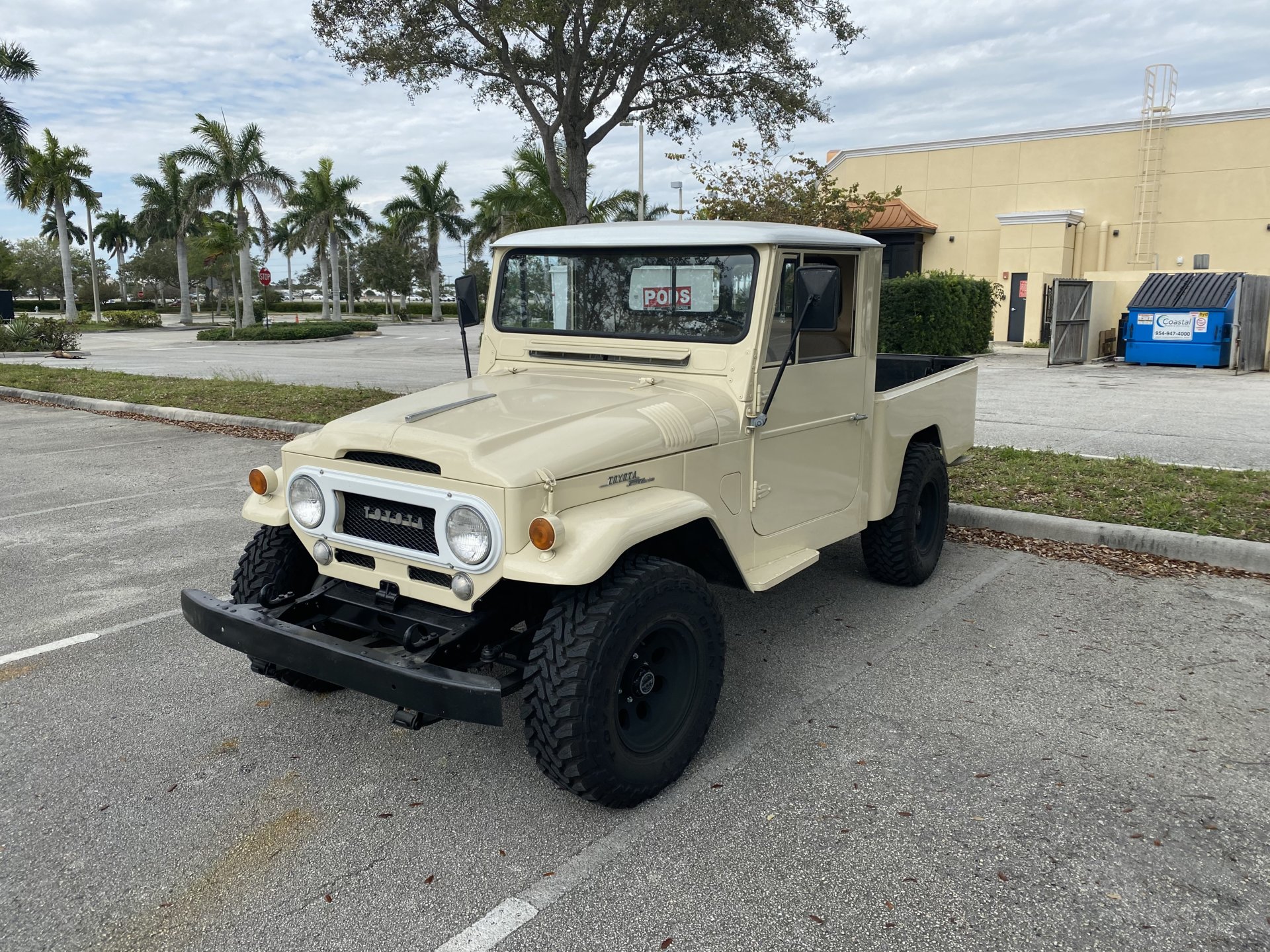 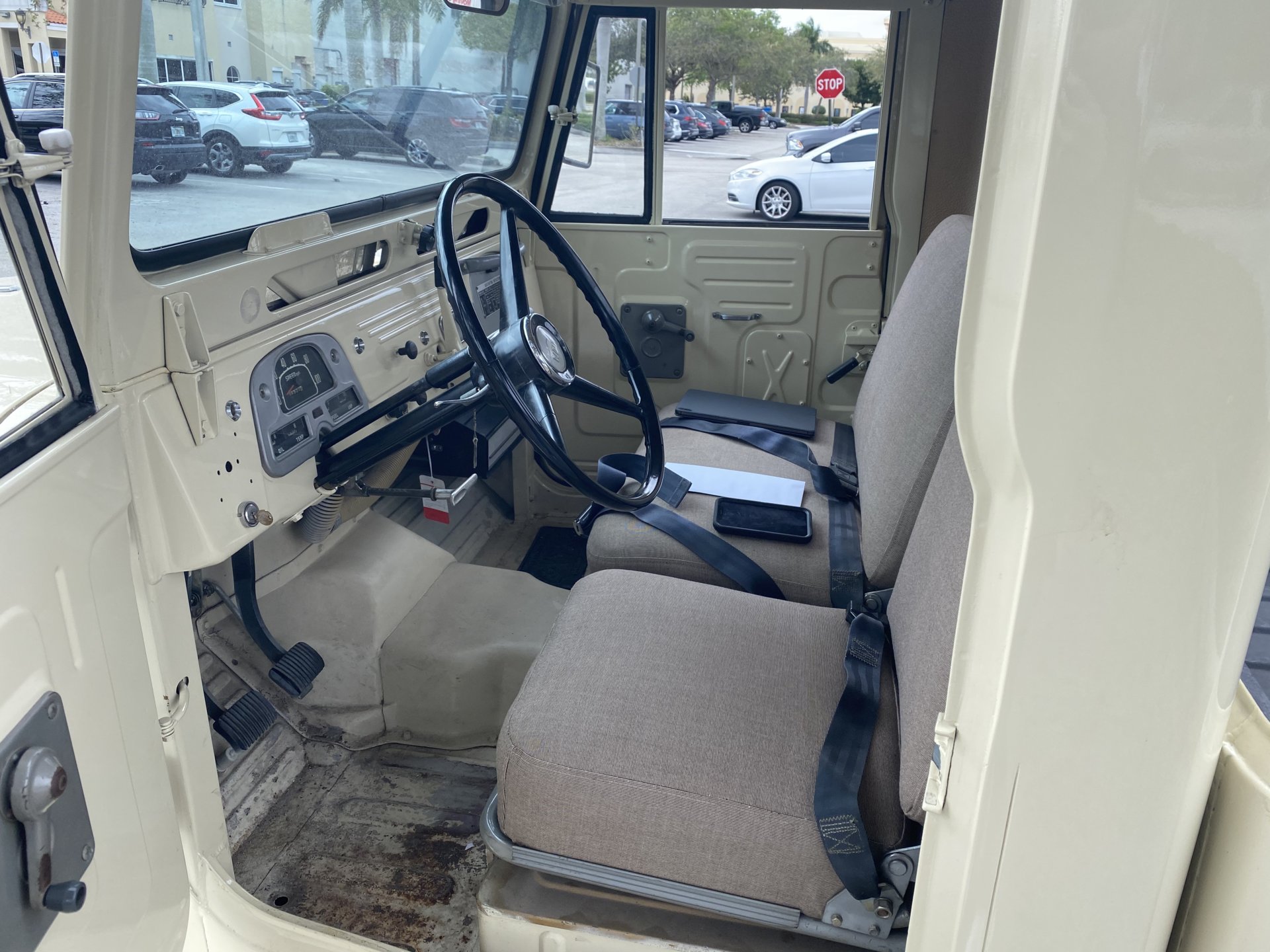 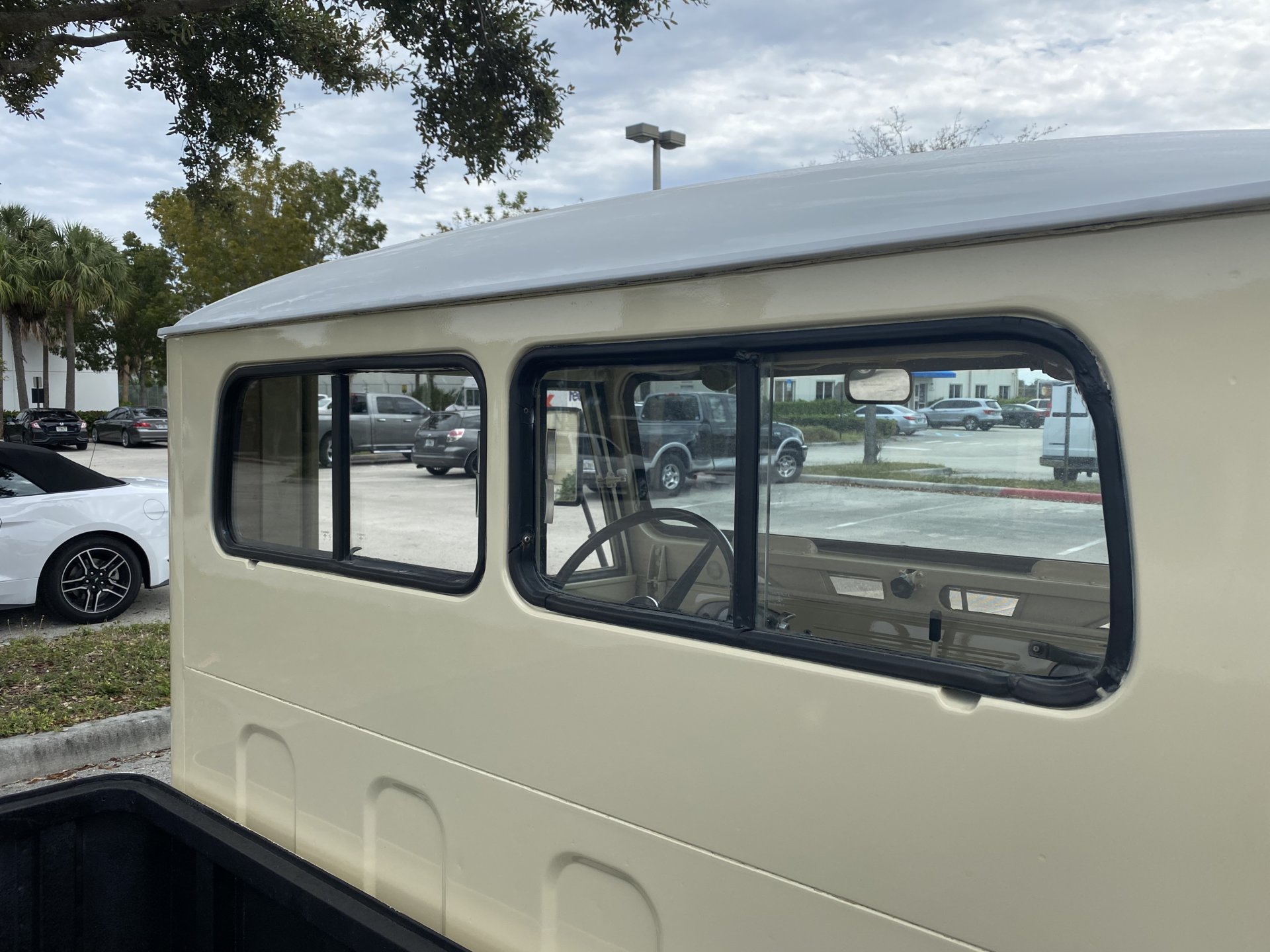 This truck is just amazing and I’m shocked it was still for sale. But I think the reasons it is still for sale are probably also the reasons for which we are about to do what we are going to do......it’s just an old slow truck that has a hard time in today’s world. I really like to drive my trucks and want to make this 45 as enjoyable as possible. I spoke to a few other 45 owners (@wngrog included) and they all generally shared the same opinion....the 45 could certainly get some modern day improvements that would greatly enhance the enjoyment factor.

First and foremost, we do not intend to cut up the 45. Everything that is taken from the truck will be stored in my climate controlled warehouse so the truck could go back to its original state at any point. Second, I’m not selling anything off this truck because I truly intend to preserve everything for it’s future.

The plan is slowly evolving but so far a lot of parts have been procured and we have formed a committee of sorts to moving things along. The truck probably won’t be painted but the body is coming off so we can basically have a brand new frame and drivetrain. The axles, transmission, transfer case, and engine are all coming out for some cool Toyota additions. Yes everything that comes off will be saved and stored in my possession.

We are going to run four-wheel disc brakes with a 70 series full floater rear end and a 40 series front end. @orangefj45 sent over some Harrop electronic lockers (front and rear) to @RustyNailJustin for the third member assembly with 3.70 gears.

@orangefj45 is now working on the transmission and transfer case set up. We are going to use the H42 4-speed along with a split case and some 3:1 reduction gears.

We have @lcwizard working on the front and rear bumpers, along with his awesome u-bolt flip kits that worked so well on Project Mustard.

@FJ60Cam is dreaming up a pretty cool engine setup. Cam: feel free to share any info you want about the engine when the time is right. I know we are still in the planning stages right now but I can at least tell you it will be Toyota.

We also have @Onur hustling up sweet OEM Toyota parts to keep this thing humming right along. He has been invaluable in the planning stages to intro us to people and parts to make sure this truck is absolutely perfect when its finished. His former company was “Parts AND Consulting” and I don’t think enough people realize the value of his “consulting” - especially on a project like this one.

And there is obviously @wngrog. He is just as excited about this truck as I am. Also, he already owns a sweet 45 long bed so he brings a really unique perspective to the project. Another added plus is he is only a 2 hour flight for me so I can hop over for lunch and eyeball the progress.

In on the first page

Okay so here are where things get really weird. This is a build thread for a 1963 short bed truck. LeRoy’s truck - and the truck that started all of this - is a 1964 model. Confused yet? I typed up the first two posts as I was flying down yesterday to check out the truck before it shipped out to Nolen’s. This post was typed up shortly after meeting Leroy and putting some eyes on the truck.

As we are chatting in the parking lot of Signature Flight Support, I started to have some reservations about my build plans. LeRoy was supportive of my build plans but something just didn’t feel right. The following exchange occurred:

Me: “This truck really is special. I kind of have some hesitation myself. But the team has already started work and they are really excited about the project. Maybe if I could find something similar that wasn’t quite as perfect.”

I am pretty sure my knees buckled slightly when those words came out of his mouth.

Me: “Would you sell it to me if I saved this one?”

The 63 is just perfect for what we had planned for the 64. It doesn’t have an existing engine/transmission. And it needs a few things. But the body is very solid and a great platform for this build.

Plus, what is better than one short bed 45? Two short bed 45’s. I’m going to start a thread in the 45 section for preservation of the 1964 and this thread will get going with the 1963 in its place. Both trucks are headed to @wngrog as it will be good to have the two trucks sitting next to each other to compare and contrast.

My hope is that by saving the 1964 I will get some love from the 45 gods and bless this 1963 into something really cool and fun to drive. And maybe help me find some of the missing bits and pieces along the way.

So here is what we are working with on the project. 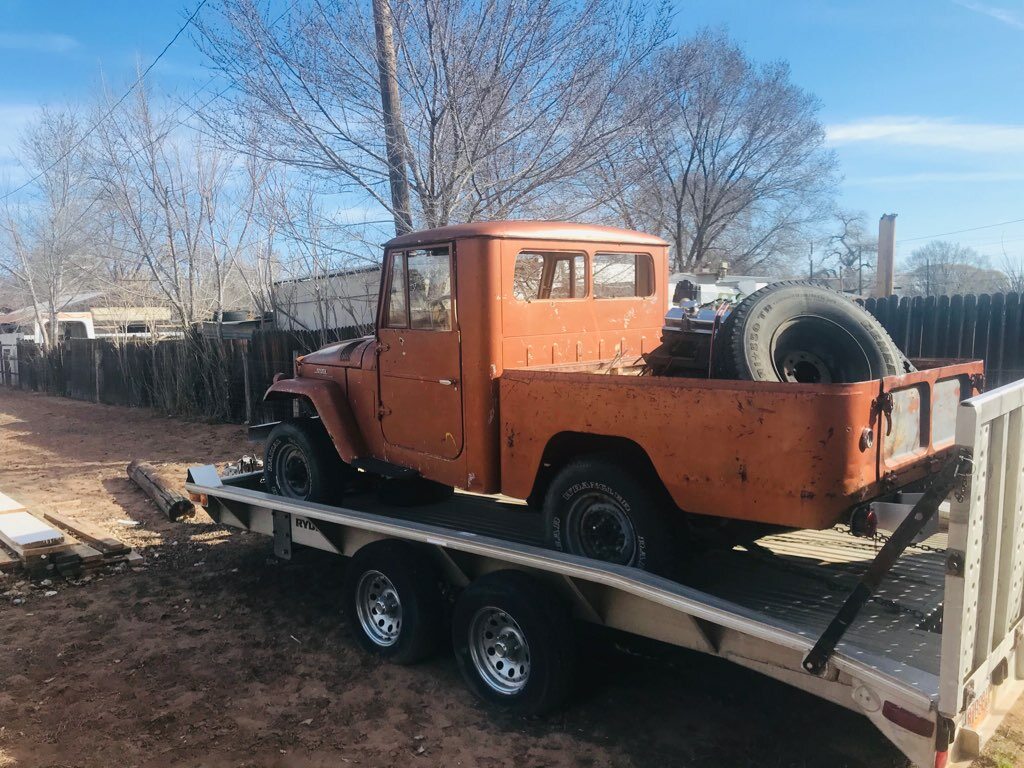 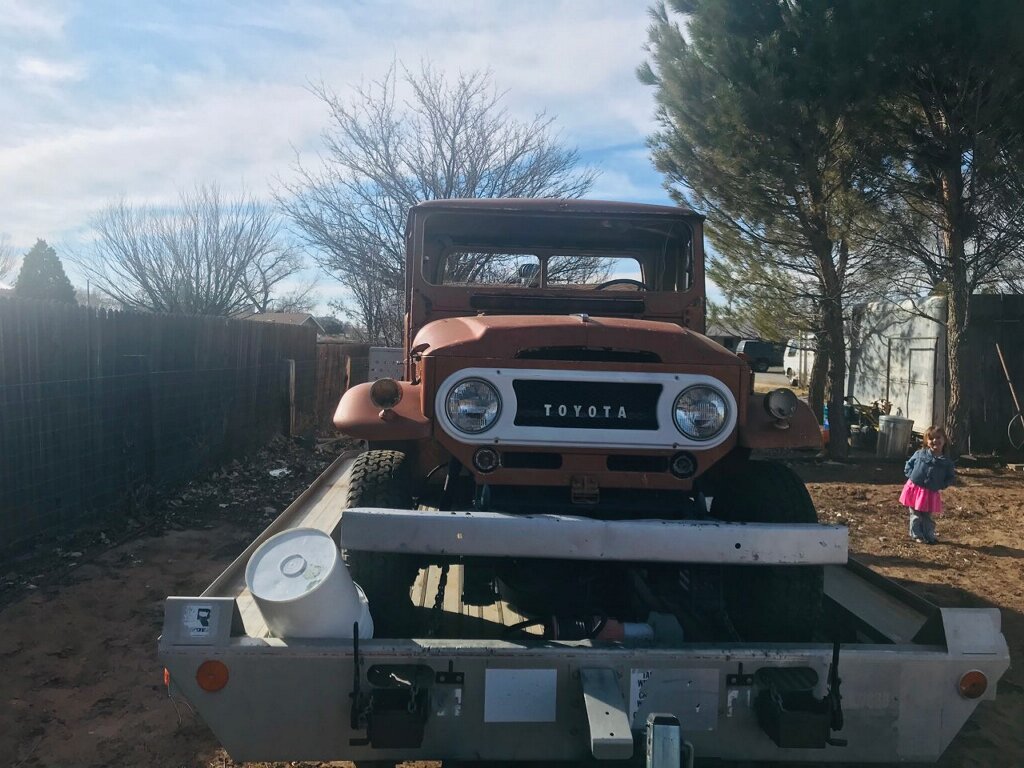 I’d like to interject that I would not hesitate for one second to execute the initial plan on this 1964 because cars built in 1964 drive and stop like s***. 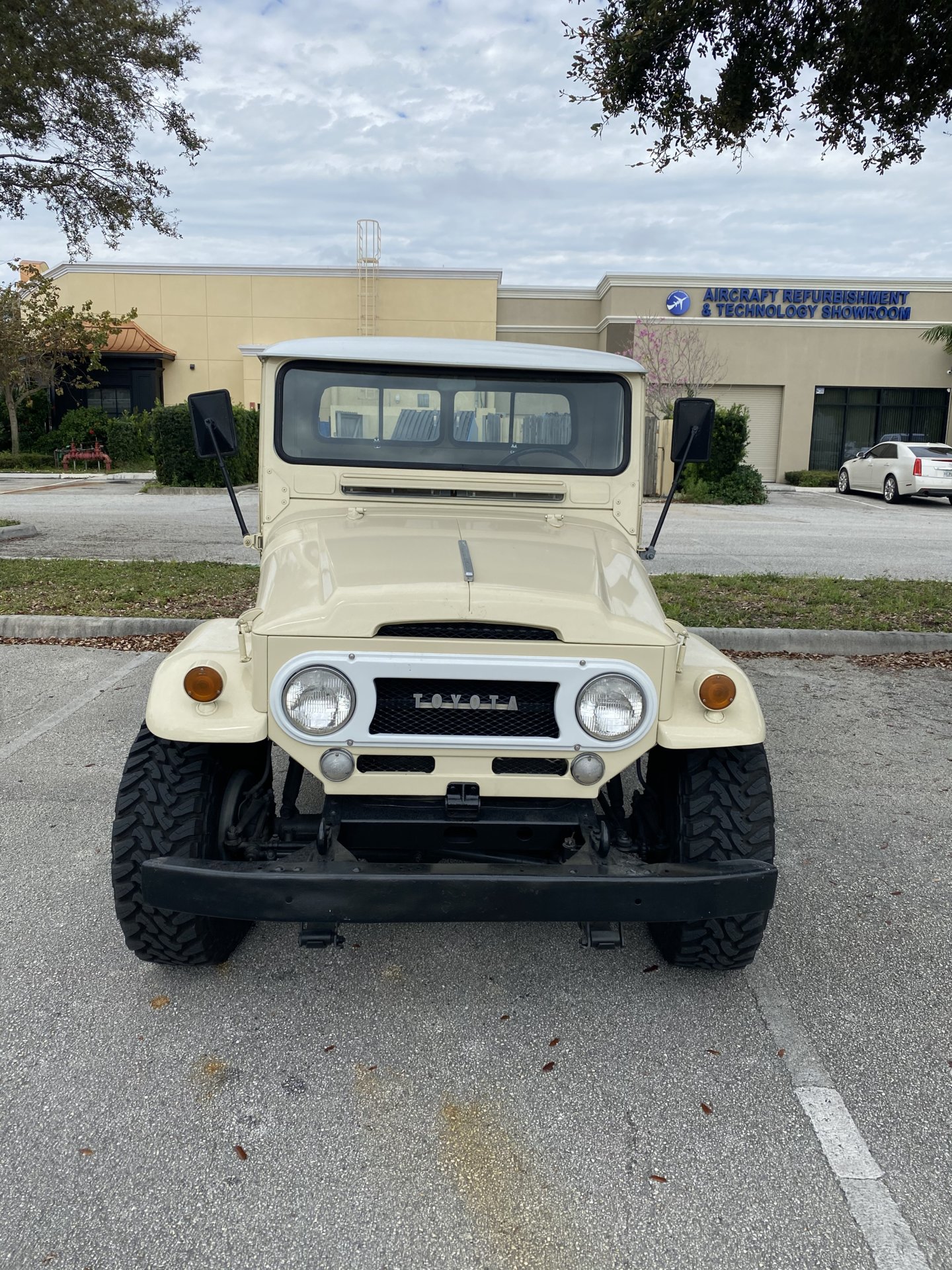 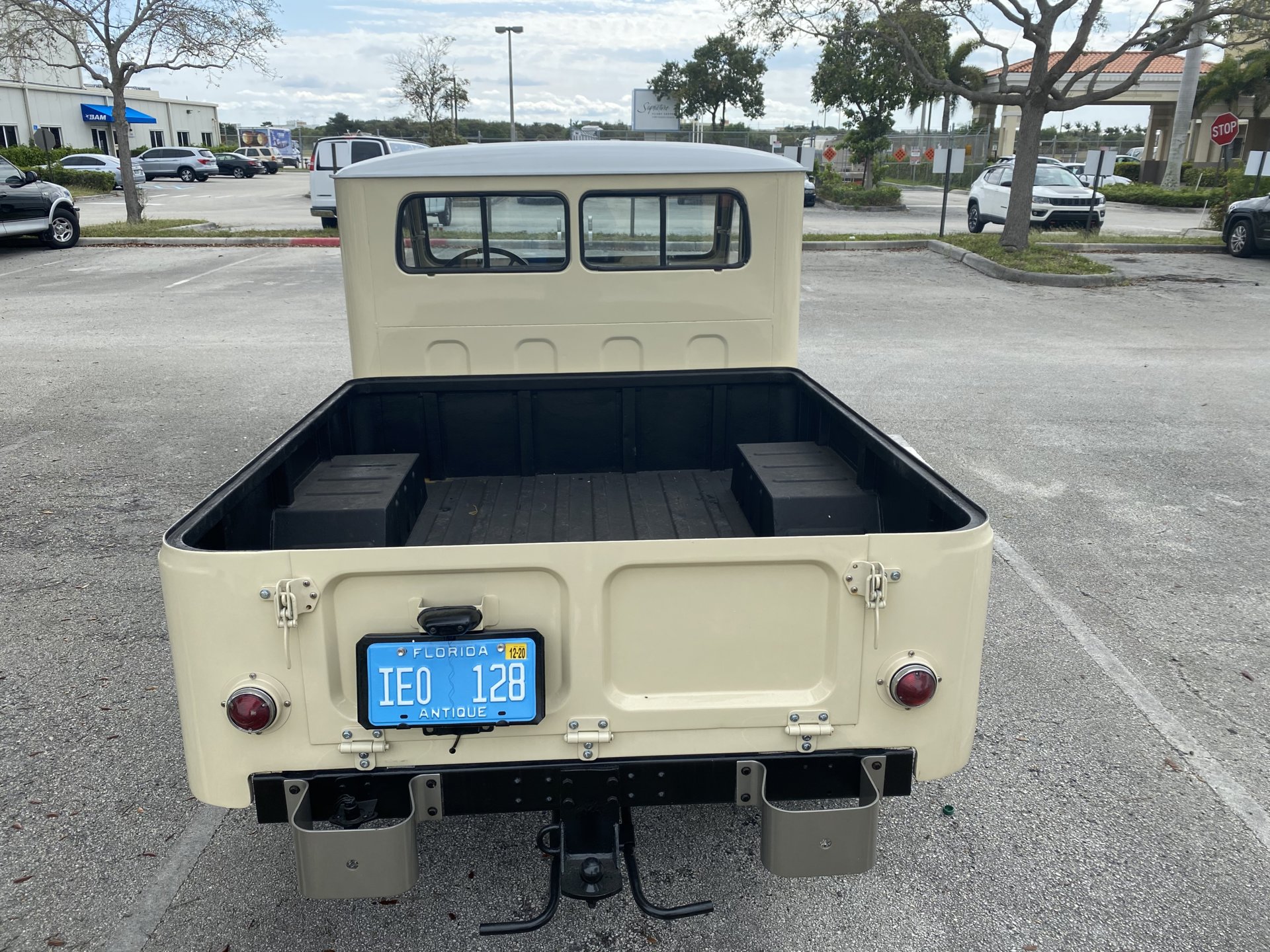 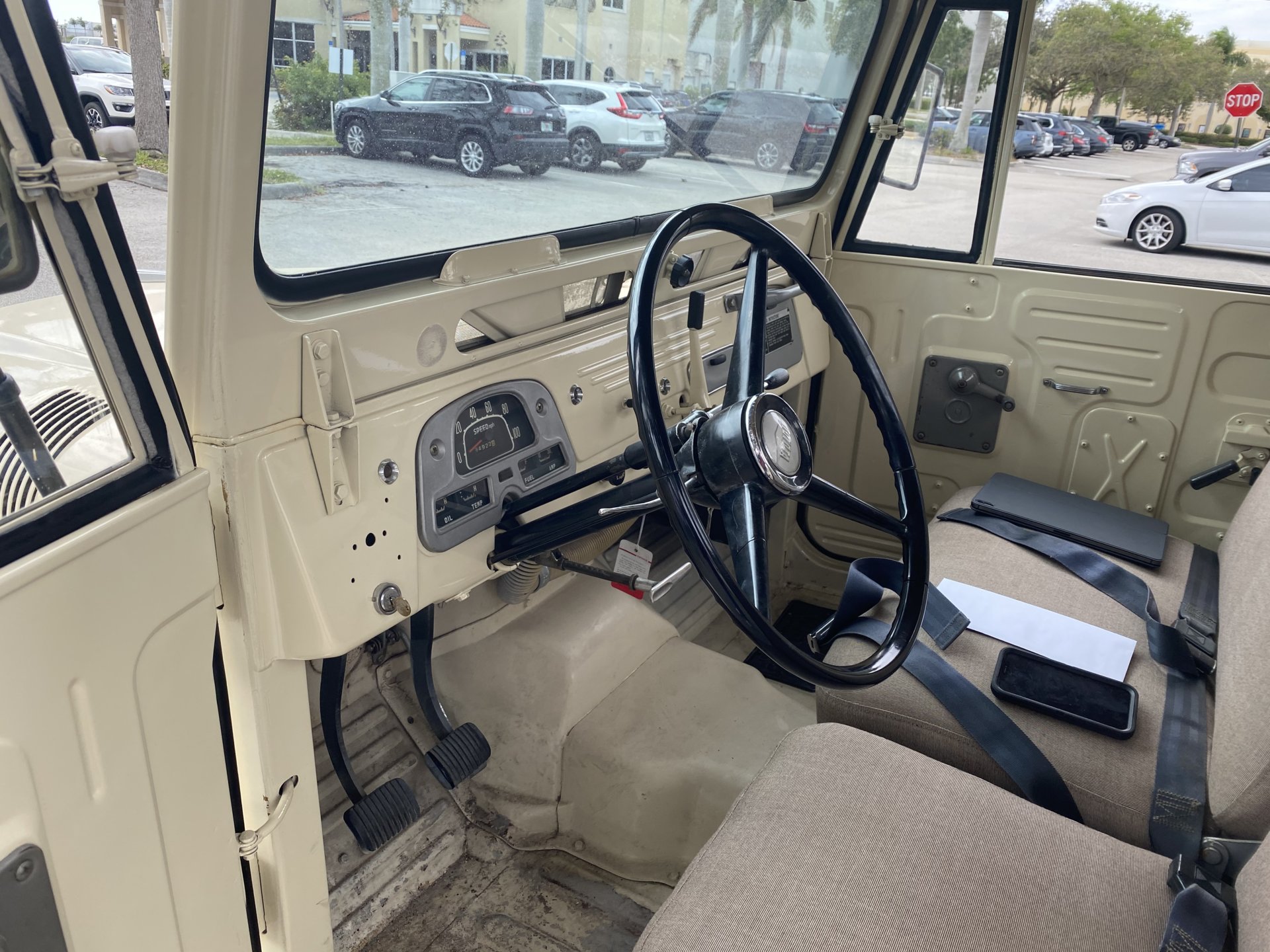 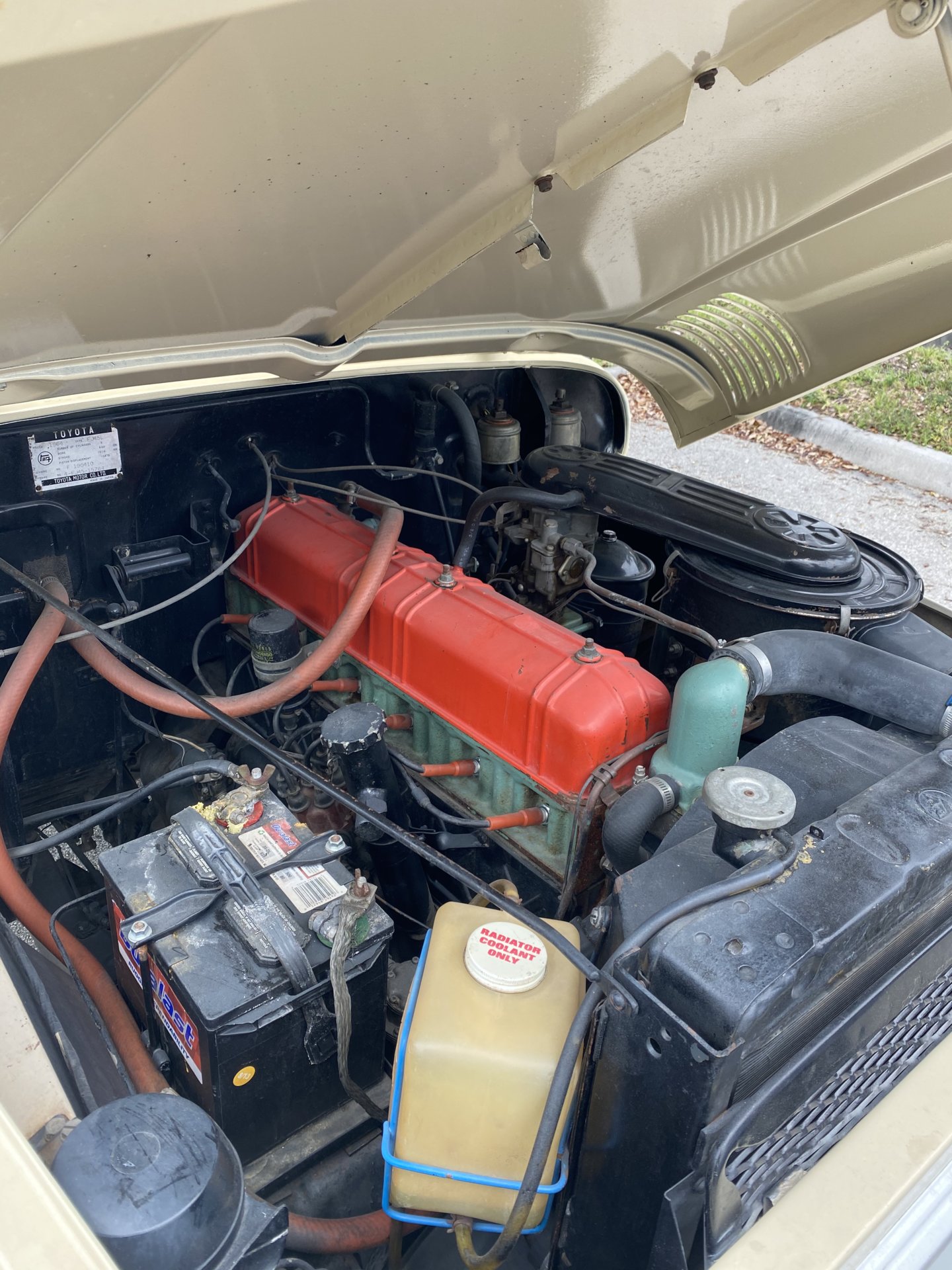 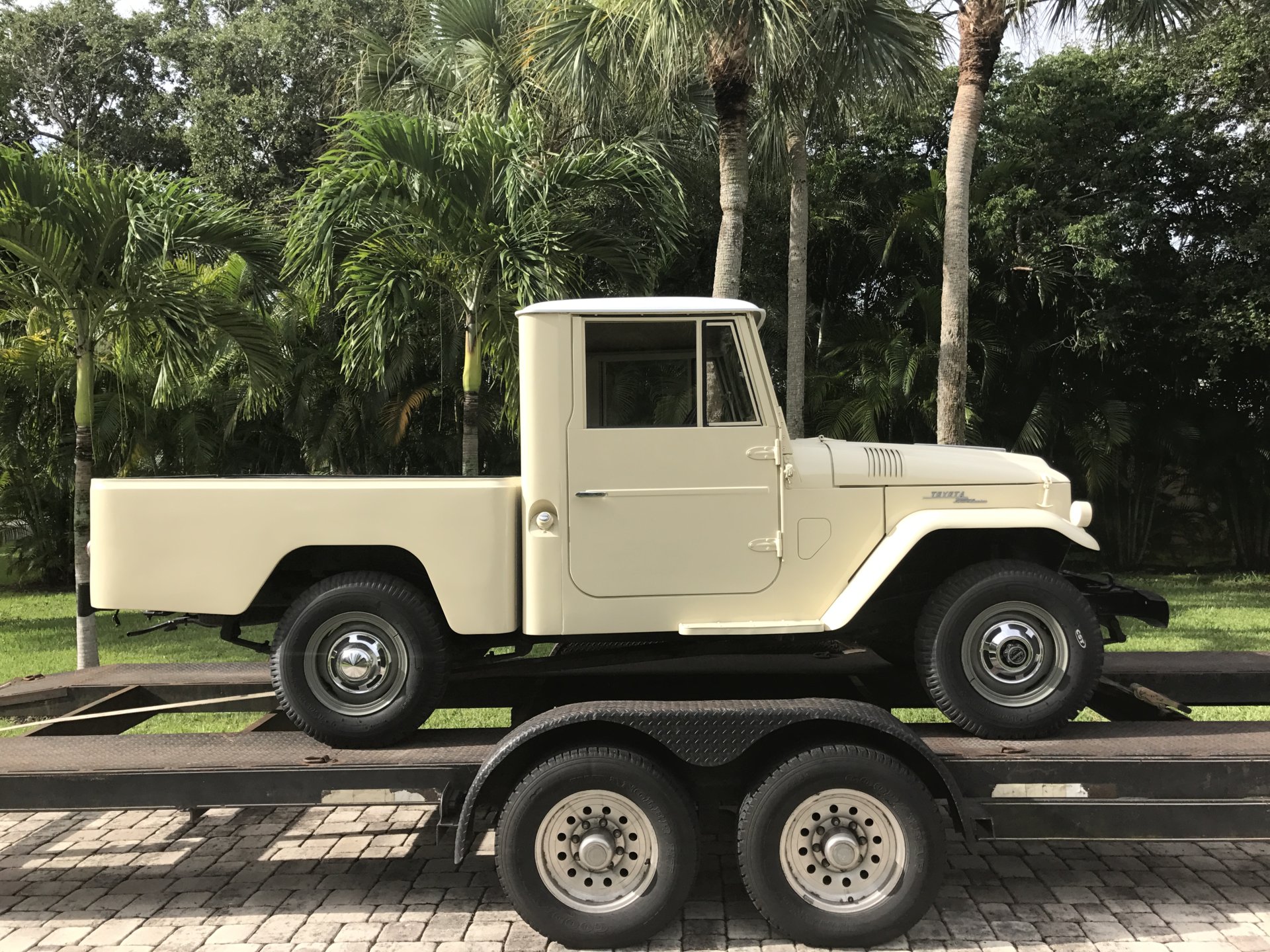 @wngrog you know I'm always a sucker for another cruiser. One sticker left.....

RustyNailJustin said:
I am excited to see and be part of this build!
Click to expand...

Well, this should indeed be very, very interesting.

Okay I`m in this should be nice build.

Bringing the heat! Ready for another baller build.

Ha not quite! @orangefj45 is building up a sweet 4-speed H42 transmission. Felt like 5-speed was a little too modern. I had initially considered diesel for the build but ultimately felt like that was straying a little too far as well. The engine setup should be pretty sweet though. @FJ60Cam is getting creative.

jmlockwood said:
@wngrog you know I'm always a sucker for another cruiser. One sticker left.....
Click to expand...

Here is what I mean about the stickers. I bought four of these rear sill stickers a few years ago from @oregon fj. He made some awesome reproductions of these to match the OEM stickers for the real sill on the early 40 series. I only had an early 1964 corrugated hardtop model at the time but I guess I ordered some extras for some reason - maybe @oregon fj was making an order and did not have enough signed up or something who knows. But I now have four stickers. I casually mentioned to Nolen that I had four stickers and only one 40 series that required a sticker - so 3 more to go. Well now we have three of those stickers spoken for so only one more to find a home. PM if you have a candidate . 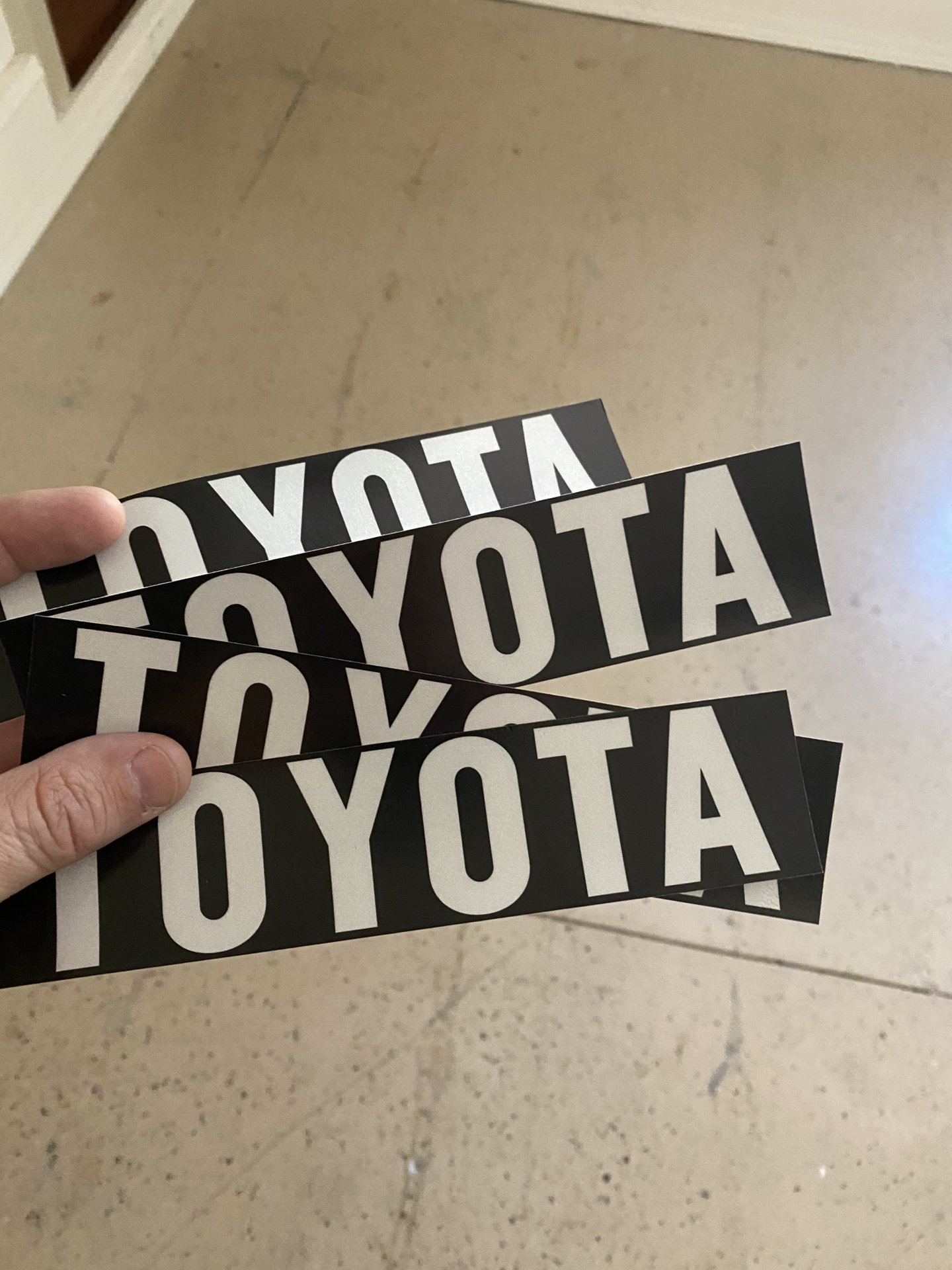 
I am the hater of the diesel.

I dont care a whole lot for the H55 either.

That was an absolute genius move to buy a practice truck before we tear up the nice one.

This is going to be a fun build. We should be able to tick off both the purists and the motor swap crowd.

So STOKED to be part of this "all-star build". Really looking forward to the project and progress. I'll post some pics of the t-case combo as it comes along.

Thanks again @jmlockwood for asking me to be part of this. Puts a HUGE SMILE on my face!

As always, I will be here to thumbs-up the majority of posts in this thread.

It takes a village.

Is it standard to replace head bolts?

Please Advise: Looking for P/N for this 1960's Light Switch