My family has owned this 93 Cruiser since the late 90s. We are the second owners. It's time to sell it and I'm trying to figure out how to price it because it has 436,000 miles, it's hard to compare it to anything else I've seen. it had great maintenance for a lot of years but not so much lately because of finances and time. it had major work done a couple years ago at 373 of years ago at 373,000 miles. We had a coolant leak and then we were advised by the shop that we had been working with to fill the radiator with water. Then we got extremely cold temperatures and the whole thing froze. Freeze plug popped in the back. At that time the cylinder head was replaced as well as all the radiator hoses.

Recent repairs and Replacements include the radiator, starter, alternator, plugs and wires, accelerator cable, the battery is about 2 years old.

It has a couple of problems. The typical oil leak. Also power steering leak. It's leaking from the top of the reservoir and I'm told that it probably needs a new power steering pump. Also the front heater doesn't work. The heater core may need replacing but there is no leakage. It's been flushed a couple times over the years. The main problem there is probably that the blend door is stuck. There are some other more minor problems too.

It's never been off road and it has lockers. Never been in an accident except for a scraping a metal gate which did some damage to the rear fiberglass fender on the passenger side. There's a little rust around the back window. It was always garaged up until 7 years ago and never on salted roads. It's always been in western Washington.

There are no holes in the carpet. Most of it is clean. It has a leather interior and the driver's seat is actually in the best shape. No holes or rips in that one. The passenger seat has some splitting and a minor hole and the back seats are more worn. The cargo compartment has always had a rubber cargo mat. It also has a raised wooden platform which could use a little repair.

I've looked at Land Cruisers here and on Craigslist and eBay in the past and never seen anything comfortable as far as miles. I'm looking for any advice about how to price it or how to Market it. I've received a lot of help here over the years so I would sure like to sell it to somebody in this forum. 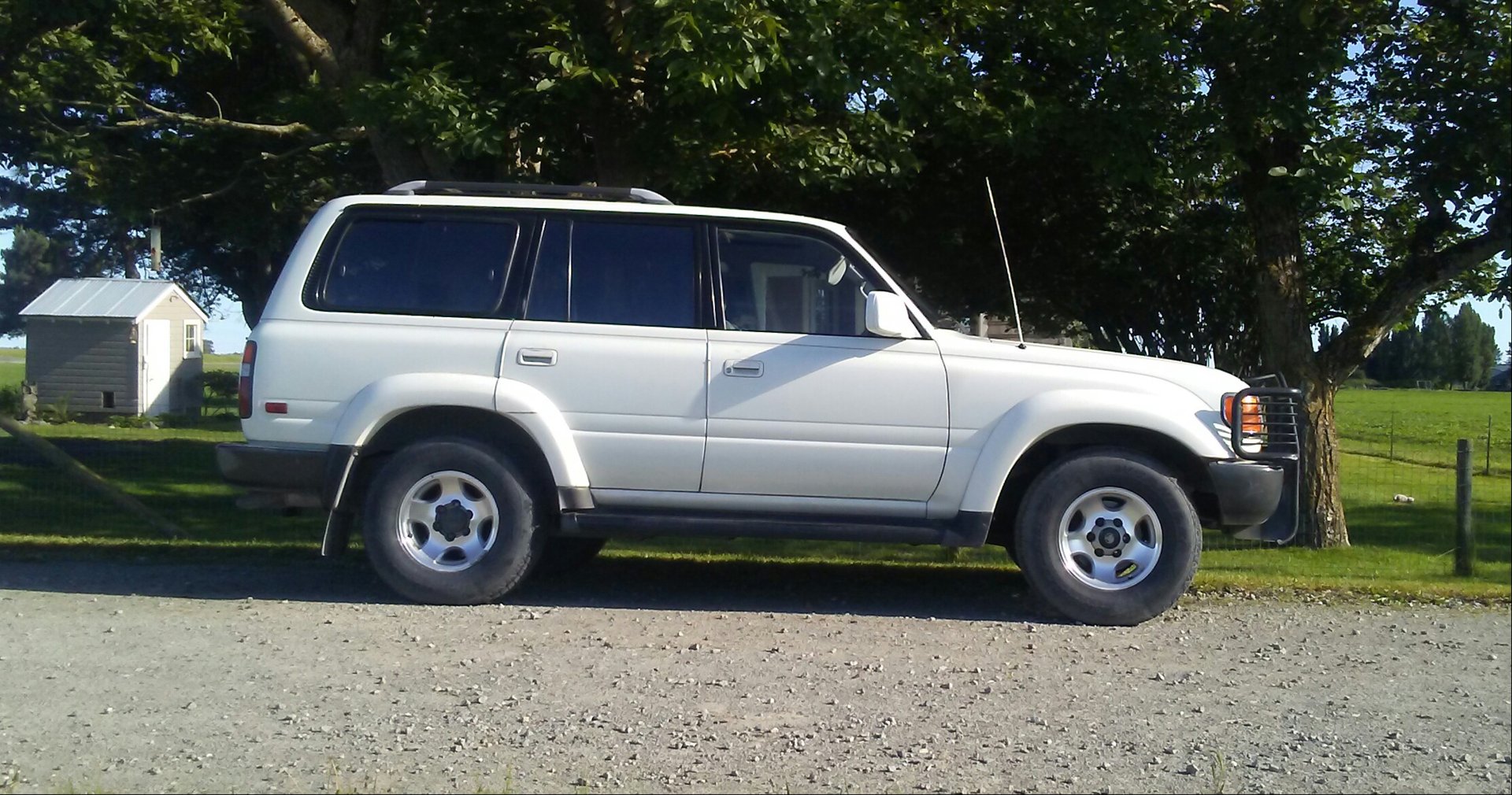 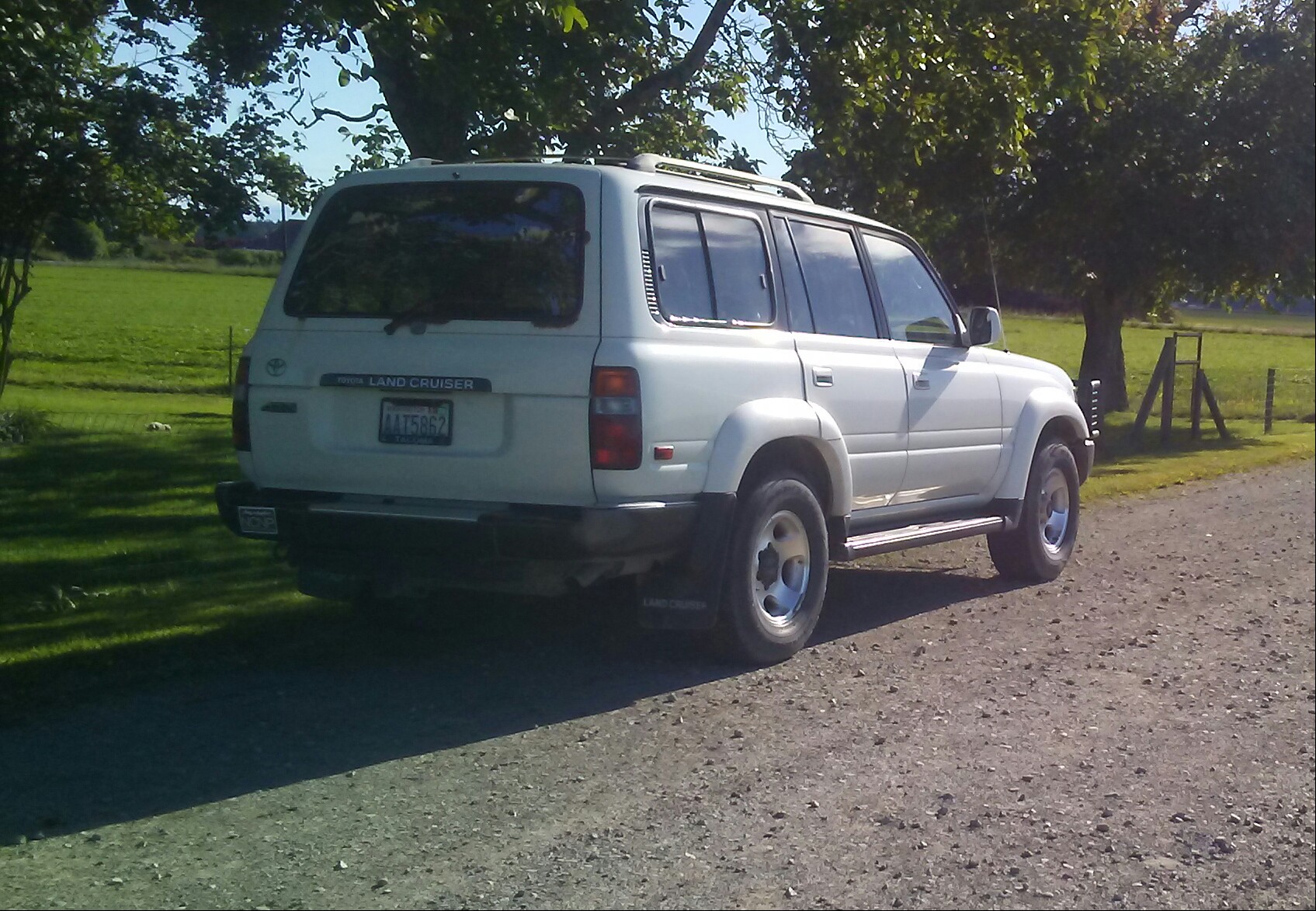 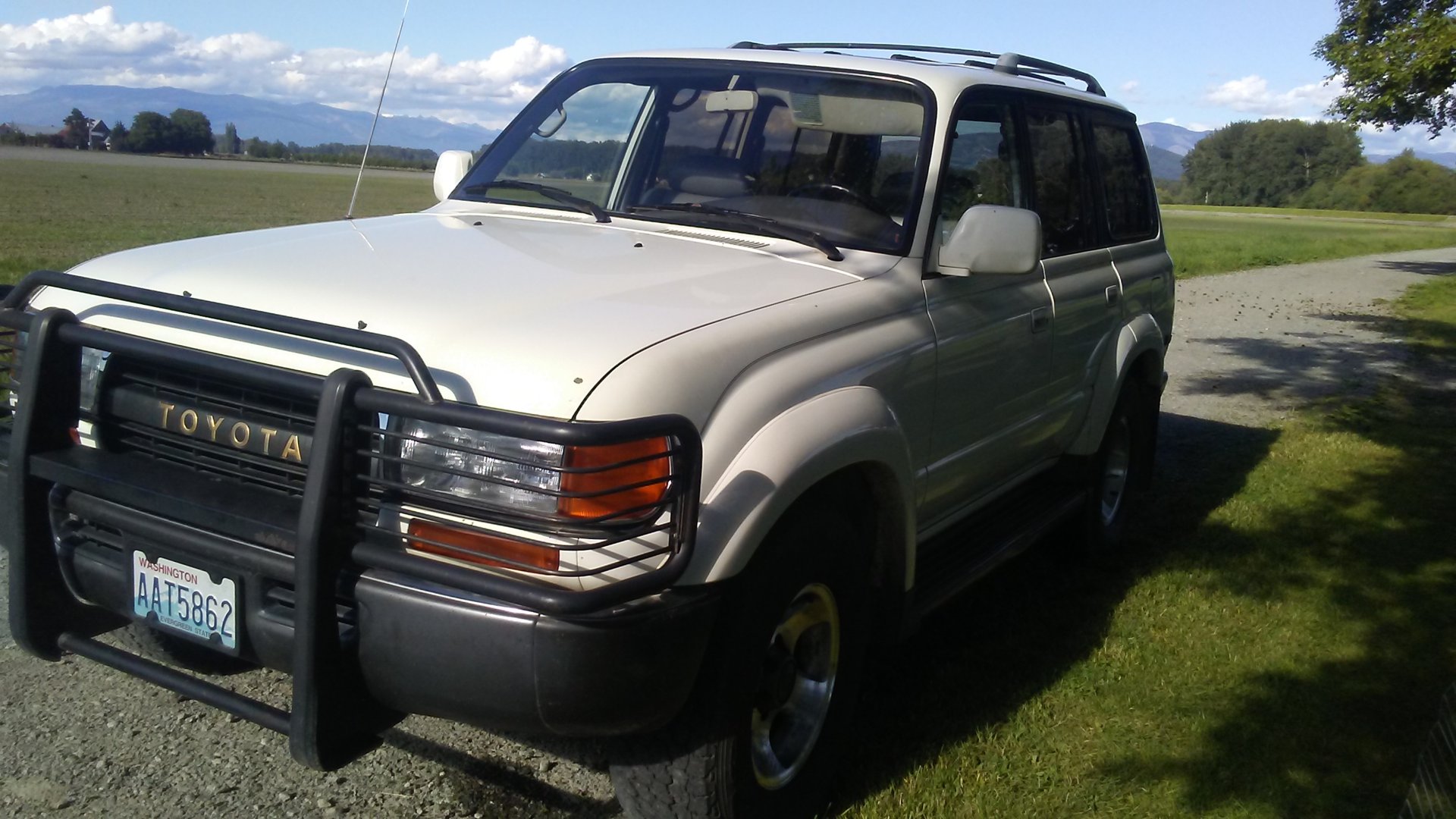 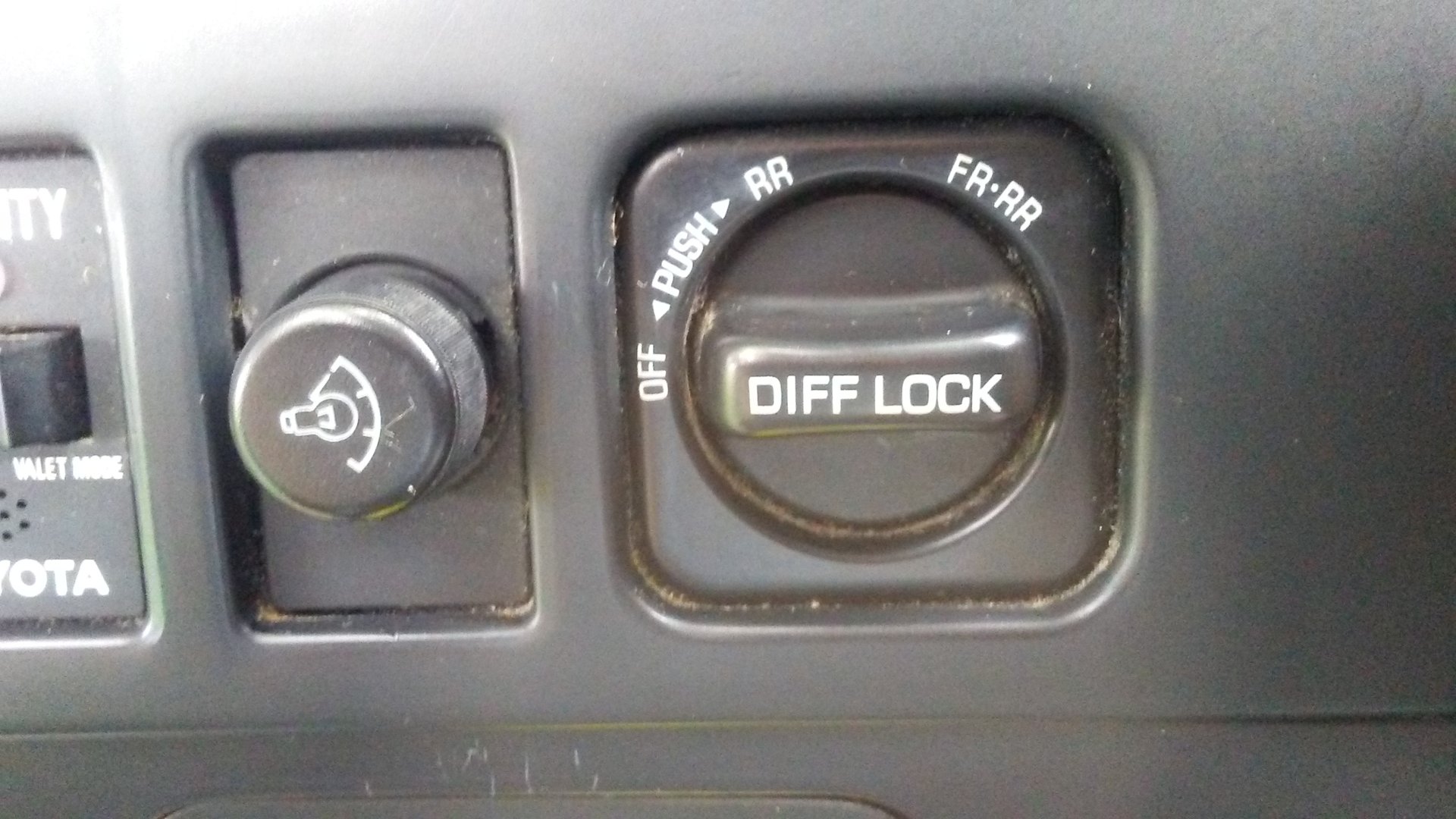 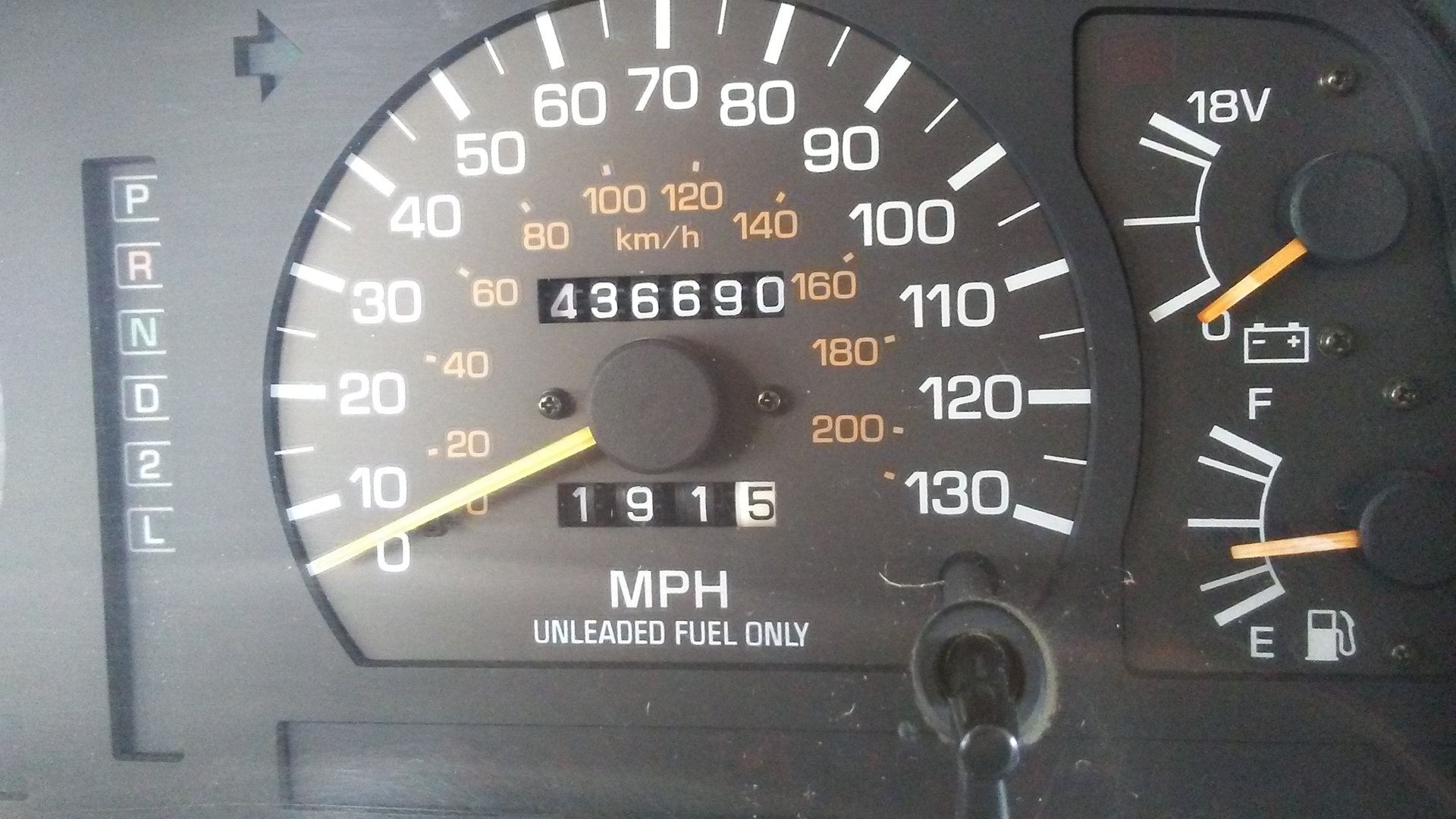 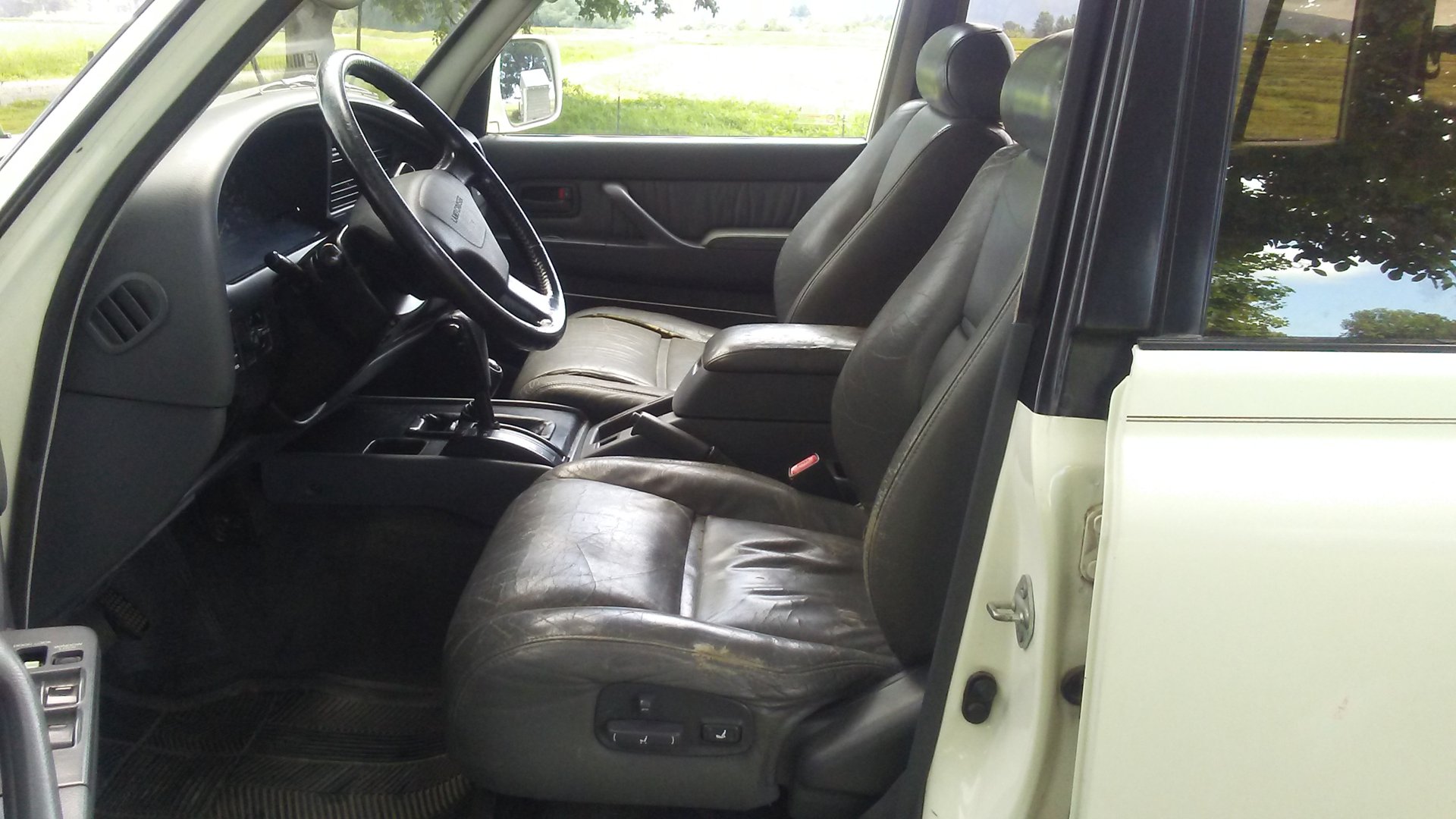 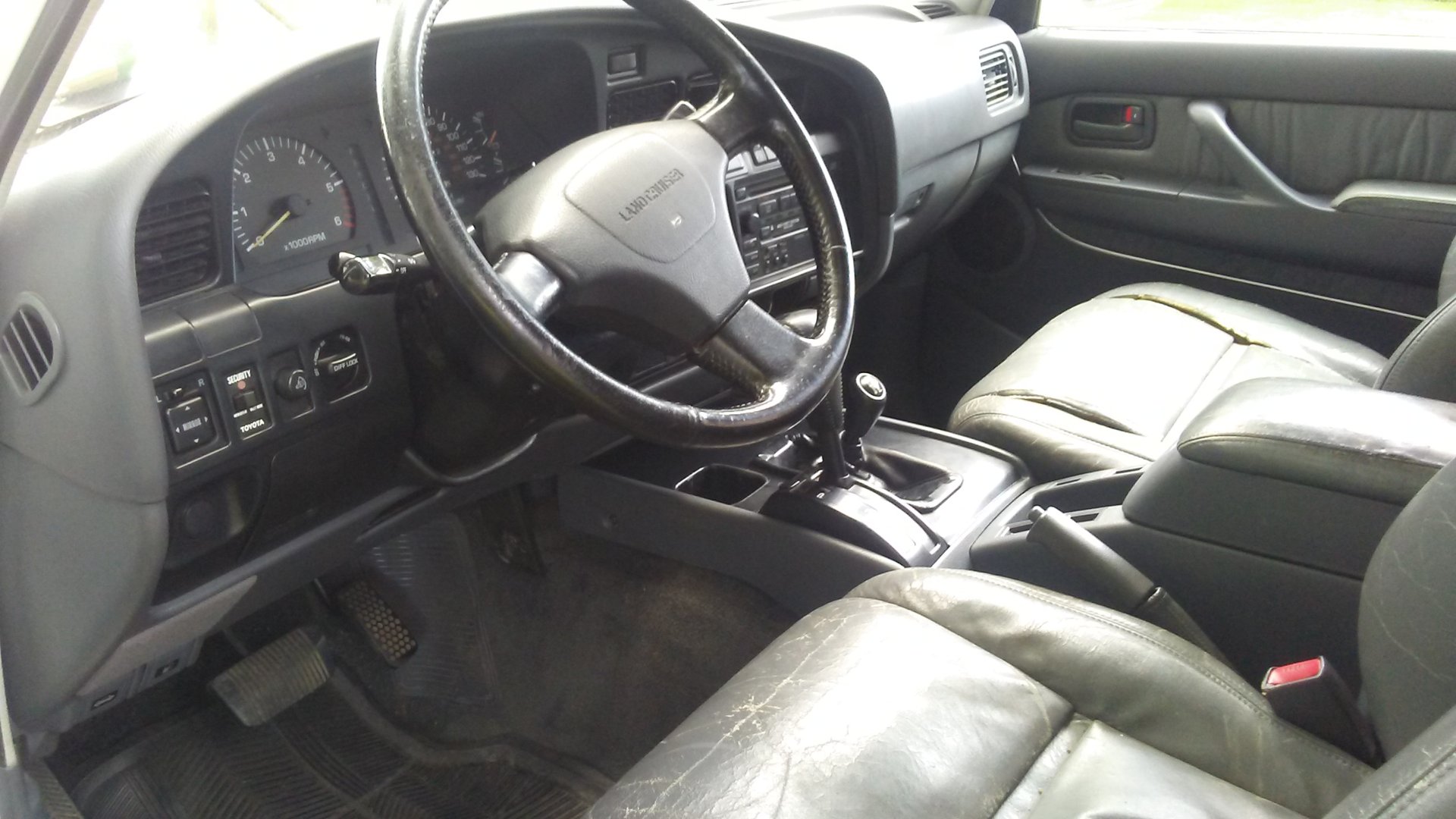 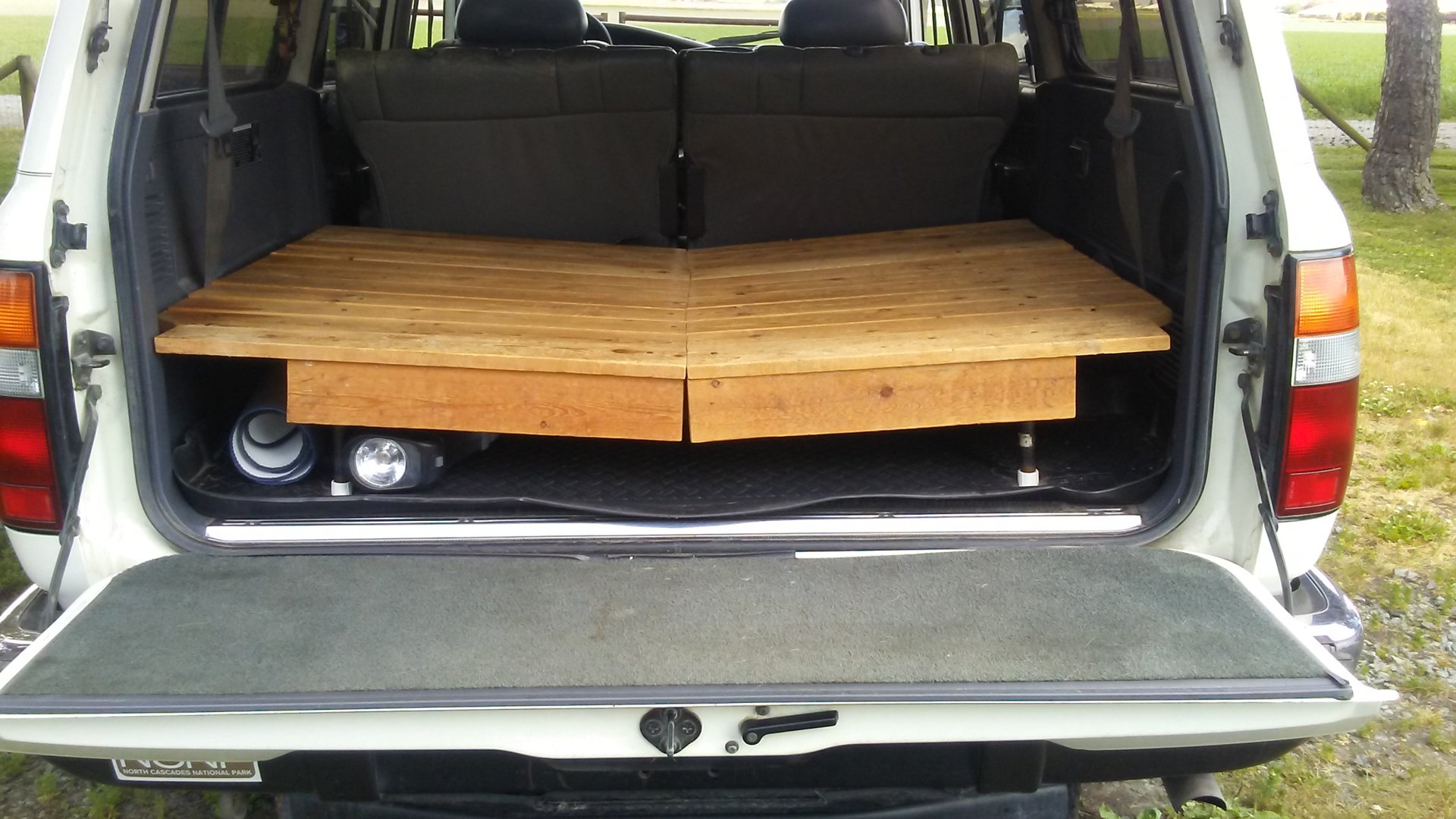 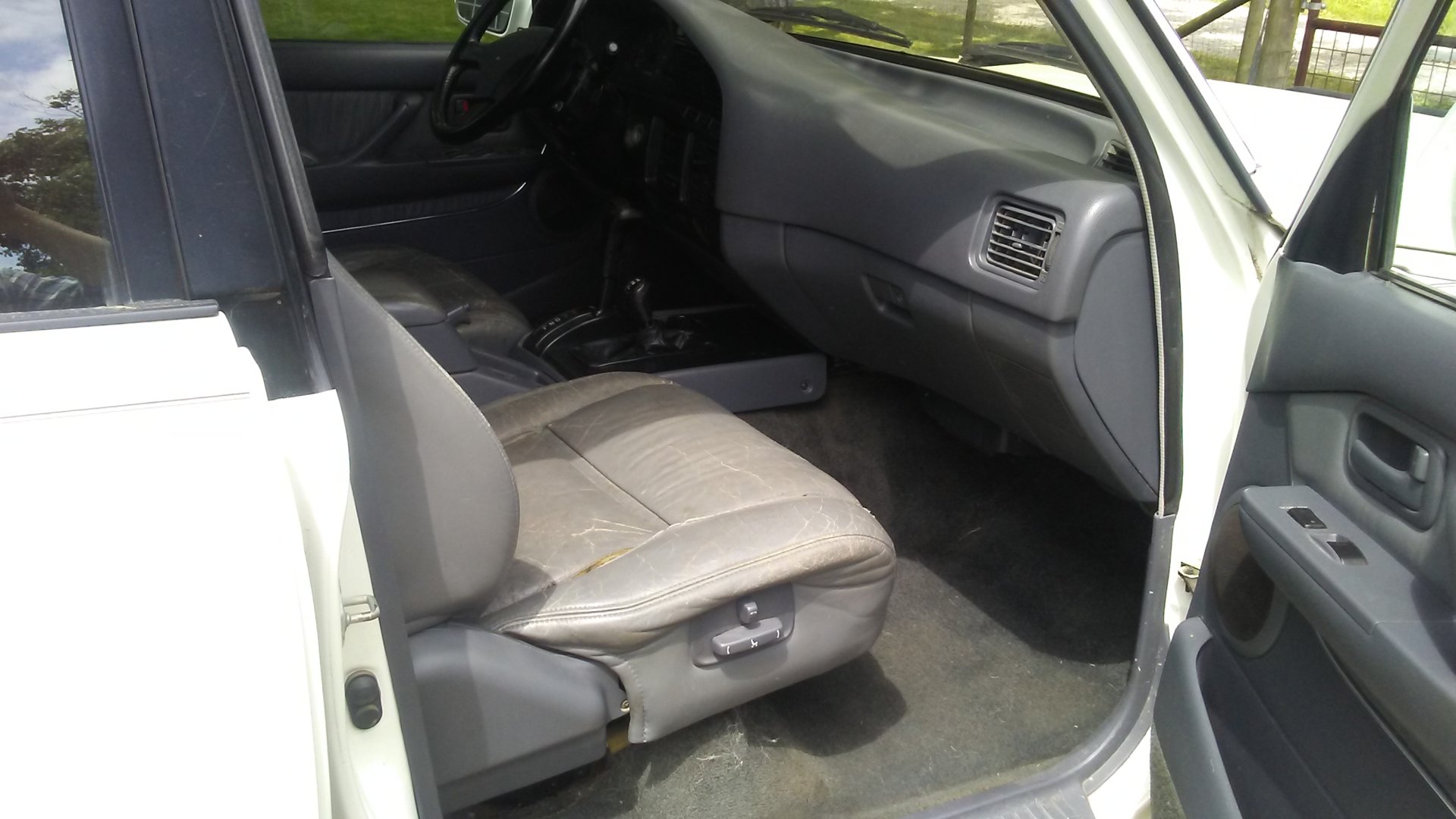 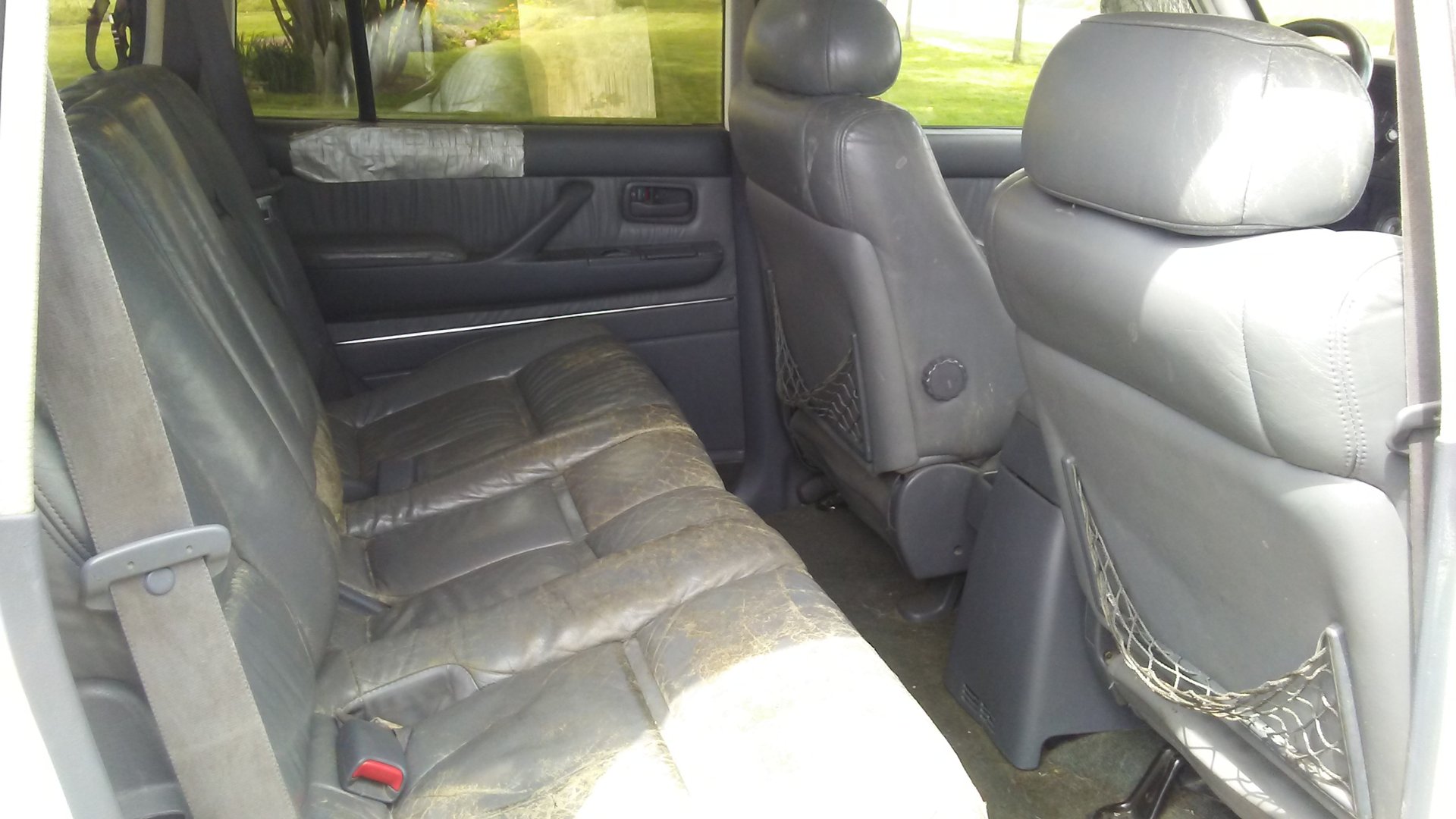 Start at $5k and see if you get any bites. White with lockers and clean will help outweigh the miles.

You have some options: sell it out-right for $5k (assuming it is rust free) or more to someone that doesn't know what they are getting themselves into. Or go through the trouble of parting it for $5k or more. I think someone that knows these trucks is going to beat you up on the price....rightfully so.

5k sounds like a good starting point. How about pics of the underside and the engine

Edit: just noticed the rust on the rear hatch

I will include pictures of the underside and engine compartment when I actually post it for sale. Thanks for your input!

on3i11s said:
5k sounds like a good starting point. How about pics of the underside and the engine

Edit: just noticed the rust on the rear hatch
Click to expand...

if everything else checks out all that bad boy needs is a new rear hatch...easily found in the parting out section! Mine has that same damn rust spot on the lower left corner

ridgeback rig said:
It's never been off road and it has lockers.
Click to expand...

Do they work? Lack of use can lead to non-functional lockers.

While it is a nice looking rig from the pictures, and it does have lockers, I would think with the problems listed and the miles it would be in the $3K or less range. For me, less.

3K sounds about right
You must log in or register to reply here.

T
Can you Easily Use an HF1A in a USDM FZJ80