Visit site
For as long as I can remember I have been fascinated with the BJ46 based on many years of ownership of a BJ42 and always dreaming of just a bit more room.

Now when it comes to Googling for info on a BJ46 there really isn't that many details out there and when you do google one of the Top hits is a BAT Article on a Red BJ 46 that spendt some time in New Zealand.


If you read the description you soon realise that it is in fact the BAT BJ 46 and it is now residing in SOCAL and is for sale.

Well as you may have guessed by the title it is now in my Garage and I figuered I would take the opportunit to keep its online progression going .

The Plan for it is nothing extreme and is simple to base line it and make it a solid daily driver and enjoy it. 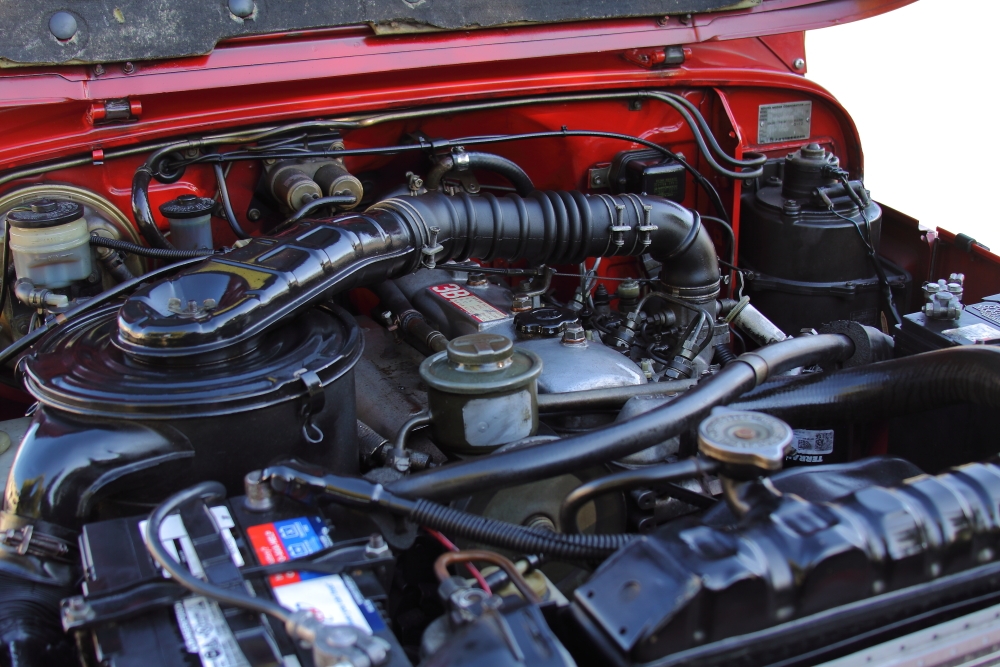 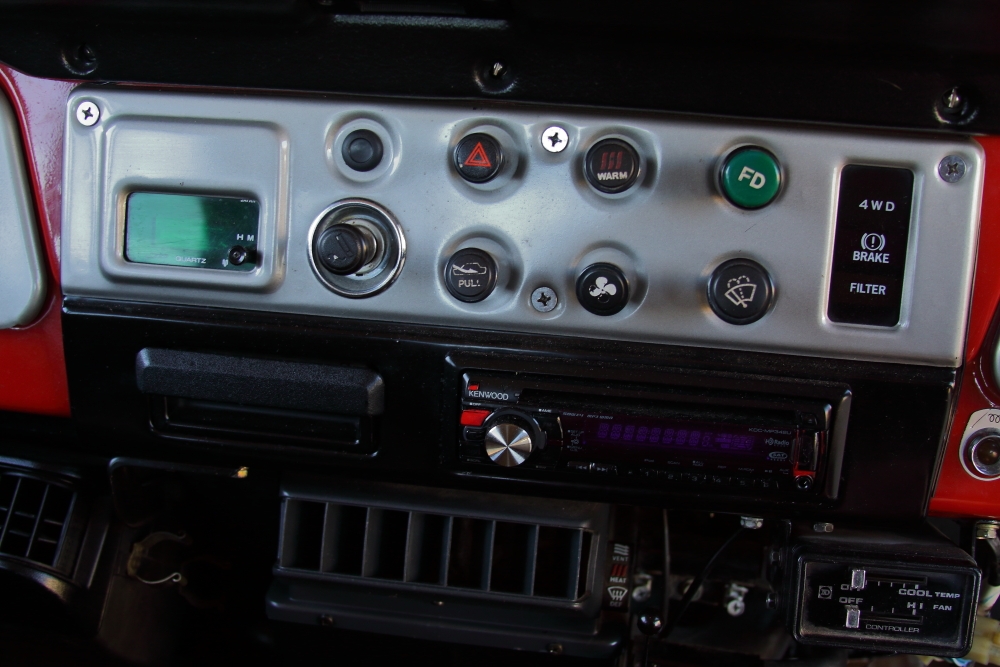 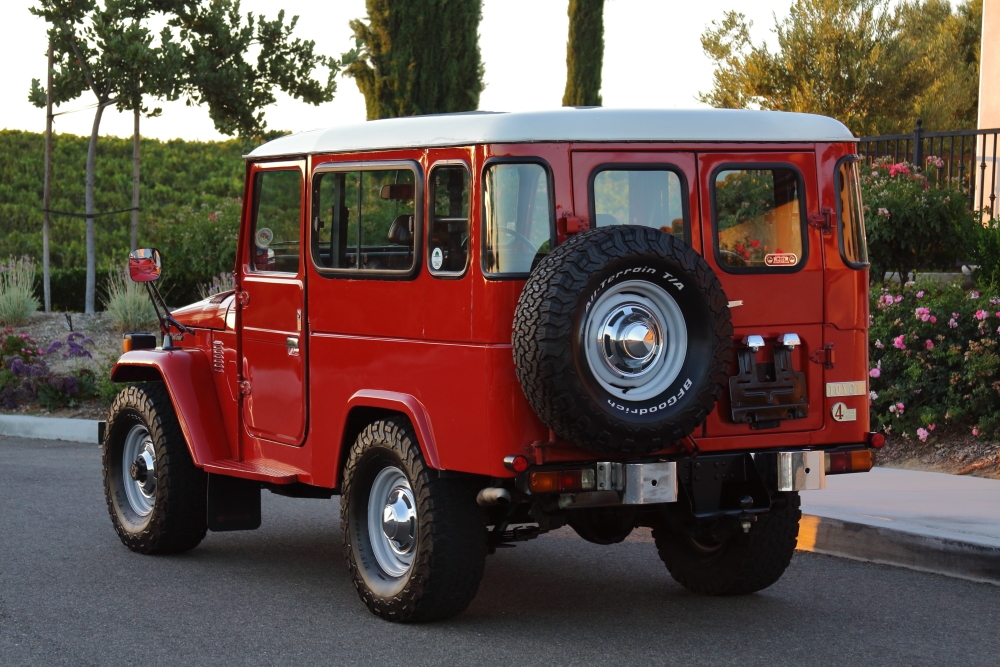 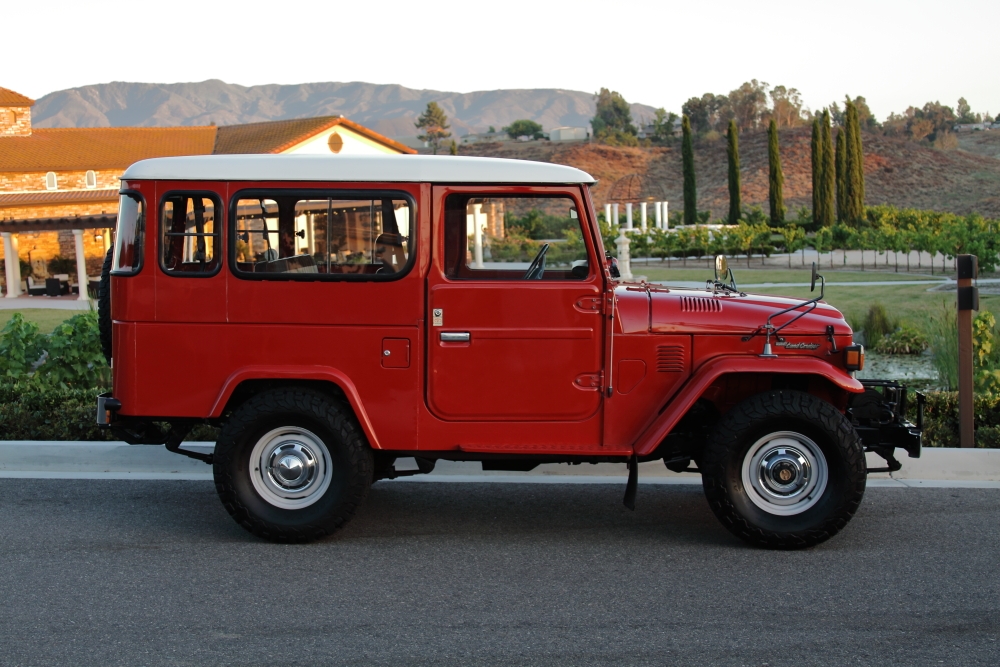 Visit site
Looks pretty clean based on the pictures and info I have been given on it. 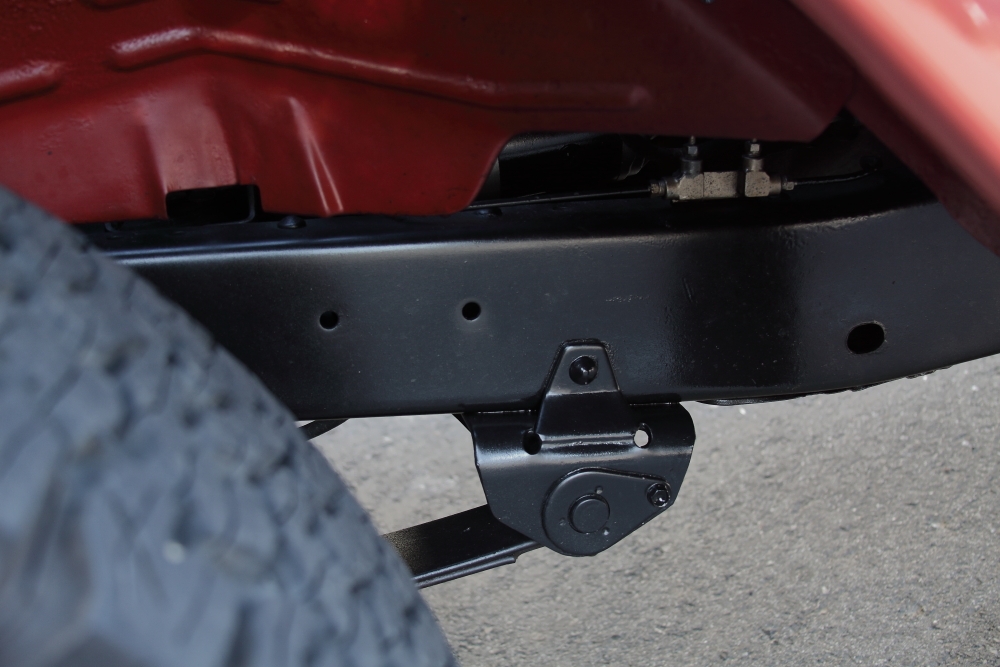 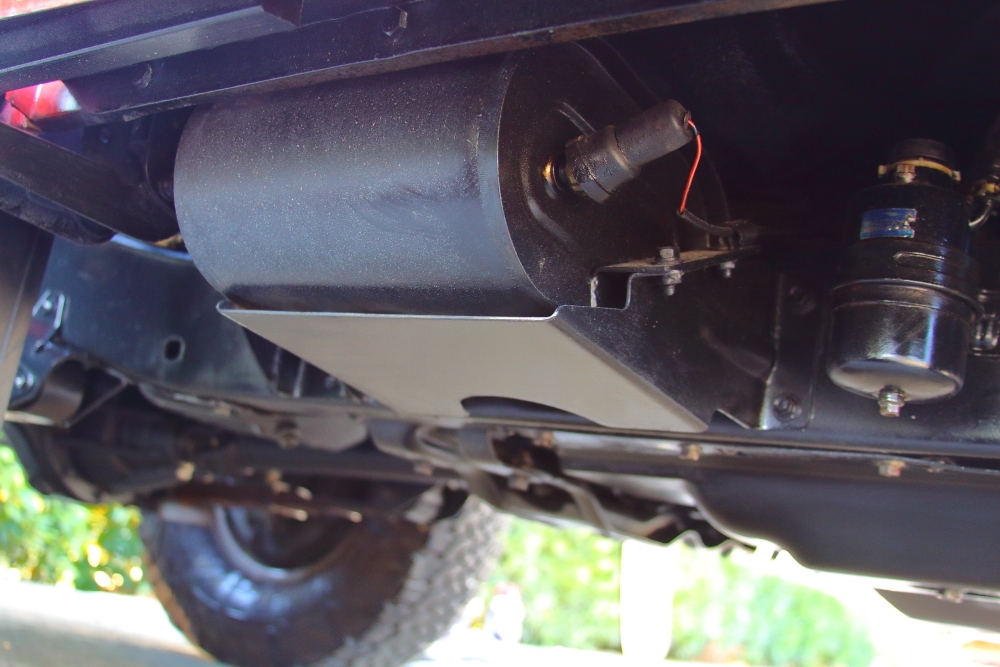 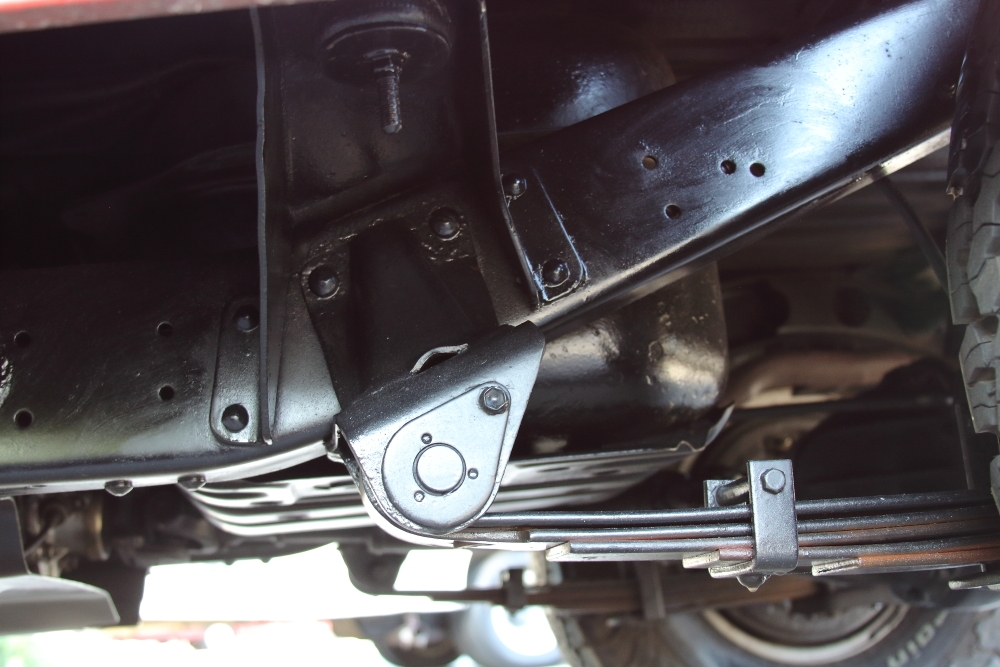 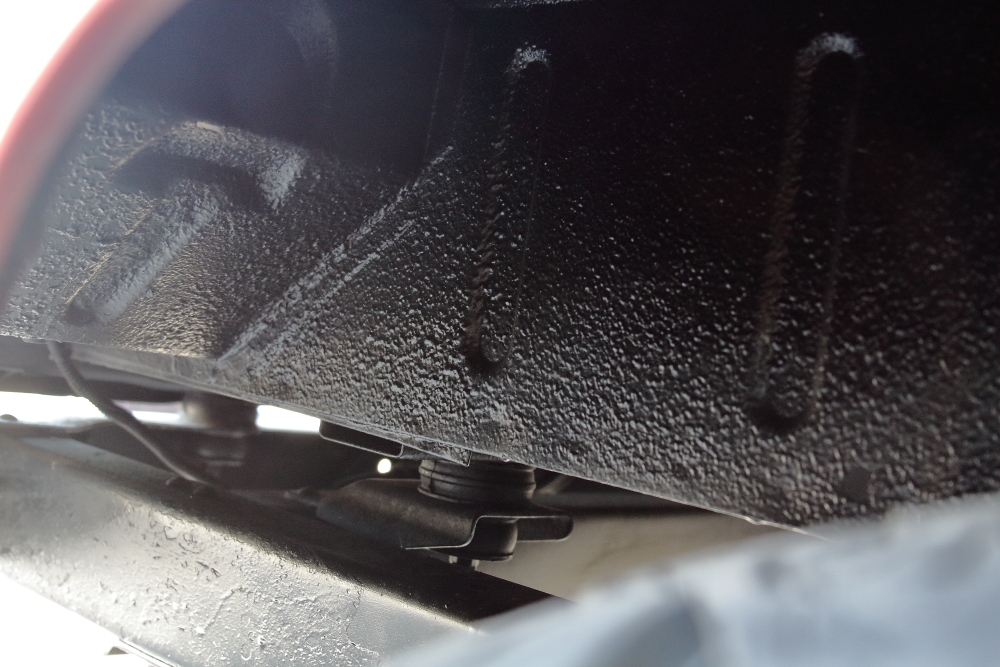 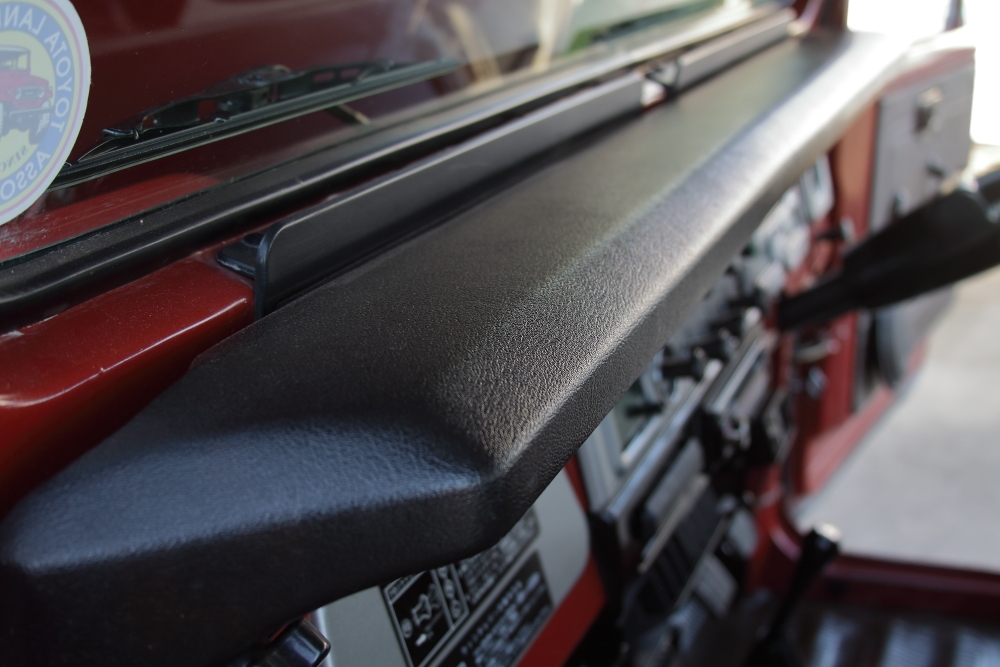 Visit site
When the Truck arrived it was in need of some love. It was interesting that even though it had lived what I perceived as a soft life moving from one collection to another it has seen very little maintenance and had some dodgy ass repairs done on it over teh time. Most kept it looking pretty but did nothing to make it solid.

1st thing I did after trailing it home was put it up on the hoist and went front to back, I found it needed some love:

- Swivel Hubs neede reduilding, they were long gone and leaking ( ironically it came with an invoice saying they were done 6mths ago, trust no one lol )
- Front wheel bearings
- Front disc calipers where seized on LHS
- All tie rod ends where shot,
- idler had play, steering damper leaking
- New brake pads all round
- oil leak front front of engine
- oil leak from oil cooler side cover
- oil leak from tapet cover
- exhaust leak
- two broken exhaust studs
- oil leak from PTO drive
- Oil leak from front diff
- front Drive shaft missing 3 bolts
- rust under LHS sill
- Rear brakes
- tire where dates 2007 and awesome old school Desert Duelers, they were also rock hard lol.
- electrical issues - loom had been hacked
- stereo didn't work
- RHD Door window was missing rubber so moved loosely in tracks
- Rust in roof gutter RHD
- Dodgy Ass seat belts installed in rear though roof lip inside
- Rear seat was mounting incorrectly
- Driver seat had no cushion left on outside, material was still good
- running board was home made, looked ok but will address in future
- headlights where CRAP and you could hardly see them on
- front indicators where badly cracked
- fender mirrors where cracked and wobbling around

That was the main things I found. Keep in mind this truck only had 230 000 km on it and it was obvious it had been used as a weekend toy / eye candy . 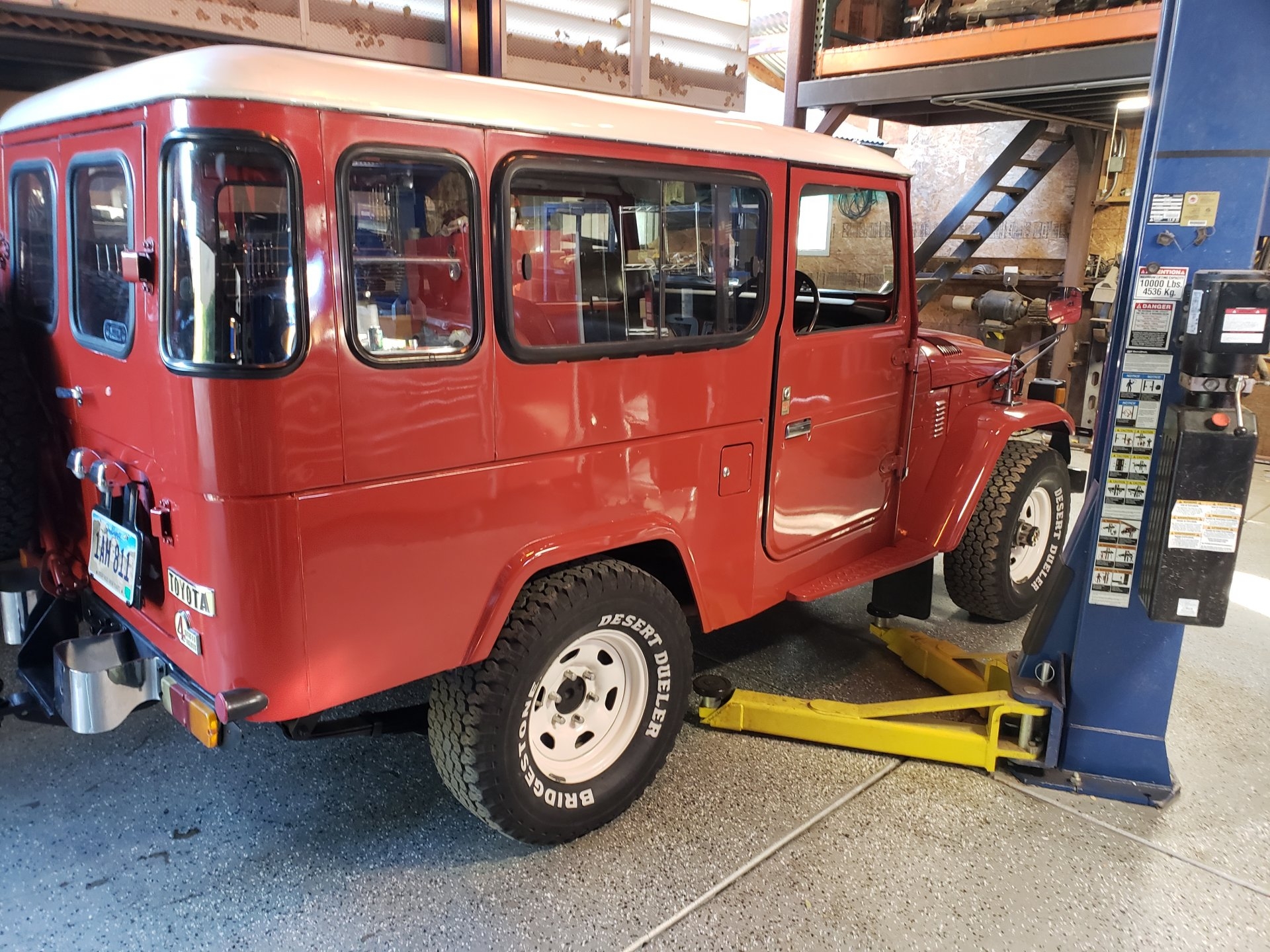 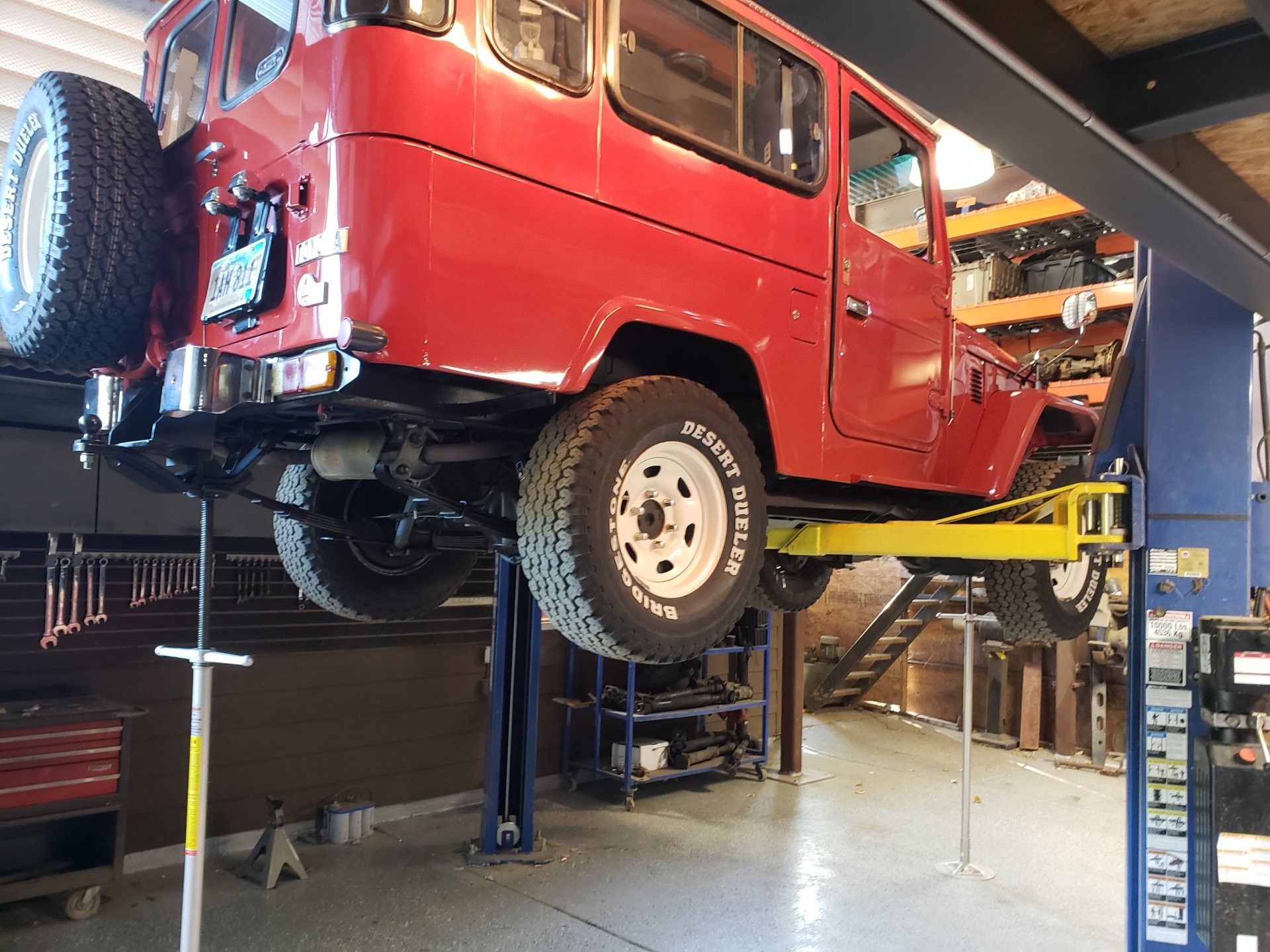 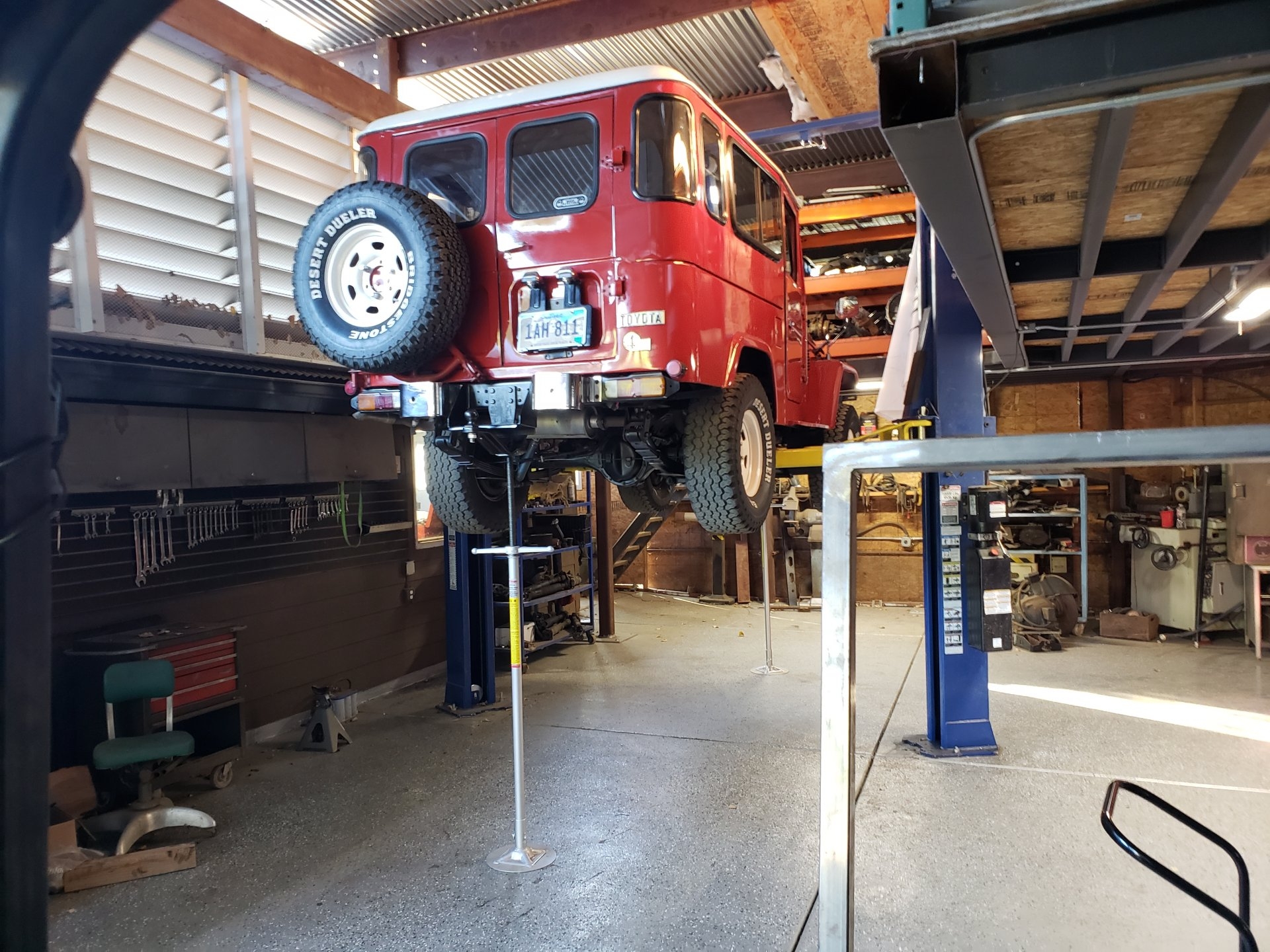 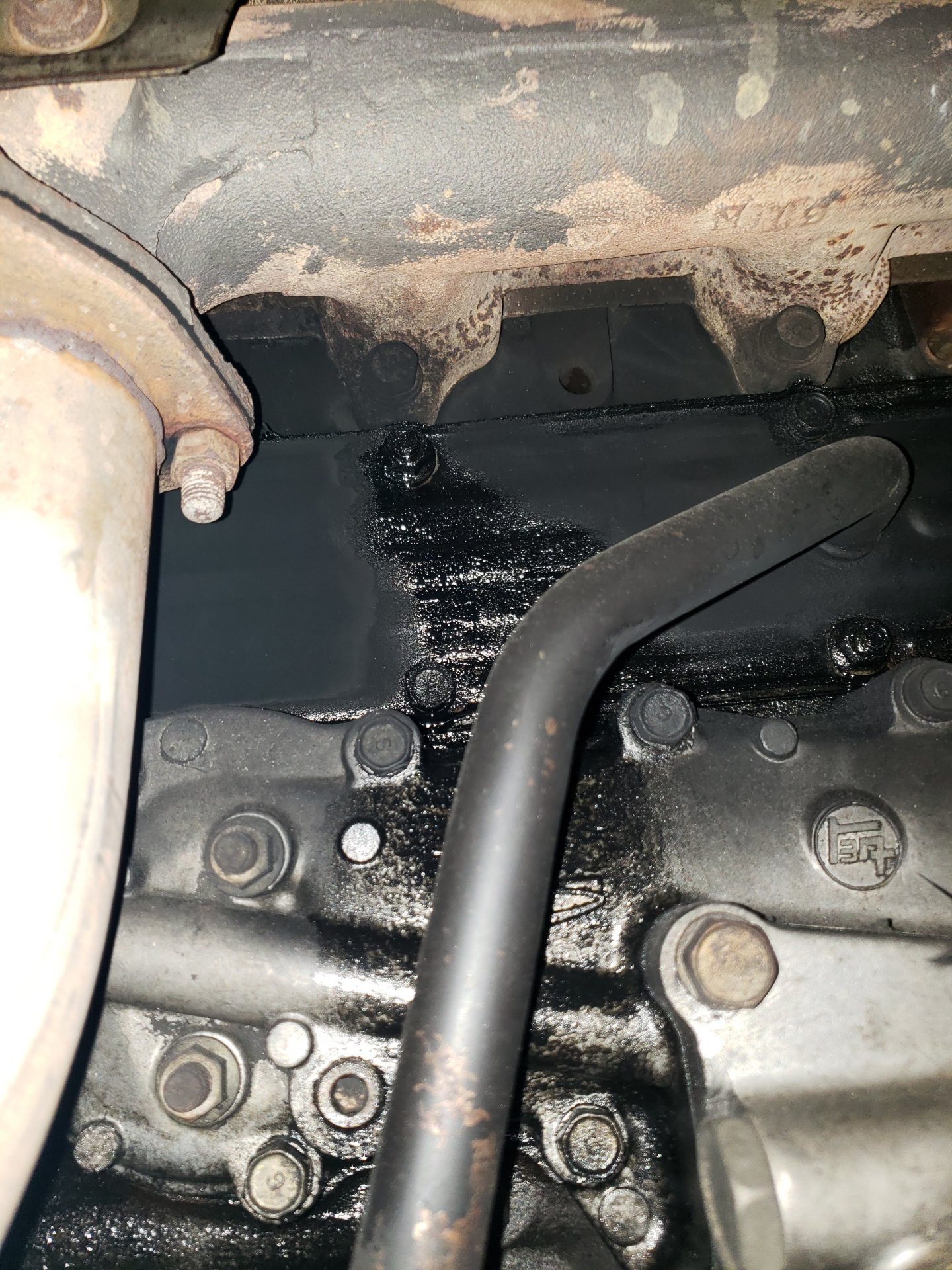 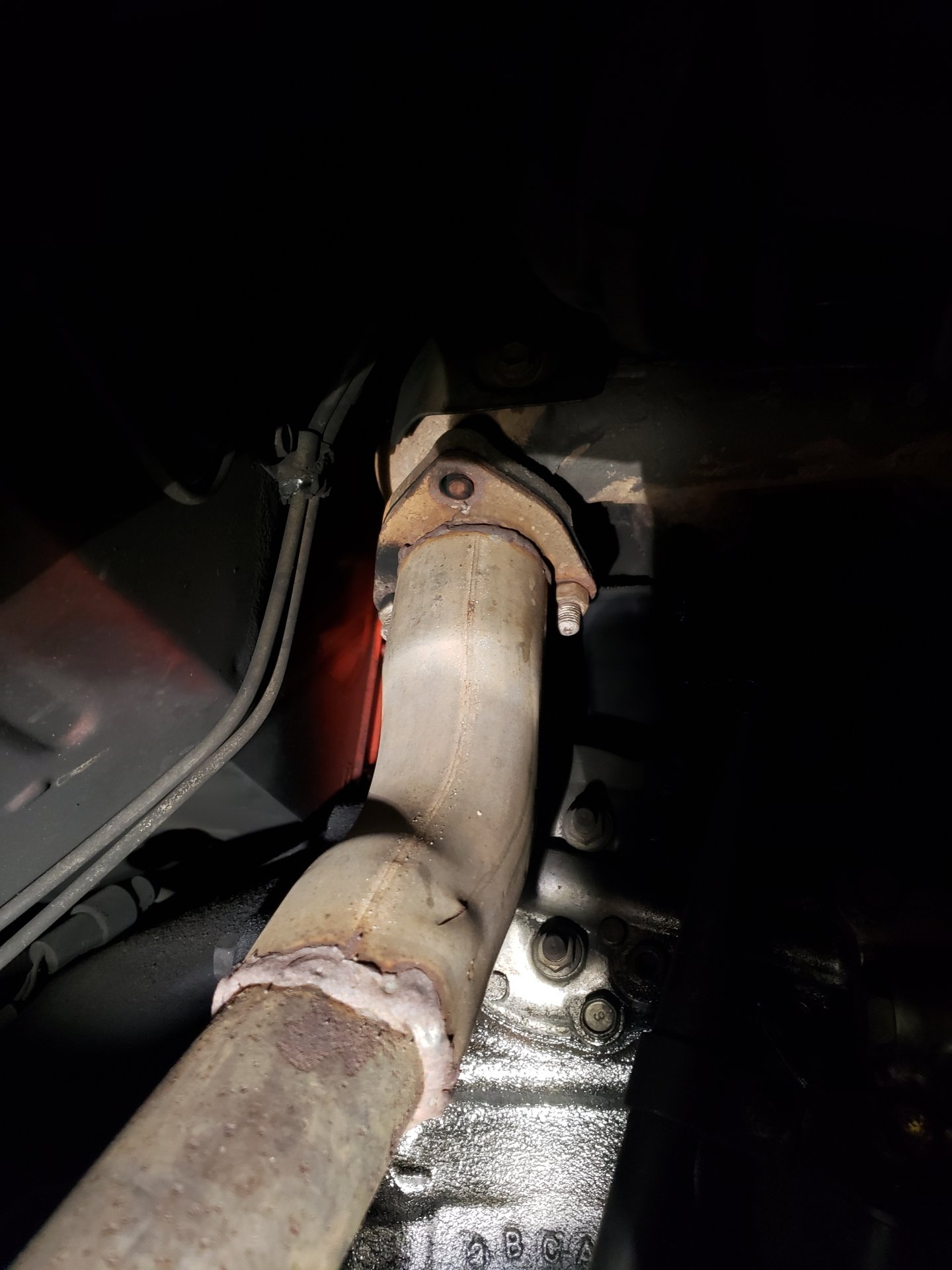 My plan is to make the BJ46 a daily driver so it needs to be safe, reliable and not a complete slug. A lot of what I am going to do is based on my years of BJ 42 ownership and what I have found works.

So in no particular order the Punch list is :

I am sure I will find other things as I go and I don't intend to do it all tonight so it will evolve. As well as the above punch list it will get full service and flush and base line I am happy with.
Last edited: Jul 24, 2021

Visit site
Very cool. So is the same wheelbase as a 43?
B

WarDamnEagle said:
Very cool. So is the same wheelbase as a 43?
Click to expand...

Visit site
Good thing about the BJ46 is the extra storage space you get behind the rear seat, you can easily fit you new rims and hubcaps Big shout out to Toyota for keeping them available even after all these years . 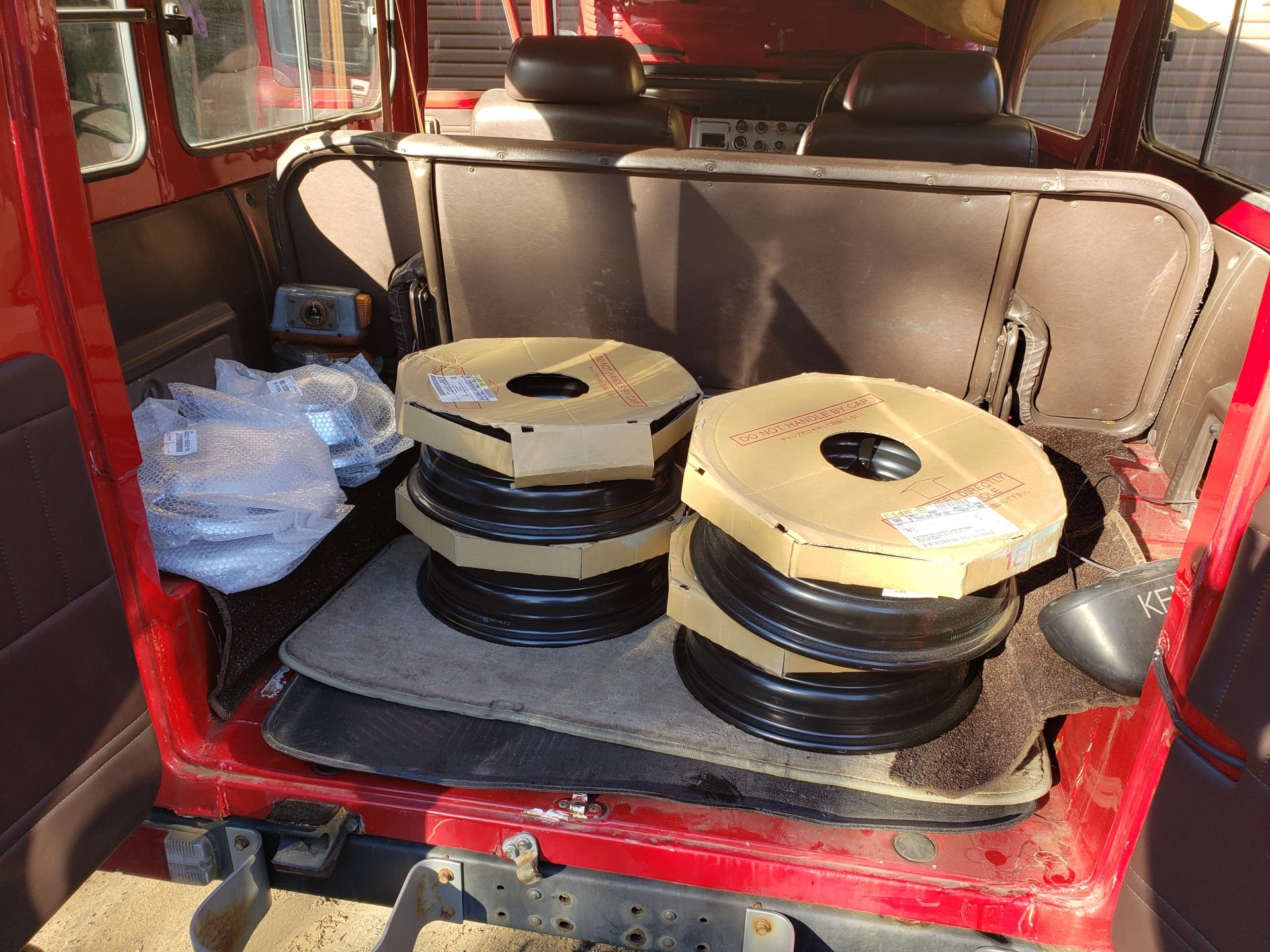 Visit site
To fit the 33 x 10.5 x 15 on the stock Toyota Rims I am going to need to give the old girl some lift. Luckily Cruiser Outfitters have a clue and can provide a set of OME Leaf Packs to suit the BJ46.

Before fitting this was ride height with what I think are stock leafs. 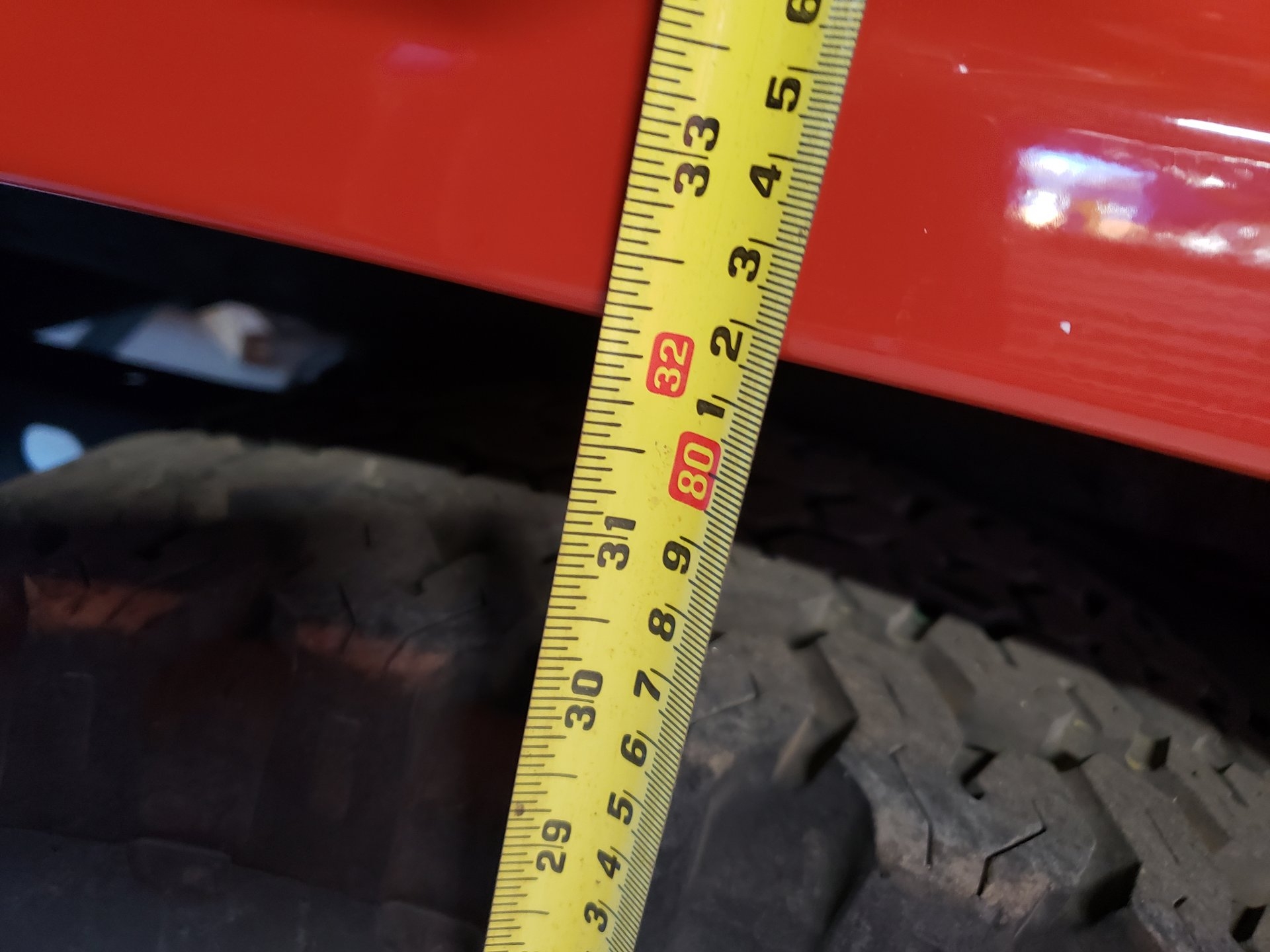 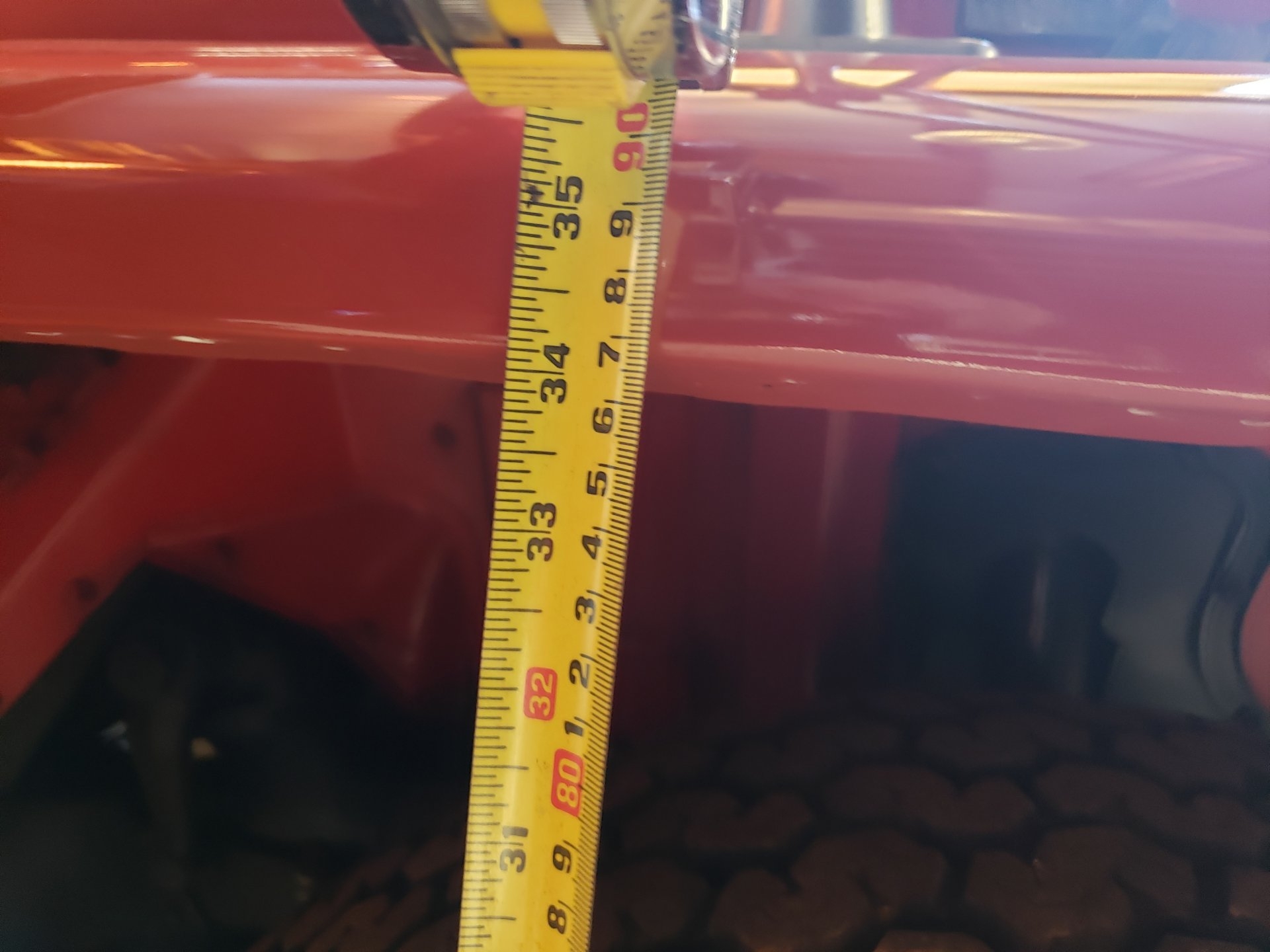 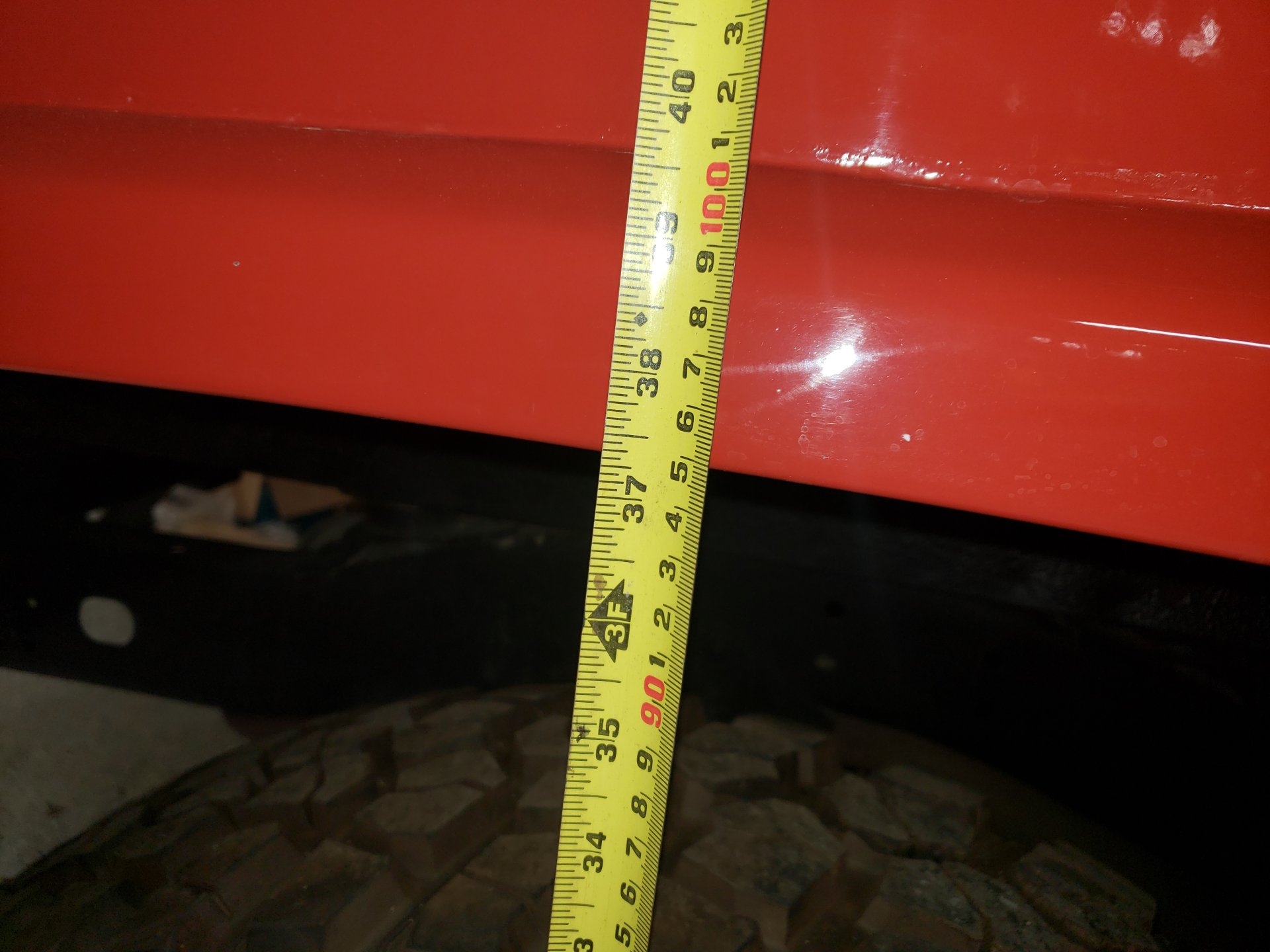 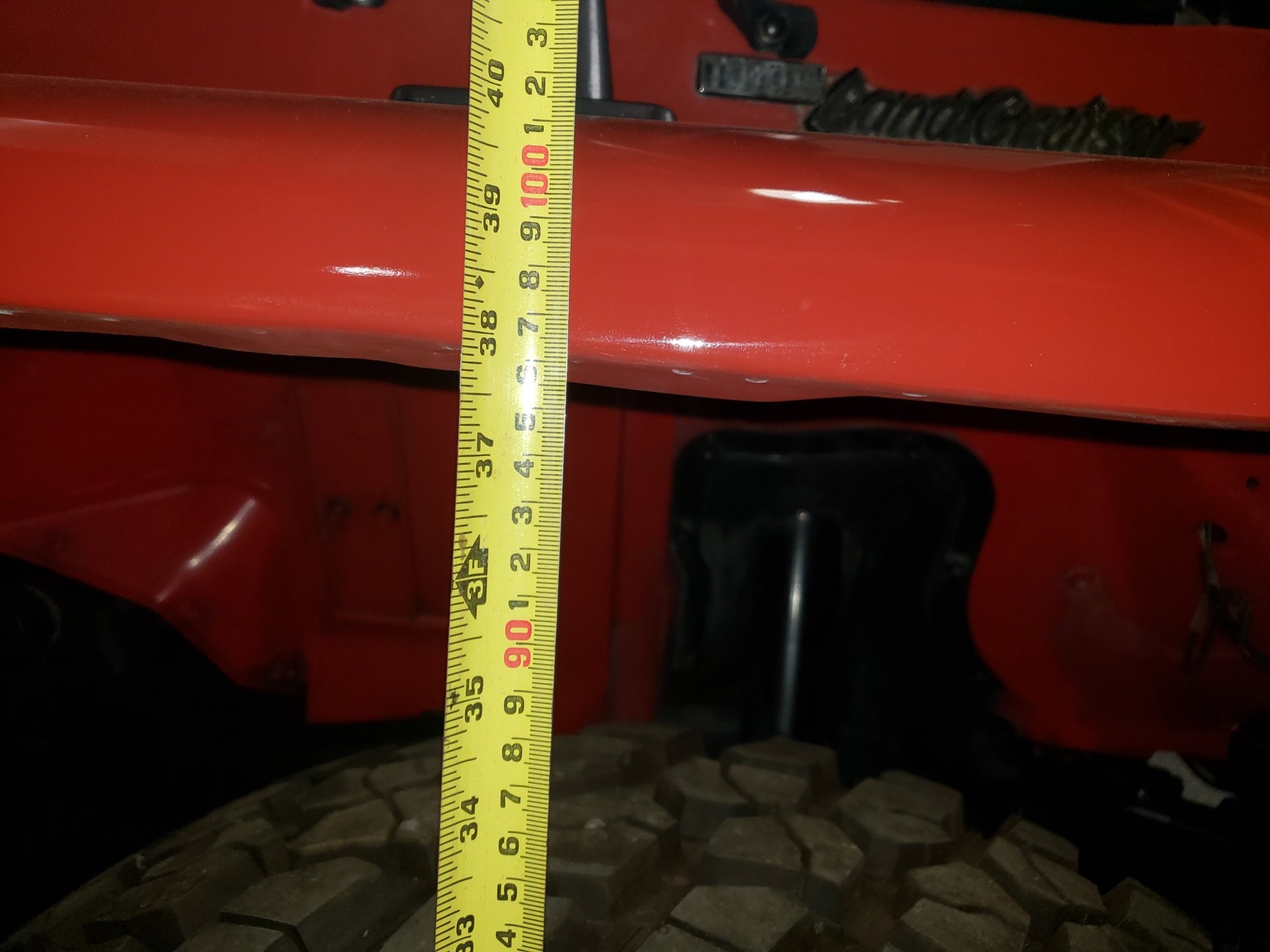 Visit site
Of course it wouldn't be a build without some Fox shocks, the big benefit of the FOX's is that I can tune them to my like and set both compression and rebound in an attempt to get an Old 40 to ride a little bit better. I will mount the canister on the cross brace with the supplied clamp kits for now. 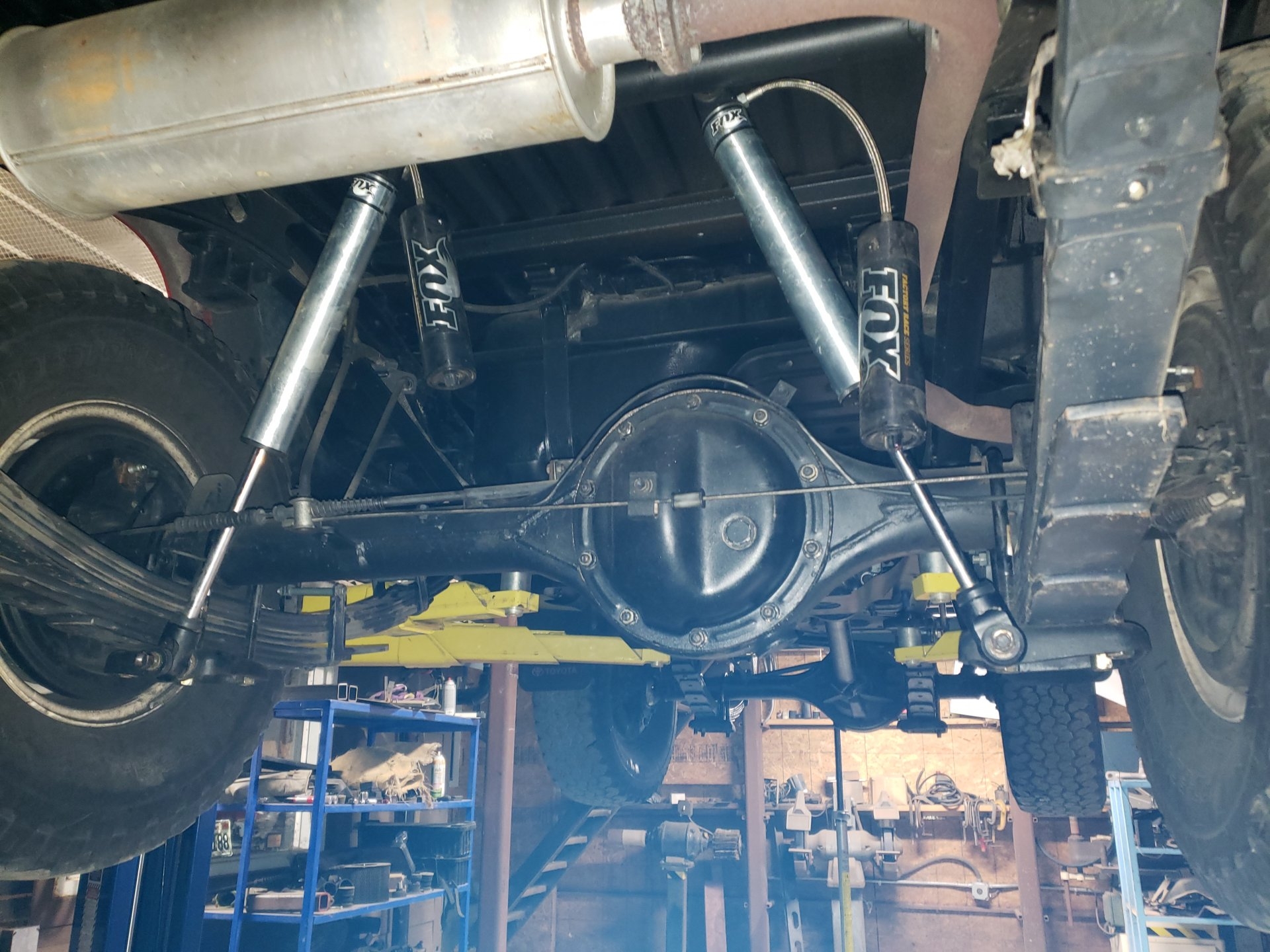 Visit site
And that is about it for the suspension, off with the old and on with the new.

Now I have bigger wheels I need some more power 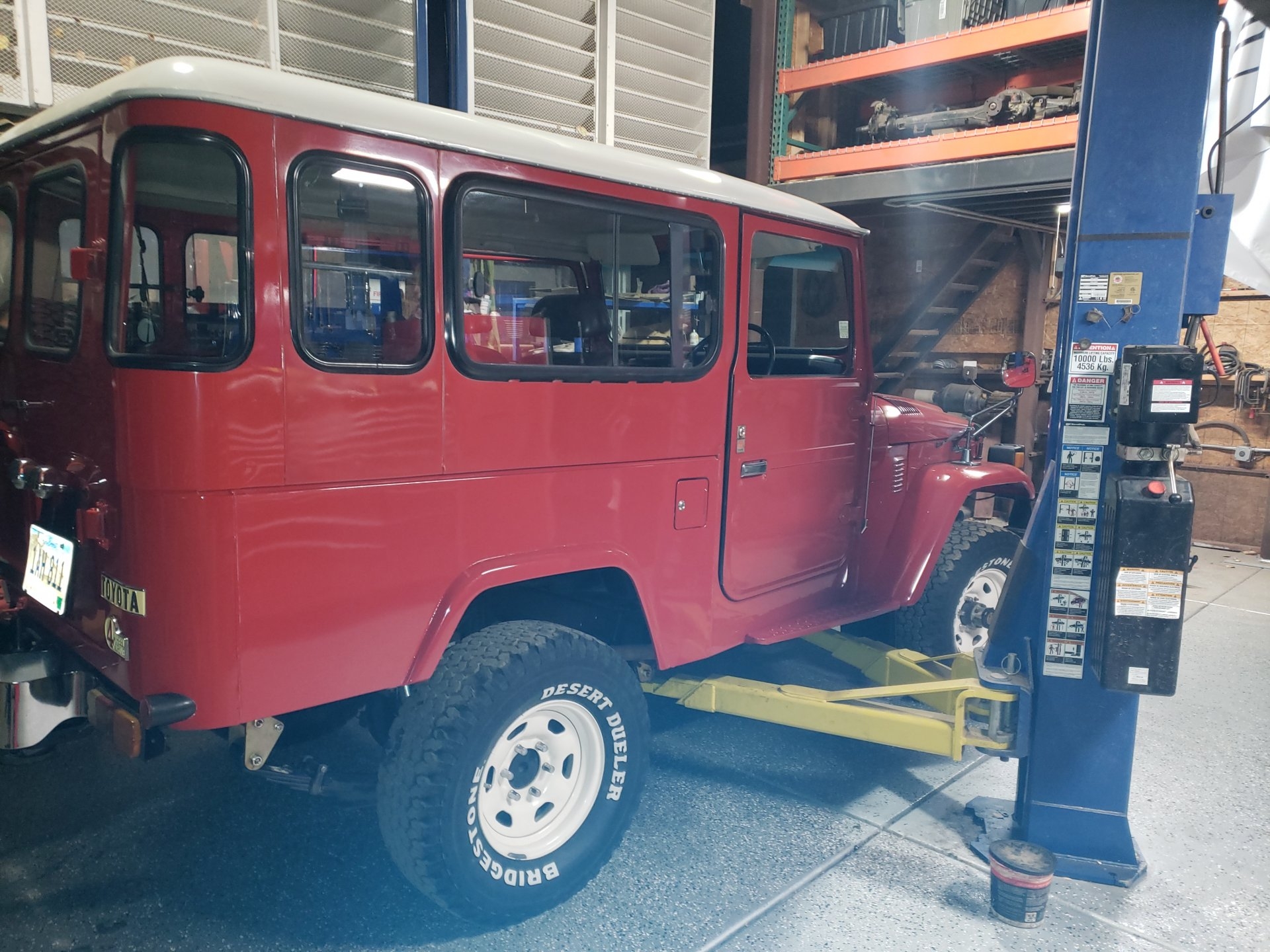 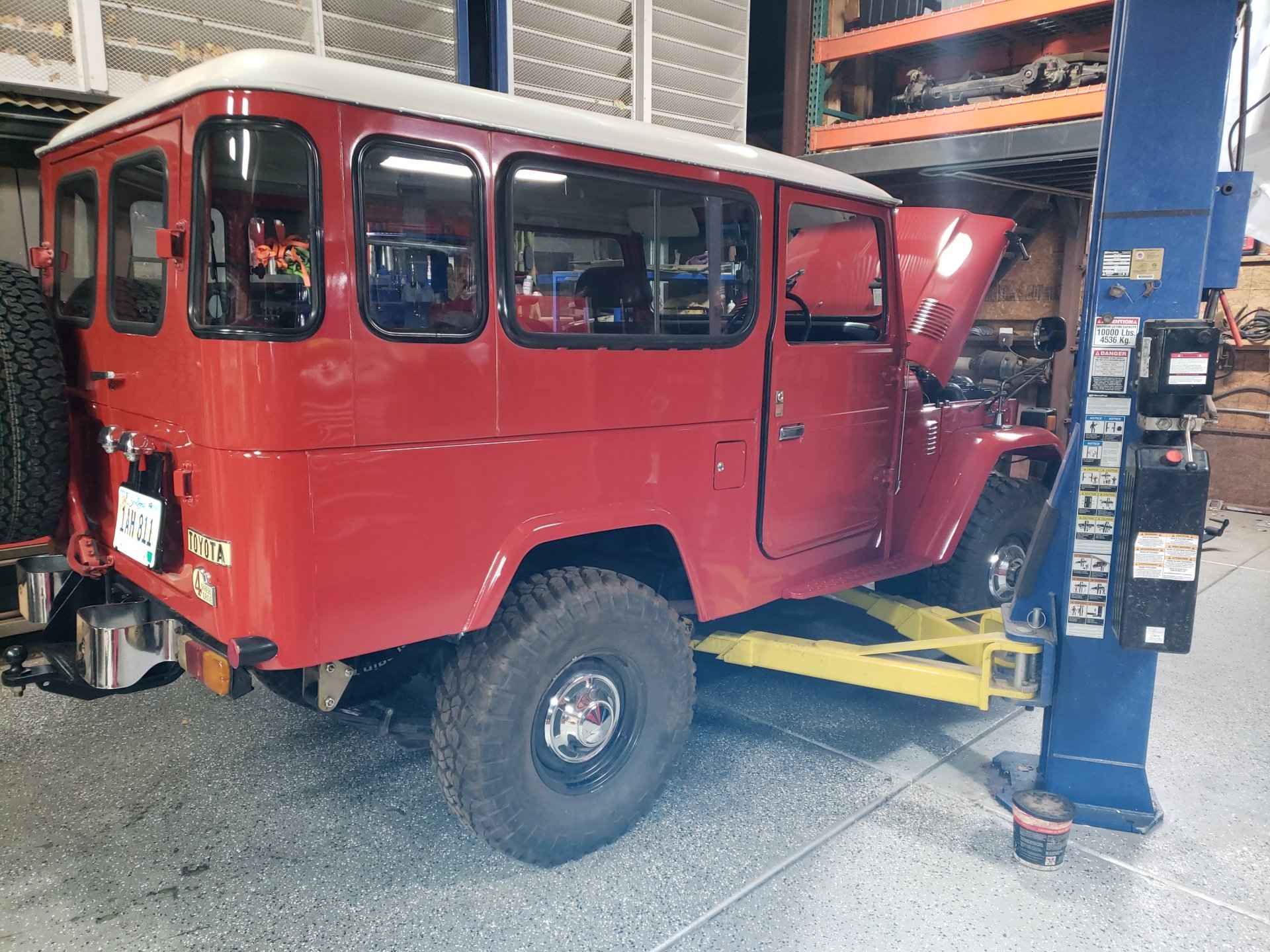 BarnFab said:
Of course it wouldn't be a build without some Fox shocks, the big benefit of the FOX's is that I can tune them to my like and set both compression and rebound in an attempt to get an Old 40 to ride a little bit better. I will mount the canister on the cross brace with the supplied clamp kits for now.

Can you share the model of shocks you're using? Off the shelf or a custom spec'ed set?
B

EWheeler said:
Can you share the model of shocks you're using? Off the shelf or a custom spec'ed set?
Click to expand...

Shocks came from DownSouth Motorsports, I just told them the lift i had and they sent them over. I will see if I still have the invoice and if not will see whats on the top next time I am under it.

46 Series are rather rare. You got yourself a nice one.

46 Series are rather rare. You got yourself a nice one.

Visit site
When I got the BJ46 it had an exhaust leak, of course it also had an invoice for new exhaust gasket, I see why people hate mecahnics when you read through the list of "work" they were charged for an compare it to the truck .

Luckily for me I was planning to pull the exhaust manifold anyway in search of more power, more noise and les fue economy

No damage found and being a 40 I had the pleasure of removeing the friont fender to make getting the new manifold and exhaust etc in all that much easier . 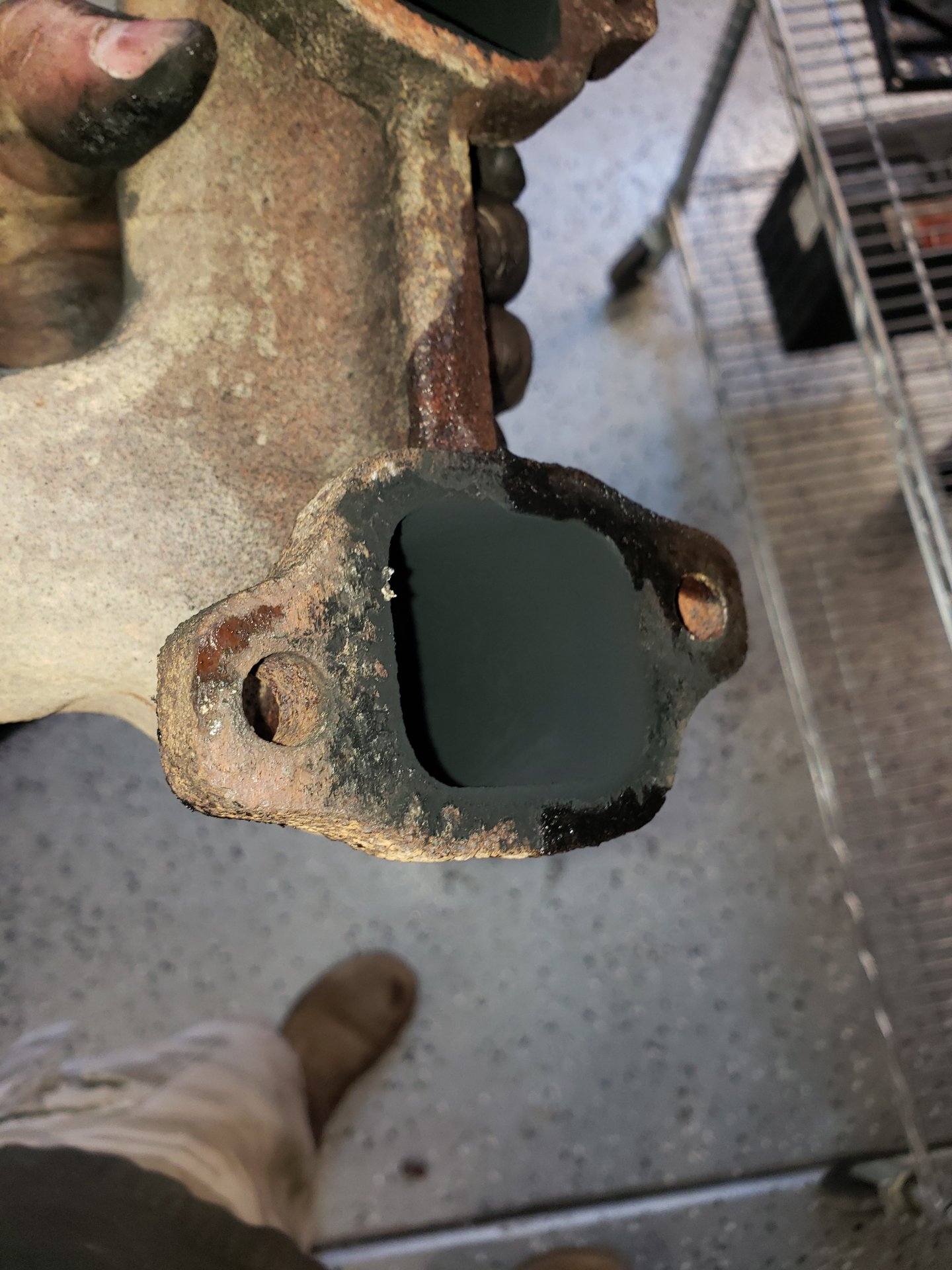 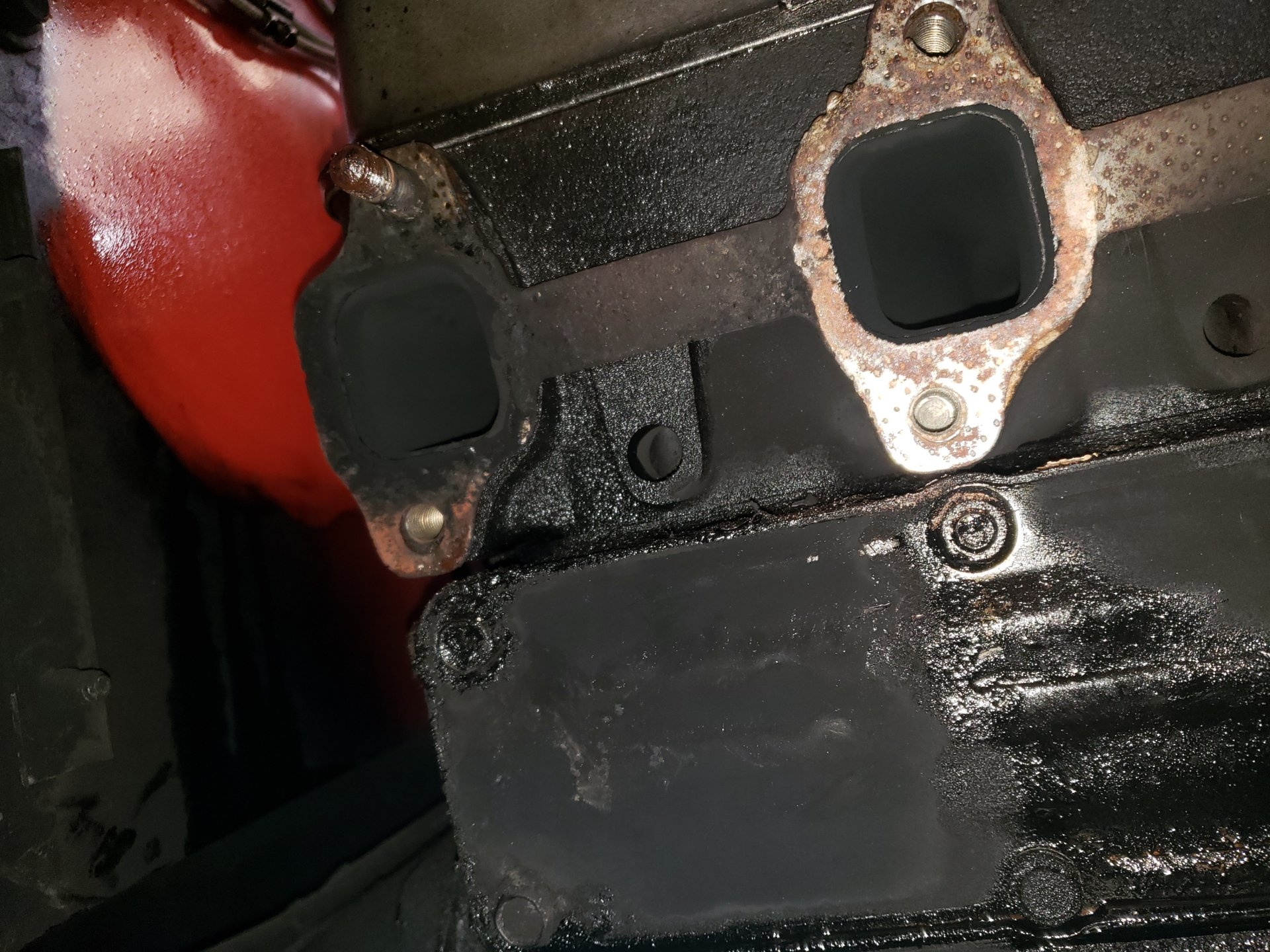 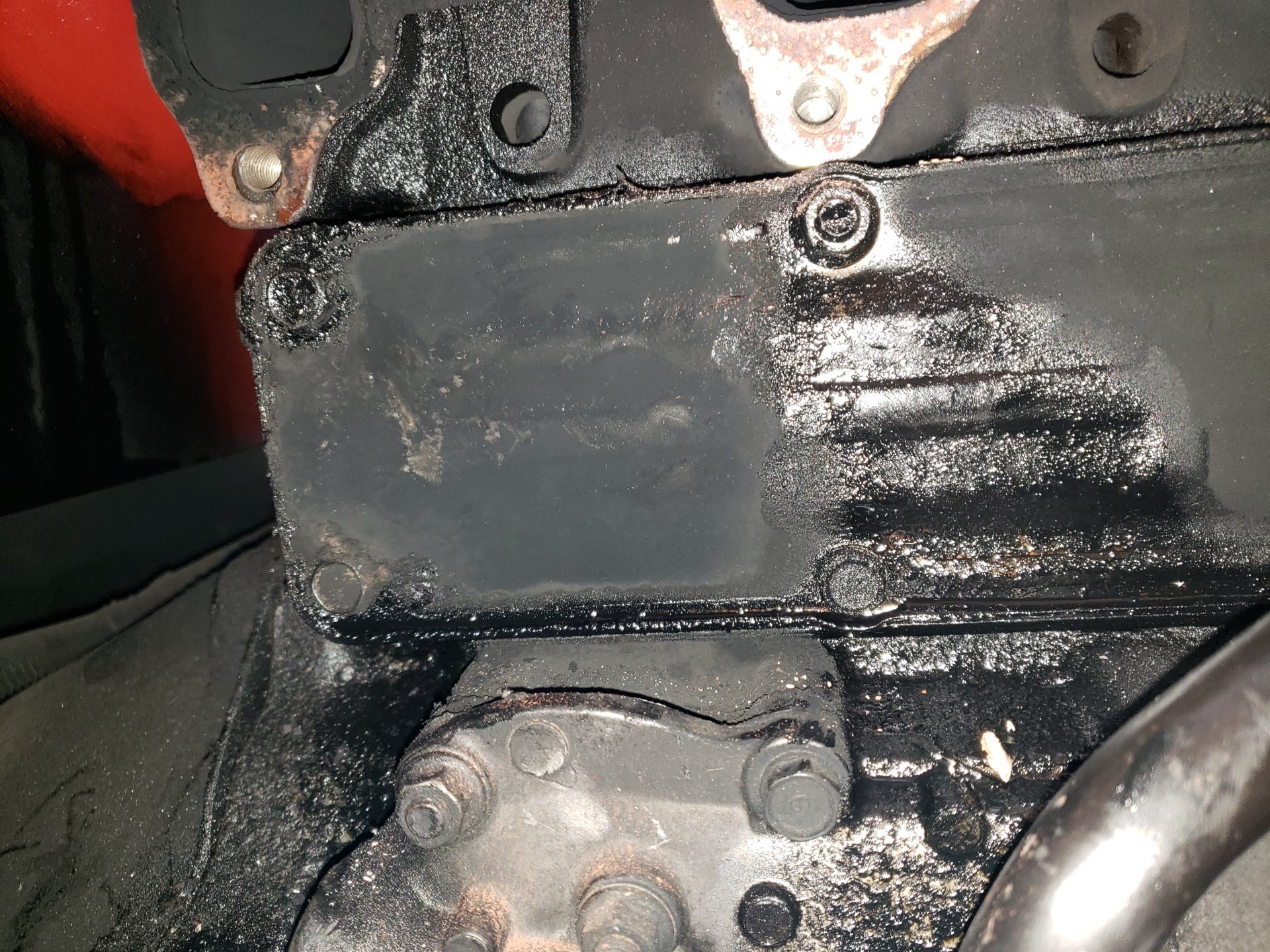 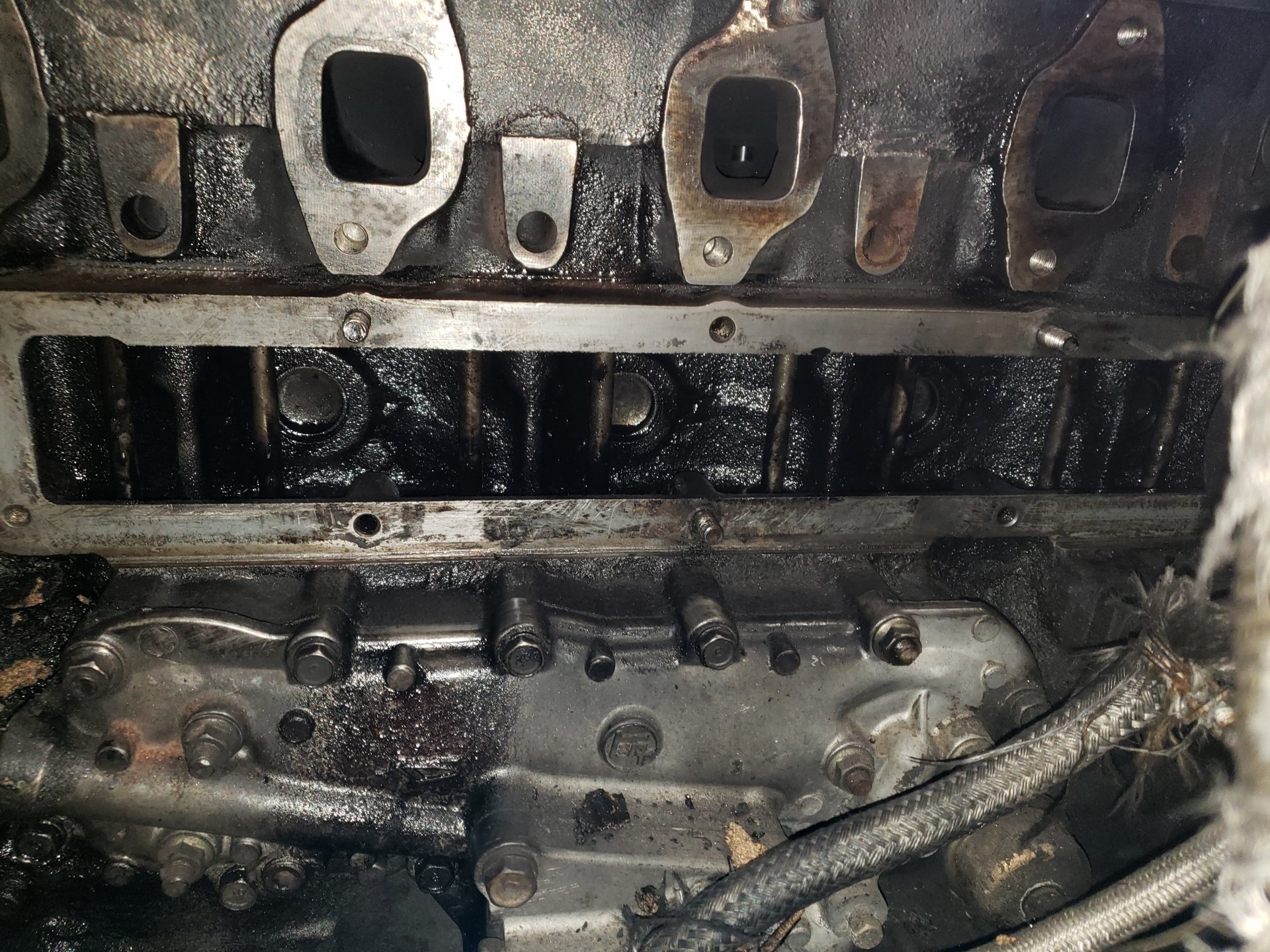 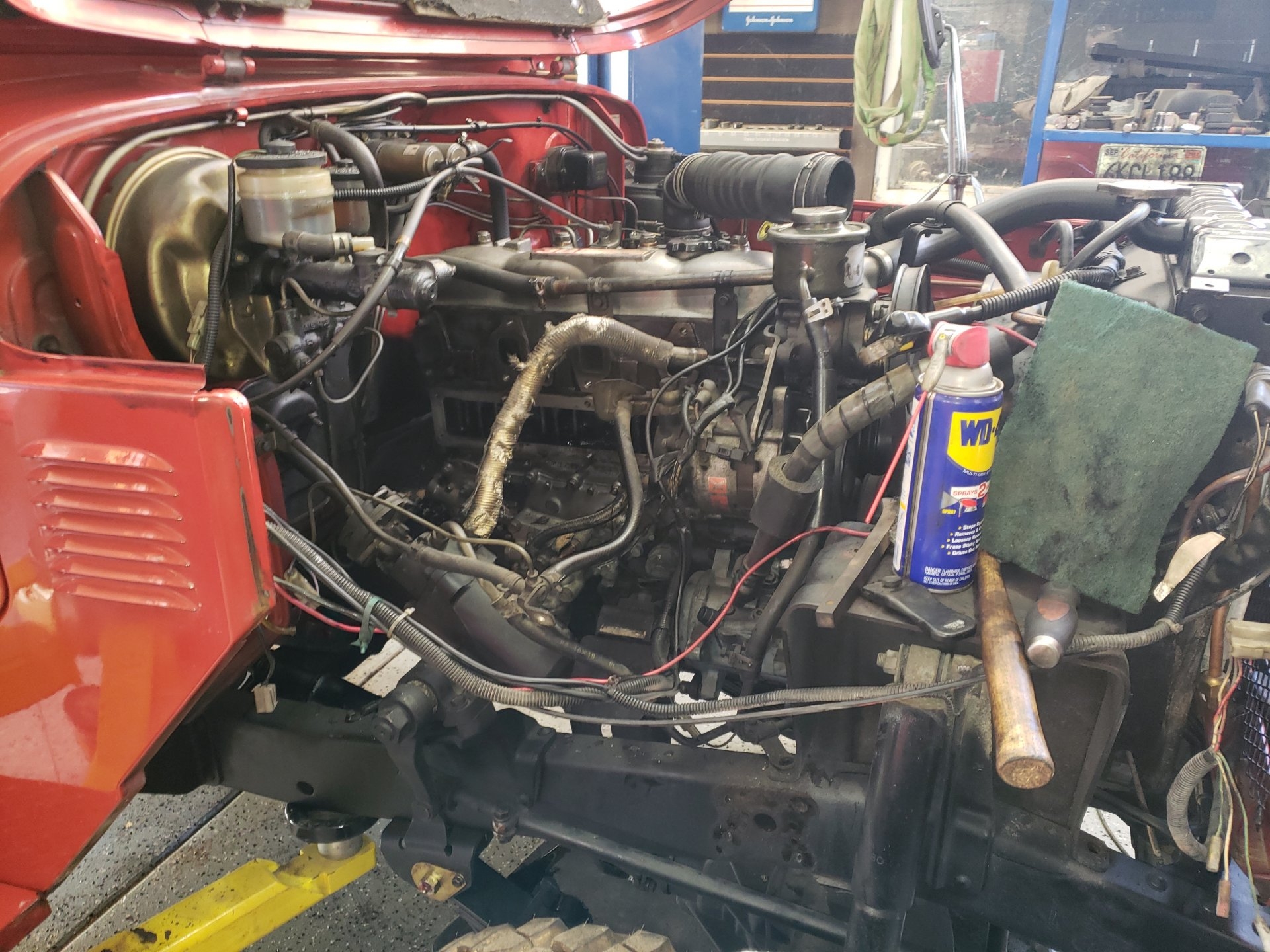 EWheeler said:
Can you share the model of shocks you're using? Off the shelf or a custom spec'ed set?
Click to expand...

Visit site
Sweet rig and thanks for the shock part numbers. Keep updated on how it rides.
B

snaggletto said:
Sweet rig and thanks for the shock part numbers. Keep updated on how it rides.
Click to expand...


No worries will do, being a MWB it should be better than a Shorty straight up
B

Visit site
Doesnt seem to be a huge amount of interest so I will skip over the deatils and just cover the main points. 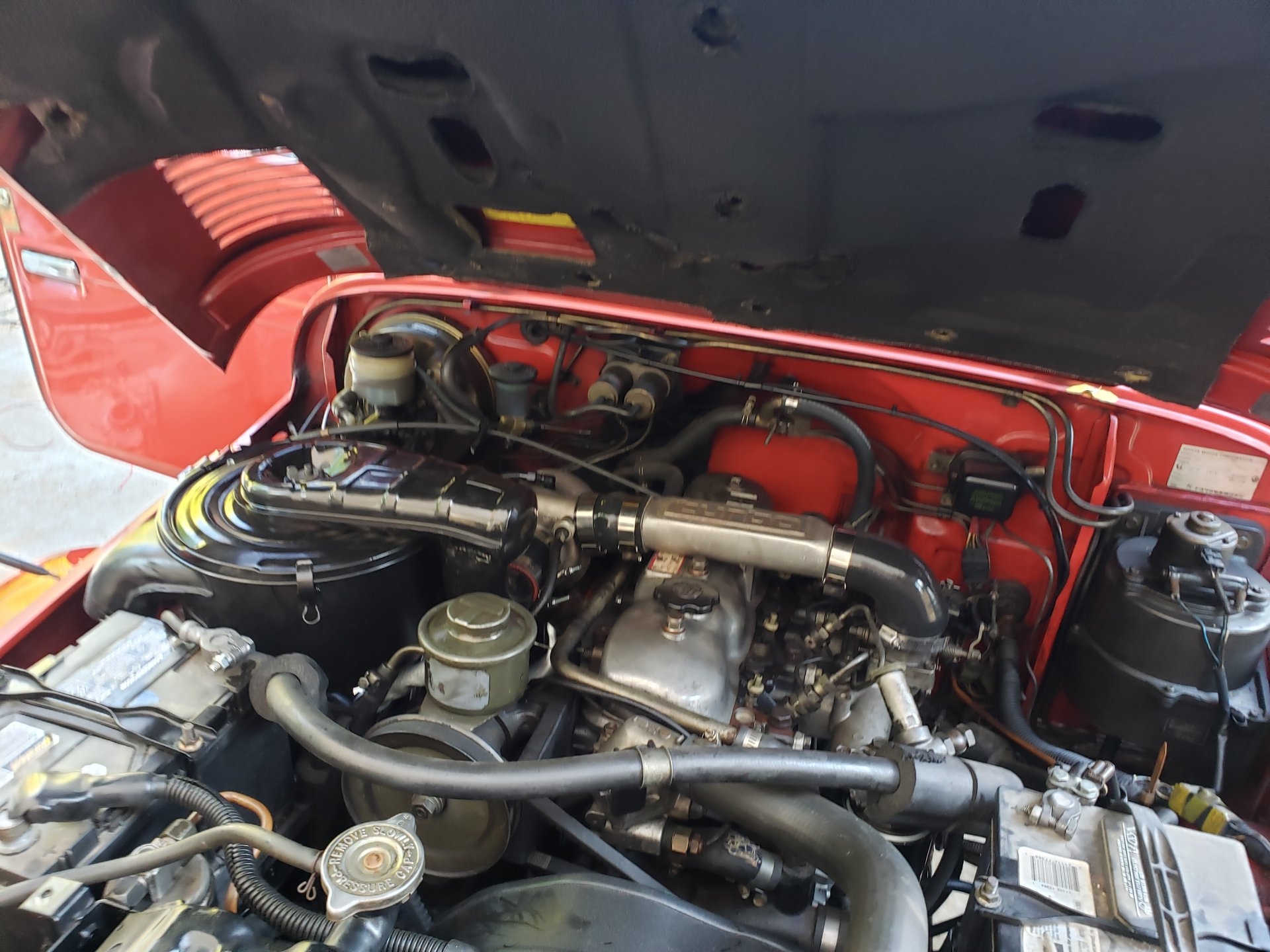 thinking of upgrading battery cable to 1AWG from 2AWG thoughts?