About a year ago I sold my Jeep ('09 Rubicon 2door). It was an amazingly capable vehicle and even straight off the lot it took on some serious trail. The problem with it, though, quickly became apparent: outside of a small cooler, there's not that much room. Probably something I should have realized before dropping a bunch of dough on upgrades, but hey, at least the guy who bought it from me seemed happy...

Since then, I've halfheartedly been trying to figure out what I wanted in an 'adventure' vehicle. I'd probably "made my mind up" on exactly what I wanted at least a dozen times before changing my mind, or being unsure long enough for someone else to buy what I was looking at. The night before I bought the 80, I'd committed to buying a brand new Tacoma Off Road. It was capable, roomy, had aggressive styling, and would get the job done. I pulled the title to my daily driver, laid in bed, and spent the next 4 hours sweating and fretting over even the thought of taking a brand-new $38k truck into the wilderness and strapping down my soon-to-be daily driver with heavy gear and modifications. After all, I'd had the Jeep and while I built it right and it looked great, it could still be a chore to manhandle the 35" tires and hundreds of pounds of bumper and armor around to the office on a daily basis. Not to mention, on a trail I was constantly worried that I'd incapacitate the same vehicle that took me to work every day. I didn't want to do that again.

Saturday, August 27, I found what I'd been looking for. I'd (once again) decided my made-up mind needed to change and I spent the morning looking at 60s in the area. Found a few interesting options, but nothing that really screamed my name. Then, I got a text from a friend and mud member about an 80 he'd found on Craigslist: a 1995 Land Cruiser with 95,000 miles.

It was so clean, so pretty... I went to kick the tires and was blown away. It looked clean in the photos, but this was like stepping back in time. Almost everything was as it was 20 years ago. The leather was brand new, recently reupholstered by the PO. It had a substantial custom rear bumper and stealth rock rails that retained the original styling of the 80. The engine fired right up and purred; no ticks, no taps. Underneath, not the slightest drop of internal fluids. Nothing. It was as perfect of an 80 as I'd seen while trolling hundreds of CL ads. The decision on what I was going to do was clearer than ever before. Just to make sure it was the right decision, I handed the PO a check before I could change my mind!

The hunt is finally over. Here is how it sits on day 1, in my garage. Just under 95,000 miles, a fresh wash and vacuum, leather conditioned and cleaned, fluids checked: 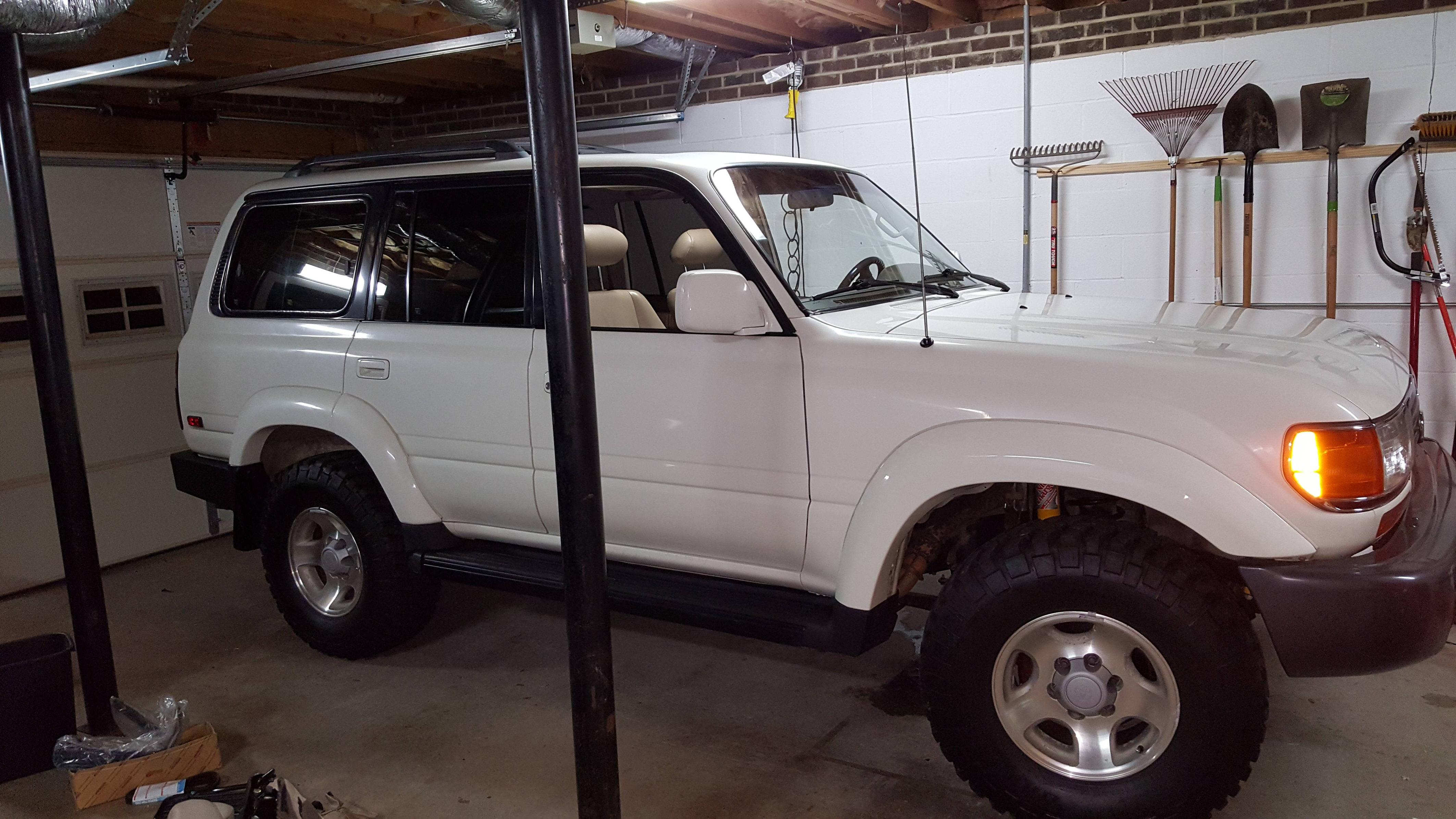 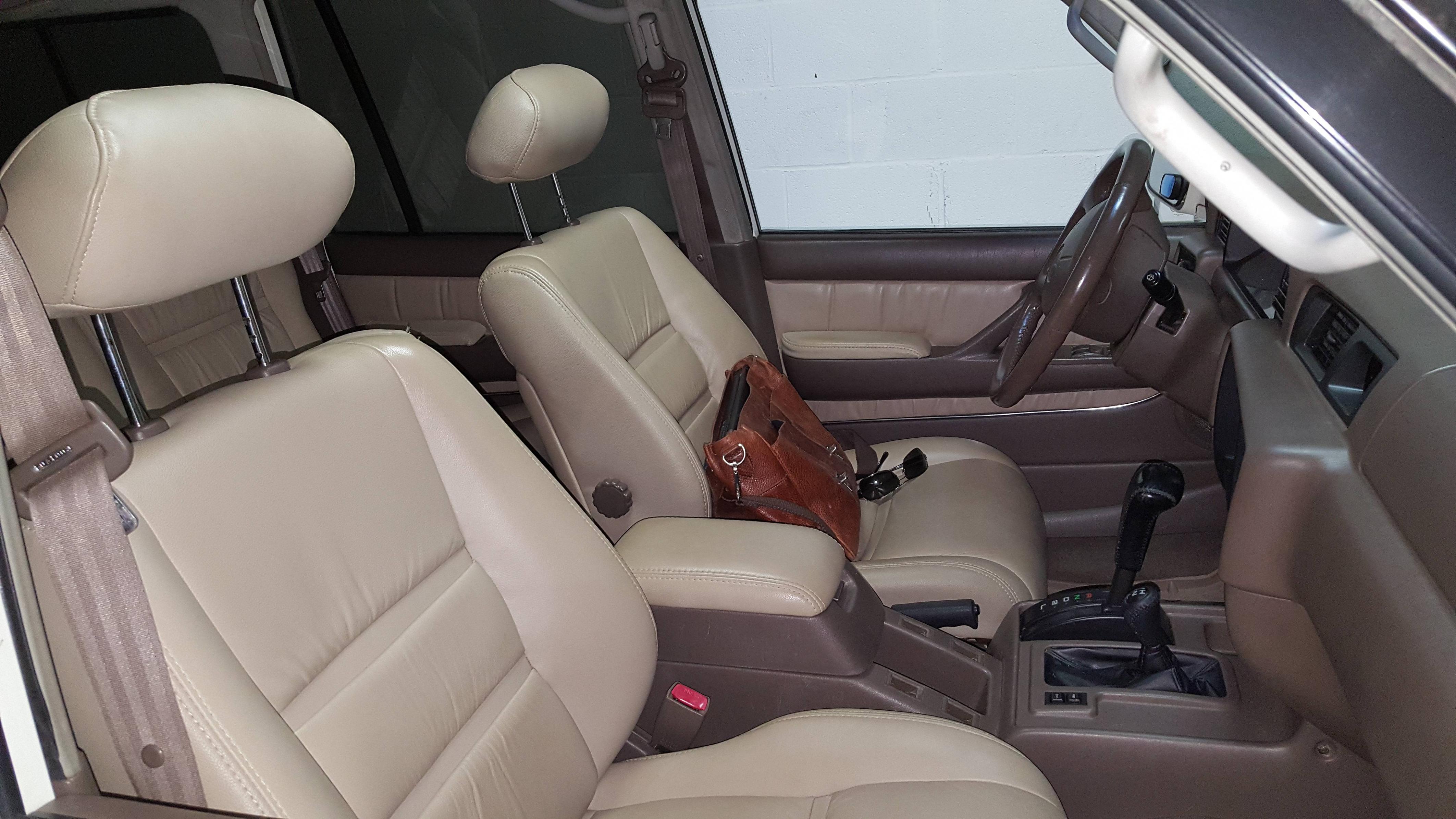 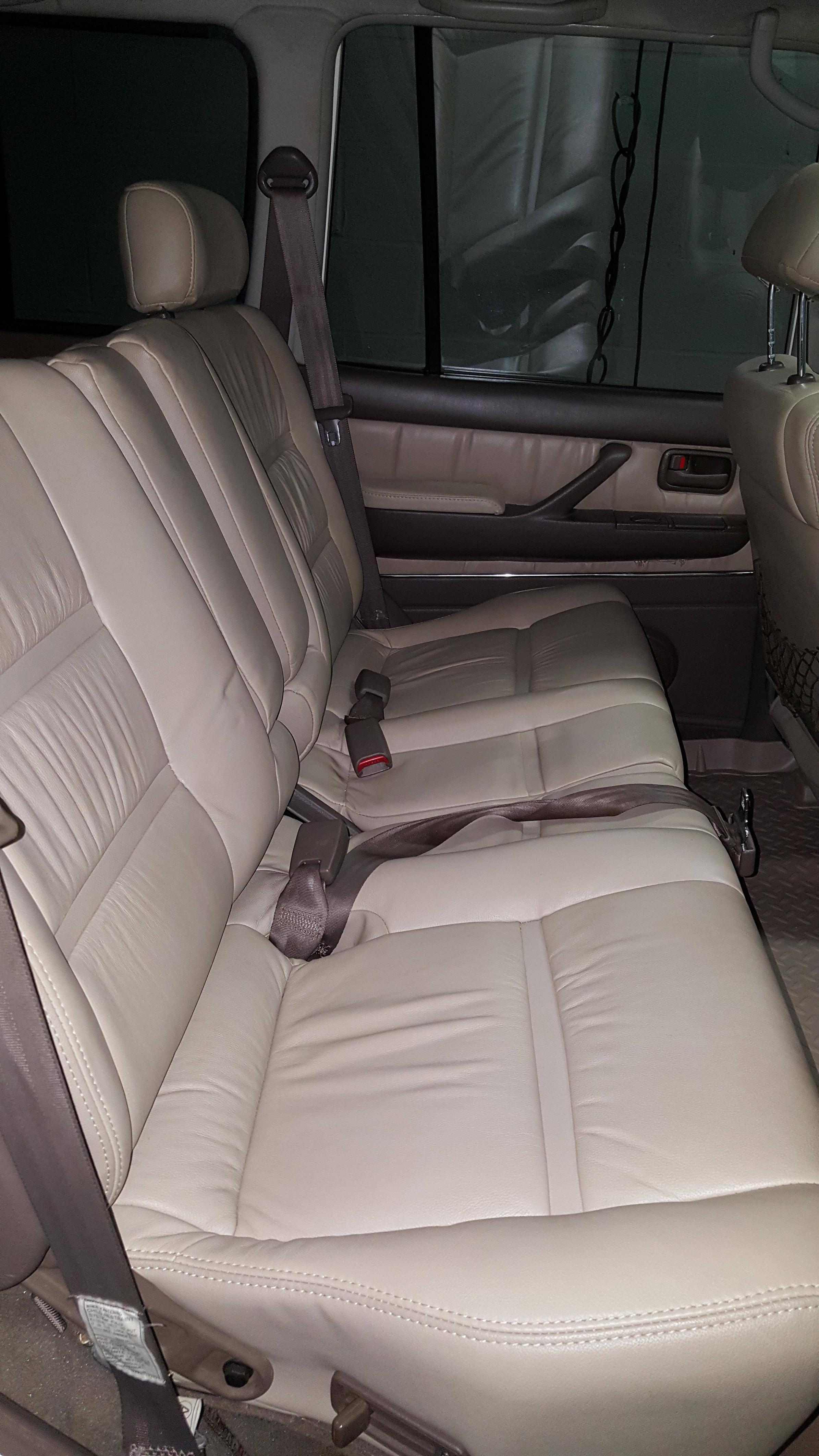 Right now, I don't have any major mods planned. I'm going to simply enjoy it for a bit. Take it on a few adventures, get a feel for what I think she needs going forward. With our first family camping trip only a few weeks ago, I'm sure I will find the pain points pretty quickly.

Modifications aside, there are some minor maintenance points I'll be tackling in the next few weeks:

Short list of probable 'next-step' mods:
Thanks for reading! I've shed my Jeep robes and have adorned those of the LandCruiser Master Race!
Last edited: Dec 12, 2016

Congrats on a beautiful truck. Any chance we might get lucky and see pics of the bumper and rails?

Thats a super nice truck you have. The PO did a great job of maintaining and modifying it. Enjoy and see you at Logans run. (Or the ale house tonight)

Wow. That rig is a once in a lifetime find. Incredibly clean... I'm not sure.. you may still have to find a truck that you can take on the trails!

skyline223 said:
Wow. That rig is a once in a lifetime find. Incredibly clean... I'm not sure.. you may still have to find a truck that you can take on the trails!
Click to expand...

drowssap said:
Congrats on a beautiful truck. Any chance we might get lucky and see pics of the bumper and rails?
Click to expand... 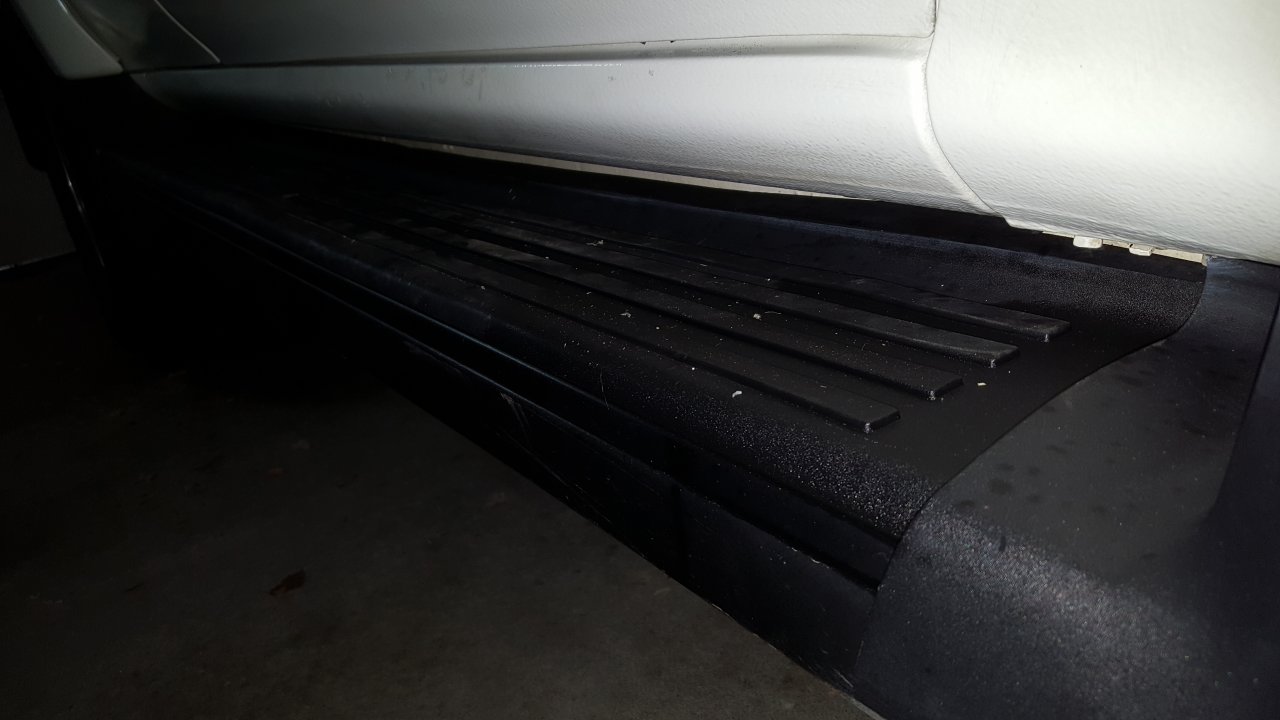 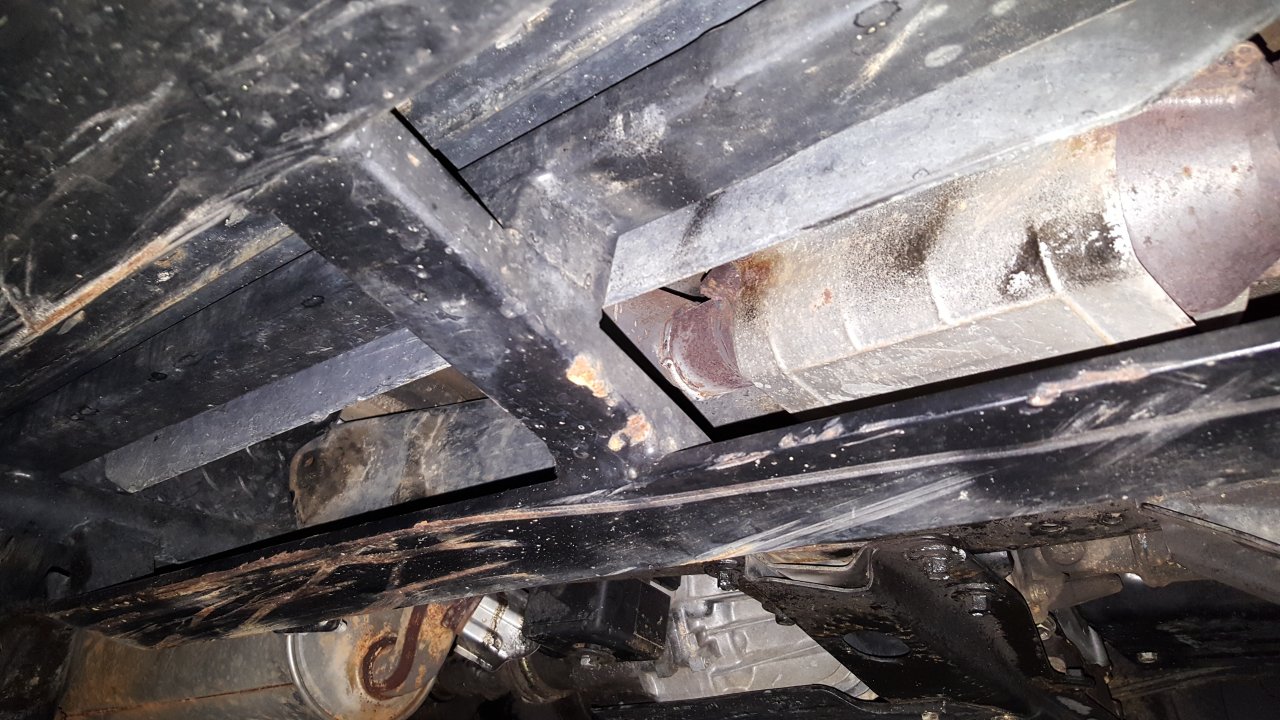 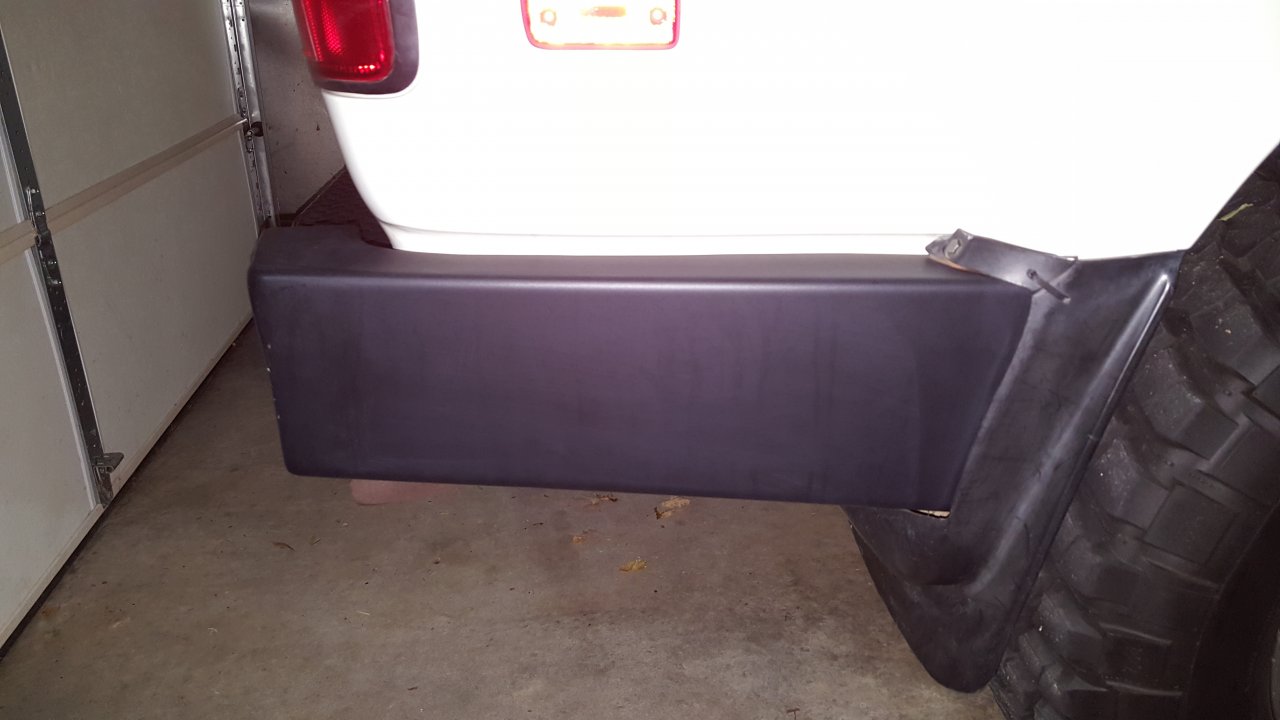 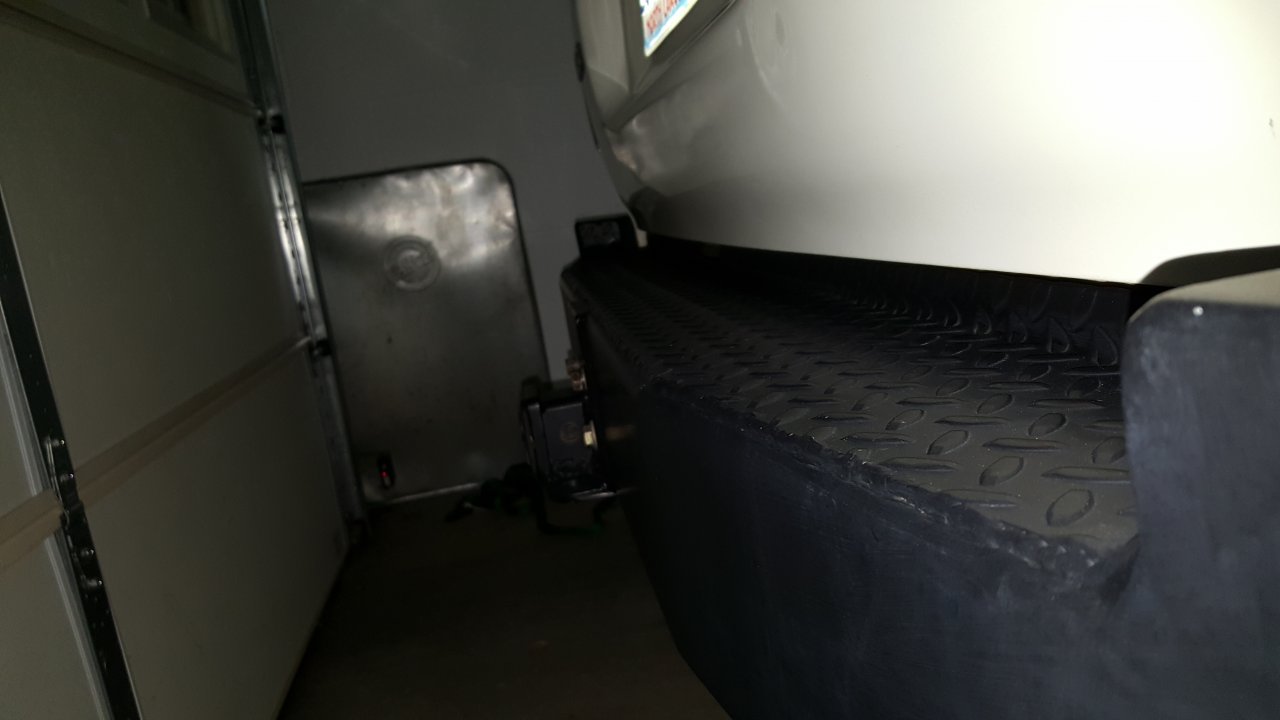 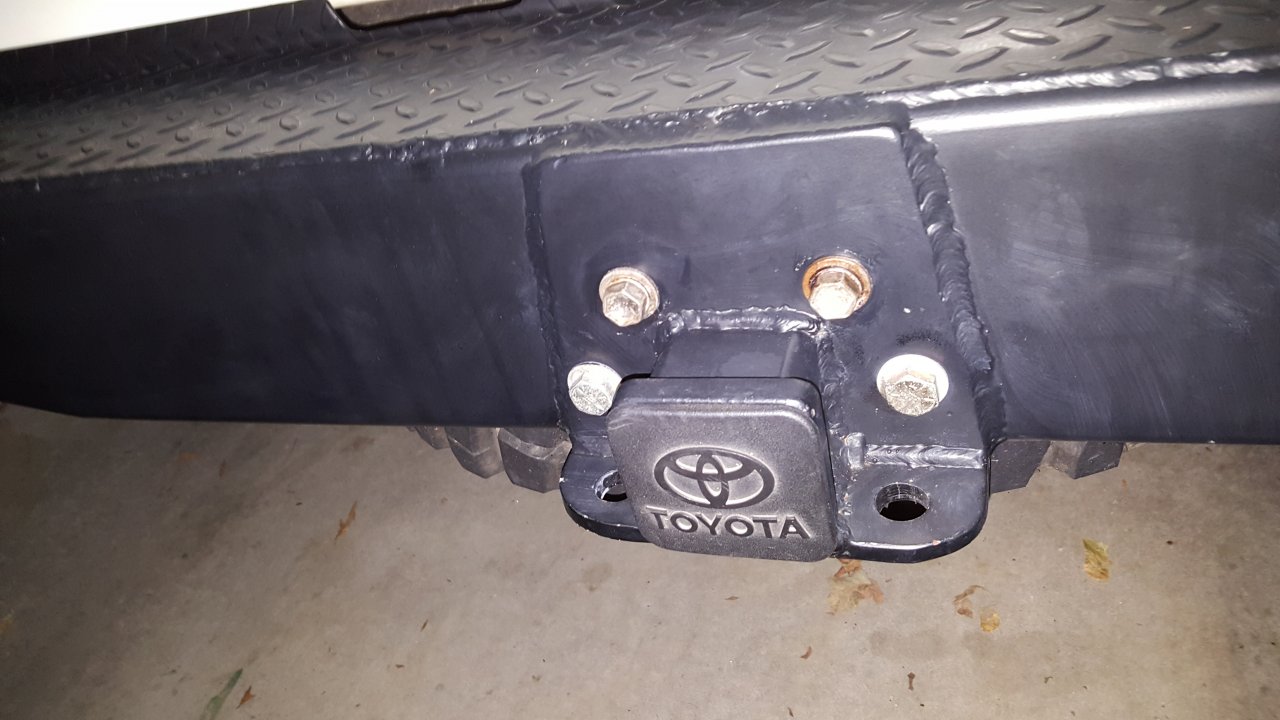 Going in too deep...

So, I took apart the front doors to replace the FR channel run and I noticed that the aftermarket speakers were going deep enough inside the door cavity that they were pushing on the window track...

The amount of force required to screw in the speakers flush just didn't sit right, so I'm not going to put them back in.

Going to order these Polk Audio DB651's in the morning, I'm fairly confident they're shallow enough to work. I even found a few threads of other 80 owners having success with them. If anyone has a different experience with them, let me know.

Until then, I'll just have naked door panels and no sound up front. Hopefully have time to get it all sorted out before Logan's Run...


Is rust ever not a big deal?

While I was poking around inside the door cavity on the driver side and greasing up the window motor track, I noticed some very light rust on a support structure: 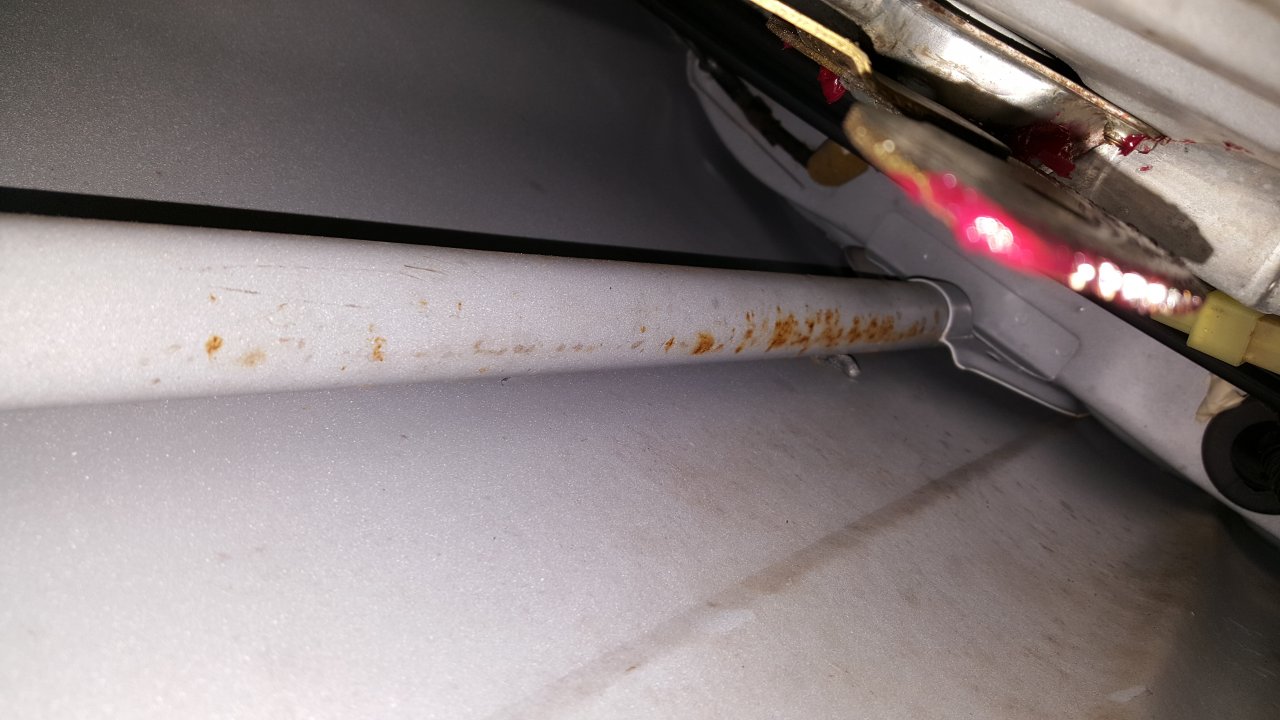 Now, I don't like any rust; however, I'm just not sure to what extent I should be battling every spot that I find. Does every discovery like this warrant trying to fit my arm in a tiny hole to sand this down, put on rust converter, and spray some paint over it? If I ignored it, how long would it take before this became a real problem (if it ever does)? Looking for some advice from you long-time wrench turners as I just don't have a lot of experience managing decay on an older vehicle.

That's it for now. Thanks in advance for any advice.

Oh, also... may not have a name, but at least she's properly branded now: 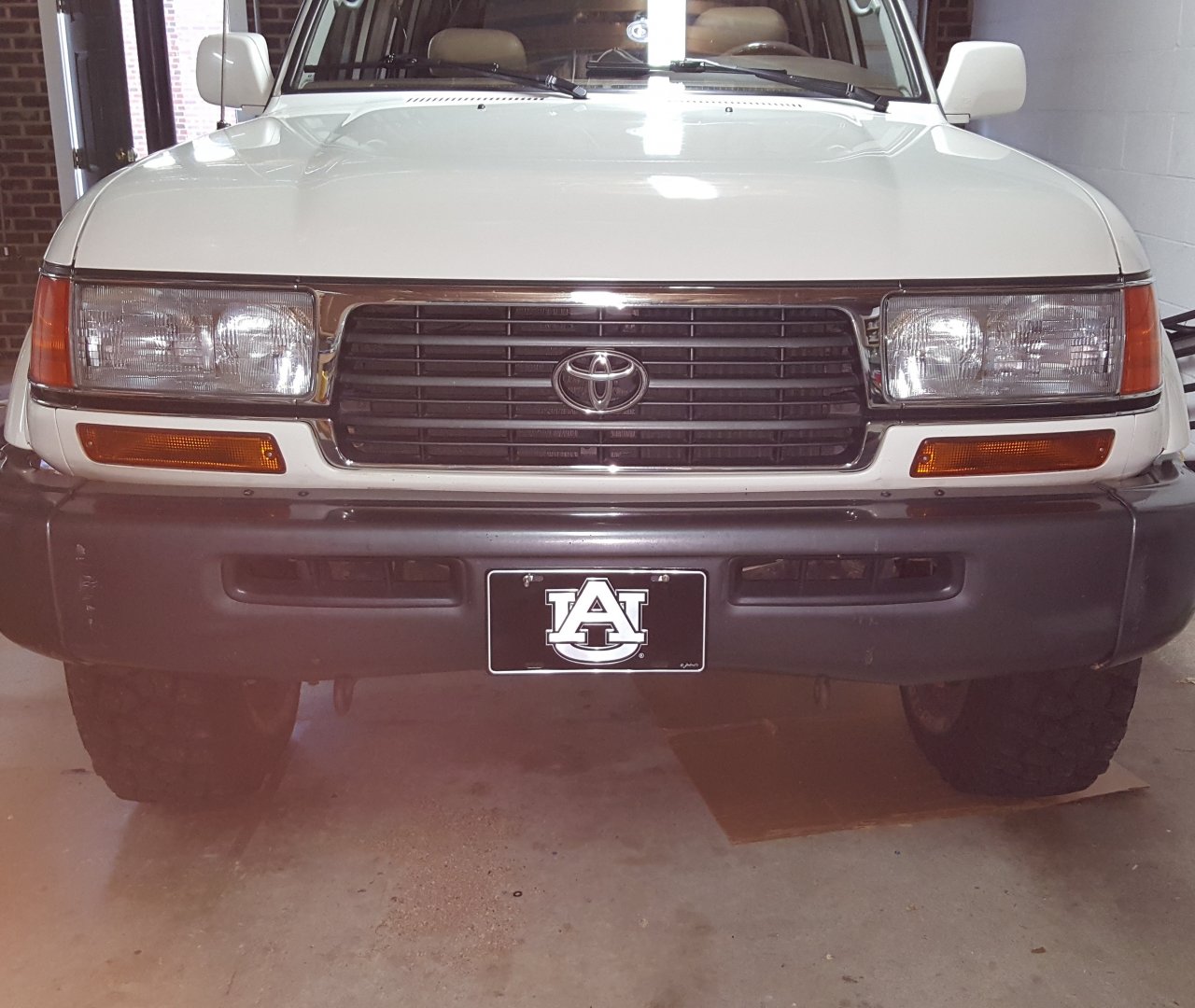 My fun budget this month has been sucked into the black hole of speaker upgrades and camping equipment to get ready for LR, but I did go ahead and get an LED kit from @pfran42: 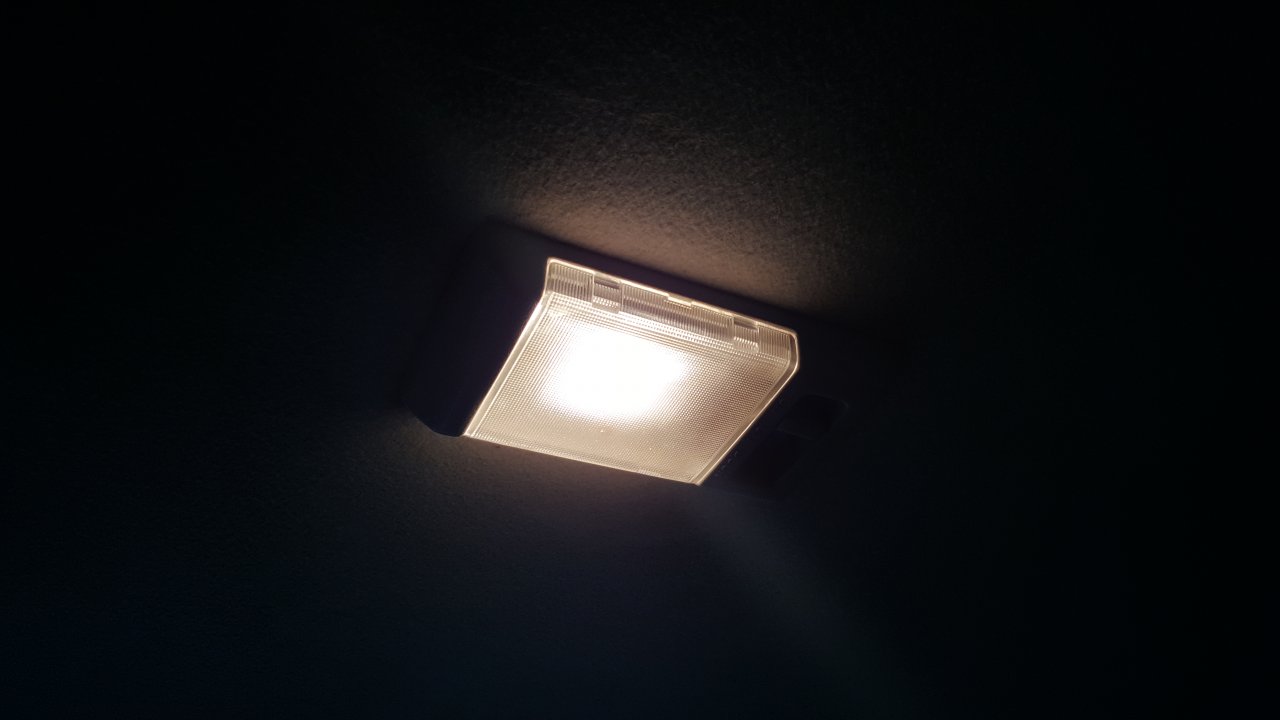 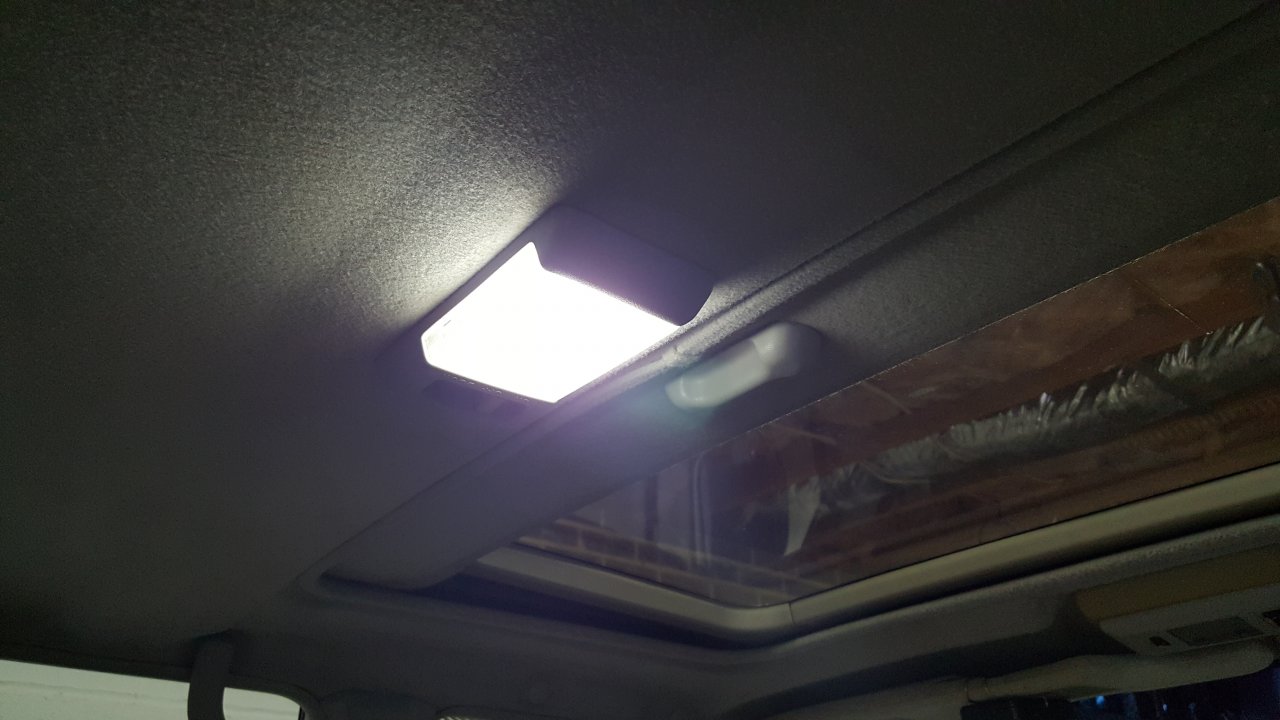 Additionally, I upgraded the paper-cone speakers that had basically disintegrated. Because I'm a big dope, I ordered ones that requires some kajiggering to get them to fit in the doors without hitting the window track, but eventually got them in after lots of swearing and some beer. I'd initially only planned on doing the front driver/passenger, however, after popping off the door panels for the rear, i noticed those had exploded as well and needed replacing. I got some kickers for the rear and some Polk db651 for the front (these made such a huge difference).

So the sound is much better, but I still have some bugs to work out. So far, I still have what seems to be an engine whine in the speakers. Probably poor shielding in the alternator? Also, because I'm such a dope, I left the rear speaker cover laying on the floor and stepped on it. So, uh, if anyone has one laying around I'd gladly take it off your hands :]

Kicker CS4 without cover. I used some RTV between the speaker and the old mounting spacer thing because I was concerned about rattling: 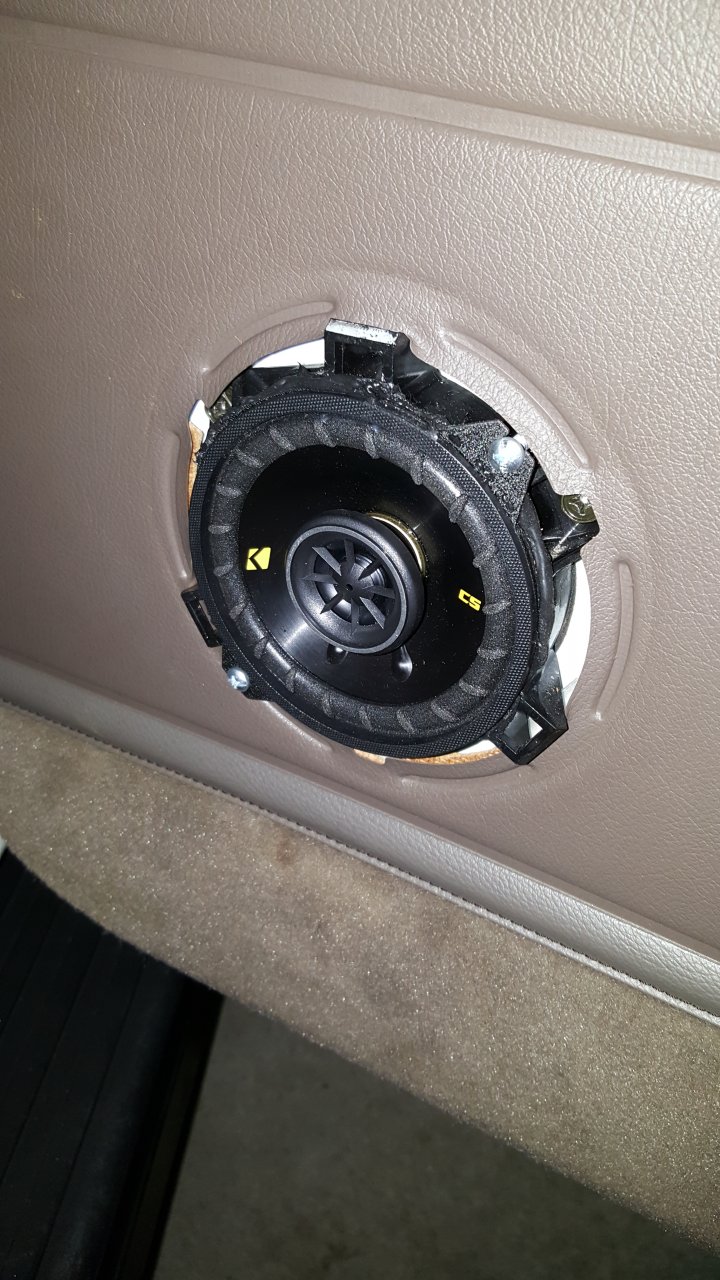 Polk DB651. Had to drill some new holes for this to work, and I was pretty disappointed that I couldn't use the OEM cover. I really don't like the silver guards. I'll probably end up yanking them off and painting them something that goes better with the leather and doesn't clash as much. 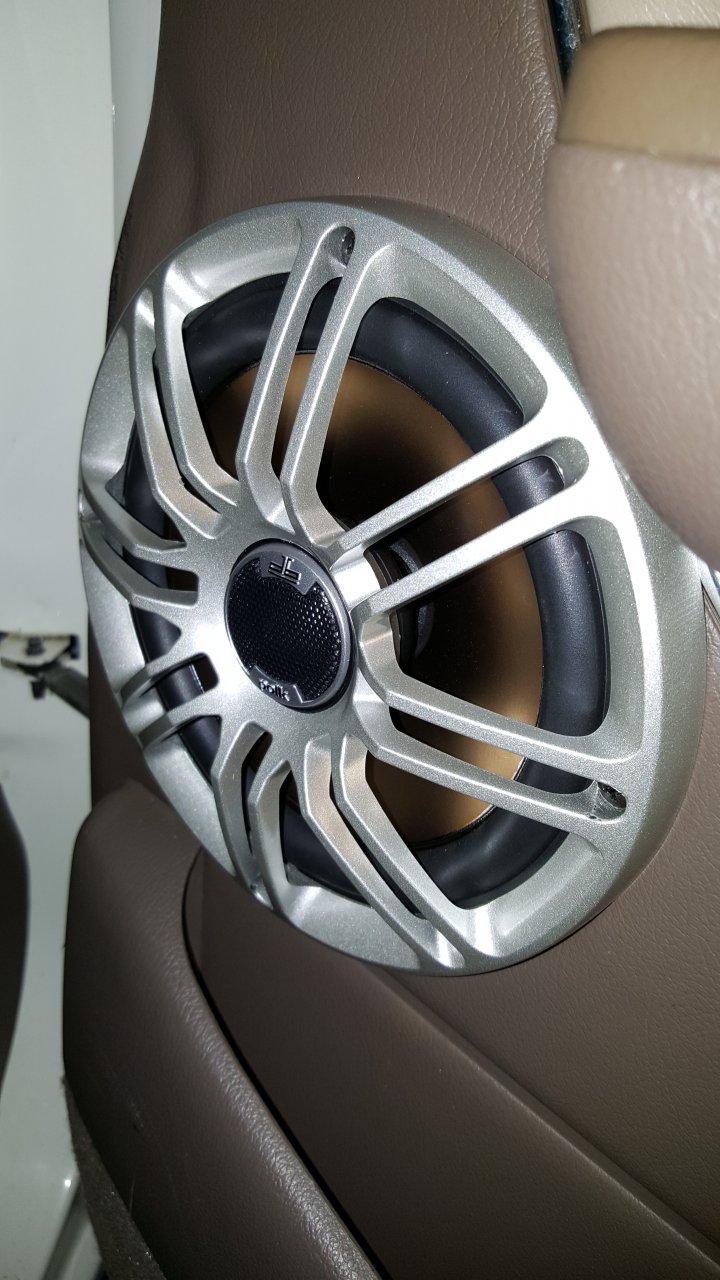 Here's what every last one of the OEM speakers looked like: 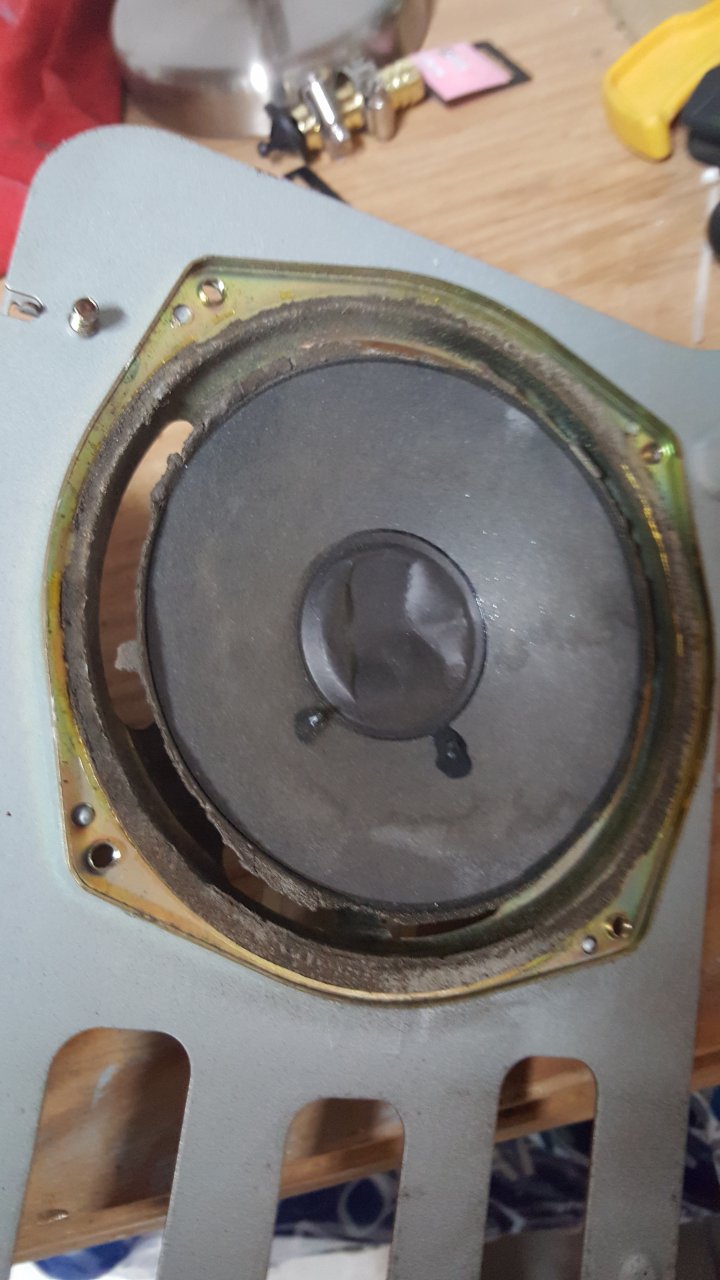 I choose to believe these speakers spent that last few moments blasting some badass heavy metal and gave up the ghost at the final chord.

That's all for now.

Who made your "stealth rails" you posted above? Keeps the factory running boards but adds nice slider/protection. Looks good.

In case you're looking for a replacement in that factory s/w spot, this fit perfectly for me: PH2.65S – Precision Power

cahill said:
Who made your "stealth rails" you posted above? Keeps the factory running boards but adds nice slider/protection. Looks good.
Click to expand...


The prior owner built them, I believe. They're extremely well made.


suadero said:
In case you're looking for a replacement in that factory s/w spot, this fit perfectly for me: PH2.65S – Precision Power
Click to expand...


Thanks! The speaker itself just isn't getting much volume. I'm willing to bet the measly little amp that is attached to it is dead. I'll eventually pickup a real amp and re-wire the speakers, when I do I'll probably pick one of these up. Looks like it'll be just what I need.

Have you replaced the head unit yet?

Your speakers look like mine did! War Eagle, buddy, can't wait to see where you take this build next!

Minor Update! Made a mount for backup camera!

Got a backup camera during black friday for 10 bucks. I wanted to mount under the little canopy above the license plate but didn't want to drill any holes in the tailgate. I designed and 3d printed a little mounting bracket to work with the existing license bulb assembly, I plan on feeding the wire through the same rubber thingy the bulbs use to get into the tailgate cavity. I've already pre-wired the video cable through the other rubber thingy that exits the inner tailgate, i just got to figure out where it leads to. It looks like it goes right above where the spare tire is.

figuring out the rough outline. the math wasn't exactly right, but it worked surprisingly well 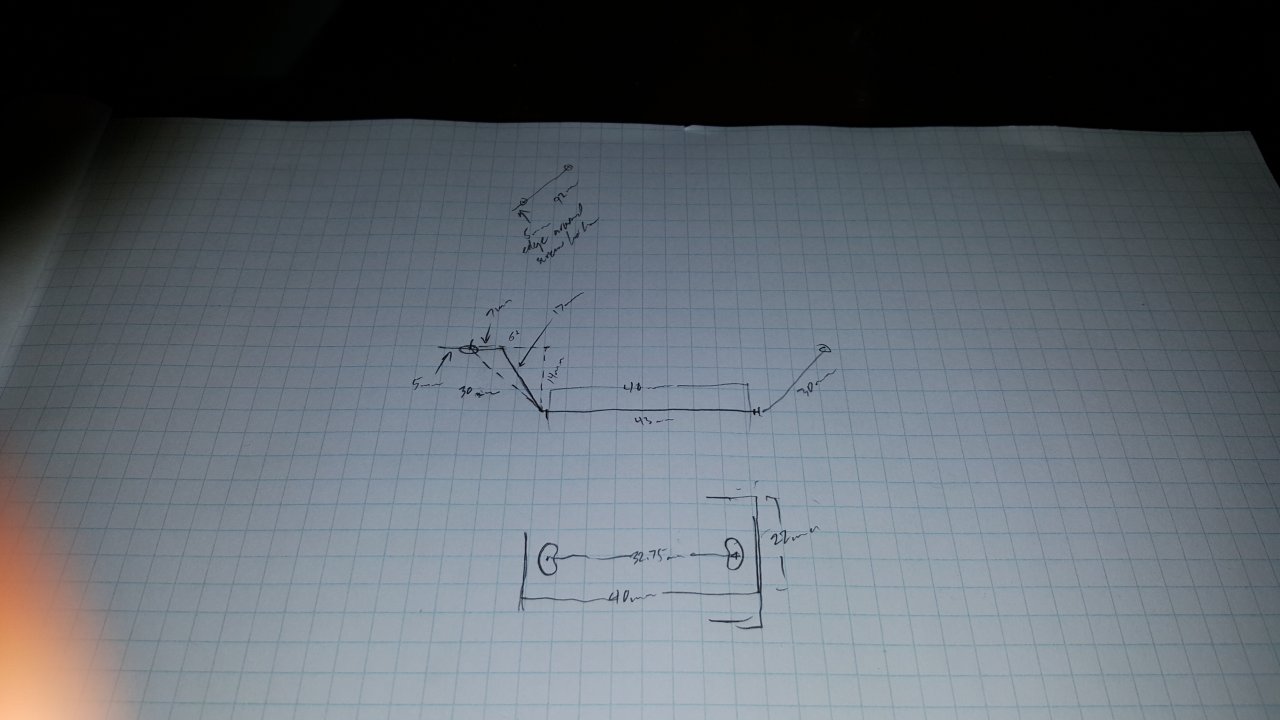 2nd version, the first was a little too narrow for the camera mounting plate. 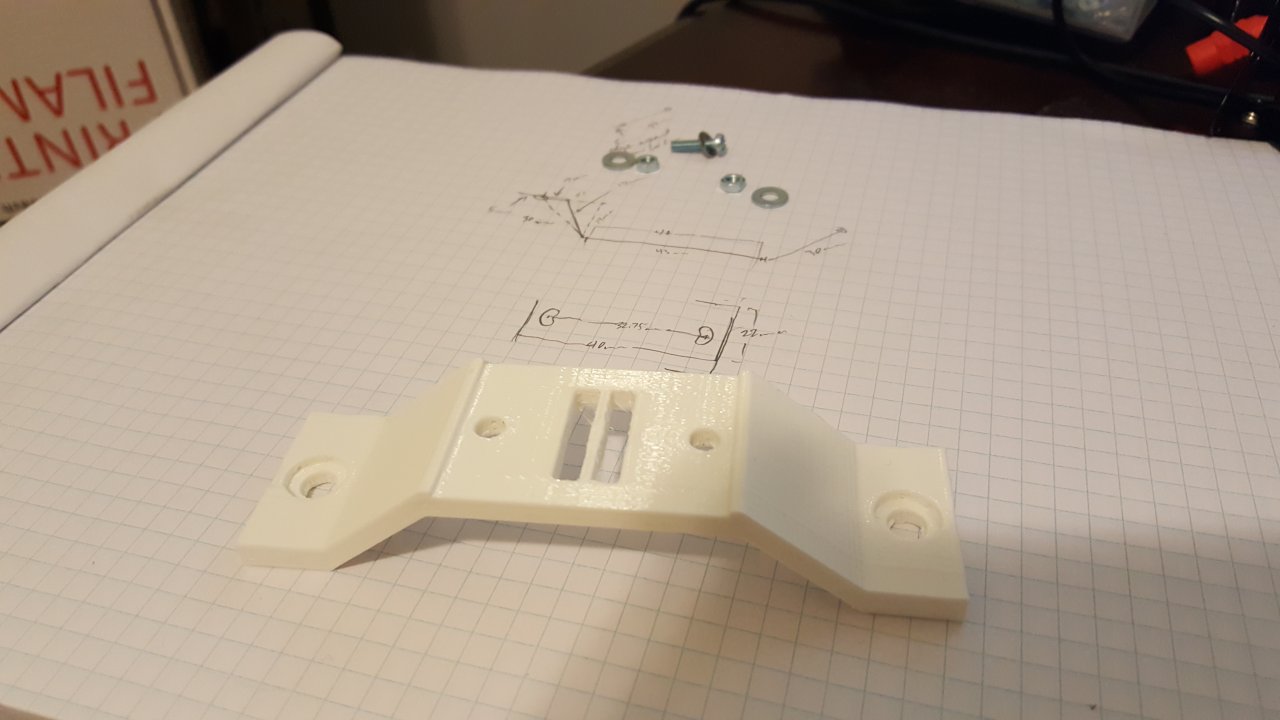 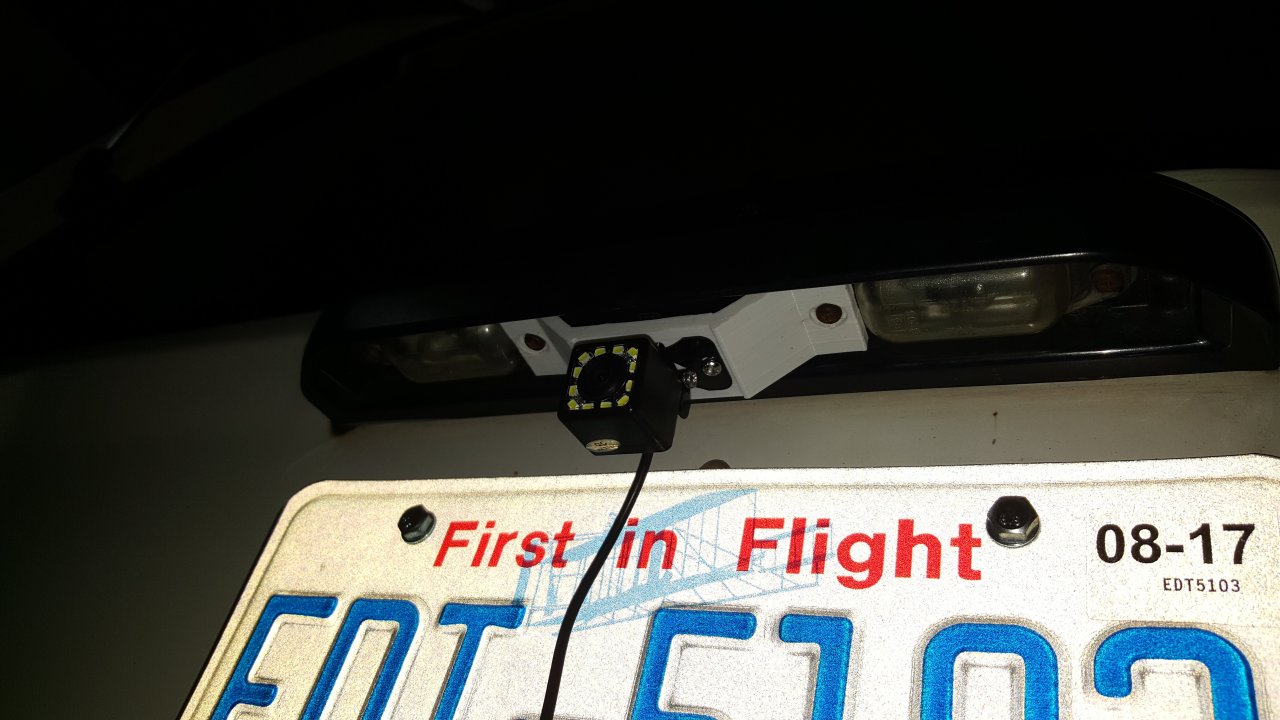 not too shabby for an amateur 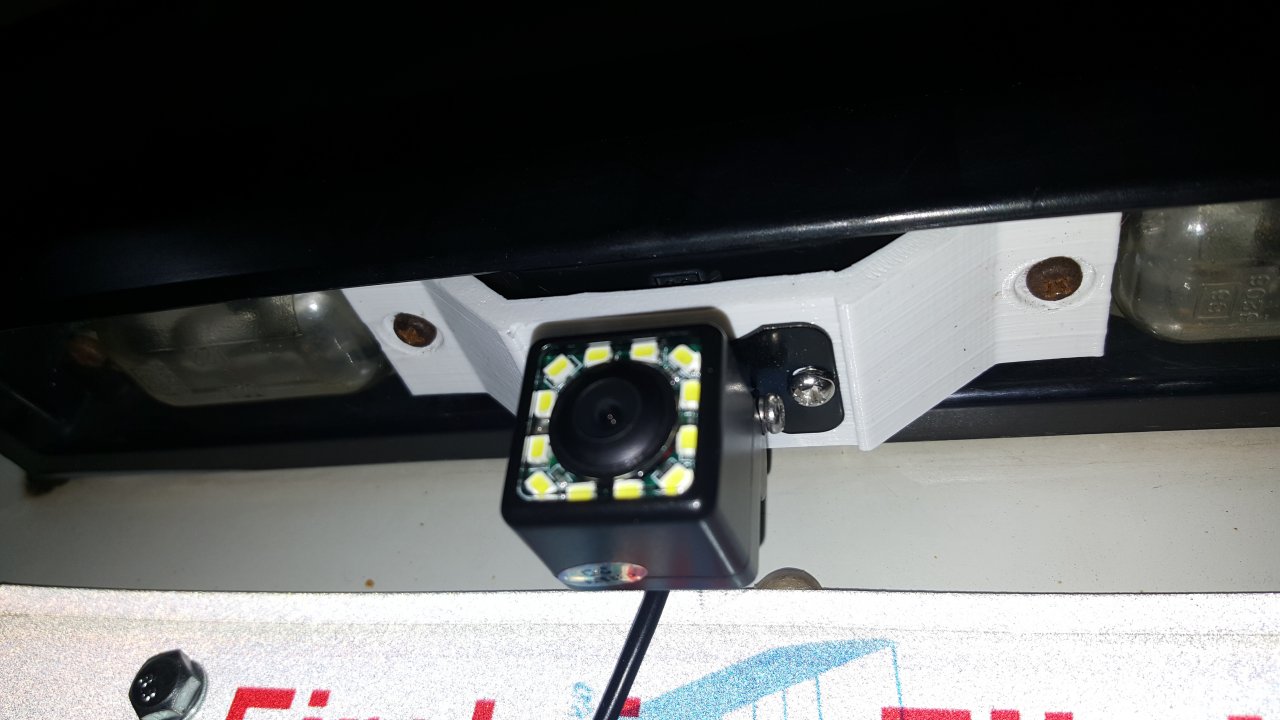 jdsegra said:
Have you replaced the head unit yet?

I haven't swapped it yet. I disconnected the rear sub/amp and that helped a little. I've heard disconnecting the power amp under the front dash removes all of the buzz, but I haven't tried it yet.

I think after the first of the year I'm going to put in the pioneer head unit everyone gets.

jdsegra said:
Have you replaced the head unit yet?

Most common cause of this, so I've read, is the power amp under the dash near the right kick panel. It's subject to grounding issues and can be disconnected without re-wiring anything else.
You must log in or register to reply here.